Amar'e Stoudemire's decision to challenge a fire extinguisher to a fight following Game 2's loss to the Miami Heat was perplexing, vexing and left several questioning his commitment to the team.

The New York tabloids have had a field day with Stoudemire leaving the arena in a sling with his hand bandaged. The $100 million power forward is set to meet with a hand specialist on Tuesday to determine the extent of the damage.

As of now, New York appears set to enter a must-win Game 3 in Madison Square Garden without its starting power forward.

Stoudemire's absence might be a blessing in disguise at just the right time.

I'm not going to sit here and attempt to convince anyone that the Knicks have a shot in climbing out of a two-game hole to upset the heavily favored Miami Heat.

But Stoudemire's absence opens things up for Mike Woodson. He won't be forced to play Anthony and Stoudemire alongside one another on the floor together; a formula that clearly isn't working for New York.

Instead Anthony can slide back to power forward where he was absolutely rolling at season's end without Stoudemire in the lineup.

We've seen this from 'Melo previously—when the Knicks roll out a small lineup and use Anthony at power forward, he's incredibly effective due to the mismatches he creates on the defensive side of the ball.

He brings big men away from the rim, and his unique combination of size and skill allows him to either beat his man off the dribble or find the open man on the floor.

Although the loss of Iman Shumpert (torn ACL in Game 1) will force the Knicks to rely on Landry Fields and J.R. Smith more heavily, this is about Anthony.

When Stoudemire signed his five-year, $100 million contract with the team, there was no doubt about who was the alpha male on the roster.

It's been a different story ever since Anthony arrived.

This is 'Melo's team. Some will argue that it shouldn't be, but those are likely the same fans who were screaming for him to be traded before the mid-March deadline.

Stoudemire and Anthony just don't work together on the floor.

Are they friends off the court? Yes. Are they both talented players? Yes.

Does that mean they're suited to play together in the same starting lineup? Absolutely not.

I've quipped about how Stoudemire should come off the bench behind Anthony at power forward since STAT was rehabbing from his back injury, but Woodson has been adamant about starting Stoudemire as long as he's healthy.

This isn't just about the injury. This is about something much, much deeper that is happening with Stoudemire that seemingly nobody wants to admit.

Sure, we see flashes of Stoudemire looking like his old self. Sometimes, we watch him come off a pick and roll and wonder why he can't be that effective all of the time.

He's not the player he was in Phoenix, but that's the version of Stoudemire New York initially paid for when the club signed him as a free agent.

Stoudemire shot less than 50 percent from the floor for the majority of the regular season.

He took a step back from the foul line for the second straight season, and Stoudemire saw a drop in his average rebounds, steals and blocks from the 2010-11 campaign.

But there's even more than that.

The Knicks have played better without Stoudemire on the floor this season.

Before anyone throws accusations of biased writing in my direction, allow me to clarify.

Stoudemire is slowing this team down.

Here's the scoreboard with Stoudemire on the floor this season:

With Stoudemire on the bench?

That's nearly a 10-point swing on a full-game level. Yes, the Knicks transformed from a lottery team into an elite team when Stoudemire left the court.

After sitting out all of April with a bulging disc in his back, Stoudemire returned for the Knicks' final four regular season games.

Is it a coincidence that Anthony (who only played in three of those games) failed to score more than 20 points in two of those three contests?

Before Stoudemire's return, Anthony had scored more than 25 points in seven of his previous nine games.

And all that talk about how Stoudemire and Anthony just don't fit together? There's more to that, too.

Playing Carmelo Anthony and Stoudemire together was a lost cause. Actually, the Knicks outscored opponents on average by 8.4 points per 48 minutes this season when Anthony played without Stoudemire.

I recognize that the Knicks are going through a lot. No Shumpert, Tyson Chandler is at less than 100 percent, a gimpy Baron Davis and Jeremy Lin still being out as well is a lot for any team to endure.

This notion that Stoudemire's absence will definitely hurt the Knicks is entirely based in opinion.

When it comes to Anthony and Stoudemire fitting together, perhaps now is the perfect time for the Knicks to stop trying to fit the round peg in the square hole.

Some games Philly gets the best of Embiid, some games they don't. They'll need him to show up every night to succeed 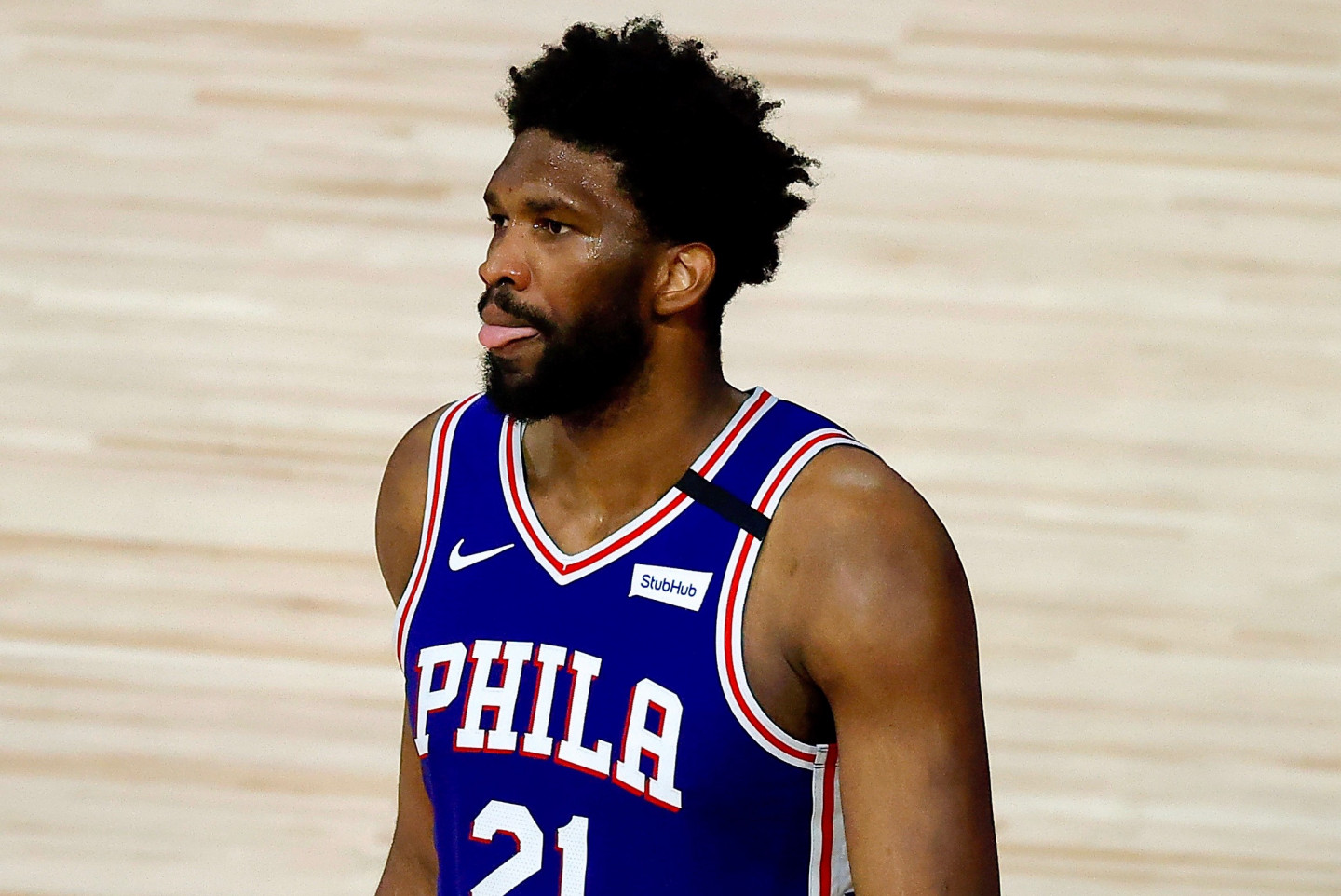