Why is it that footballers just can't keep themselves out of trouble? Of course, other sportsmen have abused the letter of the law, but more often than not it's a footballer making the front and back pages.

Then there are those footballers we know will never be involved in this sort of nonsense, those such as Paul Scholes, Ryan Giggs, Michael Owen, and Steven Gerrard. Oh wait, let's scratch that last name off, seeing as the Liverpool captain was arrested and charged with ABM and assault.

After helping his club to cement a top spot with a resounding win over Newcastle on Sunday, Gerrard decided to celebrate with his mates in a Southport nightclub. Old Liverpool hero Kenny Daglish was there himself and onlookers described his mood as merry.

Why not? You've just scored two in a brilliant victory, so enjoy yourself.

However, soon after Daglish departed, the England midfielder got into a fight with the club's DJ, Marcus McGee. Gerrard had requested a favourite of his, a Phil Collins song, but McGee refused, as he is well within his rights to.

A fight broke out. Well, a fight is usually evenly matched; this was a battering. McGee lost a tooth and needed several stitches to a face wound. The extent of Gerrard's alleged involvement is unclear.

In the hours after the incident, blood was seen on the club floor, along with shattered glass.

The Champions League winner was arrested with five other men. He was detained for 21 hours and was charged, along with John Doran, 29, and Ian Gerard Smith, 19, both of Huyton, where Gerrard grew up.

Now, those are the ins and outs of the incident. You make up your own mind and draw your own conclusions. But if Gerrard is found guilty of the offence, he could face a maximum of five years in prison.

However scandalous that may sound to the Gerrard-worshiping Liverpool fans, do you think we would get off lightly if any one of us assaulted and caused harm to a DJ? Of course not.

The fact that Rafa Benitez has come out and defended Gerrard, calling him "a lovely guy" only adds further intrigue to the scenario. Sorry Rafa, but I've known plenty of "lovely guys" who lose it for a second and face the consequences at a later date.

Here's hoping that the truth comes out and Gerrard wasn't involved in the actual harming of Marcus McGee. However, if he was, throw him inside for a few months. It's what would happen to you and me, so why not him? 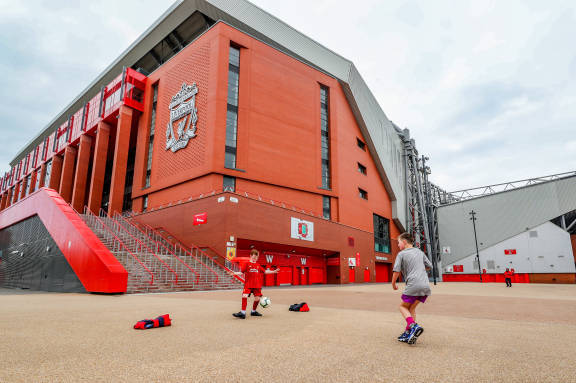