In an age when there's always a bigger and better product on the way, the sports industry has manufactured a way to continuously produce top-notch coverage, various media outlets, promotional advertising and much more.

The market for sports is unlike any other. It's competitive, washing out the weak and rewarding the savvy. By understanding the different ways these markets and promotions work, we're able to depict which markets are growing and which ones are collapsing.

With the “Blue Chips” sports—such as the NFL, MLB, NASCAR and college athletics—commanding most of the American gusto when it comes to producing revenue and maintaining a loyal audience, it becomes difficult for other sports markets (like mixed martial arts) to squeeze their way into the homes of millions.

The Ultimate Fighting Championship, better known as the UFC, has done everything in its power to get to where the company is today. Owned by parent company Zuffa, the UFC is currently the biggest MMA promoter in the world, capitalizing on high pay-per-view rates and dynamic marketing strategies.

But where does the sport stand against the other well-marketed juggernauts? It depends.

The UFC has an extremely bright future, but not a lot of people are paying immediate attention to a combat sport that's sometimes bloody and brutal. 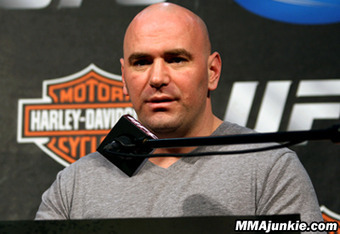 However, besides the rules and regulations of the sport itself, the UFC has transformed into one of the most productive sports companies in the U.S. Since Zuffa bought the company back in 2001, the UFC has gone from a $2 million product to a billion dollar industry.

The reasons for such a drastic turnaround in only a matter of a decade can be directly related to the company's strategic marketing, demographic targeting and international promotions. UFC President Dana White has been a major asset to the sport's emergence in American society, helping MMA reach the majority of males from the ages of 18-34 by offering reality shows, video games, commercials and a newly adapted transition to airing fights via Facebook.

All of these efforts have immediately made the UFC a powerhouse in the PPV industry. Just over the past three years, the UFC has ranked No. 1 in PPV revenue across the world.

In 2008, the company estimated to have more than five millions viewers worldwide, while producing seven of the top 10 grossing PPV events in the country. In 2009, White and company once again built the company logo, producing more than eight million viewers.

All of that has been good and well for the future of the sport and its popularity throughout the U.S., but the UFC's foundation in the mainstream market was never more evident than last year. In 2010, more than nine million people ordered UFC PPVs, helping the company record a record-setting $411 million revenue line.

Not to mention they once again produced seven of the top 10 highest-grossing PPV events, punishing the boxing and professional wrestling industries. 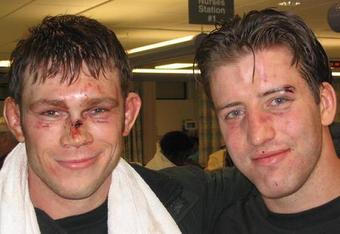 At this point, the sky is the limit.

The UFC has maintained its appeal to the public by allowing its fighters to gain recognition worldwide, mainly through Spike TV's reality show The Ultimate Fighter. The show is currently in its 14th season after making its debut back in 2005.

Basically, it's been a strategic way for the company to get their young, talented fighters watched on TV. During each episode of the show, alongside the actual PPV events—which are held from Las Vegas to Toronto, Canada—UFC sponsorship has been a main promoter in making the sport more reputable. Harley Davidson and Bud Light lead the way in ringside sponsorships and have been able to attract an audience that has stayed loyal to a sport that features their favorite products.

Another facet of the UFC's foundation for vast promotions are the recent commercials that the company has trusted their future in.

Partnerships with ESPN, K-Swiss and TAPOUT Clothing have been tremendous stepping stones for the sport's tactical insurgence into America's mainstream sports market. High-profile fighters have been asked to represent the company in these funny but sport-informative ads.

The UFC has also maintained their willingness to attack younger males as their target audience, evident in the company's production of more commercials featuring personable fighters promoting Amp Energy Drink. 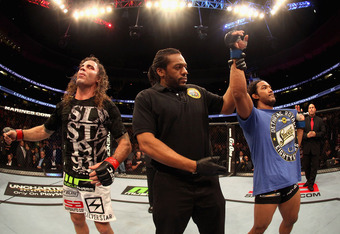 With the promotional aspect of the sport seemingly being carried by key advertising, video games and TV shows, the UFC has done something that no other sport has had the brains to do—market the sport on one of the most popular media outlets ever: Facebook.

The UFC has recently introduced one of the most innovative attempts at targeting a vast audience by airing fights on Facebook. With a simple “like” of the UFC Facebook page, anybody in the world can log on and watch fights for free.

Granted, many of the fights are under-card bouts that don't have the immediate appeal to make main PPV cards, its accessibility and promptness during the age of information is still second to none.

As the future of sport revolves around the American public's acceptance of MMA into mainstream society, the UFC's most recent attempt at recognition has put the company into hyper-speed.

Starting in 2012, the UFC and FOX will start a seven-year deal that will feature UFC fights, reality shows, PPV replays and more via the FOX Network. That includes FOX, FX, FOXsports.net and Fuel TV.

Based on the current plan, the UFC is set to make $100 million per year. That number may not be extremely gaudy compared to the NFL or NASCAR, but the current TV deal has allowed the sport to dip its feet into the mainstream sports network.

The UFC will ultimately be able to match the audiences that other highly respected sports endure. White and Joe Silva, who serves as the UFC's main fight creator, will have the advantage of offering fans free championship fights via the FOX network.

So instead of paying $44.95 to see your favorite fighters, current fans and potential viewers will be able to watch bouts for free. This strategy will employ the UFC with a chance to show some of their most important fights, sort of like the Super Bowl, NCAA Final Four, MLB Playoffs and everything NASCAR. 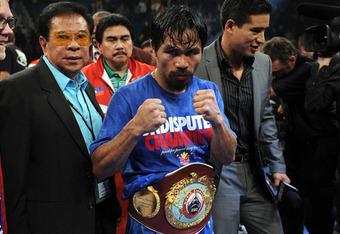 Following the future plans of the UFC and FOX, FX is set to host 32 live events per year on Friday nights, allowing the UFC to capitalize on time slots that often prove deadly for other sports.

One of the biggest advantages for the company in broadcasting their fights to the mass public is its immediate takeover of the boxing world. Boxing has always been the UFC's main competitor, attracting combat sports fans away from a more diverse market that is MMA.

What the company has done with FOX will ultimately result in boxing's disappearance as a serious threat to the UFC, allowing the sport to adopt boxing fans that no longer have the bank accounts and fan-hood to pay attention to a dying sport.

So why does the UFC serve as the next big thing in sports?

It's simple. The UFC, more specifically MMA as a whole, has the mass appeal to not only stretch its wings across the country, but worldwide.

The UFC already employs dozens of fighters from Brazil, Japan, England and Canada. Mixed martial arts has always been popular in Asia, and with the current plan that the UFC has set forth for the future, the sport will reach millions upon millions of new followers.

White admits that he truly believes the UFC could potentially host 100 PPV events worldwide every year, allowing the company to severely threaten the NFL's $7.6 billion yearly income that takes the cake currently.

But, as we've seen in the past, the NFL has failed in attracting a fanbase outside of the U.S. People just don't see American sports as a worldwide market.

However, the UFC has the ability to do the impossible. If the UFC decides to host events in Japan, Brazil and even India, it could instantly double their yearly revenue.

Not to mention the other advertising, TV deals and promotional expansion the company would have at their disposal.

As we enter the new decade, there's no reason why the UFC can't capitalize on its current market strategies and make strides in becoming one of the most popular companies worldwide. The company has already formed a strong audience through television, video games, the Internet, PPVs and clothing lines.

Once boxing concedes and other sports fans realize that the UFC isn't as brutal as people make it out to be (it's actually safer than boxing), Zuffa's 2001 purchase could turn out to be the smartest financial decision they've ever made.

Just in the past five years, MMA has filtered into this country, teaming up with some of the most marketable products around, including ESPN, Bud Light and now FOX.

To think that this sport isn't on the rise, especially on a marketing and advertising level, is extremely closed-minded. 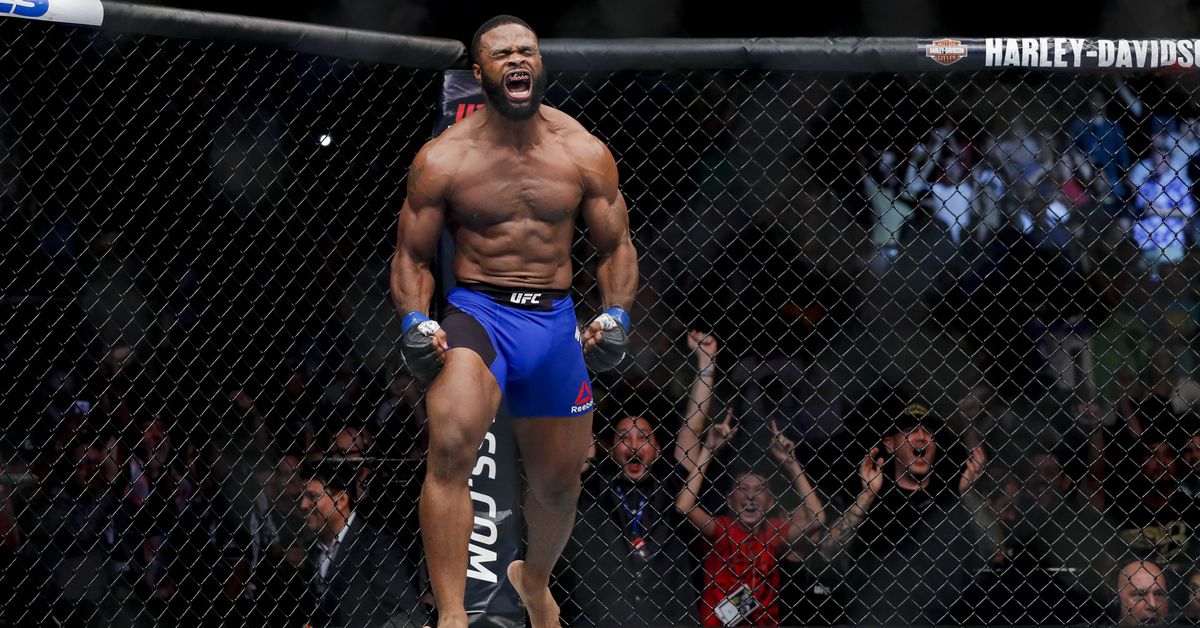