WWE: 10 Wrestlers That Work Better as Faces Than as Heels 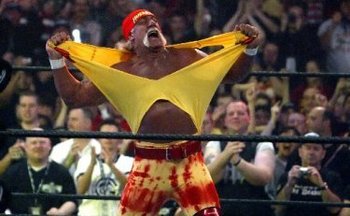 Professional wrestling has always been about good versus evil, heroes versus villains, babyfaces versus heels.

Some wrestlers are born to make people despise. JBL, for example, does not have the sympathy to be a successful face.

Others that are incredibly versatile and can work from both sides of the spectrum with equal success.

There are also those that the fans would not believe in as heels and, finally, there are the select few that have enjoyed such successful face runs that their work as heels has been over-shadowed.

In this article, I will list ten wrestlers that function better and whose characters make more sense when they have the crowd cheering for them. 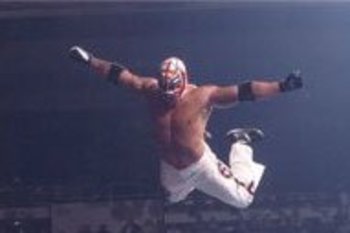 Rey Mysterio's small stature and billing as the "Ultimate Underdog" would make it very hard for the fans to take him seriously as a heel.

He is a huge fan-favorite and his superhero-like characteristics have always been extremely popular with the younger demographic.

Mysterio also works a fast-paced, exciting, "Lucha Libre"-based style. This would have to take a hit in terms of intensity, as the WWE like their heels to work a slower, more methodical style that constantly cuts off the babyface's attempts at a comeback.

Randy Orton is an example of a wrestler who has been able to alter his moveset to include more exciting moves since turning face. It would be almost impossible for Rey Mysterio to adapt on the other side of the spectrum. 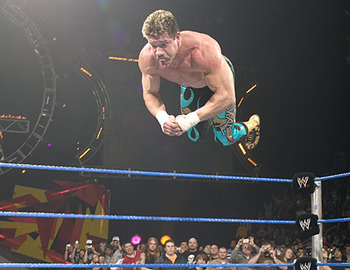 Eddie Guerrero was one of a rare breed of wrestlers who could cheat to win and yet still kept his babyface status.

The fans loved him for his cheekiness and his feigned innocence while he blatantly broke the rules behind the referee's back.

Eddie Guerrero had a unique ability to make people feel good when they watched wrestling and was a hugely popular figure.

Loved by the fans and well-respected by the rest of the locker room, Guerrero had paid his dues throughout the wrestling world and had bundles of raw wrestling talent.

Guerrero was also instrumental in the rise of Smackdown, during which he had great matches with the likes of Benoit, Booker T, Rey Mysterio, Kurt Angle and the Undertaker.

The only person that he could have worked with to turn him heel was Rey Mysterio. The two did work together on a number of occasions with Eddie as the villain.

Nonetheless, he will always be remembered for his time as a lovable babyface whose charisma and ability to make people laugh was unrivaled. 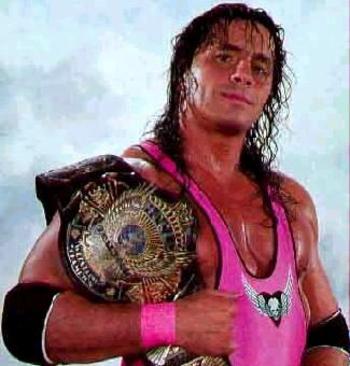 Bret Hart's technical wrestling ability and his his distinctive look and attire made him a superstar in the early '90's.

Hart had a unique fan base that believed in the "Hitman" as a wrestling character and as a person. He was often mobbed by fans, particularly in Europe.

In his autobiography, Bret claims that at one point, he even received more fan mail than the "Hulkster" himself.

Bret was also adored in his native Canada, and the Hart family were always shown deep respect north of the border.

Hart's heel turn, which was designed to keep him a fan-favorite in all countries besides the U.S, was not as much of a success as the WWF would have liked. The fans found it difficult to turn on such an ultra-talented worker, and he clearly had a problem trying to make the people jeer and boo him. 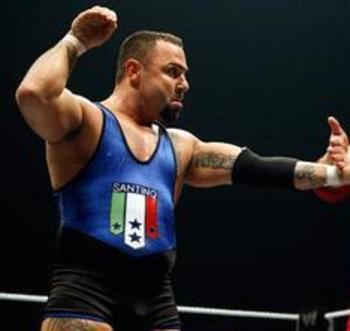 Santino is an extremely gifted comedian, and while his wrestling skills leave something to be desired, he will always be a successful comedy character.

He has an incredible talent to make people laugh with his mispronunciations and his innocent portrayal of a buffoon.

But Santino was heavily criticized as a heel and nearly caused this fan favorite to lose his job with the WWE for good. 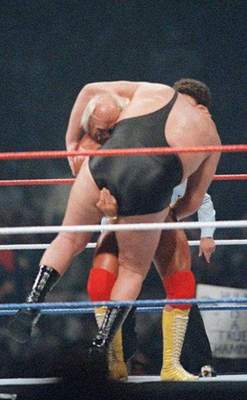 "Hulkamania" was a real presence in the 1980's, as millions of children bought into the real-life superhero-like persona of the "Hulkster."

He was the ideal face for the newly branded "Rock 'N Wrestling" era that the WWF was broadcasting, and he was also the ideal face for the fans to cheer. He was perfect at portraying the All-American hero that would do battle with the foreign villains such as the Iron Sheik or the anti-patriotic Sergeant Slaughter.

Hulk Hogan drew more money than anyone in the history of the business, and only Stone Cold Steve Austin has ever come close to achieving the mainstream popularity that Hogan enjoyed.

His main-event match with Andre the Giant at WrestleMania III and the subsequent bodyslam will go down as one of the most iconic moments in wrestling history.

His heel run in the NWO was a fresh approach for his character, but when he returned to the WWE as the "Hulkster," the fans went crazy. It is a testament to Hogan's charisma and marketability that he still sold tickets after all those years as a heel. 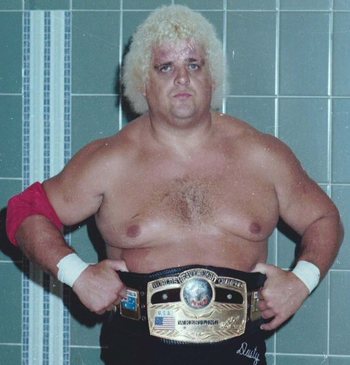 Dusty Rhodes was one of the most popular wrestlers of his era, and his classic feuds with Ric Flair characterized what the NWA was all about.

He represented the common people and although he did not resemble an elite athlete in any shape or form, he was able to get over with the sheer emotion of his promos.

His "hard times" promo after his return from injury will go down as one of the most heartfelt speeches in wrestling history.

The way he reached out and appealed to the people and made it clear that he was going to win the World Heavyweight Championship for the people was inspirational.

It was very obvious why the "American Dream" received such adulation from the adoring fans. A heel incarnation of his working class persona would not have been nearly as successful. 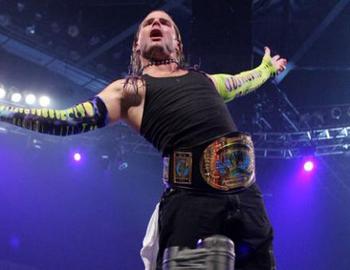 Jeff Hardy had raw talent and a connection with the fans that was almost unique.

Whether he was in the main event scene or not, he always received screaming adulation during his matches.

His willingness to take big bumps and to put his body on the line for the crowd's entertainment was always appreciated and admired.

His character was always that of the underdog who continually came close but never quite reached the top of the mountain.

This side to him was so well built-up that when he eventually became a World Champion, it made for a special moment.

His heel persona in TNA has not been nearly as well-received, as he does not have the mic skills to pull off a convincing and successful turn. 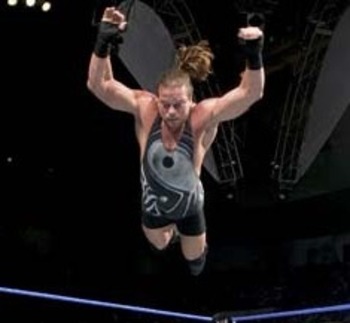 Rob Van Dam has always had a special connection with the fans and remains the "golden boy" of ECW to this day.

An intense, yet athletic in-ring style combined with an easy charisma made it very difficult for fans to turn on RVD.

When Van Dam won the WWE title in the ECW Arena from John Cena, he was wrestling for the anti-establishment culture that detested Cena.

The crowd reaction when Paul Heyman made the three-count was electric. This moment will go down as one of the greatest moments in wrestling history.

RVD is a personality that people find it very easy to believe in and to get behind, and he will always be remembered for his great babyface run in the WWE. 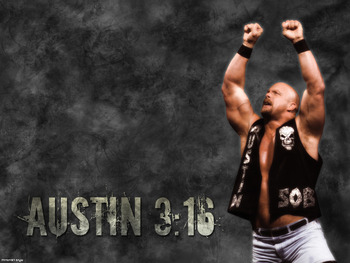 Steve Austin was adept as a heel in World Class Championship Wrestling and in WCW, where he played a narcissistic blonde.

Austin also had a successful heel run in the WWF after he first became "Stone Cold".

But the fans quickly started to get behind him and to appreciate his foul-mouthed and rebellious antics.

They eventually turned him face during a Submission match with Bret Hart in which Austin refused to tap out the Sharpshooter despite bleeding profusely from the head.

This was the birth of the anti-hero and helped to kick-start the "Attitude Era" in which Stone Cold Steve Austin would become a sensation.

He continued to show villainous tendencies, but the crowd loved him for it. The "Austin 3:16" phenomenon subsequently exploded during his feud with Mr McMahon.

It was a rivalry that everyone could relate to between a working-class man and his evil, crooked boss.

With Steve Austin as the face of the company, the WWF achieved record TV ratings and pay-per-view buy rates.

So when Austin turned on his fans and sided with Vince at WrestleMania X-7, the fans did not buy it.

It was very difficult for Austin to inspire a negative reaction even after a vicious beat-down on his old friend, Jim Ross.

Stone Cold later admitted in his autobiography that turning heel was the worst thing that could have happened to his career despite his enthusiasm for the idea at the time.

It is very unlikely that we will see a run like Austin's again in the WWE for a very long time. 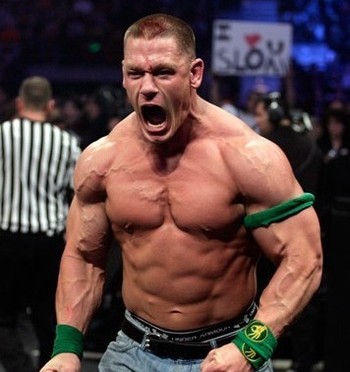 This is probably the most controversial selection, as there are many Internet fans that detest Cena who used to love his "arrogant rapper" gimmick.

Many people have speculated about the repercussions of turning Cena heel in the current WWE environment.,

While it may be entertaining, Vince McMahon would not throw away the astronomical merchandise sales that the WWE Champion generates.

He has an incredibly loyal fan-base, and no one can get the crowd on the edge of their seats like Cena.

Whether they are cheering or jeering, the fans always make noise on hearing his entrance music.

His "Superman" character that often buries more talented wrestlers and his limited in-ring talent have made him deeply unpopular with the IWC.

However, he is the perfect face for the child-friendly "PG Era" and only Hulk Hogan and Stone Cold Steve Austin can boast a better face run.

Cena has charisma to burn, and his passion for the wrestling business coupled with his renowned work ethic make him the perfect role model for young wrestling fans.

He has also worked to improve his in-ring skills and has recently been involved in some great matches.

I am not John Cena's biggest fan, but in terms of his marketability and support, no one in the modern era can rival Cena.