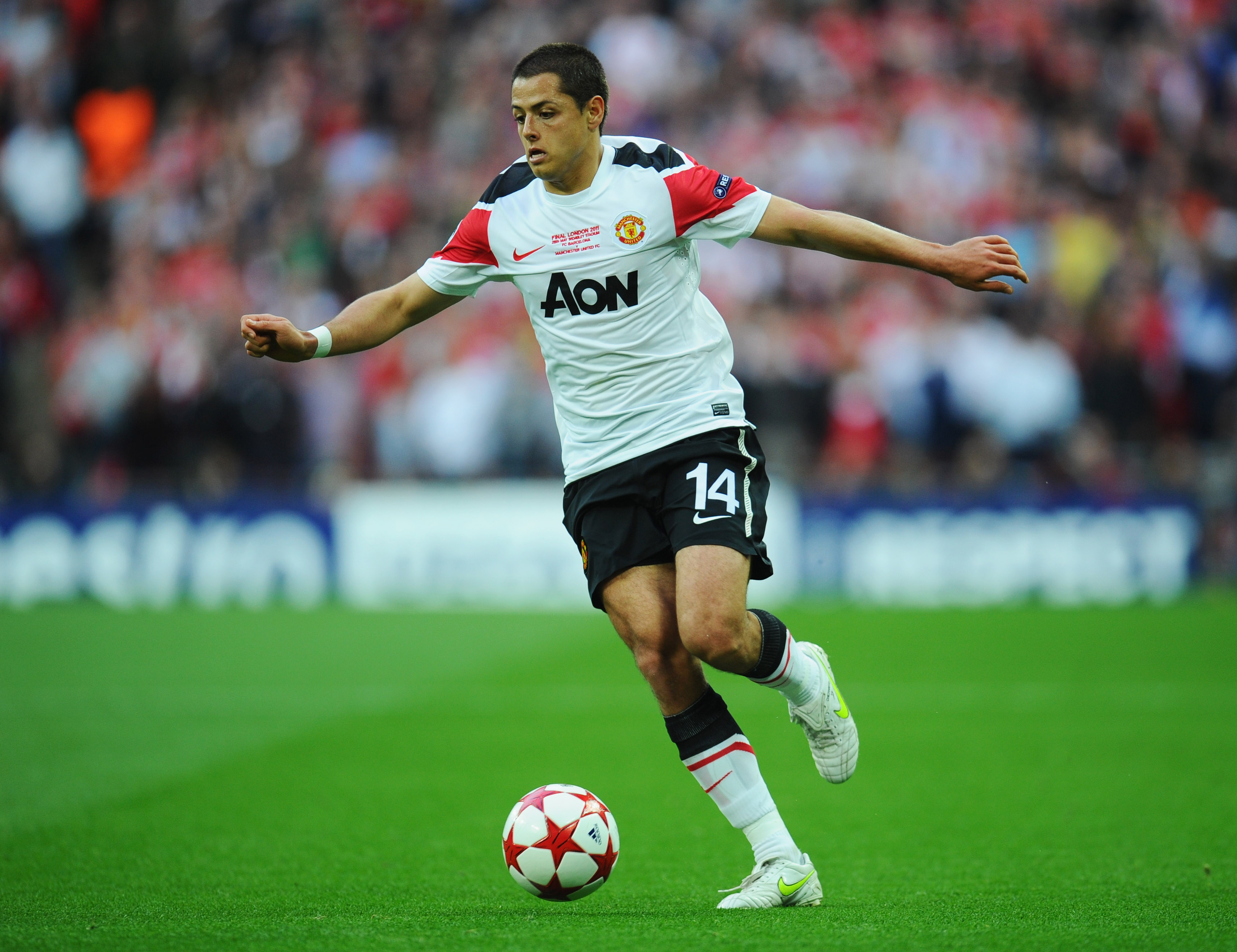 Another year, come and gone. With the end of the season, the opportunity to review the highs and lows is irresistible.

The Bleacher Report plays school teacher and hands out grades to the Premier League aces and dunces. Grades are based on expectations and realistic capabilities of the team and are not tied strictly to final standing. 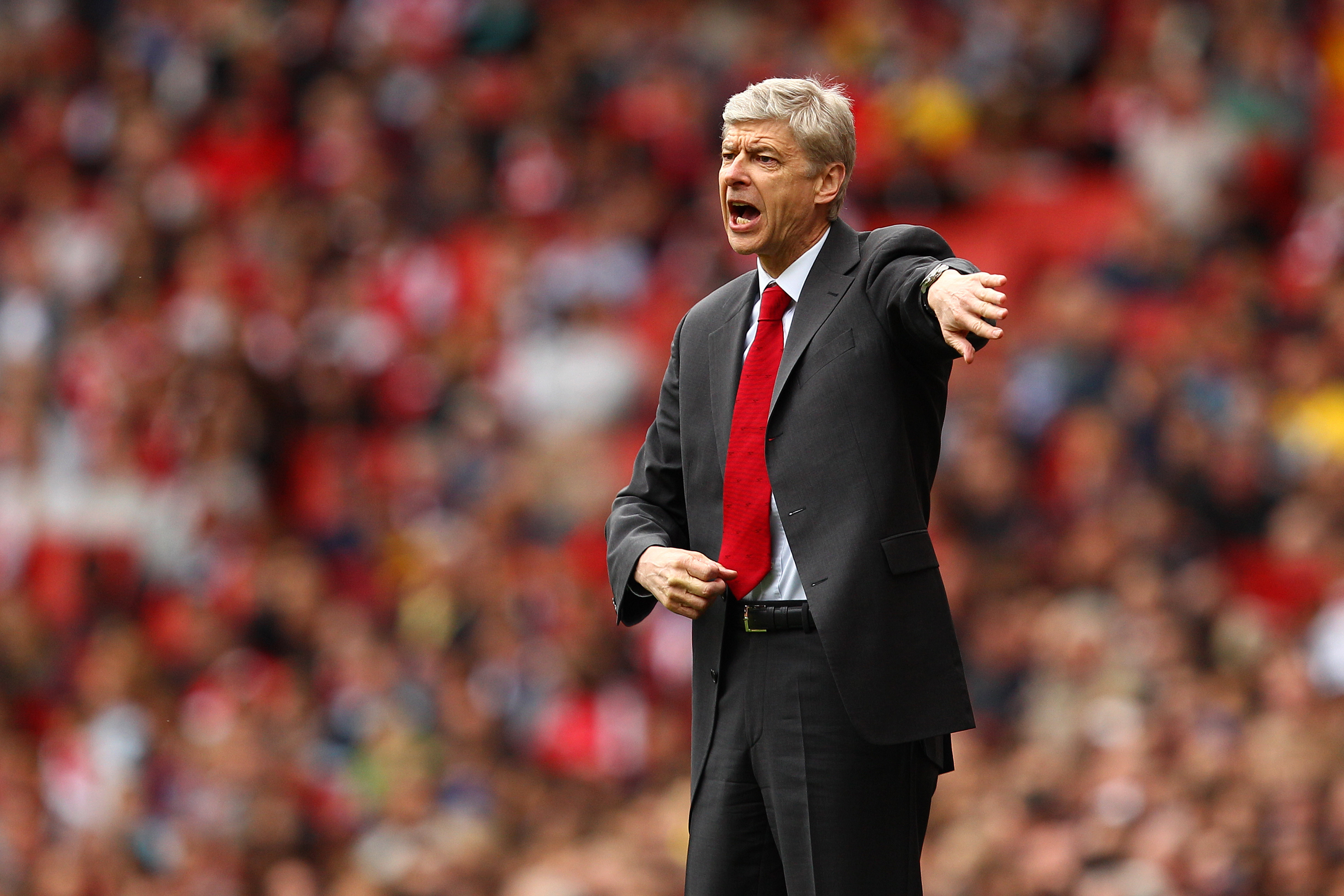 Another deluding season from the London club who continue pair dazzling football with mediocre results. A lack of new (effective) talent—Marouane Chamakh failing to live up to expectations and Sebastien Squillaci failing completely—surely played a part.

Notoriously trophyless for the past six years, Wenger came closest to undoing his winless streak in the Carling Cup Final, only for a Laurent Koscielny/WojciechSzczesny mishap to gift Birmingham, now relegated, the Cup.

The nose dive in the League from second to fourth, the implosion at the Camp Nou and a general lack of any killer instinct made this a year to forget for the Gunners fan. 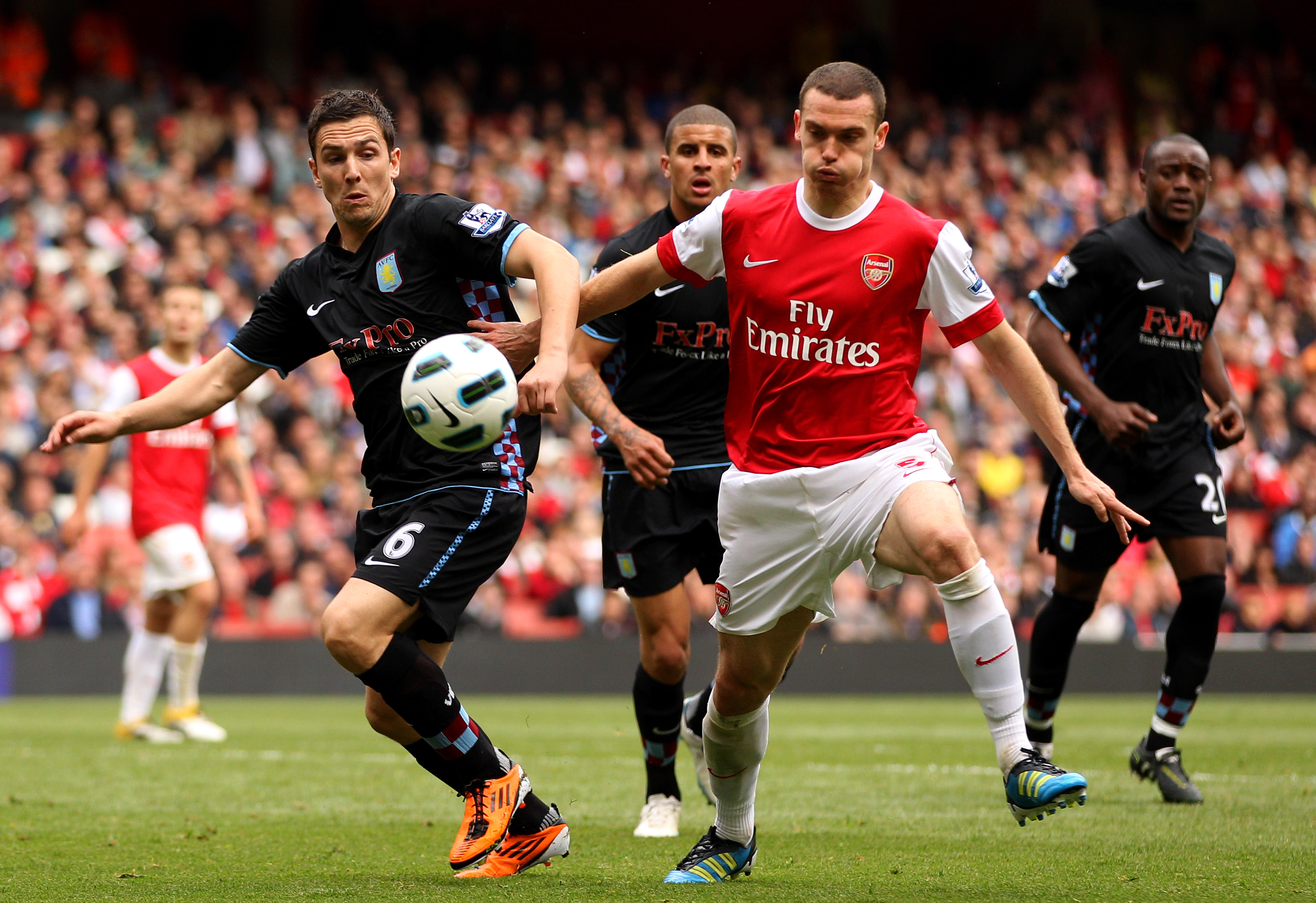 Lucky. Very lucky. That Villa somehow landed in the top half remains a miracle defying science as the Villains refused to hold on to any points, cups or rivalries.

While Stewart Downing, Ashley Young and Darren Bent (Villa’s record signing) all had an admirable campaign, they were let down by an average team. Wins against Arsenal and Liverpool deceptively capped off a season of constant battle above relegation, and fans can expect more of the same should the club make no real changes. 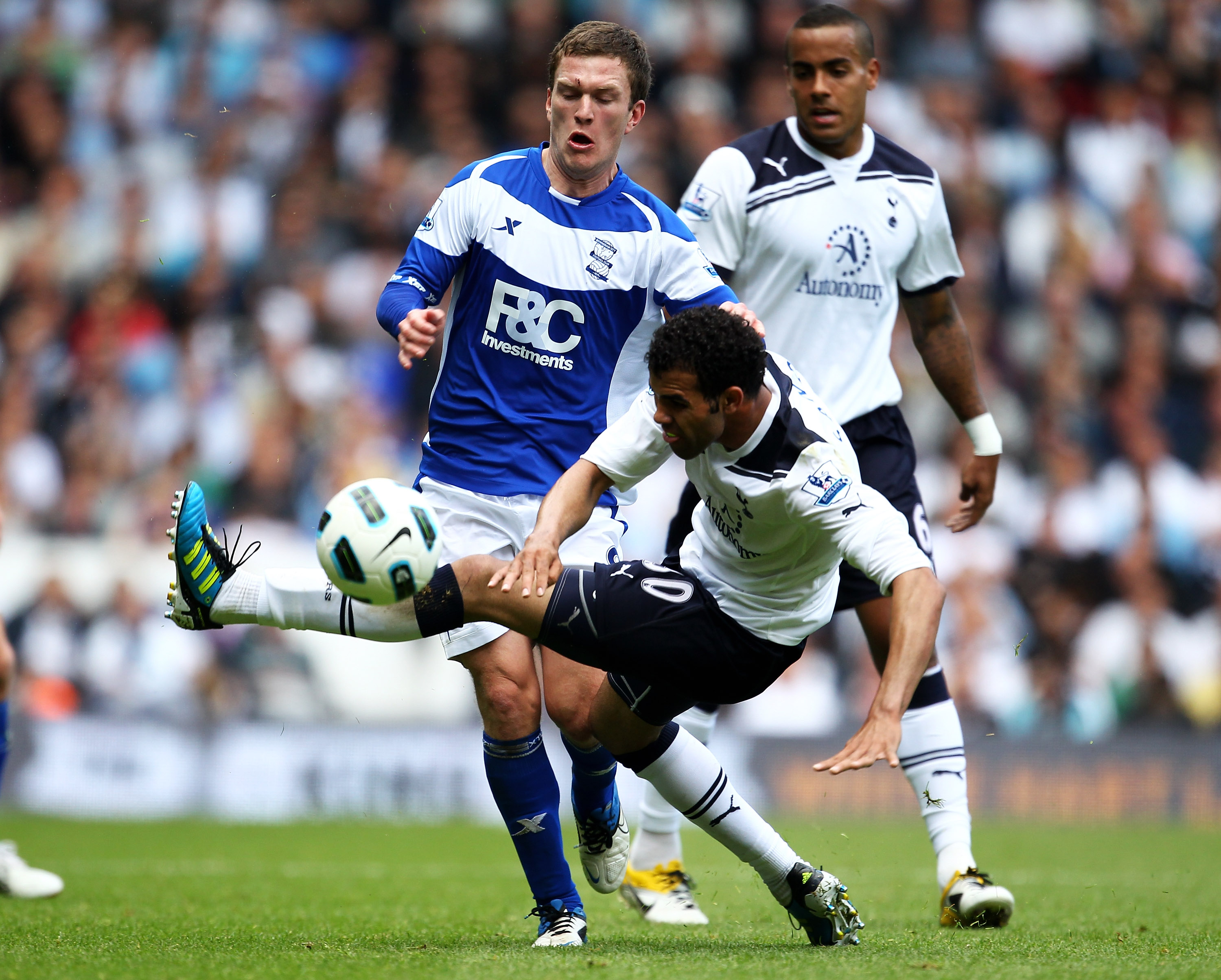 With a woeful minus-26 goal difference (courtesy of a paltry 37 league goals), Birmingham City’s woefully negative football was not enough to retain their place in England’s top flight.

In cruise control after beating Arsenal in the Carling Cup Final, they garnered a pathetic single point from their last six games of the seasons. Neutrals will be happy to see them gone. 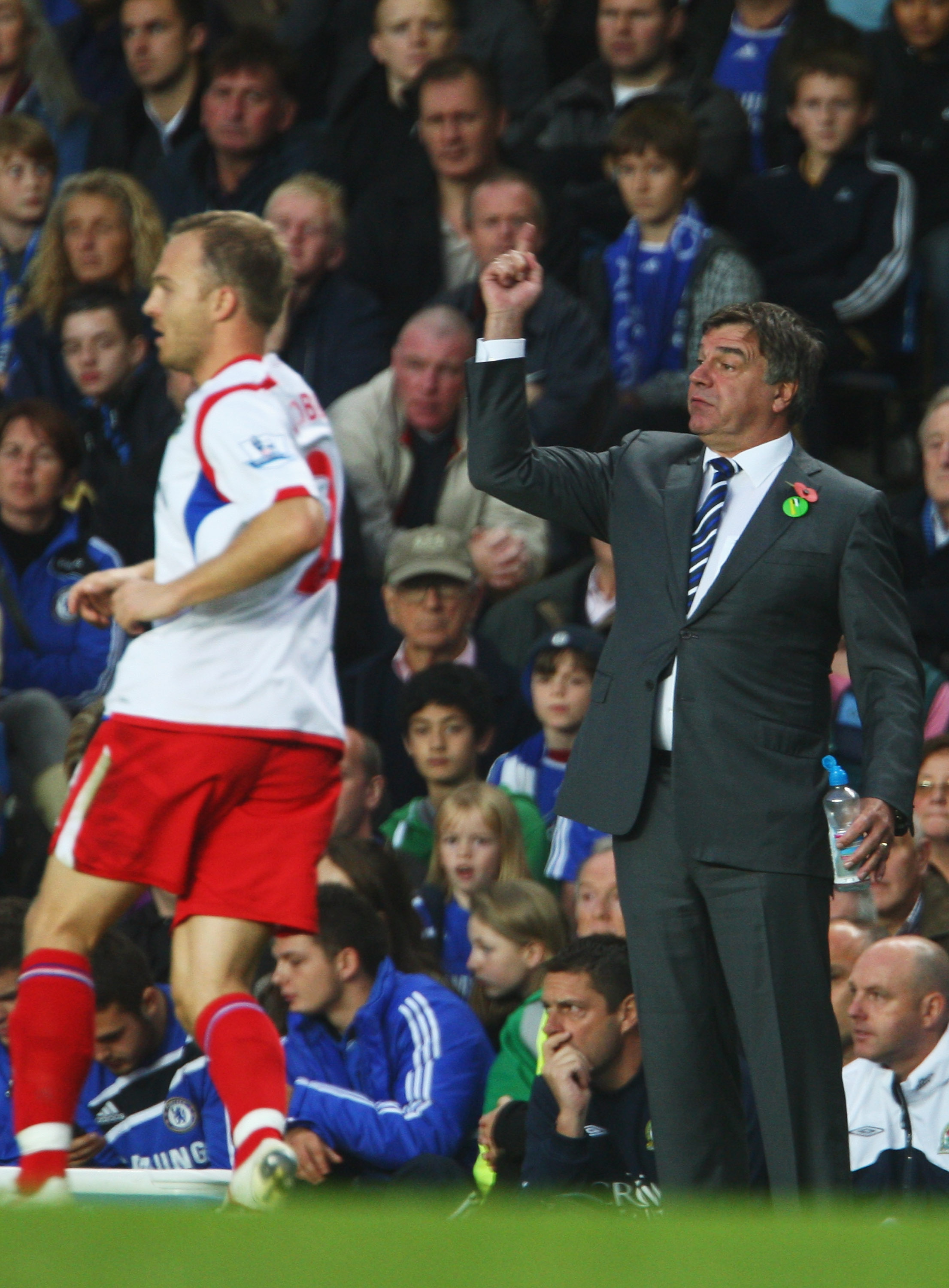 Dodged the bullet. The Rover’s tottered on the edge of relegation the length of the season, undone by the blundered sacking of Sam Allardyce and the star-dazed exercises in futility that were the attempts at signing David Beckham and Ronaldinho.

Blackburn also have the dubious honor of the season’s longest winless streak, set at 10. 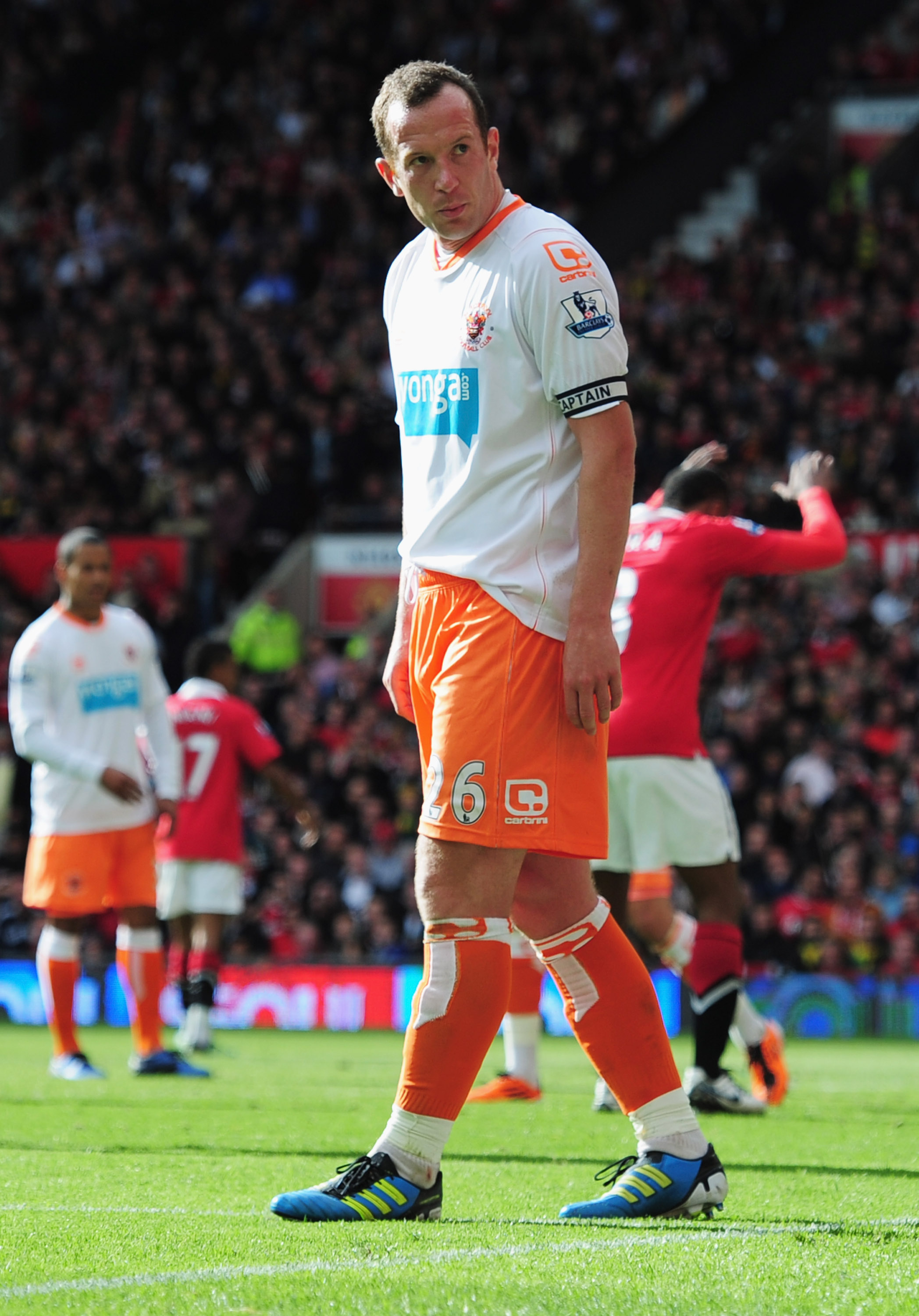 The most entertaining team of the season. Though they conceded the most goals (78) and share the longest losing streak (five), soccer fans of all stripes will miss the free-for-all attacking football of the Tangerines.

Charlie Adam stood out as a particularly bright note, and non-Blackpool fans selfishly hope he may find a way back into the Premier League next season. 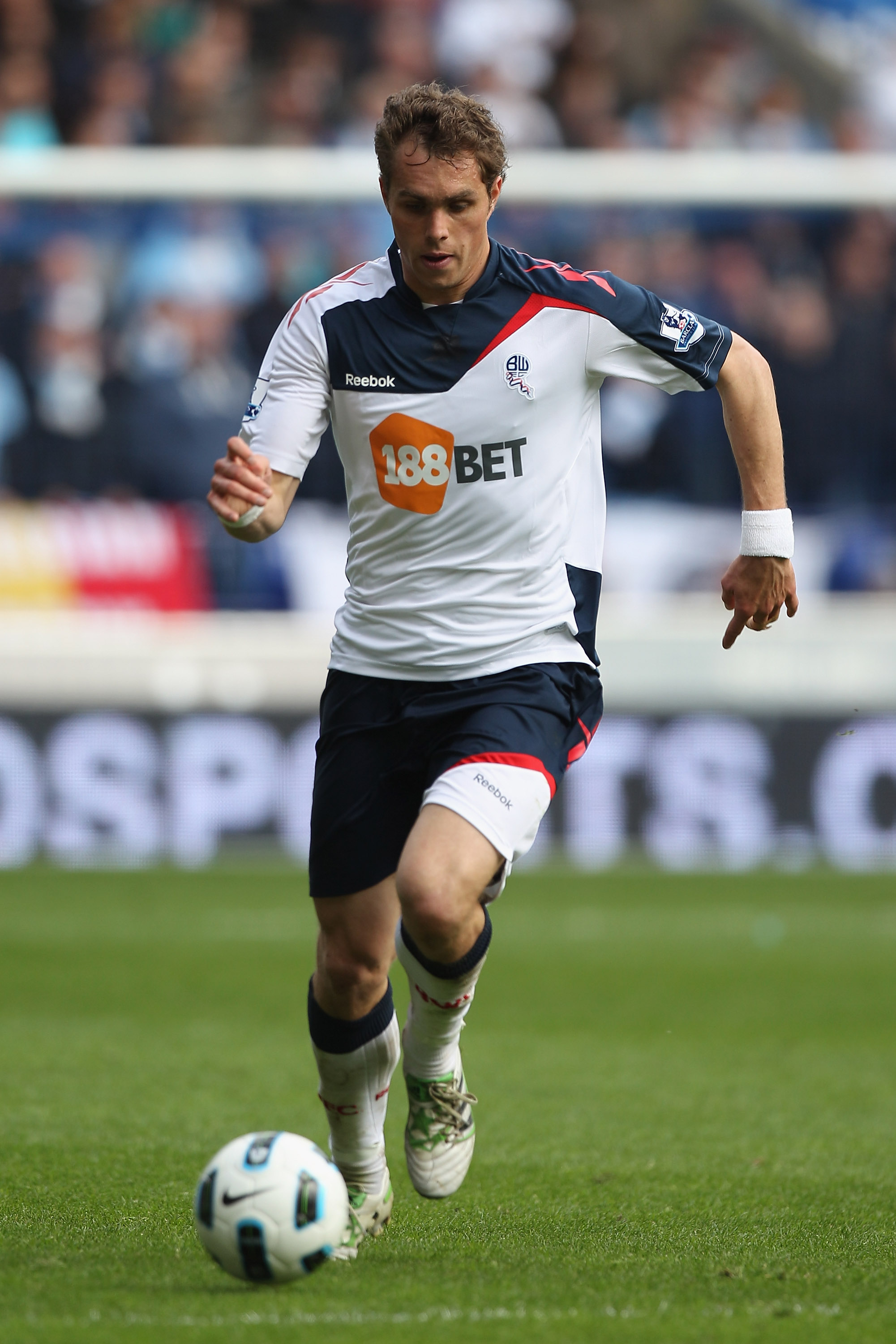 A decent season, despite clocking in at 14th, with the 4-2 win over Tottenham and the 5-1 clobbering of Newcastle particularly good. Bolton’s standing misrepresents the team’s respectable performances, undone in close games and by thing margins.

Johan Elmander, with his 10 goals and seven assists, and Daniel Sturridge were great fun to watch, but as both will likely be leaving in the summer, the Rovers will have to quickly repair the front line if they are to improve into 2012. 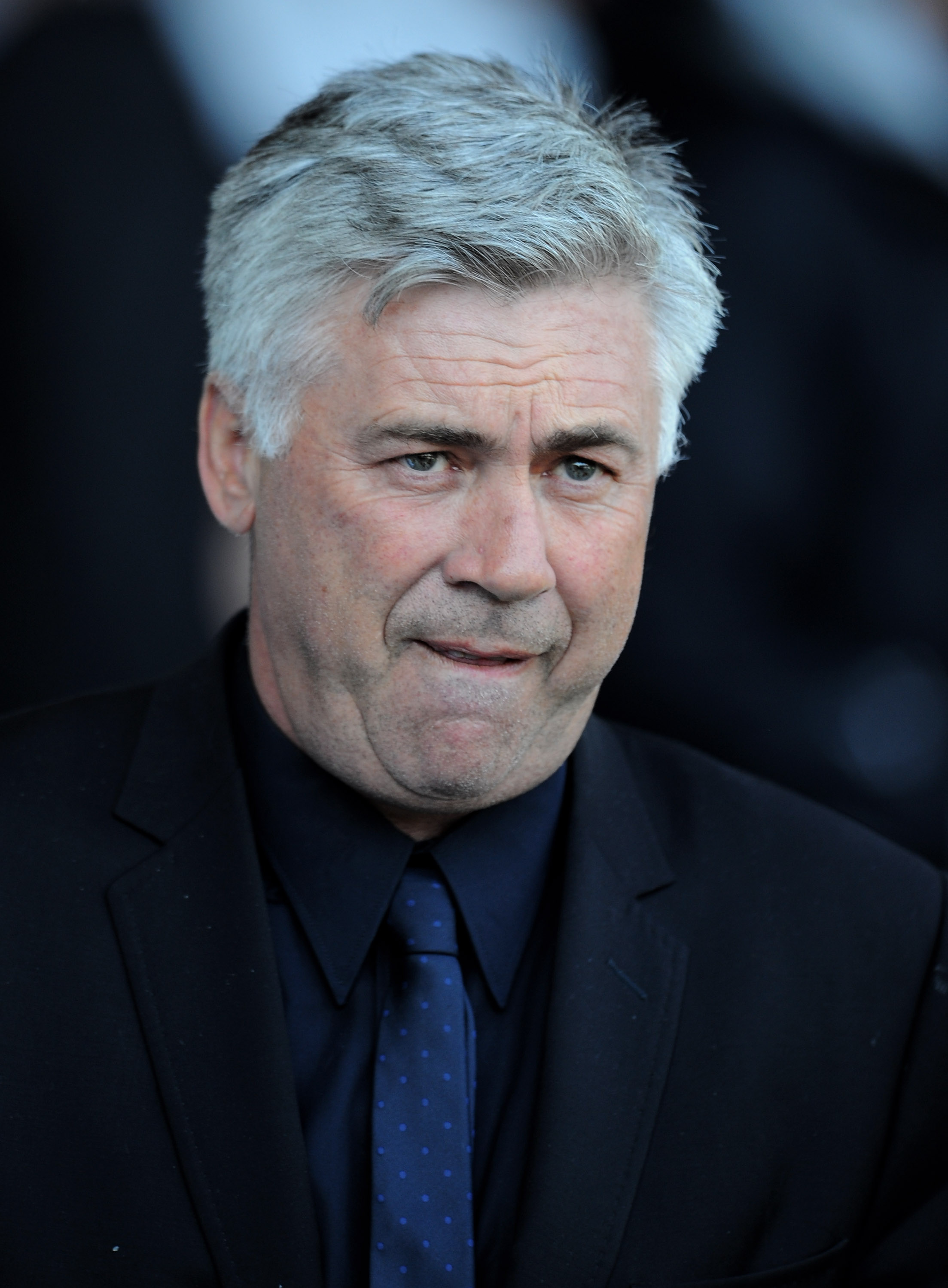 2010’s success was the swan song of an aging side in need of rejuvenation. The holding champions didn’t play like a championship side at all this year, tripping up early and often in the opening stage of the season (with the injury to Alex being a considerable influence).

Lackluster in all respects except defensively (conceding only 33 goals, Chelsea have the best rear guard record in the EPL), Chelsea somehow still clawed themselves to a quarterfinal place in the Champions League and a distant second to the Red Devils.

Still, David Luiz has proven to be an inspired signing, while Fernando Torres can only improve. With an interesting transfer market in the works for Chelsea, next season may hold different fortunes. 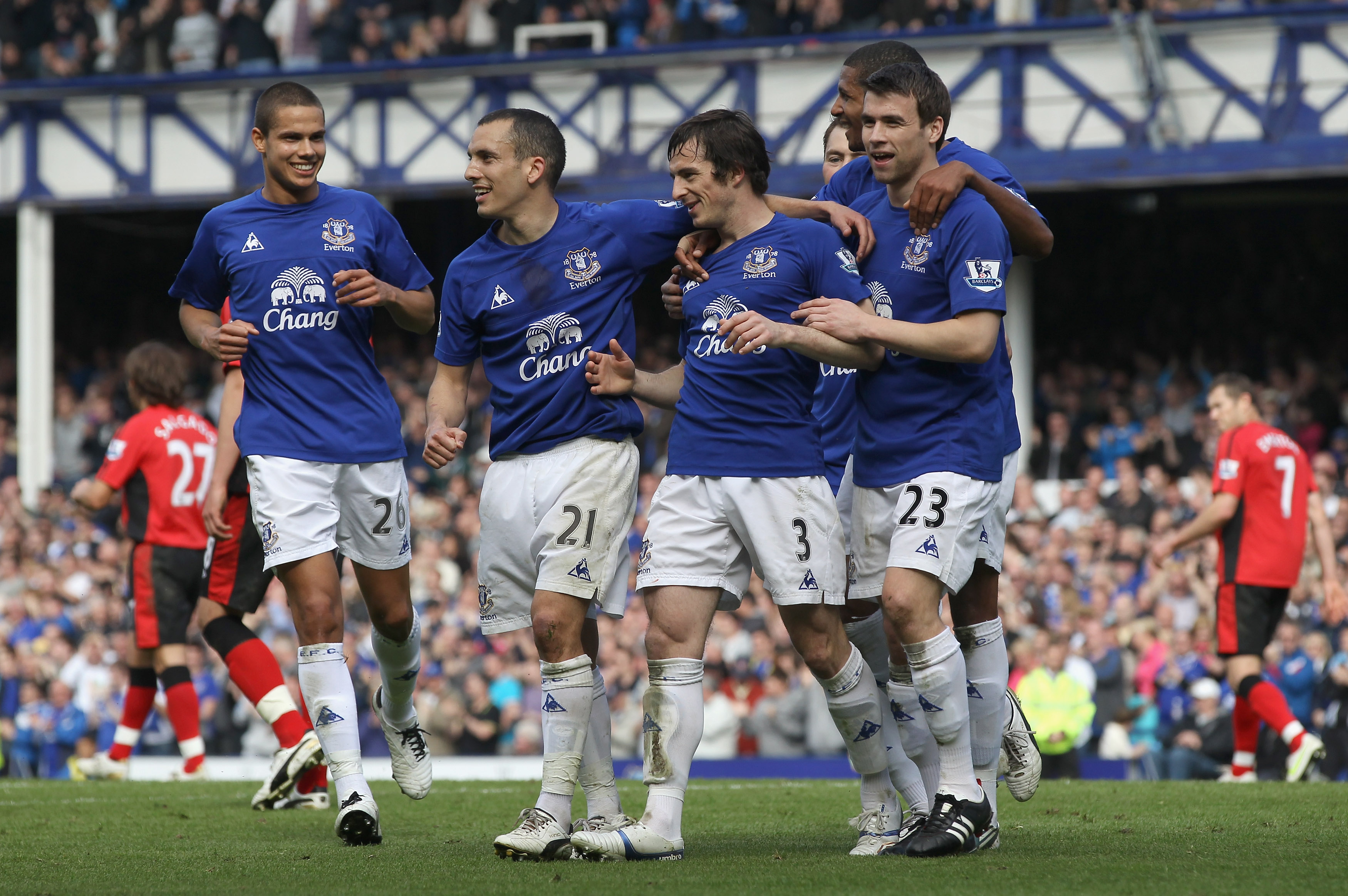 Hamstrung by the worst possible start, middle of the season results—including a 2-0 defeat of Liverpool— saw the Evertonians manage a respectable seventh place, right behind the Reds they so love to hate.

Leighton Baines on the left played every minute of the Premier League this year and has established himself as England’s go-to left back. Fans should be worried though, as rumors of his departure are ubiquitous. 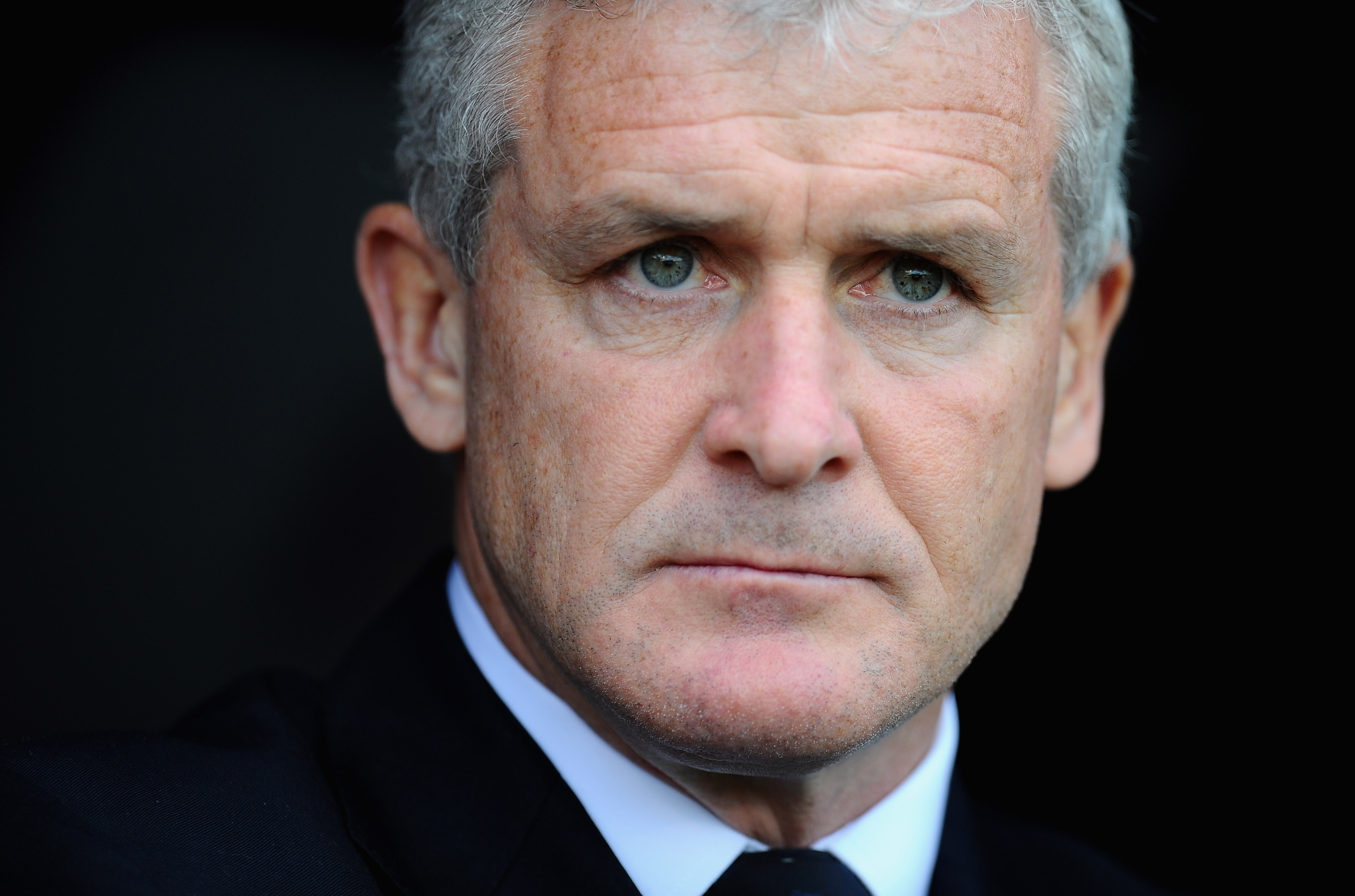 Mark Hughes picked up where Roy Hodgson left off last year, finsishing once again in the top half (despite recurring injuries to top players). Clint Dempsey was particularly good, and the Cottagers can look forward to next year’s Europa League Competition. 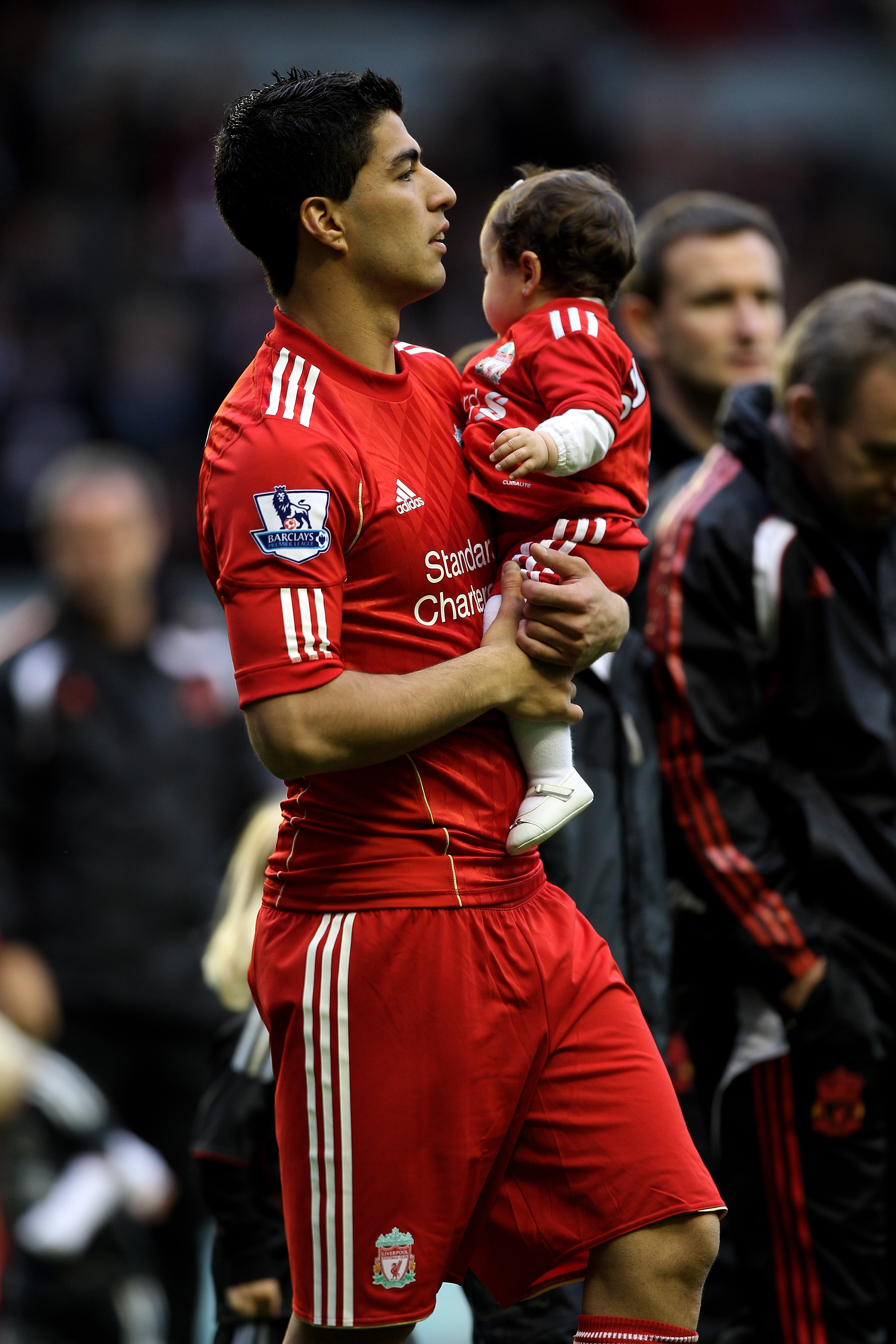 It was, to paraphrase, a season of two halves. Under Roy Hodgson, the Reds continued last year’s dismal run of form, exacerbated by a particularly poor crop of signings—Milan Jovanovic, Joe Cole, Paul Konchesky and Christian Poulsen now names consigned to live on in infamy—losing to Manchester City, United and Everton in quick succession.

But with new owners came new responsibilities. The takeover by the New England Sports Venture, the reappointment of Kop legend Kenny Dalglish and the swap-of-the-season purchase of Luis Suarez and Andy Carroll changed everything at Anfield.

The 3-1 mauling of the anointed champions and sworn nemeses Manchester United stands out as the performance of the season. Then 3-0 against City, 5-0 against Birmingham and the double hat tricks from Maxi Rodriguez means the faithful have something to hope for. 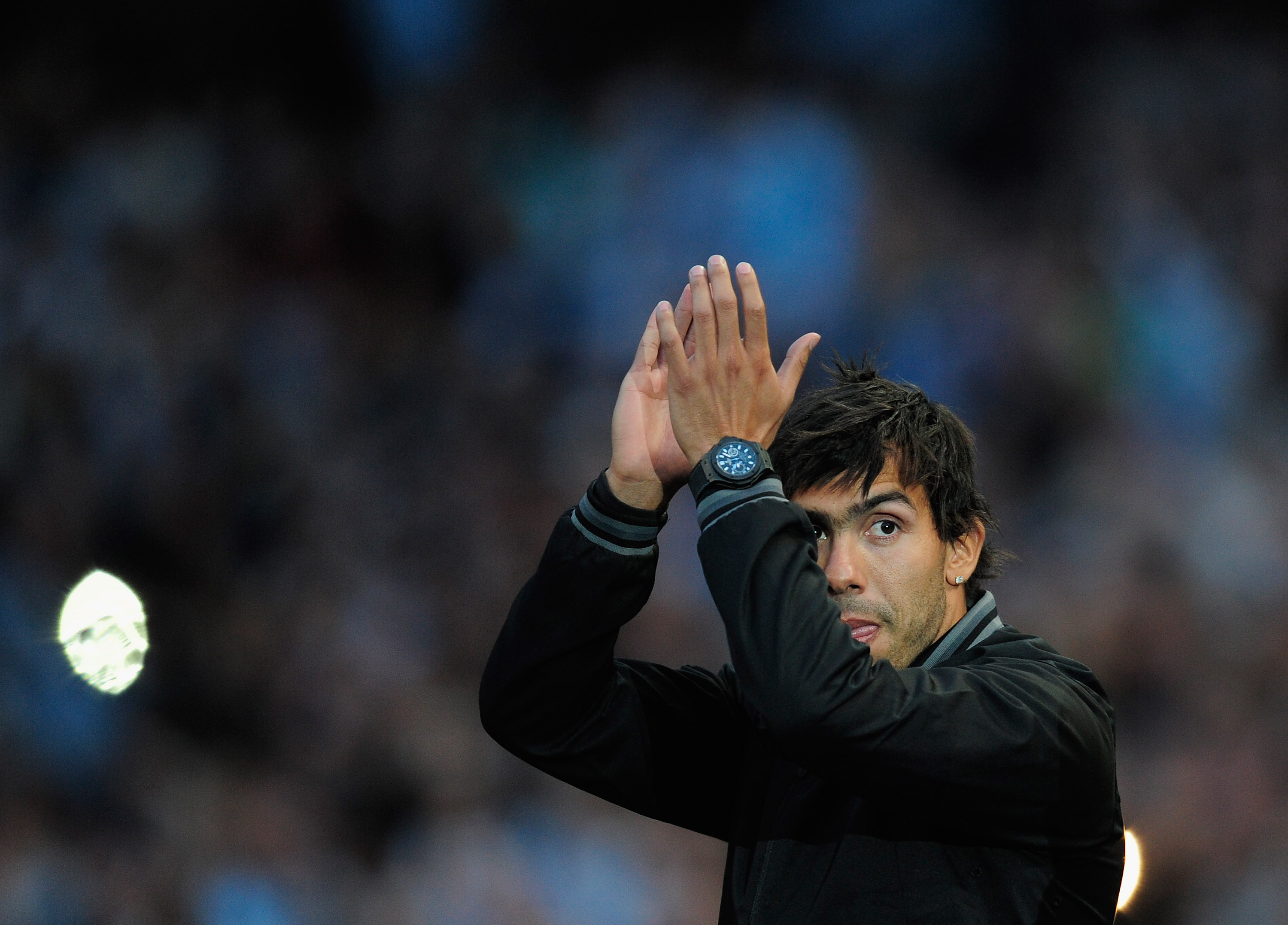 Any other team with City’s table positioning would have had to earn something in the A-range, but grades get miserly when you spend upwards of £200 million on transfers. Still, Manchester City enjoyed a fruitful campaign this year, despite playing a less than beautiful game under the tutelage of Roberto Mancini.

But the approach yielded results. While David Silva and Carlos Tevez may have been in the headlines all year, credit should go to a Vincent Kompany- Yaya Tourè partnership that let in only 33 goals this season, the best defensive record in the Premier League (tied with Chelsea).

With the FA Cup on the mantle and Champions League on the horizon, Sheik Mansour can “afford” himself a smile. 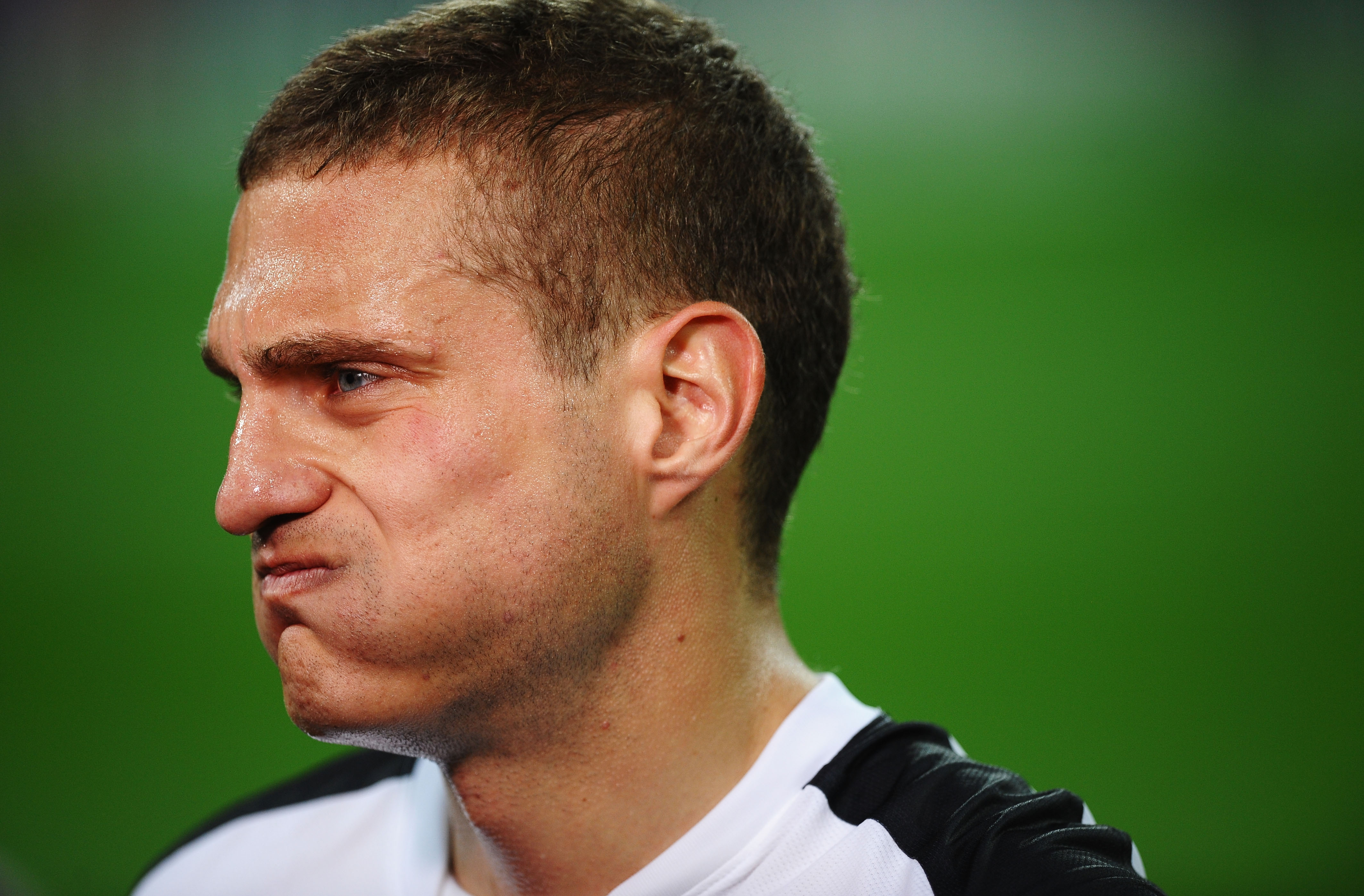 Manchester United broke clear of Liverpool and set the new championship bar at 19, making 2011 a historic year for the Red Devils.  Patchy on the road and doing nothing especially spectacular, Alex Ferguson’s side still ground through the season with the implacability of a steamroller, running down every member of the big four.

Safeguarded by a colossal Nemanja Vidic and the opportunism of Javier "Chicarito" Hernandez, Man Utd enjoyed the highest goal difference out of the league with 41 to the good. More impressively, they maintained an unbeaten streak of 24 games (broken by Wolves in February). But this year’s incarnation lacked those superlatives that marked the great teams of recent years, evidenced by the loss to cross-town rivals at City and more recently (and painfully) by the drubbing at the hands of Barcelona. 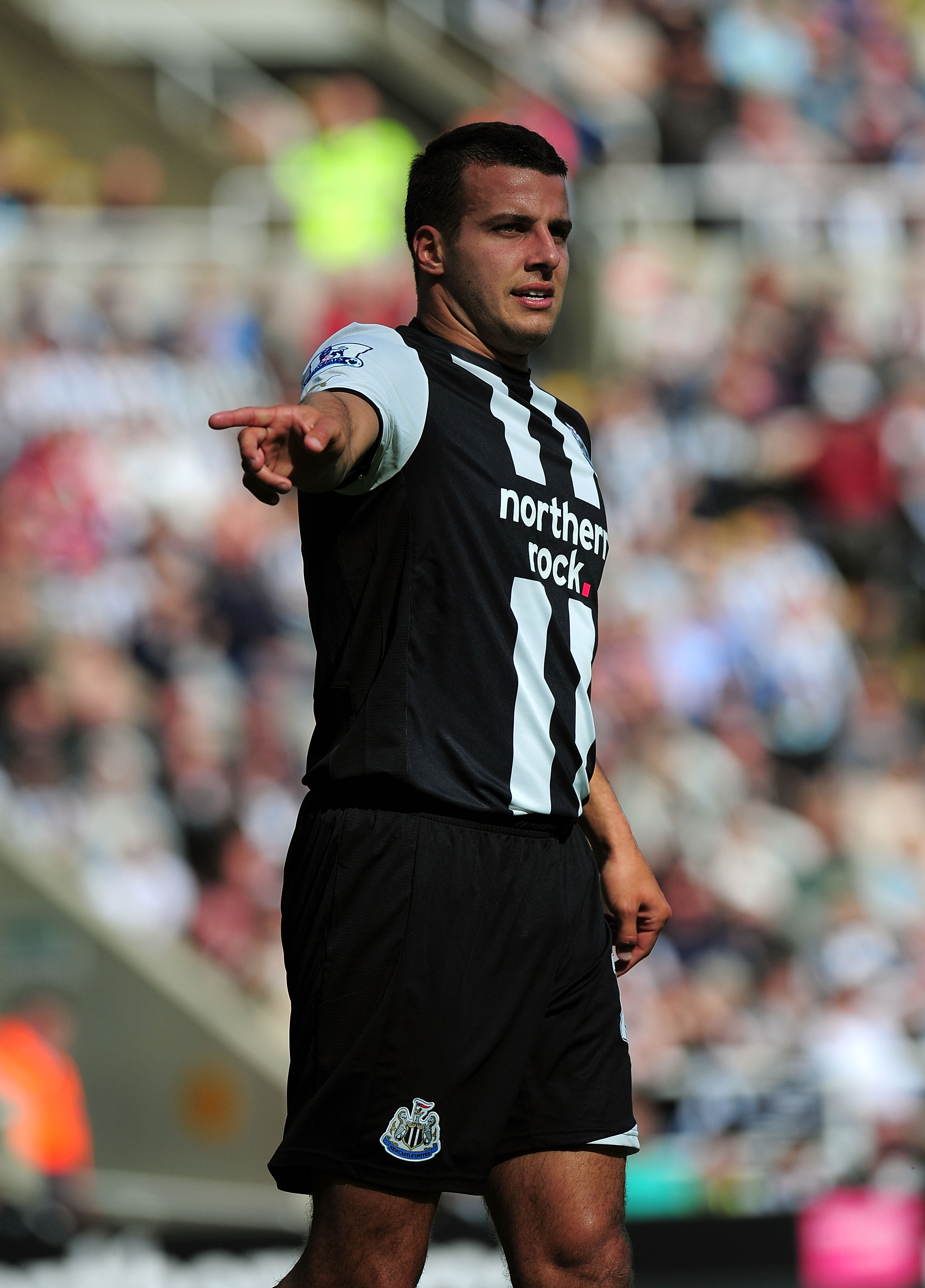 Considering Newcastle only aimed to survive, then season 10/11 can be considered a success. The rollercoaster 4-4 draw with Arsenal, a pistol-whipping 6-0 at Aston Villa and the massive profit off of Andy Carroll all exceeded expectations. 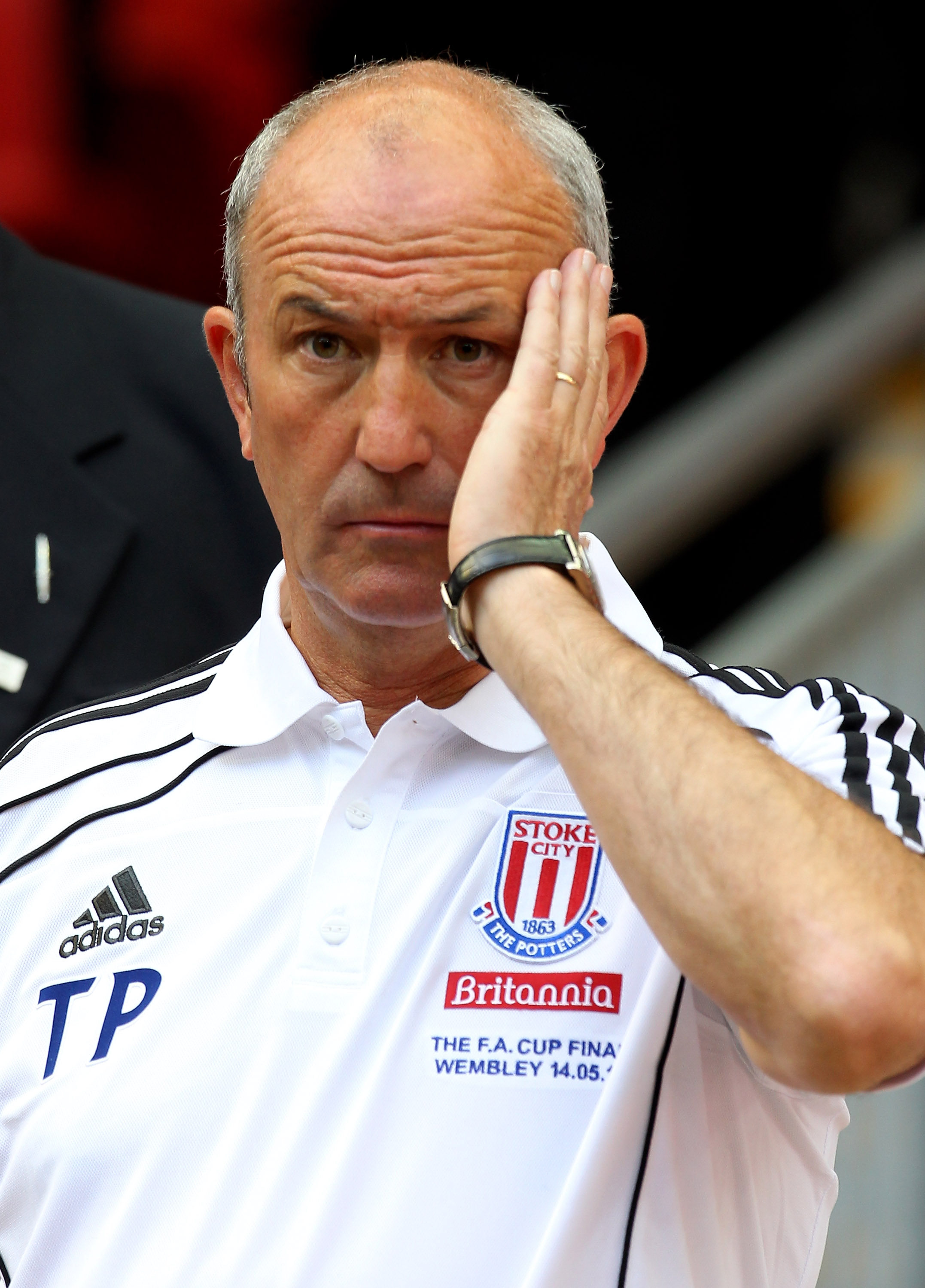 Tony Pulis has established the Potters as a combative Premier League side content to trade punches with anyone. While not the prettiest, the third season in the top level speaks to the efficacy of their game.

Robert Huth dominated the back while Jermaine Pennant and Matty Etherington had a ball cutting up the flanks. Looking to become regulars at the top. 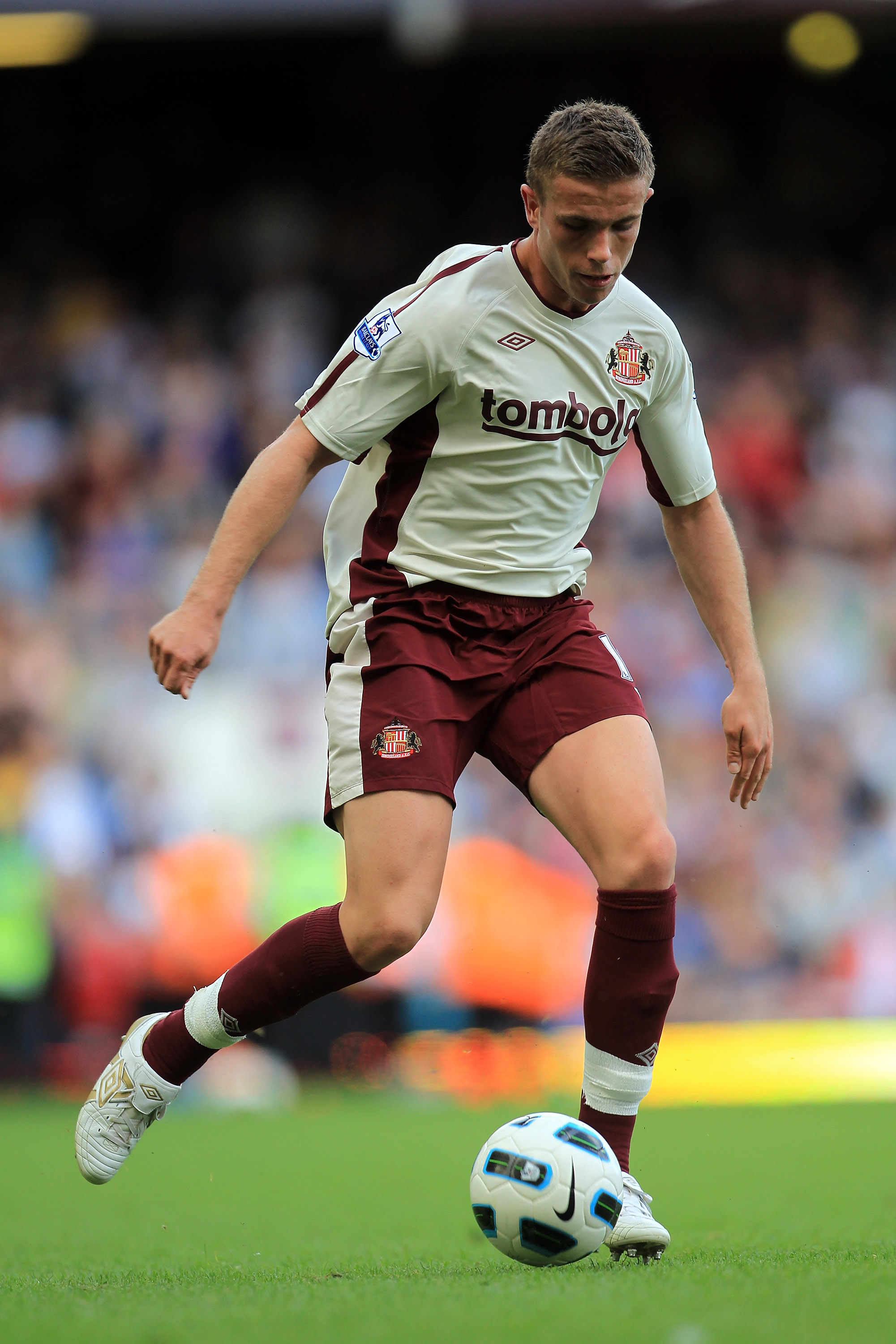 Deceptive. The 3-0 at Stamford Bridge got everyone’s hopes up in Sunderland,  but a careening end to the season saw the Black Cats flirting with relegation.

Asamoah Gyan and Stephane Sessegnon had great campaigns, but local squirt Jordan Henderson was the nom-du-jour, putting together passes and holding it together for the team. 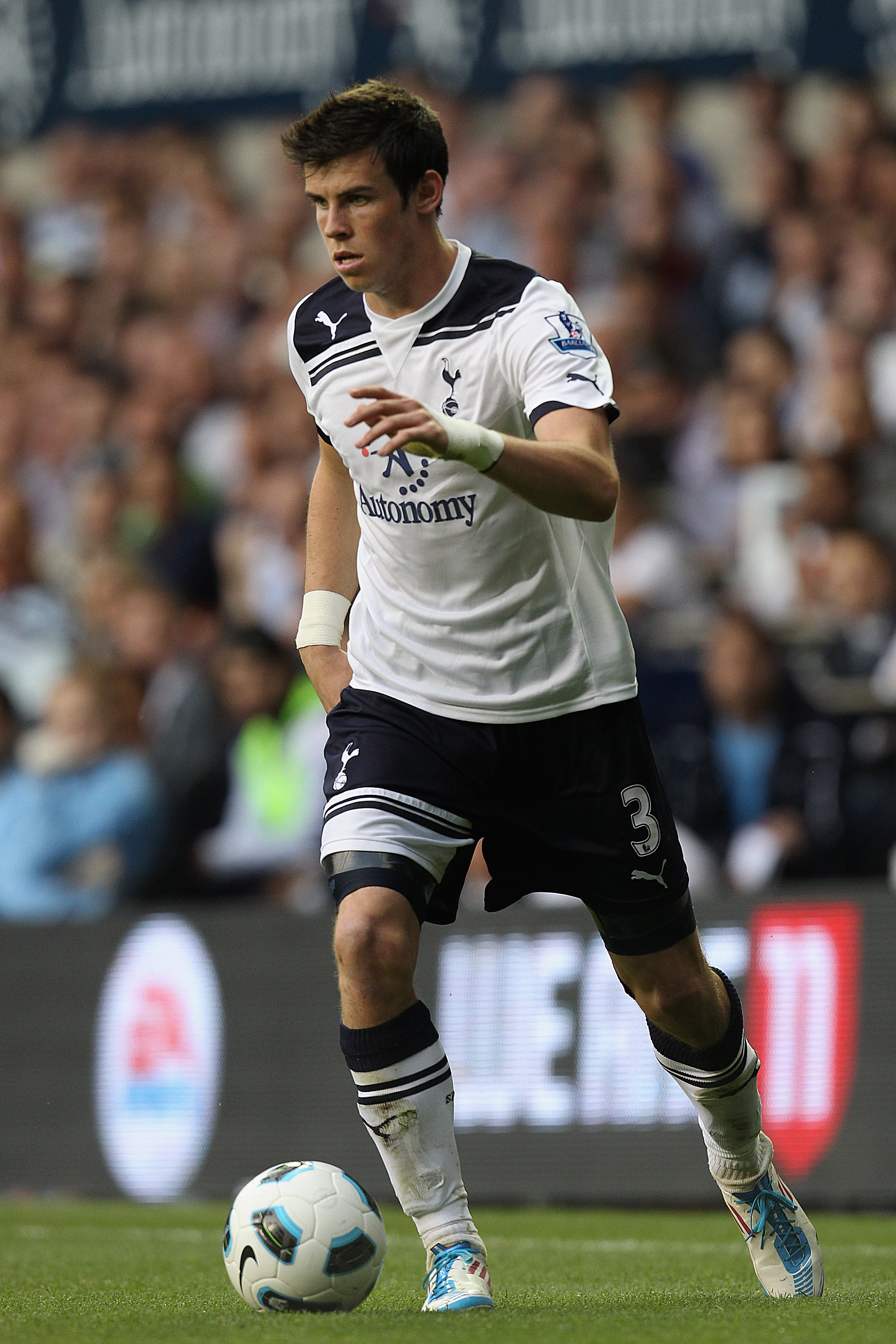 Tottenham get high marks for a buoyant continental campaign that outshone a middling domestic one, making it to the last eight in Europe but outside the all important top four at home.

Luka Modric, Rafael van der Vaart and especially Gareth Bale (with his sensational, name-making second-half hat trick against Inter) all  added some €20-30 million to their price tag after breakout seasons, but dropping points against Blackpool, West Ham, Wigan and West Brom meant Spurs will face Europa rather than Champions League completion next season. 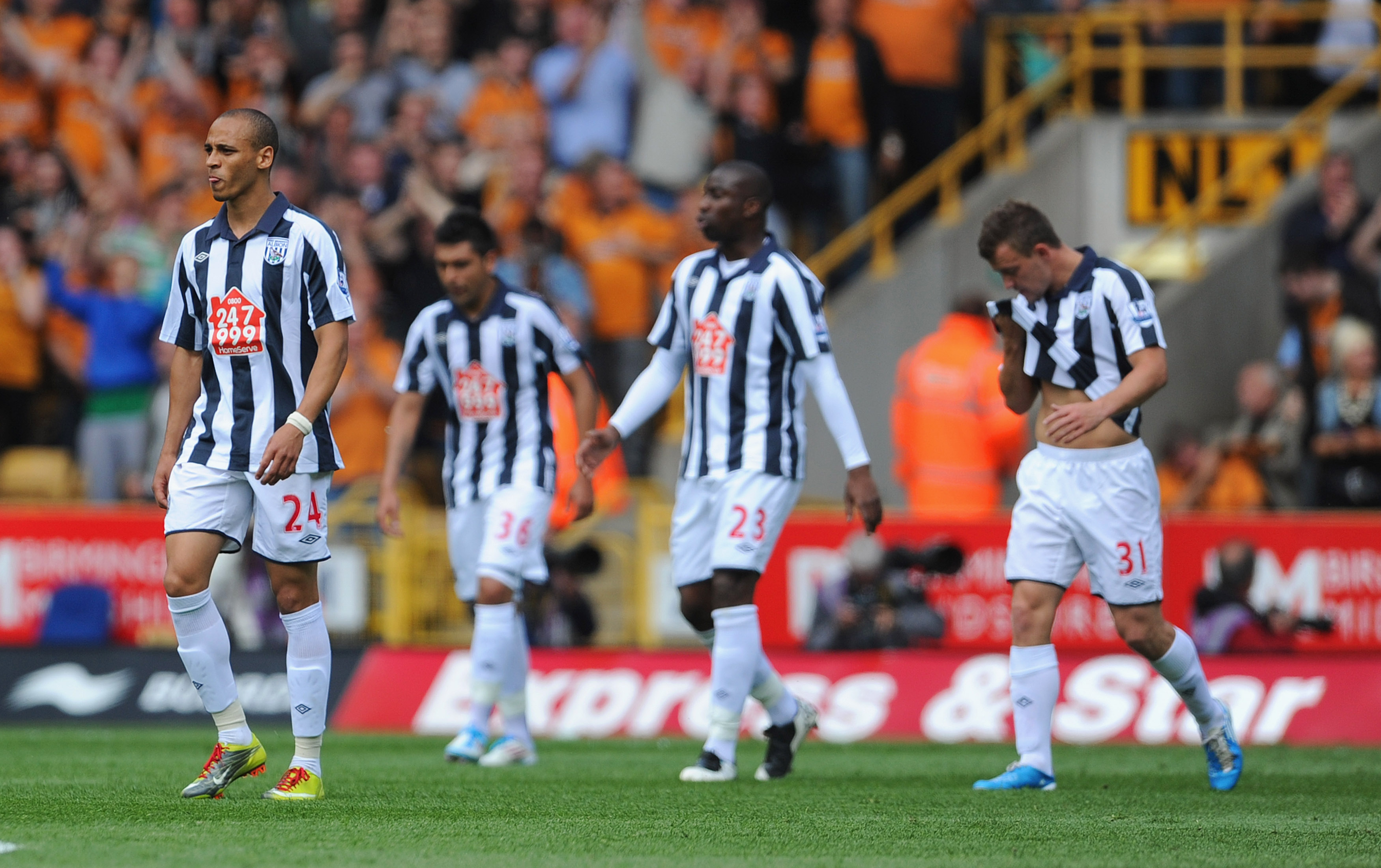 With the most red cards (seven) and the longest losing streak in the Premier League (five), whodda guessed we’d be seeing West Brom again?

A win at Arsenal, win at Everton, a courageous point stolen from under Man Utd’s nose at Old Trafford, combined with the highest finish ever and Peter Odemwingie’s 15-goal haul made it a season to remember. 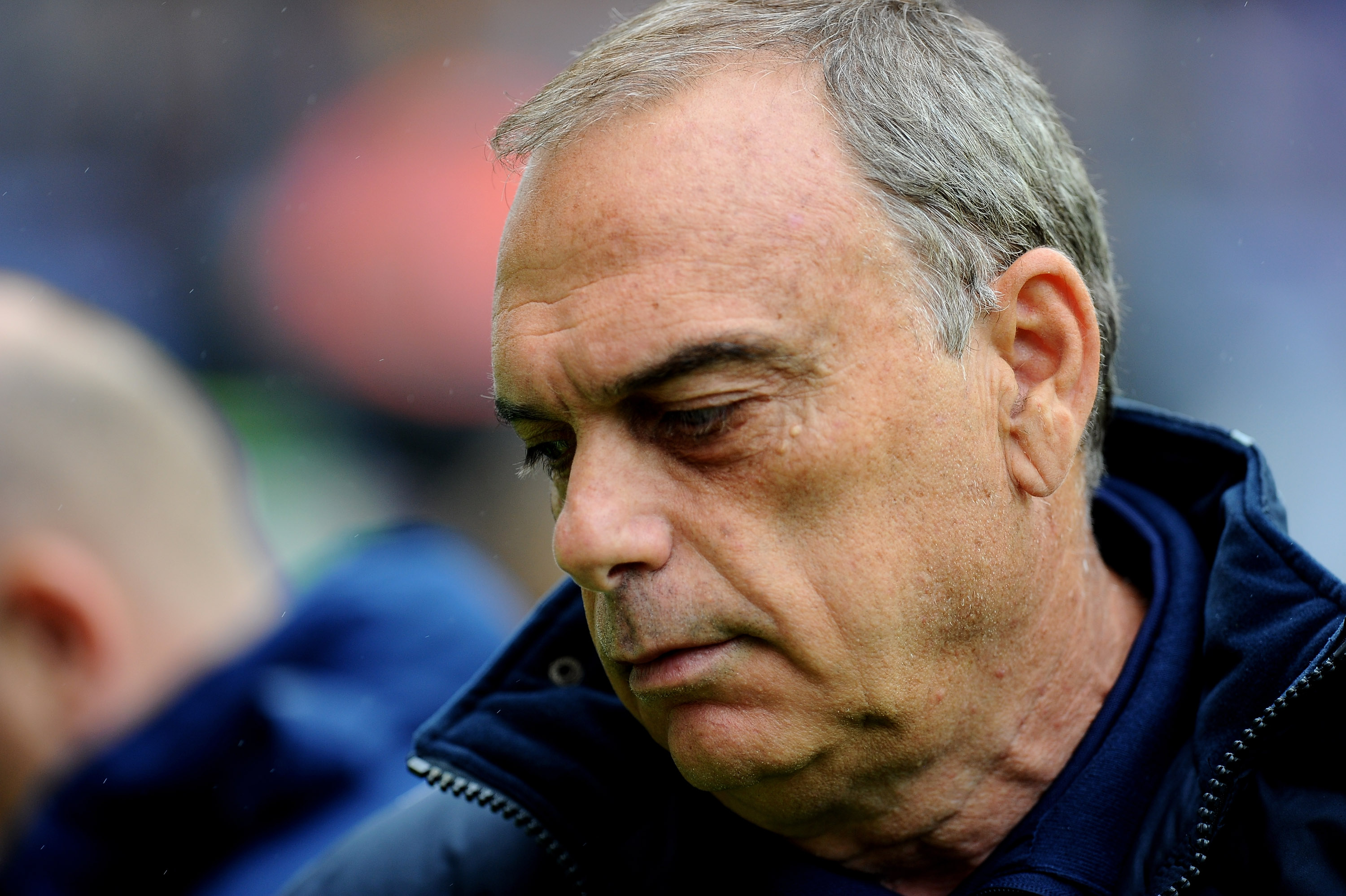 Brutally bad. And to think Avram Grant almost won a Champions League. The worst goal differential in the league (minus-27) and a dead bottom finish befits a performance that would put high schoolers to shame.

Scott Parker’s attempts to pick up the team all on his lonesome came to nothing, and fans of the Hammers will be mystified how a team with all their talent ended up in the Championship.  The less said the better. 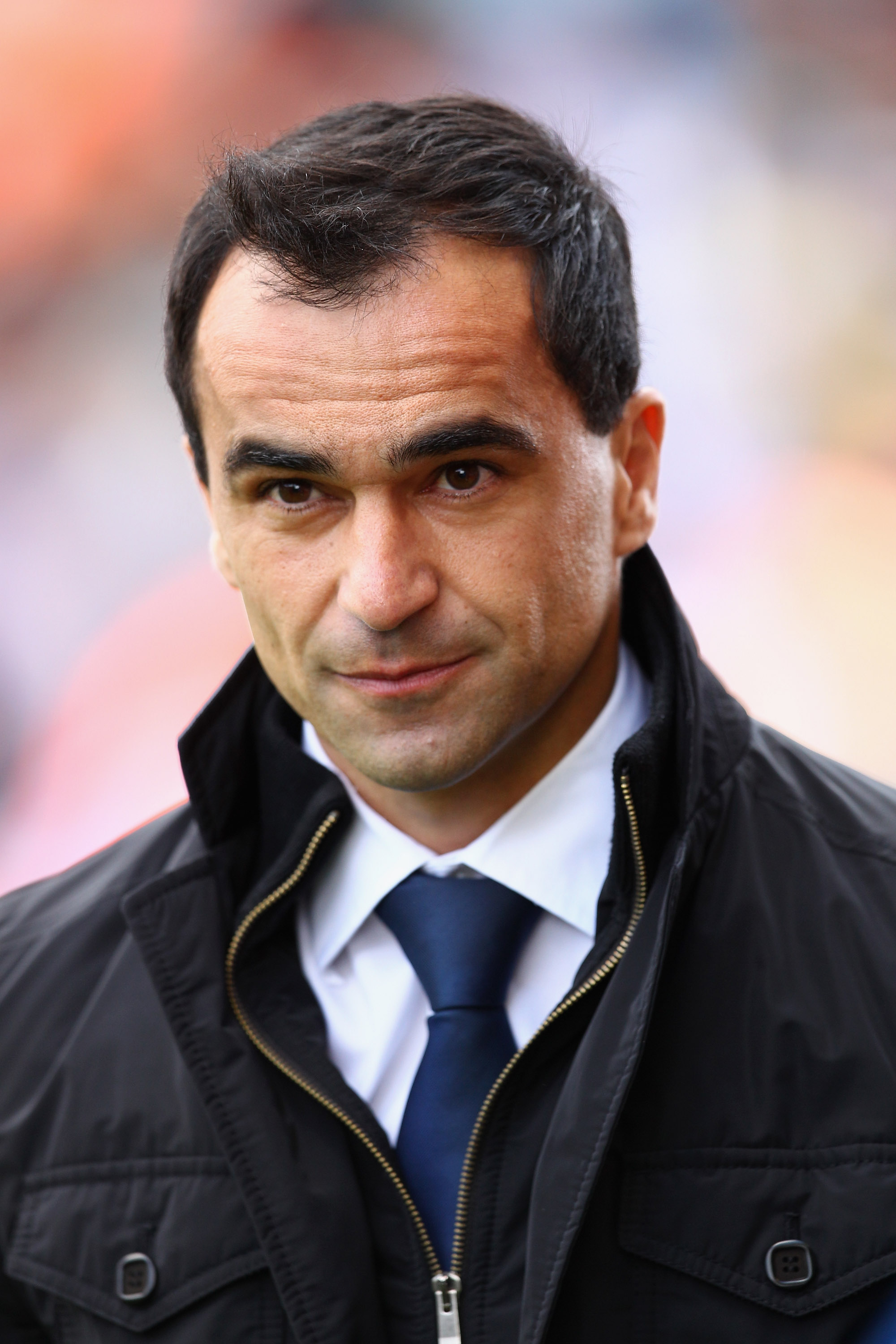 Somehow still in the Premiership, the Latics have Hugo Rodallega and Charles N’Zgogbia to thank for their survival.

Crucial wins against survival rivals Birmingham, West Ham and Blackpool as well as the thrilling win over Tottenham mean that Wigan struggles on. 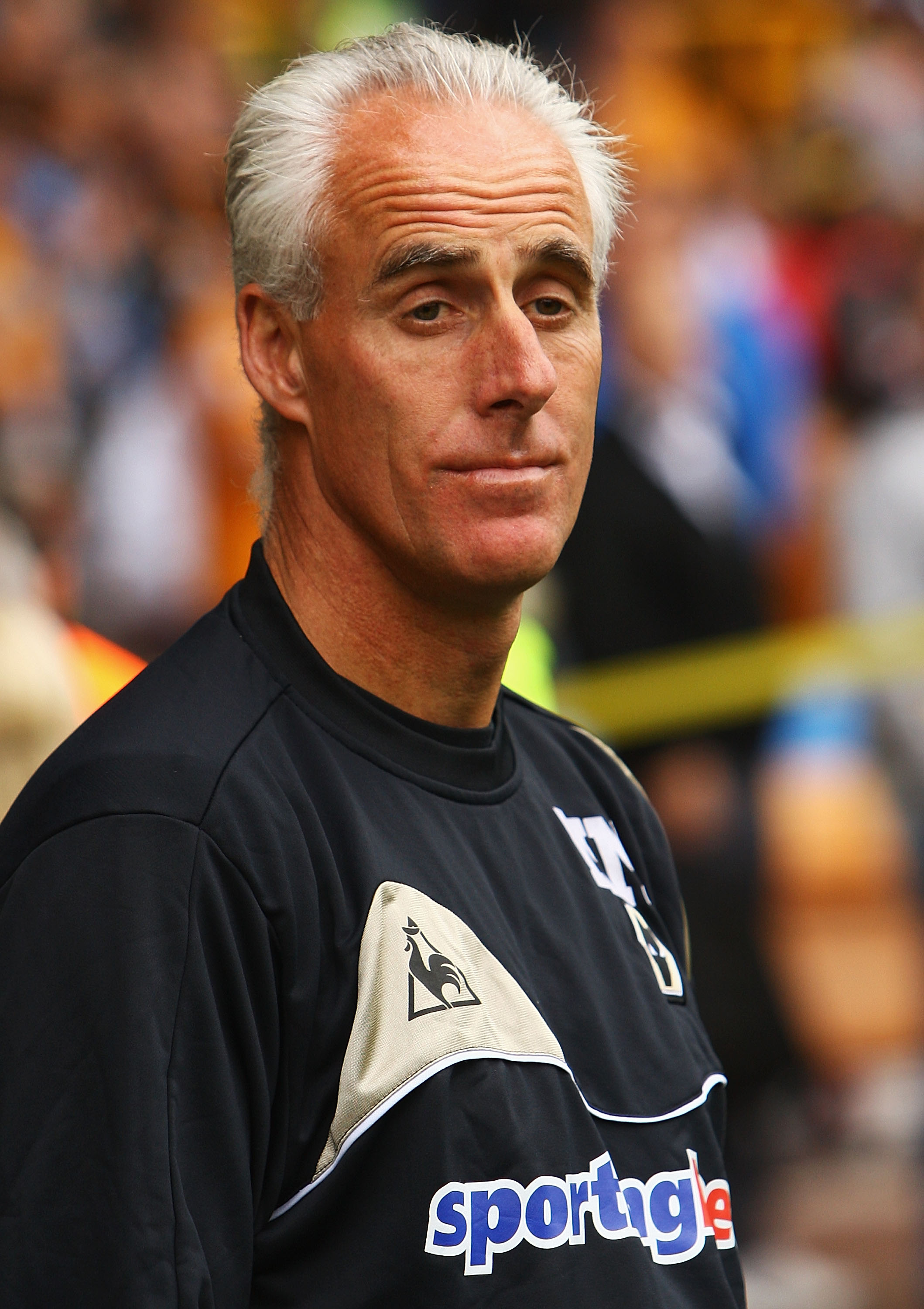 Despite spending 17 minutes in the relegation zone on Survival Sunday, Mick McCarthey will be happy to take Wolves back into the Premiership next season.