College Basketball Recruiting: The 15 Most Underrated Freshmen in the Nation 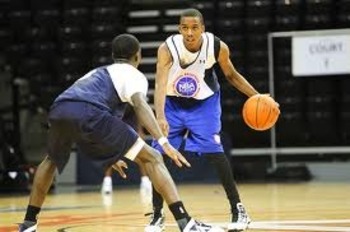 Everyone knows that each team is hoping to land the best basketball recruit each season.  The hopes are that every player that commits to your school will turn into a star.

Most players are judged by how well they can shoot, pass, rebound and how highly praised they are.

This is a list of the best 15 players in the nation that were NOT invited to the McDonald's All-American game.  A good number of these athletes will be starting as freshmen and will make huge splashes in college basketball next season. 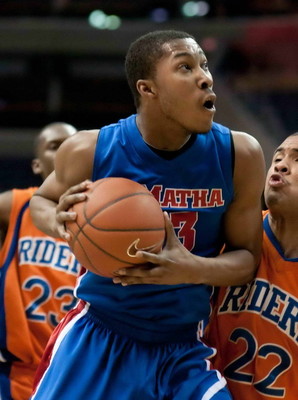 Mikael Hopkins is a true power forward at the college level but will need to learn to improve his shooting game.

He is mostly a garbage man in the post, picking up all the misses and converting them for easy buckets.  He runs the floor pretty well and is a good passer for his position.

He needs to hustle more and become a more prolific scorer.  Watch out for Mikael Hopkins to make an impact if he improves in only a couple areas of his game. 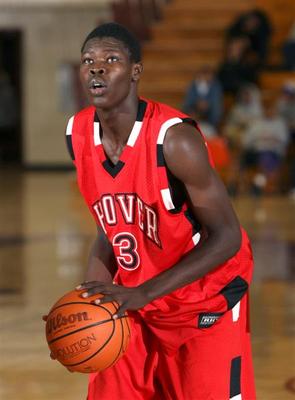 This Sudan native is going to be a big time player for the Arizona Wildcats.  He is an excellent shot blocker and an effective rebounder.

He is large for the power forward position playing his senior year at 6 feet 8 inches and weighing 210 pounds.

He needs to improve his low post game and his perimeter shooting, but other than that, Angelo Chol is ready to play college basketball. 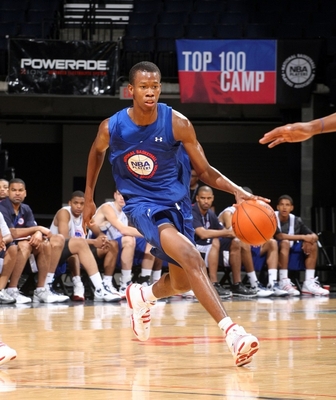 He is a very good athlete and put up stellar numbers during his senior year of high school.  He averaged 24.5 points, 8.6 rebounds, 3.1 steals and two blocks per game.

He was named Mr. Basketball in the state of Mississippi.  He can score from anywhere on the floor, he only needs to improve his handling of the basketball. 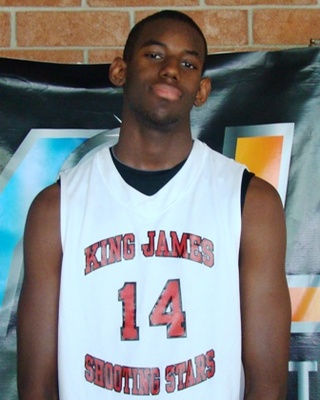 At 6'8", Jakaar Sampson is a threat to any opposing team.

He adds length and height to St. Johns by being able to play at small forward.  He has a good down low game and runs the floor extremely well.   Not to mention the fact he can put on a dunk clinic if given the chance.

If he wants to play in Steve Lavin’s physical offense, he needs to add muscle to both his upper and lower body. 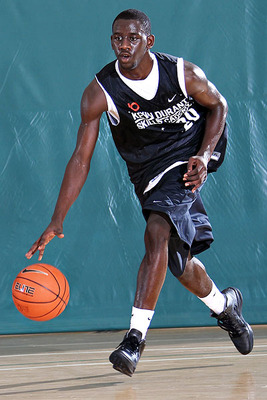 This 6’6’’ small forward is freakishly athletic.  He can jump out of the building and is always a threat for tip-in dunks.

He is notorious for skying up for offensive and defensive rebounds and has good court vision to find the outlet.  He needs to work on his dribbling skills and needs to become stronger physically. 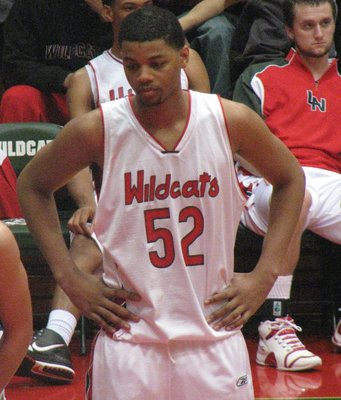 Michael Chandler is a true center.  He stands at a height of 6'10".  He runs the floor very well for a big man and improved his low post game greatly during his senior year.

His range is decent and he rebounds extremely well.  Picking up silly fouls early has been a problem, reducing that and becoming more effective are his two biggest issues.

He is going to improve University of Central Florida greatly and will most likely start every game for the Bulls next season. 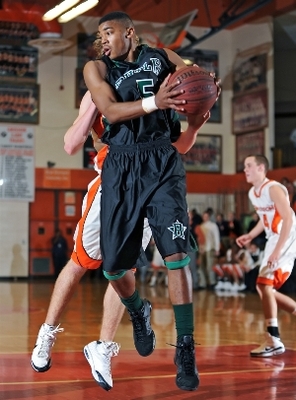 This player has a chance to become a star at Alabama.  He is a huge scorer, scoring baskets from all over the floor.

He runs well in transition and has great leaping ability.  Trevor Lacey has won two state championships in high school and was named Mr. Basketball in the state of Alabama in 2010.

He needs to work on his ball handling to take his game to the next level. 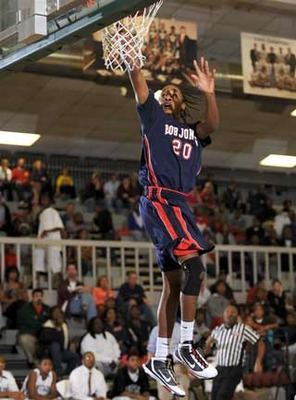 Levi Randolph is a very complete basketball player.  He plays good defense, has a solid mid-range game and can beat defenders off the dribble.

The only problem that Levi needs to work on is his strength.  He is a little slight for his height and has very little upper body strength.

Levi should make an immediate impact at Alabama.  He may not start but he should be the team's sixth or seventh man. 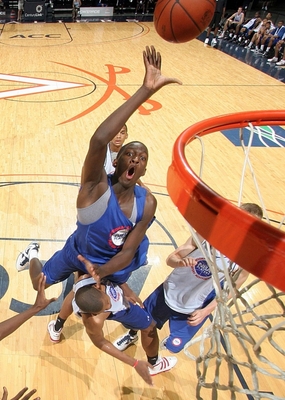 Dorian Finney-Smith is one of the best players in the nation, yet he is flying under the radar.

Because he committed to Virginia Tech he wasn’t invited to the McDonalds All-American game yet he has always been considered a top 20 player.

He has a great set of tools ranging from a very good mid range jumper to being able to penetrate to the hoop.

He needs to build strength and work on his low post moves during the off season.  Either way the Hokies are going to be excited once he arrives in Blacksburg this summer. 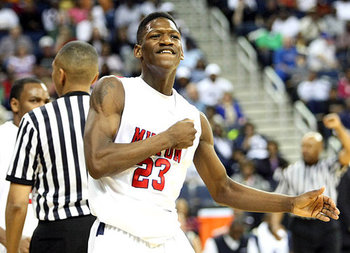 Dia-Jon Parker is a very good guard that will have to wait a year to get a lot of playing time.

He will have to sit behind John Jenkins during his freshman year.  Jenkins is one of the purest shooters in college basketball.

Dia-Jon should take this time to improve his ball handling.  He should focus on learning from Brad Tinsley, who is one of the SEC’s best point guards.  Dia-Jon is a solid finisher around the rim and can guard his position very well. 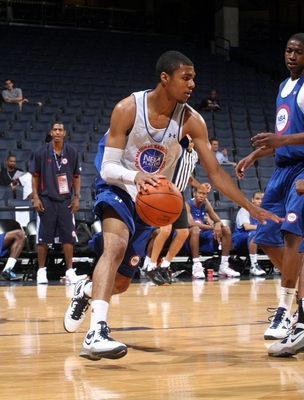 Although Duke has an amazing incoming class, Michael is one of the underrated gems included in that class.

He is good at everything.  With a few overall improvements he could become great.  Gbinije has solid range on his jump shot, is not afraid to make the extra pass and hustles to get back on defense.

If he could improve his dribbling, he could become a tall shooting guard because of his ability to make baskets from anywhere on the court. 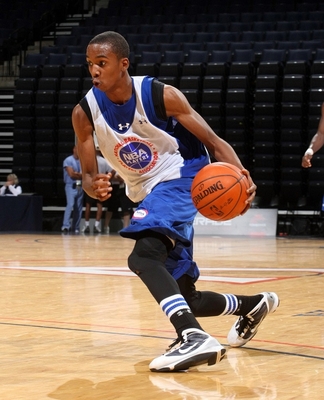 B.J Young is one of the purest scorers in the nation.  He puts up points with ease and can easily take over the game in the fourth quarter.

Although he is only 6’2’’, he has amazing jumping ability and can get to the rim whenever he chooses.

He needs to work on his three point shooting since it is inconsistent but his overall basketball game will make him an almost guaranteed starter for Arkansas next season. 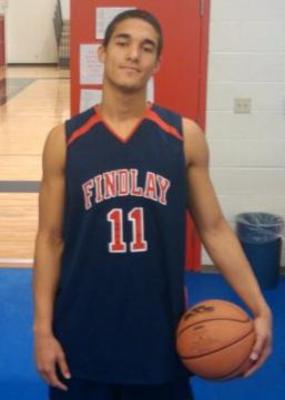 This shooting guard is an excellent defender.  Nick Johnson is not a very big scorer, but at 6’3’’ 185 pounds, he can guard his position very well.

He is very athletic and has the talent to improve his shooting game.  Johnson has a very good chance at making a play for the sixth man job at Arizona as a freshman.

With two other top 50 recruits also committed to Arizona, this summer's battle for playing minutes will prove who the best freshman in the 2011 class is. 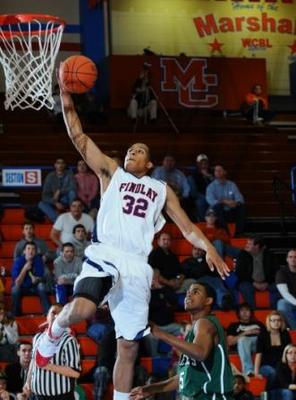 This shooting guard is the best high school recruit that Oregon has landed since Michael Dunigan.

He is a 6'3" guard that has amazing shooting range and can put up 30+ points easily.  He loves running the transition game and getting to the rim as quick as possible.

Brown needs to work on crashing the boards after he shoots and must improve his defense to excel at the college level.  He should become an immediate starter for the Ducks despite those minor flaws. 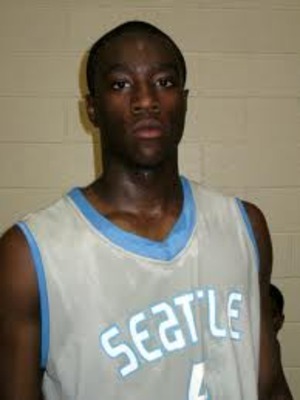 Tony Wroten is the best player who was not invited to the McDonalds' All-American game.

He is the fifth best point guard in the nation, but since he is going to a PAC 12 school, he wasn’t invited to the All-Star game.

He has amazing court vision, can play both the point and shoot guard positions and has a knack of always finding his open teammate.   He will sit behind Abdul Gaddy this year, but he will make it into the sixth or seventh man role by the end of the season.