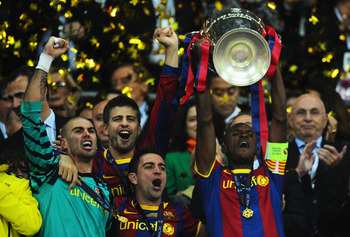 Was there any doubt that Barcelona wouldn't provide a spectacle in the UEFA Champions League final? Nonetheless, it was a feel good moment to see the Barcelona players allow Éric Abidal to lift the trophy.

When it comes to a final, there'll always be a winner and a loser, and this slideshow will look at the five winners and losers from Barcelona's 3-1 victory against Manchester United. 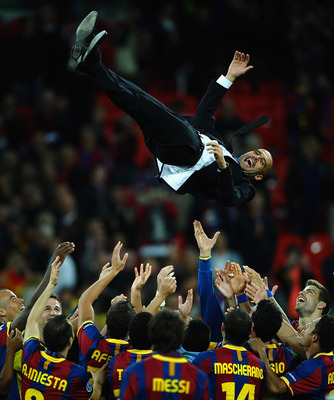 Almost three decades later, Guardiola’s Barcelona not only demonstrated the beautiful game to millions of people, but won their second UEFA Champions League in three seasons. 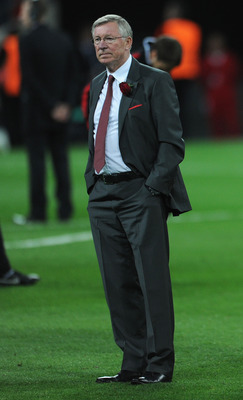 In El Clásico I, there were some eyebrows raised when José Mourinho started Cristiano Ronaldo, Karim Benzema and Mesut Özil—three players devoid of any defensive ability. Real Madrid endured a humiliating 5-0 thrashing, which was soured by a senseless Sergio Ramos red card.

How did Mourinho react? He reverted back to his blueprint of a contemporary version of catenaccio, where his team would park the plane in front of their goals, adopted a zonal approach to defending, flooded the midfield in order to force Xavi deep and were very physical especially to Lionel Messi.

With the use of those seemingly agricultural and blue collar tactics, in El Clásico II, III and IV, Mourinho's Real Madrid won one, drew two, lost one and conceded four goals.

Utilising anti-football isn’t a revolutionary tactic, it’s one born out of pragmatism by conceding the other team is far superior football team, but your team may be the tactically more astute, defensively more organised and physically more imposing.

Chelsea, Rubin Kazan and Real Madrid have had varying degrees of success against Barcelona by playing anti-football, so one wonders why Ferguson decided not to play anti-football.

Perhaps starting Chicharito, Ferguson hoped the Mexican would get the better of the slow centre back pairing of Javier Mascherano and Gerard Piqué.

Though, playing Chicharito came to no avail, as he spent large portions of the game chasing Barcelona shadows.

It would have been more tactically shrewd to have played an extra central midfielder rather than start Chicharito; then again, it’s always easier to judge in hindsight.

Winner: Fair Play Is What We Want to See 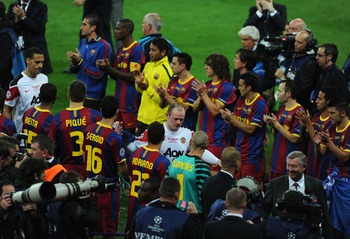 In the most important game of the footballing season, both teams played fairly—especially important since Barcelona have a history of unfair play—and certainly were model professionals tonight.

Though to play devil’s advocate, aside from Michael Carrick’s lunge on Andrés Iniesta, Manchester United were not physical to the degree of Chelsea and Real Madrid.

Plus, Barcelona were always controlling the game and didn't need to start diving about, with the aim of getting Manchester United players sent off to swing the balance towards their side. 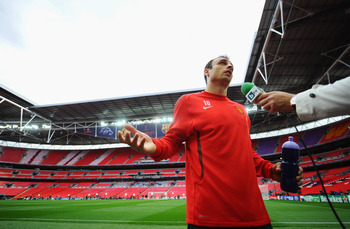 Talk about insult to injury—not only did Dimitar Berbatov fail to make the starting 11, he didn’t even make the bench.

You’d think Sir Alex Ferguson would be able to reserve a spot for a forward who has scored 21 goals this season, but apparently not.

Berbatov’s replacement on the bench, Michael Owen, didn’t even make a cameo. 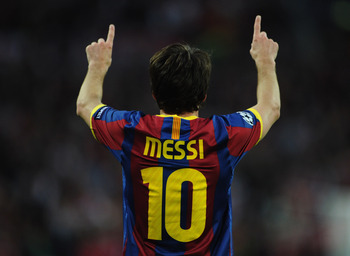 Fifty-three goals and 24 assists in 55 games explains itself.

What a time for Lionel Messi to score his first goal on English soil!

Messi was always in a position to receive the ball. Time after time, he sumptuously glided past Manchester United players with such consummate ease that the late Garrincha would be applauding in approval.

Why didn’t Sir Alex Ferguson just instruct a player to man mark Messi? Why didn’t he just have a player within the vicinity of Messi? Why did he let Messi have such a free role? Didn’t he watch Pepe shut down Messi?

The notion that one player can be discussed about at such length, as to how to stop him influencing the game, is testament to how great of a footballer Messi is. 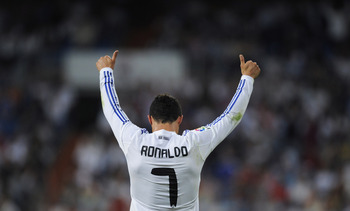 Fifty-three goals and 16 assists in 54 games explains itself.

If there was one moral victory that Cristiano Ronaldo would have been claiming, it was being Europe’s top scorer.

Now he has to share that accolade with Lionel Messi, who not only had eight more assists, but won the UEFA Champions League.

Then again, perhaps it's fitting that both players ended up scoring the exact same goals this season. 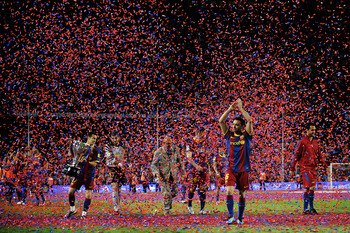 There used to be a Brazilian who played for Reggina called Mozart, and it would have been perfect if Xavi's name was Mozart, because he is an artist when it comes to passing.

Tonight, Xavi was industrious as ever, given not only was he a safe passing outlet, but his vision allowed him to pierce through opposing defences, as was the case with Pedro’s goal. 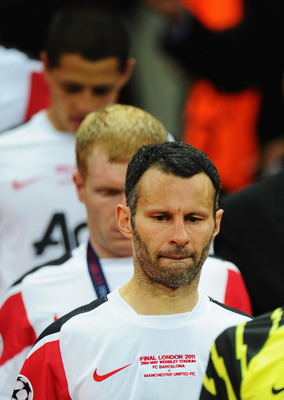 It hasn't been a good week for Ryan Giggs, has it?

Having been named as the footballer who not only took out a £50,000 super injunction, but he did so because he cheated on his wife, to dealing with the repercussions at home plus the media scrutiny, to watching Barcelona pass their way to a UEFA Champions League title.

If there’s any consolation for Giggs, he provided an assist for Wayne Rooney’s goal. 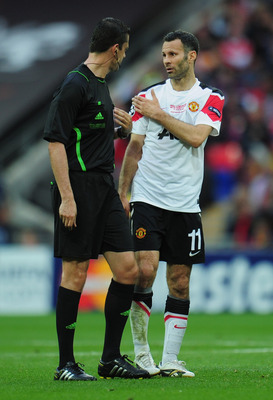 The 35-year-old referee, Viktor Kassai, became the youngest ever referee to officiate in a UEFA Champions League final since 39-year-old Pierluigi Collina.

That, itself, says something, because referee Kassai was solid tonight. He controlled the game, he didn’t issue any pointless yellow cards, let play go on and didn’t become a negative talking point. 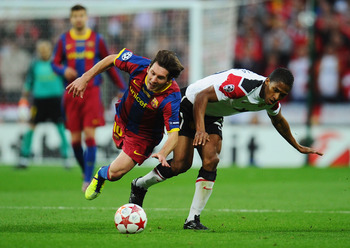 Antonio Valencia profited from referee Viktor Kassai’s leniency, but aside from his persistent fouling, tonight he was just not a nonfactor.

Éric Abidal proved that even two or so months after removing a tumour from his liver, that he can still play football at the highest level. Abidal was too crafty for Valencia tonight.