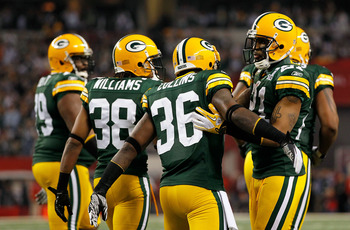 For nearly any Super Bowl champion, hundreds of moments from the season help symbolize the run of that team to the top of the football world.

The NFL's most recent champion, the Green Bay Packers, are no exception.

Throughout the ups and downs of the 2010 season, the Packers (and one other team) provided us with some unforgettable moments that tied directly into their championship run.

Here are the top 10 moments during the Packers Super Bowl season of 2010, with a few honorable mention selections to ensure nothing too important gets left out. 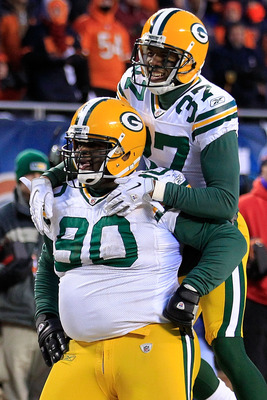 This play was ultimately the game-winning points for the Packers in the NFC Championship game.

Stop of Michael Vick on 4th Down

Clay Matthews got off to a hot start by contributing to the Packers stop of the Eagles in a Week 1 win.

One of the more underrated plays of the Packers season—without it, who knows how the Super Bowl ends.

His touchdown against Atlanta in the dying embers was probably the hardest thrown and most accurate pass Rodgers threw during the regular season.

This will be a play many look back on as a signature moment in Driver's storied career. 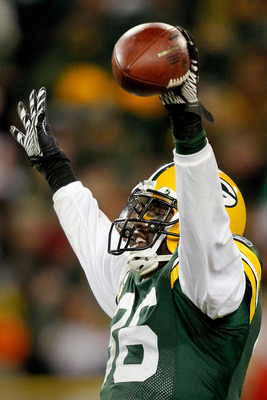 As the Bears were driving for the tying score in a game the Packers had to win to make the playoffs, Nick Collins stepped in front of an errant throw by Jay Cutler.

Collins' interception allowed the Packers to run out the clock, ensuring a 10-3 victory and a spot in the playoffs.

The Bears would regret not eliminating the Packers three weeks later. 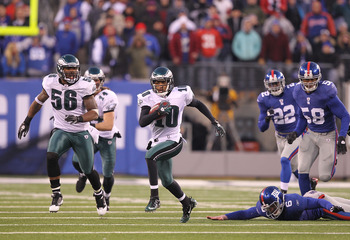 So many people forget how important Jackson's touchdown was to the Packers playoff push.

If the Giants would have held on to beat the Eagles—and there was no excuse for them not to—the Packers would have been on the outside looking in when the playoffs started.

Instead, Jackson's touchdown beat the Giants, setting up the Packers for their two-wins-and-you're-in scenario.

For that reason, this play ranks high on the most important moments in the Packers season. 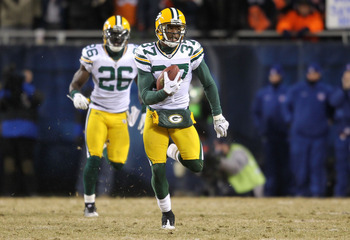 With a backup quarterback filled to the brim with confidence and a Packers defense on their heels, rookie cornerback Sam Shields made the play of his life when he intercepted Caleb Hanie in the fourth quarter of the Packers 21-14 win over the Bears in the NFC Championship game.

Shields exuberantly—and unwisely—sprinted at full speed down the sidelines, but his play locked up the Packers return to the Super Bowl after 13 years.

A few kneel-downs later, the Packers were Dallas bound. 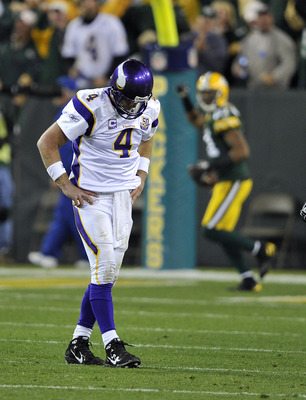 Of course, the fact that Favre was finally beat as a member of the Vikings helps this play.

But don't forget that the Packers were headed to three straight losses and a whole different season if Favre had orchestrated that final drive into the end zone.

The state of Wisconsin collectively let out a sigh of relief when Favre's fourth-down pass sailed high for Randy Moss in the back of the end zone. 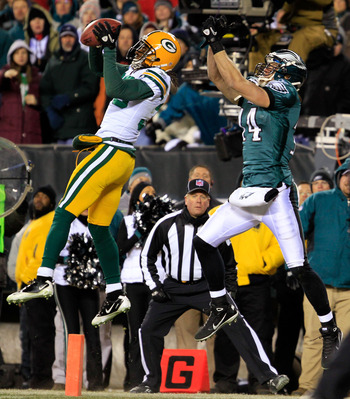 While Tramon Williams' interception sealed the Packers win over the Eagles, Desmond Bishop's shoe-string tackle of DeSean Jackson on that same drive might have saved the game for the defense.

Jackson was likely to score if Bishop failed in his attempt, which would have negated any chance for Williams to make this play.

Still, Williams played Vick's pass perfectly in the air, and the Packers had held the Eagles late rally for the second time in 2010. 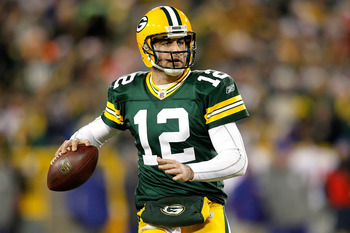 Rodgers' 404 yards throughout this game are deserving of mention, but it was his opening touchdown pass to Jordy Nelson that calmed any fears that Rodgers would be a different quarterback after coming back from his second concussion in the span of three months.

It also sparked a rout of the Giants in a game that the Packers had to win to keep their playoff hopes alive.

Overall, it was a signature moment in the start of the Packers six-game winning streak to end the season. 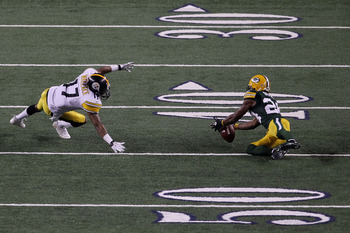 It wasn't the dramatic end to the Super Bowl that the game deserved, but Ben Roethlisberger's incomplete pass on fourth down secured that the Packers would be taking home their fourth Lombardi Trophy.

The Packers offense then lined up in the victory formation, and the confetti was flying in Dallas. 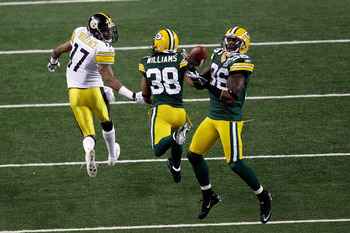 I'm not sure there was another play throughout the season I got more excited for than Collins' interception return for a touchdown.

Howard Green's pressure hit Roethlisberger just enough to force him to float the pass, and Collins tracked the ball well in the air to catch it in front of Wallace.

He then used his returning skills to take the ball into the end zone, giving the Packers a 14-0 lead before the Steelers even knew what happened. 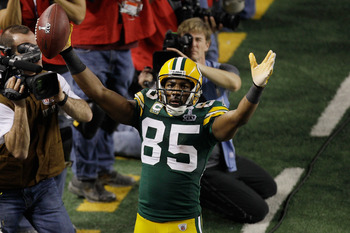 It wouldn't be right if we didn't include both of Rodgers' passes to Jennings in clutch moments during the Super Bowl.

His 31-yard strike to Jennings on third down was one of the best thrown passes of the entire NFL season, and their eight-yard touchdown connection earlier in the fourth was the cap on an incredible postseason run from Rodgers.

It maybe wasn't the best postseason quarterback showing in NFL history, but Rodgers' nine touchdowns and 1,084 yards passing have to rank him high on the list. 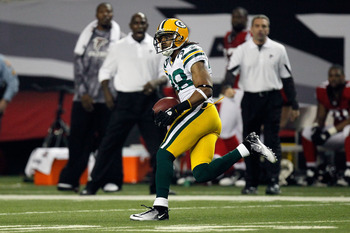 NFC Divisional round at Atlanta Falcons.

Rodgers was the man of the day in Atlanta, throwing for 366 yards and scoring four total touchdowns, but Williams' interception before the end of the half was the turning point in the game.

The Packers had just taken a 21-14 lead when Matt Ryan unwisely tried to find Roddy White to set up a better field-goal try.

Williams read the play the entire way, and 70 yards later, the Packers were well on their way to the NFC Championship game.