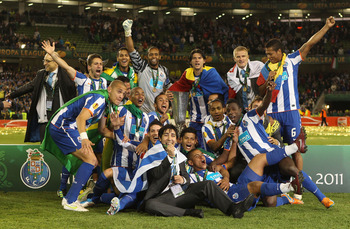 Porto have beaten Braga 1-0 and are now Europa League Champions for the second time, winning it before in its UEFA Cup format in 2002/03 with Jose Mourinho at the helm against Celtic.

Mou then went on to win the Champions League the following season and then left the Portuguese side to take on his reign as one of Europe's top coaches. Some of his players like Carvalho, Deco, Paulo Ferreira and Maniche followed him.

Coincidentally, this Porto side also has some very strong assests that helped them win the Europa League. Here are the top five.

5. Helton is a Reliable Keeper? 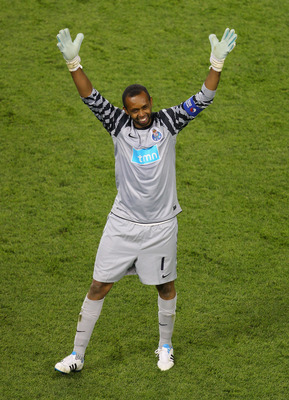 Normally regarded as an inconsistent keeper (see Cristiano Ronaldo's goal in semifinals in Champions League against him from two years ago), Helton has found top form this season.

Maybe it's because he has lost Pepe and Bruno Alves and feels he now has to actually stop shots to win. Maybe it's Andre Villas-Boas working his magic.

But whatever the reason is, one thing is for sure: Helton has stepped up, and is a major reason why Porto will put this trophy on their shelves.

4. The Midfield Combination of Joao Moutinho and Freddy Guarin 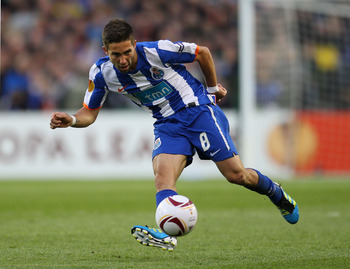 One season later and 10 million Euros later, he is the Europa League champion.

He isn't flashy and won't score goals or give assists by the bucket, but he is a hard-working box-to-box midfielder and is certainly Porto's backbone.

And right next to the backbone are the lungs. The one that connects midfielders an forwards: Colombian Freddy Guarin.

His "Colombian combo" assist to Falcao might have given them the tournament, and is a fine example of how me important he is. He presses, he gains possession, he passes, he wins tournaments. It's really that easy for him. 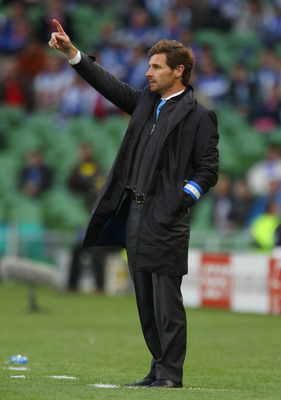 He will always live in Jose Mourinho's shadow. But that might not be a bad thing.

Although comparisons with "The Special One" will never end, Villas-Boas is a very different coach.

While Mourinho wins games in press conferences before the ball even starts rolling, Andre likes to win them all on the pitch and stays away from off-field polemic.

But like Mou, his tactical and physical training knowledge is top notch and his team display both when he plays. He is also an addict to studying tape and finding team's weaknesses so he can exploit them when they play.

This is how you become the youngest coach ever to win the Europa League at only 33 years old.

This is how you achieve a 84.2 percent winning percentage in one season. 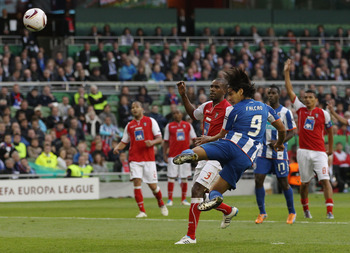 He scored the winning goal in the final. And that should be enough. But Radamel Falcao has done much more.

He scored four in the first leg semifinal versus Villarreal, and scored 17 goals in 14 appearances. That's over a goal per match for those that don't have PhD's in math.

He has been a premium classic No. 9 for Porto all season long, and while flair isn't his strong point, scoring goals any way he can and making Porto win certainly has been. 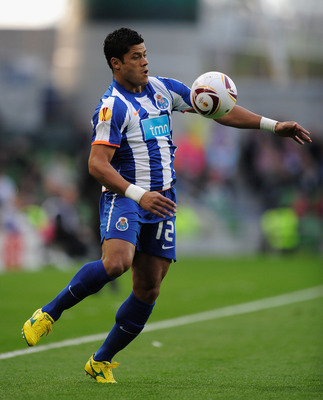 Do I need to say more?

Statistically, he is having a deserving season for someone nicknamed Hulk. Simply monstrous.

But more than pure stats, his play has been simply unstoppable when dribbling, shooting, passing or crossing. It is no surprise half of Europe will be spending their big bucks and chasing his signature.

The only thing he hasn't done this season for Porto is to turn green.

Maybe he'll do that next season with the money he gets from one of Europe's best.