UFC: The 10 Worst Premature Stoppages Ever 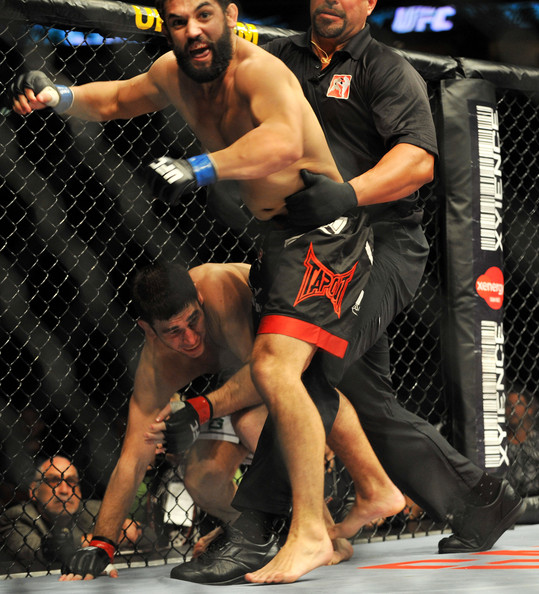 It's one of those things Dana White and the fans worry about the most, and it's also one of the hardest jobs the referee has. Choosing whether or not to stop a fight is a judgement call, and it has to be made seconds after a fighter gets hurt.

Other premature stoppages come when a fighter is trapped in a submission, and the referee stops the bout thinking the opponent is being put to sleep or has tapped out.

It has been debated on whether or not to restart a fight after a premature stoppage is called and in some cases, it has been as you'll see with the number one spot. 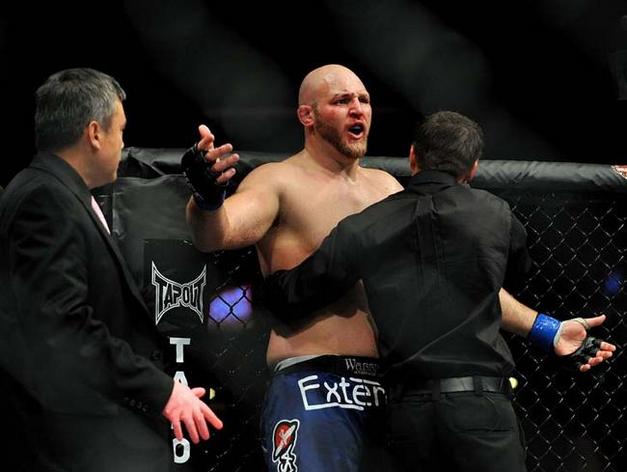 No. 10 Johny Hendricks vs. Amir Sadollah

Johny Hendricks made his UFC debut at UFC 101 versus TUF winner Amir Sadollah. It was a big moment for both, and Sadollah was coming off an extensive layoff after suffering numerous injuries in training.

His comeback fight only lasted 29 seconds, and he was not on the winning side. After Hendricks landed a series of uppercuts on Sadollah against the cage, referee Dan Miragliotta was quick to call a stop to the welterweight contest. 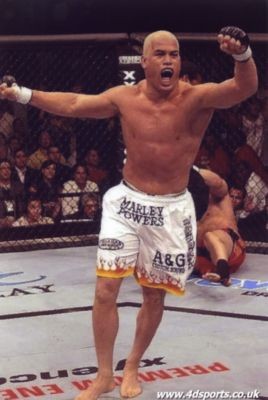 Whether or not this stoppage really matters to how the ultimate result of the fight would have been, it was still pretty bad.

Tito Ortiz and Ken Shamrock talked trash nonstop on the third season of The Ultimate Fighter. It was one of the most anticipated mismatches in UFC history, but still gained a lot of attention because fans wanted to see them settle their differences inside the cage.

After Ortiz slammed Shamrock to the canvas and got him against the cage, he unleashed vicious elbows to the UFC Hall-of-Famer. Referee Herb Dean jumped in quickly as Shamrock went limp for a split-second two minutes into the bout.

No. 8 Evan Tanner vs. Phil Baroni 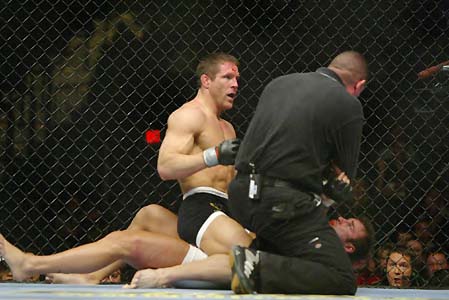 After dropping to the middleweight division, Evan Tanner's first opponent was the charismatic Phil Baroni.

Baroni was close to earning the victory in the very first round as he landed elbows and bloodied Tanner's face. Tanner eventually got Baroni to the ground and into full mount in the third round where he started unloading punches. Referee Larry Landless stopped the fight, and Baroni immediately punched back but not at Tanner.

Despite the controversial stoppage and attack on the referee by Baroni, this was a great back-and-forth bout, which called for a rematch at UFC 48 where Tanner won a unanimous decision.

No. 7 Aaron Riley vs Shane Nelson 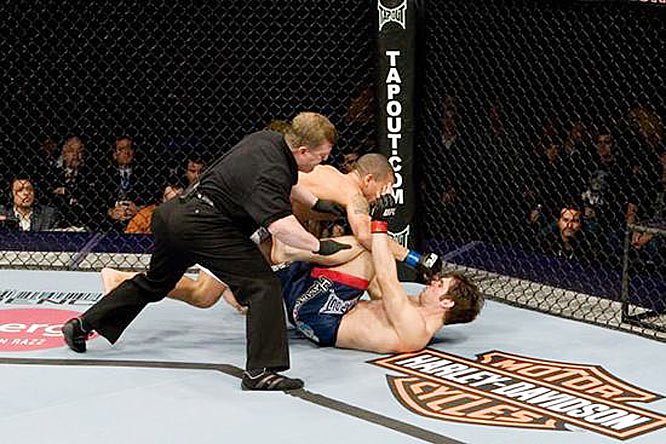 Many premature stoppages occur early in the fight where the fighters aren't ready to exchange knockout blows from the opening bell. They are still feeling their opponents out and may get caught early.

That was the case here and 44 seconds into the UFC 96 bout between Aaron Riley and Shane Nelson, Nelson had earned the controversial victory via TKO.

Riley was dropped but not in any danger of being finished. He was defending himself, and the referee jumped in immediately as Nelson went in for the kill.

They had a rematch soon after where Riley won a unanimous decision.

No. 6 Kyle Bradley vs. Phillipe Nover 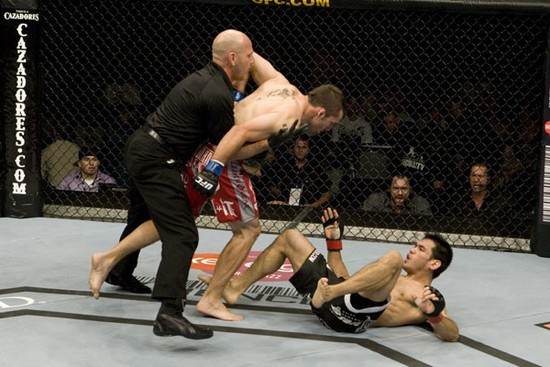 Like the previous fight, this one also ended within a minute of fighting between lightweights Kyle Bradley and TUF finalist Phillipe Nover.

Bradley threw Nover to the ground and landed a series of shots that slammed Nover's head against the canvas.

Although it looked bad to referee Yves Lavigne, Nover was not in serious danger and not even close to being stopped. The referee made a judgment call on the condition of Nover and stopped the UFC 98 bout 1:03 into the first round.

No. 5 Fabricio Werdum vs. Brandon Vera 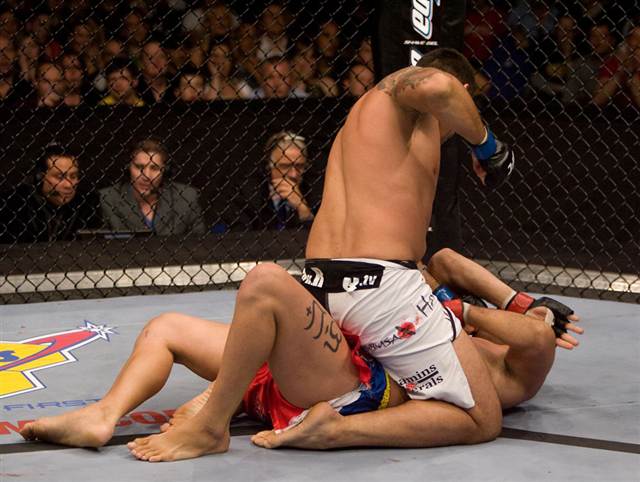 This was the first of many controversial stoppages by referee Dan Miragliotta. When heavyweight Fabricio Werdum and Brandon Vera met at UFC 85, everyone knew where each fighter had their advantages.

After gaining full mount on Vera, the Brazilian Jiu-Jitsu black belt began to unload shots on a defensive-minded opponent. Miragliotta jumped in with only 20 seconds left in the first round.

The justification for the stoppage may have been called for, but it's not right for a match to be stopped just because someone is overmatched in a certain position, and they don't have any way to get out. If they aren't getting hurt, the fight shouldn't be stopped.

No. 4 Matt Wiman vs. Mac Danzig 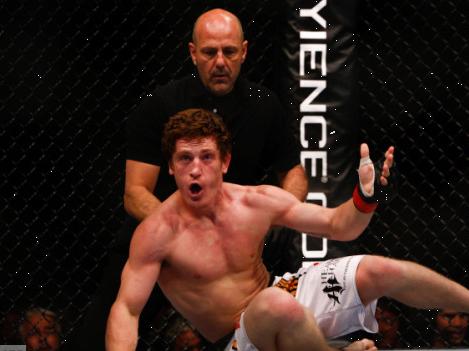 This begins the series of submission calls that referees make, and it's one of the more embarrassing premature calls a referee can make.

Without knowing if an opponent is still defending a submission or if they are even conscious, they sometimes will feel onto a fighter's arm to see if they are limp.

In this fight between Mac Danzig and Matt Wiman, referee Yves Lavigne clearly made a wrong call when he stopped the bout 1:45 into round number one.

Danzig was in danger, but he was defending himself. Lavigne thought he was out and stopped the bout. In this case, a continuation of the fight should always be warranted.

No. 3 Ryan Jensen vs. Steve Steinbeiss 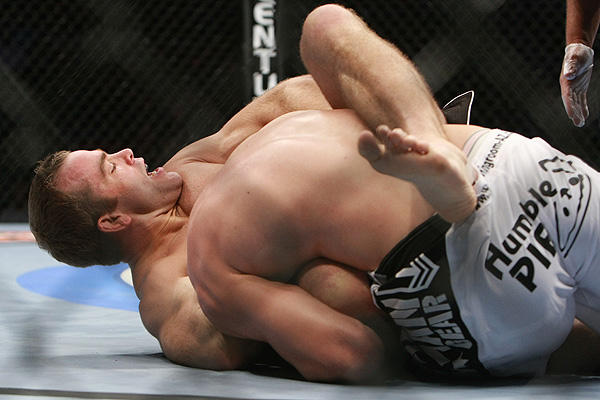 If a thumbs up motion to the referee isn't enough to show you're still defending the choke then I don't know what is.

Steve Steinbeiss did just that to the referee at Ultimate Fight Night 19 versus Ryan Jensen where he lost by submission.

After Jensen slapped on a guillotine choke in the opening round, Steinbeiss looked to be on his way out.

When the referee picked up Steinbeiss' hand and gave a thumbs up, he stopped the bout. He told Steinbeiss immediately after the fight that he thought he went limp but knew he didn't after the fact. 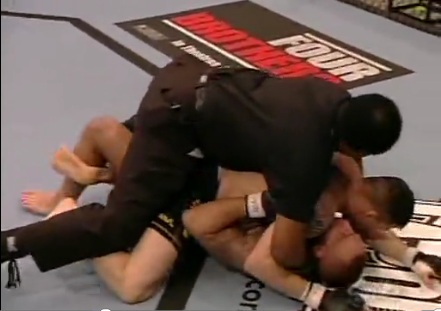 Cecil Peoples makes it onto the list at number two for his stoppage of the first Pete Sell versus Nate Quarry bout at the first ever Ultimate Fight Night event.

At 42 seconds in round number one, Quarry connected with a solid punch that put Sell down. After landing a strike to his opponent on the ground, Peoples jumped not in but onto Quarry to save Sell from taking any more damage. After a awkward minute of the them all on top of each other, Peoples finally got off.

Both fighters had a rematch later with Quarry winning by TKO.

No. 1 Marcus Silveira vs. Kazushi Sakuraba

It was so bad that both fighters had an immediate rematch later that night.

It was Kazushi Sakuraba's second professional MMA bout and he was taking on Marcus Silveira at UFC Japan.

Referee John McCarthy jumped in to stop the bout after Sakuraba fell down after taking a clean shot from Silveira. What he didn't see was that Sakuraba was going for a single leg takedown and was not actually hurt.

Sakuraba won the rematch later that night, and the first fight was rightfully declared a no contest.