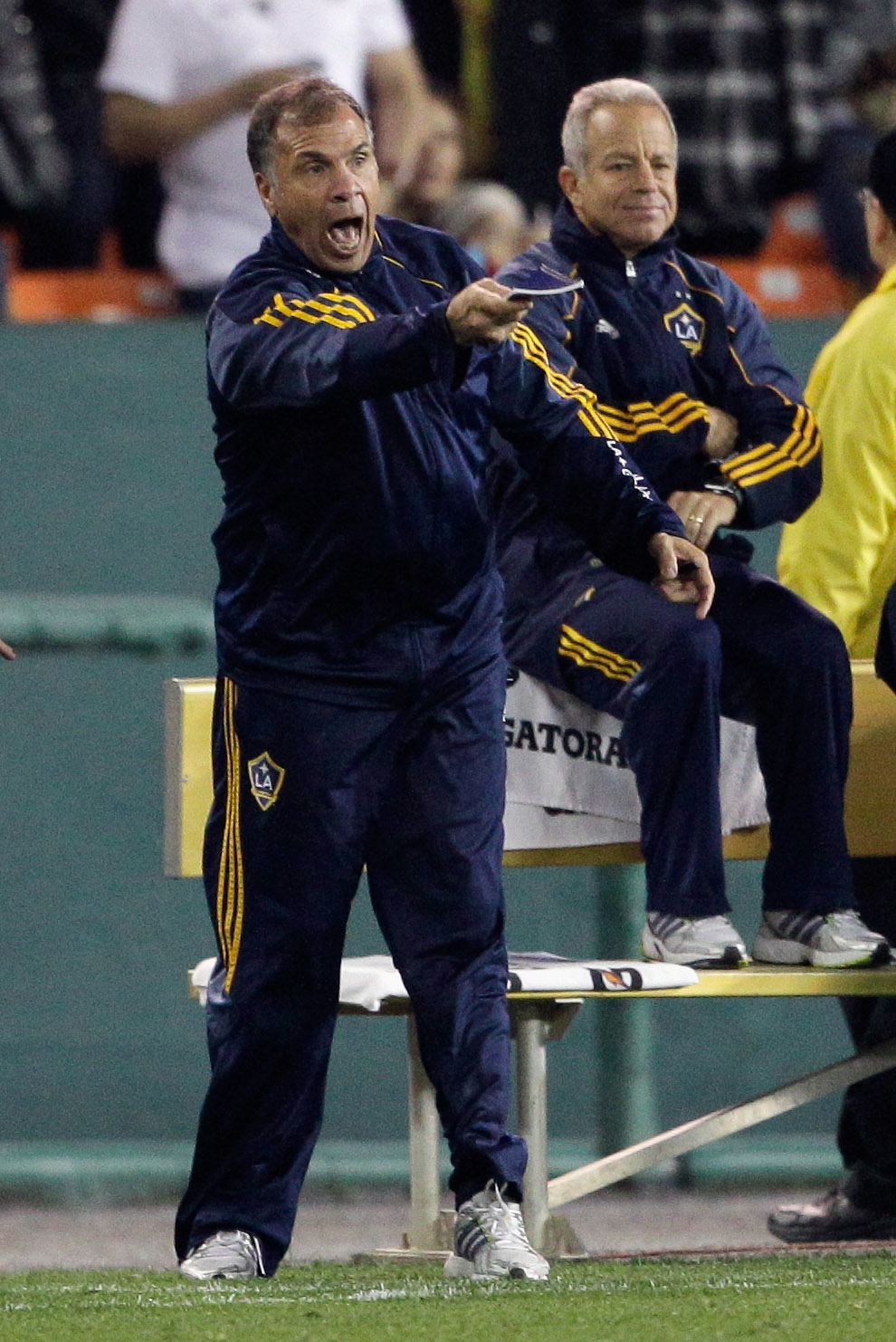 The Galaxy are off to a much slower start than their 2010 campaign, with a 2-1-2 record only five games into the season.

Never to fear, my fellow Galaxians, I am here to tell you that the Galaxy and their high expectations for a MLS Cup are certainly within their reach.

If it was not for an invisible take down in the penalty book in D.C. then the Galaxy would be feeling much better than they are today. Though that is not the case, the Galaxy have some things they must fine tune and sort out.

Head Coach Bruce Arena is fully aware of most of them (I hope), and if not, then maybe this article shall shed some light. 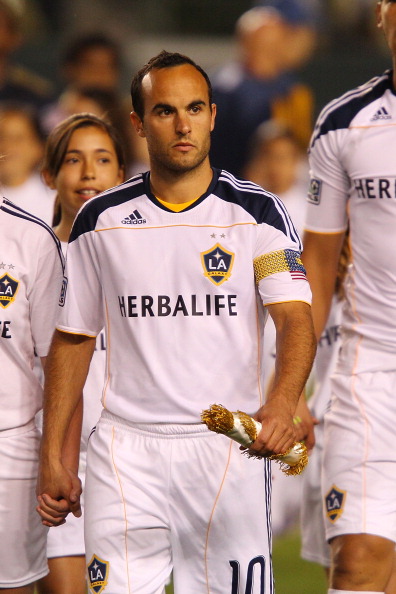 The first is quite simple, PLAY LANDON DONOVAN.

Now I understand he did not play one game because of a U.S. National Team call up against Argentina, but last week in D.C., he was told to stay at home to rest a bruised knee.

I understand it is early in the season, and there is no sense in ruining our captain's season in the fifth game. That being said, I feel that Head Coach Bruce Arena underestimated D.C. United and felt that the game was going to be a gimme.

Even with David Beckham as our interim captain, Donovan is still the heart and soul of the Galaxy, and without him, the guys are lost. 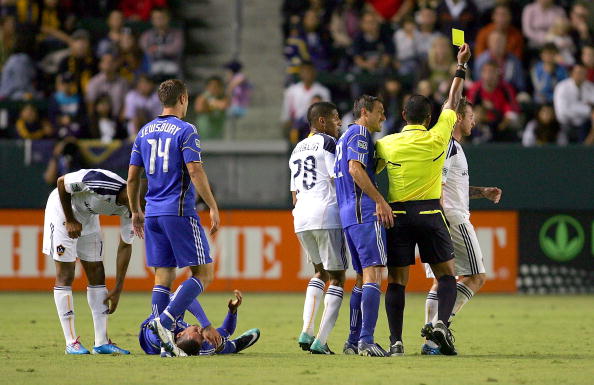 The Galaxy have shown quite a bit of frustration for such a veteran-led team. David Beckham leads the team with 4 yellow cards. Fortunately for him last week he was only shown a yellow, when in truth he deserved a red for his two-foot scissor karate chop on Josh Wolfe.

This frustration does not bode well for a team attempting to find their rhythm and string off a few wins early in the season. With Donovan back in the lineup, it will be his job to make sure his team is cool, calm and collected.

The Galaxy will have their mental toughness tested as they travel to the harsh cold fans of Toronto and then off to the Windy City of Chicago before they finally head back home April 23.

Get Juan Pablo Angel the Ball 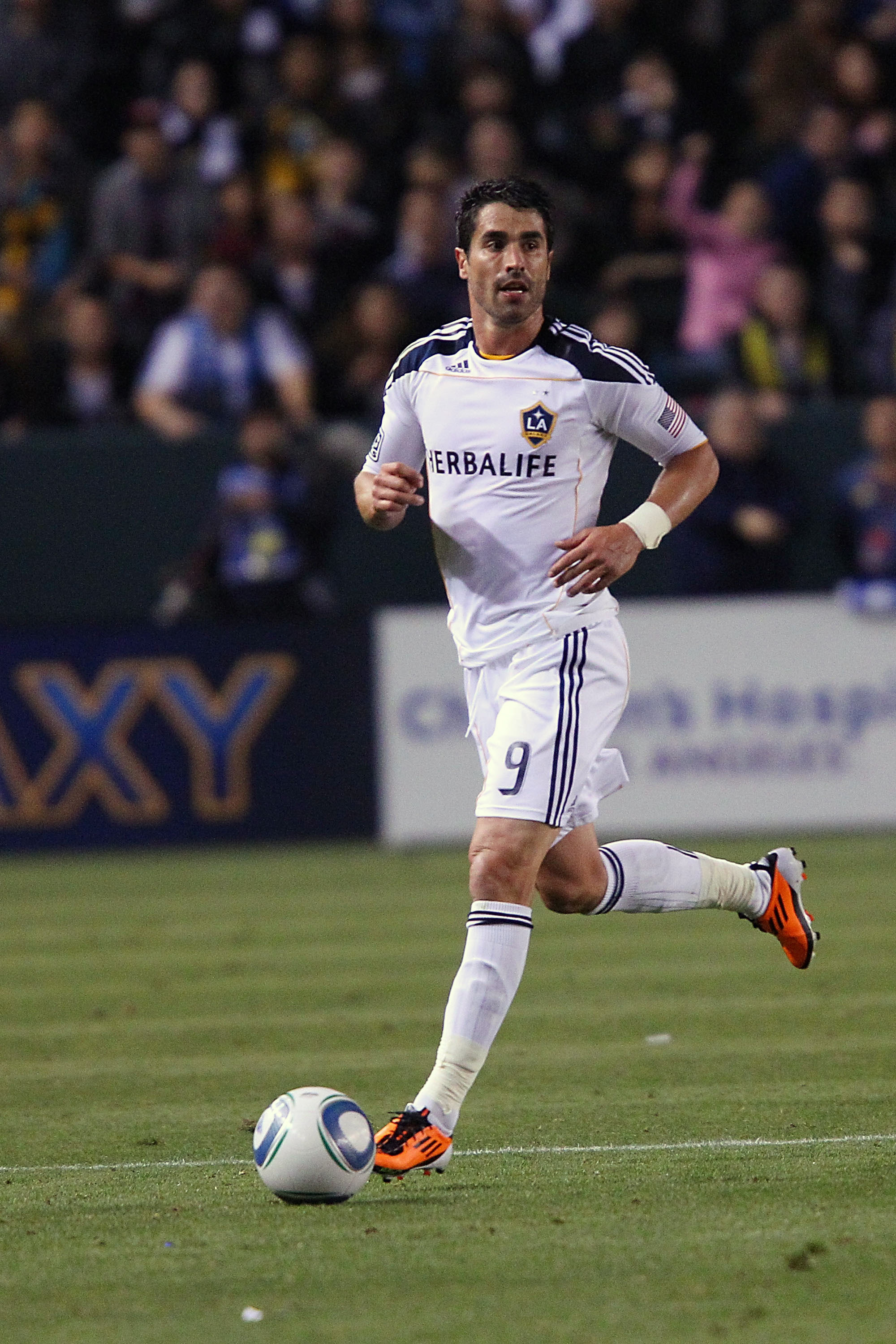 When Edson Buddle decided to take off to Germany and play, he left a huge void at the top of the Galaxy formation. The Galaxy brass, fought tooth and claw for the acquisition of the Great Juan Pablo Angel.

With the New York Red Bulls, Angel scored 58 goals in 102 appearances for his home squad. Galaxians jumped for joy when the signing was complete, but already five games into the season, fans are beginning to ask some questions.

Angel did not play in the opener in Seattle due to the flu, he played sparingly in the final third of the home opener and since has started in every other game.

Angel was able to score his lone goal of the season in throw away minutes of the Real Salt Lake throttling, but has not really challenged opposing keepers yet.

To the unsettled Galaxy fans: Let him settle in. It will take a few more games for Angel to get in a rhythm and understand the style and rate of play Los Angeles carries.

The way to get Angel acclimated to the City of Angels on the pitch is to get him earlier touches in the game. Allow him to control the ball early and lay it off to the likes of Lando and Becks.

Angel will be the scoring machine for the Galaxy; give him touches and time. 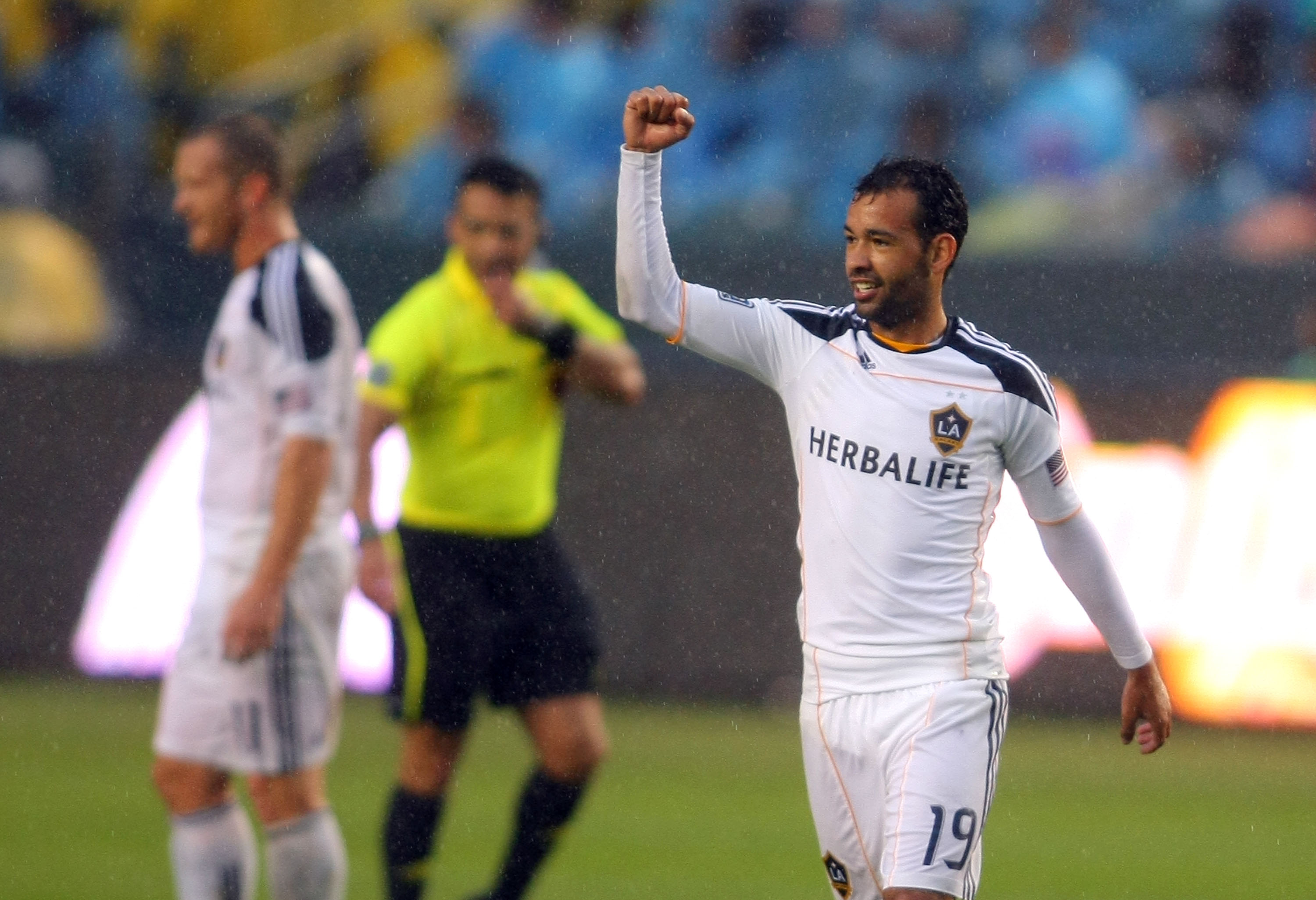 I think it is safe to say that far and long the best offensive threat on the Galaxy thus far in the season is 22-year-old midfielder Juninho.

The Brazilian has been lights out, leading the team in goals with two. In no way, shape, or form has he been star struck by the two midfielders opposite him in Landon Donovan and David Beckham.

He has been able to control the center of the pitch and he has found his sweet spot right at the top of the 18-yard box.

Juninho showed flashes of his rocket right leg last year, but was never able to find space consistently to showcase it. This year, he is a year more experienced with his teammates and is comfortable in the heart of the field.

If Head Coach Bruce Arena can find a way to get Juninho at the top of the box with the ball, then the AC Brigade and Riot Squad will be out of confetti before mid-season. 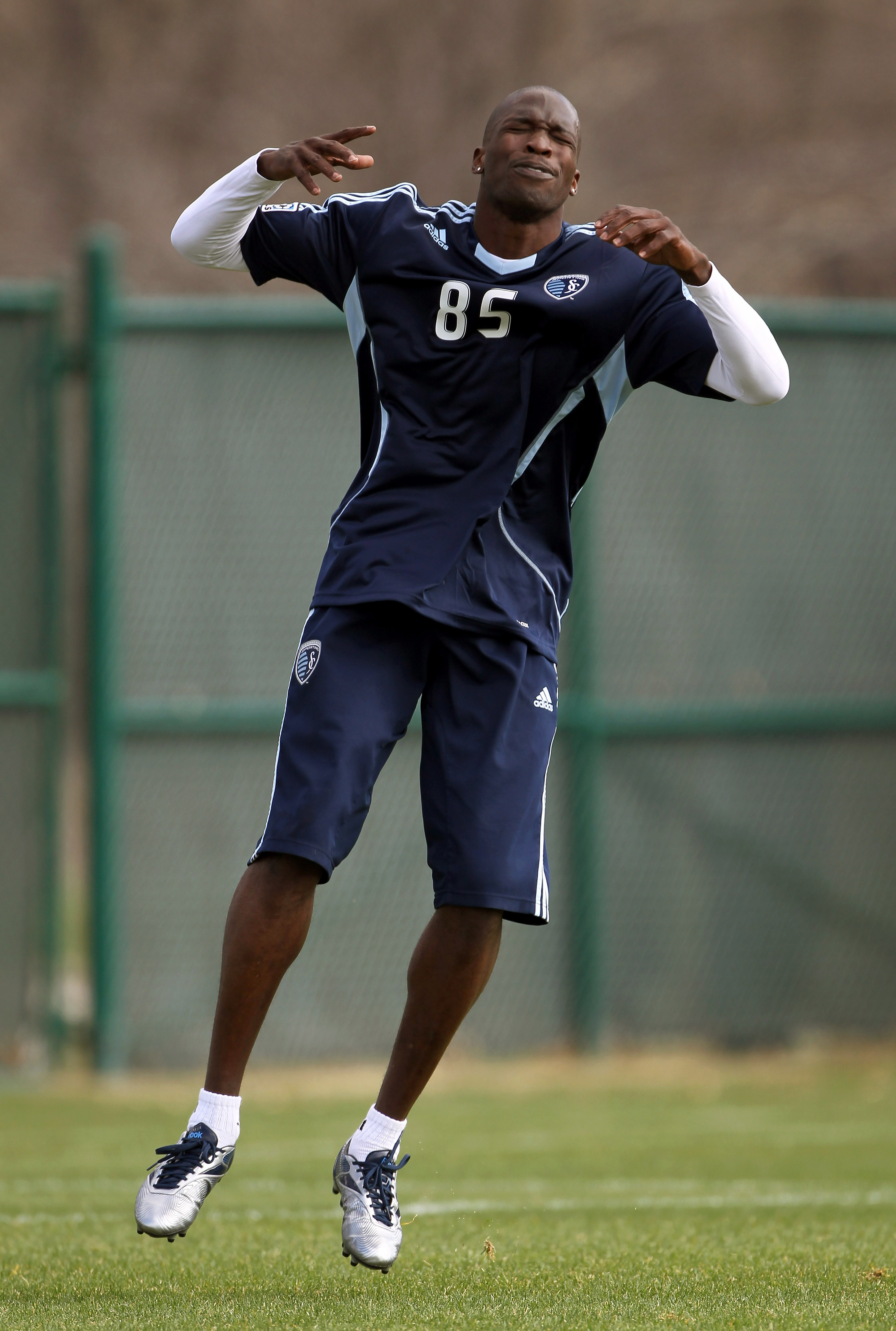 Okay, Okay, I am joking about this one, the Galaxy do not need any more big-name players or any football players for that matter.

The Galaxy have no need to worry, their defensive back line is golden with Todd Dunivant, Leonardo, A.J. De La Garza and Sean Franklin. They look comfortable and seem to be communicating very well.

Fellow Galaxians, no need to fear, our beloved team will sort out their early-season issues. Once they start rolling, they will be a tough team to compete with late in the season.

On the bright side, it is better to start slow and get hot later, rather than start off hot and get cold late (See last year for reference).