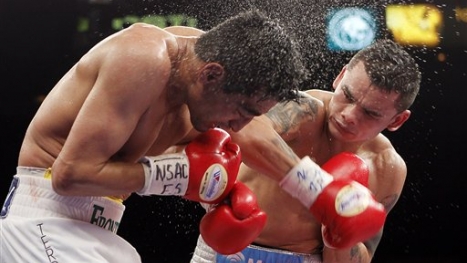 Friday Night Fights, ShoBox and the Morales vs. Maidana pay-per-view all made headlines during the weekend. All three events featured undefeated prospects and "Action Heroes."

Mexican legend Erik Morales also made his biggest comeback fight yet when he took on tough brawler Marcos Maidana.

Lightweight contenders Robert Guerrero and Michael Katsidis battled each other for a chance at lightweight champions Juan Manuel Marquez and Humberto Soto.

The PPV capped off a weekend full of upsets and knockouts featuring undefeated fighters and up-and-comers.

James Kirkland Gets Knocked out in One Round

Perhaps the biggest and most surprising story to develop was the loss James Kirkland (27-1) suffered against Nobuhiro Ishida (23-6-2).

With only six knockouts for Ishida versus Kirkland's 24 knockouts, all the talk was focused around whether or not Ishida could handle the power and ferocity of the undefeated 27-year-old.

Turns out it was Kirkland who was the one who had to worry as he was dropped 30 seconds into the fight with a left hand.

A minute later, Kirkland was dropped twice more, and referee Joe Cortez called a stop to the bout.

Kirkland's aggressive style leaves him susceptible to flash knockdowns, and that is exactly what happened in this fight. He never looked seriously hurt but constantly left himself open to get caught with right hands.

It's a loss that Kirkland can jump back from but adjustments in his style will have to be made. This may start with him going back to his old trainer Ann Wolfe.

David Lemieux (25-1) was supposed to be following in the footsteps of other Canadian stars Lucian Bute and Jean Pascal but was stopped in his bout with Marco Antonio Rubio (49-5-1) during the seventh round of their WBC middleweight title eliminator bout.

It was the main event on Friday Night Fights in Lemieux's hometown of Montreal, Quebec, Canada. After out-boxing the former WBC and WBO middleweight title challenger for five rounds, Lemieux hit a wall in the sixth round as Rubio put on the pressure late.

After the first knockdown occurred in the seventh round, Lemieux's corner stepped into the ring to call a halt to the bout in what was an arguable premature stoppage.

With this victory, Rubio takes one big step in fighting the winner of Julio Cesar Chavez Jr. vs. Sebastian Zbik. 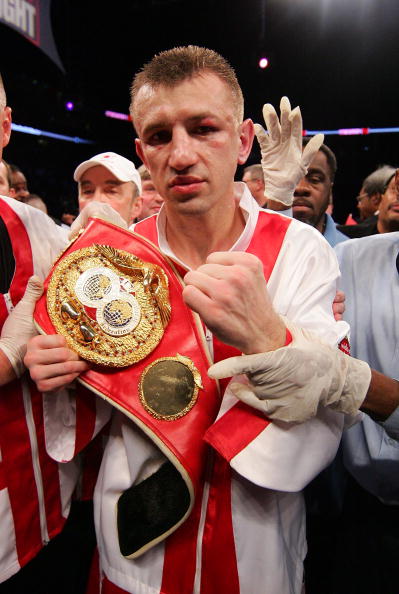 Hopefully it's true because if Klitschko's last opponent was any indication, he needs an opponent that will come to fight and be able to give it his best. Adamek is that guy, and it should happen sometime later this year. 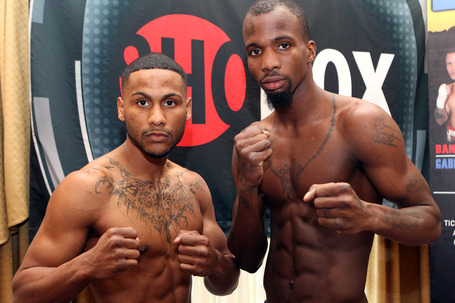 ShoBox featured four undefeated up-and-comers. Three of them all had one thing in common; they all lost.

Undefeated fighters losing for the first time may be the biggest storyline of the year.

The WBO super middleweight title was on the line in Germany when top-10 ranked boxer Robert Stieglitz (40-2) took on Khoren Gevor (31-5).

Gevor was disqualified in the tenth round after intentionally headbutting the Russian boxer. A post-fight scuffle occurred as Gevor went after a few of Stieglitz' handlers.

Stieglitz hasn't lost since his 2008 bout with super middleweight contender Librado Andrade. With the victory, future title bouts with top five opponents may be down the road. 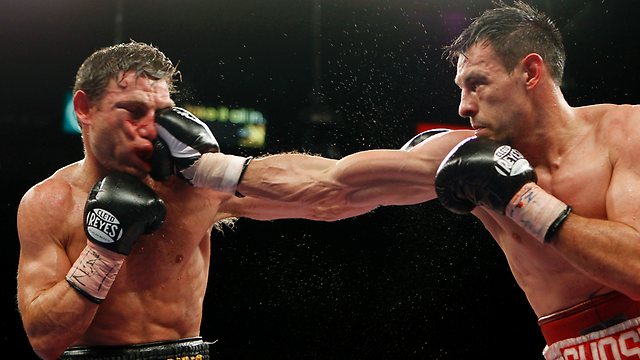 It was Robert Guerrero's (29-1-1) toughest test to date and he passed it decisively after 12 rounds of out-boxing and out-maneuvering Australian fighter Michael Katsidis (27-4) in the co-main event of the Morales vs. Maidana PPV.

Soto is scheduled to face Urbano Antillon in a rematch May 7th, and a possible fight between Marquez and Zab Judah may be in the works for the summer.

Any winner that emerges from those two bouts should be next in line for the 28-year-old from Gilroy, California.

It was set to be Hasegawa's first defense after winning the title in November when he won a unanimous decision over previously unbeaten boxer Juan Carlos Burgos. That victory followed a fourth-round knockout loss to former top 10 pound-for-pound fighter Fernando Montiel.

The 29-year-old Mexican-born boxer was being out-boxed early on but landed a right hand to knock down the boxer fighting in front of his hometown. Hasegawa was able to beat the count but the referee waved off the bout after he decided he shouldn't continue.

Hasegawa was previously ranked 11th in the division by Ring Magazine. With the win, Gonzalez should return to the top 10 of the division. 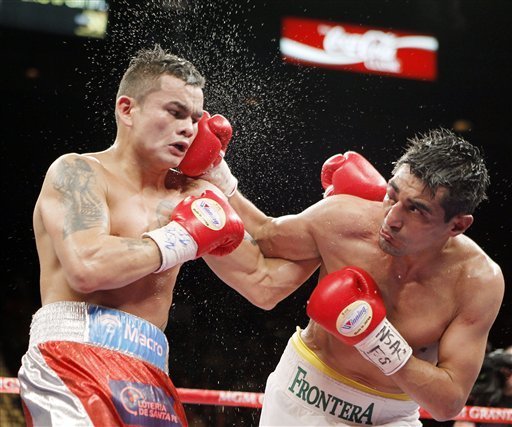 Many experts were not picking Morales to be able to withstand the power that knocked out 27 previous Maidana opponents, and we couldn't have been more wrong.

For 12 rounds with one eye, Morales fought Maidana punch for punch while not taking many backward steps. He had Maidana on the ropes several times but was not able to put the Argentinian boxer down.

After 12 rounds of back-and-forth welterweight action, Maidana won a majority decision with the scores 114-114, 116-112, 11-112. Most fans had thought the Mexican legend had done enough in the middle rounds to steal the decision. It could have gone either way, and a draw would have been the best choice.