L.A. Lakers: 6 Roadblocks to an NBA Championship for Kobe Bryant and Co. 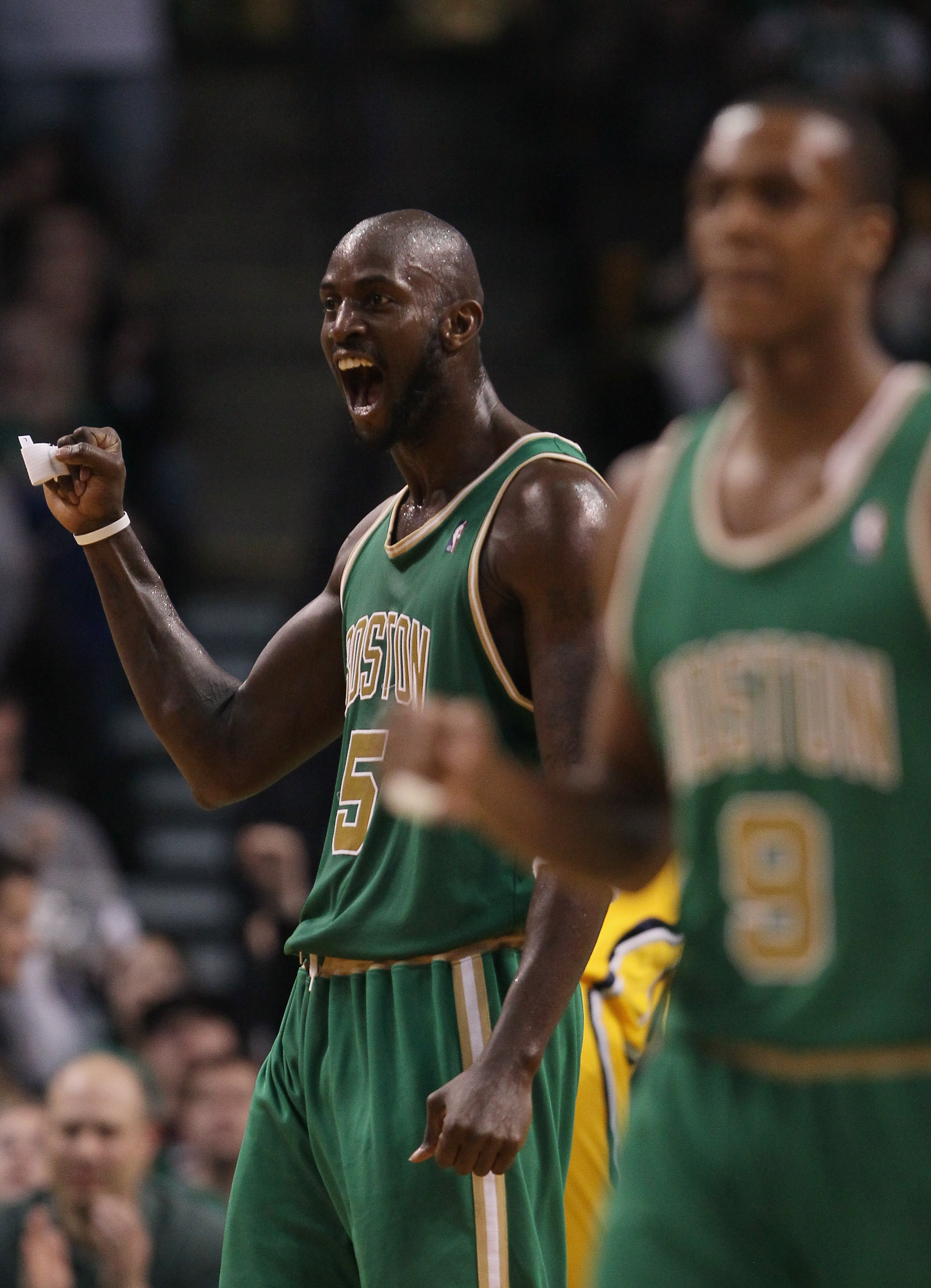 Is there any team in the NBA that can beat the Los Angeles Lakers in a seven-game series?

That question is becoming more and more relevant in the face of the Lakers' strong play as the regular season draws to a close.  Of course the Lakers can be beat, but are any of this year's other contenders up to the task?

In the West, San Antonio, Oklahoma City and Dallas are considered to be the top choices to potentially dethrone the Lakers, and beyond the West, Chicago, Boston and Miami are the popular choices to meet the Lakers in the NBA Finals.

Each one of those teams except the Thunder have defeated the Lakers in the regular season, and each one gave a glimpse of what it would take to beat them in a series.

The trick will be finding a way to maintain consistency in the face of the Lakers' size, talent and experience, and as they have proved the past two seasons, it will not be a simple task.

The Lakers benefit from understanding exactly what it takes to win an NBA championship, and they have the advantage of being arguably the league's most complete team.

But the Lakers do have flaws, and each of the teams listed above have systems or players that are capable of exposing those flaws and capitalizing on them.

I have compiled a list that ranks each of the three teams in the West, and what they must do to beat the Lakers in a seven-game series.

And if the Lakers should survive the West, then there are potentially three other teams from the East who are looking for a chance to end their reign in the 2011 NBA Finals.

All six of the teams mentioned have a legitimate shot at knocking off the champs, but they must capitalize on the advantages they have and find a way to neutralize the Lakers' strengths.

There may be other teams who have a chance of beating the Lakers in a seven-game series, and please feel free to mention any teams who have a shot at being this year's giant-killers in the postseason. 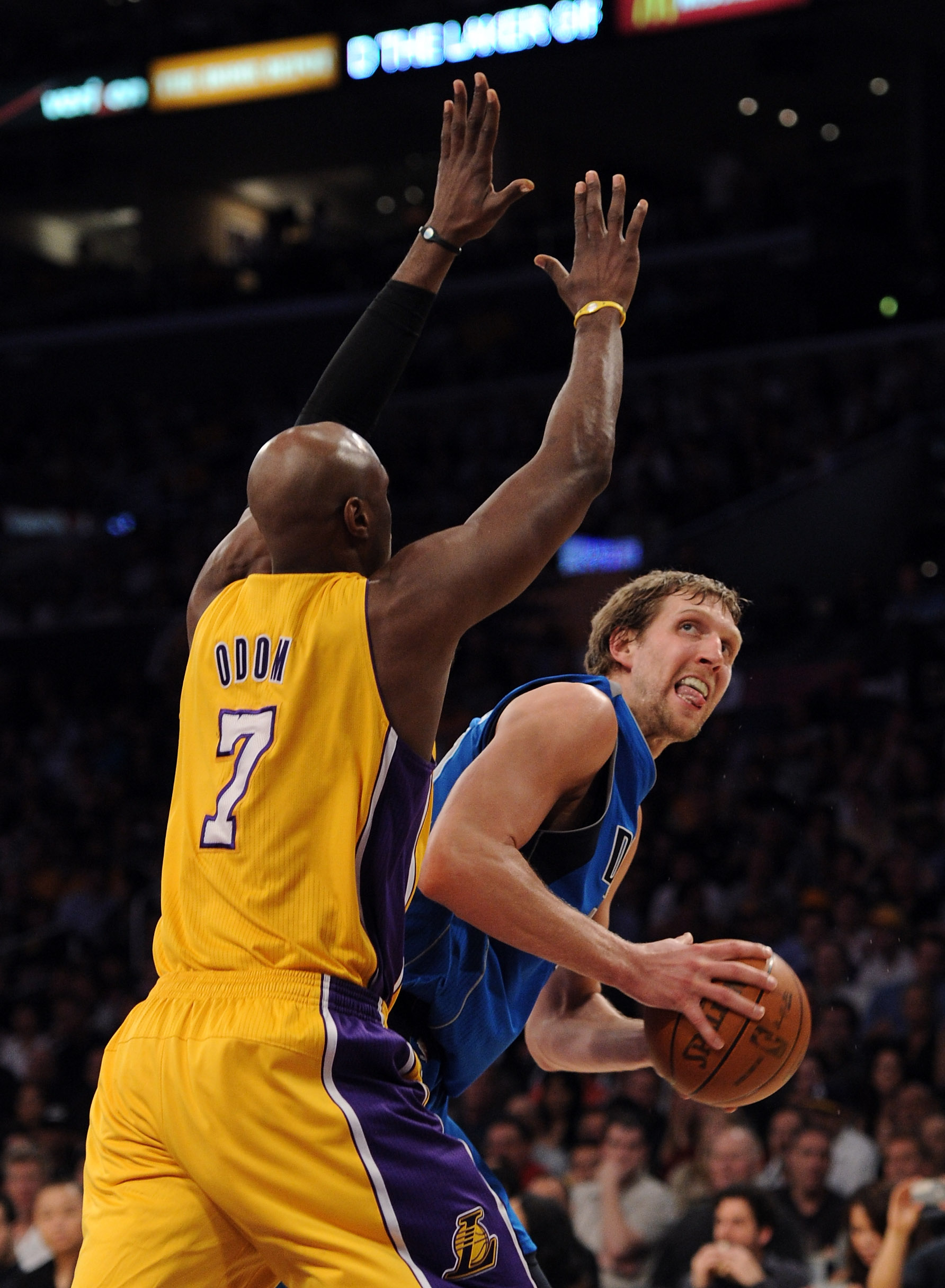 On paper the Dallas Mavericks appear to be the perfect foil to the Lakers' quest for a three-peat.

The Mavericks are big, talented and deep, and they have a legitimate NBA superstar in forward Dirk Nowitzki.

Dallas was able to defeat the Lakers in an early regular-season game, but in the team's past two meetings, the Lakers revealed things about the Mavericks' roster that don't show up on paper.

Dallas does have great length with seven-footers Tyson Chandler and Brendan Haywood, but neither player has the strength or skill to match up with Pau Gasol, Andrew Bynum and Lamar Odom over the course of seven games.

Additionally, Chandler or Haywood can not exactly be called offensive options in the post, and the inability of the Mavericks to consistently score in the interior turns them into primarily a jump-shooting team.

Of course if Jason Terry, Nowitzki, Jason Kidd and the Mavericks' other perimeter players are hitting their shots, they can make life difficult for any opponent, but if the perimeter shots are not falling, where does Dallas turn?

The Mavericks' roster may mirror the Lakers in some aspects, but the truth of the matter is the Lakers are bigger, stronger, tougher and more talented than Dallas, and to imagine them winning more than two games in a series with Los Angeles is a stretch. 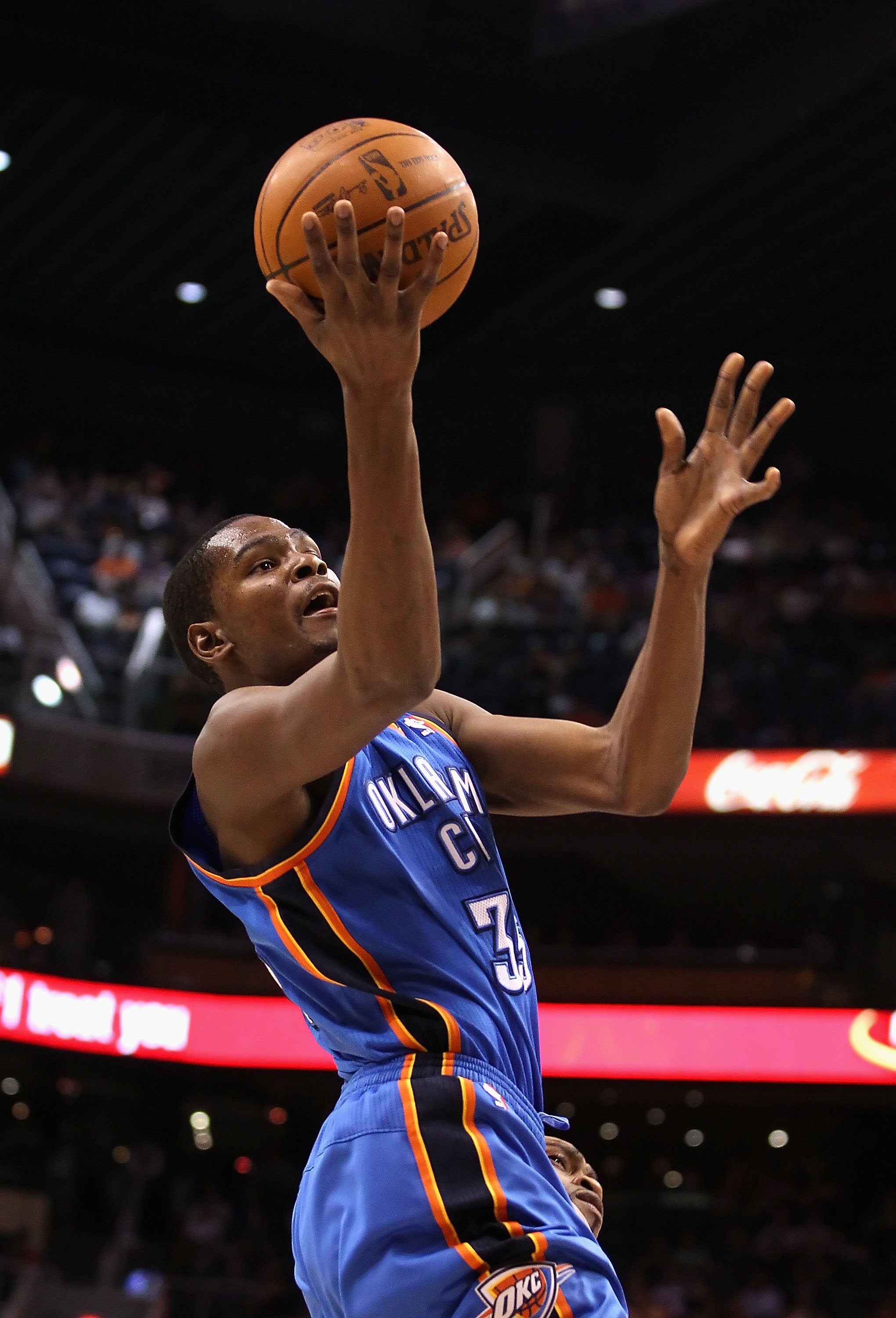 Many observers are picking the Oklahoma City Thunder as a strong dark-horse contender in the West, and after last season's strong showing against the Lakers, there are even some who think they are capable of beating them in a series.

The Thunder's acquisition of center Kendrick Perkins makes the team tougher in the interior, but will that offset the loss of Jeff Green?

Green was the Thunder's only real threat as a third scorer, and if the Thunder hope to improve on last year's six-game series loss, someone else will have to assume that role.

The most likely candidate would appear to be shooting guard James Harden, as he has performed well in Green's absence, but he must also prove that he is capable of scoring consistently in the postseason.

Point guard Russell Westbrook was the Thunder's best player against the Lakers in the 2010 playoffs, but if the same is true this year, then you can expect the same results.

Kevin Durant was effectively bottled up by Lakers forward Ron Artest last season, and if the Thunder hopes to beat the Lakers, Durant must improve on his 30-percent shooting in last season's first round.

Durant is the Thunder's best player and the only way Oklahoma City can meet expectations is if Durant is also their best player in the postseason. 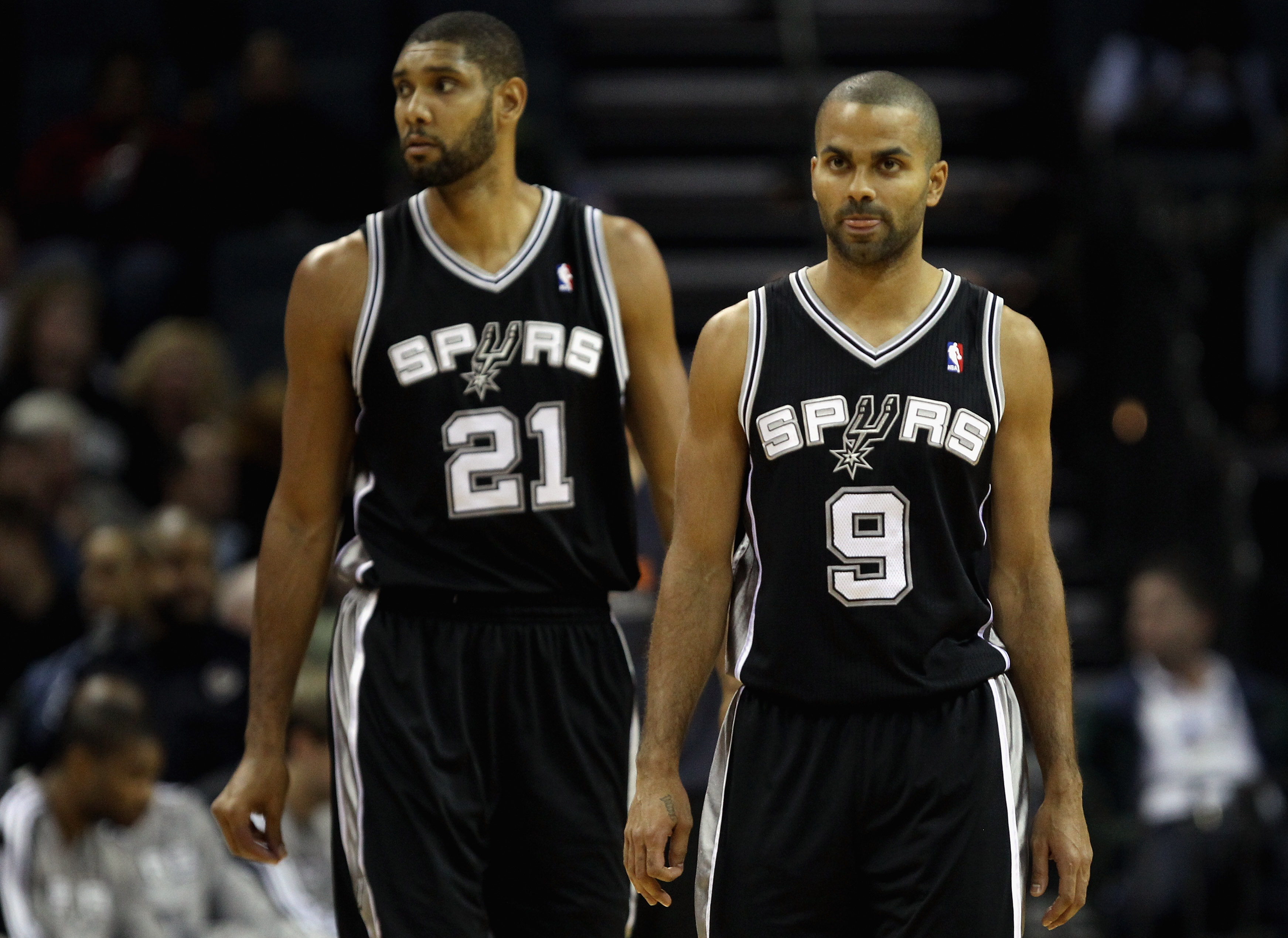 For most of the 2010-11 regular season, the San Antonio Spurs have been the NBA's top team, but in recent weeks a familiar nemesis has made its presence known.

The Spurs are no stranger to injuries, as they have seen more than their fair share in the recent past, but this season San Antonio managed to stay relatively healthy, at least until it mattered the most.

The Spurs' core of Tim Duncan, Tony Parker and Manu Ginobili have all recently suffered injuries, but Duncan's ankle may have been the worst, and the most troubling.

The Spurs can hurt the Lakers with the penetration and outside shooting from players like Parker, Ginobili, and George Hill, but Duncan is the only player on their roster who can match the Lakers' size and talent in the interior.

Interior depth is a legitimate concern for the Spurs and unless Duncan is 100 percent against the Lakers, their chances of returning to the West's top spot is slim.

Even with a healthy Duncan, the Spurs have no other player besides Richard Jefferson to defend Kobe Bryant. Lamar Odom's ability to play on the perimeter creates a mismatch San Antonio may not be able to overcome. 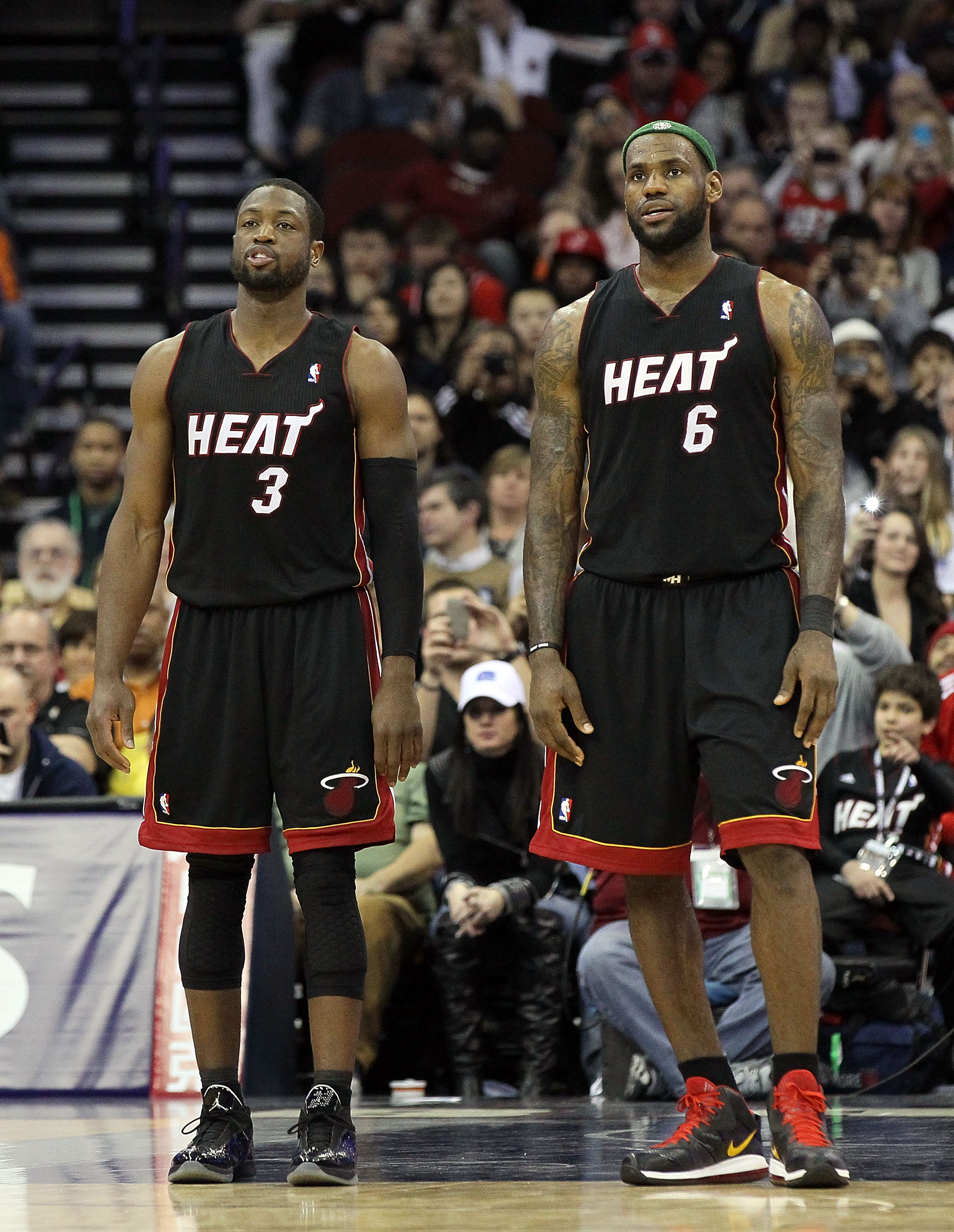 The Miami Heat have won both regular-season meetings with the Lakers and one in impressive fashion, but would their strategy work in a seven-game series?

Miami is a great defensive team, and the Heat are at their best when they are able to dictate tempo and force the pace of the game.

The athleticism of LeBron James, Dwyane Wade and Chris Bosh make the Heat a terror in the open court, and their maligned group of big men have actually exceeded most people's expectations.

Miami managed to out-rebound the bigger Lakers in both regular-season meetings, but can their makeshift front line hold up against the NBA's best group of interior players over the course of seven games?

The best chance Miami would have of beating the Lakers would be to turn the entire series into a track meet, which is something that goes against the very essence of the postseason.

The pace of the NBA game slows down significantly in the playoffs, since a high premium is placed on every possession. In the postseason every basket is critical, so more care and time is taken with each possession.

If Miami has been dominant in the open court, then they have been their most vulnerable when forced to play a half-court game.

Their only legitimate interior scoring threat is Bosh, and he prefers to play facing the basket on the perimeter.

The lack of a quality big man who can consistently score when the pace of the game slows down may be the Heat's biggest weakness.

And unless they can find a way to neutralize that by forcing an up-tempo game, the Lakers would probably prevail in a series due to the strength of their frontcourt. 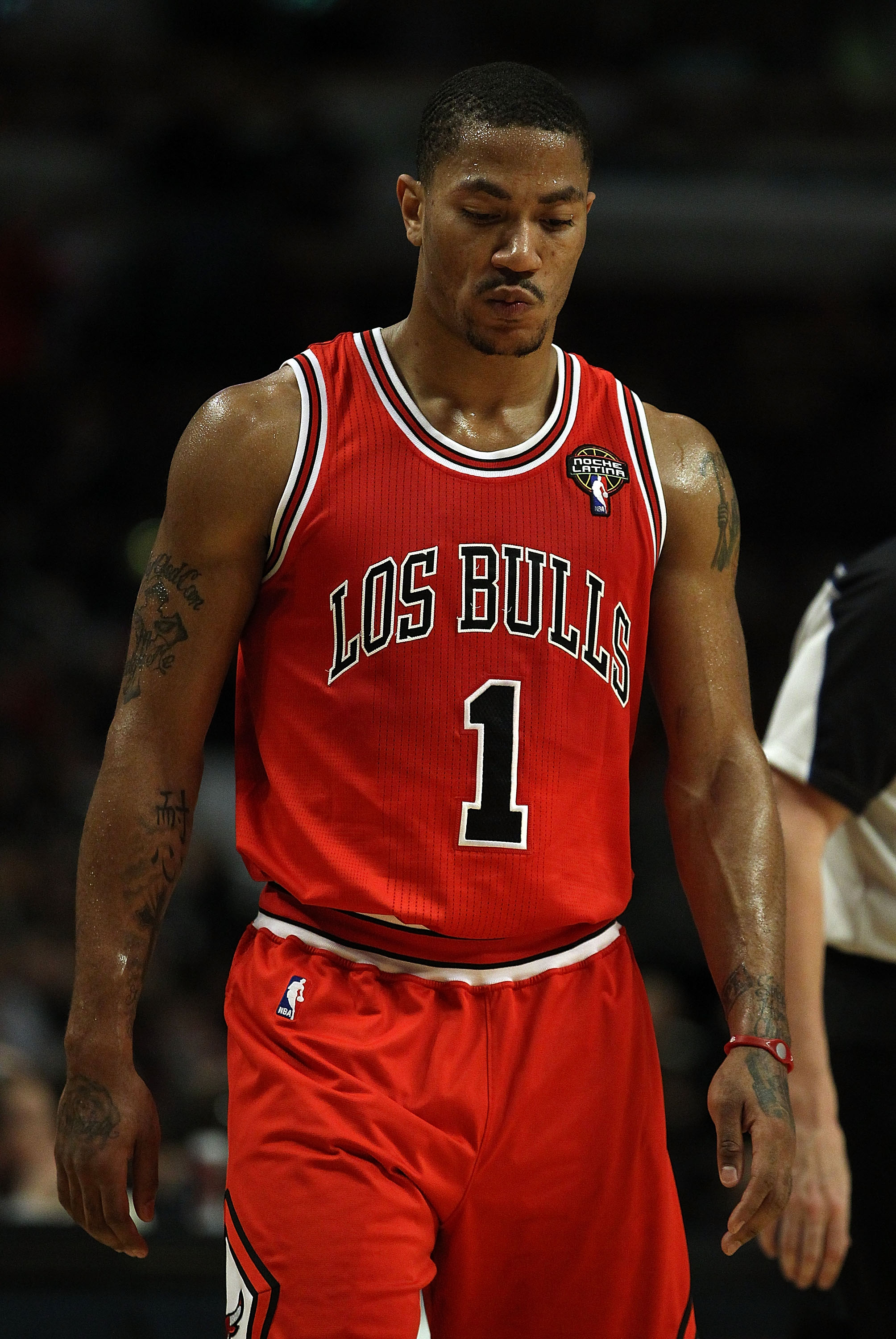 The surprising Chicago Bulls are seen by many observers as the East's most complete team, and they have a unique blend of perimeter and interior talent that could cause problems for the Lakers in the Finals.

Leading MVP candidate Derrick Rose is the player who makes the Bulls go, and he's the one player who the Lakers have no answer for defensively.

Rose's ability to get to the rim opens up passing lanes and puts pressure on defenders all over the court, and he has the strength to finish with authority once he gets there.

If the Bulls and Lakers were to meet in the Finals, Rose could probably expect a healthy dose of Bryant as a defender, but even if Bryant's defense is effective, Chicago still has options in the paint.

Forward Carlos Boozer gives the Bulls a legitimate scoring presence in the paint, and although he and center Joakim Noah are under-sized compared to the Lakers' front line, both players are above-average rebounders.

Luol Deng also provides Chicago with another perimeter scoring option, and the Bulls have fully bought into the defensive principles of head coach Tom Thibodeau.

The main concern with the Bulls may be their inexperience, and the fact that they have yet to win a single playoff series makes penciling them into the 2011 NBA Finals a little presumptuous.

There is no doubt that the Bulls have the talent needed to reach the Finals, but they must also prove they have the resolve and fortitude to compete with more experienced teams in the East. 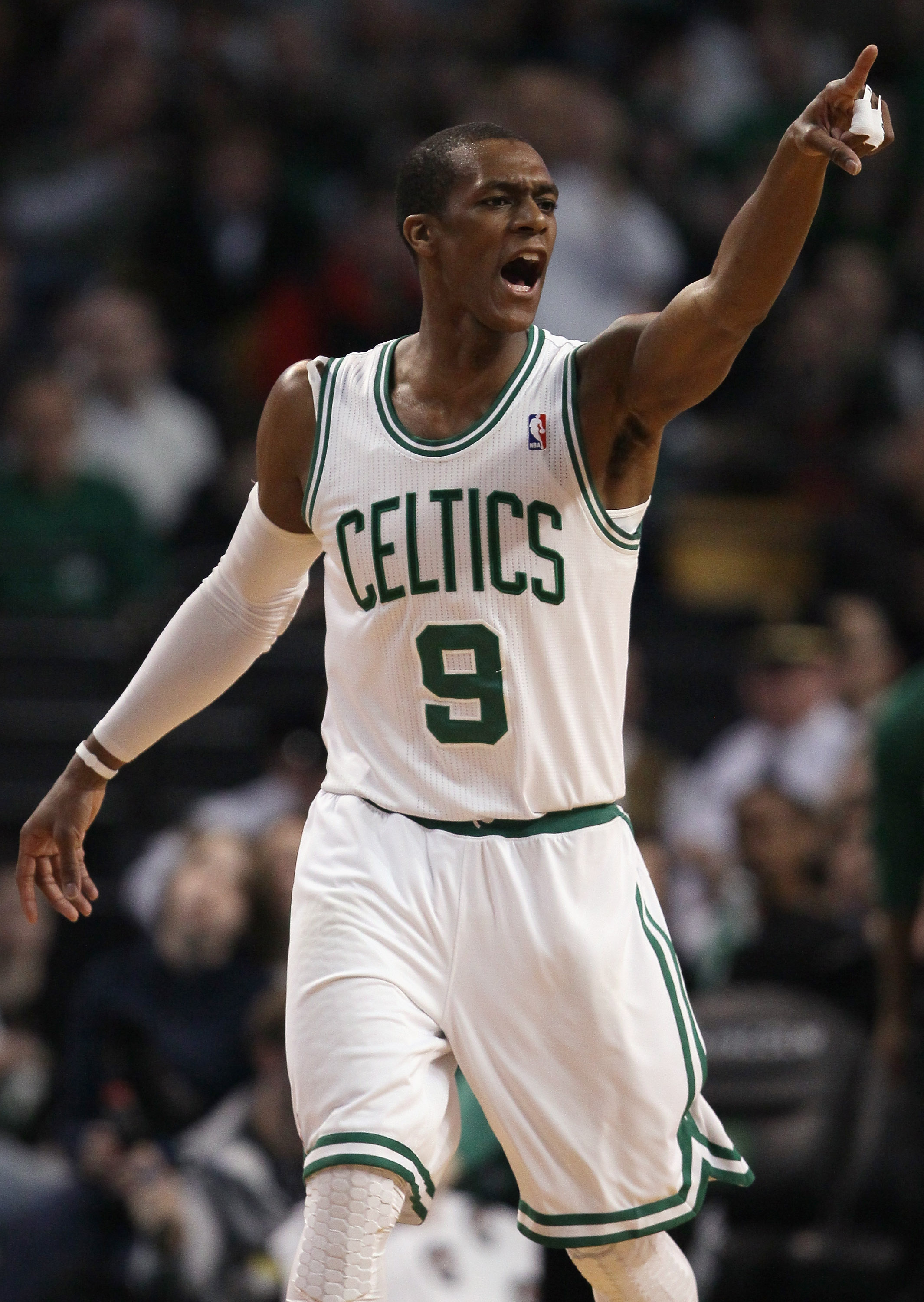 The Boston Celtics may be struggling entering the final stretch of the regular season, but lessons from last year prevent me from placing too much value in that.

The Celtics managed to come within a game of securing the 2010 NBA championship after struggling at the end of the 2009-10 regular season, but as some people point out, this is a different team.

The loss of Kendrick Perkins will affect Boston in the middle, but just how much remains to be seen.

The Celtics' core of Rajon Rondo, Kevin Garnett, Ray Allen and Paul Pierce are still good enough to beat most teams in a seven-game series, but the depth of their front line has to be a concern.

The Celtics recently lost center Nenad Kristic to a knee injury and Shaquille O'Neal's latest comeback attempt lasted a total of one game.

The Celtics are well coached and disciplined enough to reach the Finals, but without Perkins in the middle, are they good enough to beat the Lakers if they should meet?