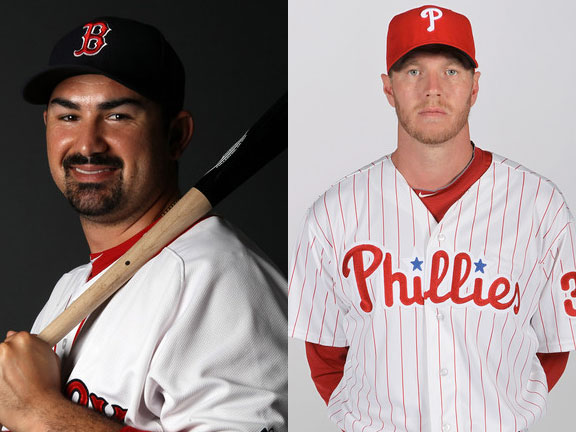 With opening day mere days away, I've made my picks for whom I believe will be taking home hardware this November.

Some of these picks are early favorites, and some I'm sure will raise some eyebrows. I didn't simply pick the very best players in each league, instead opting for some dark horses I expect to emerge and make their mark in 2011.

Please leave me some feedback. Congratulations on surviving the Winter everybody; time to play ball. 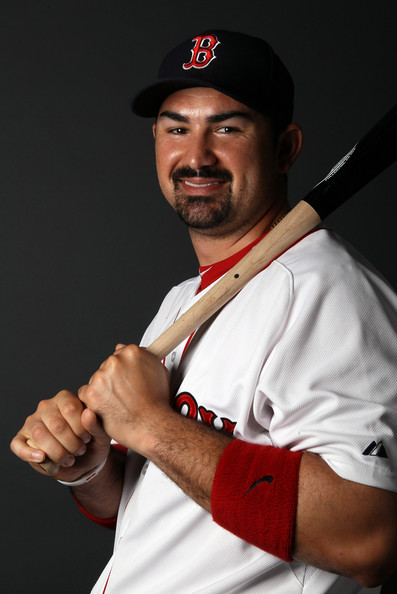 A marquee player despite years of playing in the hitter's purgatory known as Petco Park, Gonzalez is widely expected to flourish moving to the friendlier confines of Fenway Park and with good reason.

If he can hit 40 home runs (as he did in 2009) playing half his games in Petco and with virtually no protection in the lineup, it's downright scary to imagine how many he can hit in Fenway in the middle of a loaded lineup.

Additionally, he is excellent at hitting to the opposite field which should make for a slew of doubles off the green monster. Having led the Red Sox back to the top of the AL East, Gonzalez will win his first MVP award this season.

Miguel Cabrera: If his troubles are finally behind him, he should flourish batting between Magglio Ordonez and Victor Martinez. There will be a definite case to be made for him if Detroit wins the AL Central.

Josh Hamilton: Rebounded from an injury-plagued 2009 to take home the award in 2010, and there's no reason he shouldn't be in the discussion again this year.

Carl Crawford: Gonzalez is getting all the attention, but Crawford is poised for a career year himself following a 2010 season that saw him set career highs in HR, RBI, and OPS.

Evan Longoria: A fantastic two-way player who could put up numbers too good to ignore no matter where the Rays finish this season. 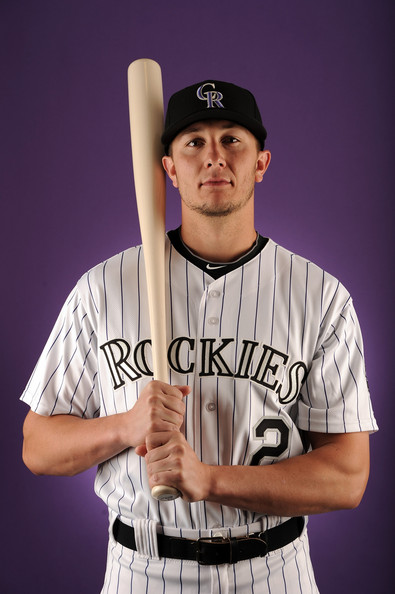 His teammate Carlos Gonzalez has been the talk of the baseball world for the past year, but it's Troy Tulowitzki who will take home NL MVP honors in 2011.

After missing over a month of the season with a wrist injury, Tulo caught fire in September, hitting 14 HR in a span of 15 games. He ended the season with 27 HR and 95 RBI despite only playing in 122 games.

In addition to his prowess with the stick, he's probably the best shortstop in the game right now. Tulo's all-around excellence will help Colorado get back to the playoffs, and he'll be rewarded handsomely come awards season.

Albert Pujols: He's never had a season anything less than great let alone a down year, and with his contract set to expire and analysts pondering if he's worth $300M, I'm sure not expecting one this year.

Joey Votto: The near unanimous winner last season (despite a monster season from the aforementioned Pujols) and should be in the mix again this season.

Carlos Gonzalez: Whether he outdoes himself from his breakout campaign in 2010 or not, rest assured there will be an MVP case to be made for Car-Go when all is said and done.

Hanley Ramirez:  The Marlins need him to bounce back from a turbulent 2010 if they expect to make some noise this season. 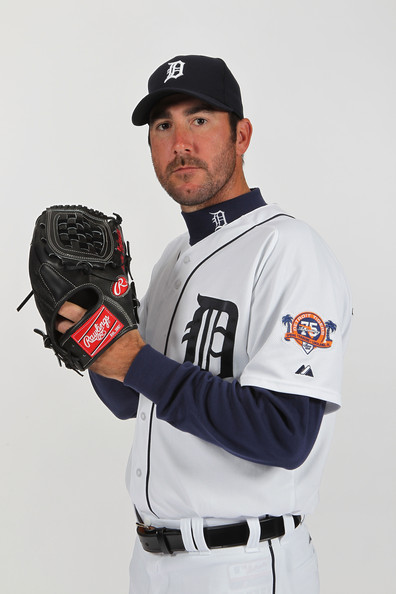 He entered camp looking to avoid a slow start and if his Spring statistics are a sign of things to come (3-0, 0.96 ERA in 28 innings), he should hit the ground running come Opening Day. The Tigers' ace is a serious threat to lead the AL in W, IP, and K.

With three all-star nods and a no-hitter under his belt, Verlander has accomplished a lot already, and the 28 year old flamethrower is primed to add a Cy Young award to his resume. We haven't yet seen the best from him.

Jon Lester: A trendy pick and with good reason. Boston's ace is coming off his finest season yet and figures to get plenty of run support from Boston's revamped lineup.

Felix Hernandez: Not even Seattle's pathetic offense could stop the King from winning the award last season; can he again overcome poor run support to repeat in 2011?

David Price: The one time phenom enjoyed a breakout season in 2010 (2.72 ERA, 19-6) and finished second in the voting last season.

CC Sabathia: He's been dynamite since joining the Bombers and has plenty of incentive to perform if he does plan on opting out of his contract and becoming a free agent this Winter. 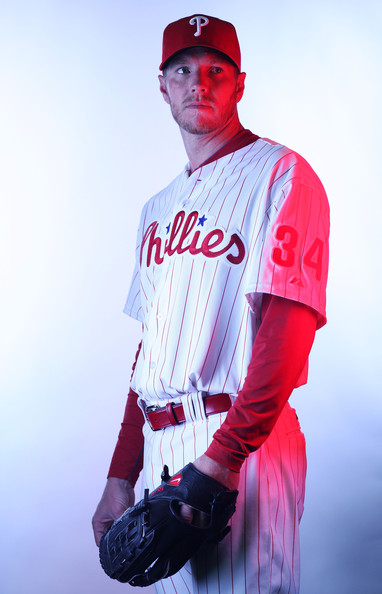 I really tried to not predict any repeat winners but for the second straight year, I just can't find it in me to pick against the doctor.

Halladay lived up to expectations and then some his first season in Philadelphia, leading MLB in W (21), IP (250.2), and CG (9) and pitching a perfect game in May. In his first ever postseason start, he promptly no-hit the Cincinnati Reds, joining Don Larsen as the only players to pitch a postseason no-hitter.

About the only thing he didn't do last year was win a World Series, and you have to believe coming up short will just motivate him more to get it done this year. Look for Doc to again dominate the NL en route to a second straight Cy Young award.

Clayton Kershaw: Few southpaws have a higher ceiling than this 23 year old who finished in the top 3 among lefty starters in ERA (2.91) and K (212) last season. A definite dark horse.

Cliff Lee: After donning four different uniforms in less than a year, Lee is back where he wanted to be and with long term security, is free to concentrate solely on pitching and could flourish as a result.

Zack Greinke: He didn't do himself any favors with that basketball injury last month, but a move to the NL and back into a pennant race could be just what Greinke needs to tap into his 2009 Cy Young form. 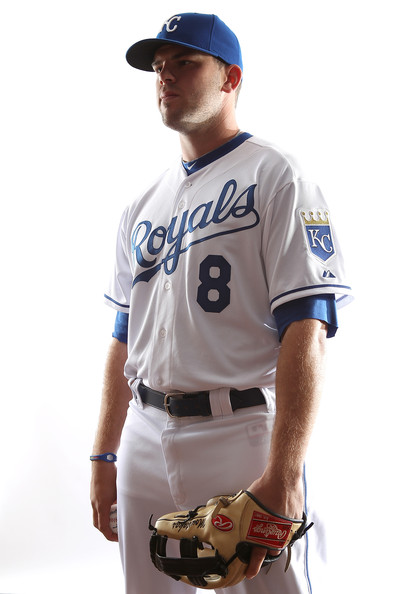 "Moose," the ninth best prospect in the game according to Baseball America, is set to start the year at AAA Omaha.

While the Royals appear headed for another rough season, Moustakas should give them plenty to cheer about this year and hope for a brighter future as well.

Michael Pineda: If he played for a less offensively challenged team, I'd be very tempted to pick him. Hard as wins may be to come by, I'm expecting an excellent debut season nonetheless.

Desmond Jennings: While the speedster won't start the year in the majors, the Rays should call on him eventually for an infusion of speed and energy.

Jesus Montero: There's little doubt that he'll hit. Whether the Yankees hand him the reins this year depends on whether or not he refines his defense, as well as the performance of Russell Martin. 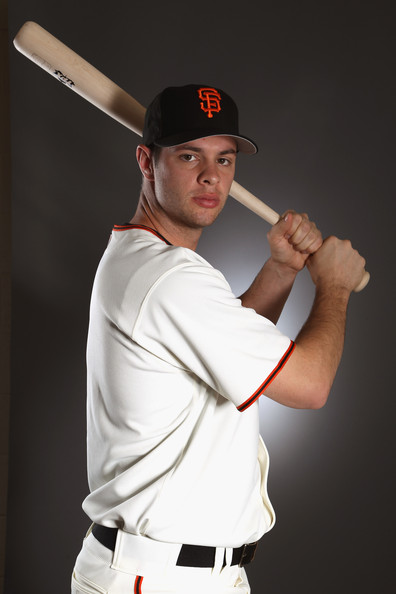 With Aubrey Huff returning at first base and several capable outfielders, there's no obvious spot for Belt on the big league club as it stands today. At some point though, he's going to force them to make room for him.

I see the Giants calling up Belt around June and him quickly asserting himself as the everyday first baseman, forcing Aubrey Huff to the outfield and Nate Schierholtz out of town, not unlike what Buster Posey did last season. While I don't think he'll make an impact quite that colossal, I'm picking Belt to win Rookie of the Year just as Posey did last year.

Freddie Freeman: The Braves handed him the first base job with little hesitation and given his minor league statistics (.301/ .363/ .472 in 4 seasons), it's not hard to see why.

Domonic Brown: Set to start the year on the DL, the suddenly short-handed Phillies could look to the 23-year-old to provide a spark when he's healthy.

Craig Kimbrel: Struck out 40 in just 20.2 innings, but also walked 16. Set to share the closer's gig with Jonny Venters to begin with but undoubtedly has the stuff to seize the role for himself. 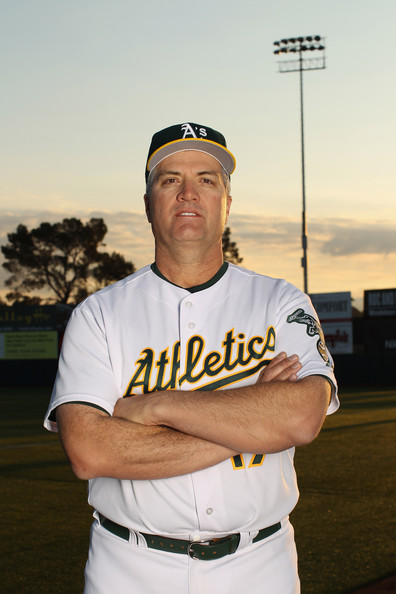 Since they last made the postseason in 2006, the A's haven't had a ton to cheer about and manager Bob Geren has been a subject of criticism on more than one occasion.

In 2011 though, everything is going to come together for Geren's club as they will hold off the Angels and Rangers to win the AL West. For his efforts, Geren will be recognized with the AL Manager of the Year award.

Buck Showalter: The forecast in Baltimore has brightened quite a bit since his hiring and he'll have a veritable case if the Orioles improve drastically enough this season.

Jim Leyland: Unsigned beyond this season, the pressure to win is on and the voters could choose to recognize him if Detroit finally supplants Minnesota. 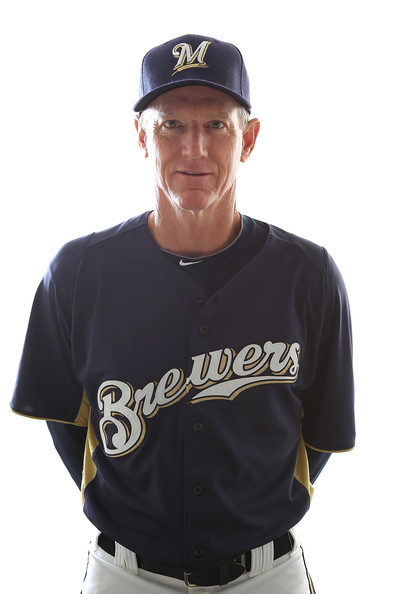 So much for a grace period. With Zack Greinke, Yovani Gallardo, and Shaun Marcum leading a revamped pitching staff and an explosive offense, Ron Roenicke and the Brewers need to win now.

Considered a longshot at first, he nailed his interview and was quickly hired to succeed Ken Macha as the Crew's skipper. Word out of Florida is that's he developed good rapport with his players, and I'm picking the first time manager to guide the Brewers past the Reds and into the postseason. His successful first season at the helm will earn him NL Manager of the Year honors.

Fredi Gonzalez: Charged with succeeding Bobby Cox, voters may have a hard time picking against Gonzalez if he oversees a seamless transition and the Braves earn a second straight playoff berth.

Don Mattingly: In basically the same situation as Gonzalez; replacing a legend and inheriting a talented team that a lot of people are overlooking. 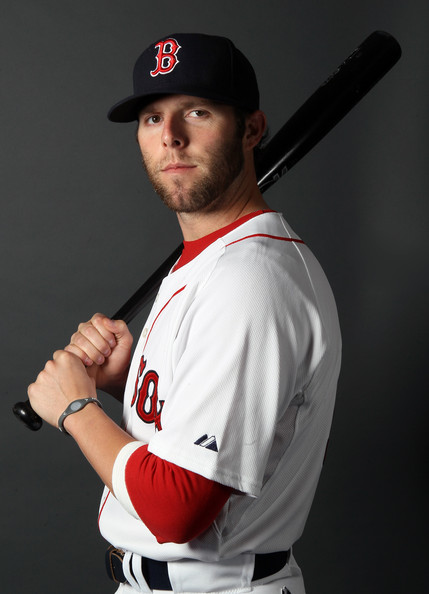 While a broken foot brought the laser show to a screeching halt last June, look for Boston's scrappy second baseman to return with a vengeance in 2011. With at least one of Jacoby Ellsbury or Carl Crawford hitting ahead of him, RBI opportunities figure to be plentiful for the 2008 AL MVP.

With Adrian Gonzalez and Kevin Youkilis hitting behind him, he should score plenty of runs himself. Merely a victim of terrible luck last season, Pedroia should play a huge role in Boston's charge towards the postseason this year.

Justin Morneau: While symptoms from last year's concussion have lingered, it appears Morneau is on track to start opening day. The Twins need him if they are to stave off Chicago and Detroit.

Brian Roberts: Flying under the radar after missing much of last year with injuries, Roberts is still a double machine and a legitimate catalyst the O's are counting on to bounce back.

Kendrys Morales: The Angels will go as far as Morales can take them. Slated to start the year on the DL, Halos fans can only hope the team can tread water until he's ready to return.

Joe Nathan: In the past decade, the only closer who's been better is Mariano Rivera. Given the mass exodus of relievers the Twins experienced this Winter, the Twins need the Nathan of old. 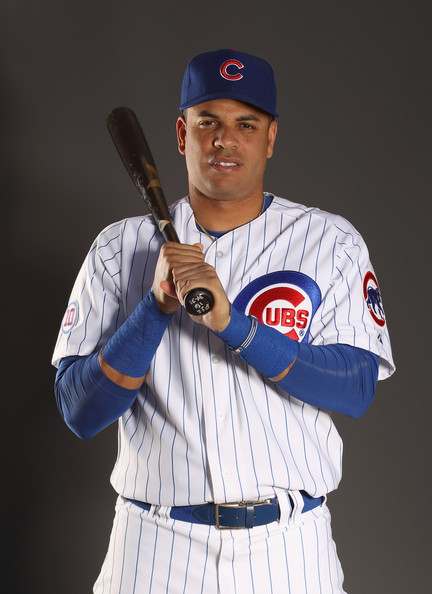 If the Cubs have any prayer of making noise in the NL Central this year, they need A-Ram to be a force in the middle of their lineup. While he's no longer an elite third baseman, I think he proved in the second half of 2010 that's he does have something left in the tank.

Jose Reyes: As exciting a player as there in baseball when healthy, which unfortunately hasn't been the case very often since 2008. If nothing else, definitely someone to keep an eye on at the trade deadline.

Carlos Zambrano: Just as Ramirez is the X-Factor in their lineup, Big Z is the guy the Cubs are counting on to help Matt Garza and Ryan Dempster anchor their rotation.

Pablo Sandoval: Couldn't have handled his demotion to the bench in the postseason any better and addressed his weight this off season. As such, the Panda could be primed for a nice comeback.

Chipper Jones: As 2011 is almost certainly his swan song, you have to believe the Braves great is thirsting for one more big year and another shot at a World Series.