New York Mets: What Have Been the Top Storylines From Eventful Spring Training? 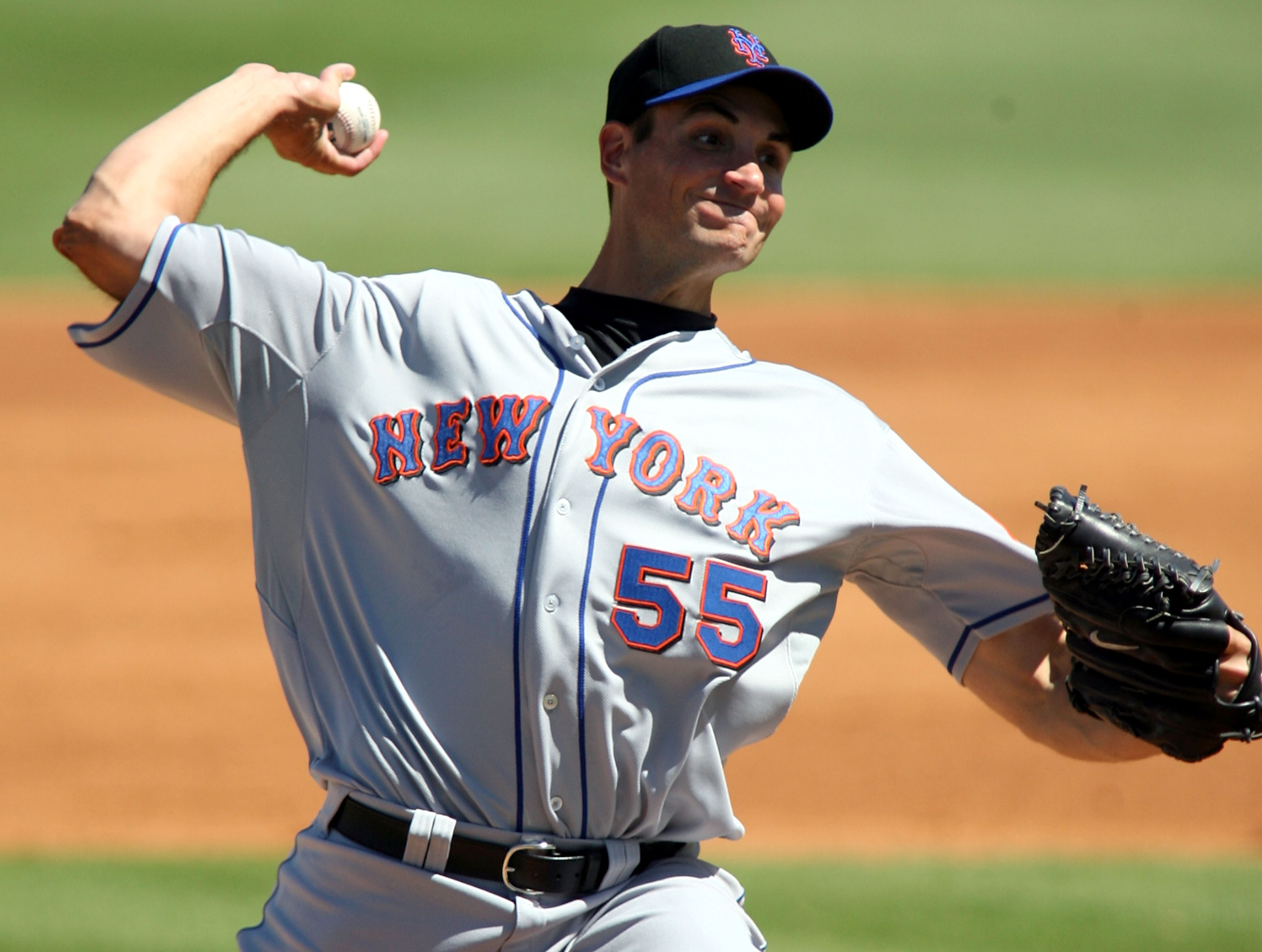 Spring training is always too long and most of the time, too boring. Especially when it's for a team that doesn't have Phillies-type expectations for their upcoming season.

The good thing is, it's coming to an end pretty soon as Opening Day is about a week away.

The Mets have had quite the eventful exhibition season so far. Under a new regime, there have been big time moves made and a lot of roster spots taken by experienced veterans.

With spring training about to end and the Mets about to set their 2011 roster, let's take a look at the top story lines from March. 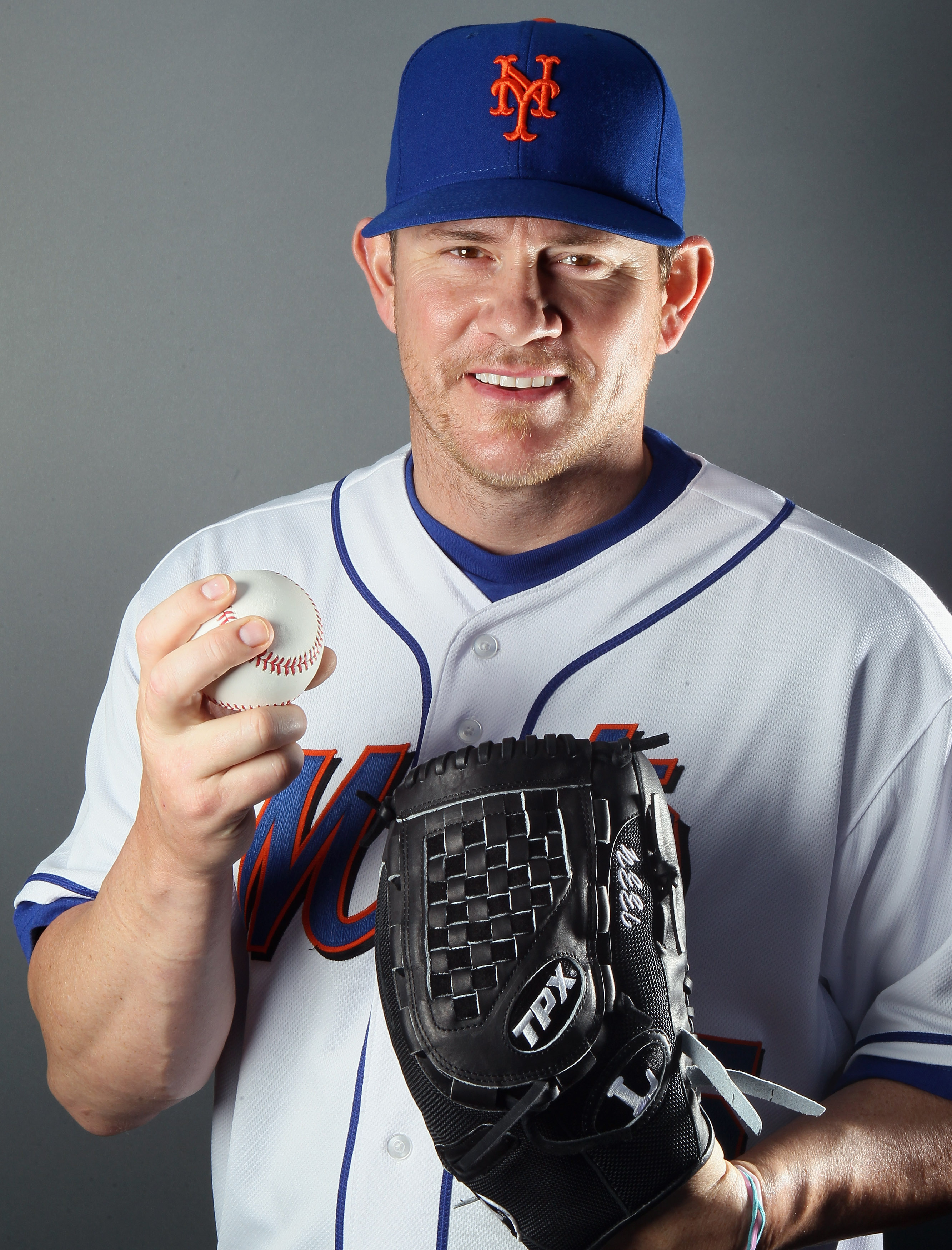 If you're a true Mets fan, you remember the debacle that was "Generation K" back in the mid-90s. One of the members of that group was a young pitcher by the name of Jason Isringhausen.

After a great rookie season in 1995 when he went 9-2 with a 2.81 ERA, he along with the other two members fizzled and were huge busts.

Now, 16 years later, Isringhausen signed on as a non-roster invitee looking to perhaps rejuvenate his big league career and finish full circle. He was a real long shot to make the team, but it appears that he's earned his way not only on the team, but in a huge role as Francisco Rodriguez's setup man.

Isringhausen has looked sharp and has surprisingly thrown with great velocity by his standards, getting up towards 92 miles per hour. In six appearances, he's only allowed two hits and has held opponents to a .105 batting average.

He suffered a minor setback when he developed right elbow inflammation, but after throwing a bullpen session, he appears to be fine and in line to head north with the team.

At the age of 38, it's not a given that he'll hold up and succeed for an entire season, but it's a nice story and one the Mets hope will work out.

The Carlos Beltran Saga Continues to Drag on 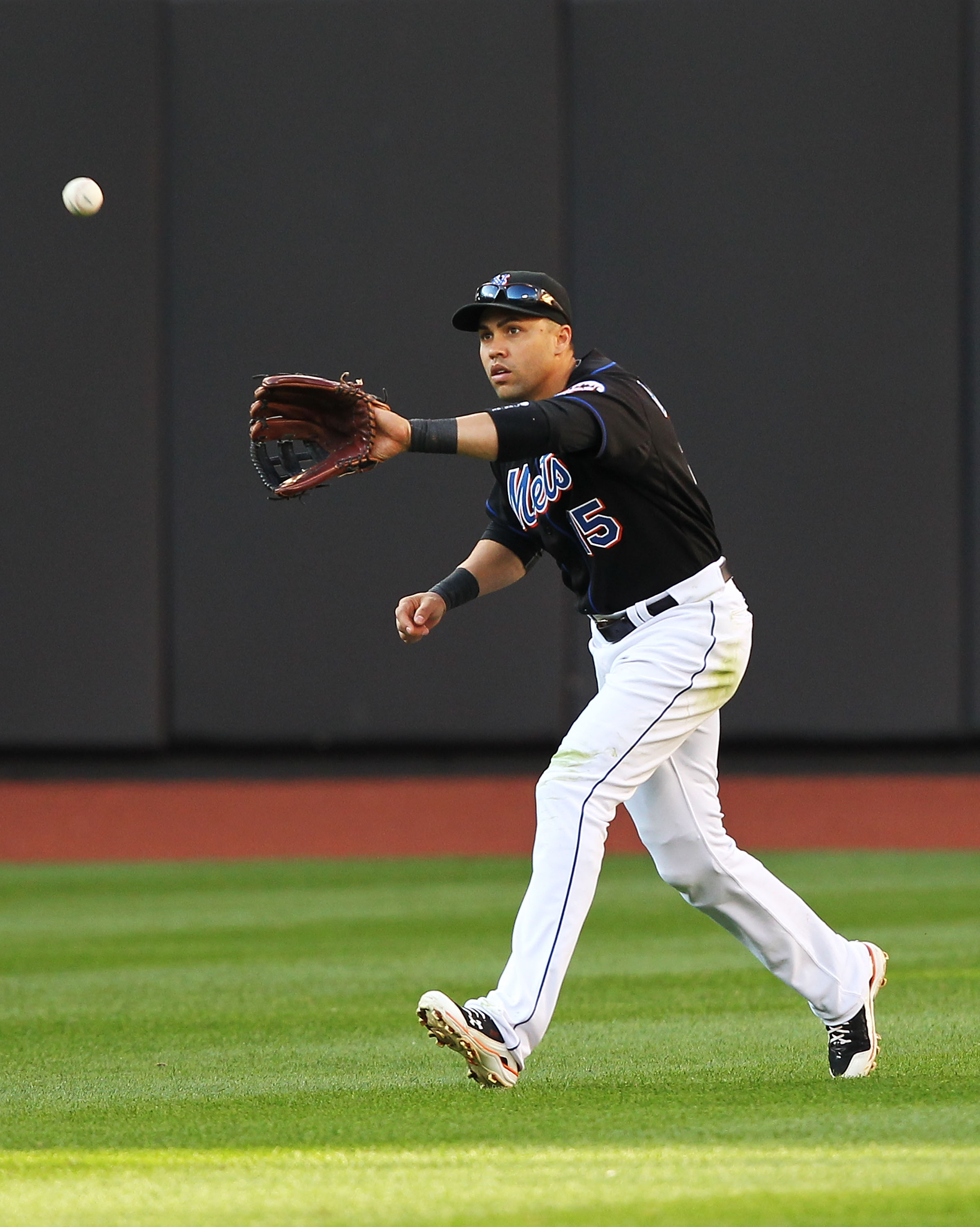 It's unfortunate that Carlos Beltran has seen his body let him down over the past couple of seasons, and this spring, he's been a never-ending negative story.

It actually all started out positive for Beltran as he was presumably healthy coming into camp. His surgically-repaired right knee was feeling fine and he didn't have any problems. He even gave in and decided to move to right field, allowing Angel Pagan to take over in center.

But right off the bat, Beltran suffered what has turned out to be a nagging setback. In a game in the early going, he hurt his left knee while scoring from second base.

He's had to sit out the entire spring training since, not playing in any games, and trying to rehab on the fly. The Mets have had to put him on a training schedule to get back into shape and have not put him in right field yet. In the game he played in, he was the designated hitter.

Now, there's speculation on whether or not he'll be ready come Opening Day which is eight days away. He could either play in unofficial spring games, that way the Mets could retroactive him after the opening road trip, or he can just start the season on the 15-day disabled list.

The Mets are still hoping he'll be in right field against the Marlins on April 1, but even if he is, this will probably be a distraction all season long. 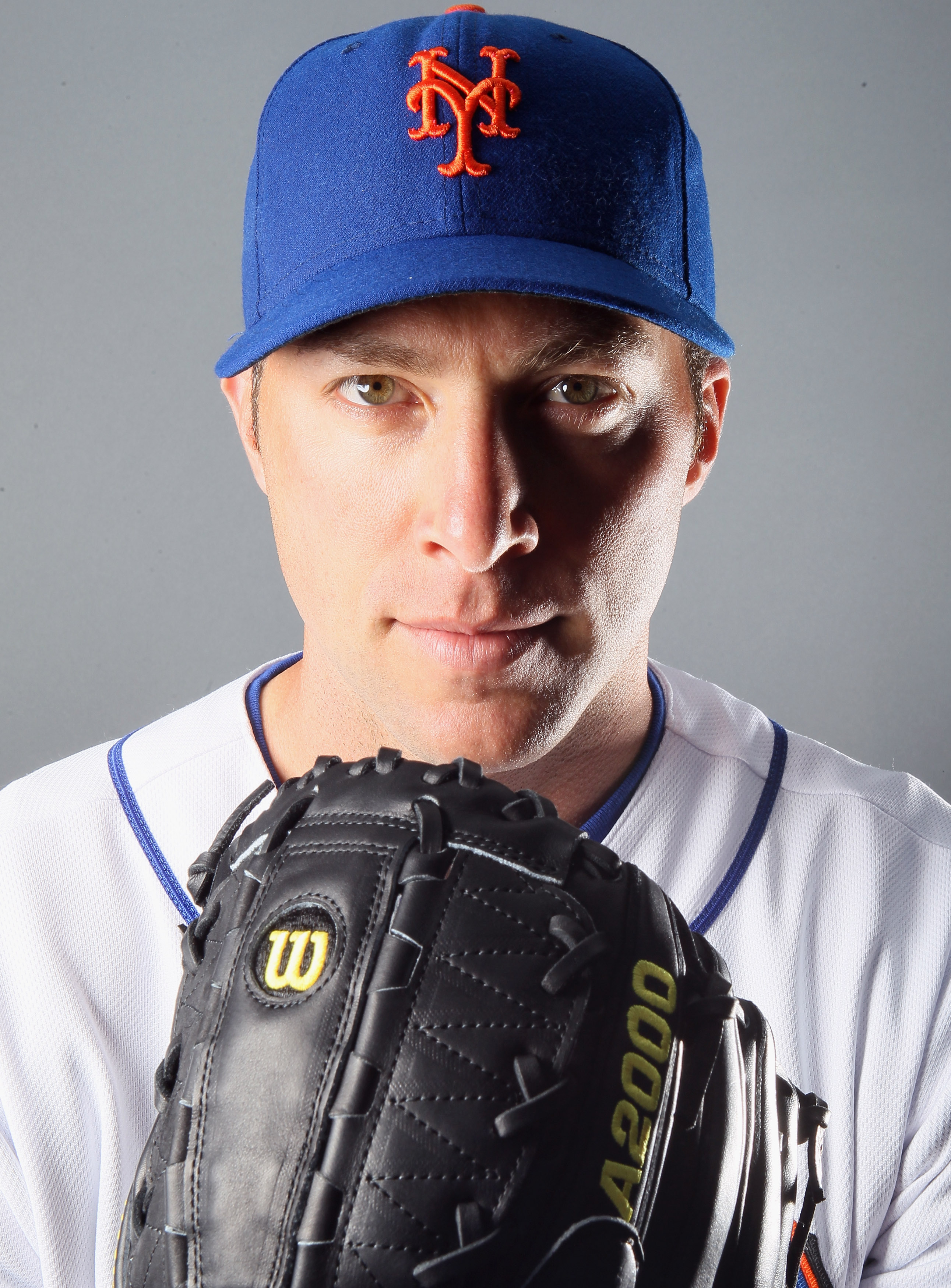 People all over the place have given the Mets virtually no shot at accomplishing anything this season. That may be fair considering a lot of the missing pieces the Mets have—or had.

The Mets may have filled a couple of huge holes in their starting rotation as both starters they signed have had fabulous spring trainings.

Two veterans, Chris Young and Chris Capuano, were signed for this exact reason. Trying to make strong comebacks after injury-plagued seasons to give the Mets a shot at the back end of the rotation.

The front end wasn't too terrible with Mike Pelfrey, Jon Niese, and R.A. Dickey slotted in. It was the fourth and fifth spots that looked like trouble, especially with Johan Santana not pitching until after the All-Star break, but suddenly it's anything but trouble.

Chris Young has looked vintage, pitching to a 1.33 ERA in five starts. Chris Capuano, who hasn't been penciled in just yet but will be, has an ERA of 1.69.

If these two starters who have proven they can be effective in their careers can pitch well this season, the Mets will be in the hunt for a Wild Card spot. They have enough offense and the rotation would be solid.

It would've been nice to see one of these guys perform well, but seeing both coming through is a great sign.

A Half-Dozen Guys Compete for Second Base Job, so Who Won It? 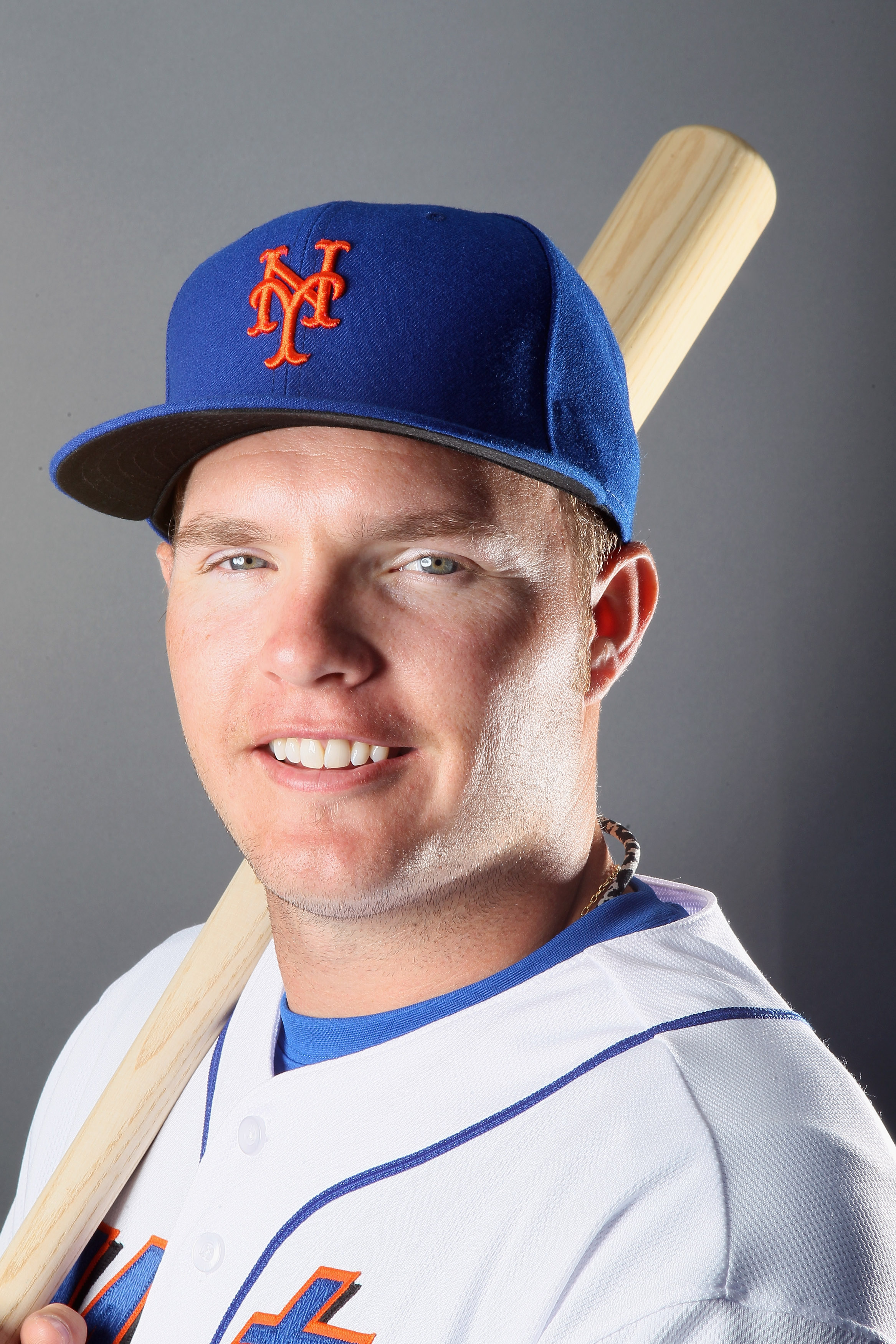 We may not know for sure who will win the second base job, but we have a strong idea. A bunch of guys have competed for this position on the team, the biggest position battle the Mets have had in years.

The thing is, no one really impressed so it'll be given to the "winner by default" so to speak. That guy is Brad Emaus.

No one ever heard of him before this spring training, but he's a 25-year-old, Rule 5 pick from the Blue Jays. If he doesn't make the team, the Mets would have to send him back to Toronto and they don't want to do that. They really like the potential bat he has although he's gone 8-for-37 (.216) this spring.

All of the other competitors had their own reasons for not getting the job. Luis Castillo was a disaster from the start, Ruben Tejada will be groomed to be the Mets next shortstop in Triple-A, Daniel Murphy simply can't field the position, and Luis Hernandez can't really hit.

It's not as if Emaus has shown he can hit, but the Mets don't want to lose him and the job has to go to one of the five. Emaus is lucky he's a Rule 5 pick, because the Mets would've probably went with Ruben Tejada.

Now the question will become, how long does his starting job last? Will he be out the door by May 1, or will he finish the season as the Mets' current and future second baseman?

That'll be up to Emaus to perform and the good thing is, he'll have a week on the road to begin his big league career.

The End of an Error: Mets Finally Cut Ties with Castillo and Perez 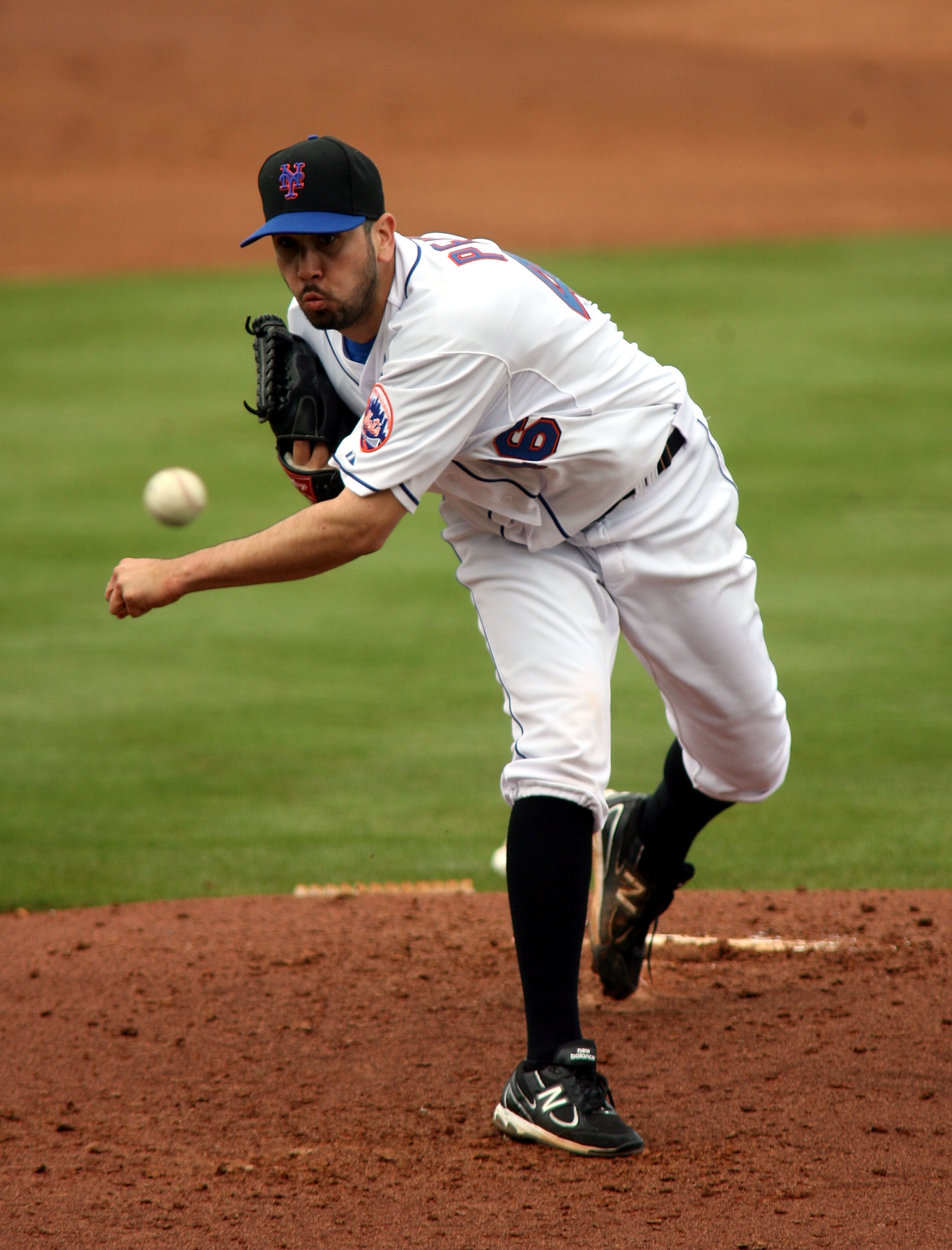 If this isn't the top story line from spring training, then what is? Finally, after years of aggravation, the Mets parted ways with both Luis Castillo and Oliver Perez.

It's actually shocking that either of the two are gone, let alone both. The Mets decided to eat a combined $18 million and swallow their pride along with showing up Omar Minaya all rolled into one.

These original signings weren't Sandy Alderson's. At the same time, he's not the owner and may have been stuck with these two clowns. Fortunately, the Wilpons didn't hesitate releasing them and the Mets can finally move on.

Luis Castillo didn't make a great impression from the second he walked through the door in Port St. Lucie. He had a sour attitude and didn't like the fact he actually had to compete for the second base job.

Being that he was a veteran with plenty of experience, he felt he would be handed the starting job without having to prove anything. That didn't go over well with Alderson or new manager Terry Collins and led to his release.

Oliver Perez, meanwhile, had to have seen this day coming for a while now. The major loss in velocity over the past season or two and lack of spotting the strike zone made him a poor major league pitcher.

The Mets tried to see if he could be a valuable lefty specialist in the bullpen, but that wasn't going to work. All that was delaying the Mets dismissal of him was the decision to eat $12 million. They were wise and did so.

The weird thing is seeing both players getting signed to minor league contracts not even a week later by division rivals trying to tweak the Mets. Castillo was signed by the Phillies, and Perez was signed by the Nationals.

But one thing is for sure, neither of them are problems for the Mets anymore.