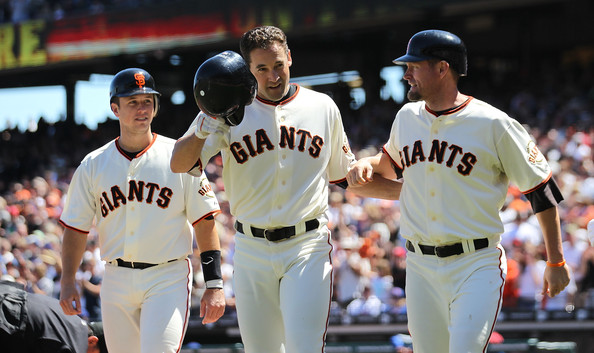 Aubrey Huff and Pat Burrell—after the 2010 season, we feel like we know these guys.

We saw them hit. We watched them orchestrate a dramatic transformation of the Giants clubhouse with their veteran leadership. We know their sense of humor, and we rattle off tales of their college days together with autobiographical familiarity, as if we had tagged along for the shenanigans too.

By God, we even learned their underwear preferences over the course of the 2010 season.

But the players who were so instrumental to the Giants’ championship campaign are largely unknown quantities coming into the 2011 season. With the short-term memory of post-championship fans, we forget that Burrell and Huff weren’t always the same players we saw hoisting the World Series trophy last year.

We don’t really know them as well as we think we do.

Critics are quick to point out that 2010 was a statistical deviation from the recent downward trajectory of Huff and Burrell’s careers.

Huff was jobless until the Giants picked him up off the couch in January. He had just finished a season in which he hit a meager .189 following a trade to Detroit. Burrell had been designated for assignment after hitting only .218 with the Rays when the Giants took a chance on him.

Then in San Francisco, both players spectacularly outplayed their 2010 contracts in a veritable career renaissance.

Will the 2011 season justify critics’ claims that Huff and Burrell’s 2010 numbers aren’t representative of the players they actually are? Or have the Giants found a way to harness their true talent in a way that can be showcased in the coming year as well?

The answer to this question will play a large role in the whether the Giants succeed in 2011. The veteran performances of Huff and Burrell will be crucial in the coming season, and here’s why. 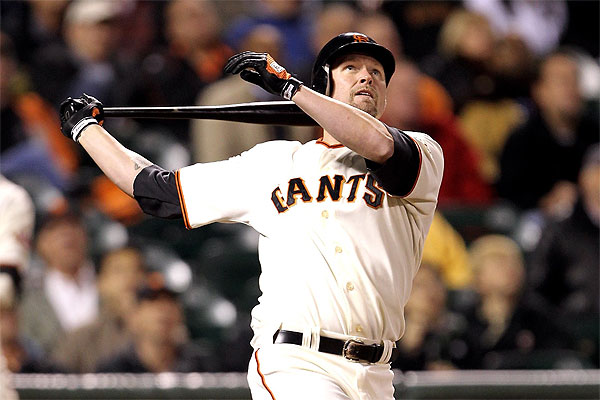 It’s not that they’re irreplaceable in their respective positions. Brandon Belt is patiently waiting in the wings should Huff falter as the Giant’s starting first baseman, and fans don’t need any reminder of the glut of left-fielders eager to replace Burrell.

Their power in the middle of the order, however, is indispensible.

Huff and Burrell were the team leaders in on-base plus slugging percentage, hitting .891 and .872 respectively.

The two combined to hit almost a third of the Giants’ total home runs last year. Had Burrell joined the lineup earlier than June, the two would have accounted for an even greater percentage of team home runs.

I recently ran the numbers on the relationship between the two veterans’ power hitting and the Giants’ overall success. The Giants held a whopping .783 winning percentage in games where either Huff or Burrell or both homered.

In short, when Huff and Burrell were hitting for power, the Giants were winning.

You’ll recall that towards the latter half of last season, the Giants didn’t play small ball to win games. They often relied on the long ball from their heavy hitters. With base-stealers Darren Ford and Gary Brown unlikely to make the roster, the 2011 Giants will also depend on their ability to take opposing pitchers deep.

The Giants are hoping their big men come through in this area again. 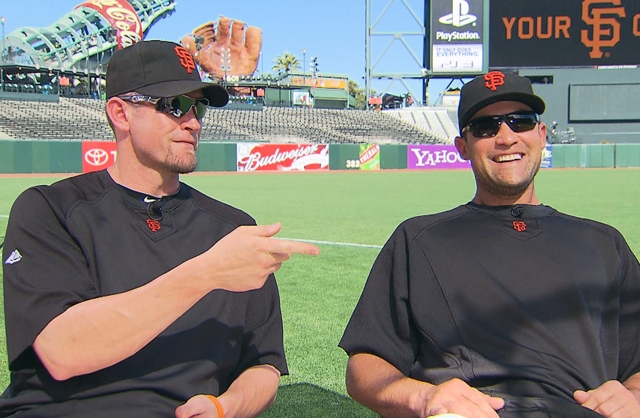 It’s no secret that Huff and Burrell were the heart and soul of the clubhouse last year. From the chest punches to the constant ribbing of the rookies, the veterans were a tangible presence behind the scenes.

For years, Barry Bonds was the veteran leader whose locker room presence, according to Tim Lincecum, made rookies feel like they were in a cage. No surprise then, that the Giants began thriving in a post-Bonds era where dark clouds and steroid controversy in the clubhouse were replaced with card games and rally thongs.

So why do Huff and Burrell need productive seasons to ensure that the care-free spirit continues to flourish?

Their veteran presence was effective because Huff and Burrell were leaders on the field as well. It’s a tremendous advantage when the guys setting a healthy tone in the locker room are also the guys who nightly crush baseballs out of the yard.

It comes down to an intersection of respect on and off the field that does most to create a positive clubhouse vibe. The Barry Bonds example illustrates that an effective leader can’t have one while neglecting the other.

If Huff and Burrell continue to make the lineup and to perform at a high level, then their voices will remain the loudest in the clubhouse. If that’s the case, look for the Giants’ collective attitude to take them on another wild ride to the playoffs. 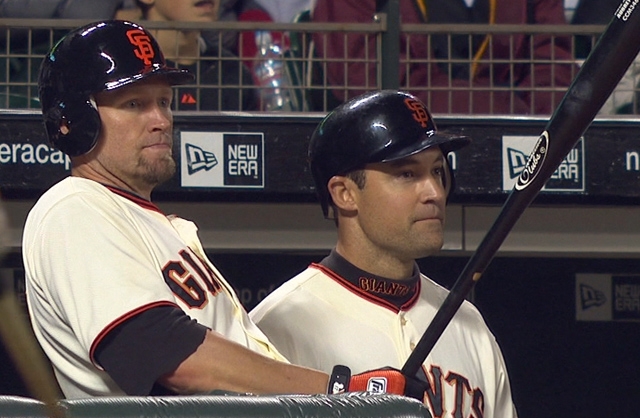 As I previously noted, for many people, Huff and Burrell are question marks with respect to the upcoming season. Will they perform like the 2009 or 2010 versions of themselves?

Their performance is vital to for forecasting San Francisco’s 2011 success because they are the least predictable elements from last year’s squad.

Sure, every component of the game will be essential. The sum of the parts led to last year’s triumph. Without any one of those elements, a championship was unlikely.

But Giants fans have the luxury of taking pitching for granted. Even if the Giants lose a starting pitcher to injury, they’ll still arguably have a top five rotation.

Though Buster Posey has been in the league less than a year, fans believe they can count on the consistent leadership he demonstrated as catcher and cleanup hitter. It would take an unlikely and spectacular fall for Posey to lose his value to the club.

A resurgent Pablo Sandoval would be an incredible asset to this year’s squad, but 2010 proves that the team can win without a stellar year from the Panda.

The key, then, will be the performances of the veterans Huff and Burrell. The Giants certainly have the talent to win without career numbers from them, but they are the team’s quickest ticket back to the playoffs. If Huff and Burrell find the magic of last year, expect big things from the 2011 Giants.