2011 MLB Preview: 10 Young Pitchers Who Could Be Better Off in the Bullpen 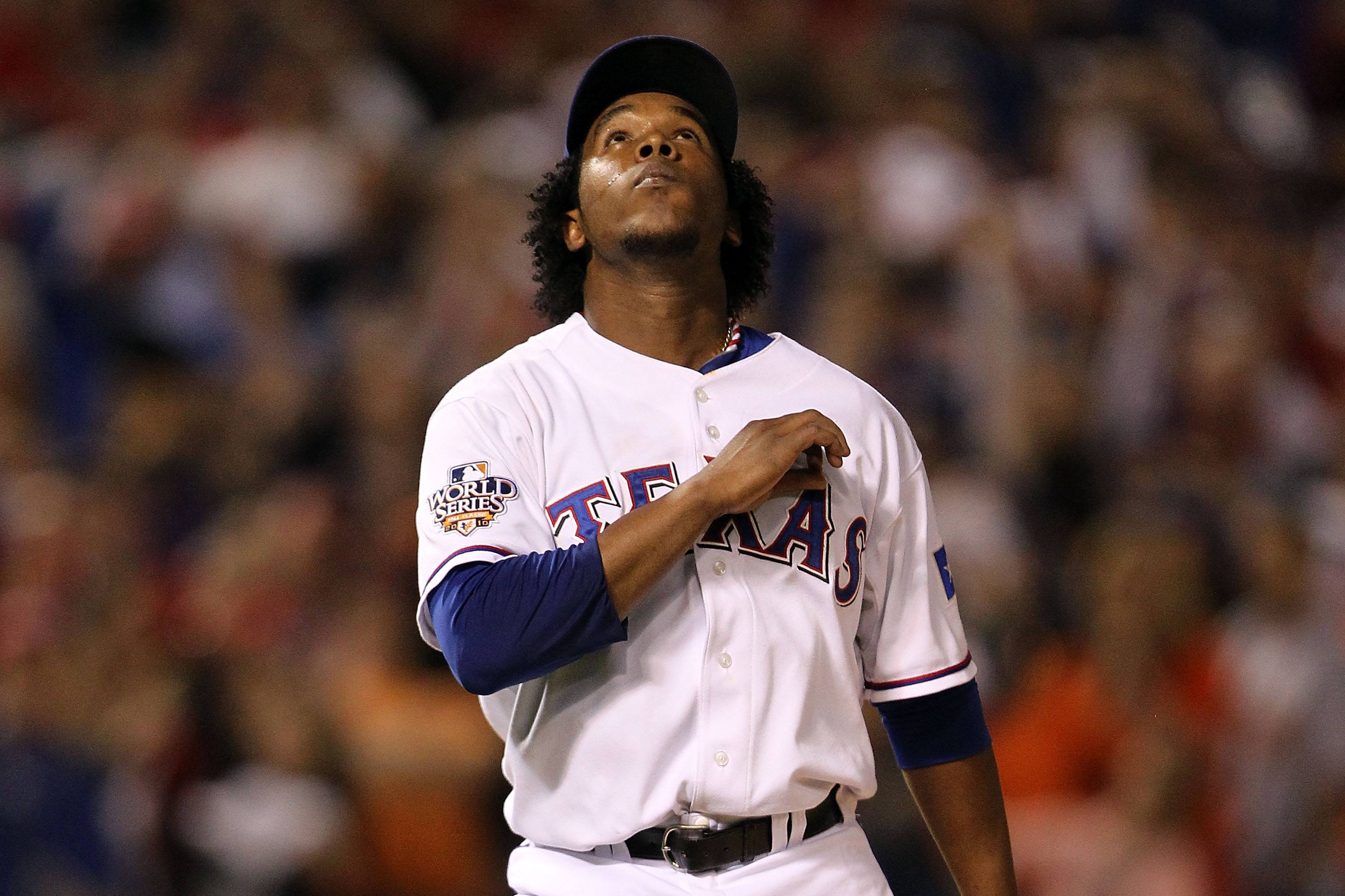 Ah, spring training—a time for managers to see what they've got to work with; for players to show their employers that they deserve chances to play in the Big Show and for teams do some experimenting in games that don't count.

Some of the most interesting situations involve clubs trying to convert relief pitchers into starters. Sometimes it works, like with C.J. Wilson last year. Sometimes it doesn't, like with Kyle Farnsworth.

In this slideshow are 10 young arms who have been at least rumored to be in the hunt for rotation spots this year, but might be better off spending the season in the bullpen. 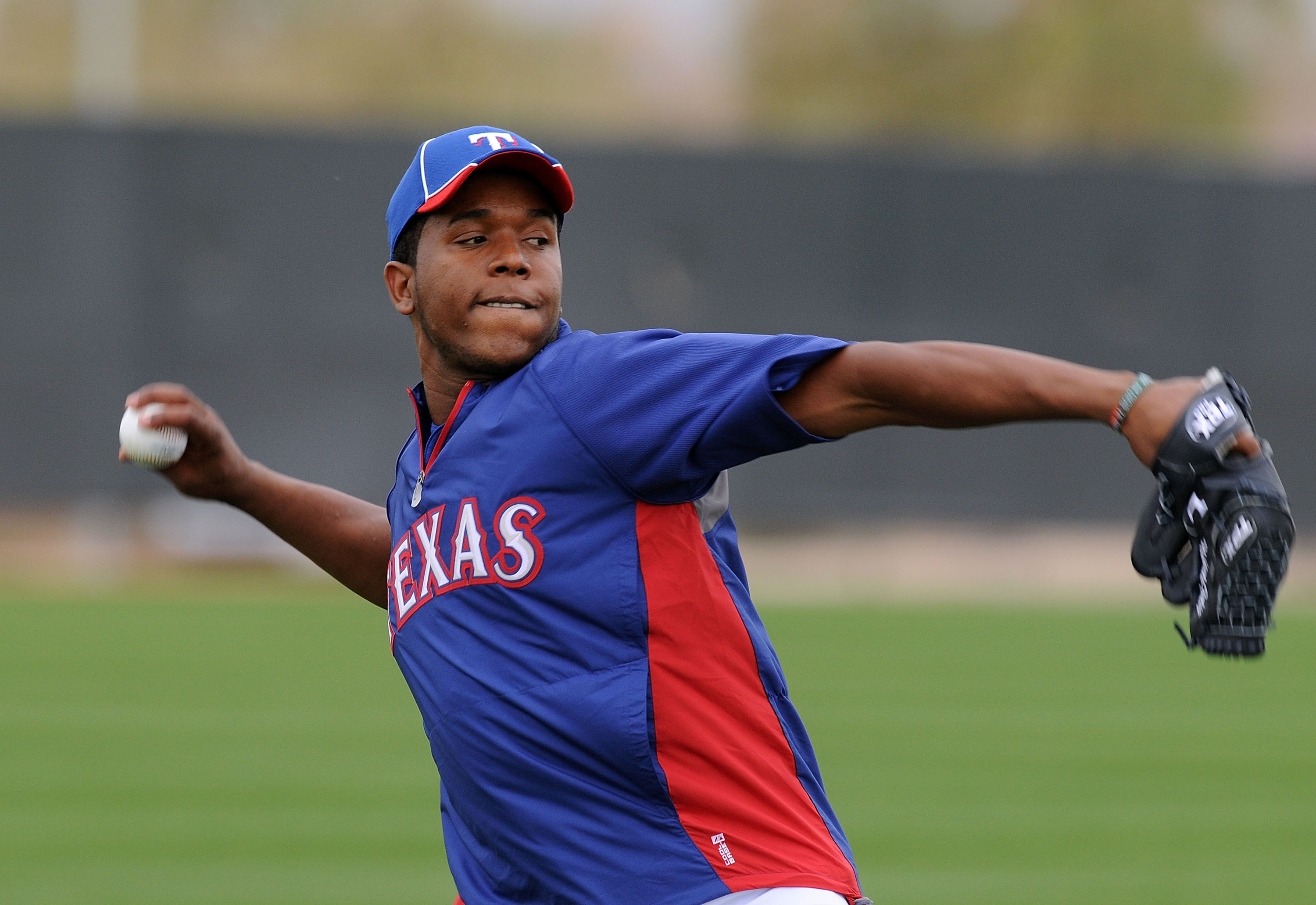 The most high-profile reliever to be talked up as a potential starter this spring is 2010 AL Rookie of the Year Neftali Feliz.

Feliz, 22, complements his triple-digit heat with breaking pitches good enough for him to succeed as a starter, but his velocity wouldn't hold up in the rotation, and the huge jump in workload that he would face as a starter.

In all likelihood, Feliz would be a great starting pitcher. But with several other solid candidates for Texas' open rotation spots and no clear replacement for the ninth inning, why mess with success? 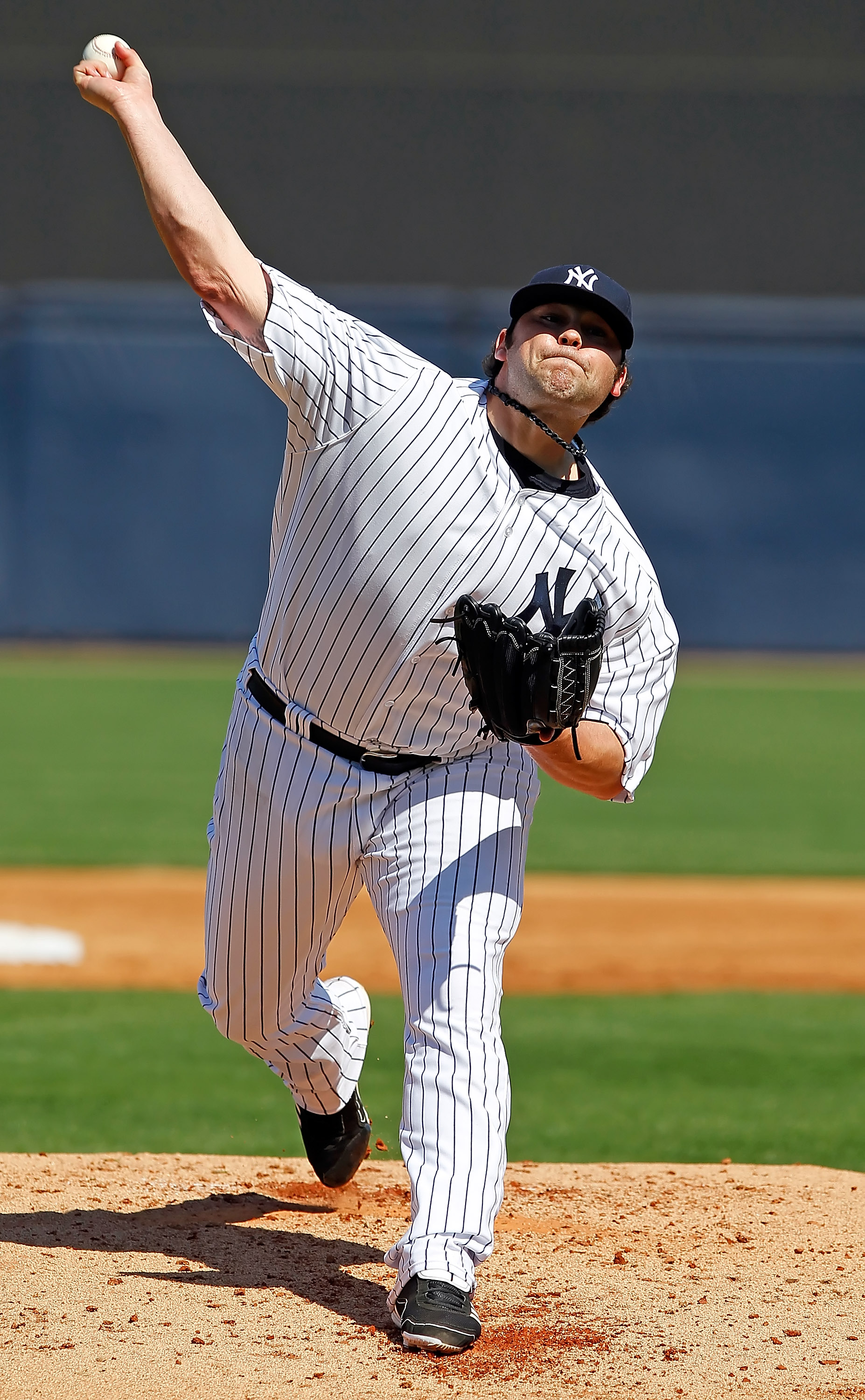 Now considered a bust prospect to the Yankees, Joba Chamberlain was once hailed as New York's ace of the future.

It's easier to pitch out of the bullpen, but Chamberlain's extreme splits suggest that he simply isn't cut out for the rotation.

Chapman's control leaves something to be desired, but he struck out nearly 13 batters per nine innings with a 2.09 ERA, 1.35 FIP and an insane 1.19 tERA—the best predictor of future ERA for relievers.

In other words, while he'd likely need some seasoning in the minors to transition to the rotation, he's well established as a relief ace. With the Reds looking to contend in 2011, will they really want their best young arm in the minors? 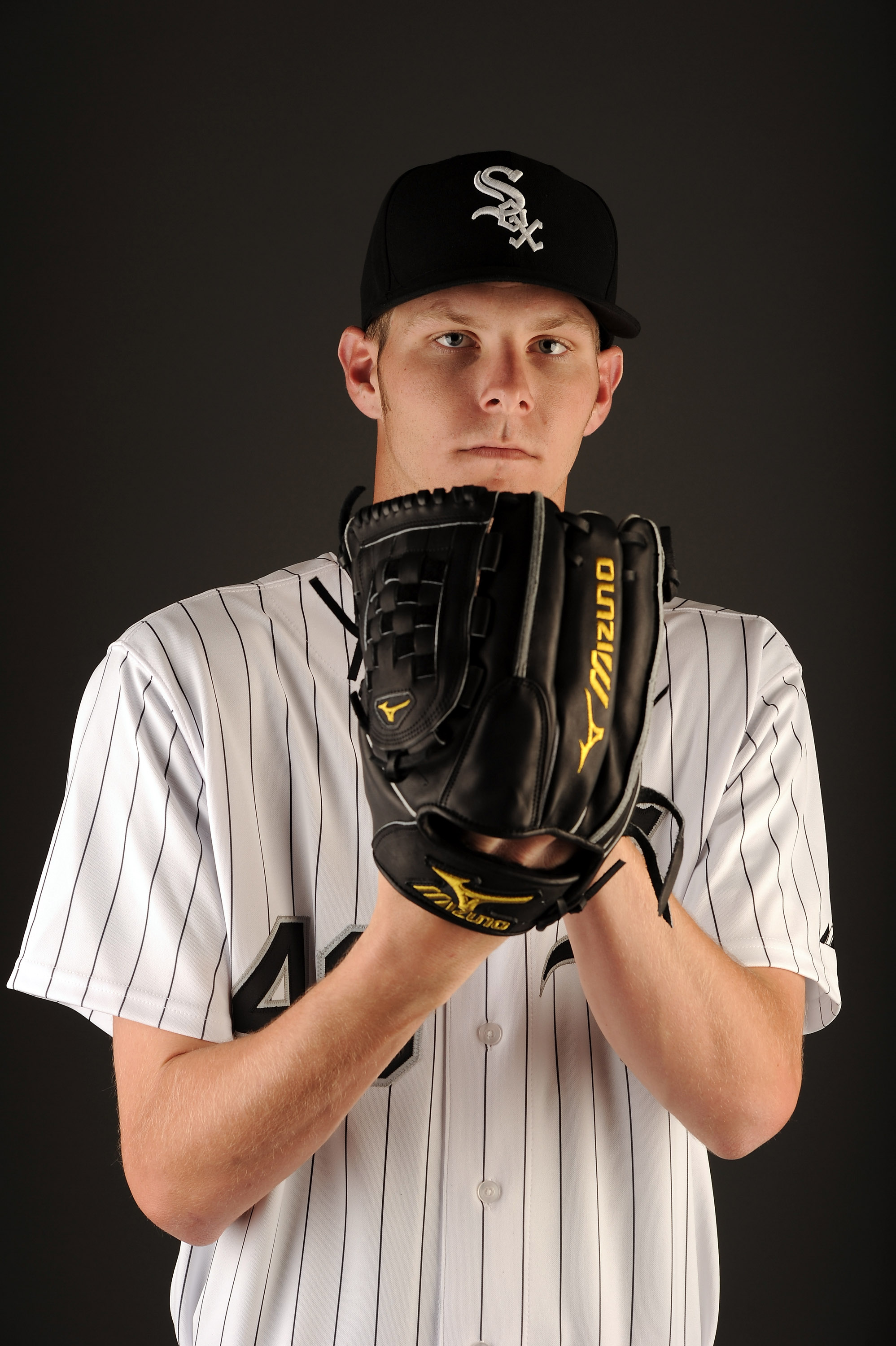 Chris Sale, 21, was the first member of the 2010 amateur draft class to reach the majors. It's no mystery why.

In 21 games out of the bullpen for the White Sox last year, Sale notched four saves and posted a 1.93 ERA. He was an absolute strikeout machine, whiffing batters 12.3 K/9 rate.

With three plus pitches, he could excel as a starter, but there's concern over Sale's ability to hold up over a full season in the rotation. 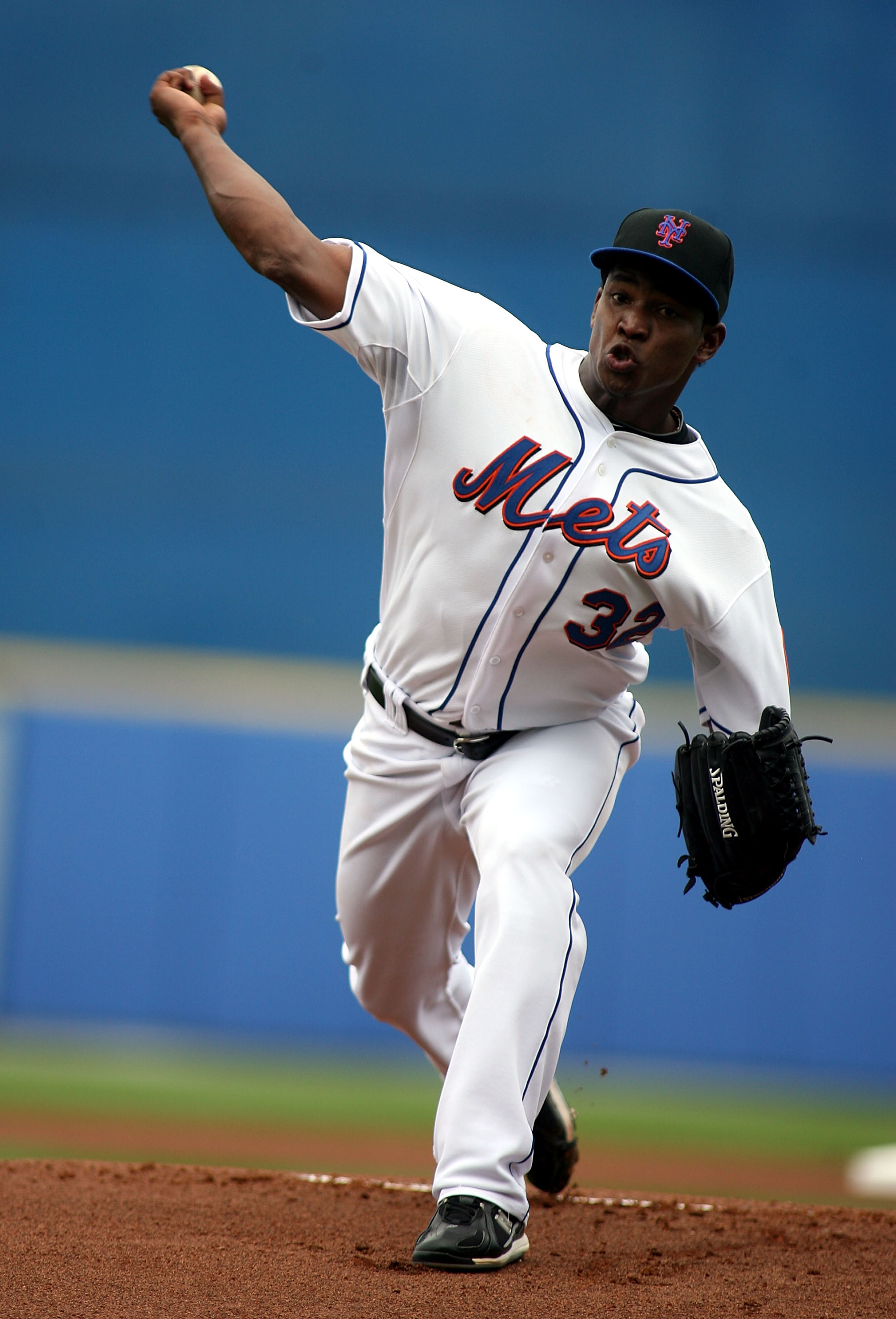 When Mejia got called up to the big-league team in 2010, it was primarily as a reliever; of his 33 appearances, only three were starts.

Problems arise when young pitchers face workload increases as dramatic as Mejia's would be if he were moved to the rotation. And considering he threw his fastball 76.3 percent of the time last year, one has to wonder if his repertoire is good enough to be a successful starter. 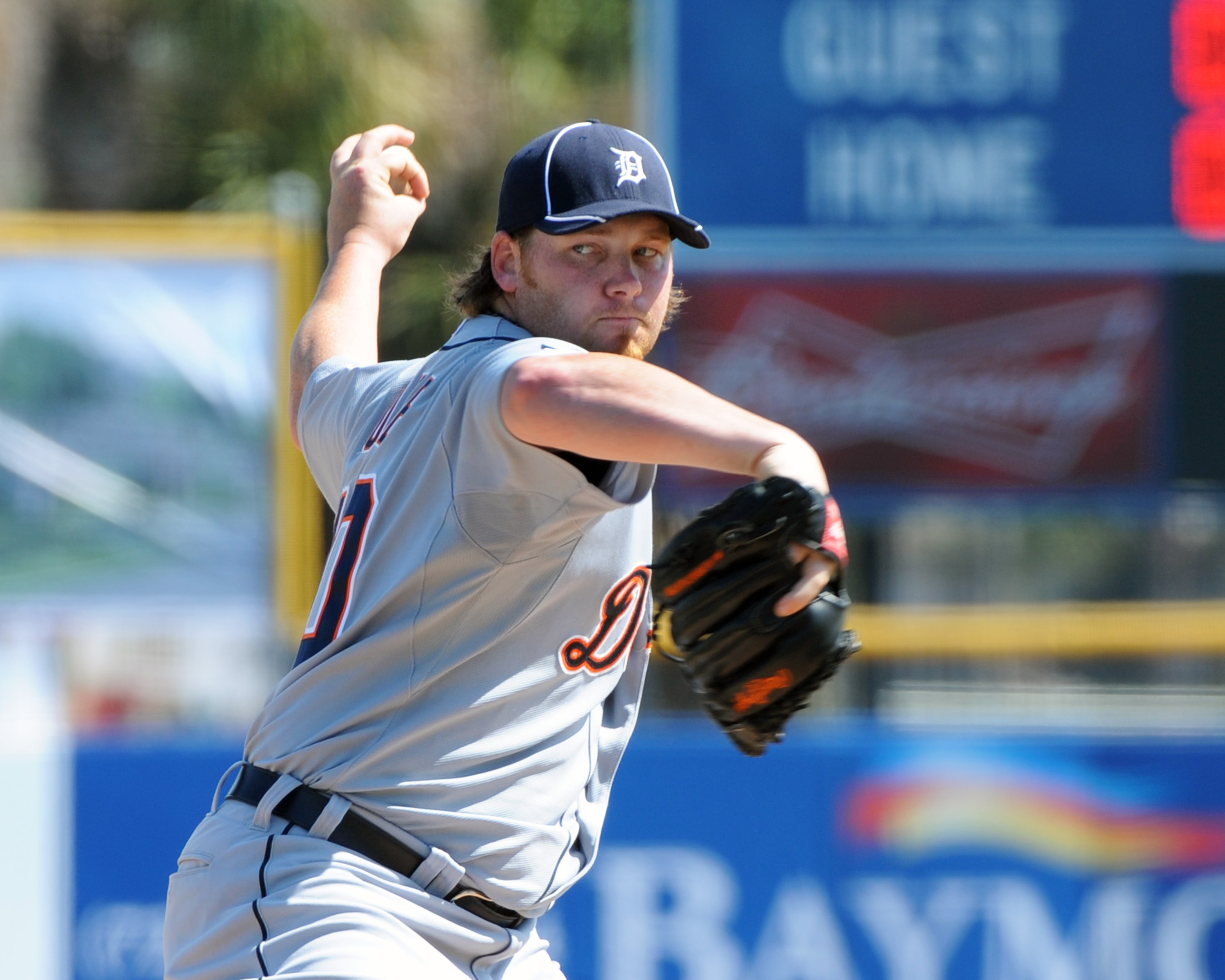 In a move that has pretty much flew under the radar this spring, the Tigers are converting left-handed reliever Phil Coke, 28, into a starter. Will it work?

The problem is Coke's inability to handle right-handed hitters. Last year, he posted a 5.42 xFIP against righties—and that was out of the bullpen.

Coke's lone career MLB start came on the last day of the season last year, when he gave up two runs on five hits in 1.2 innings. The Tigers would be wise to learn from their first mistake. 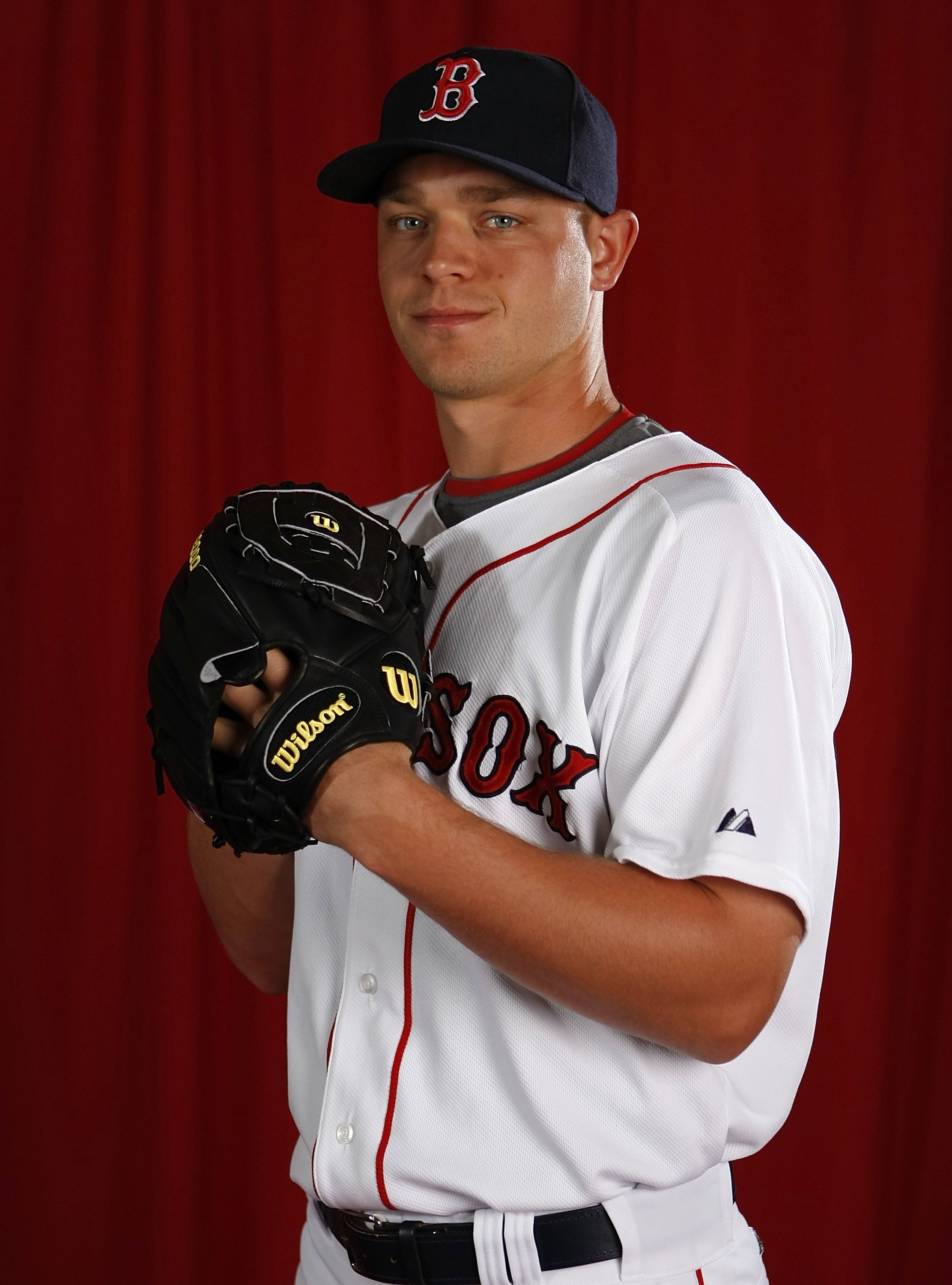 Swingman Michael Bowden has been dipping his feet in the water for three years now, but he finally seemed to have found his groove with the Red Sox in 2010. 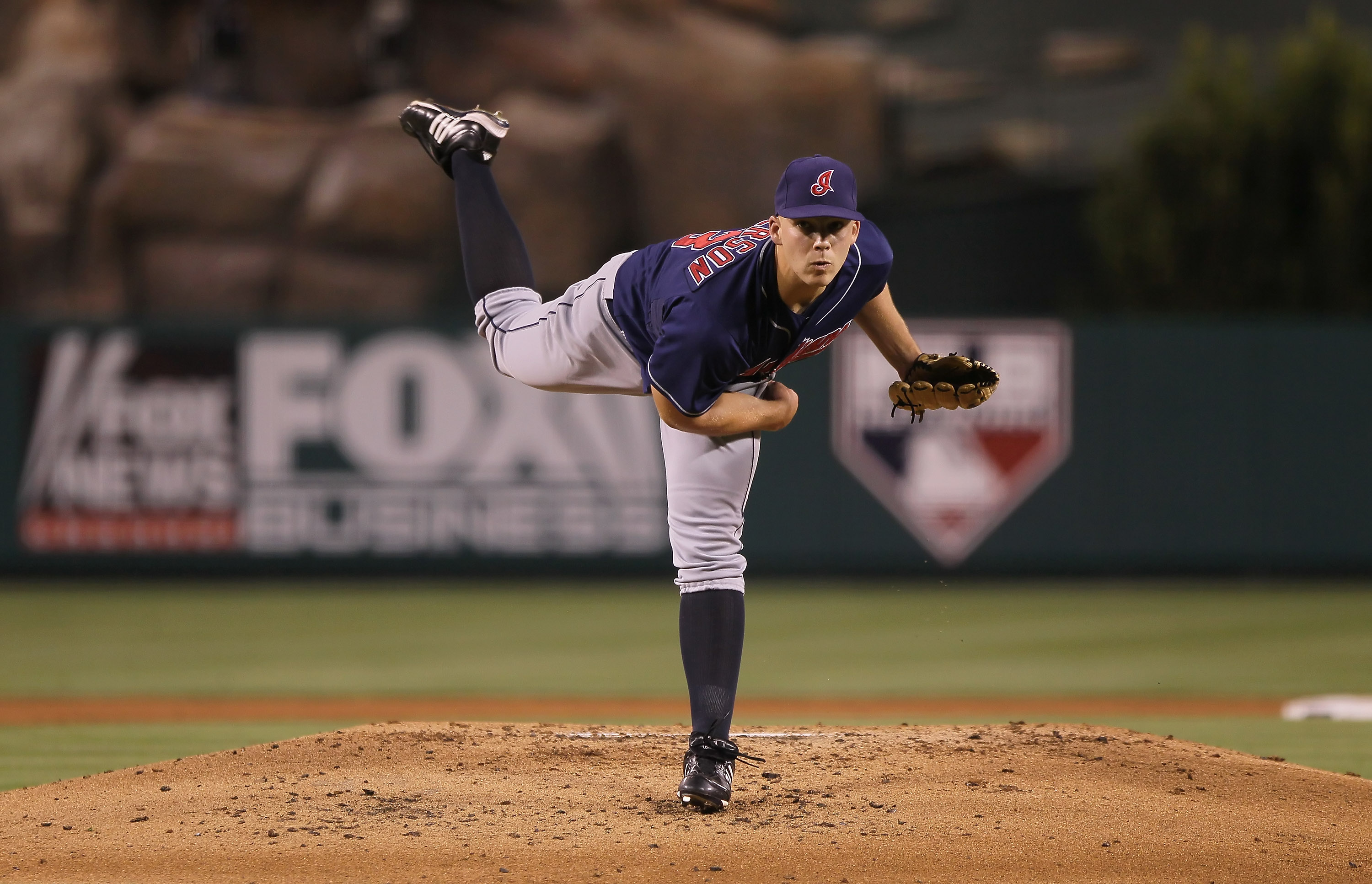 I'm a huge Justin Masterson fan, and I think it's too soon to join the chorus of Clevelanders who want to see him moved back to the bullpen.

Still, it's a reasonable thing to consider.

Masterson's problem (besides bad luck—witness his .324 BABIP and 66.6-percent strand rate last year) is an inability to deal with left-handed hitters. He dominated righties in 2010 to the tune of a 2.96 FIP, but against southpaw hitters his FIP rose to 4.76.

If he can't learn to handle lefties, he might be better off as a late-innings reliever in the long run. 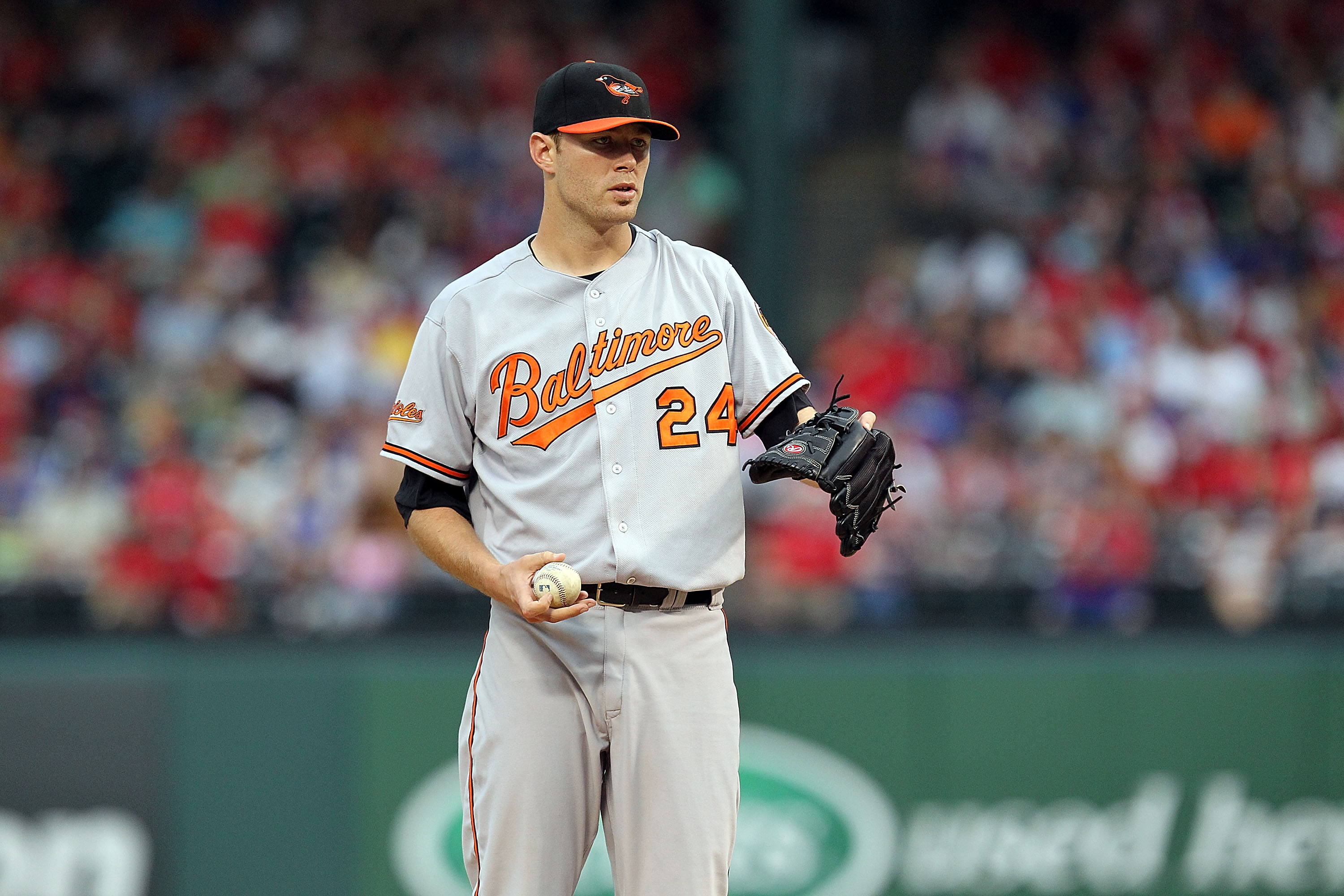 This is pure speculation on my part, as Chris Tillman hasn't pitched out of the bullpen since Rookie ball in 2006. But could a change of roles be what he needs?

A move to the bullpen—if only for a year or two—could give him a chance to rediscover his talent. 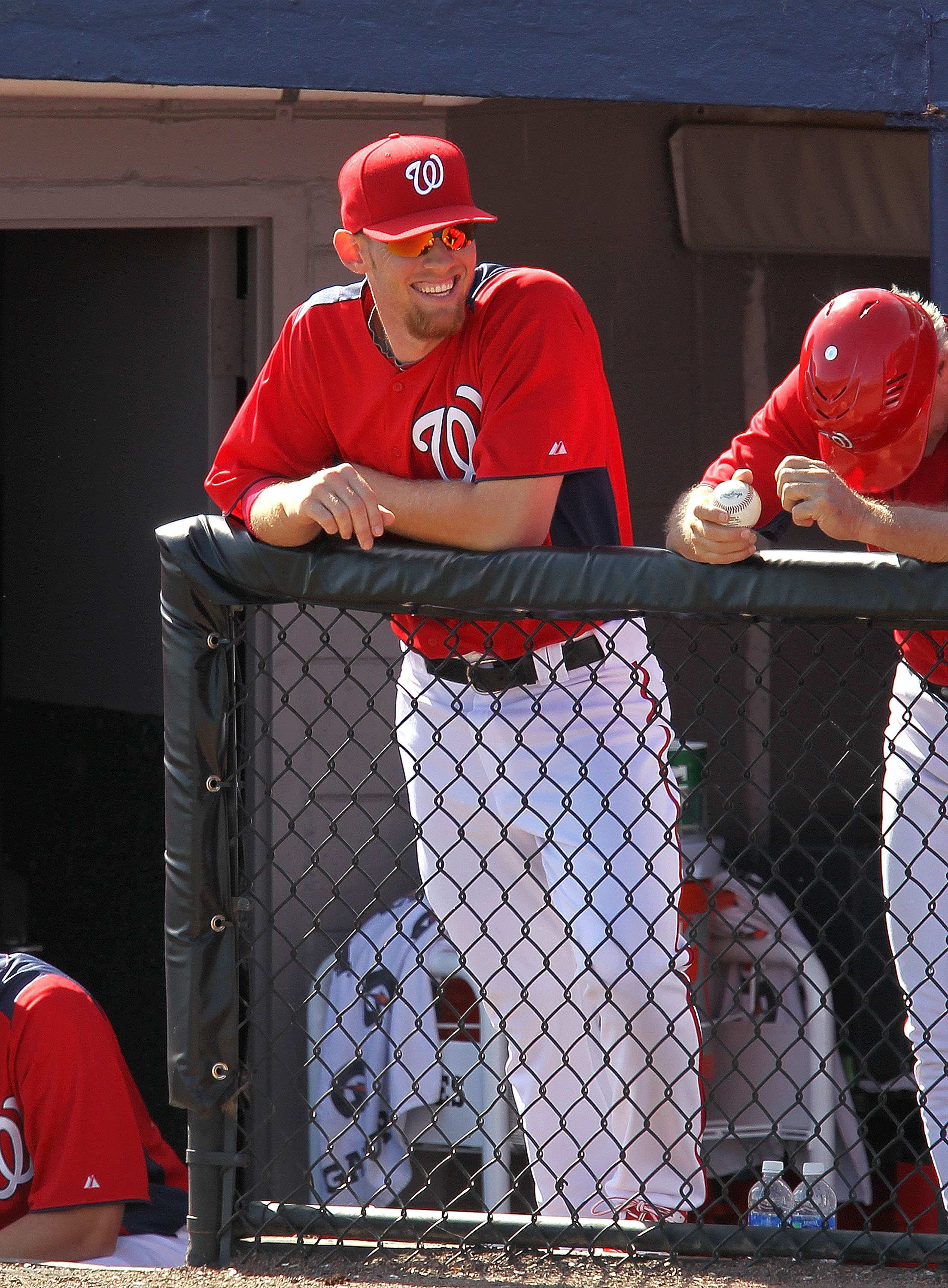 I know this sounds crazy—it probably is—but hear me out.

There's a good chance Stephen Strasburg will miss the whole 2011 season as he recovers from Tommy John surgery, and the Nationals certainly won't rush him back.

But if September rolls around and the young prodigy is ready for action, it would make sense to wean him back into action and see if the surgery has impaired his mechanics in short, low-pressure outings.

I'm certainly not advocating a permanent move to the bullpen for the most exciting pitcher in the game, but in the short term it might not be a bad idea.