NHL Playoffs: What Each Postseason Team Needs to Fix to Be a Serious Contender 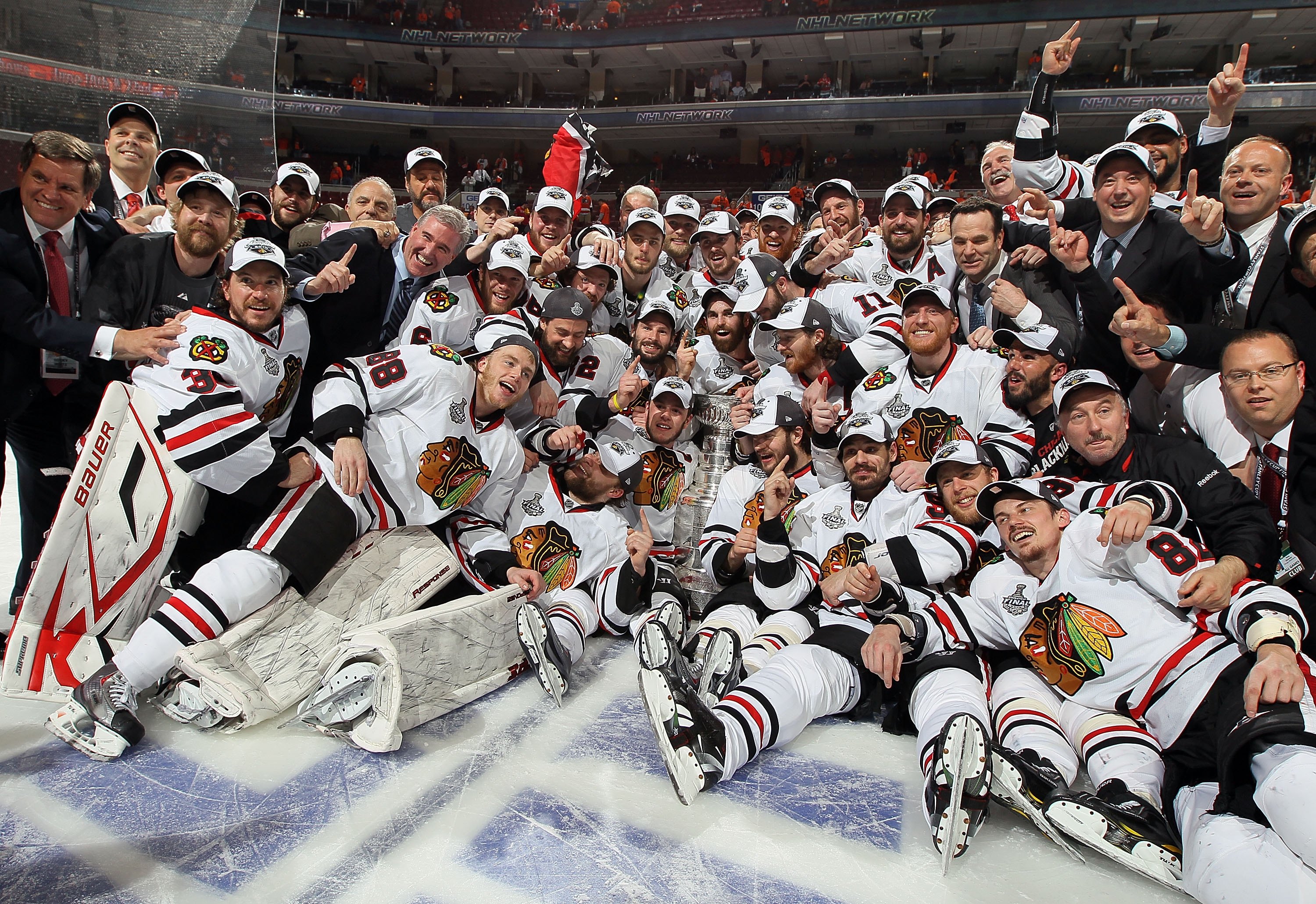 We have officially entered the stretch run of the 2010-2011 NHL regular season. This is the time for teams that are already in contention to tweak what they have to their needs, and for teams on the outside to do whatever they can to get in.

Improvements must be made in order for all teams to go on viable runs for the Stanley Cup.

This slideshow will examine the needs of 10 teams in each the Eastern and Western Conference.

Although it is quite difficult to predict which teams battling for a playoff position will qualify, I tried to make a fair assessment to the best of my abilities.

My apology to fans of the Toronto Maple Leafs, Minnesota Wild and Atlanta Thrashers. 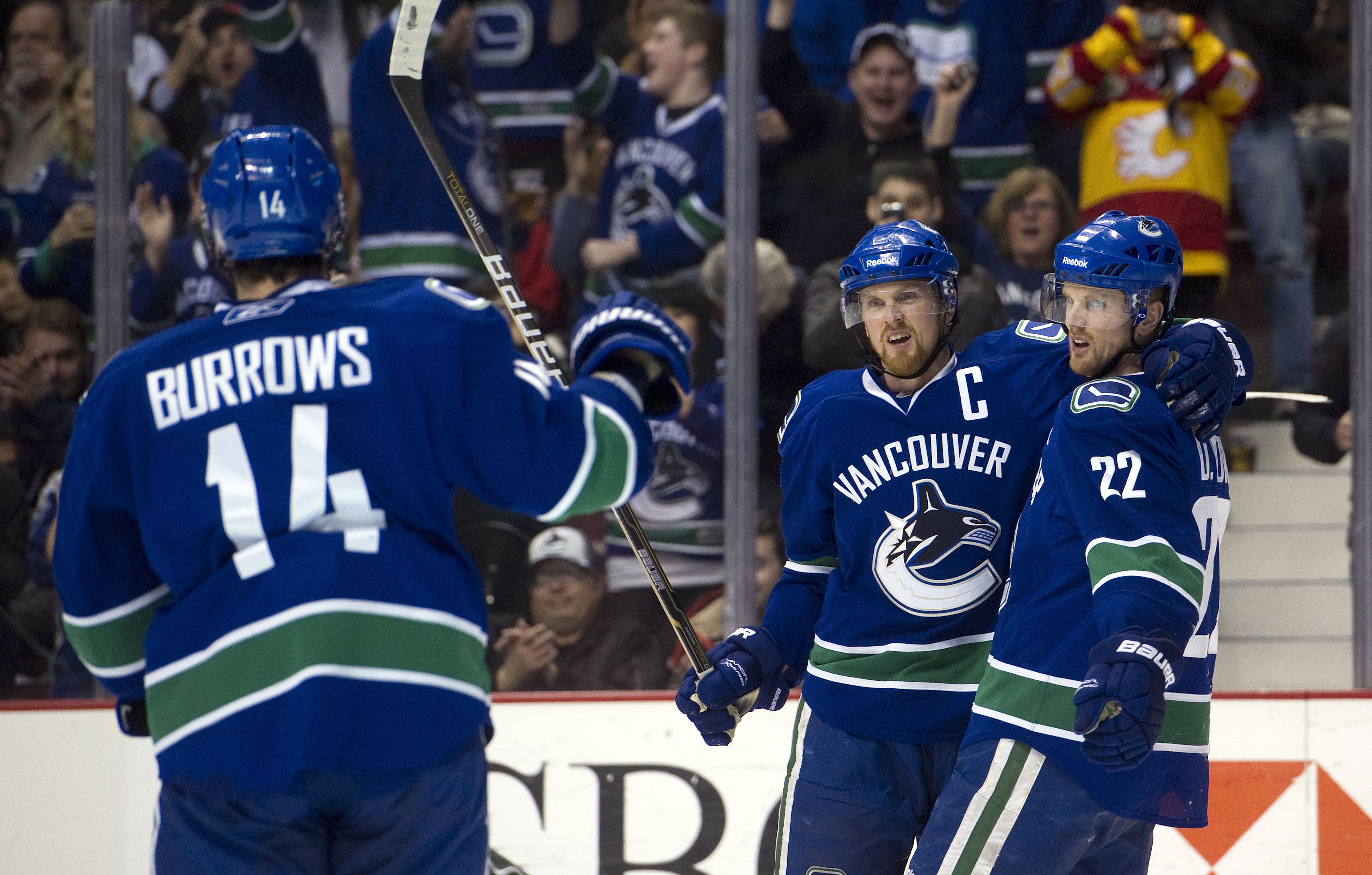 The Canucks’ Daniel Sedin is the NHL’s top scorer (89 points) while his brother Henrik leads the league in assists with 67.

That’s about all they have when it comes to top-line scoring. That could prove to be problematic.

Mikael Samuelson has been very inconsistent and Alex Burrows has been a shadow of the player he was last season since being shelved by shoulder surgery.

The team cannot rely on only three forwards to score goals. 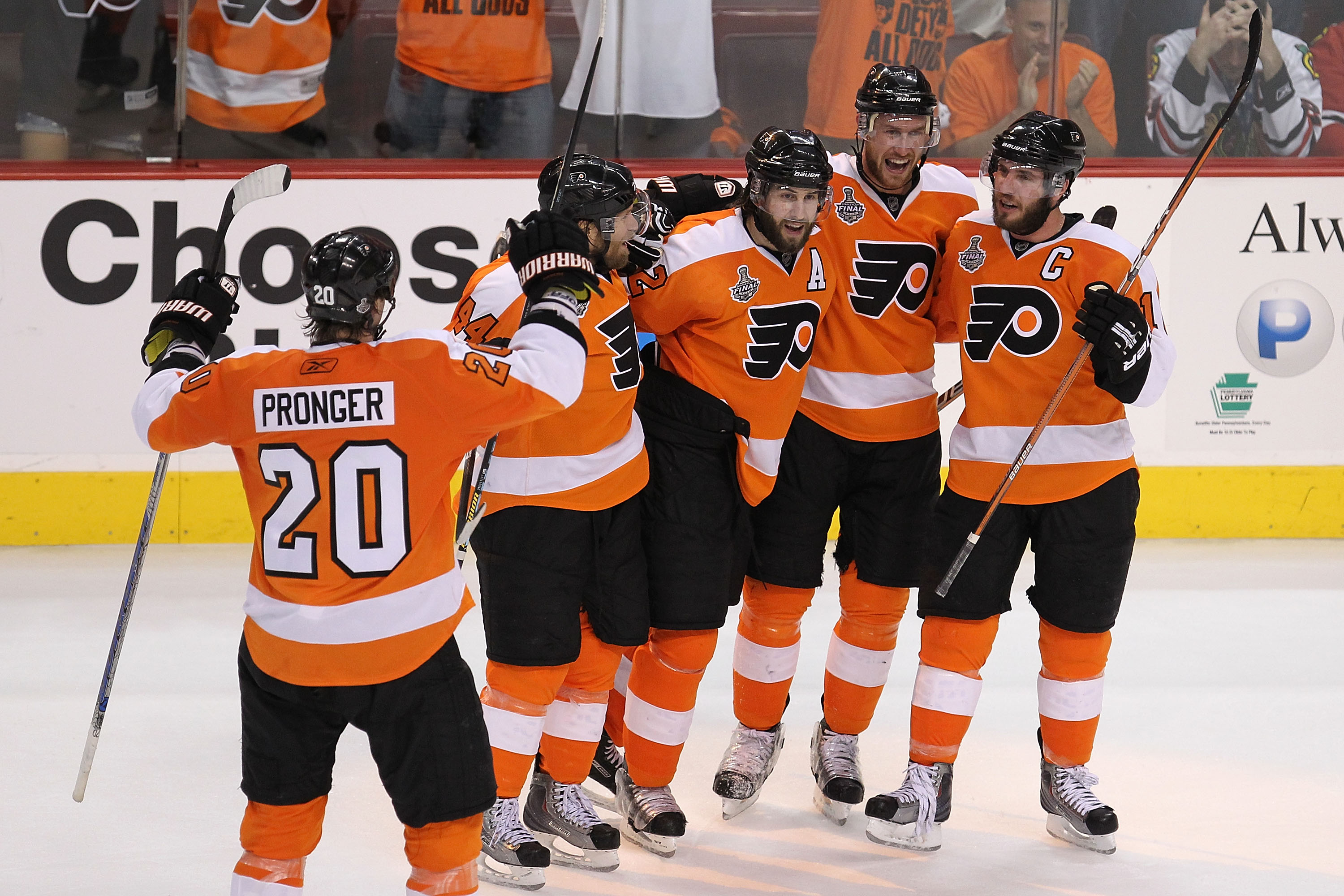 The Flyers lineup is probably the deepest in the NHL. They have four lines that can score and, in my opinion, the best defensive corps in the league.

Goaltending has been a problem in the past. Sergei Bobrovsky has emerged as a talented young rookie; He and backup Brian Boucher, for the most part, seem to be getting the job done.

Sometimes, though, the team looks to be derailed. After a bad game, they can’t seem to get back on track.

If they work on getting focused for the playoffs, I like their chances at reaching the Stanley Cup Finals. 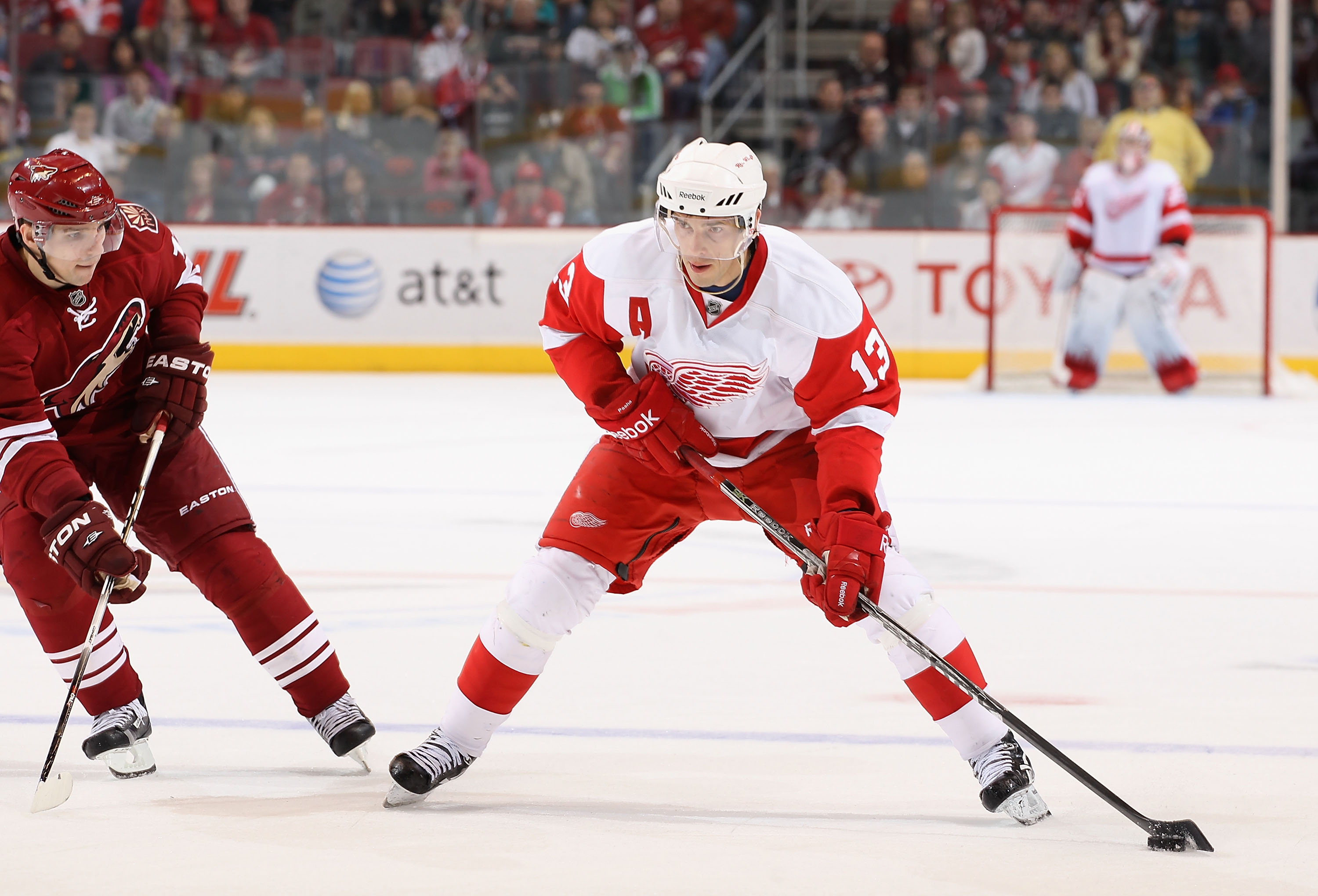 The Detroit Red Wings penalty kill is ranked 14th in the NHL at 82.7 percent—not a terrible stat, but not one of an elite Stanley Cup contender.

With Pavel Datsyuk—a perennial Selke candidate—back in the lineup after recovering from a broken finger, the Wings PK should consistently improve, as it needs to for a successful playoff run.

The sleeping giant has seemingly awoken in the District of Columbia.

It’s as if, in mid-February, Alex Ovechkin just realized that he was one of the best players in the National Hockey League and decided to show all of his peers in the league what they may or may not have forgotten.

Still though, the Caps have the 22nd-ranked power play in the NHL.

If Ovechkin doesn’t maintain his current level of play and the Caps’ PP doesn’t improve, they don’t have much of a shot at going deep. 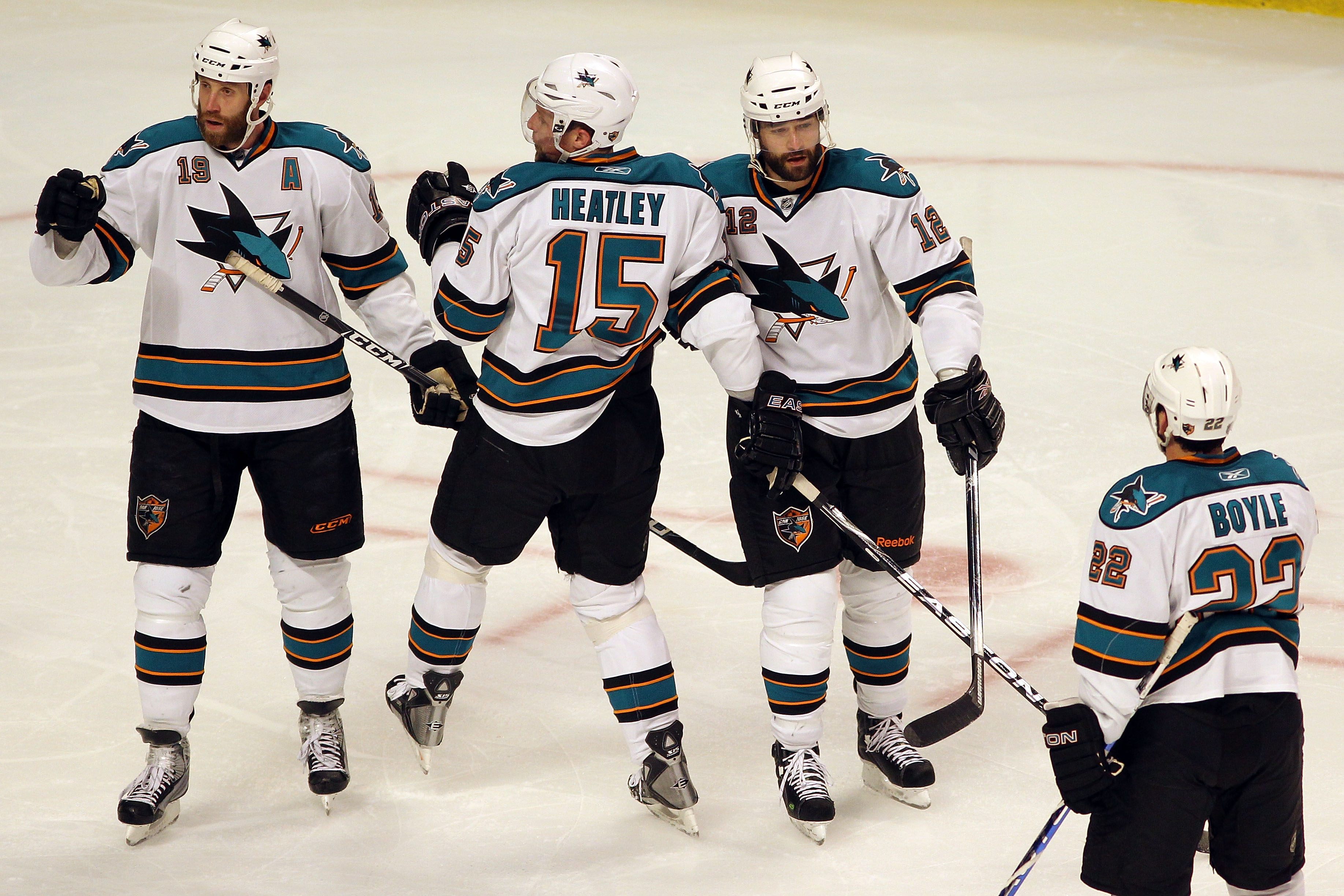 Antti Niemi has arguably been the best goalie in the NHL since the All-Star break and the Sharks have climbed the standings in the Western Conference because of it.

The Big Three—Joe Thornton, Patrick Marleau, and Dany Heatley—have had sub-par seasons to say the least.

If they don’t step up their games in the playoffs (hopefully Jumbo Joe’s jinx is over), don’t expect Niemi to carry the load. 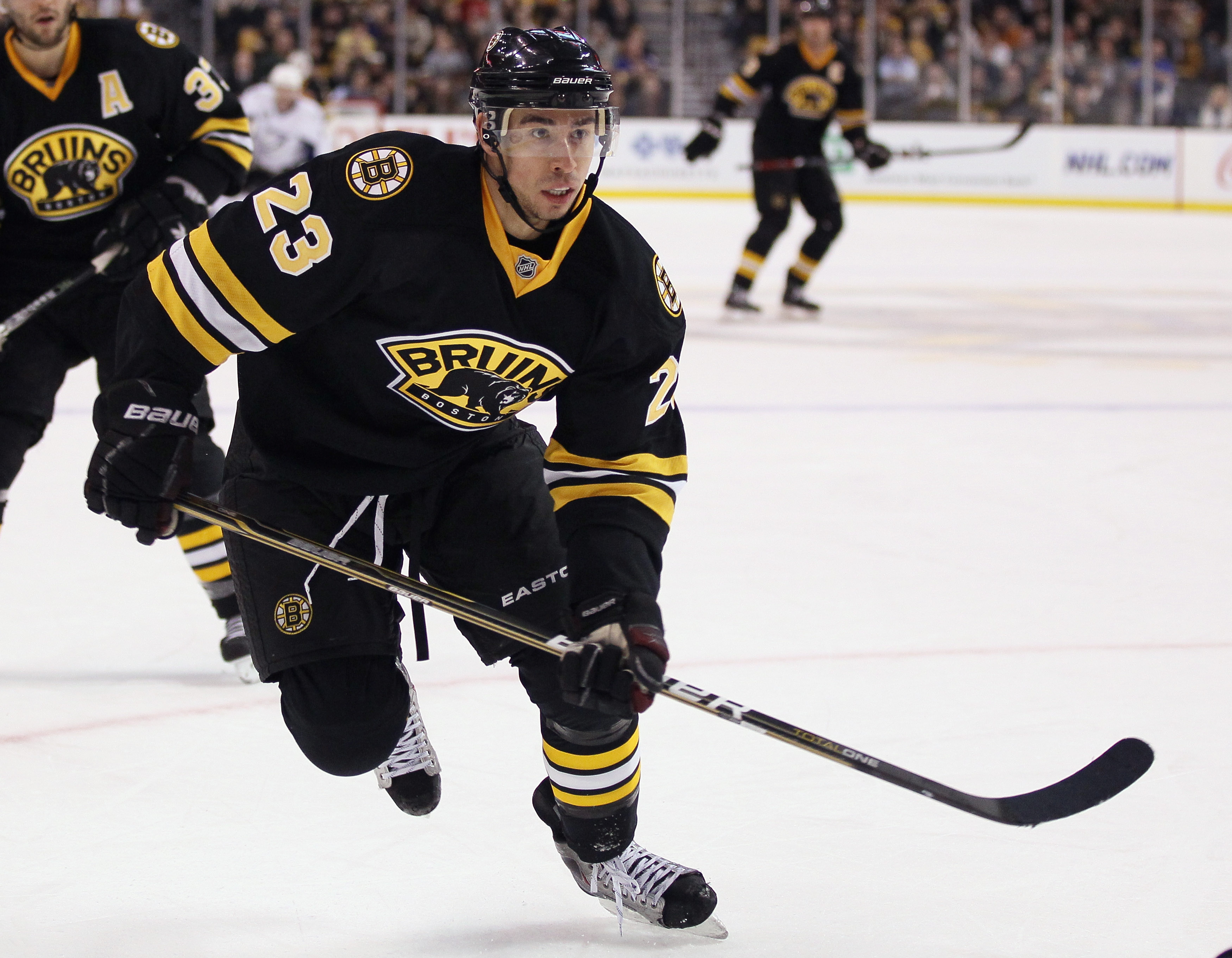 The Boston Bruins are one of the most well-rounded teams in the league. They solidified their back end with the acquisition of Tomas Kaberle and they improved their depth by trading for forwards Chris Kelly and Rich Peverley.

Tim Thomas is all but a lock for the Vezina Trophy.

The B’s are ranked 18th in penalty-killing with an 81.5-percent rate of success. Perhaps it’s due to lack of experience: they are ranked 27th in times shorthanded.

I suppose a solution for poor penalty-killing would be to stay out of the box, but that probably won’t happen. The Bruins average 14.8 PIM per game. 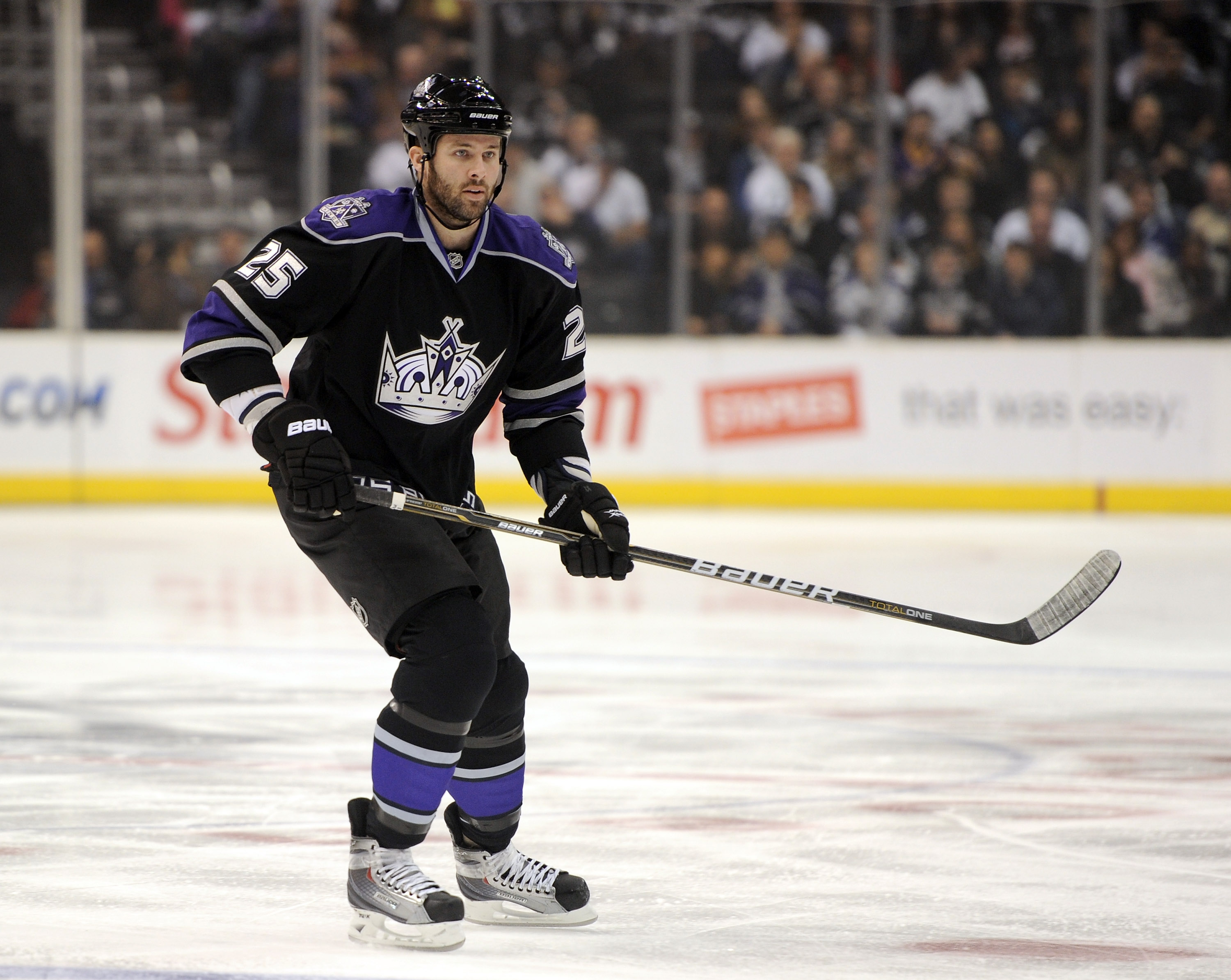 In the six games that Dustin Penner has played since the Los Angeles Kings traded for him, he has amassed two goals and three assists. I suppose those numbers are decent, but given what the Kings gave up to acquire him, I’m sure they were expecting more.

Penner was, after all, the headliner of trade deadline season.

He’ll need to get into gear for the playoffs if the Kings don’t want to regret selling the farm. 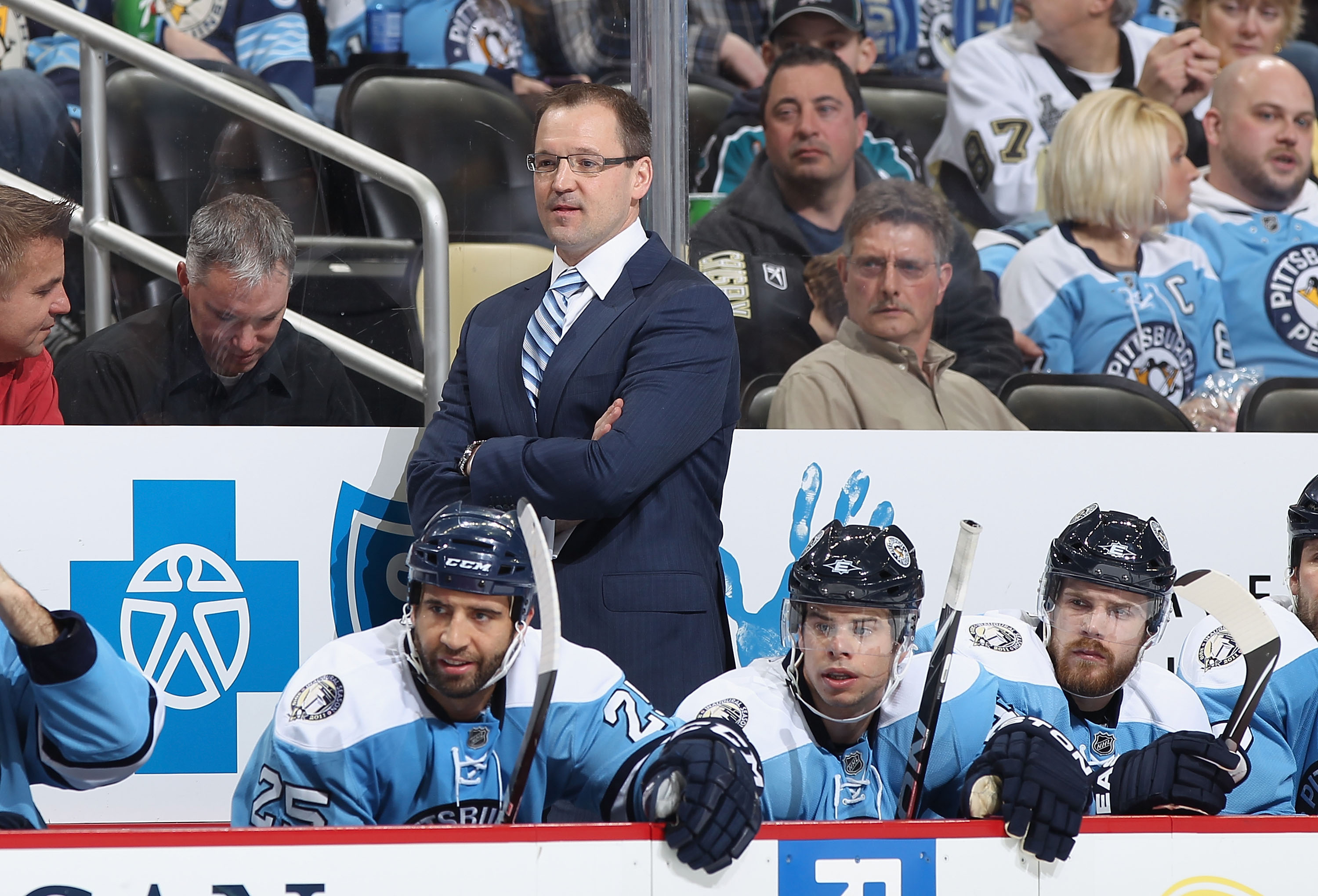 Even though the Penguins have been playing surprisingly well, I don’t see them making much of an impact in the playoffs without Sidney Crosby—arguably the NHL’s best player.

Dan Bylsma may be the best coach in the NHL and he was rewarded for his great work with a three-year contract extension this past week. He would be the difference-maker in the Pens’ Cup-run, but I’d say the team is a bit of a long shot as it stands.

If Sid’s convalescence allows him to make a return for the postseason, all bets are off.

The Phoenix Coyotes penalty kill is downright awful. They are ranked 27th in the league with a meager 77.9-percent kill rate.

They are the worst ranked of all currently seeded teams.

And yet, with Keith Yandle’s breakout season and Ilya Bryzgalov’s solid goaltending, the Coyotes are still in the mix.

Without a PK improvement, however, I give them little to no chance in the playoffs. 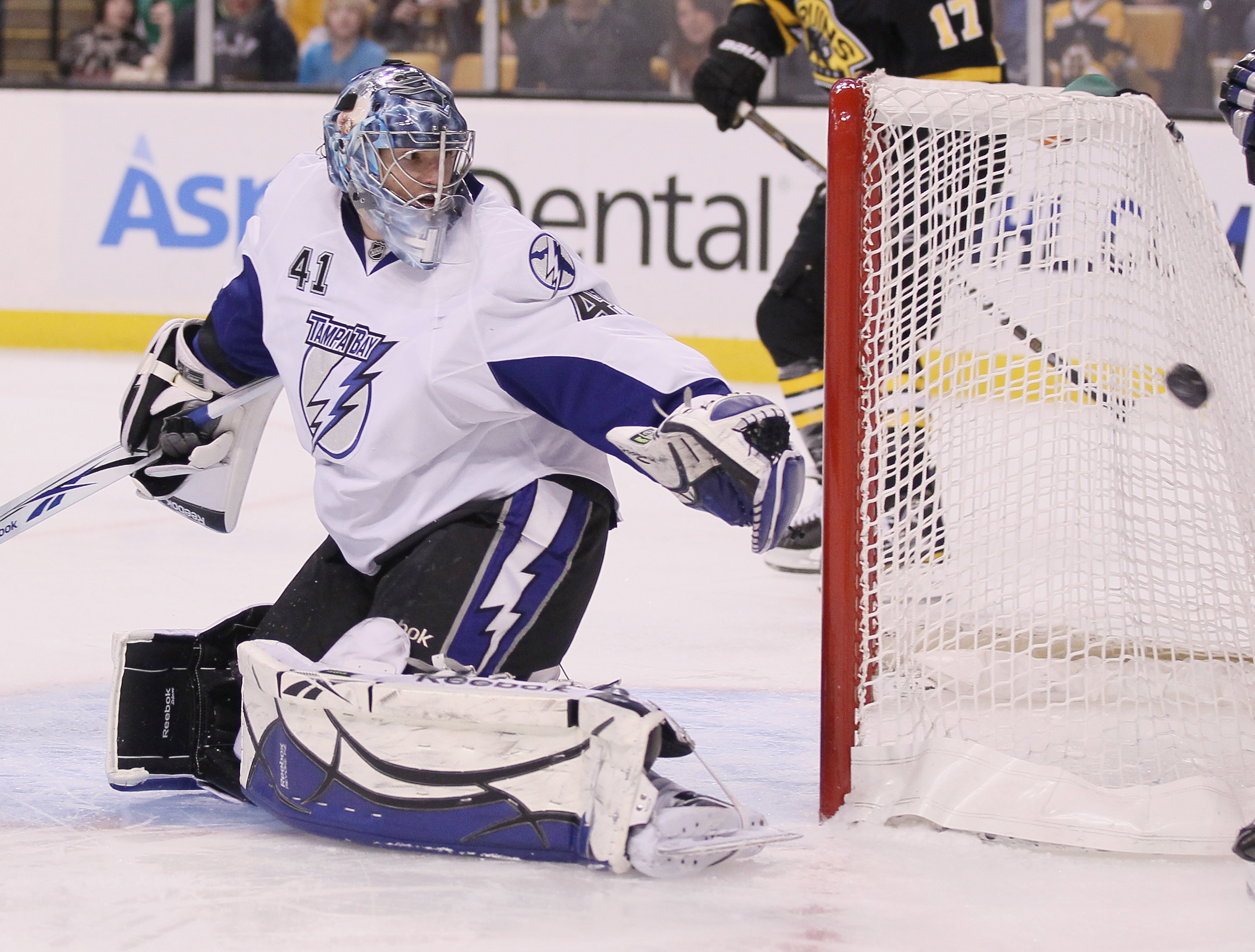 If coach Guy Boucher doesn’t elect to start Smith more often down the stretch, Roloson will certainly tire and fizzle out in the playoffs. 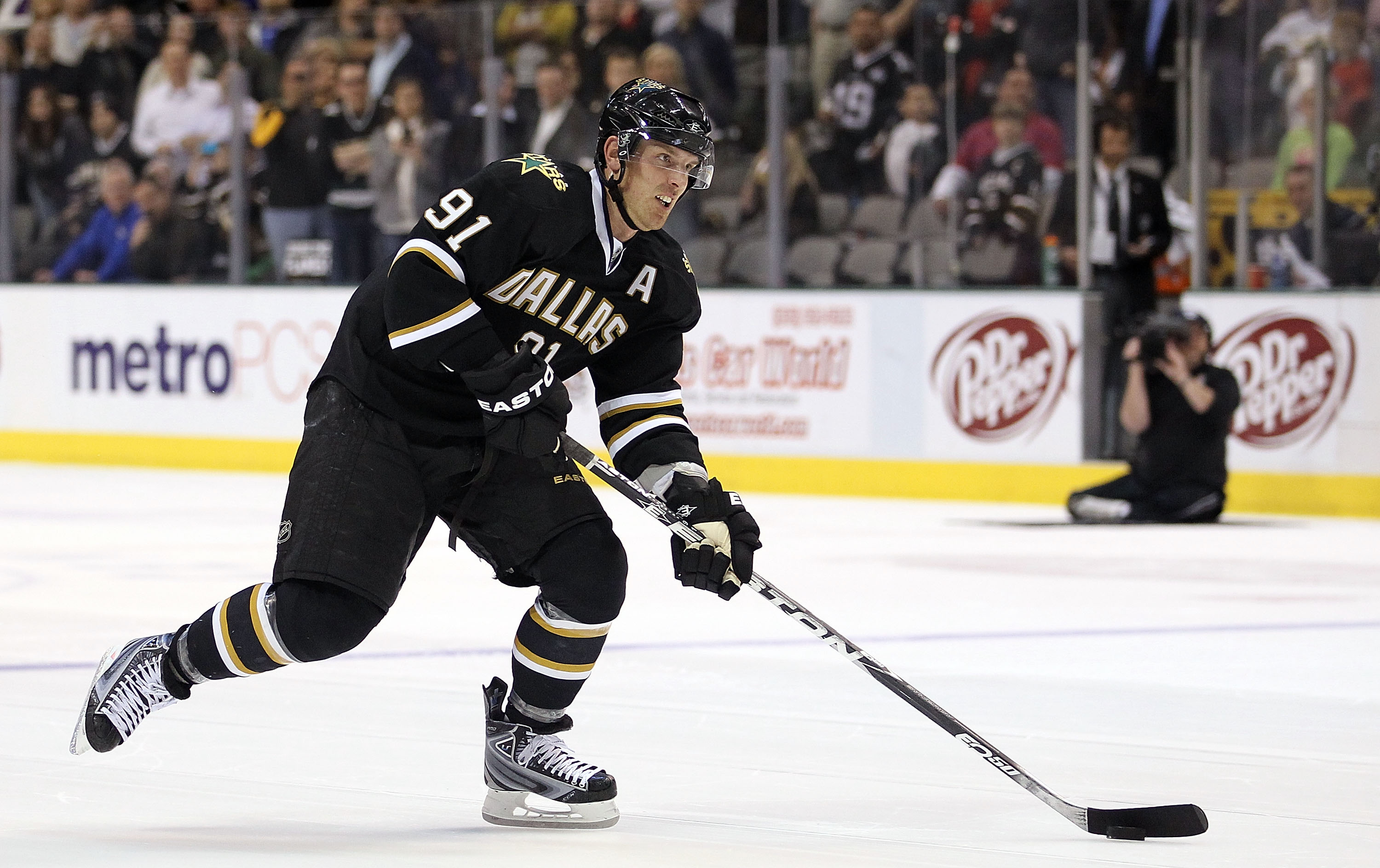 Brad Richards missed 10 games with concussion-like symptoms. He has thankfully returned to the Stars lineup. Unfortunately for the Stars and their fans, it may take a while for Brad to kickstart his game.

It’s perfectly normal for a player to be rusty after missing some time. Such is the case for Richards.

In order for the Stars to contend in the playoffs, they need their elite centerman to start playing like one again. 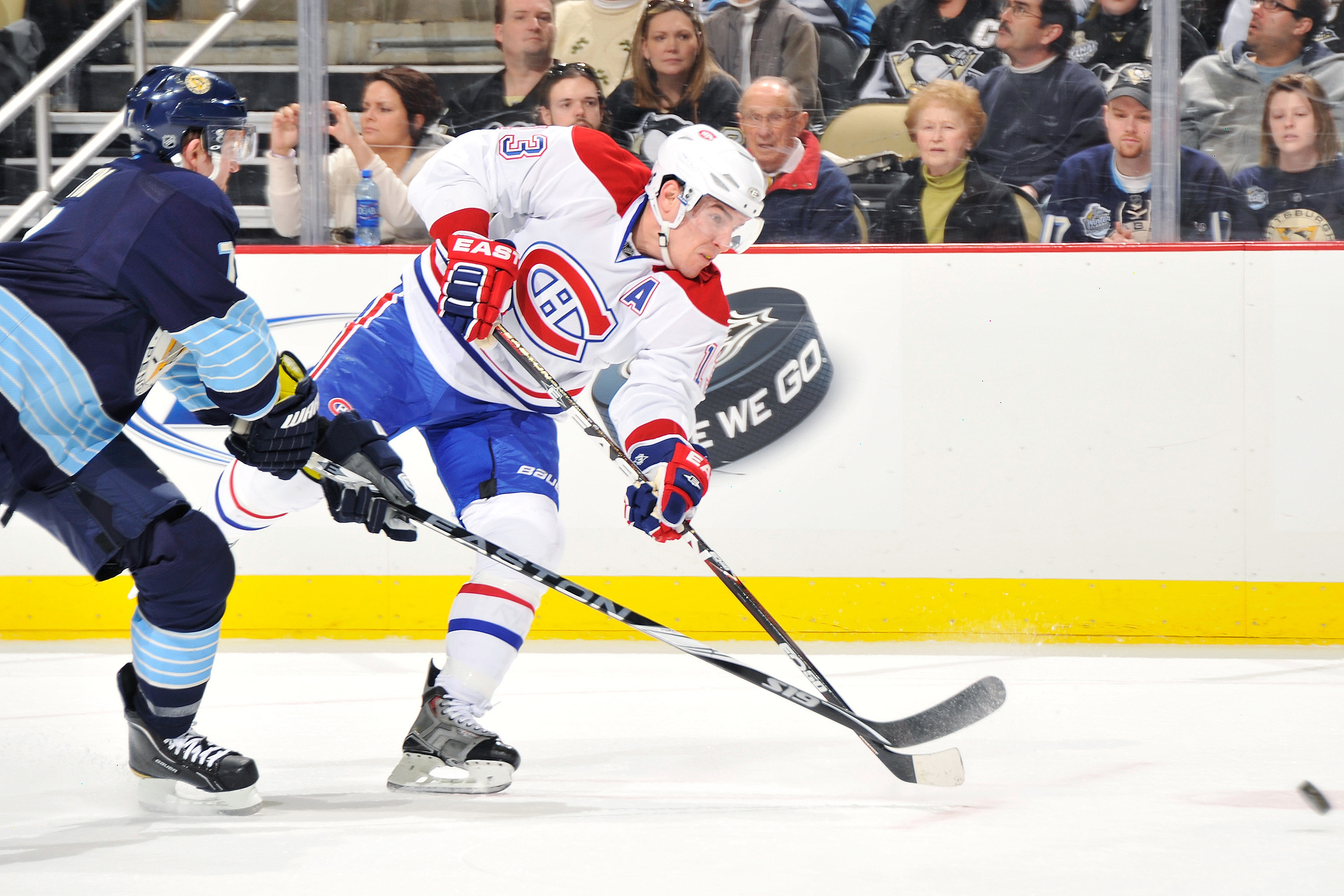 The Canadiens suffered a major loss when Max Pacioretty’s season was ended. He was an integral part of their offense and there is currently a hole in their top-six forward lineup.

If the Habs hope to compete on the playoffs, they must develop some chemistry on their newly-shuffled lines.

Also, Michael Cammalleri needs to have a repeat of his 2009-2010 playoff performance, as his regular season play has left more to be desired. 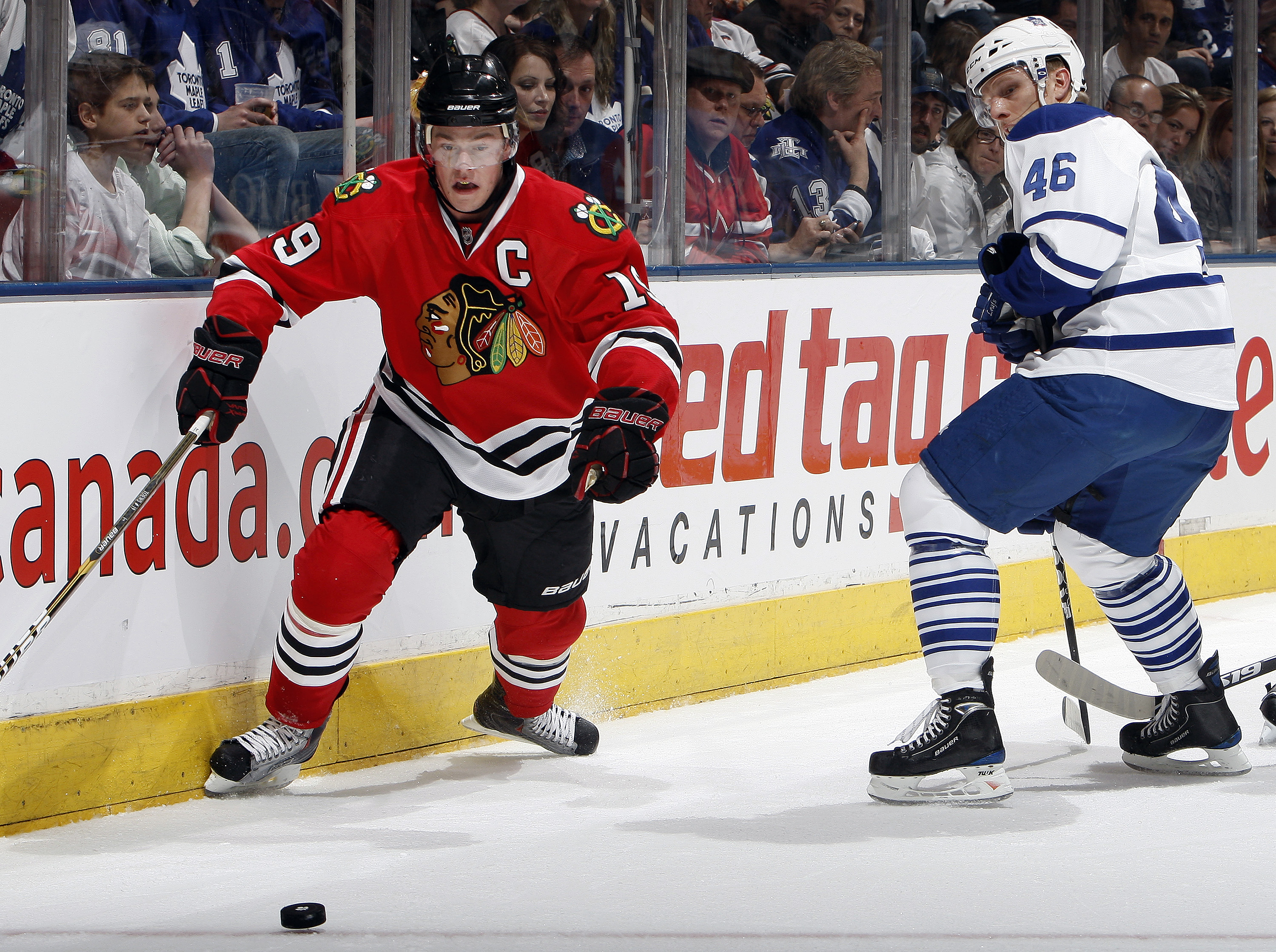 The Chicago Blackhawks live and die by their best player, Jonathan Toews.

If Toews continues to make waves in the NHL and campaign for the Hart Trophy (scoring 31 points in 20 games), the Hawks have a good chance at excelling in the playoffs.

If, however, he gets cold at the wrong time, Hawks fans have to start worrying.

Where exactly would the Chicago Blackhawks sit in the current standings had Toews not caught fire?

The Sabres are a middle-of-the-pack team in every sense of the expression. They are currently ranked seventh in the Eastern Conference, they have the 10th-ranked power play (18.3 percent), and their penalty-killing percentage is just below average, ranked 17th at 81.8 percent.

Aside from Ryan Miller quietly having another fantastic year, Buffalo doesn’t have all that much going for it.

The Sabres are just doing enough to squeak by and make the playoffs. 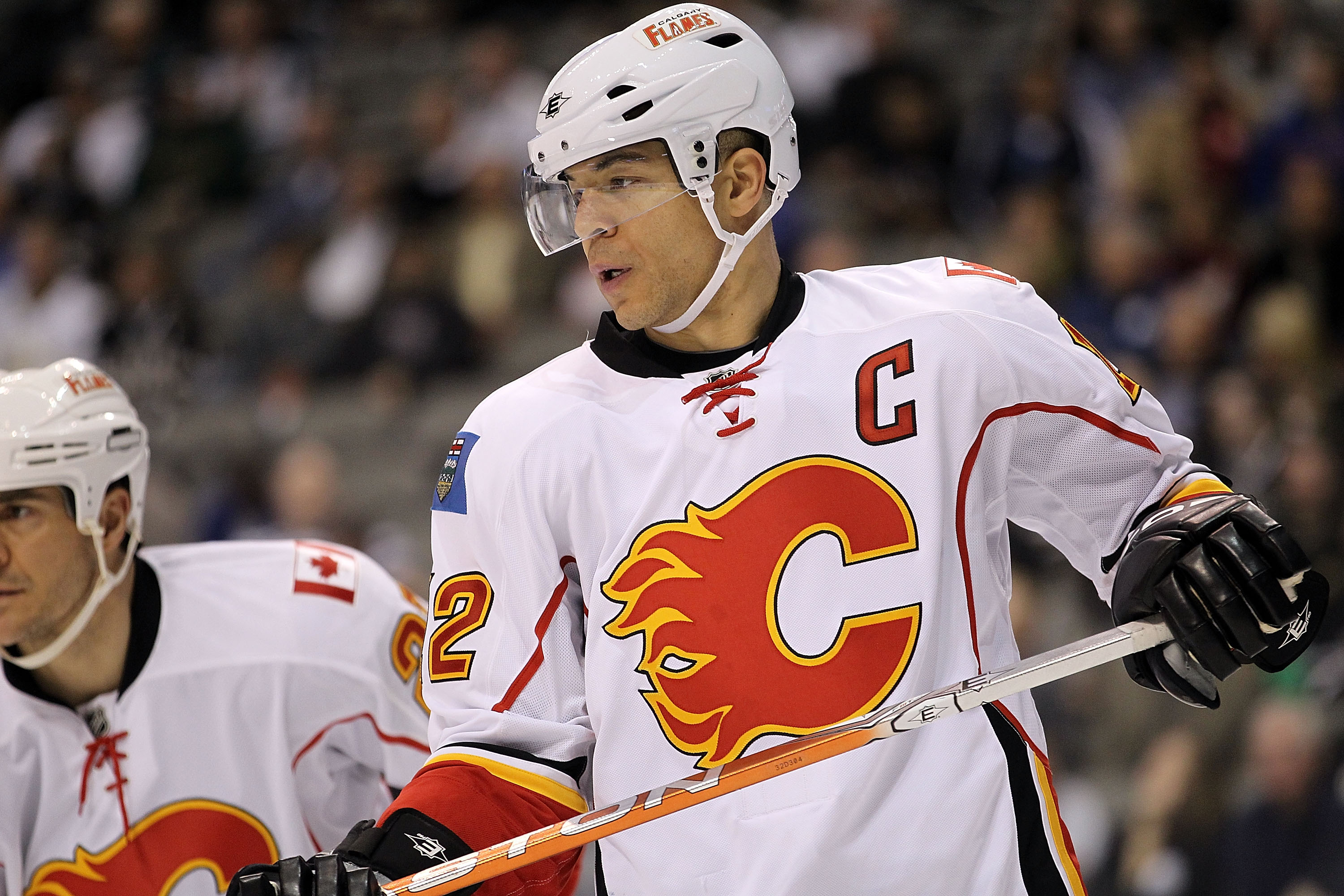 The Calgary Flames—currently being carried by their MVP, Jarome Iginla—need to find a way to win more games on the road. Their road record is currently 15-16-5, and it has been improving as the season progresses.

If the team can’t continue this upward trend and reverts to the lackluster road performances we’ve seen earlier this season, trouble will follow.

I wouldn’t be shocked, however, if the Flames continued in the right direction and went on a legitimate run. 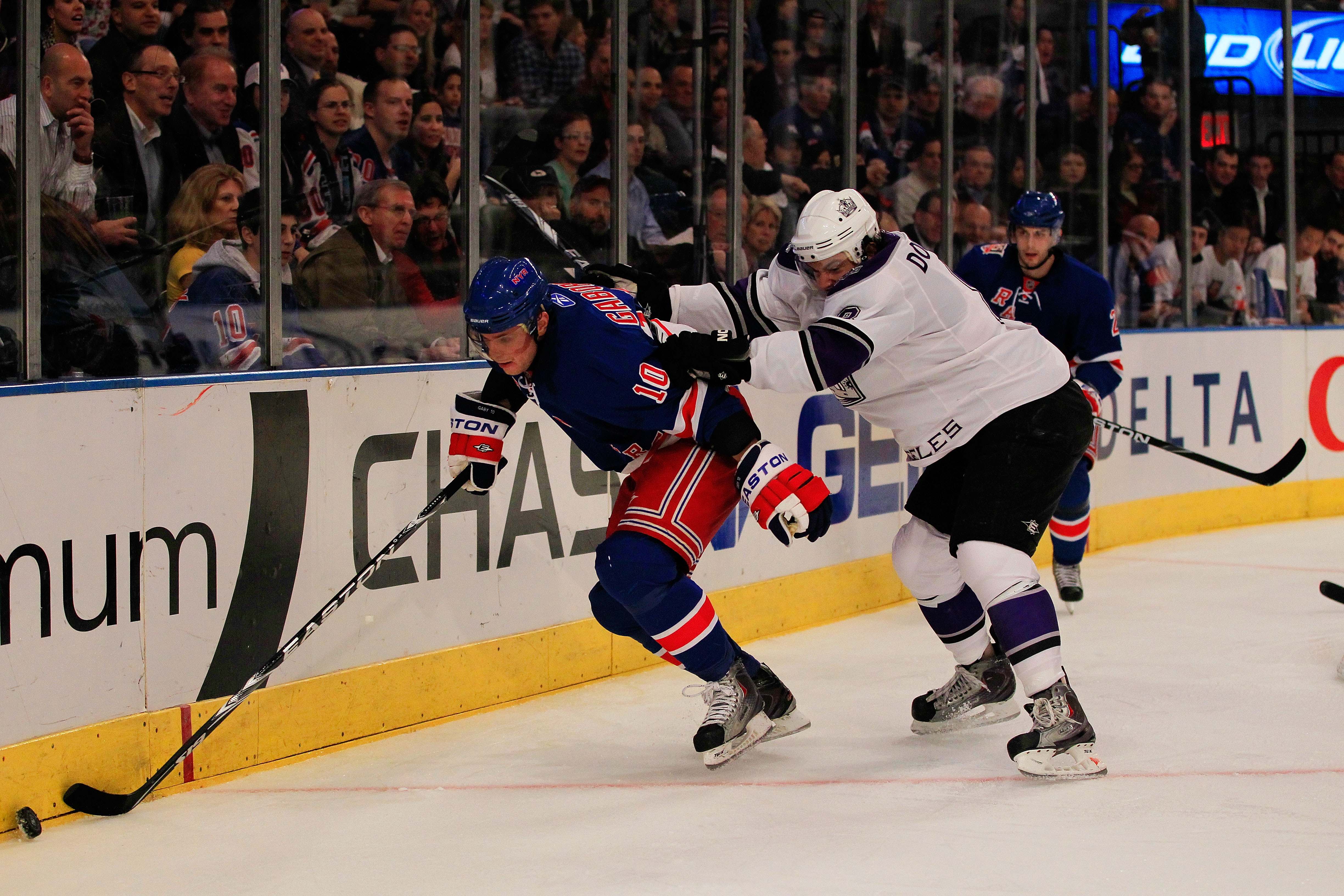 The New York Rangers most prolific goal-scorer, Marian Gaborik, needs to stay healthy and be more consistent if the Rangers have any hope in competing for the Stanley Cup.

As usual, Ryan Callahan has been a fantastic second-line winger, chipping in with 20 goals and 20 assists.

Gaborik, however, has only scored 18 times—with 10 of them coming in only three games!

He has the ability to be a game-breaker and he’s going to need to be one come playoff time. 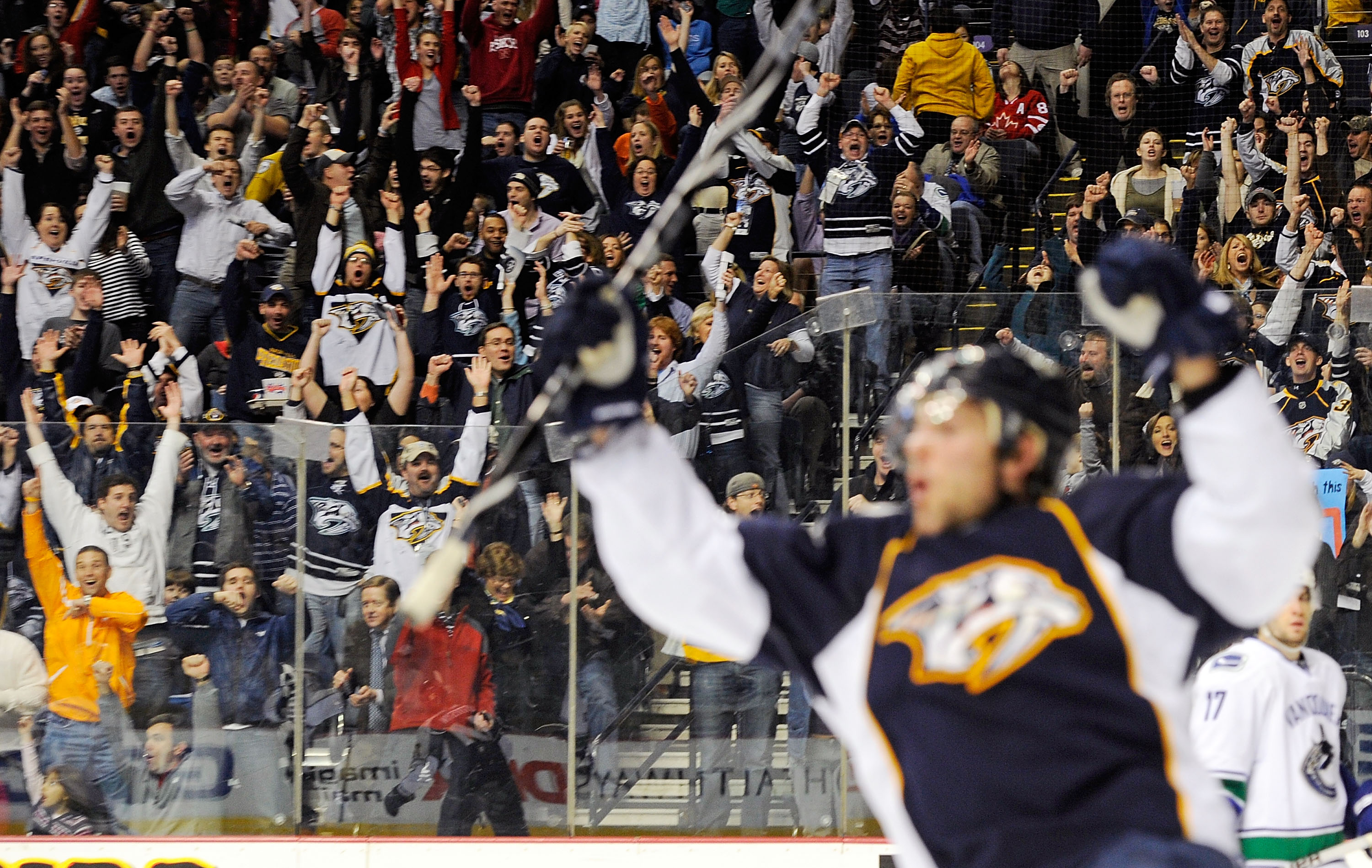 The Nashville Predators have scored the least amount of goals (177) of all the teams competing for a playoff position.

Thankfully, their goalie, Pekka Rinne, has carried the team on his back.

The Preds are going to have a tough time in the playoffs (if they make them) if they can’t score goals and rely solely on Rinne. 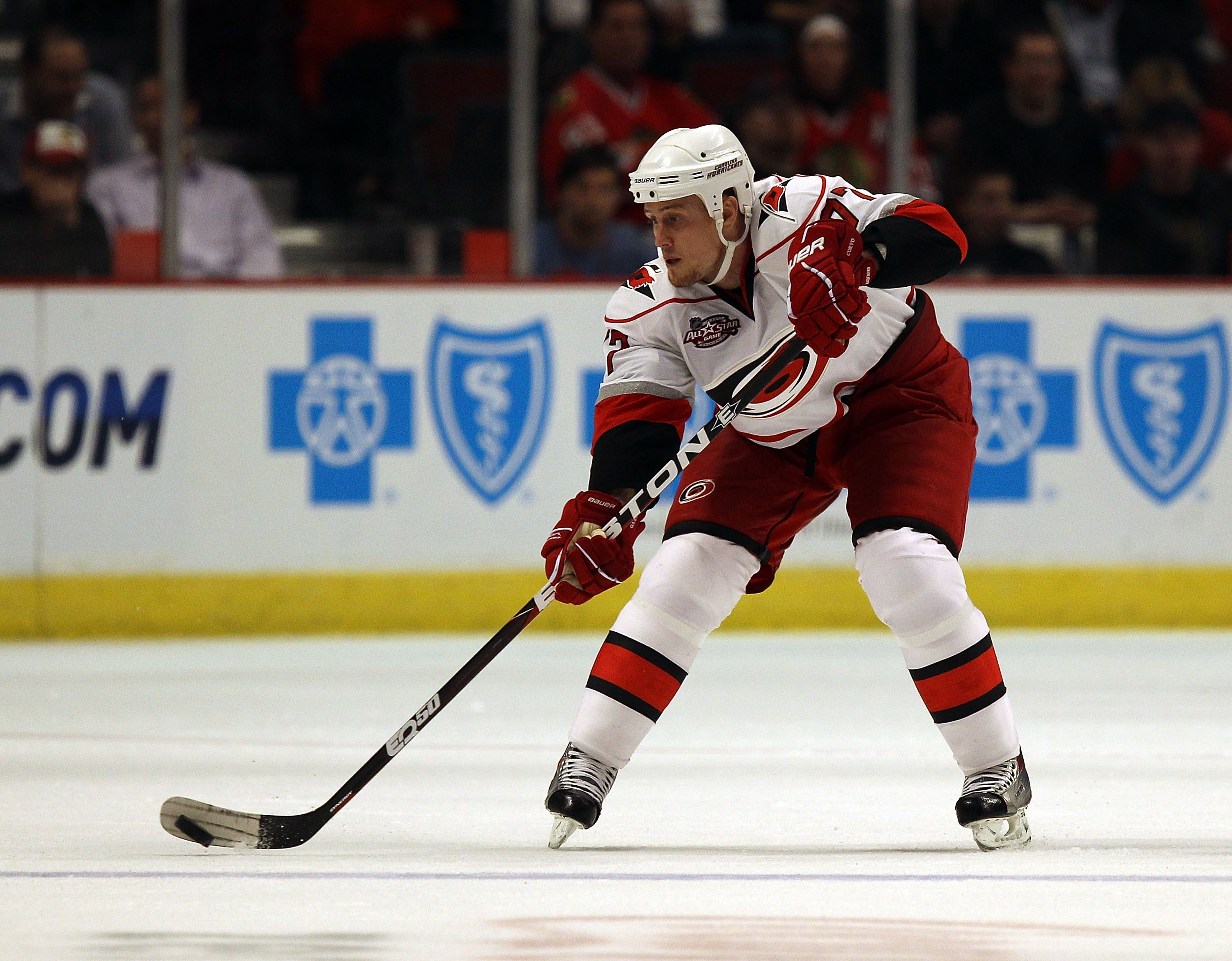 Carolina’s defensive game needs a lot of work. The team’s goals-against average is 2.96—tied for the highest amount amongst playoff contenders with the Tampa Bay Lightning.

Unfortunately, the Hurricanes don’t have the Lightning’s ability to score goals, creating a large goal differential, minus-13.

The team certainly needs to work on its defense if it has any hope in competing. 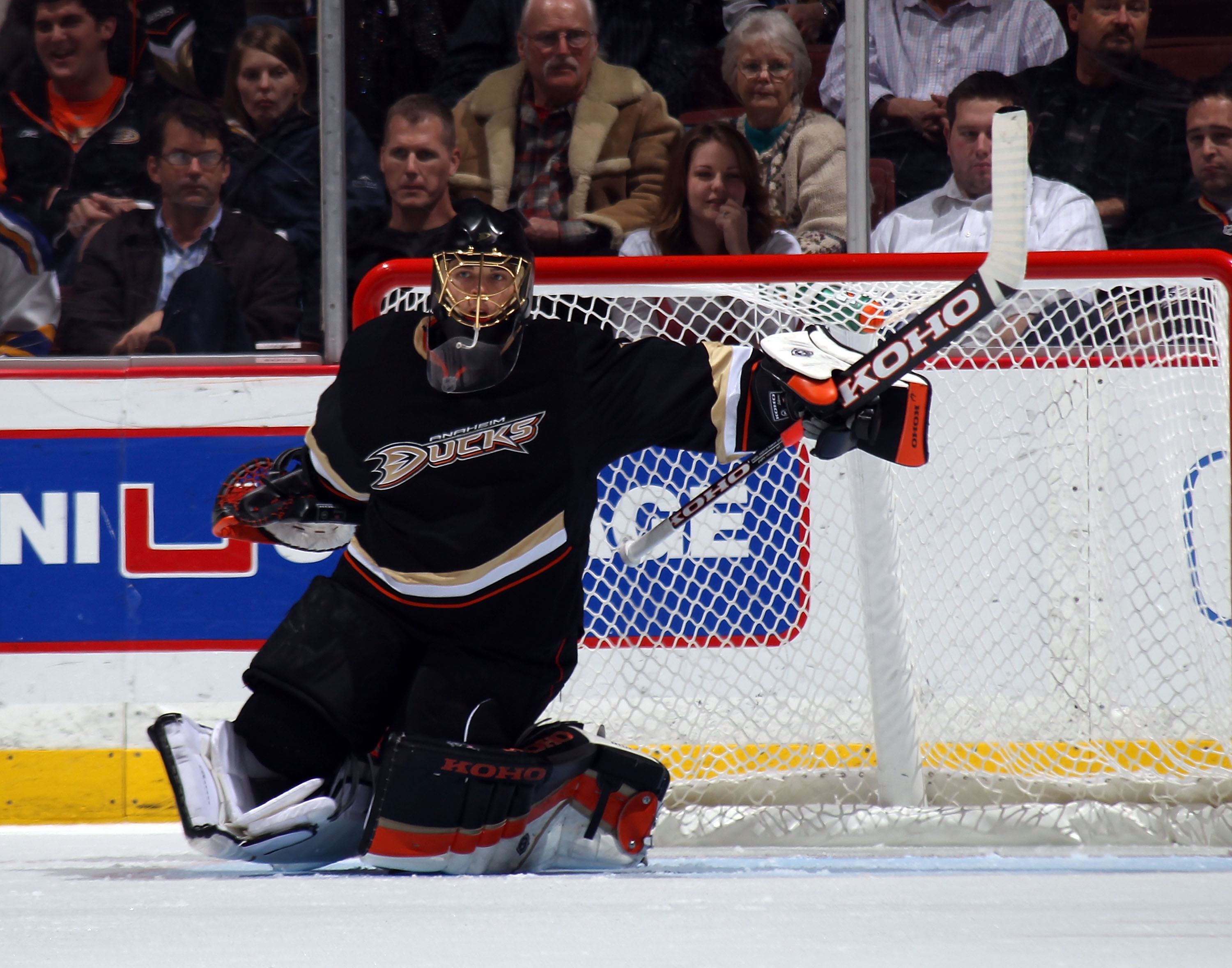 It is a long-held belief that goaltending is paramount in the playoffs. As of this moment, the Ducks starting goalie is Dan Ellis.

With exception to the 5-2 loss against the Phoenix Coyotes on Mar. 13 in which he was pulled, Ellis has been playing well as of late (5-2-1).

But, in my opinion, Ellis is a backup.

The Ducks will desperately need their starter, Jonas Hiller, back if they wish to compete.

Hiller was having an MVP-type season before he went down to fatigue.

The Ducks desperately need him back for a playoff run.

The Devils are in the process of shocking the NHL world.

So what should the Devils need to improve if they wish to compete in the playoffs?

If they make the postseason, not a whole lot!