MLB Predictions: Predicting the Records of the Teams in the NL Central 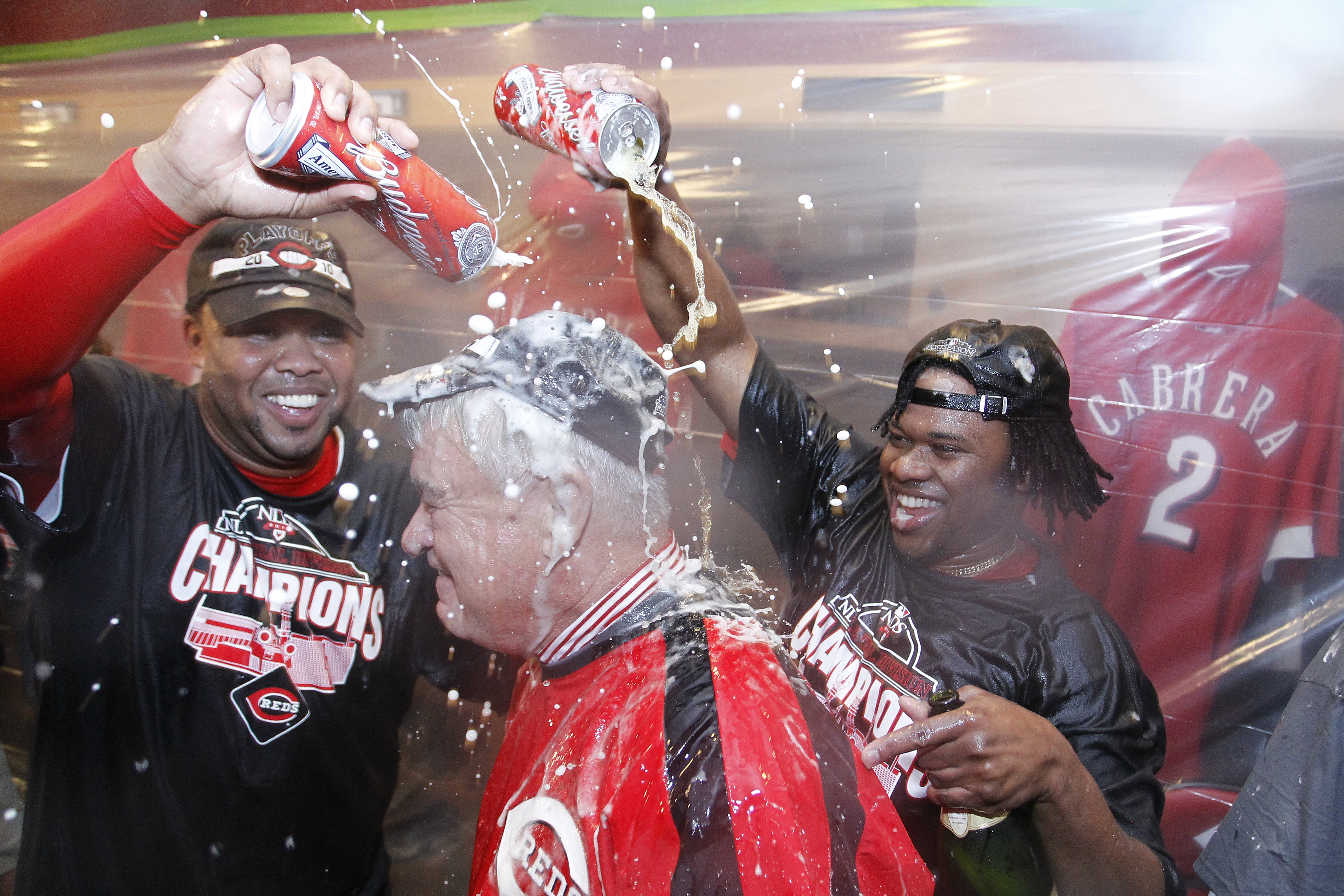 Spring training is in full force now, and we now have some insight into the teams of the MLB.

This piece is second in a series of seven, each predicting the records of teams in each division and then predicting the entire postseason (the schedule for which can be found on the last slide).

During the offseason, the Brew Crew did come winter cleaning of their roster, the Cards lost their two aces, and all four other teams in the Central made some interesting moves.  Now that the chips have fallen from the offseason, it is time to start predicting how the teams will do in 2011.

So, with no further ado, let’s get this started. 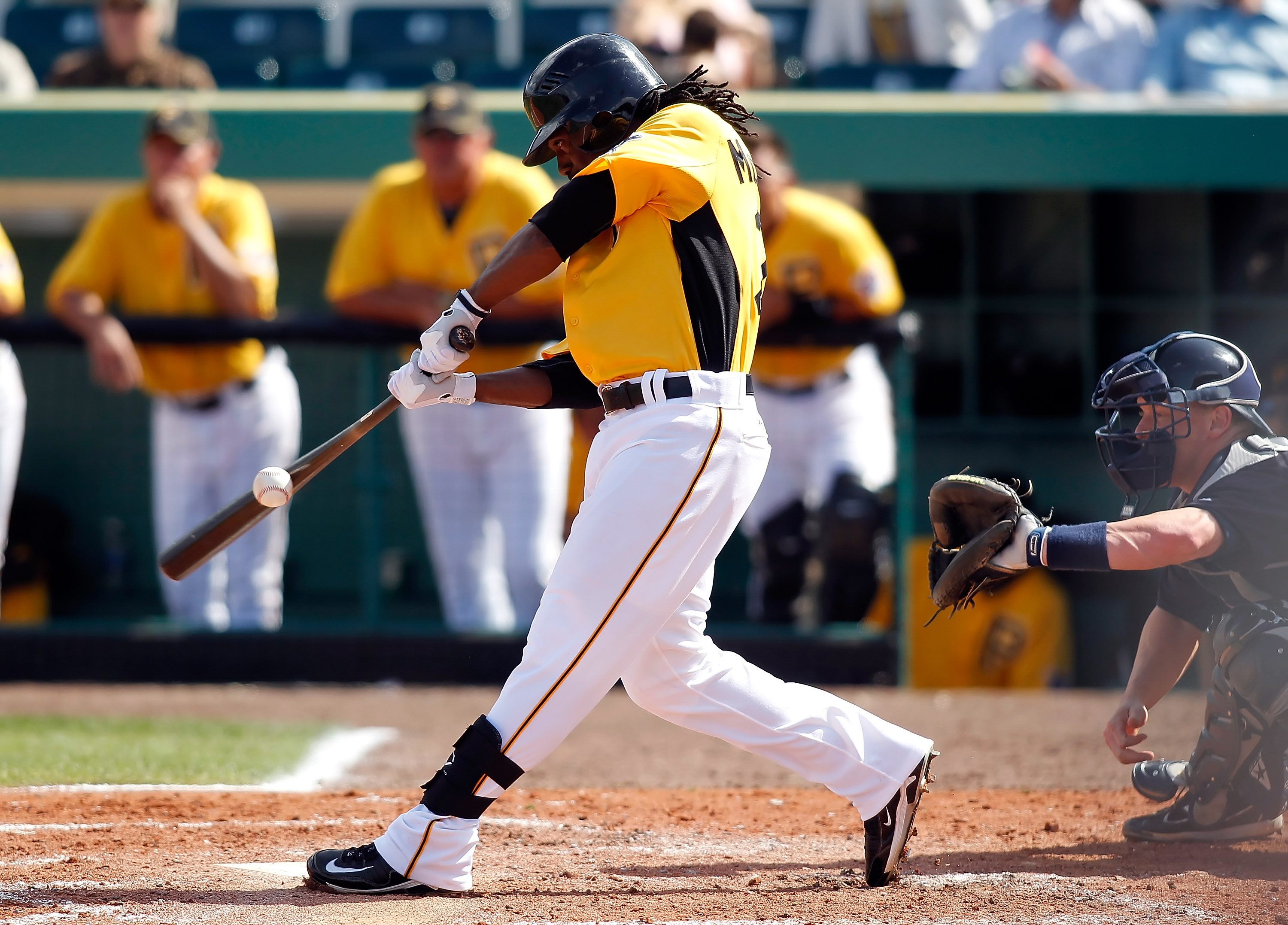 Last season was another bleak one for the Pirates, going 57-105.  The Pirates are acknowledged as one of the worst teams in baseball, and unfortunately 2011 is not going to be the year they turn it around.

The Pirates have started off relatively well in past years, keeping pace with the talented NL Central, but they usually fade off due to a lack of actual talent.

Pittsburgh has an amazing stadium, and incredibly loyal fans who still come out to support the Pirates, but they have just about no talent.

OK, they have Andrew McCutchen who is good in the field and with the bat, and he’s got some speed, but that’s it.  McCutchen has the potential to hit around .300 and 20 home runs, but he’s getting absolutely no help from the rest of the team.

Until the Pirates can actually assemble some talent they cannot hope to succeed, or come anywhere close to the .500 winning mark.

Prediction: The Pirates will have a miserable year again, and they will make a trade for some prospects. 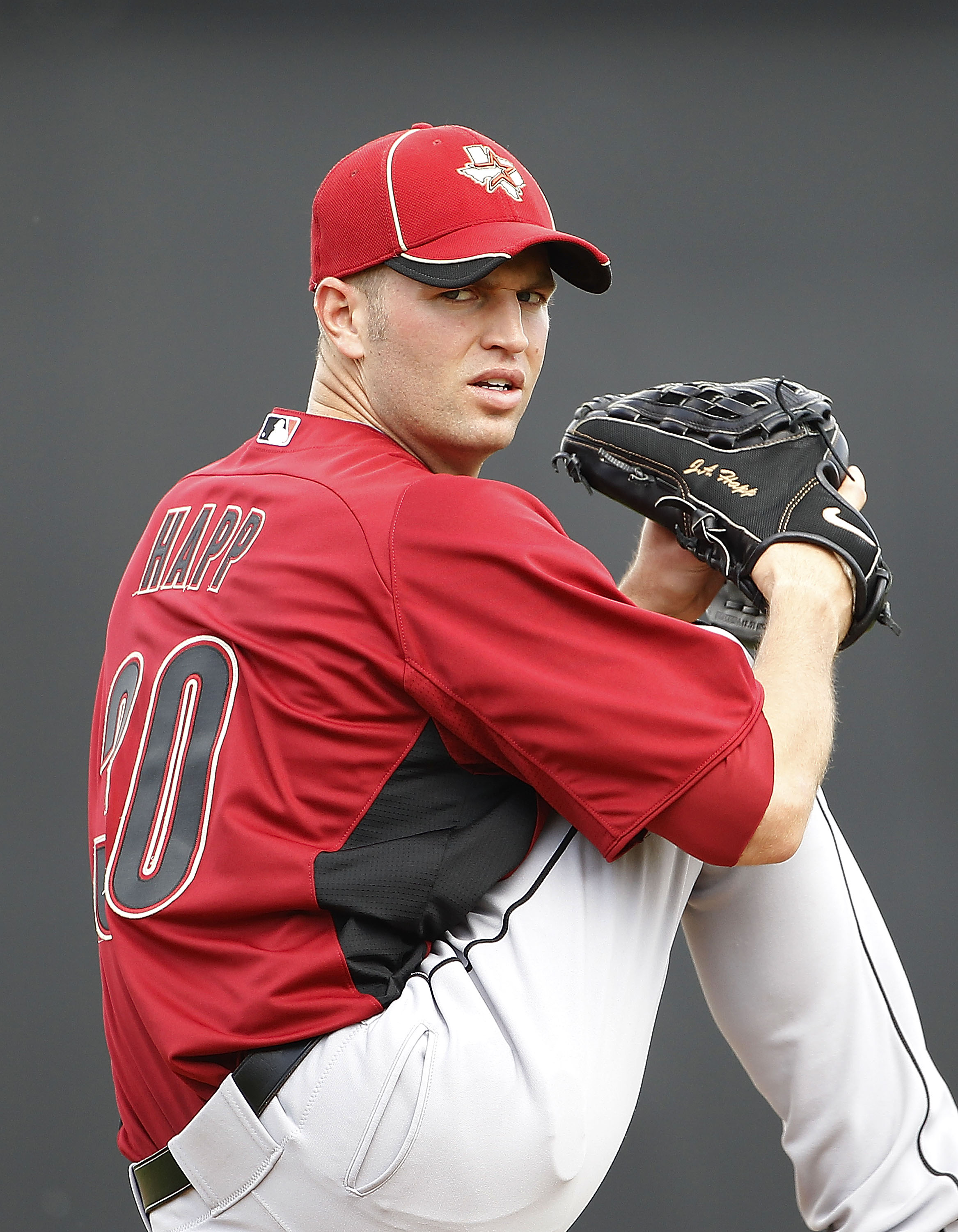 In 2010 the Astros went 76-86, good enough for fourth in the NL Central.  In 2010, the Astros were big sellers at the trade deadline, and they seem to be in a rebuilding state.

At the 2010 trade deadline, the Astros cut ties with Roy Oswalt and Lance Berkman.  Oswalt is a legitimate ace who has joined the Phillies’ incredible rotation, and Berkman is a good hitter who swings for the fences.

The Astros dealt these two for some young talent including pitcher J.A. Happ from the Phillies, who had double-digit wins in his rookie year with the Phillies.  The Astros are relying on Happ, Jason Castro and Bret Wallace to step up over the next few years and raise their franchise from the ashes.

The days of Houston being a strong team are over, and now they need to try to set up for the future.

Prediction: Houston will keep trying to rebuild, trading older stars for young prospects, and they will make a trade or two for some young talent. 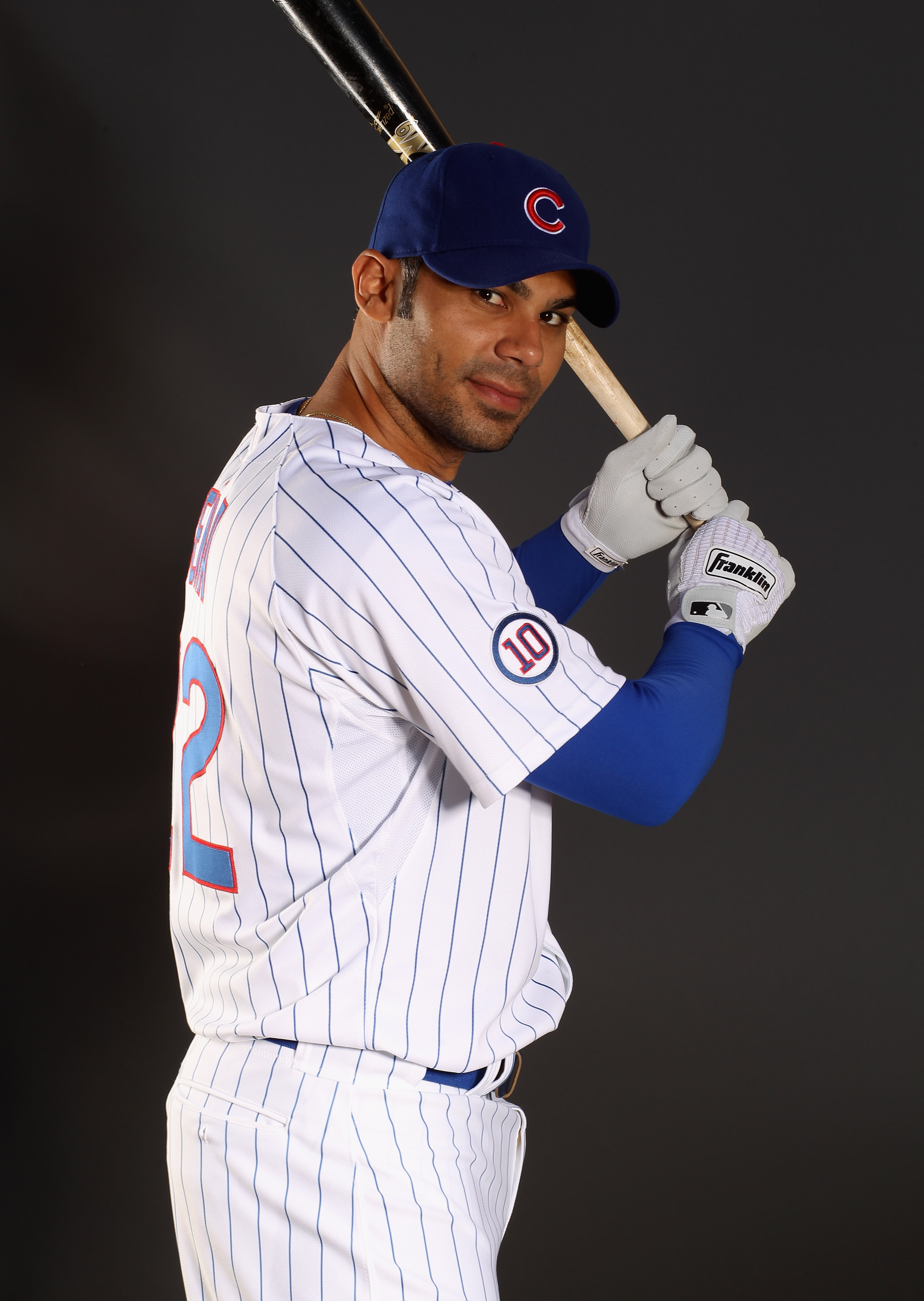 The Cubs went out and got a shiny new toy in Carlos Pena, but it cost them a pretty penny.   Pena had a down 2010 posting a sub-.200 batting average.  However, he posted a good number of home runs his stock did not go down.

Pena has a career average of about .250, and if he stays healthy this I fully expect a bounce back in 2011, but he is not worth the $10 million the Cubs are paying him.

Pena is an example of a bad signing, another of which would be Alfonso Soriano.

Soriano and Pena combined are not what they used to be, and they will not be enough to carry the Cubs.

So how does Chicago post a .500 record?  It’s because of their pitching and Geovany Soto.

The Cubs have Dempster, Garza and Zambrano as their 1-2-3.  These three guys are all good and can post some surprising numbers if given the run-support.

The other part is Soto.  He has shown that he’s got Big League skill, and if he can demonstrate it in 2010 again, he can combine with Pena and Soriano (who are still pretty good, just not as good as they are paid for) to try to give their pitchers what they need to win.

Overall, I would say that this season is a win for the Cubs and their morale, but if they hang on to guys who have peaked they’ll be in trouble down the road.

Prediction: Chicago will make a small move at the deadline to compete, and they will end up with a pretty good record but a poor finish in the division. 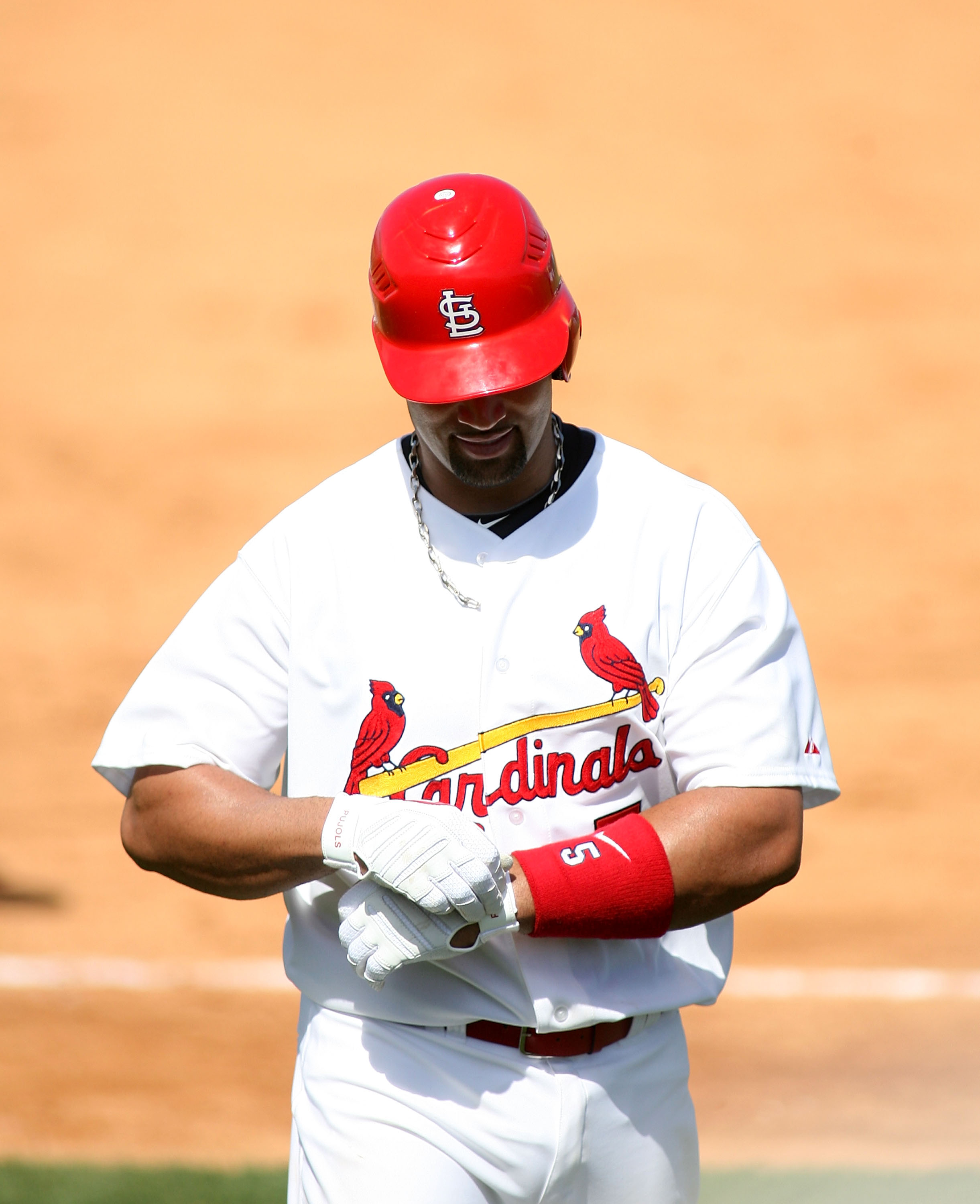 It’s been an interesting offseason for the Cards for all the wrong reasons.

It started off with the Pujols drama, and wondering whether or not he’ll come back, which was bad enough.  Then the monster reared its true head in the form of an Adam Wainwright injury, putting him on the shelf for the entire season.  Then Chris Carpenter had a scare, and although it looks like he’ll be back for the start of the season, he is missing valuable time in Spring Training where he should be getting his form down.

With all of this going around, the Cards are getting pretty deflated, which is not the way you want to start a season.

In 2010 the Cardinals went 86-76 and finished second in the division, but it’s not looking too good right now.

At the end of the 2010 season the Cards did not make the playoffs, but looked like a good team.  They had excellent pitching and the middle of their order consisted of Albert Pujols and Matt Holliday.  These two factors made the Cards look like a contender, but that’s changed.

The Cards still have a good pitching staff, but without Wainwright it is not as good as it could be.  They can still hit with Pujols, Holliday, and newly acquired Lance Berkman, but the rest of their lineup is somewhat weak.

This season will be telling of the Cardinals.  The Cardinals will be revealed as a “square team.”  They have four corners (stars), and when one comes out, the whole thing falls apart.  Look for the Cards to compete in the beginning but tail away.

Prediction: The Cards will be looking for a pitcher at the trade deadline (Joe Blanton perhaps?), and they will be buyers but they will not finish in the top two in the Central. 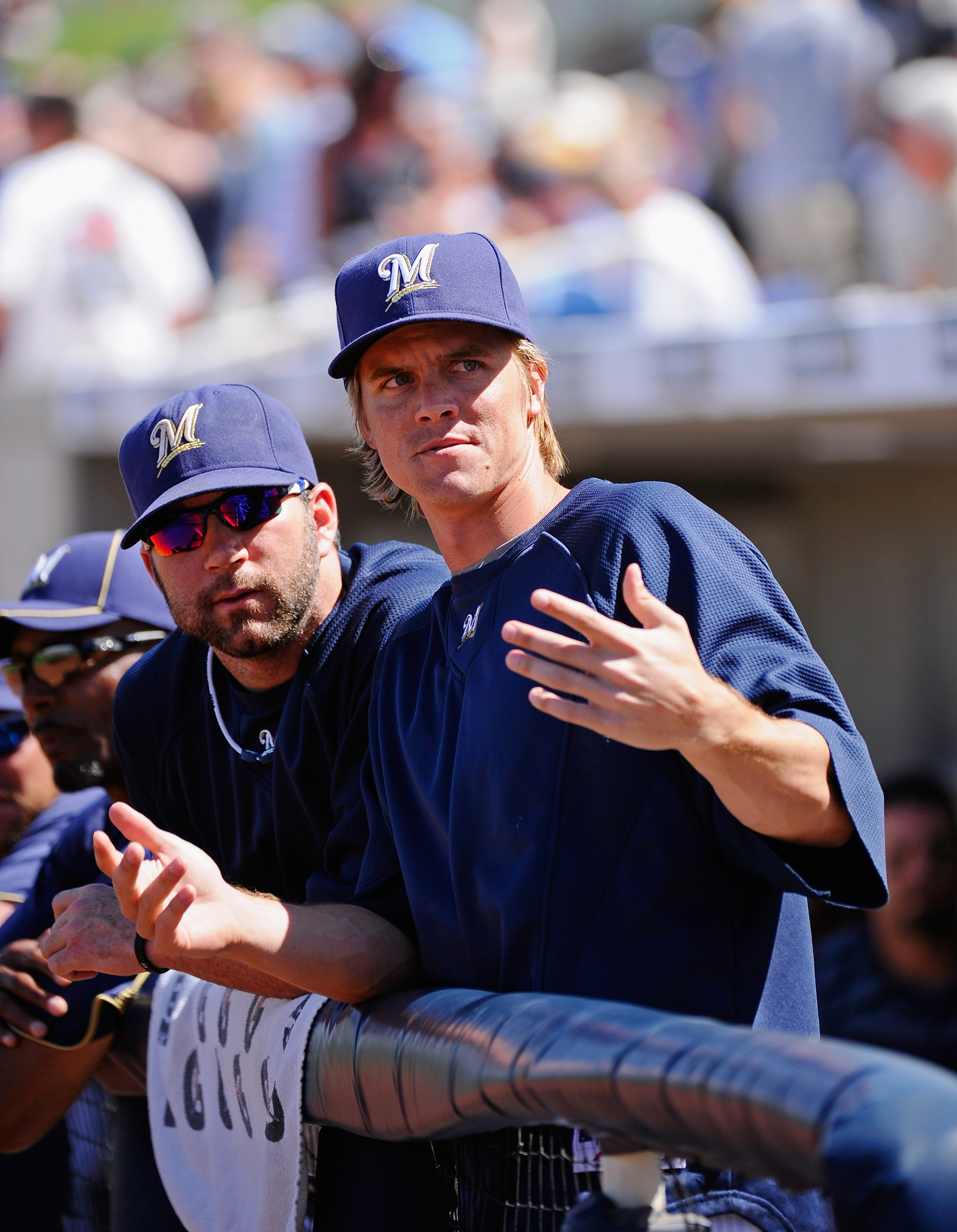 In 2010 the Brew Crew went 77-85 and finished third in the Central, but newly acquired players have them looking up.

Obviously the biggest of their acquisition was the second best pitcher on the market, Zack Greinke.  Greinke is a Cy Young pitcher and an All-Star, and he has won an average of 13 games in the last three seasons with a poor Kansas City offense behind him.  Greinke will join Yovani Gallardo and Shaun Marcum (another pickup) in a strong Brewers’ rotation.

The Brewers also got reliever Takashi Saito who, although he is turning 41, has shown no signs of slowing down, posting a 2.19 career ERA in the MLB.  Milwaukee also signed third baseman Casey McGehee who is a .285, 25 home run, 100 RBI hitter.

These four guys will join a Brewers team who needed more pitching to be competitive.  The Brewers already had Gallardo (who is currently listed as their ace according to ESPN.com), and an offense consisting of Prince Fielder, Corey Hart and Ryan Braun.

With these guys all coming together the Brewers look much stronger, hence their 10-game improvement.

Look for the Brewers to be very competitive for the division and the wild card, but they will fall short due to an uncertainty in Greinke’s mental and physical state and Saito being overused in the bullpen because of a lack of other decent relievers.

Prediction: Milwaukee will be buyers at the trade deadline in order to try to break away from the pack for the Central lead and the wild card, but they will fall just short. 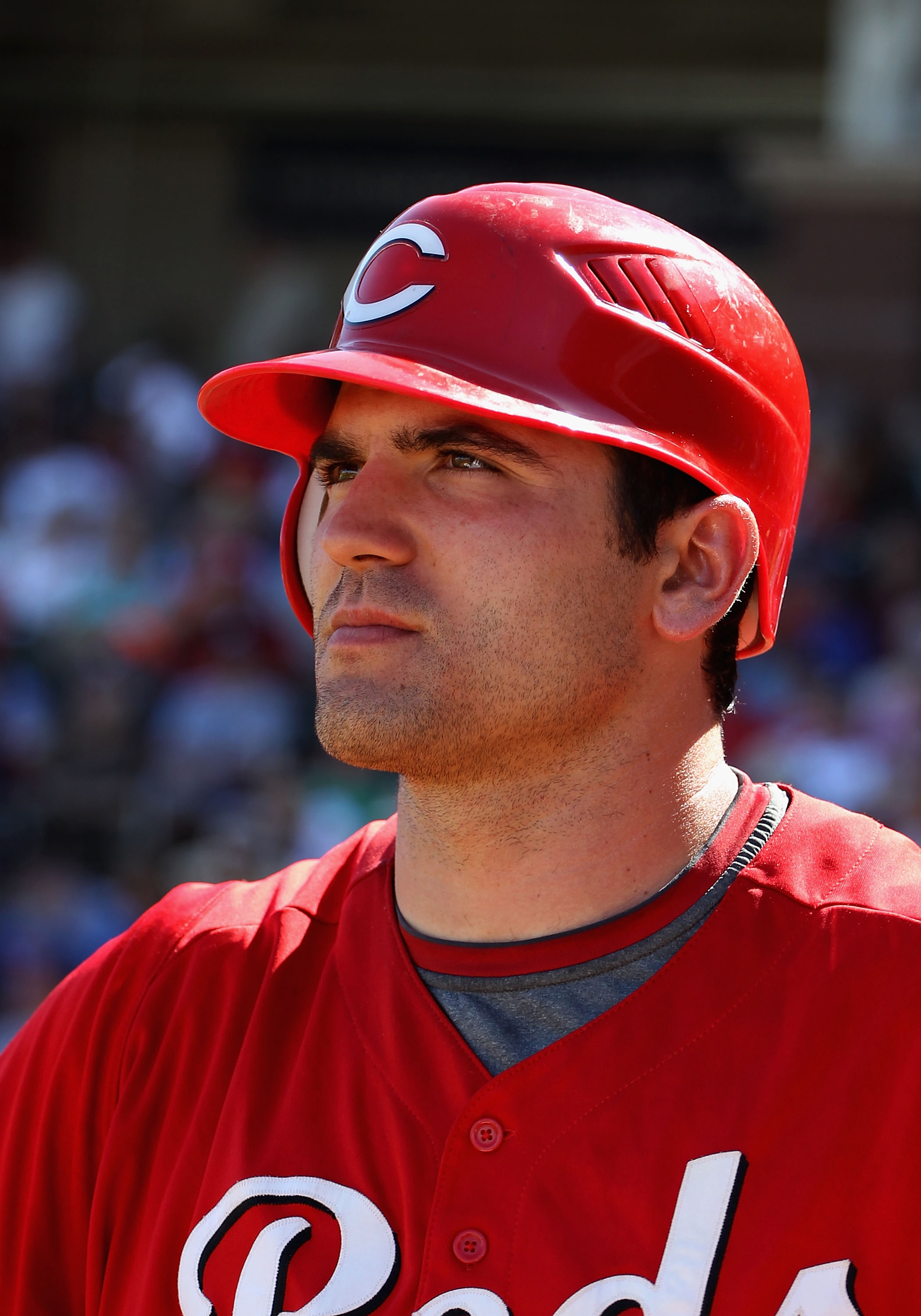 For Cincinnati, 2010 was a storybook year.  The underdog Reds shocked the baseball world by taking the NL Central away from the Cardinals.  The Reds got production from just about everyone, including Johnny Gomes, Mike Leake, MVP Joey Votto, Drew Stubbs, Jay Bruce, Scott Rolen, Brandon Phillips, and a strong pitching core of Volquez, Cueto and Arroyo.

Now there are a few questions facing the Reds.  Is Scott Rolen getting old?  Can Gomes, Stubbs and Bruce still give the same production?  Can Votto do anywhere near as well as last season?  Were they a fluke?

Well, the Reds seem to be able to cope with these potential problems.  They still have their offensive core; who have not yet given us reason to doubt their ability to repeat their stats.  They still have a good 1-2-3 for their pitchers.  They have Aroldis Chapman getting better and better in the bullpen.  And they seem to be ready to prove that they were not a fluke, and that they are legit.

The Reds tough offense and fountain of stable starting pitchers make them a tough win in every game, and that’s why I see them getting even better this season.

Prediction: Cincinnati will be a buyer at the trade deadline to compete with any and all move that the Brewers make, and they will beat out the competition to win the NL Central crown. 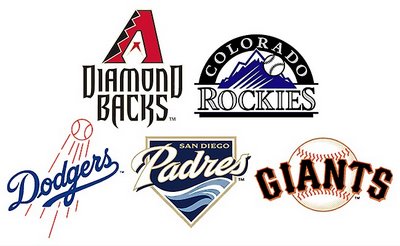