Mike Tyson's Punch-Out!! and the Top 10 Boxing Games of All-Time 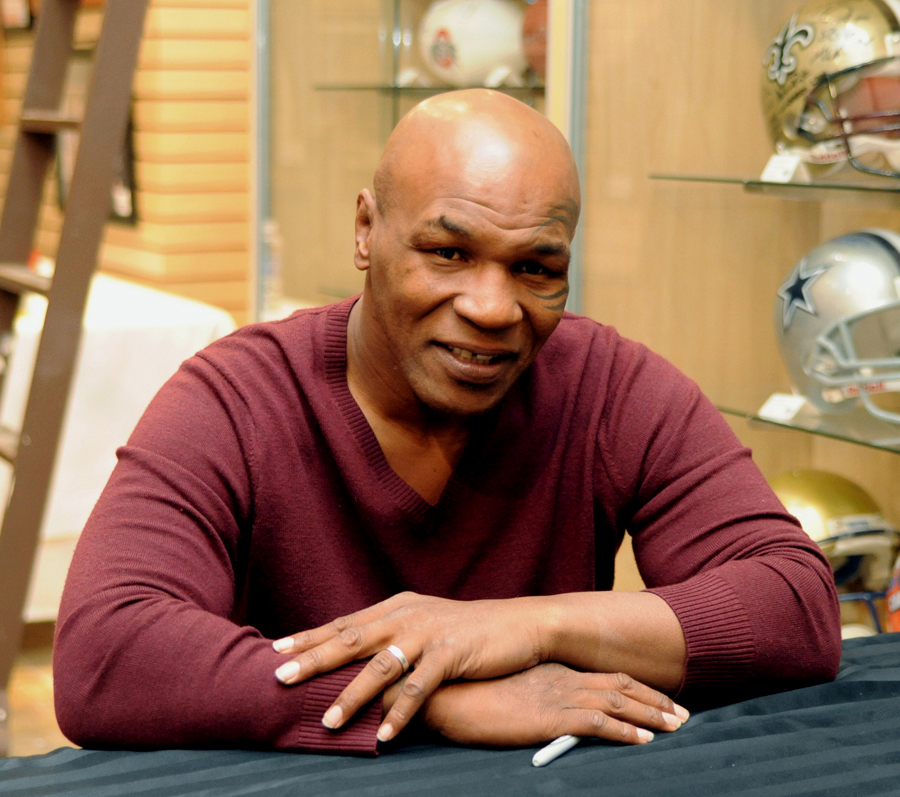 With Fight Night Champions out a few weeks now and garnering praise as possibly the greatest boxing game ever made, it seems to be a good time to review previous boxing game video games. Following is a list of the top 10 boxing games of all-time. A few rules for the list:

As a side note, I was unable to upload the corresponding YouTube videos so I added a link at the bottom of each slide. 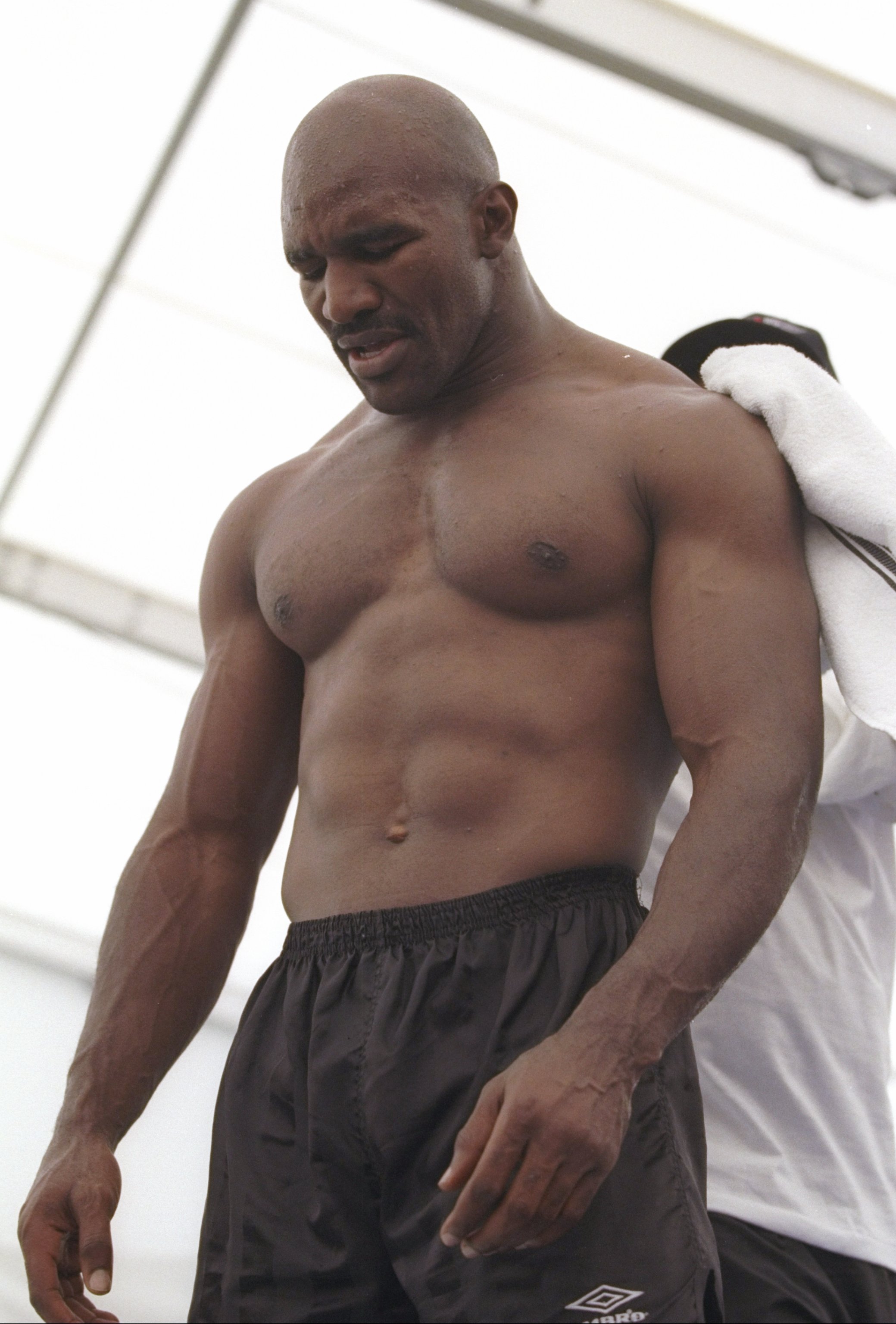 Evander Holyfield’s Real Deal Boxing was a much-copied game that tried it’s best to include as much of a real boxing feel. The ability to duck in the ring and to make training decision helped to make the in-ring action feel more authentic. The punches one could throw were varied, and the graphics were much cleaner and more colorful than anything else up to that point. 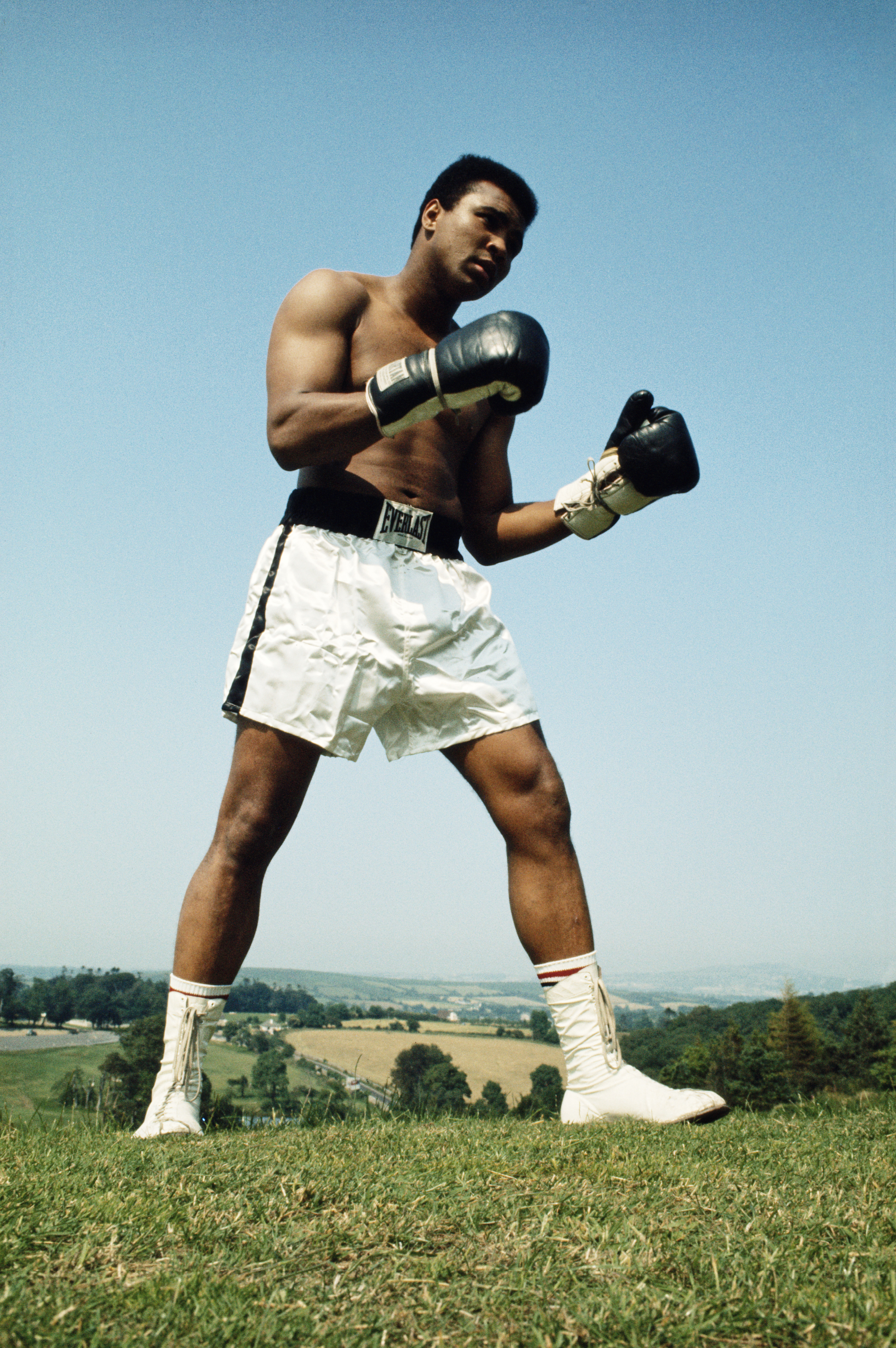 Foes of Ali was a bit of a mixed bag. The learning curve was steep, and, on the whole, it was not always the most fun game. What it did have going for it was that it was one of the earliest attempts at creating a boxing simulation. It was one of the first games to use numerous real boxers, true announcing, physical effects such as bleeding and camera angles. The fighters moved like real fighters, and it was the real precursor to the Knockout Kings series. 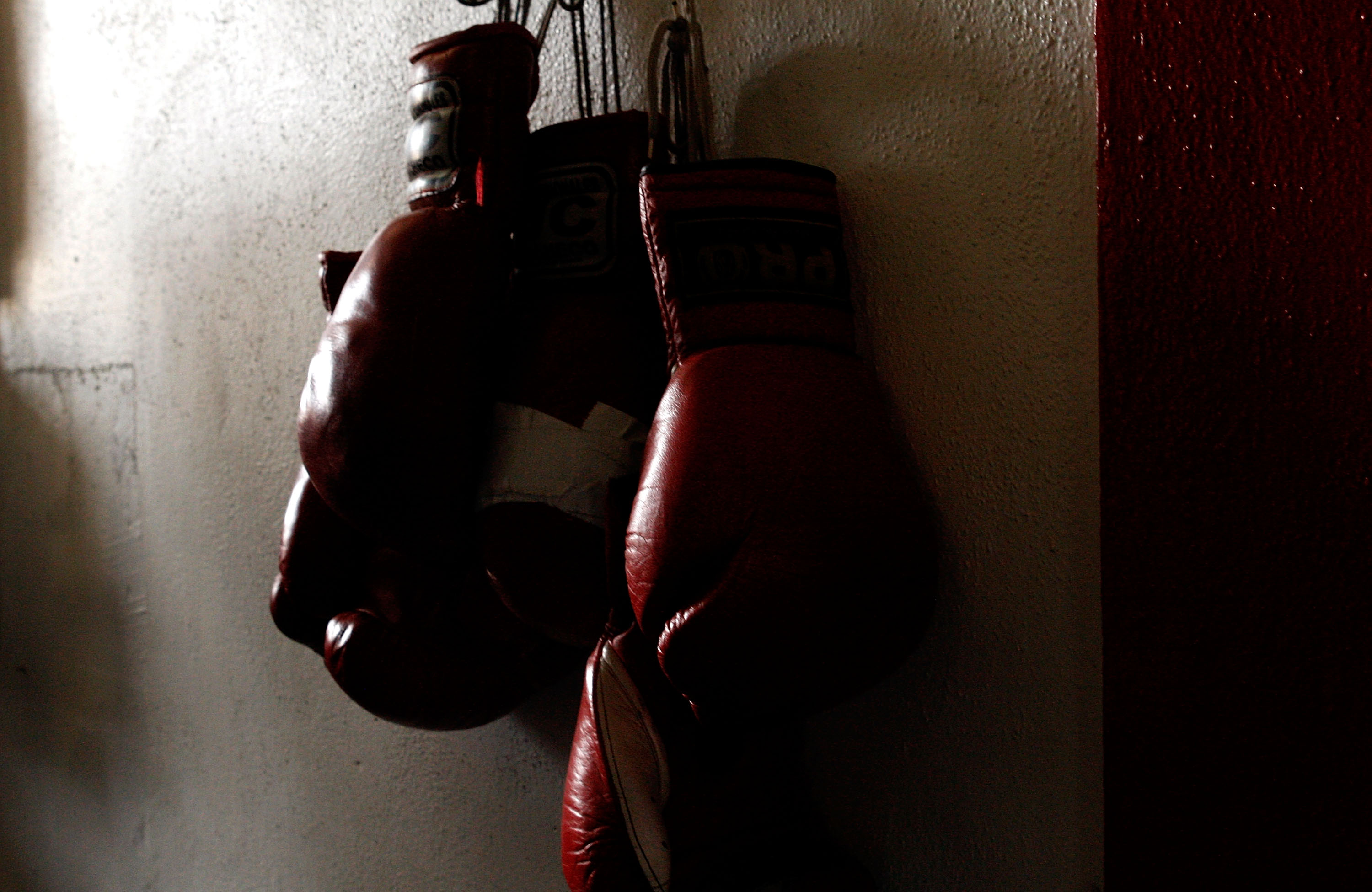 Victorious Boxers: Ippo’s Road to Glory is ridiculous. It follows a Japanese Manga and has an extremely cartoon style but fails to be as entertaining as the characters in Punch-Out or Ready to Rumble. What Victorious Boxers does have going for it is the controls. This game felt more like boxing than any other game prior, even the more respected Knockout Kings series. Further, the inclusion of a story, while not particularly great, gave more reasons to continue in single player than simply beating the next ranked fighter.

7) Ready to Rumble Boxing: Round 2 (Various) 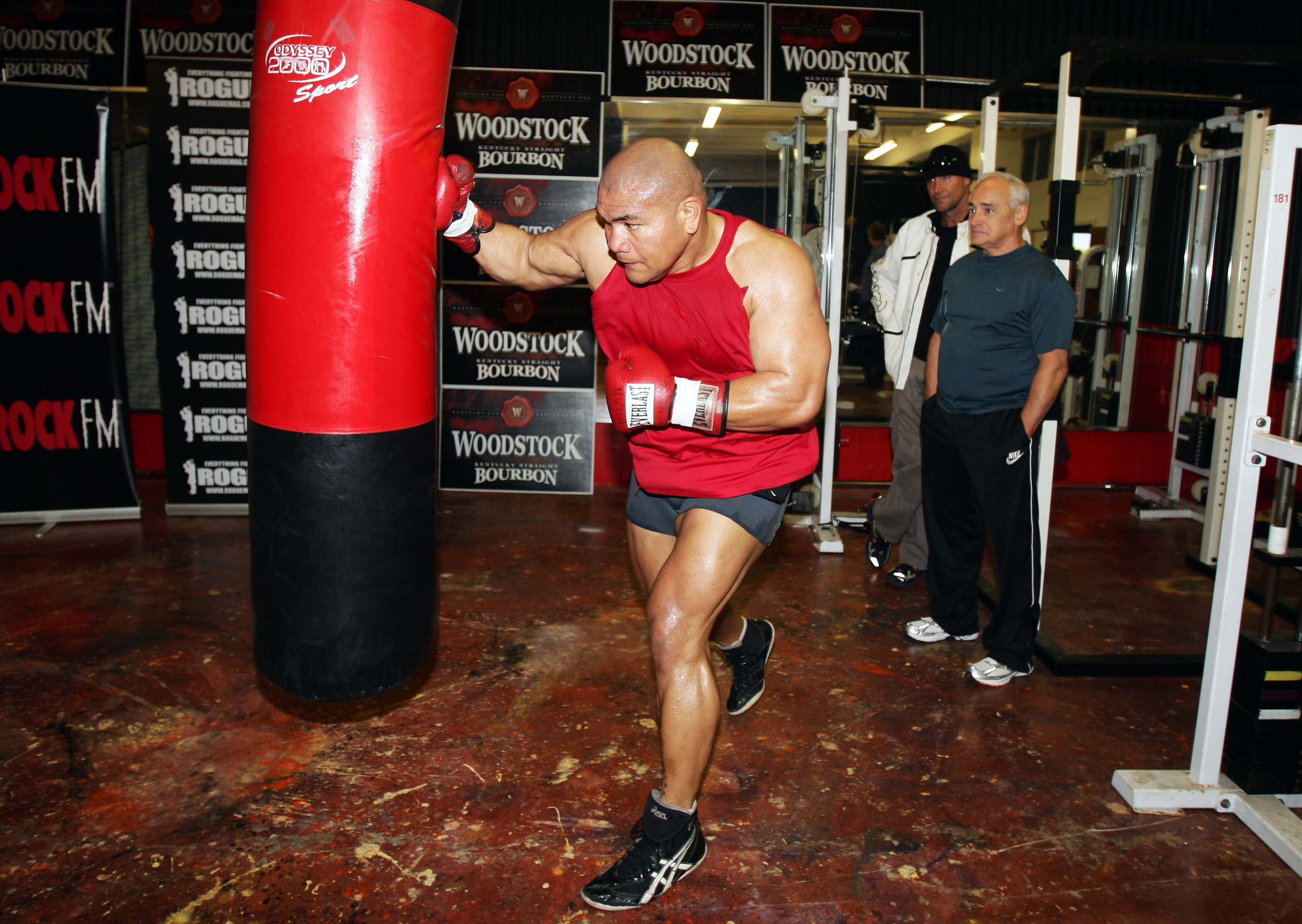 Ready to Rumble Boxing: Round 2 is stupid and fun. Until Punch-Out for the Wii, this was as close as any game had come to matching the fun and enjoyment found in Mike Tyson’s Punch-Out. The characters were larger than life, the action was fast-paced, and the graphics perfectly fit the presentation. There were numerous fighting styles to play with, tons of hidden characters including Michael Jackson, and a lot of replay value. Facebreakers and the subsequent Ready to Rumble sequels all failed to capture of the fun of Ready to Rumble Boxing: Round 2. 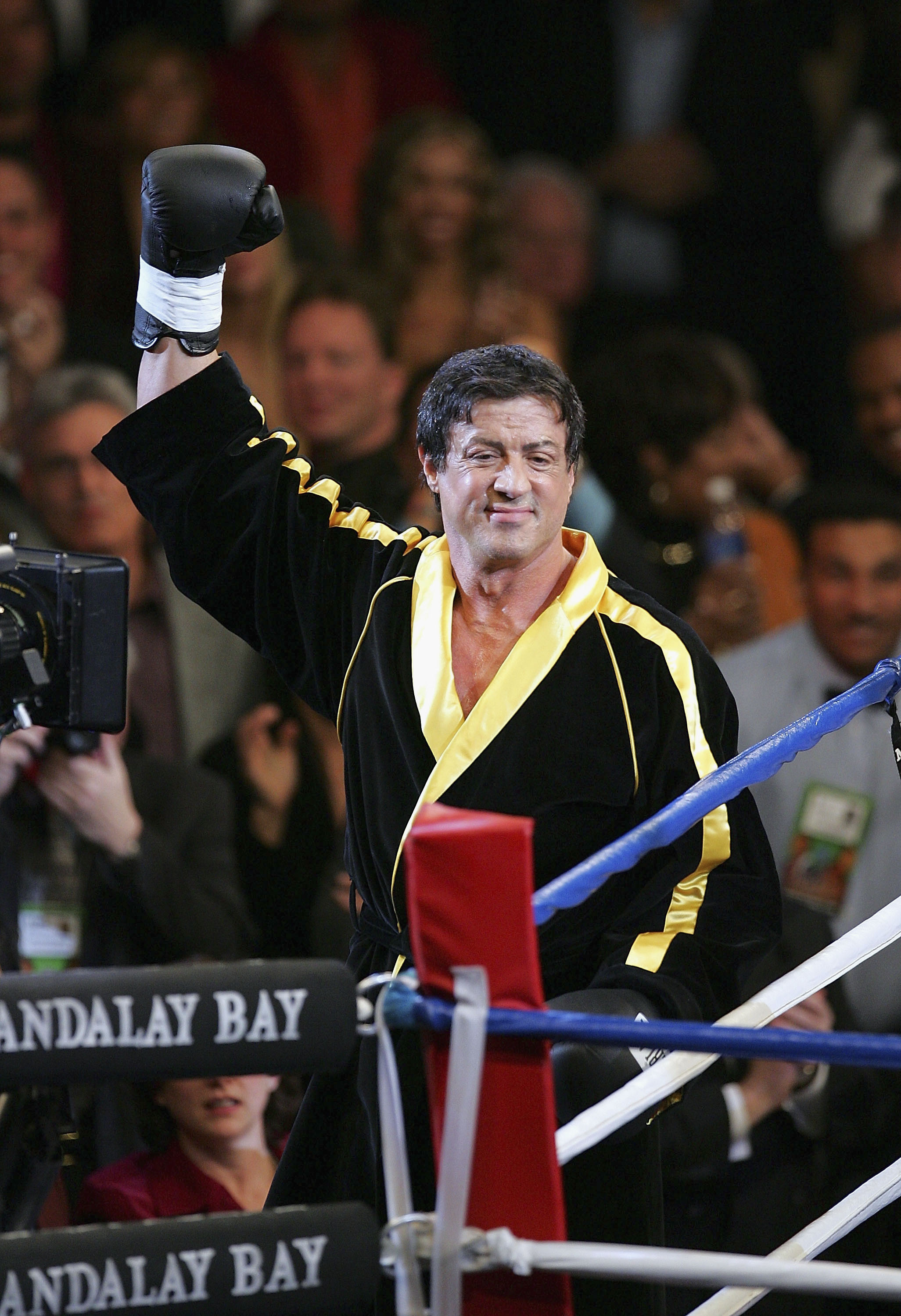 Rocky is perhaps the most important and most famous fictional boxer in history. Whether you watch the Rocky movies for their drama (the first one) or watch to laugh at them for their acting and story (every one after the first one), everyone has seen them. The game play was a step back from what Fight Night was offering, but the presentation was perfect. Playing through each of the movies was a wonderful guilty pleasure for boxing fans. 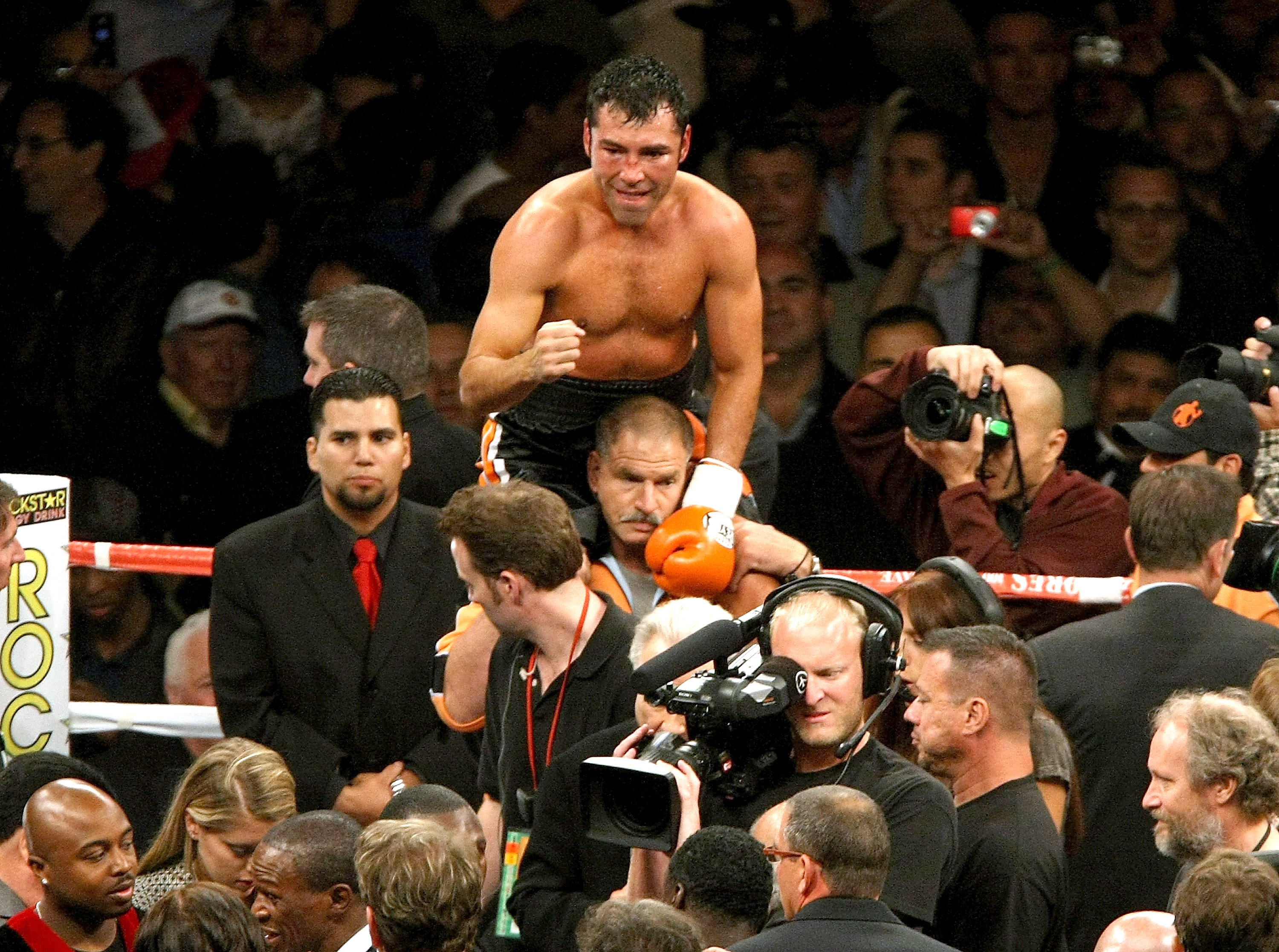 Knockout Kings has a lot wrong with it. The controls do not hold up, the graphics are a special kind of PlayStation ugly, and the features list is somewhat bare. However, this was the first game to really include an extensive list of new and legendary boxers. This was the first time that fantasy matchups such as Muhammad Ali vs. Evander Holyfield could be played as well as, at that time, future fights such as Lennox Lewis vs. David Tua. One thing that this game has over future titles is the inclusion of much older champions, such as Jack Dempsey. 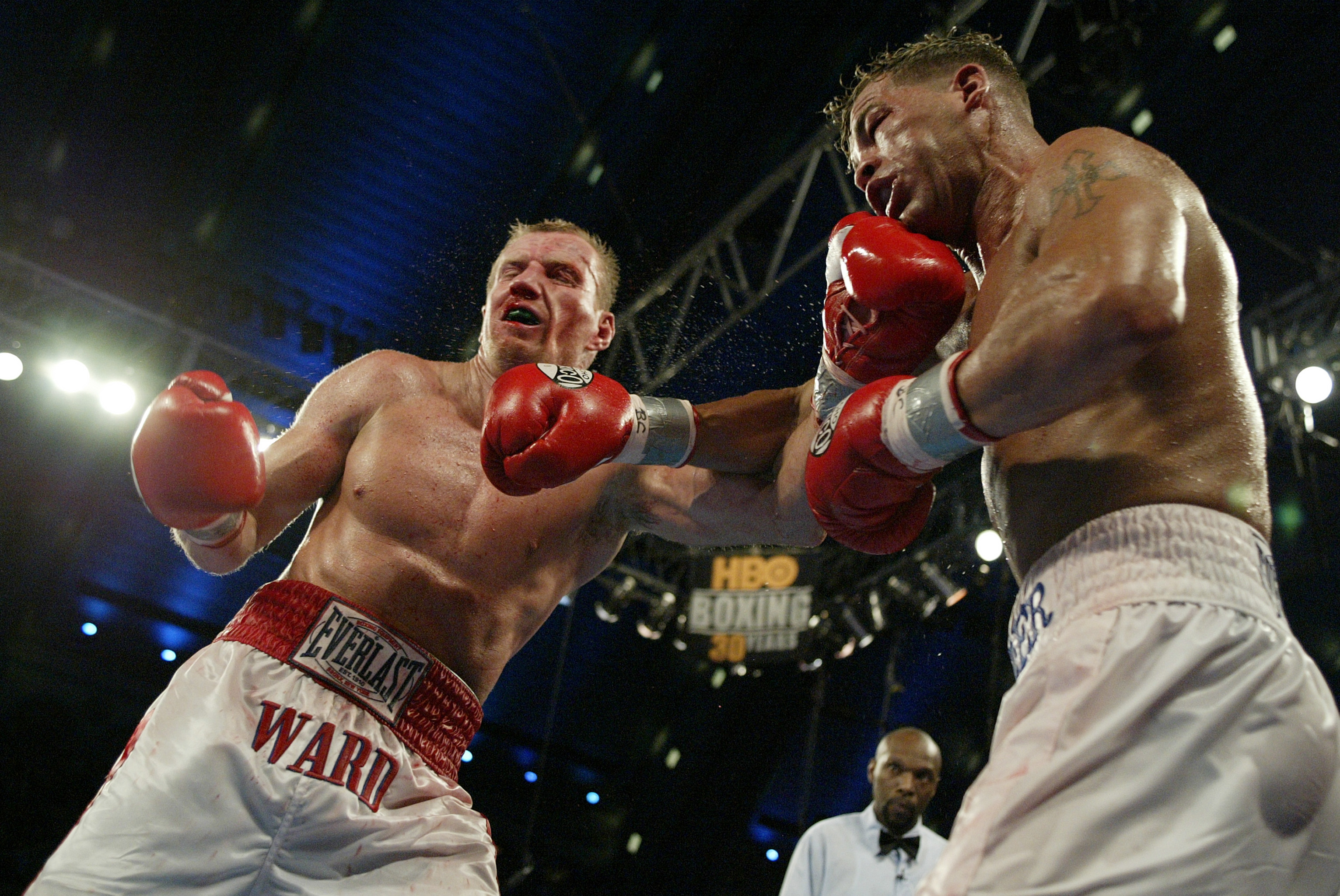 This list may include too many games from the EA boxing series but with constant tweaks and consistent quality multiple sequels to make the list.  Fight Night Round 3 stands out for further fine tuning the game play of the original Fight Night while adding graphics that were a vast improvement over anything that had come before.  The original Fight Night marks a watershed moment in boxing games. It took portions of the superior game play of the Victorious Boxers series, improved upon it, added realism, and added a large selection of real boxers. This game represents the pinnacle of the series, before it would undergo significant changes in Round 4. 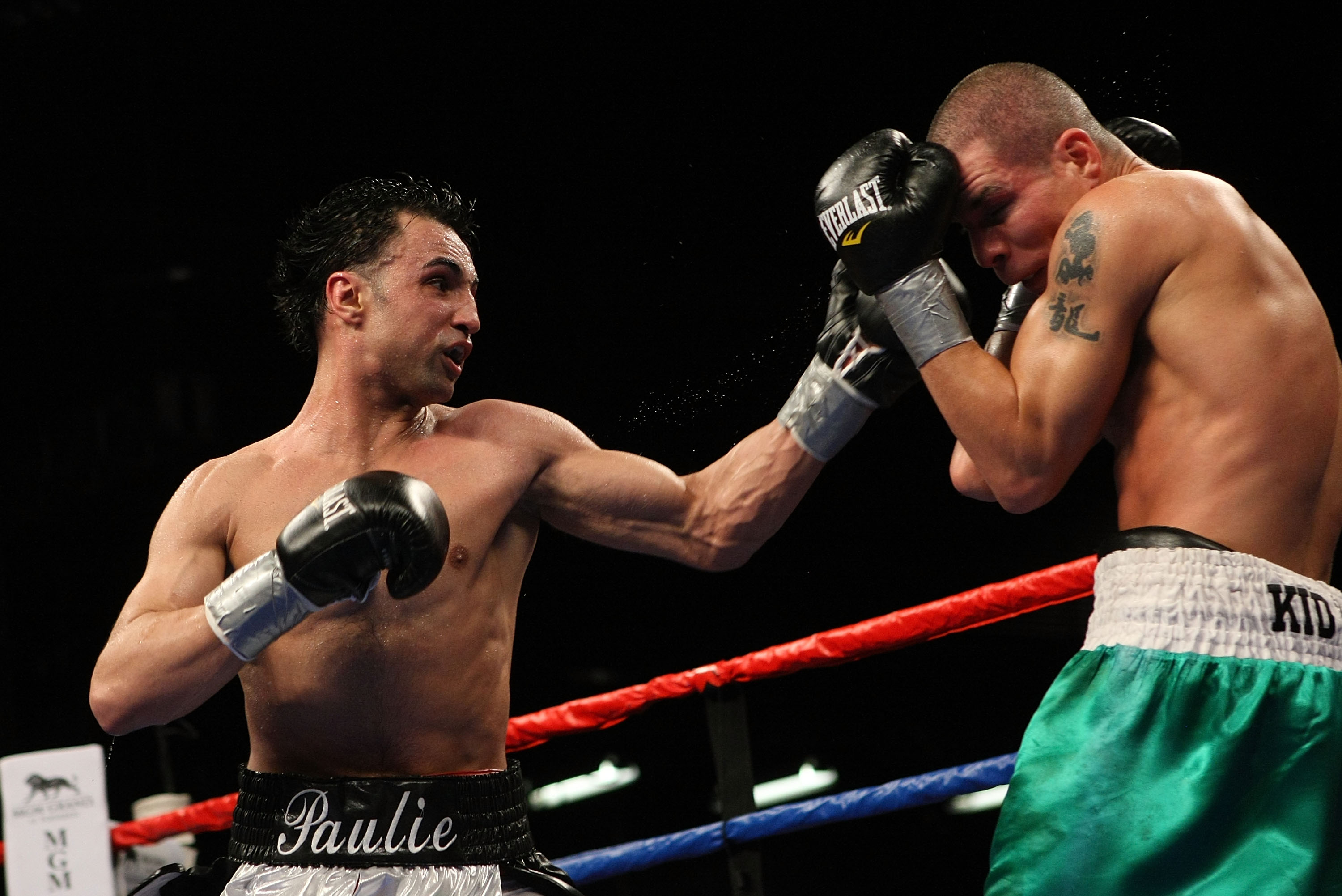 Punch-Out!! on the Wii is exactly what one would want in the remake of a classic. It bridges the gap between modern technology and classic game play perfectly. In one word, this game is fun. There are numerous modes and the large number of personalities in the game makes for a lasting experience.  The only thing that this game does not have is the feeling of being completely original like the first one was. 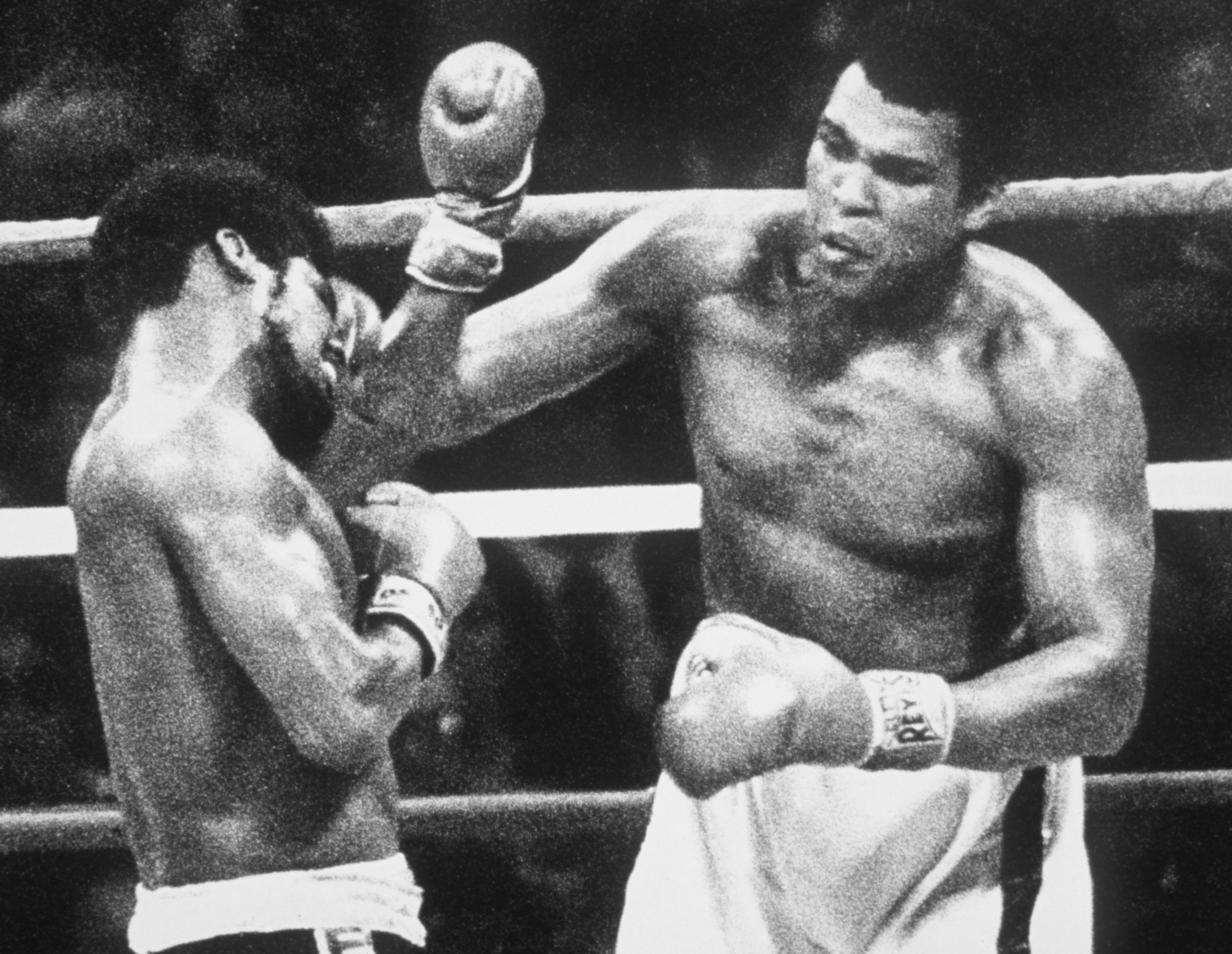 With time, Fight Night Round 4 will most likely be replaced on this list by Fight Night Champions, which seems the overall better game. That being said, Round 4 is, to date, the most realistic feeling boxing game on the market. The graphics are gorgeous, the controls are fluid, and the boxer selection is pretty decent. Further, this is the first Fight Night game to really start to make each boxer feel like they should tactically. Strengths such as Lennox Lewis’ reach, George Foreman’s clubbing jab, or the short quick combos of Mike Tyson are all relevant to game play. This game also marked the first time that the sudden drama of boxing felt truly represented in that a stunned fighter pinned against the ropes could still win by knockout with a well-timed counter. 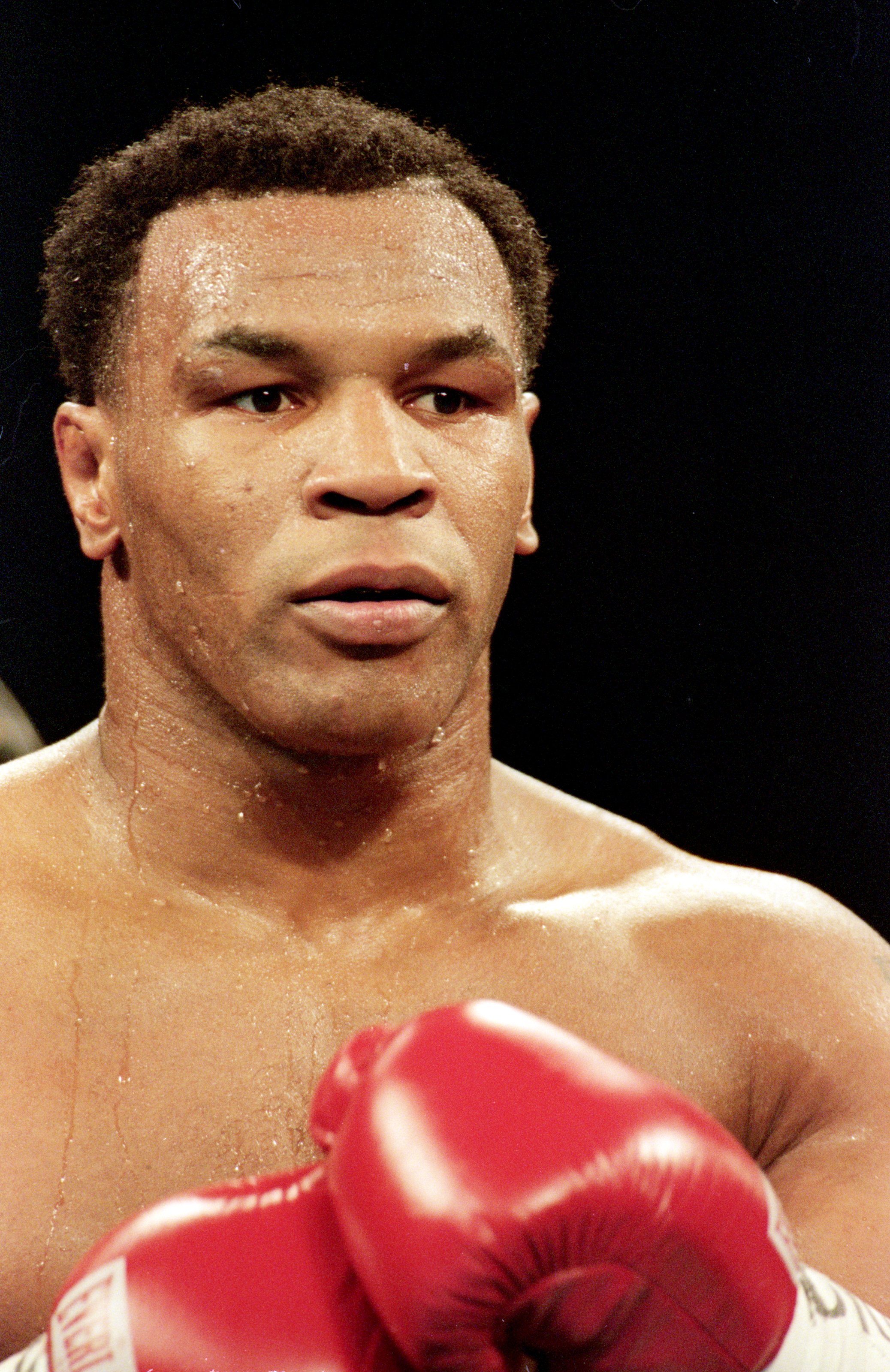 Could there be any other choice for number one than Mike Tyson’s Punch-Out? It is not realistic, it is old, but it is fun in a way few games are. This game holds the distinction of being one of the few games that are decades old and are still fun today. The formula is addictive, the characters are memorable, and the controls are crisp. The simple graphics are dated but are clear and pack personality. Punch-Out!! is the first iconic boxing videogame. 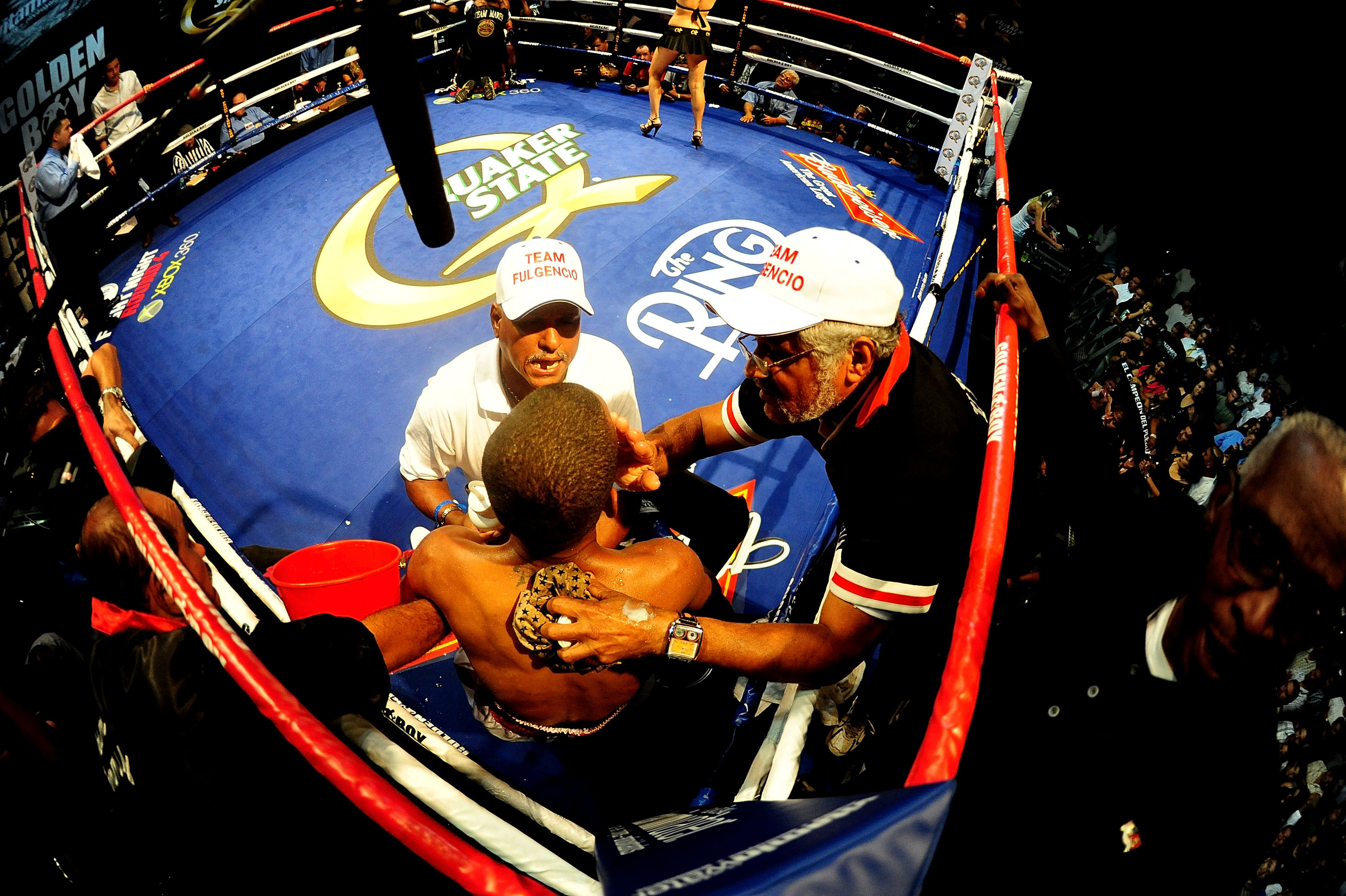 The following games offered something noteworthy but for one reason or another did not make the cut.

Ring King (NES): One of the first games that allowed you to truly move around the ring and feel as though you were actually boxing. Plus, it had one of the most awkward corner man animations ever. http://www.youtube.com/watch?v=0kot6JND1uQ

Caesar’s World of Boxing (CD-i): A little known game for the CD-i. This one had a number of features that I wish would come back as to what happened in between fights. You would have to decide how to respond to groupies, managers, trainers, etc., who would make offers during small vignettes between fights. The only problem with this game was the actual boxing, which is pretty stiff, hard to control, and dull. The game play mimicked much of Evander Holyfield’s Real Deal Boxing but seemed to get it wrong thanks in large part to the nearly unusable CD-i controller.

HBO Boxing (PlayStation): This game is notable for two reasons. The first is that it was one of the earliest games to really try something unique by allowing more control over the boxer's punches. The second is that it is the first game to allow players to fight as Roy Jones, Jr., which was a much hyped feature. It fails to make the list because from graphics to fighter selection, the game was a catastrophe.