No ACL in either knee.

Too undersized to play center in the NBA.

Grew up in a community that watched asbestos-laden plaster shut down his high school. A community that is losing people, jobs and historical landmarks.

Saying that starting center for the 45-9 San Antonio Spurs, DeJuan Blair, has traveled a tough road to this point of his career is a colossal understatement.

How has the 6' 7" NBA starting center continued to triumph against the odds?

Well, let us start by understanding Blair's career from the beginning.  Raised by parents both playing basketball in their younger years, Blair was influenced from a young age.  Blair grew up in Pittsburgh's Hill District, 600 yards (550 m) from the University of Pittsburgh campus, where he eventually attended college.

Blair played as a four-year starter at Schleney High School, ending his career with a record 57-0 within the Pittsburgh City League.  However, during his four years in high school, Blair had undergone two surgeries on his anterior cruciate ligament (ACL).  During his surgeries, Blair's doctors did not purposely remove both his ACLs, but were unsuccessful at repairing the damaged ligaments and therefore might have caused the disappearance of the ACLs in their entirety.

Yes you read right, he lost ACLs in both knees.  However, since the loss was one of a progression, Blair's muscles and other ligaments have adapted slowly to the added strain.  As a matter of fact, Blair himself did not even know he did not have any ACLs.

Although Blair led the country in rebounding at the University of Pittsburgh and was the Big East Co-Player of the Year and the only Pitt player in the last 50 years to make first-team All-American, the knowledge of Blair's lack of ACLs in both knees dropped his NBA draft position to the second round, 37th pick.  Many NBA scouts and coaches considered this one of the best steals of the draft.  Blair, on the other hand, was not happy.

"I play hard," Blair said. "I know that there are players way taller than me. I am one of the smallest centres in the league. But at the same time I think that I have one of the biggest hearts in the league. I am just going to keep playing hard."

"All the teams that didn't pick me, I'm with the Spurs now," Blair said. "I'm going to make them regret it."

And boy has he made teams regret it.

In 2009, Blair made his NBA debut in game one against the New Orleans Hornets; he finished with 14 points and 11 rebounds ranking second in ESPN's "Top 50" Rookie Ranking.

On January 13, 2010, Blair became the first rookie in Spurs history to record a 20–20 (at least 20 of any two statistical categories) since Spurs great Tim Duncan when he finished with 28 points and 21 rebounds (10 offensive rebounds) in a 109–108 overtime win against the Oklahoma City Thunder.

Yes, Blair had a great Rookie Season, but he also has been asked to do much more. In, the NBA business, the question is always "What have you done for me lately."  Per 36 minutes this season, Blair has averaged 14.7 points and 12.4 rebounds so far.  This has been enough to be invited to the Sophomore/Rookie Challenge at this year's NBA All-Star weekend.

But what's truly amazing about Blair, besides his basketball career, and why I personally am a fan (my second favorite player on the Spurs second to Manu Ginobili) is how he has not only overcome obstacles on the court, but his heroics and heart he shows off of the court.

The Hill district where Blair grew up and that provided Blair a childhood, a hoop and a dream, has been through tough times as of late.

"As far as tough neighborhoods go, it's the toughest in Pittsburgh," says University of Pittsburgh basketball coach Jamie Dixon.

"He'd go out and speak to a high school on his own," says Pittsburgh media relations director Greg Hotchkiss. "He'd go out and do community service on his own. You'll see DeJuan reaching out to the San Antonio community and you'll love him there. He's a unique individual. We really enjoyed him here."

While some professional athletes might have moved on from the past, Blair has brought the past with him.  He has gone back to his neighborhood multiple times visiting schools, hanging out at the rec center and giving motivational speeches.

If there is such a thing as the "complete package," Blair could be just that.  An inspiring package that fulfills the needs of the current first place Spurs, while at the same time a package that helps lifts the spirits of a strong-willed community in that of the Hill District. 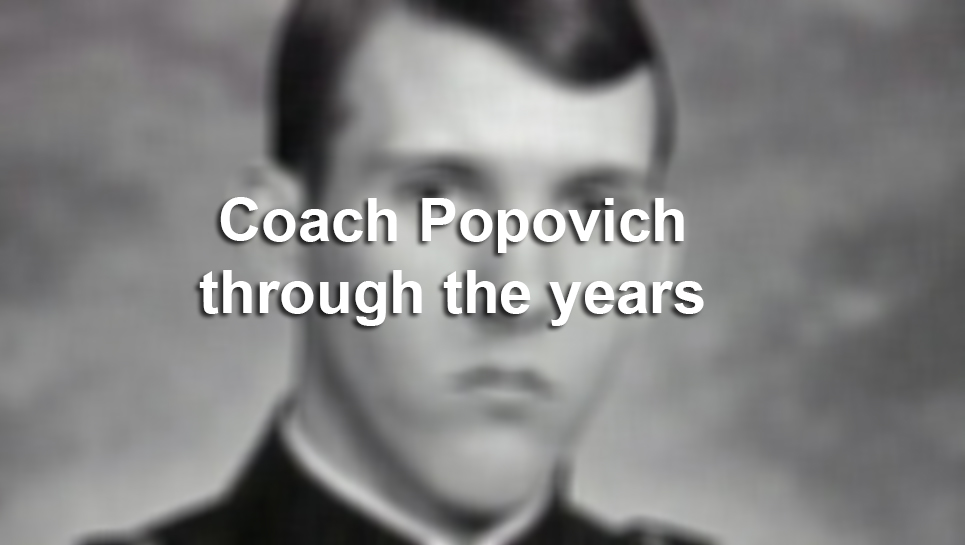