Carmelo Anthony to the Lakers Trade Rumors: 10 Reasons It Will Never Happen 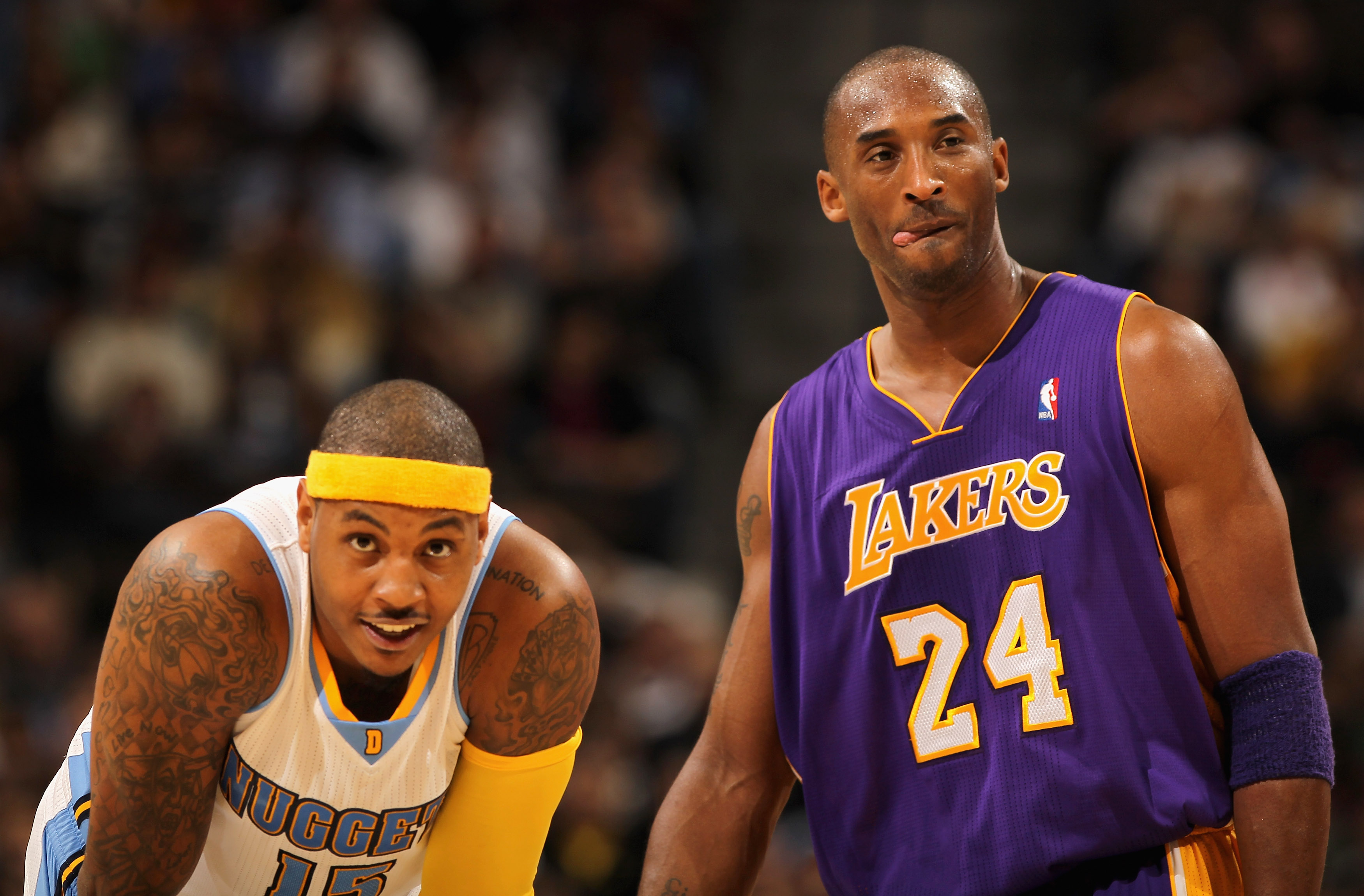 What would have been a scenario that could only be dreamed up in Hollywood, Carmelo Anthony doesn't appear to be headed to the Los Angeles Lakers any longer.

When reports first emerged that Carmelo Anthony would be traded to the Los Angeles Lakers, fans of the Lakers hit the internet to get the latest buzz on the west coast version of a "Super Team" that would feature Carmelo Anthony, Pau Gasol, and Kobe Bryant.

The LA Times is now reporting that the trade is unlikely to occur as other teams will continue to pursue the Carmelo Anthony trade.

From the beginning, this trade had its problems, here are ten reasons why it won't happen: 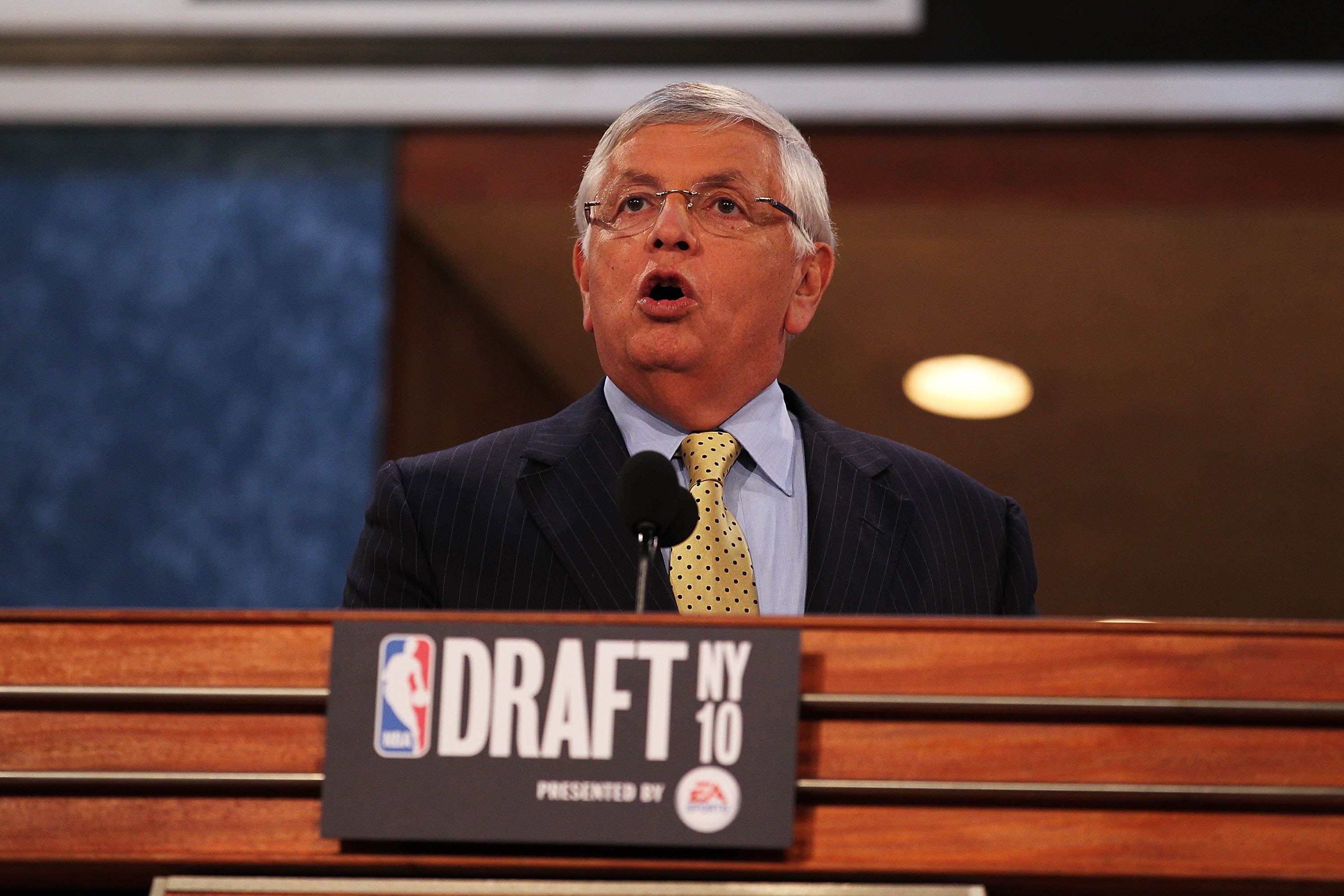 Denver does not want the Lakers' first-round pick; it is not going to be in the top 20 and essentially provides hit-or-miss value.

If Denver is going to trade Carmelo Anthony it needs to accept that it will not be a competitor in the West this season and rebuild the team.

That rebuilding starts with draft picks and the Nuggets are going to want something higher than the last pick in the first round. 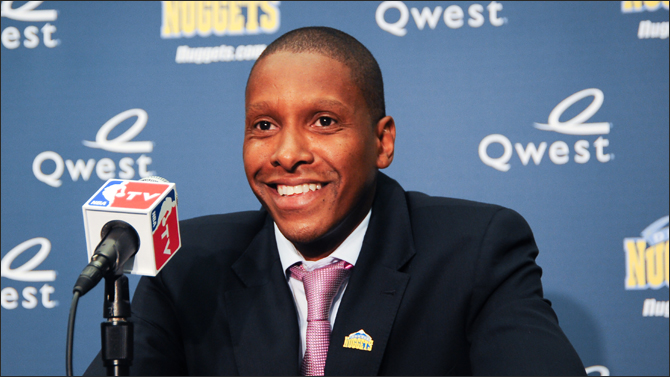 Who? Well if anyone was trying to figure out who this is, it is the Nuggets general manager.

Ujiri was an executive with the Raptors previously, the same Toronto Raptors team that didn't trade Chris Bosh last season.

Now, this isn't saying that Ujiri is going to treat Carmelo like he did Chris Bosh, but anything is possible in the NBA. 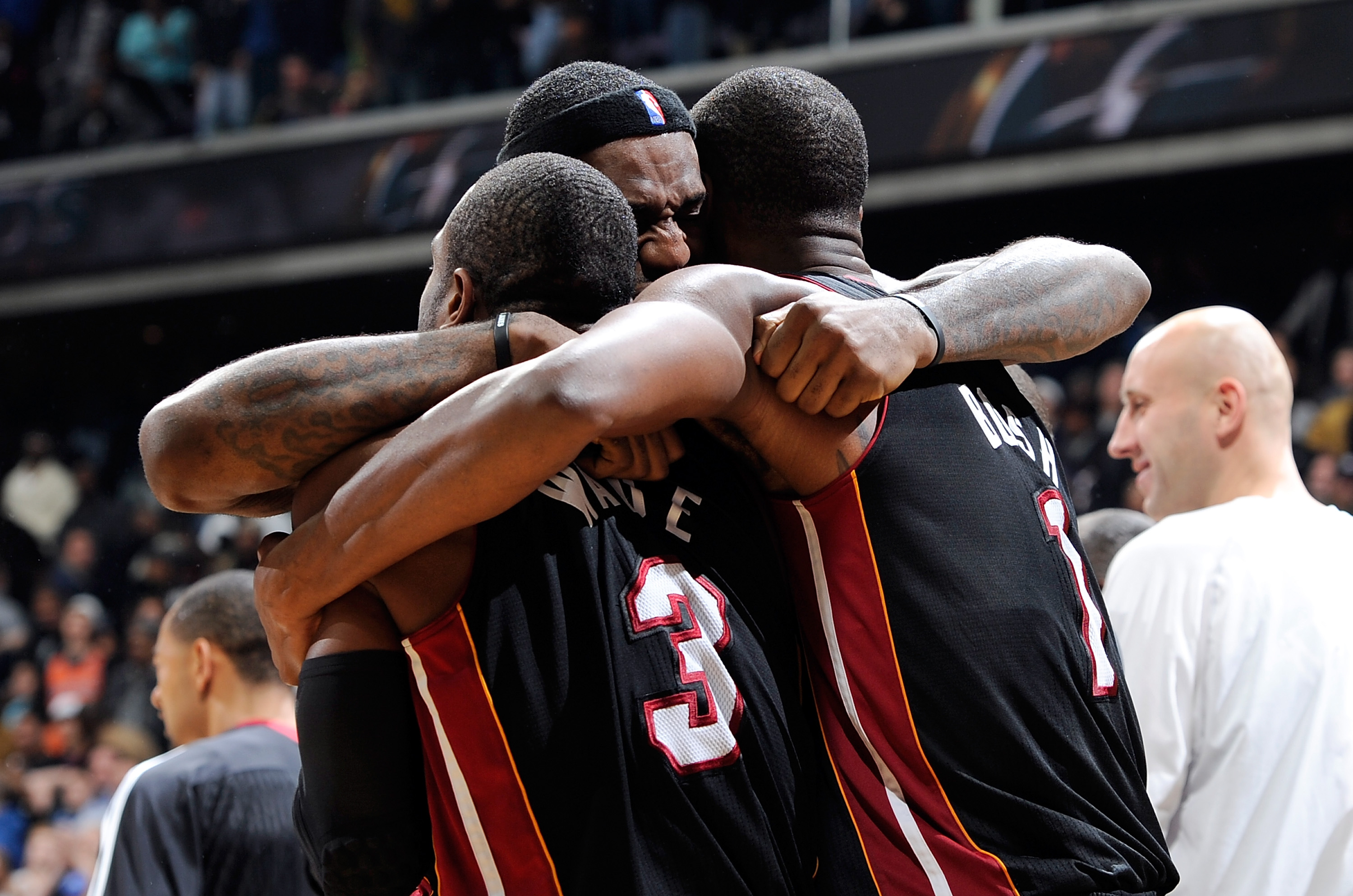 The Lakers are going to need to make this a three-way trade to make it successful.  They need to add a higher first-round pick or a young talent for the Nuggets to get them to consider trading Carmelo Anthony to the Lakers.

Not many teams are going to help create the second "Super Team" in the NBA.

The Lakers are the ones pursuing this trade but they may second-guess themselves and back out of the deal.

The Lakers have won back-to-back championships with the team they have now, why change what is working?

The Lakers haven't played their best basketball yet this season and Kobe Bryant has been up and down, but no one doubts him in clutch time. 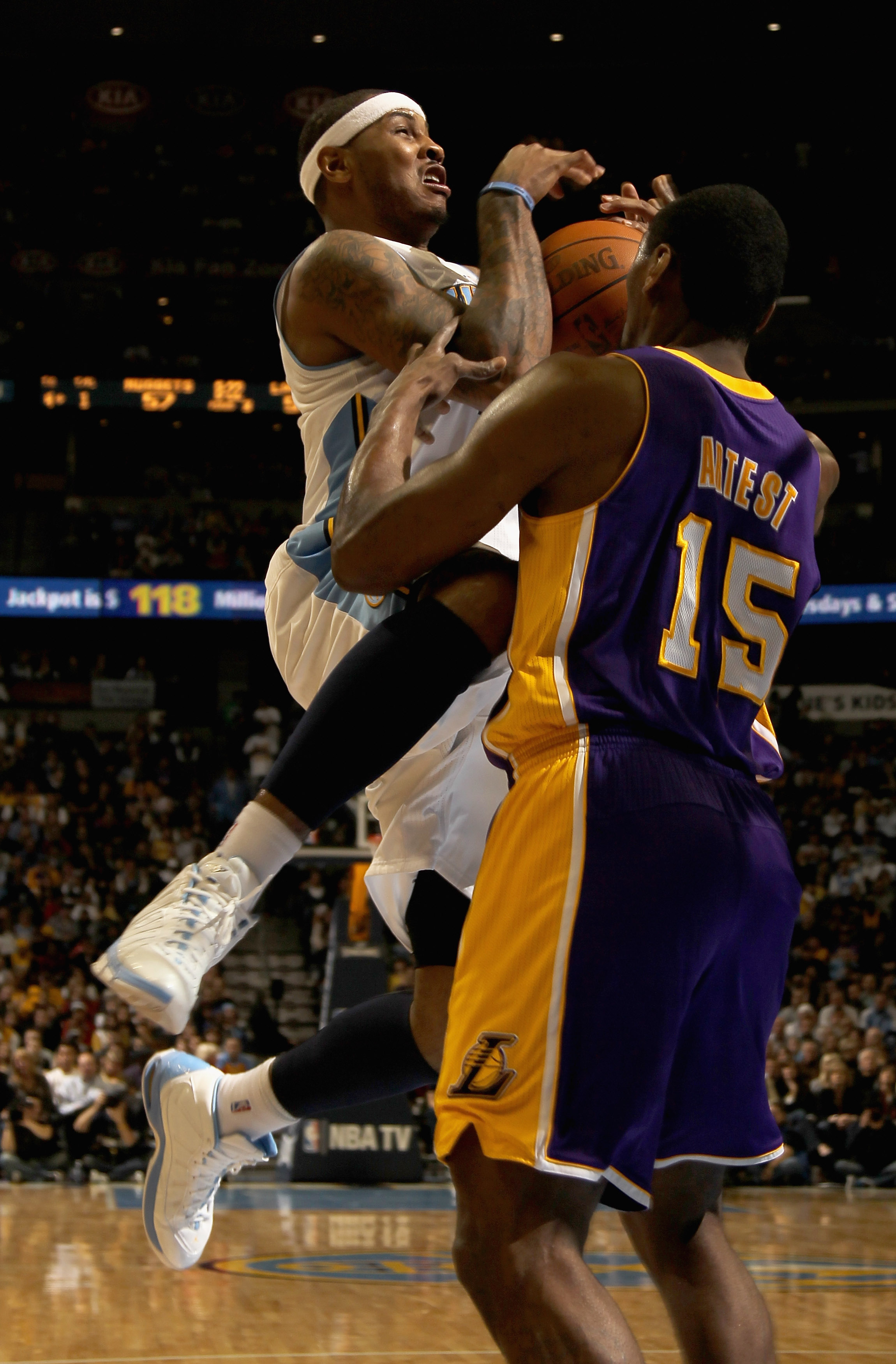 In layman's terms, Ron Artest is a knucklehead. This is the guy that ran into the crowd and started punching fans, remember?  Artest has been a lot calmer in Los Angeles, but he also has Kobe Bryant on his team, and if you get out of line, Kobe is going to stand up and let you know.  Denver does not have a Kobe Bryant to do that.

Not only is he immature for a 31-year-old man, he is 31 and on the downswing of his career.  Ron Artest is averaging a woeful 8.2 points per game and only three rebounds per game.

While he does provide value on the defensive side of the ball, his defensive game is not as good as it was five years ago.

5. Lack of a Scoring Threat for Denver 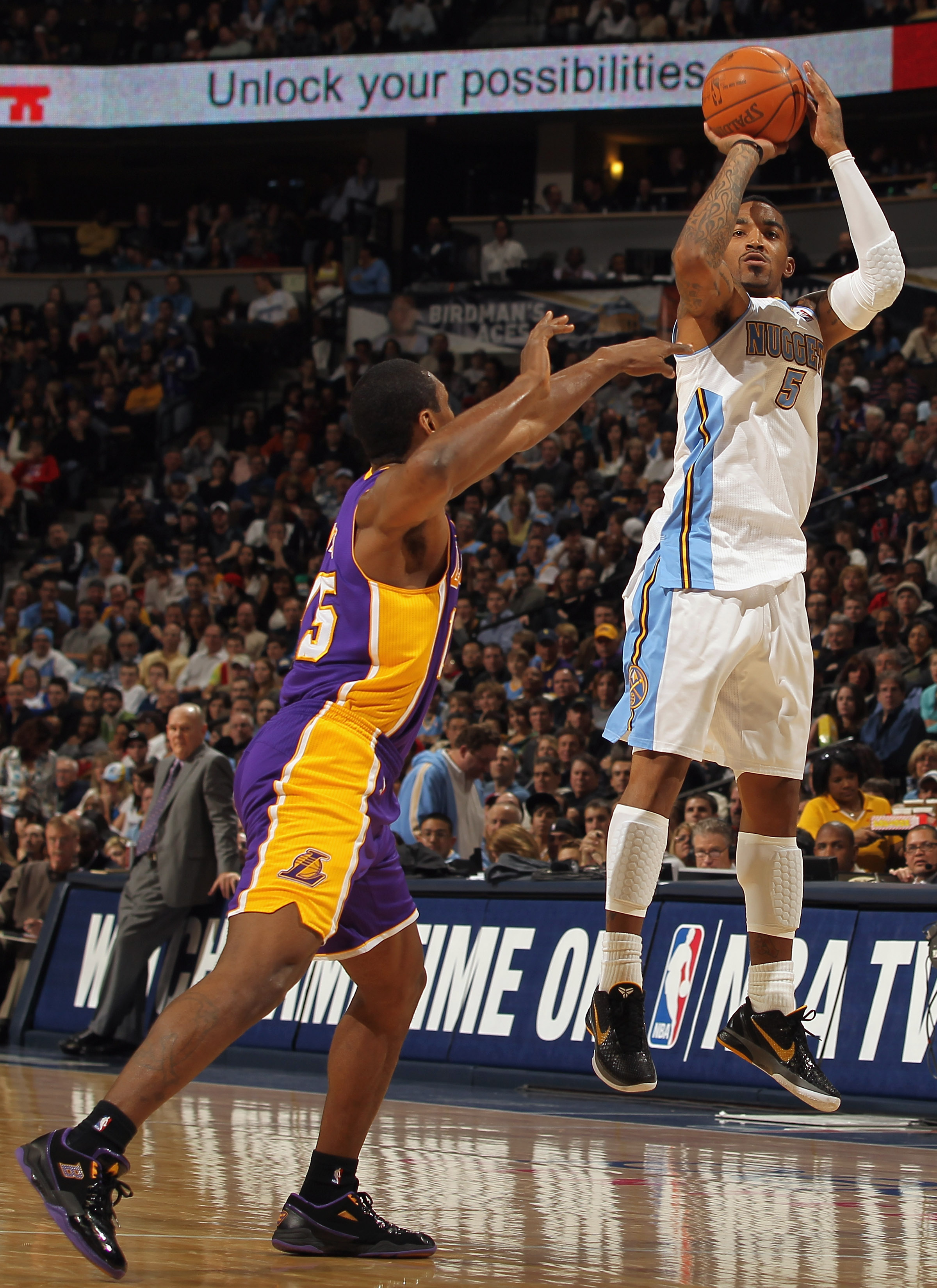 If Denver is to trade Carmelo Anthony to the Lakers it loses its biggest scoring threat and gets no offense in return.  Artest is far from an offensive player at this point in his career, and Andrew Bynum has been very inconsistent for much of his career.

Denver is going to need to get a player that can put the ball in the bucket, as Chauncey Billups and J.R. Smith won't be able to carry the scoring load. 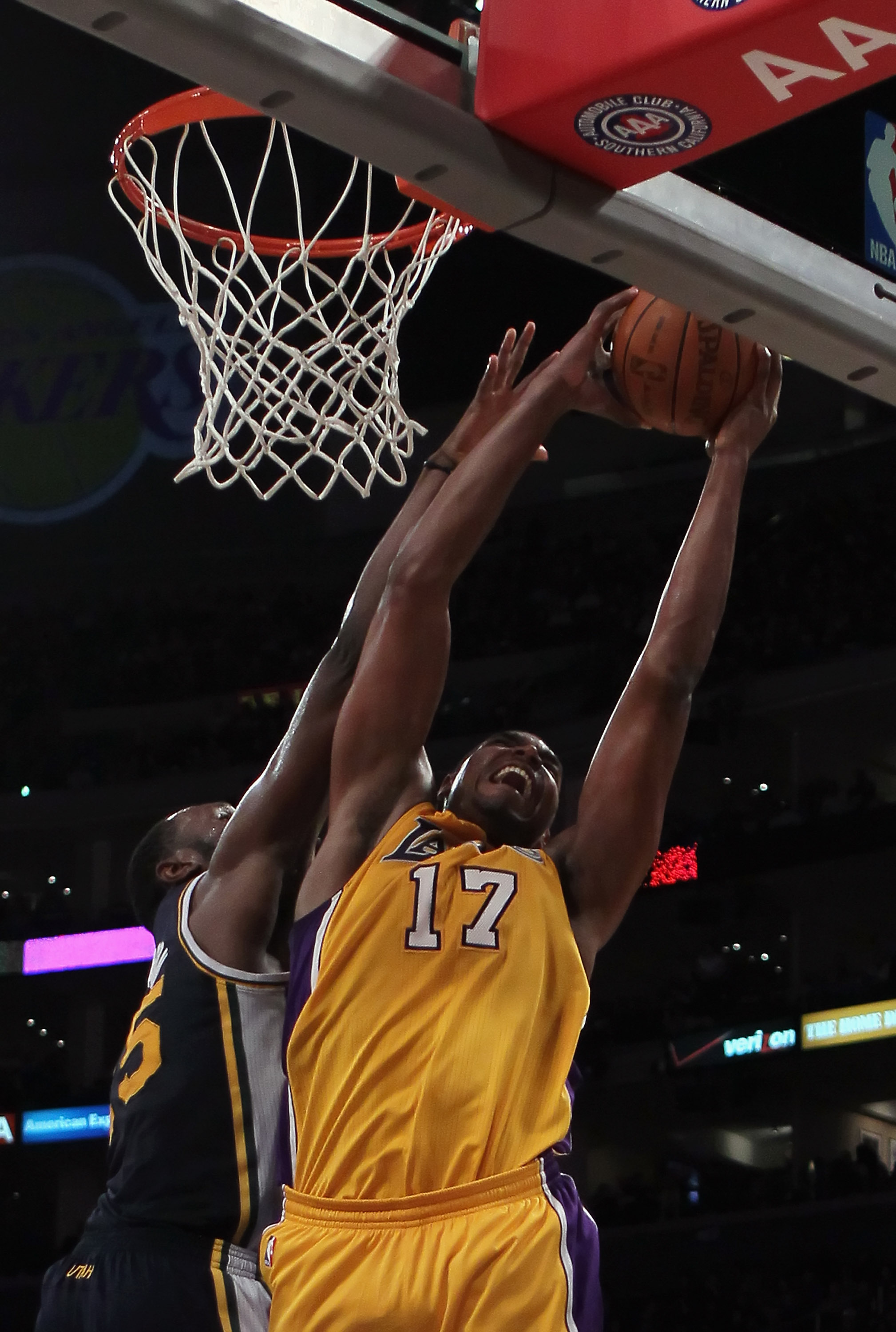 While Andrew Bynum has put up solid numbers over his career, he is not a very explosive player.  For a guy that is 7'0", he is not very physical and averages fewer than seven rebounds per game in his career.

Not only is Bynum a "soft player," he is one of the most injury-prone guys in the league, as it seems that every year he is experiencing some sort of knee pain.

Taking on a 23-year-old player that experiences knee pain on a regular basis is not a good idea for the Nuggets. 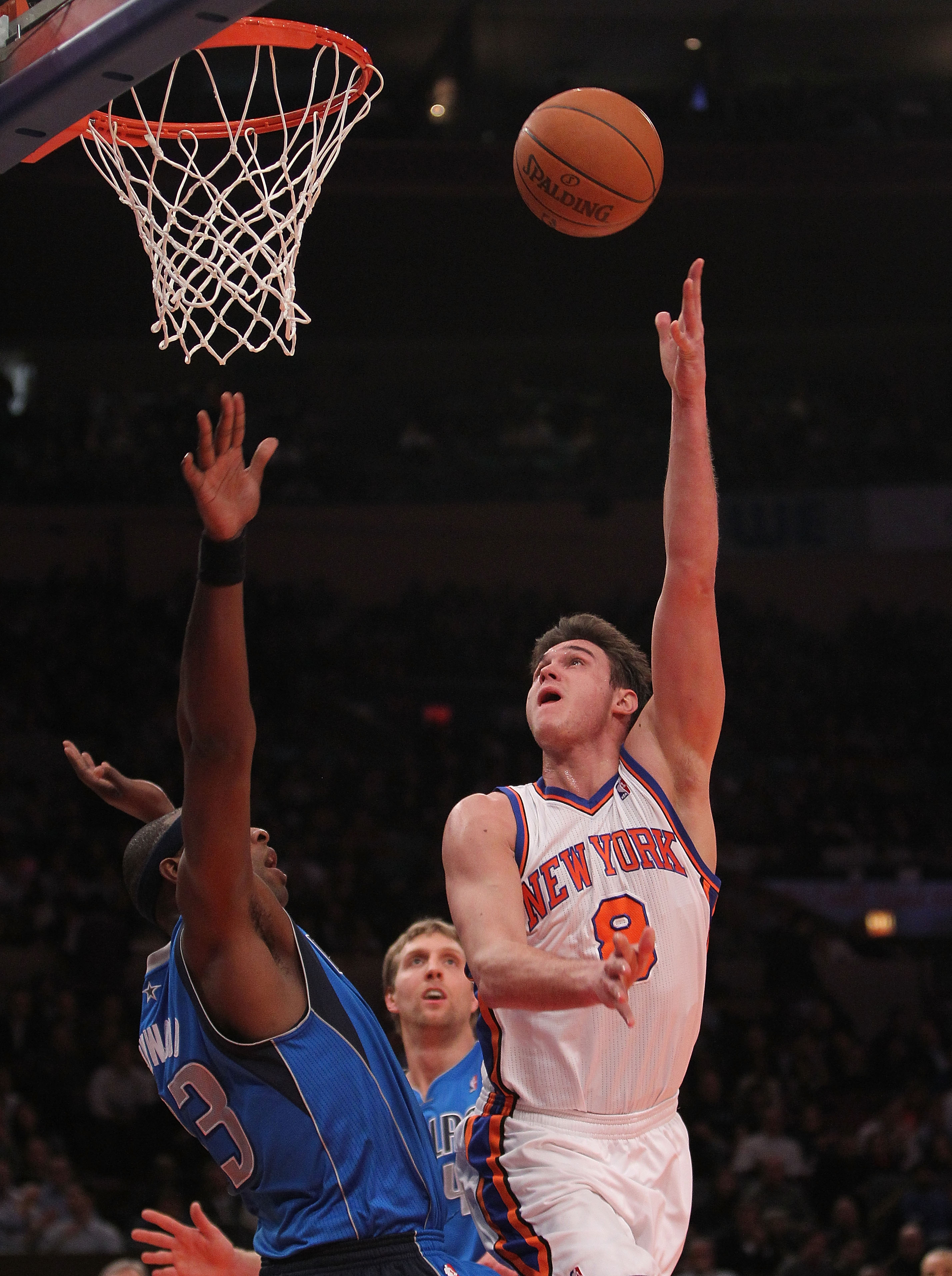 If a team is trading their star player they have to accept that they are entering a rebuilding phase.

Trading for Ron Artest and Andrew Bynum is not a move that a rebuilding team makes.

The Nuggets need to get draft picks that will help them add new, fresh talent to the roster next season and begin building around Ty Lawson, who is likely to be their point guard of the future.

Adding players like Danilo Gallinari from New York or Derrick Favors from the Nets, along with a first round pick, would be better options than what the Lakers are putting forward.

The Knicks might not have all the assets to acquire Carmelo Anthony but they do have some young pieces that the Nuggets could find valuable in a rebuilding process.

The Knicks have often tried to involve a third team in trade offers with the Nuggets to sweeten the deal, and likely will end up offering enough young assets to the Nuggets to land Carmelo Anthony.

Danilo Gallinaro and Anthony Randolph are two pieces that the Nuggets could use, adding in a first round pick or two, and a few other role players would certainly make the deal. 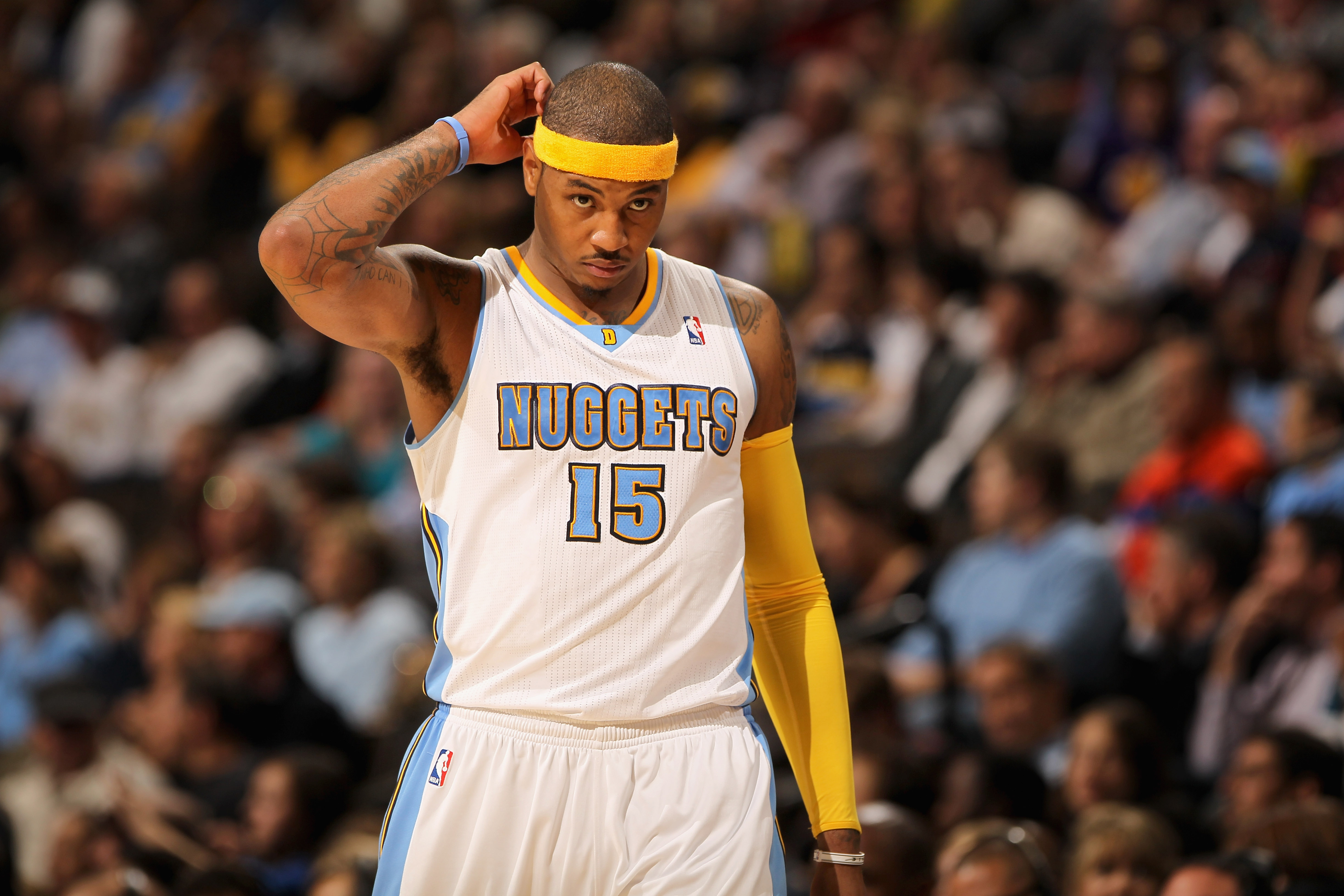 Trading Carmelo Anthony to the Eastern Conference for a higher first round pick and younger players just makes more sense.

Sorry Lakers fans, but Carmelo Anthony will not be wearing a Lakers jersey anytime soon.