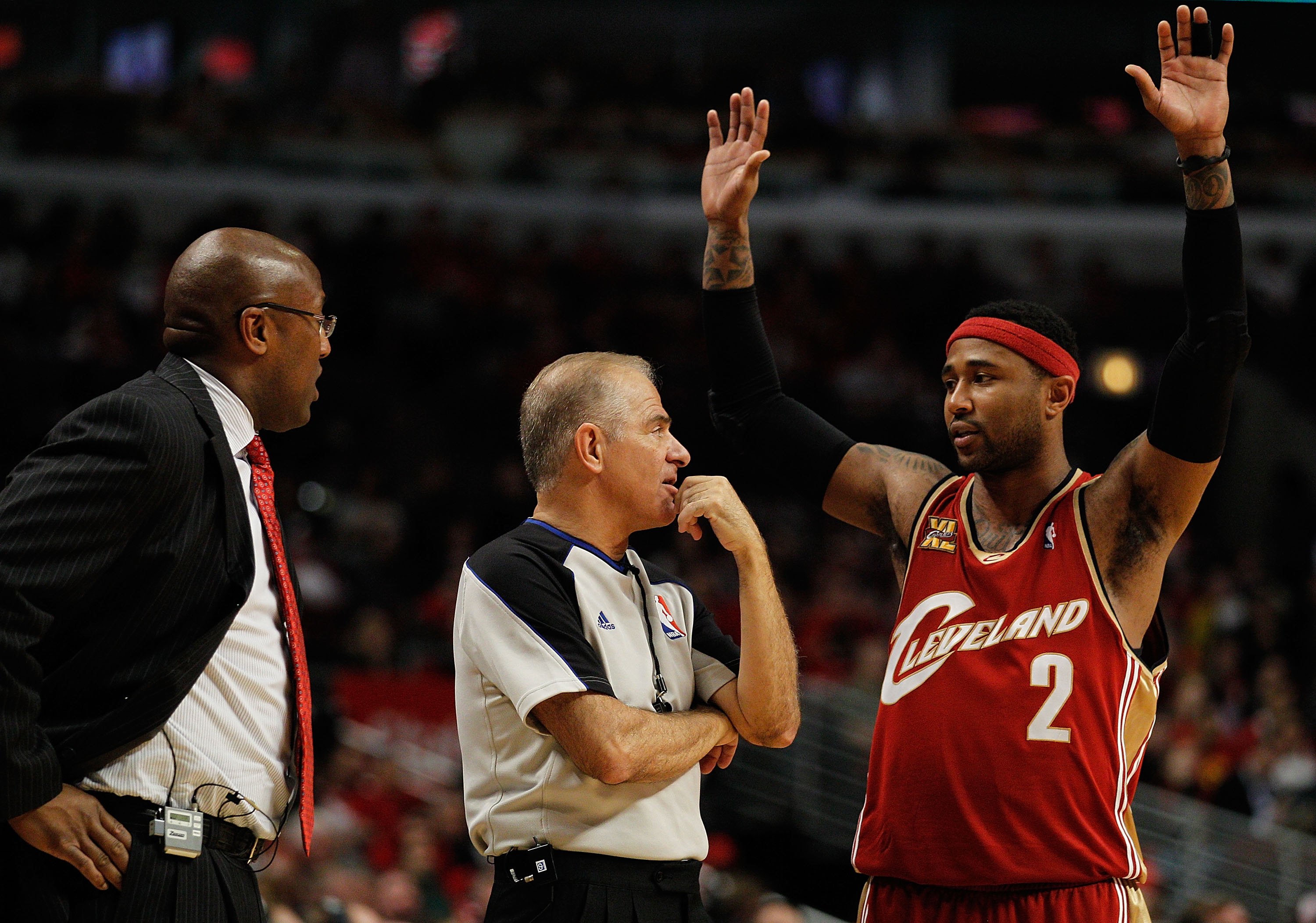 On May 24, 2010, the Cleveland Cavaliers fired head coach Mike Brown.

This move was likely in an attempt to show former Cavalier superstar LeBron James that the team was willing to make changes in order to make him happy.

It was well-known throughout the league that James and Mike Brown didn't see eye-to-eye, and that often led to James disregarding Brown's instructions in time outs and during other important times of a game.

And when your superstar and coach don't see eye-to-eye, normally that means that the coach is the first to go.

So when the Cavaliers gave the franchise's most winning coach his walking papers, it was obvious to the fans and nation that the organization was willing to do whatever it took to keep LeBron James.

A little over a month later, the Cavaliers hired Byron Scott in a move that was supposed to persuade LeBron James to stay here.

Scott was a three-time champion as a player with the Los Angeles Lakers, he had led the New Jersey Nets to two consecutive NBA Finals appearances in his first three years as a head coach and he had the approval of one of LeBron James' best friends: Chris Paul.

Byron Scott had the pedigree, the big name and the championship history that was supposed to propel LeBron James and the Cleveland Cavaliers to the next level in the NBA.

But that plan went up in smoke when James decided to sign with the Miami Heat as a free agent in the offseason.

Since then, the Cleveland Cavaliers have been a team without an identity.

And watching that team play has led me to ask one question: Did the Cleveland Cavaliers make a huge mistake by firing Mike Brown?

5. The Cavaliers Had an Identity Under Mike Brown 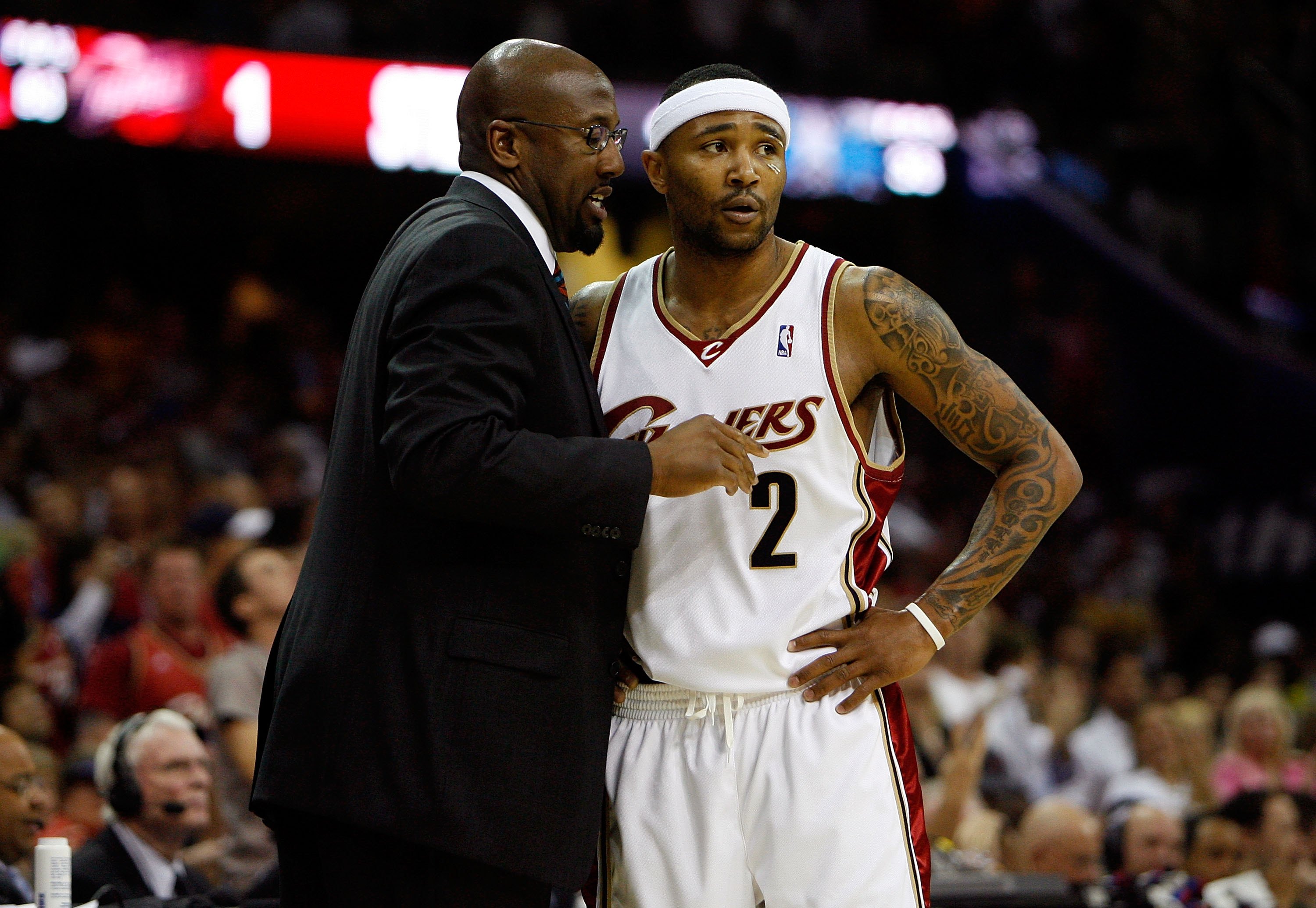 When the Cleveland Cavaliers failed in the playoffs, Mike Brown was generally the first person to blame.

The fans and media couldn't believe that a team with LeBron James as the leader that won back-to-back 60-win seasons could win with Mike Brown as the coach.

They said he was out-coached, couldn't handle the pressure and that LeBron James needed a more successful coach.

Brown may have been out-coached, but at least his teams had something the 2010-2011 Cavaliers do not: an identity.

When any team came to play the Cleveland Cavaliers, they knew they were going to have a tough time scoring, because a Mike Brown-coached team played defense.

If you don't believe me, let's take a look at the statistics:

4. The Cavaliers Were Winners Under Mike Brown 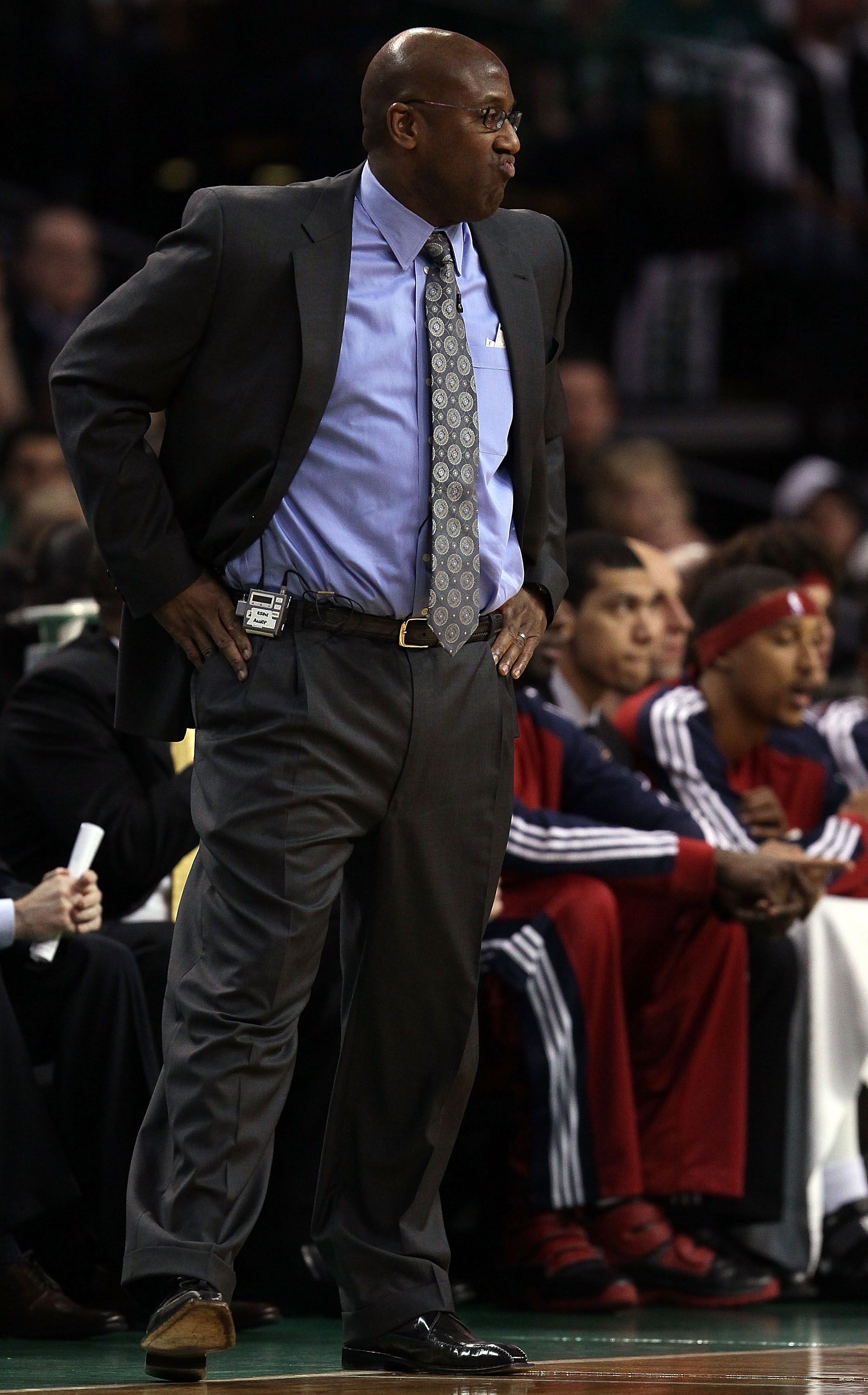 LeBron James or no LeBron James, Mike Brown was a winner as the coach of the Cleveland Cavaliers.

He holds the franchise's best winning percentage at .663.

And he won the third most games in franchise history with 272, which left him behind Bill Fitch's 304 and Lenny Wilkins' 316 wins for best in Cavaliers history.

He was the first coach to win 60 games for Cleveland, and he did it in back-to-back seasons.

In Byron Scott's 10 years as a head coach in the NBA, he has never won more than 56 games in a season, and holds four losing seasons.

That's four more losing seasons than Mike Brown ever experienced as a head coach in the NBA.

3. Mike Brown Was Able to Get More out of Nobody Players 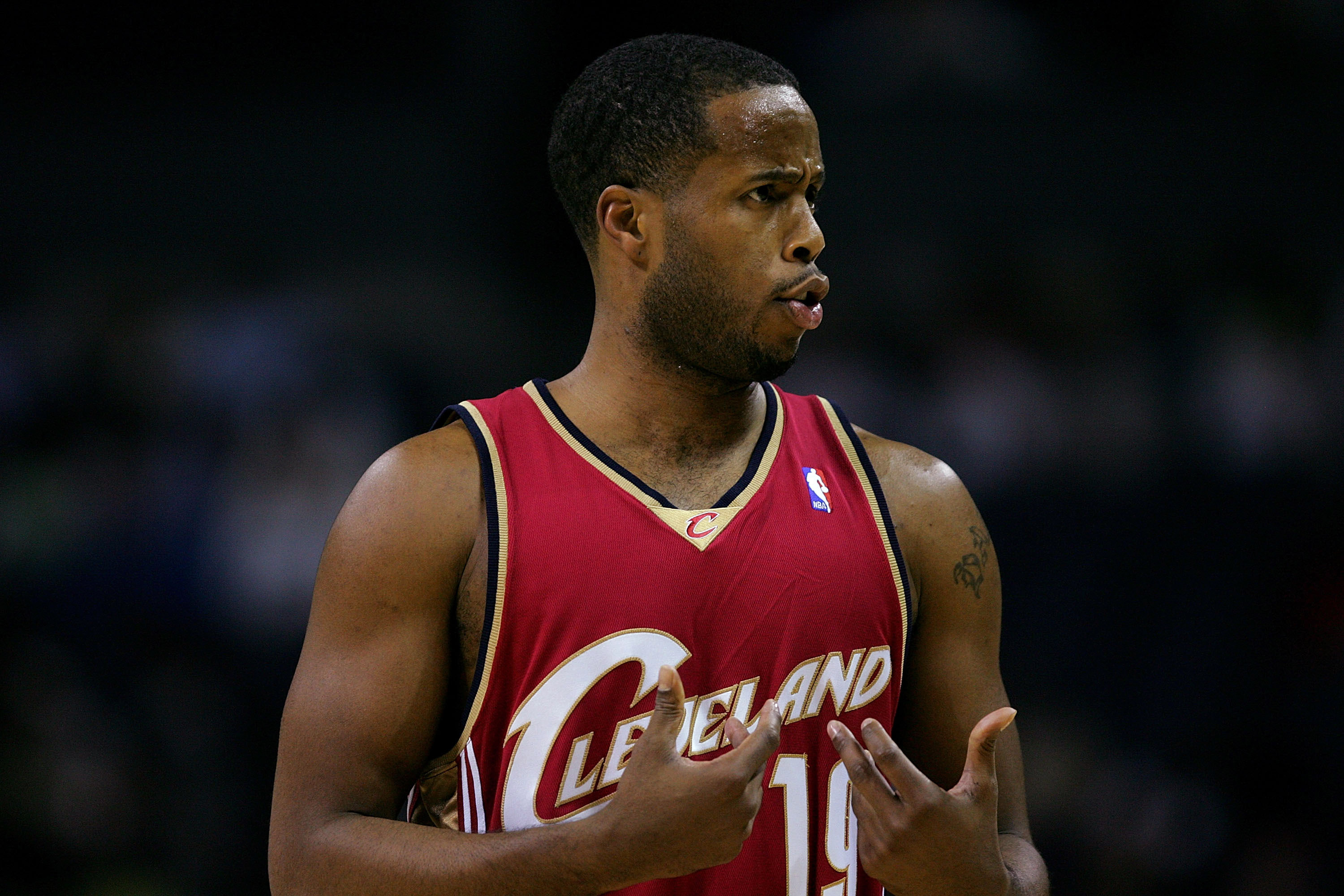 Think really hard for a second.

Now name the starting lineup for the Cleveland Cavaliers in the 2007 NBA Finals against the San Antonio Spurs.

Drawing a blank? Let me help you.

Just three-and-a-half years removed from those finals, you can find Eric Snow as an analyst, Drew Gooden attempting to be a role player on the Milwaukee Bucks, Ilgauskas looking old and slow with the Miami Heat and Larry Hughes not even playing in the NBA.

Other players who were on that roster who you now won't find producing much, if at all, in the NBA are Ira Newble, Scot Pollard, Sasha Pavlovic and Donyell Marshall.

Oh, and who could forget the self-proclaimed greatest shooter in the world? 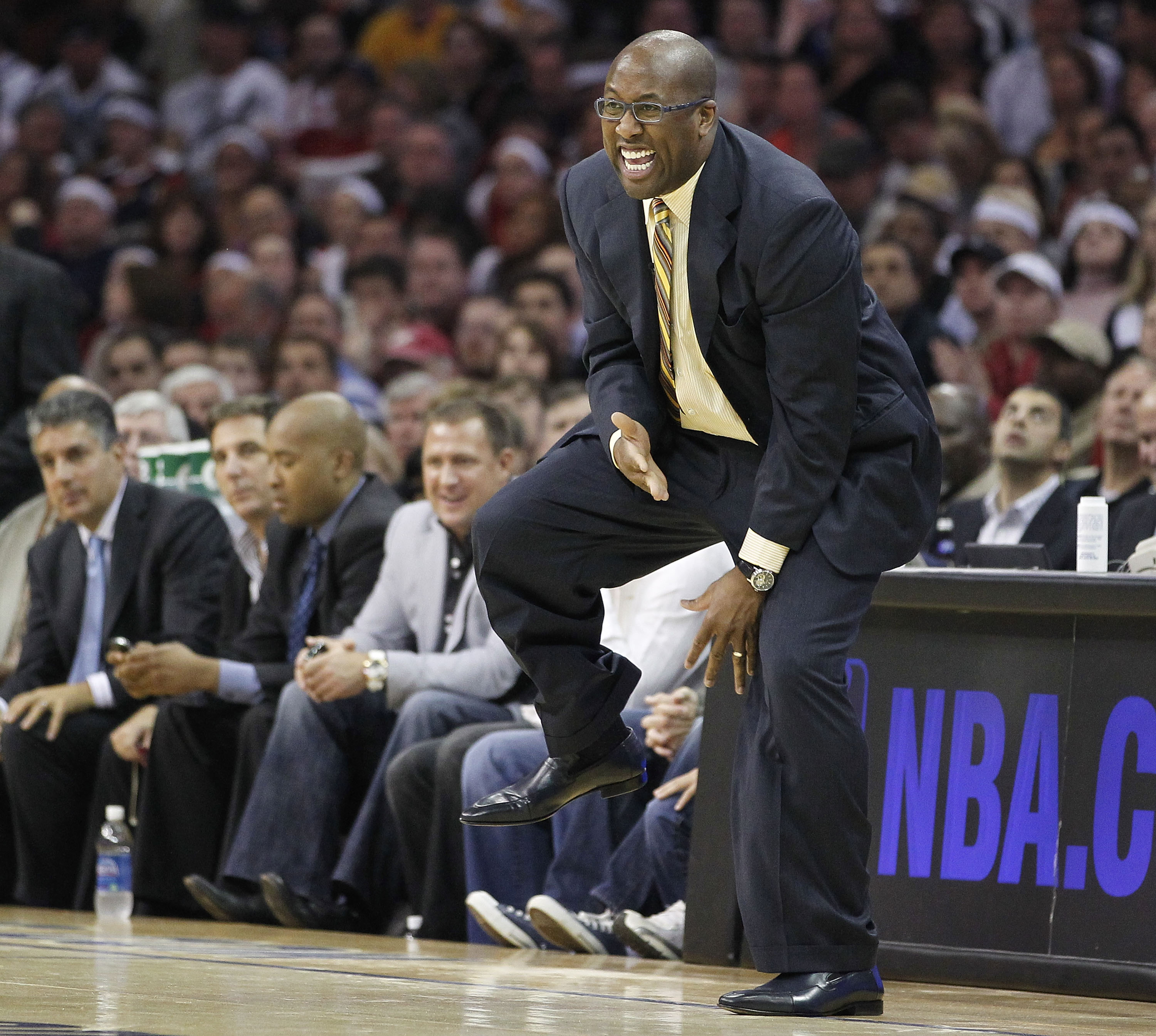 In today's NBA there is often a divide between how a coach should and shouldn't act.

Some coaches, like Phil Jackson, are very outspoken and critical of their players and the league. A week will not go by without Jackson criticizing some aspect of the NBA.

And other coaches, like Mike Brown, were quiet in the media. Brown understood that his job was to coach and cultivate a young and upcoming LeBron James. It was to teach the incredibly offensively talented James how to play defense in the NBA.

And after five seasons as James' head coach, Mike Brown turned him into one of the most feared chase down defenders in the game.

You wouldn't find Brown crying about how much attention LeBron James got, even though he was the one drawing up the plays.

The media continued to call out Mike Brown, and Brown continued to put on his suit and tie and go to work as the coach of the Cleveland Cavaliers.

To this day you will not be able to get Mike Brown to say a negative thing about the Cavaliers organization.

Brown's demeanor on and off the court as the coach of the Cavaliers was a breath of fresh air in the NBA, one that will lead him to another head coaching job in the future.

1. Mike Brown Would Have Never Allowed His Team to Become Non-Competitive 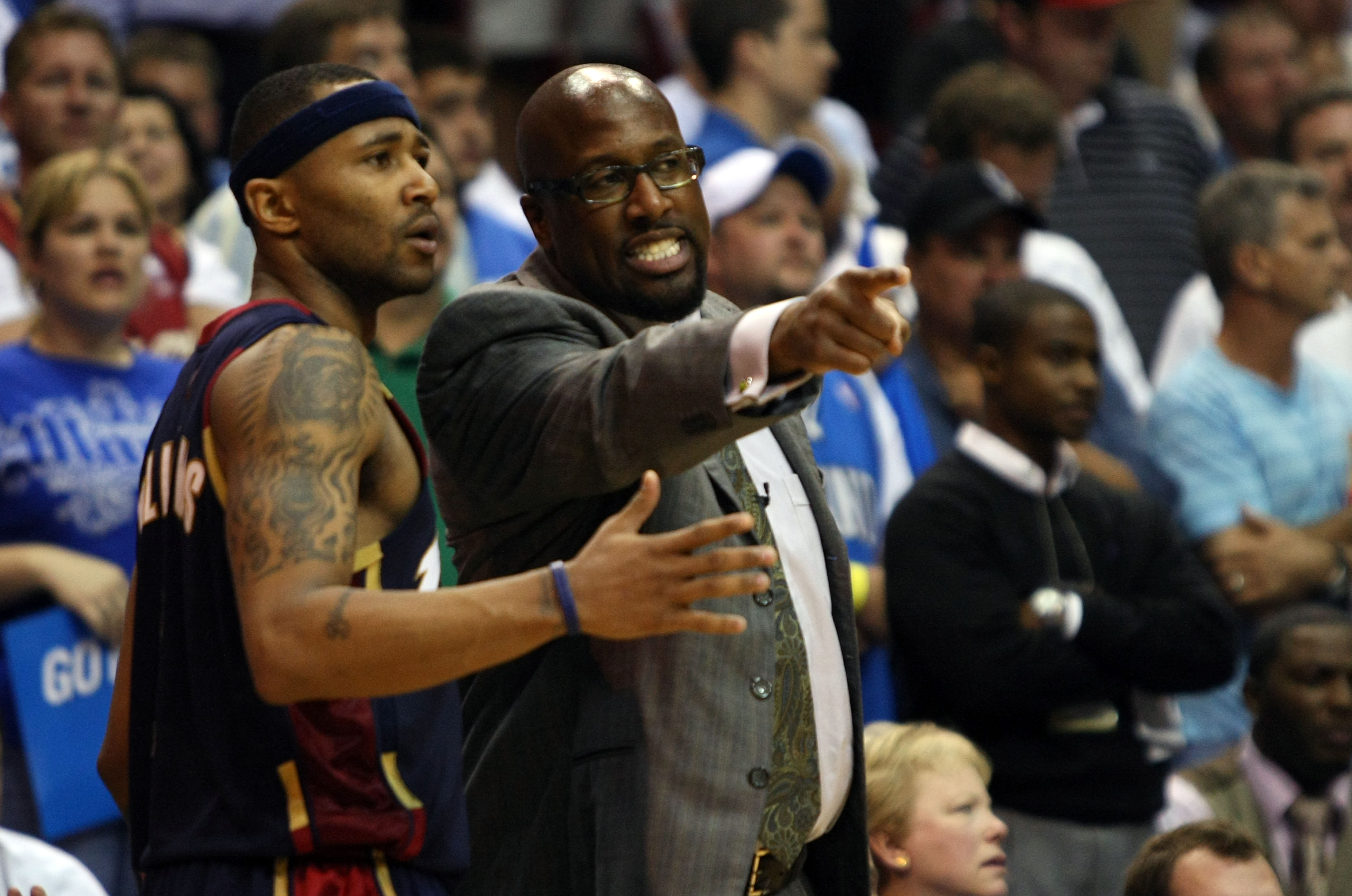 The 2010-2011 Cleveland Cavaliers under Byron Scott lack a fire.

That was something that you could have never said about the Cavaliers teams under Mike Brown.

In Brown's first season in the NBA he led the Cavaliers to a 50-win season.

People claim that was because of LeBron James, and while James played a major part of it, let's look at something: The 2004-2005 Cavaliers team that won 42 games that was coached by Paul Silas was almost the exact same roster as the 50-win playoff team that Brown coached in 2005-2006.

The only "key players" that were added between the two seasons were Larry Hughes, Donyell Marshall and Damon Jones, who were all role players who never lived up to the expectations they had when they signed free agent contracts.

In fact, Mike Brown lit a fire underneath a little known player by the name of Anderson Varejao during his tenure in Cleveland.

Now Varejao is one of the most coveted defenders in the league, known for his high energy.

In fact, toward the end of his final season in Cleveland, Mike Brown had finally helped mold J.J. Hickson into the player the Cavaliers used a first-round pick on as a freshman out of N.C. State.

Mike Brown may not have the big name or championship pedigree, but he had the respect and the will of the players.

When the players are unwilling to work for their coach, like it seems the Cavaliers are for Byron Scott at this time, then there is a big problem with the team.

I am not saying that Byron Scott won't be successful as the coach of the Cavaliers, because every team he has taken over has had a poor season in his first year.

We won't know until the end of Byron Scott's tenure whether or not he was the right man for the job.

But I can tell you one thing: A Mike Brown-coached team would not have a -11.3 scoring differential.

And that team would not be giving up 104.7 points per game.