NASCAR Rule Changes: 2011 Changes to the Points System and More 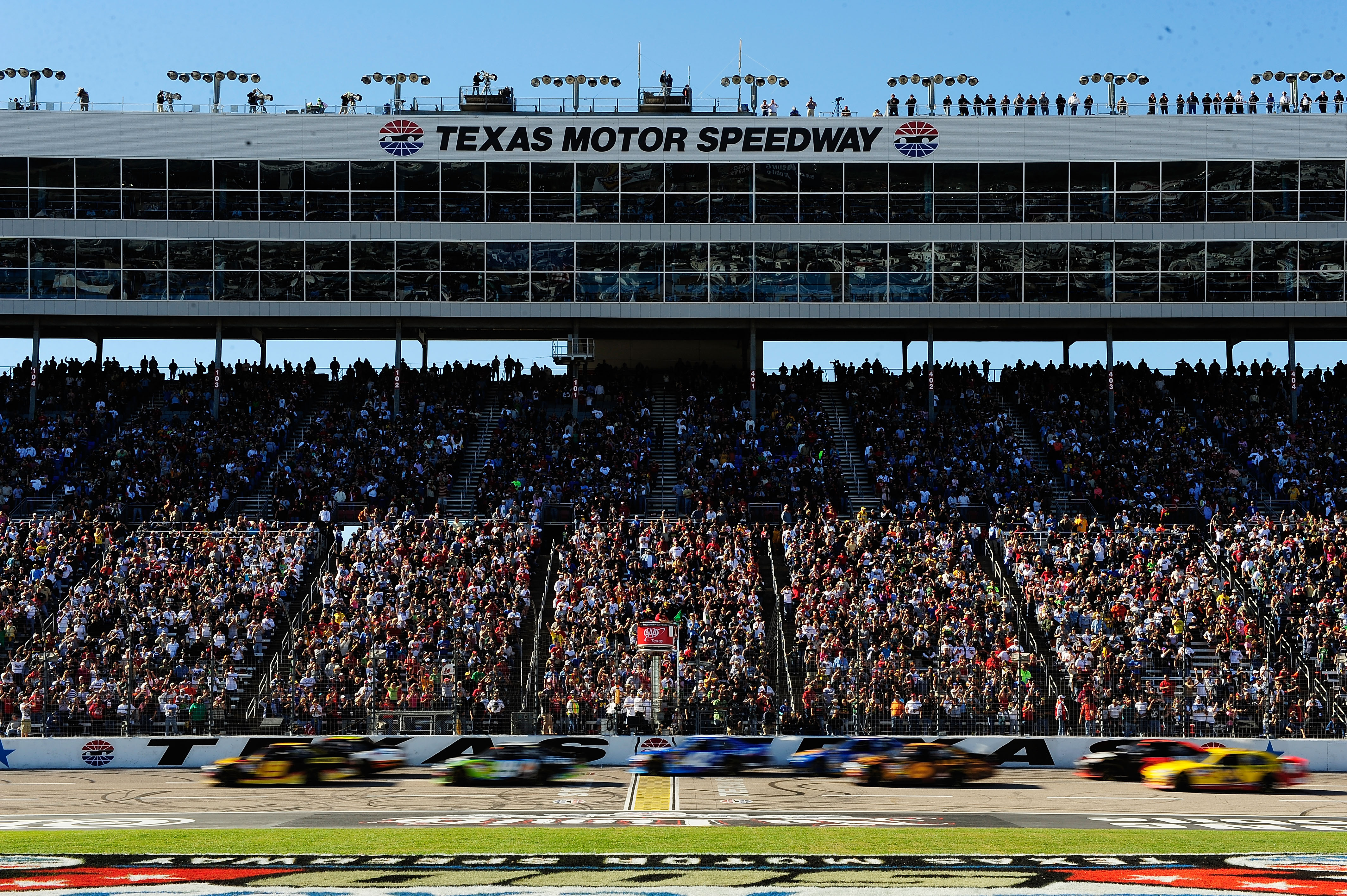 Whether you like it or not, NASCAR has made changes every year. The major changes over the years have come to make the Chase better. They have gone from 10 cars to 12, added bonus points for winning in the regular season and now have instituted the biggest change since 1975.

NASCAR made the announcement to change the points system, qualifying and rules that won't allow drivers to gain points in a series that they do not claim as their primary series.

As always, anything that NASCAR does comes with criticism and applause.

I, for one, like the changes NASCAR has made for the 2011 season. They have listened to fans and have brought an aspect of simplicity to racing, which will bring a new type of excitement to the regular season.

This change is huge. Most fans could not understand the previous points system. The change will make it more interactive for fans. You can easily figure out the points instead of waiting for Fox, ABC, ESPN or TNT to place the points on the screen during or at the end of the race.

The downside to the change? To me there is none. Most "diehard" fans will argue that this takes away from the history and the mystique that NASCAR created over the years.

Who cares? Every sport in the world has changed. NFL created instant replay along with MLB, the NBA brought in a three-point line and the NHL changed the rules to create more scoring. None of these sports have diminished since the changes have been made. In fact, most will argue that the changes have helped the sports.

I am hard pressed to find a fan even from the '70s, or a fan that just came into the sport within the last year, that understands the point system that was used for the past 35 years.

Two Wild Cards for the Chase 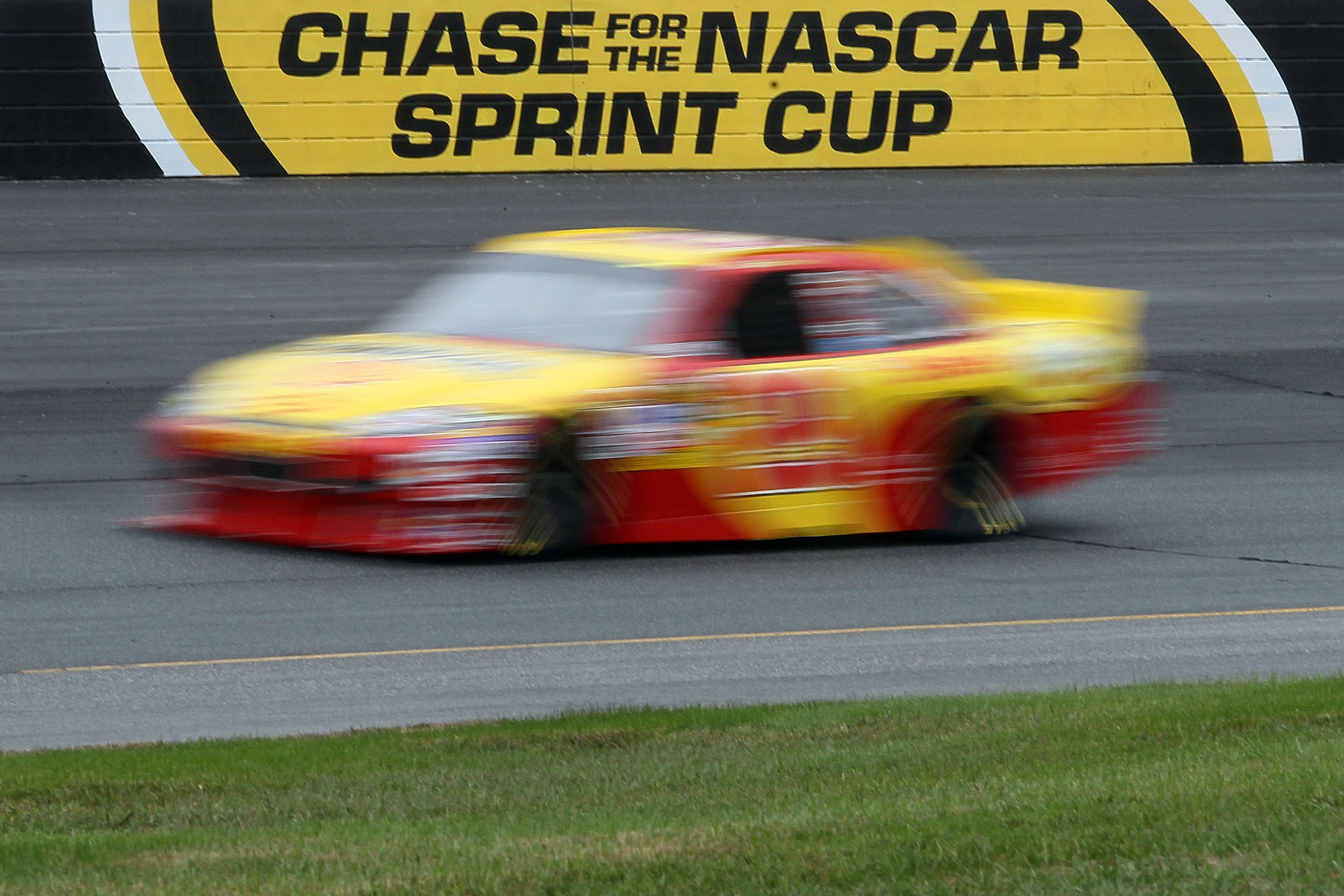 The Chase will stick with 12 drivers. The top 10 drivers in points will still make the Chase based on points earned over the regular season. For every victory that a top 10 driver earns, they receive three bonus points for the Chase.

The next two drivers to make the Chase will be based on how many victories the drivers remaining have.

The only stipulation is you have to be in the top 20 to qualify. This gives drivers the chance to get a berth in the Chase if they ran well by winning races but not having the luck to finish in the top 10. Even though the wild card berth depends on winning races, neither of the two wild card drivers will be able to earn the three bonus points in the Chase.

A clear example would be Jamie McMurray of 2010. Jamie won the two biggest races of the year in the Daytona 500 and the Brickyard 400. He would have made the Chase and had a chance at a championship.

This also brings the aspect of having to win, week in and week out. The excitement coming into the final races before the Chase will be extraordinary. I can't wait to see the Richmond race come down to four drivers trying to make the Chase by actually having to win the race.

Even though I still feel that they need to do some type of elimination in the Chase, this change makes a huge step forward in making the races leading up to the Chase even more exciting.

Drivers Must Declare a Series 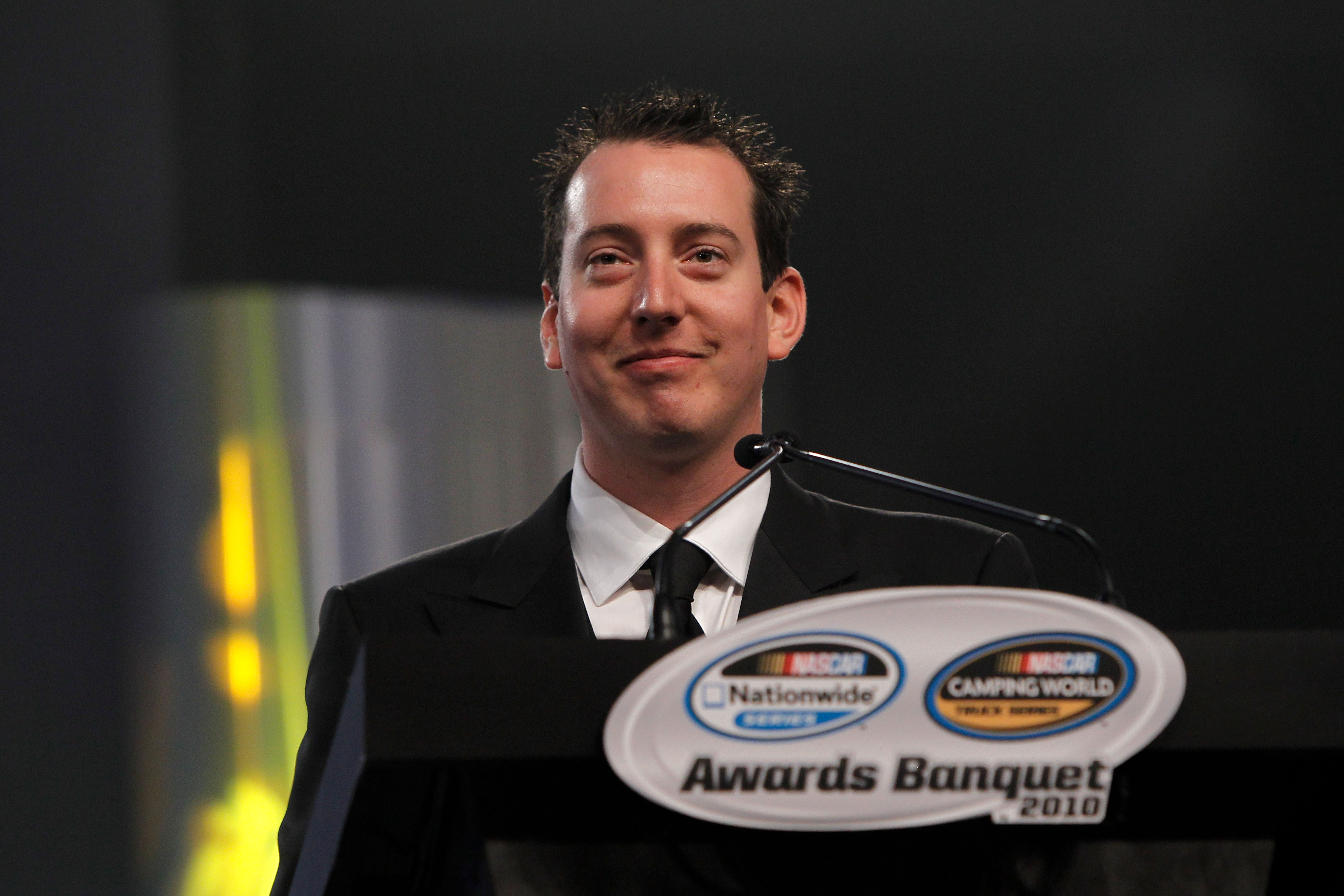 Over the past few years, Sprint Cup stars have been racing for the championship in both the Nationwide Series and the Sprint Cup.

NASCAR has had enough of this. They want to showcase the younger drivers in these series. That is what the Nationwide and the Camping World Series were created for.

It is very difficult for Justin Allgaier, Trevor Bayne and Jason Leffler to actually gain national attention. Not many fans know that Allgaier finished fourth overall in the standings. That is amazing considering the talent that he raced against. He would have won the Nationwide Championship if the rules were in place last year.

NASCAR has made it clear that you must declare which championship you are running for at the beginning of the season.

I have a feeling that most of the drivers that ran full-time in the Spint Cup and Nationwide Series will dial it down since they are no longer allowed to gain points towards a championship in the Nationwide.

I personally did not enjoy Kyle Busch, Carl Edwards or Brad Keslowski winning most of the races. This change gives me more of a reason to return to watching the Nationwide Series and cheering for an up-and-coming driver.

Qualifying Now Based on Practice Speeds 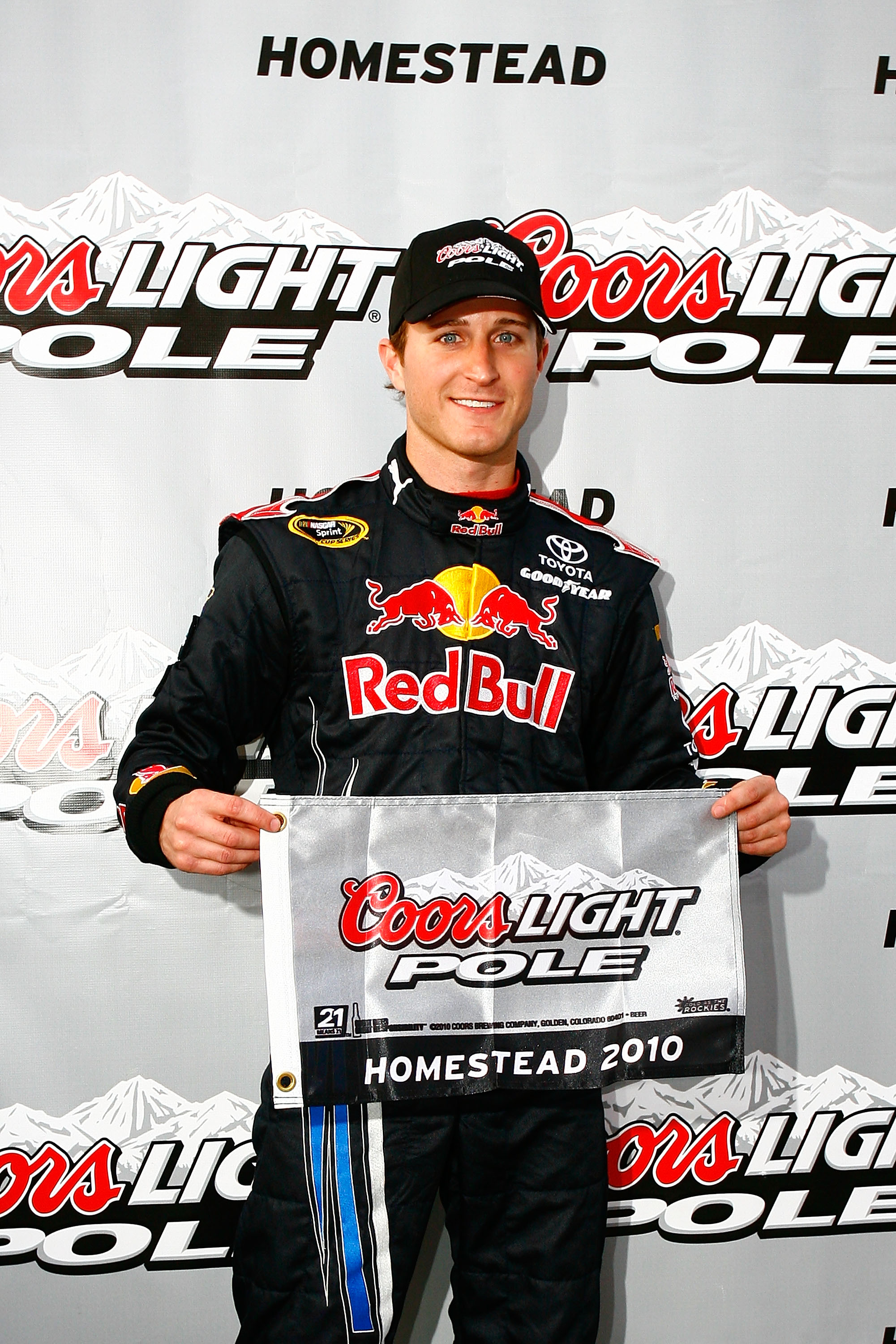 Fans have had enough of bad weather hurting qualifying, in turn making the points a major factor in deciding the field. NASCAR decided to make practice speeds a factor in how one will qualify.

The lineup for qualifying will be based on practice speeds. The slowest practice speeds will qualify first, with the fastest going last. NASCAR wants qualifying to be interesting. This will bring a few more fans to the seats on Friday.

Not much NASCAR can do if weather cancels both, but they are trying to give everyone a fair shot before having to resort to season points to determine the lineup.

Weather is tough to battle, and most of the time you will come out on the short end of the stick if you try to battle. NASCAR is doing everything it can to make it a fair fight in making the race on Sunday.

I like this rule change. I will try to watch qualifying more often now since I know that the fastest practice speeds will be going last. More changes for the pole equals more excitement. 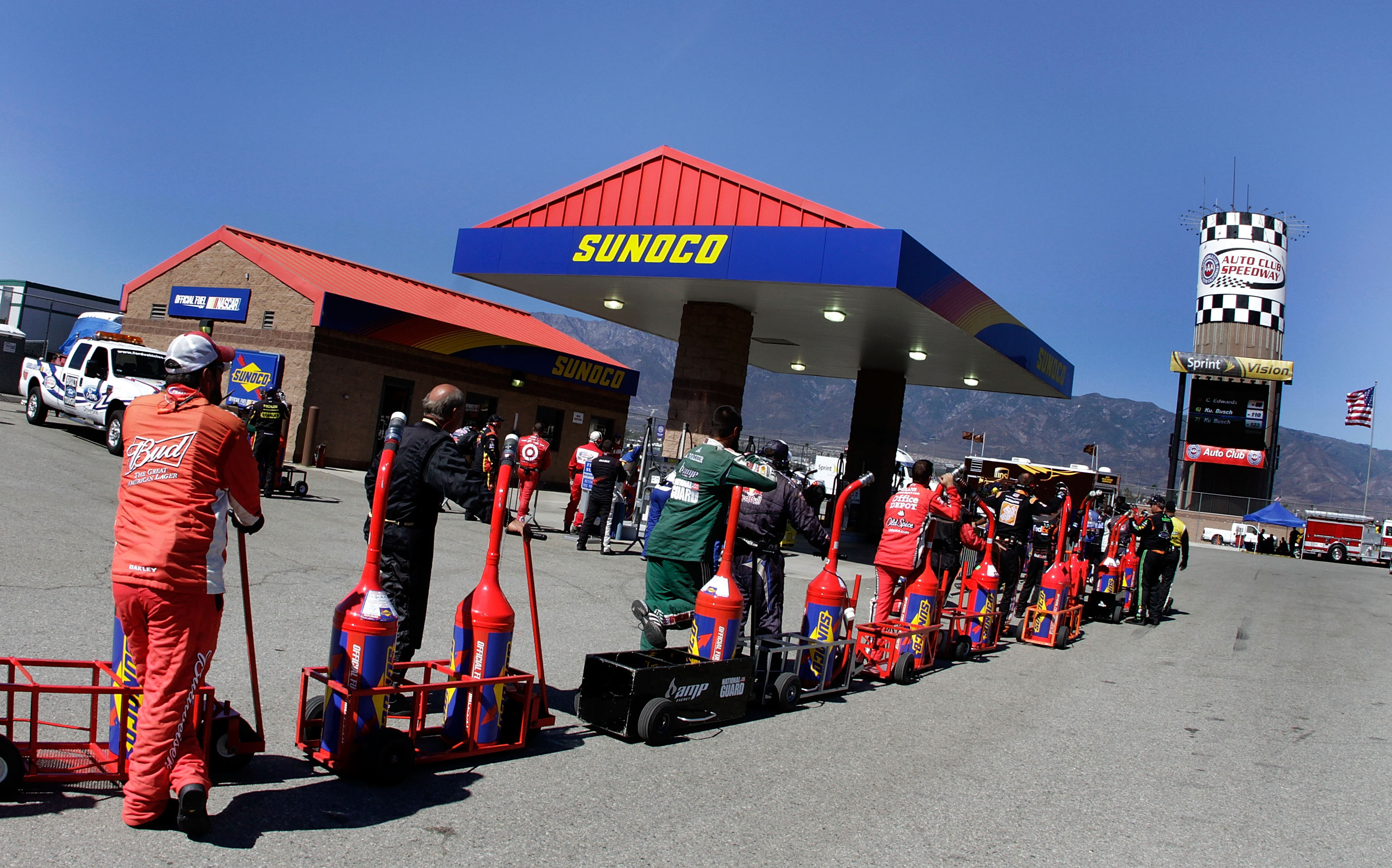 NASCAR Has Decided to Get Rid of the Catch-Can Man

Teams will be using a closed loop system that was used in the Truck Series last year. This will bring the total number of crew members over the wall from seven to six. The fewer the crew members, the less danger that is involved.

New Fronts and Body Work to the Car

The changes are made to make the cars look more like the vehicle that the car is supposed to resemble. This will make the manufacturers happy and will continue to pour money into NASCAR.

Only Five Sets of Tires

Teams will receive five sets of tires, not six. After practice and qualifying, teams must return four sets to Goodyear. They can only keep one set for use. Teams will receive a set amount of tires dependent on the track that they are racing at.

All the changes that NASCAR has made for the upcoming season are only for the better. I am excited to see how these changes will affect the way races are run and how the season will play out.