NBA Power Rankings: The 15 Biggest Disappointments of the Offseason 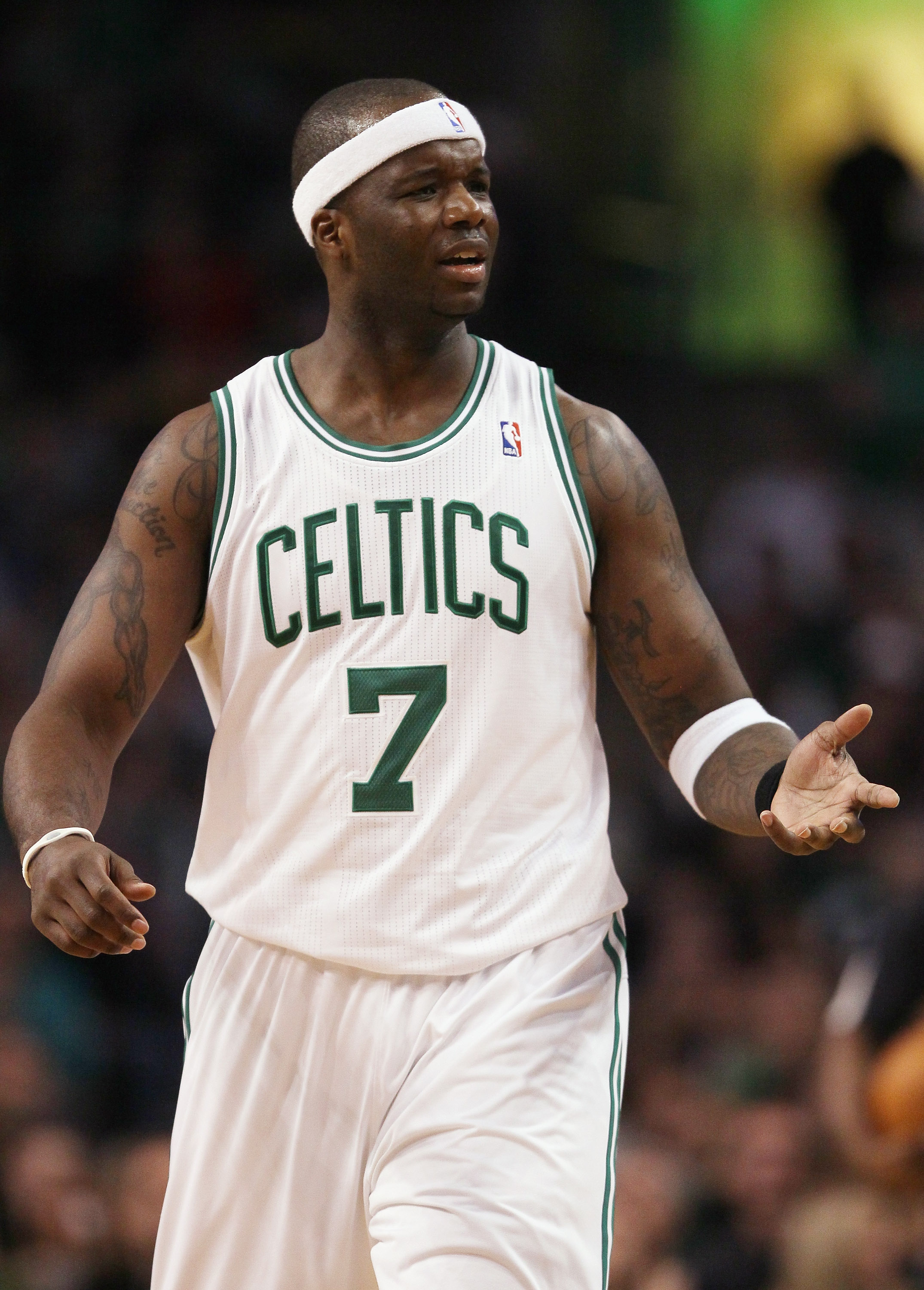 LeBron James took his talents to South Beach, the Boston Celtics brought back their championship core and added a couple of seven-footers, and Amare Stoudamire made the Knicks watchable for the first time in years.

But even with so many high-profile names changing teams, not every free agent acquisition has gone according to plan. Some players have struggled with injuries, some have been limited in their playing time, and some have just flat-out bombed.

Here are the 15 NBA players that general managers wish they could use a mulligan on. 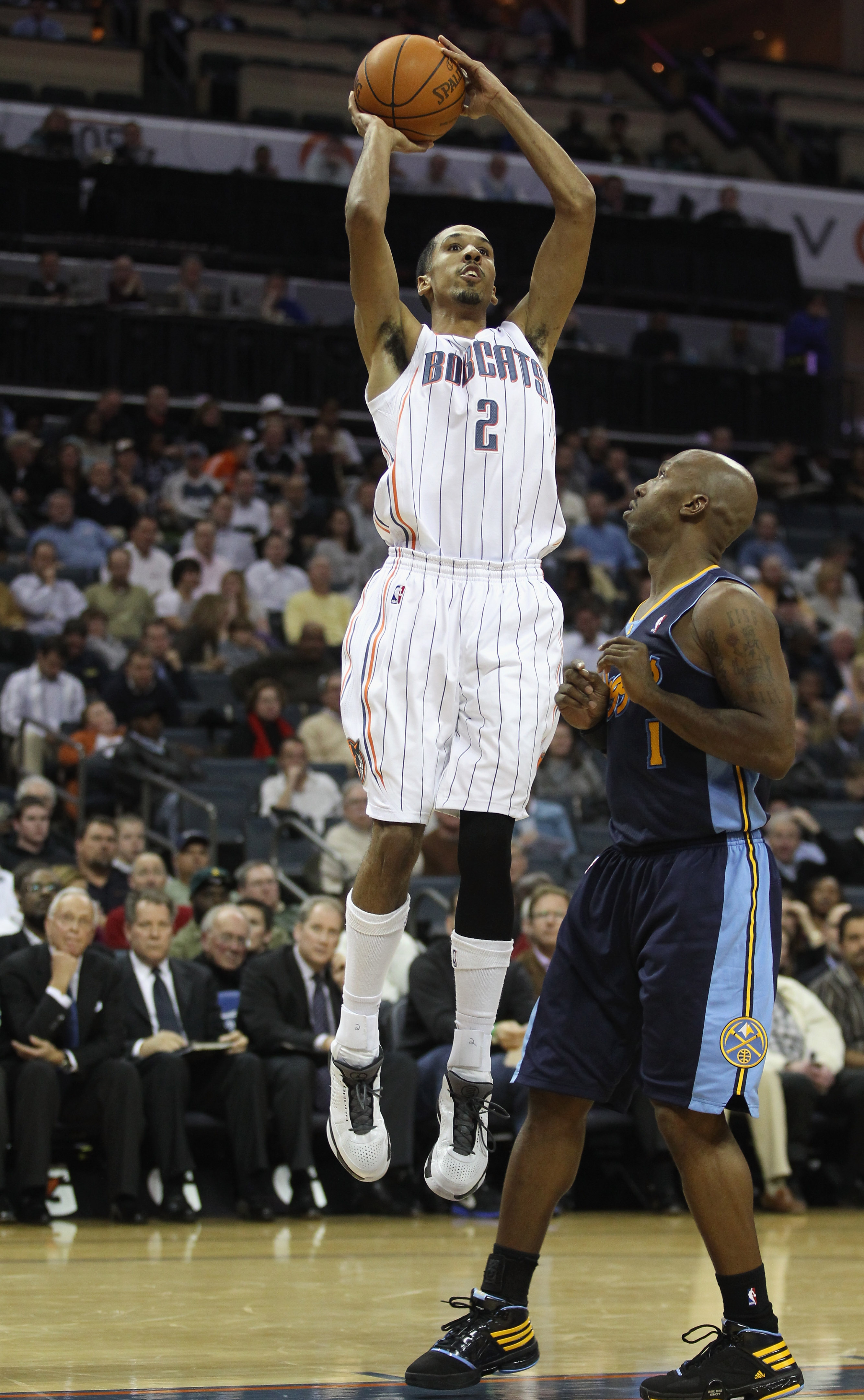 There was some optimism that Livingston could return to his former glory when he joined the Bobcats on a two-year, $7 million deal. But so far, the 25-year-old point guard has struggled to find playing time in Charlotte.

In just under 18 minutes a game, the former Clipper is averaging just 5.3 ppg and 1.9 apg on 48.0 percent shooting. He's stayed healthy, but it's clear that he's not the same player that he once was. Now he's stuck behind D.J. Augustin on the depth chart. 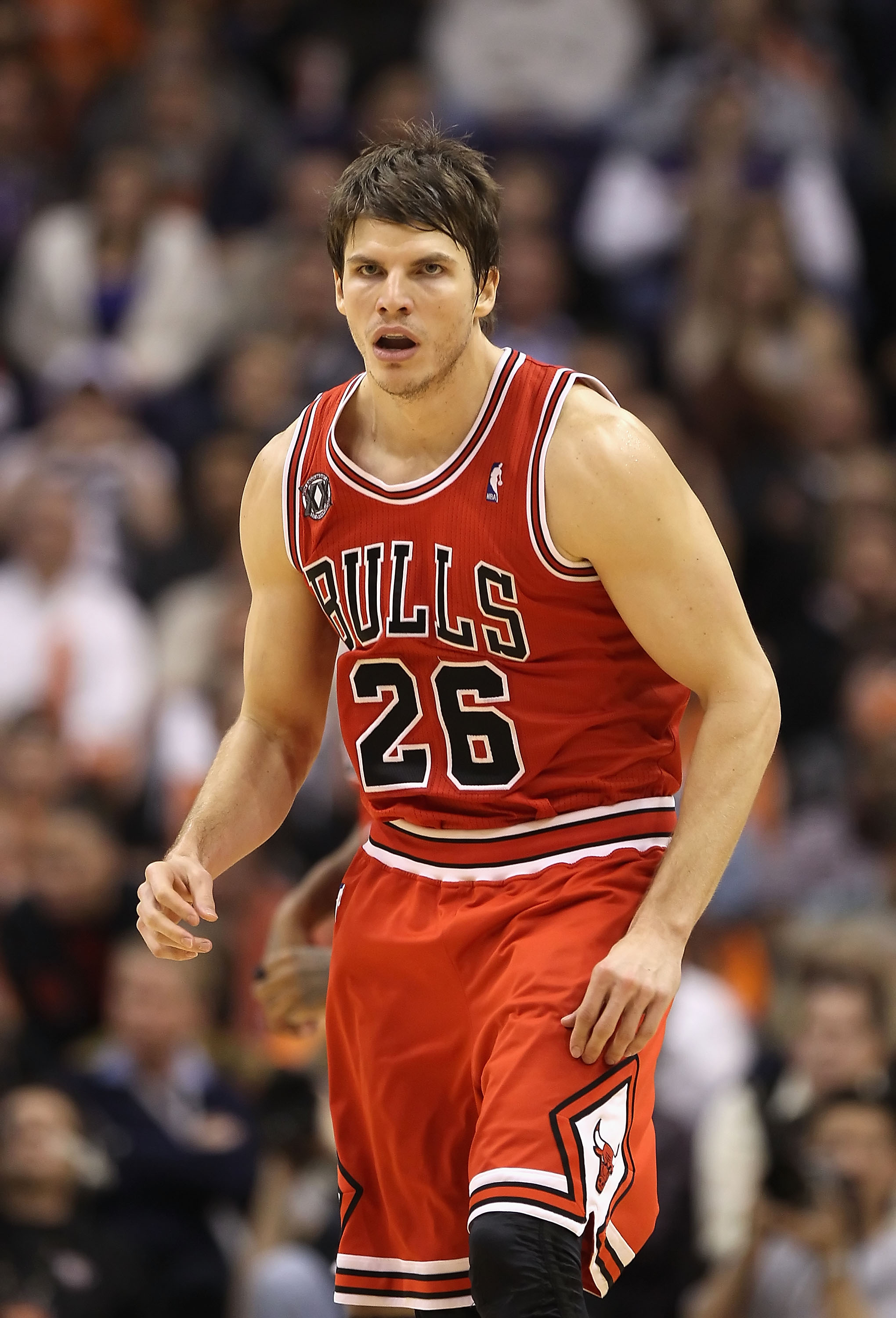 The three-point specialist decided to lose his shooting touch after signing a three-year, $15 million with the Chicago Bulls.

Korver is one of the most important members of the Chicago bench and sees 21.6 mpg of action. But he needs to knock down shots if he wants to keep playing. He's not really good at anything else. 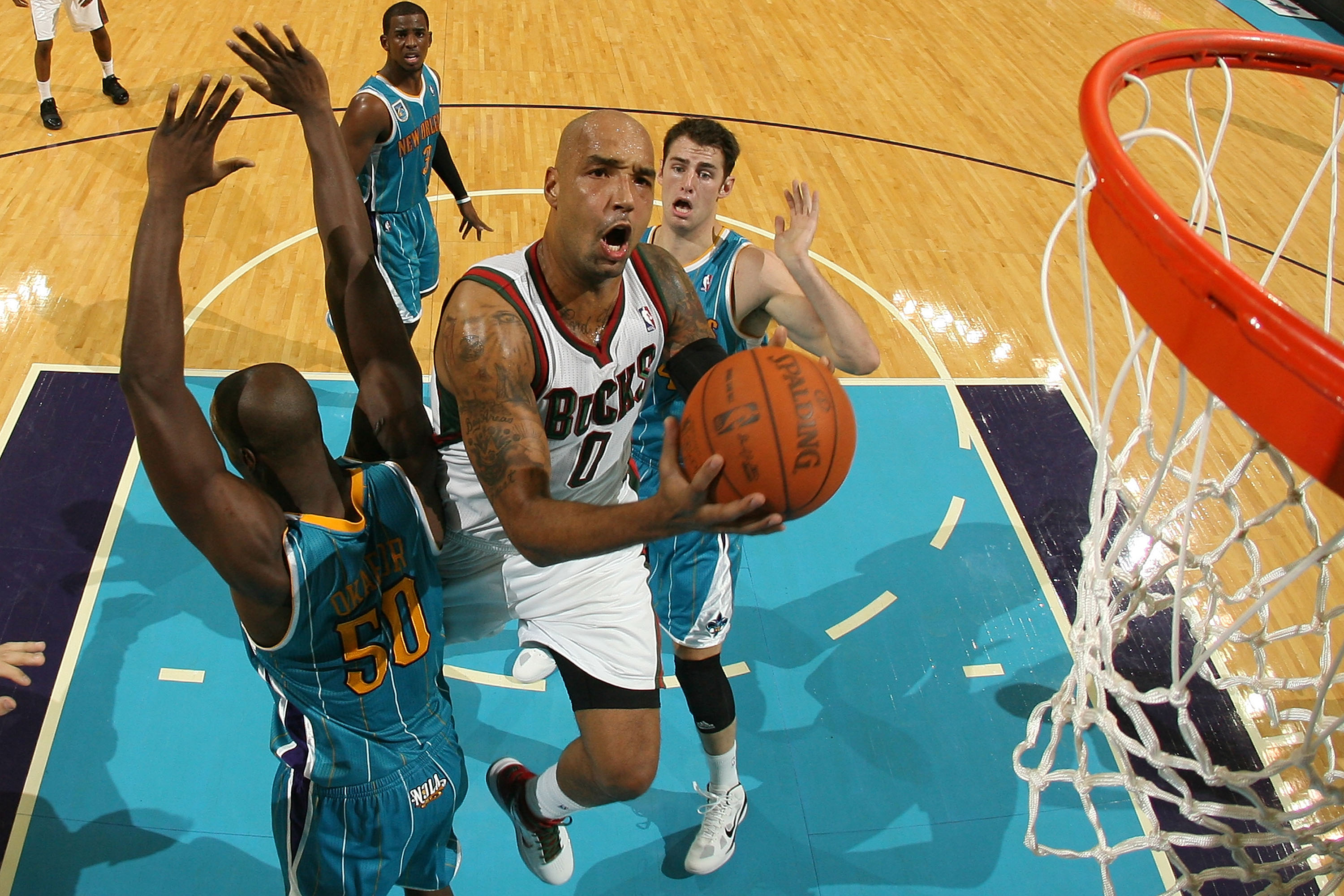 Gooden's been with seven teams in the past three years, and if the 29-year-old power forward doesn't pick it up, he may soon be moving on to his eighth. The Bucks signed the veteran to a five-year, $32 million contract, and in return, Gooden is giving them one of the worst seasons of his career.

He's sharing playing time with Ersan Ilyasova and Larry Sanders at the four and averaging just a shade under 25 mpg. He's contributing 11.0 ppg and 7.0 rpg, but he's shooting a career-low 43.2 percent from the field. Milwaukee might be better off seeing what the young guns can do rather than continuing to ride the declining Gooden. 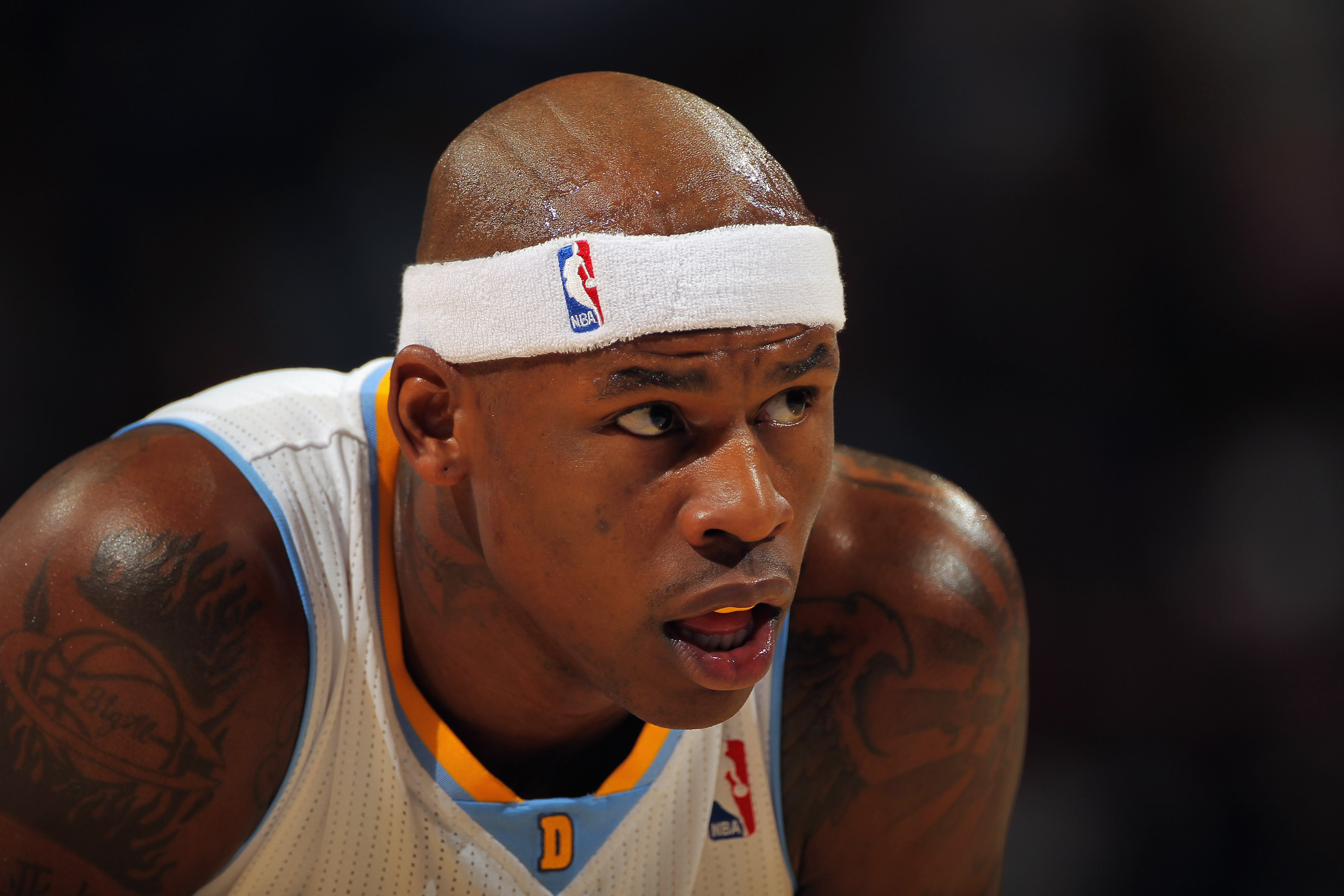 Harrington was an underrated player for the New York Knicks last season. Then he signed a five-year, $34 million deal with the Denver Nuggets and suddenly became overrated.

Harrington's a nice player capable of doing a lot of things well, but at 30-years-old, it's a little ridiculous of the Nuggets to hand him a five-year contract and ask him to be their sixth man. 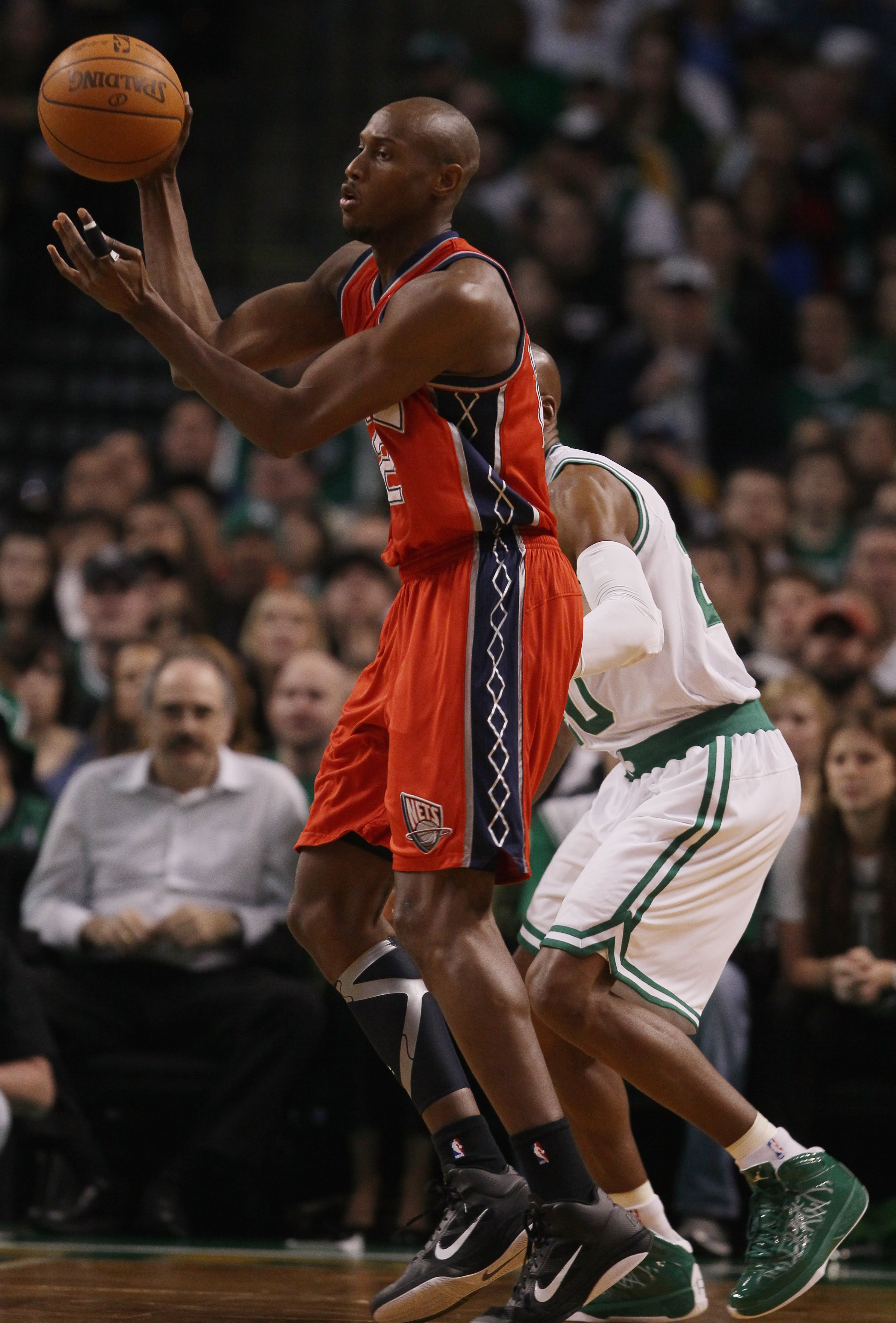 The Nets lost out on LeBron James, so they decided to fill their hole at small forward with Outlaw for five years and $35 million. Outlaw's a nice player, but he's definitely no LeBron James, and his performance this season has likely fueled New Jersey's pursuit of Carmelo Anthony.

He's playing a career high 31.6 mpg, yet those extra minutes on the court haven't translated into an increase in production. He's up to 10.3 ppg (fifth on the team) and 4.3 rpg while shooting a career-low 36.8 percent from the field and 30.8 percent from three.

He's been one of the most inefficient starters in the NBA, and if the Nets land Anthony, then Outlaw could be relegated to the bench where he probably belongs. 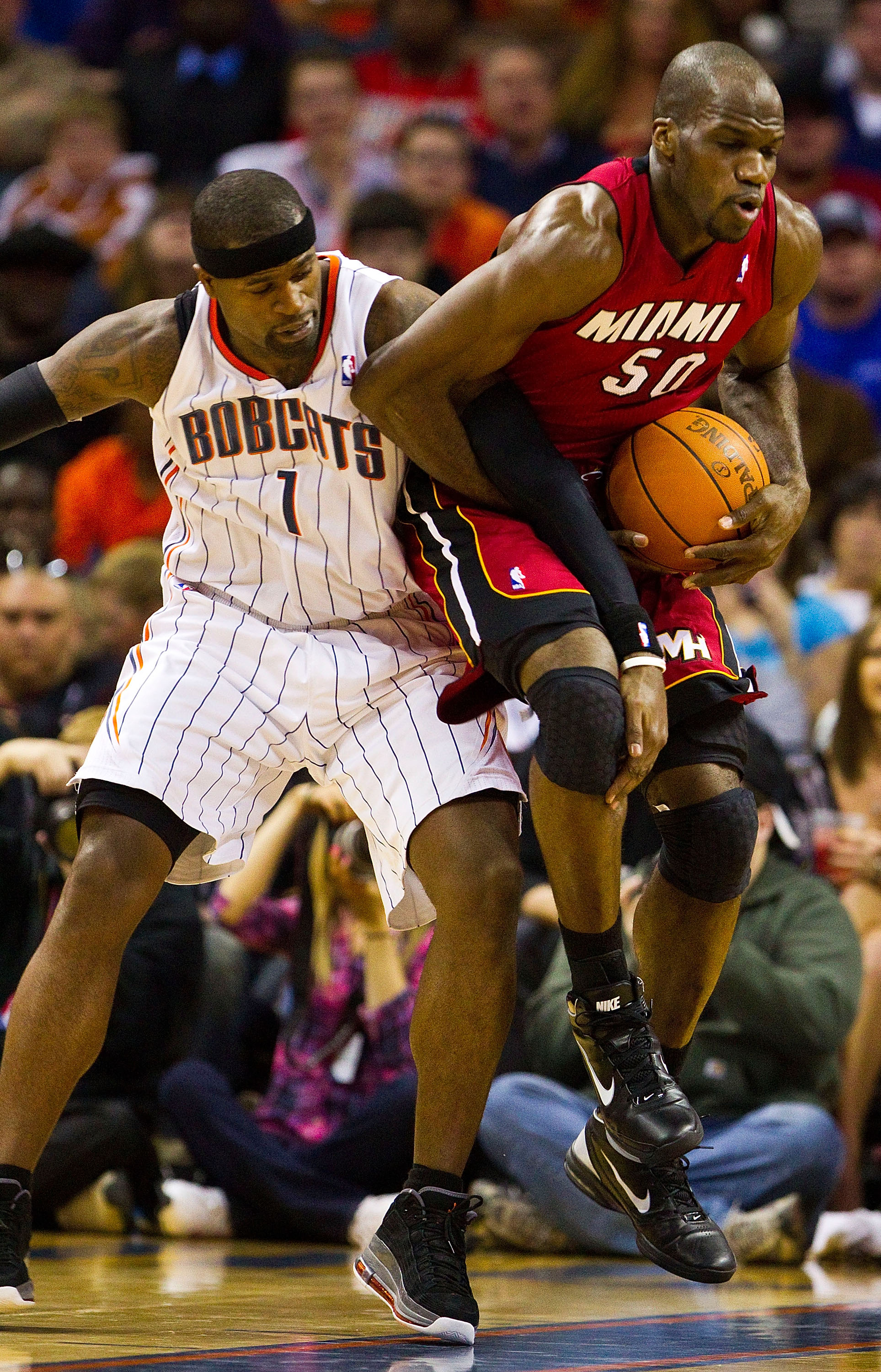 The Heat desperately needed to add some size, and they tabbed the 28-year-old Anthony for five years and $18 million. But even that price tag was probably too high for an undersized center who can't score or rebound.

Anthony's playing 18.2 mpg this season and scoring 1.9 ppg with 3.3 rpg and 1.4 bpg. He's a decent defensive player, but is probably best suited as a last resort type of player. Instead, he's playing more minutes than any other center on the roster.

Both Zydrunas Ilgauskas and Jamaal Magloire could easily take Anthony's place on this list, but Anthony is the only player who was handed a long-term deal. 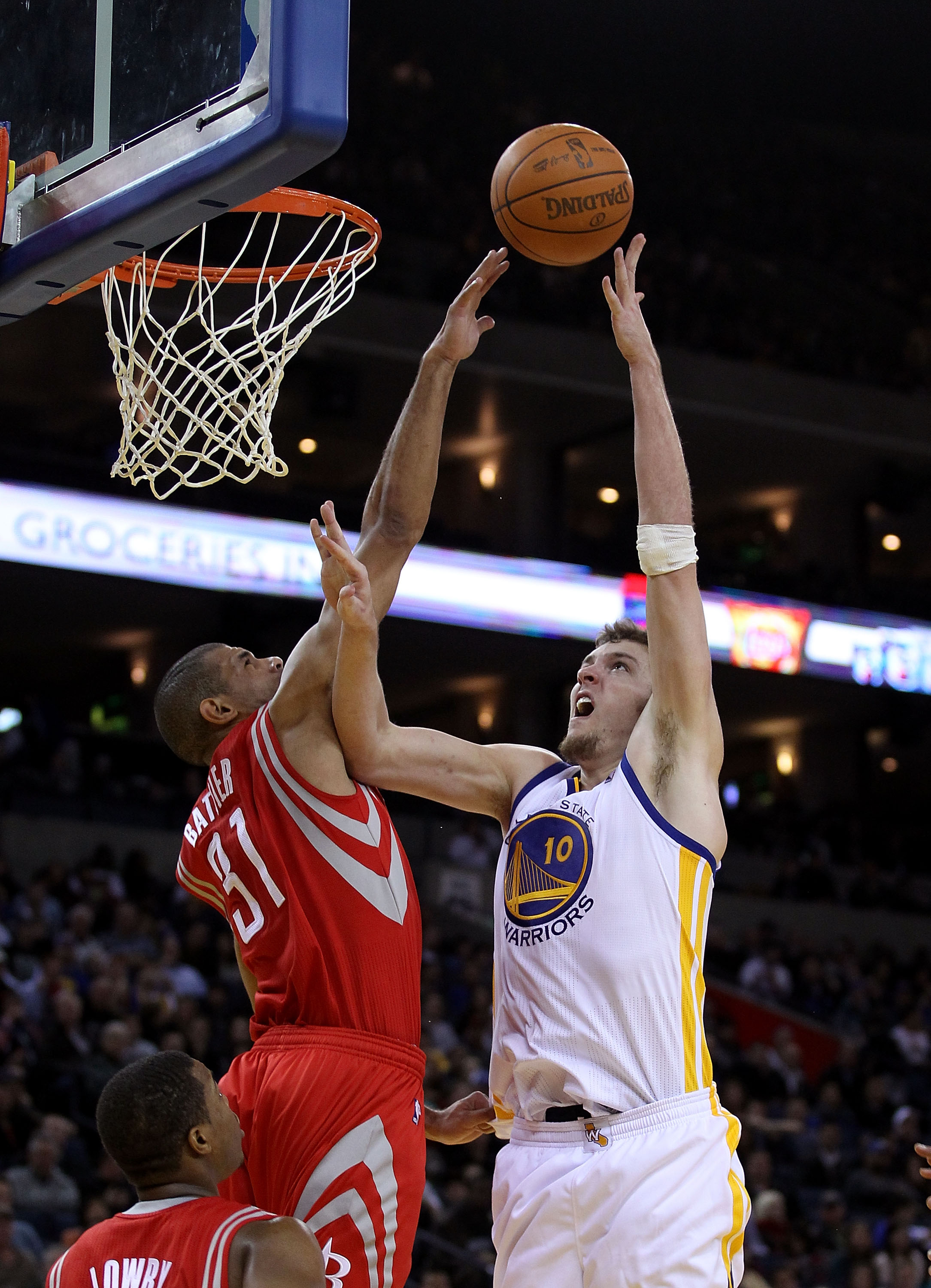 Lee is having another terrific year, but the difference between this season and last season is that he's doing it for big bucks. The 27-year-old center/power forward joined the Warriors for $80 million over six years. Golden State expected Lee to take full advantage of the Warriors fast-paced offense and be a force on both ends on the floor, but Lee has yet to really do that.

The Warriors need Lee to play better if they're ever going to make it in the Western Conference, and he just hasn't shown the ability to do that yet. 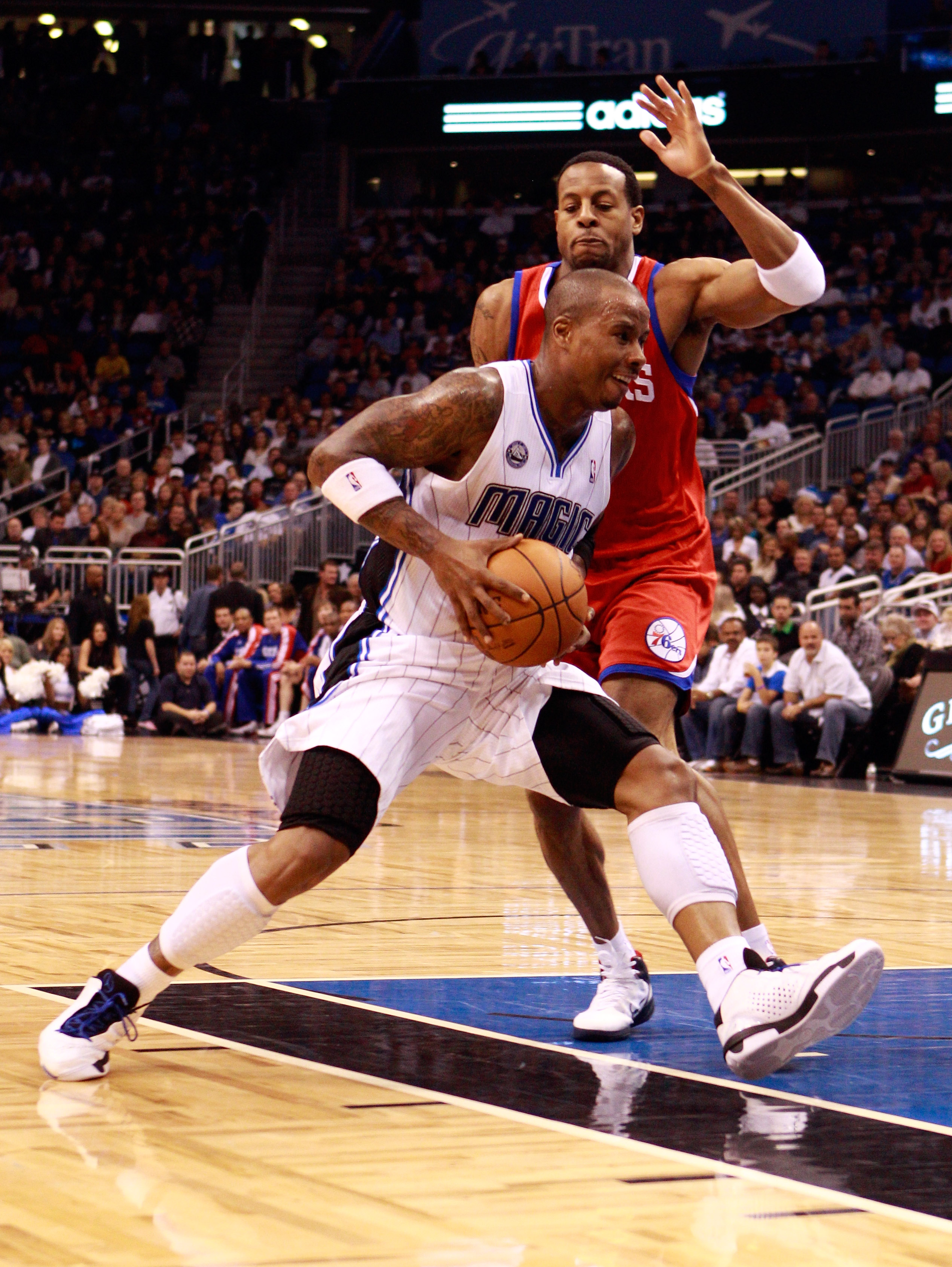 Richardson has bounced around the league for 10 seasons and been a good role player at every stop. Yet in Orlando, he's scoring a career-low 6.0 ppg, and his minutes are down to just 21.0 mpg, the lowest they've been since his rookie year.

It's not entirely Richardon's fault since he's behind so many other guards on the Magic depth chart. But he certainly hasn't helped his case by shooting only 36.6 percent from the field (career 40.0 percent) and 31.3 percent from three (career 35.7 percent).

Richardson has always been a pretty one-dimensional player, but he's never been this bad. Good thing for Orlando is that they only owe the shooting guard another $7.5 million for the next three seasons. They could've done worse for the same money (in fact, they did). 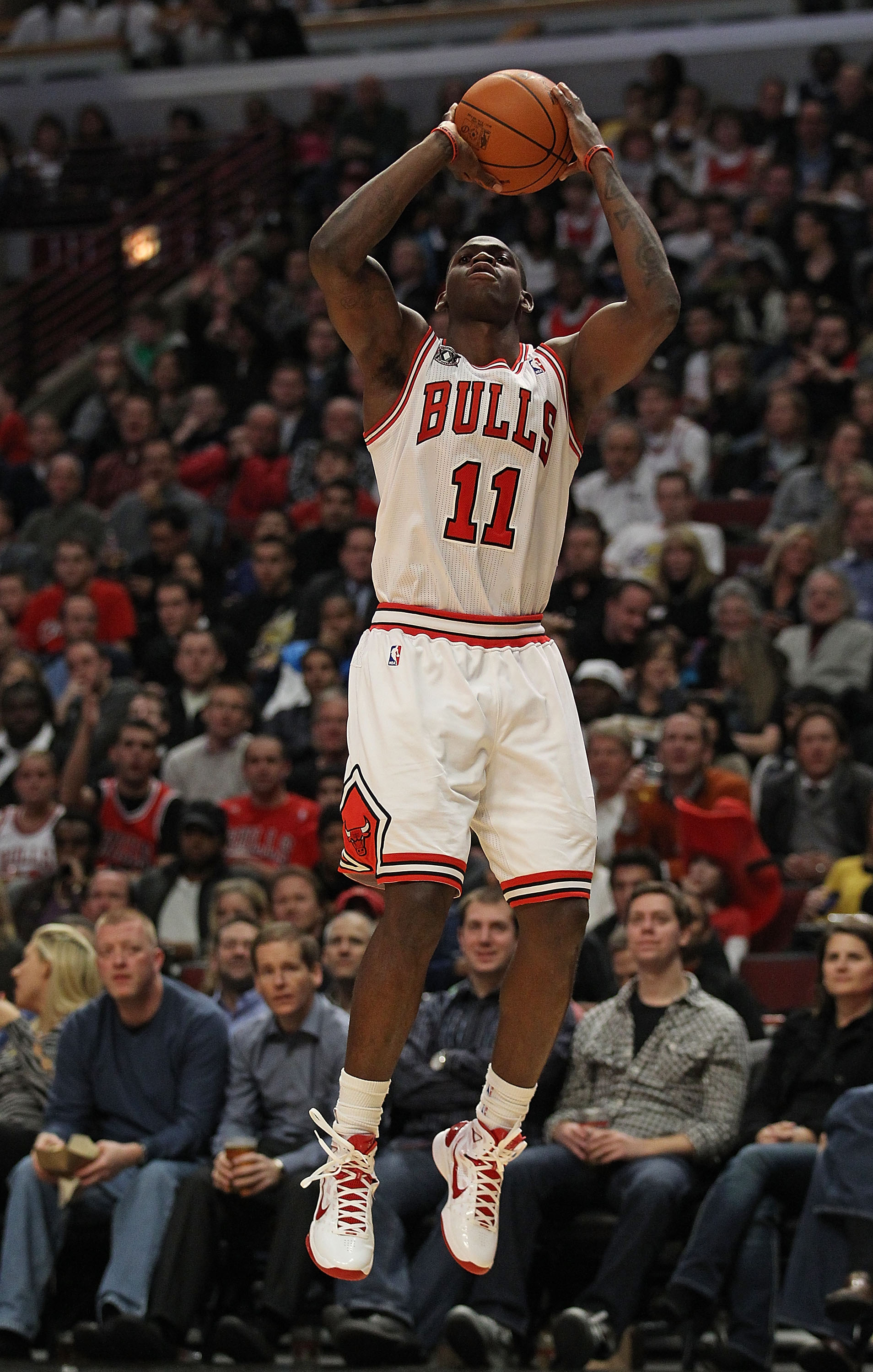 The Bulls have a terrific team, but Brewer is a very small part of it and third on the depth chart at shooting guard behind Keith Bogans and Kyle Korver. He still sees 22.8 mpg, but it's what he's doing in those minutes that has him barely in Tom Thibodeau's rotation.

The 25-year-old is putting up 6.5 ppg and 1.5 apg on 52.2 percent shooting. He's not much of an outside threat (career 23.6 percent shooting from three) and isn't explosive enough offensively to handle the scoring load for the second unit.

Hard to see why the Bulls gave him $12.5 million over the next three years. 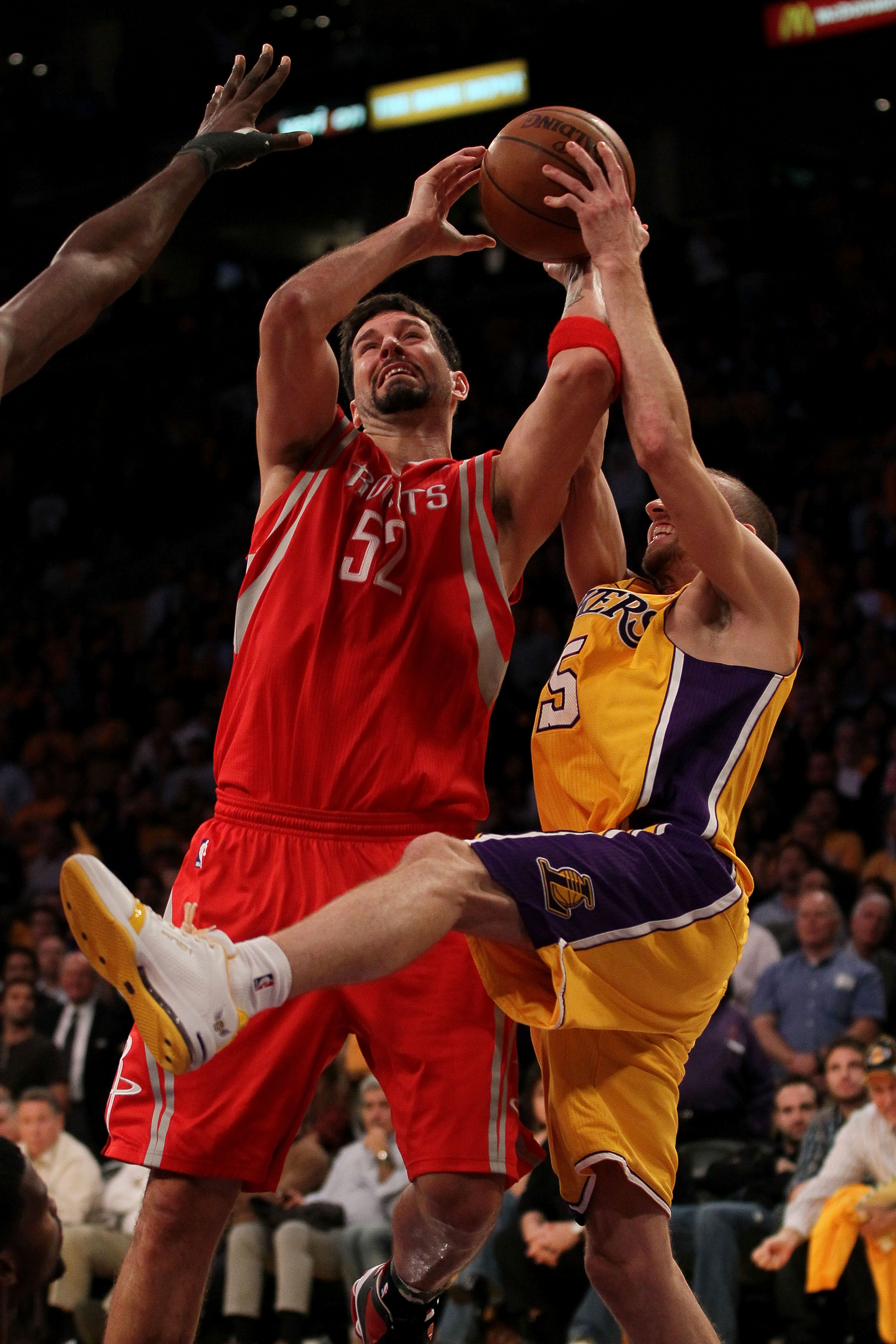 The Rockets needed someone as an insurance policy in case Yao Ming couldn't return to their lineup. They settled on the veteran Miller and gave him $15 million over three years.

The 34-year-old had every reason to accept the offer, but his performance on the court has been uninspiring. He's well below career averages in nearly every statistical category: scoring 7.5 ppg (career 11.6), rebounding 3.9 rpg (career 7.4) and shooting 46.8 percent (career 48.2).

He's also playing only 18.8 mpg, his lowest total since 1999. Now Jordan Hill has taken over as the starter, and Miller has to compete with Chuck Hayes for minutes off the bench. 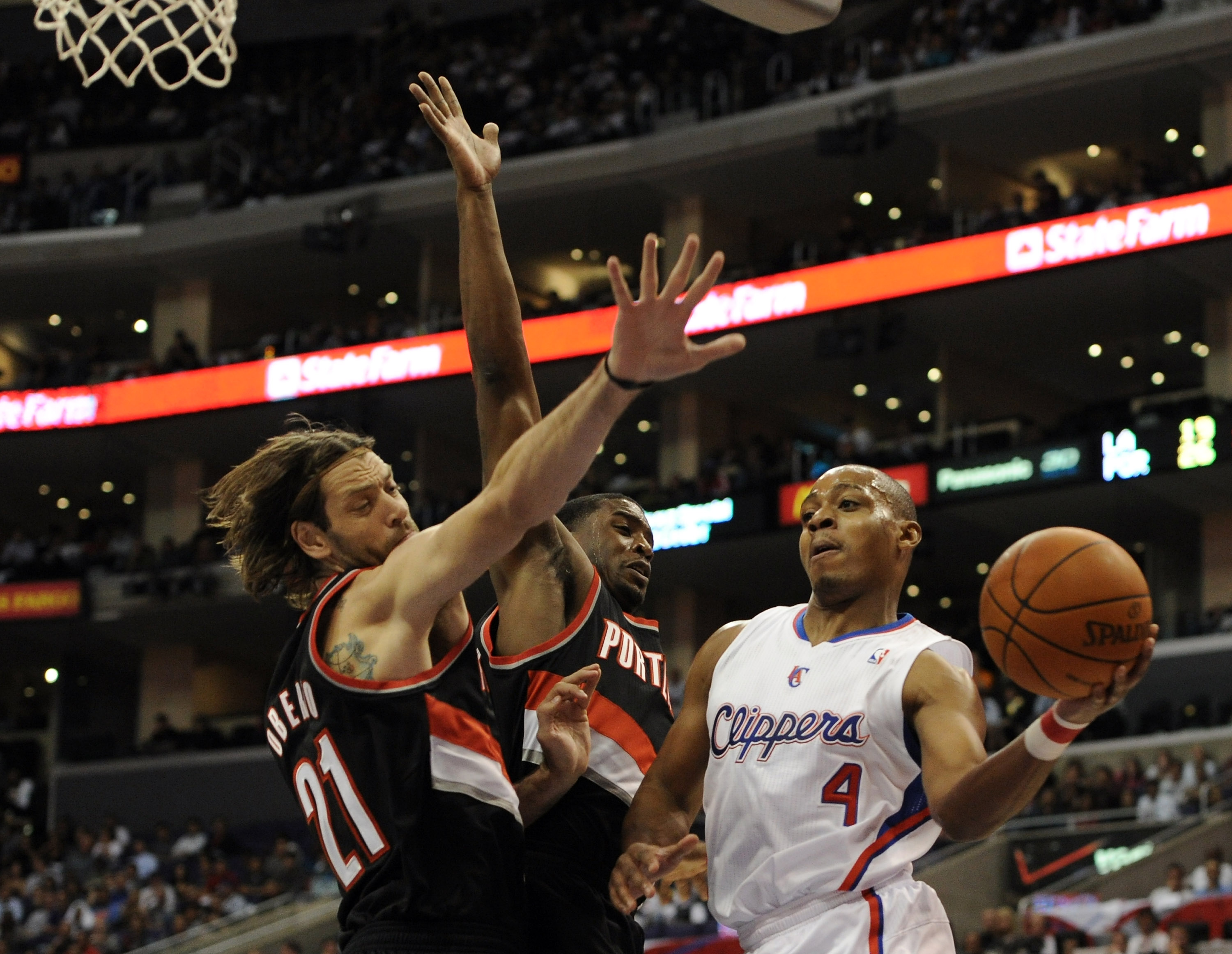 Blake Griffin may be turning heads, but all Foye is doing is drawing shrugs.

The fourth-year guard joined the Clippers on a two-year, $8.5 million deal and promptly took his place on the bench and stayed there. He's played in only 17 games this season, and when he does see action, he's only getting on average 11.4 mpg. His scoring is down to 3.7 ppg (career 11.7 ppg) and he's doing little else of value. 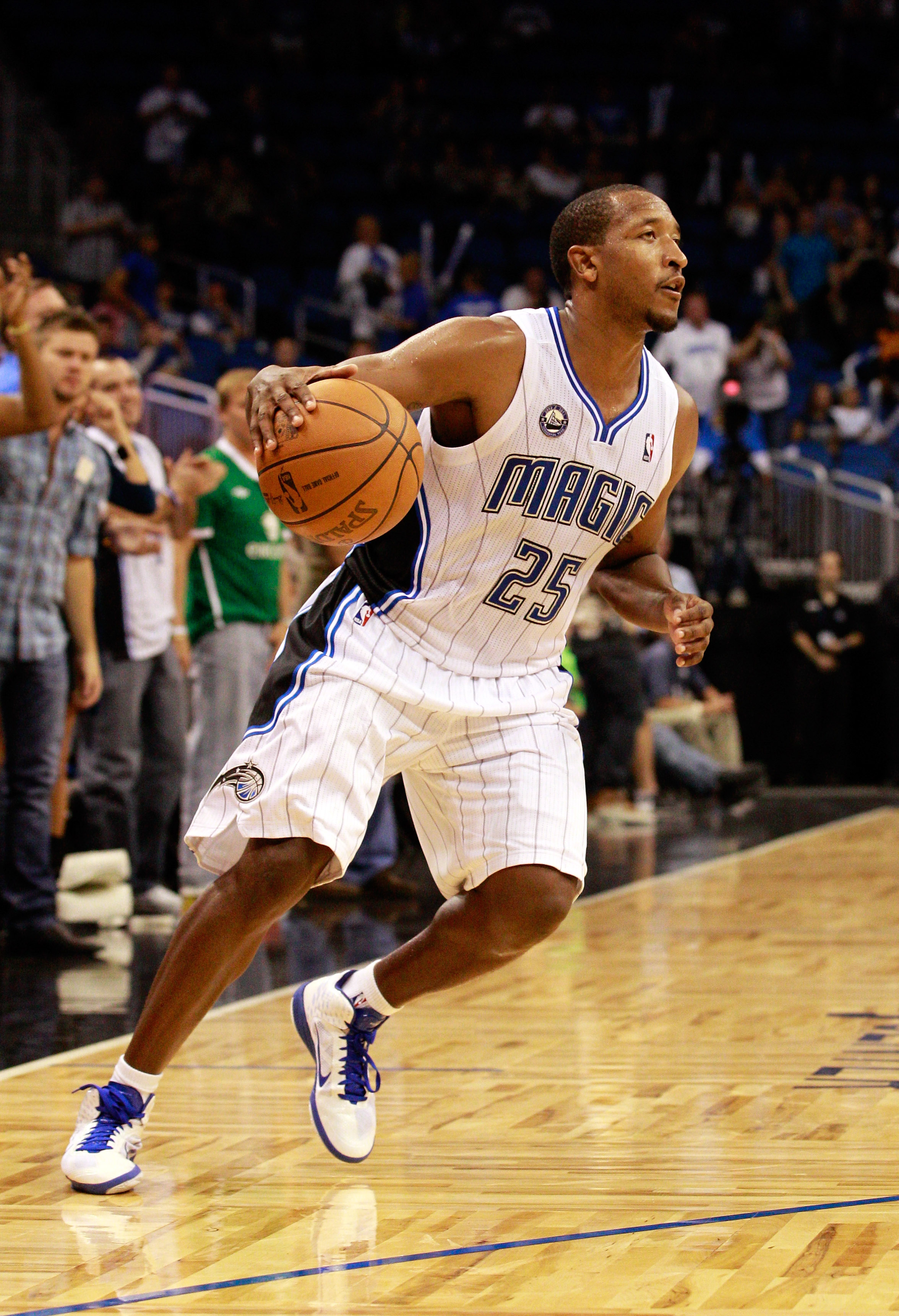 Duhon was never a good fit in Mike D'Antoni's offense, so he bolted from the Knicks and joined the Orlando Magic on a four-year, $15 million deal. Turns out he's not a good fit in Stan Van Gundy's offense either.

The six-year point guard was ineffective early in the season and now he's fallen to third on the depth chart behind Jameer Nelson and Gilbert Arenas. He's barely played since early December and is averaging just 3.3 ppg and 2.7 apg on 43.2 percent shooting.

There doesn't seem to be a place for the former Blue Devil on this new-look Magic team, so he could be a trade candidate. 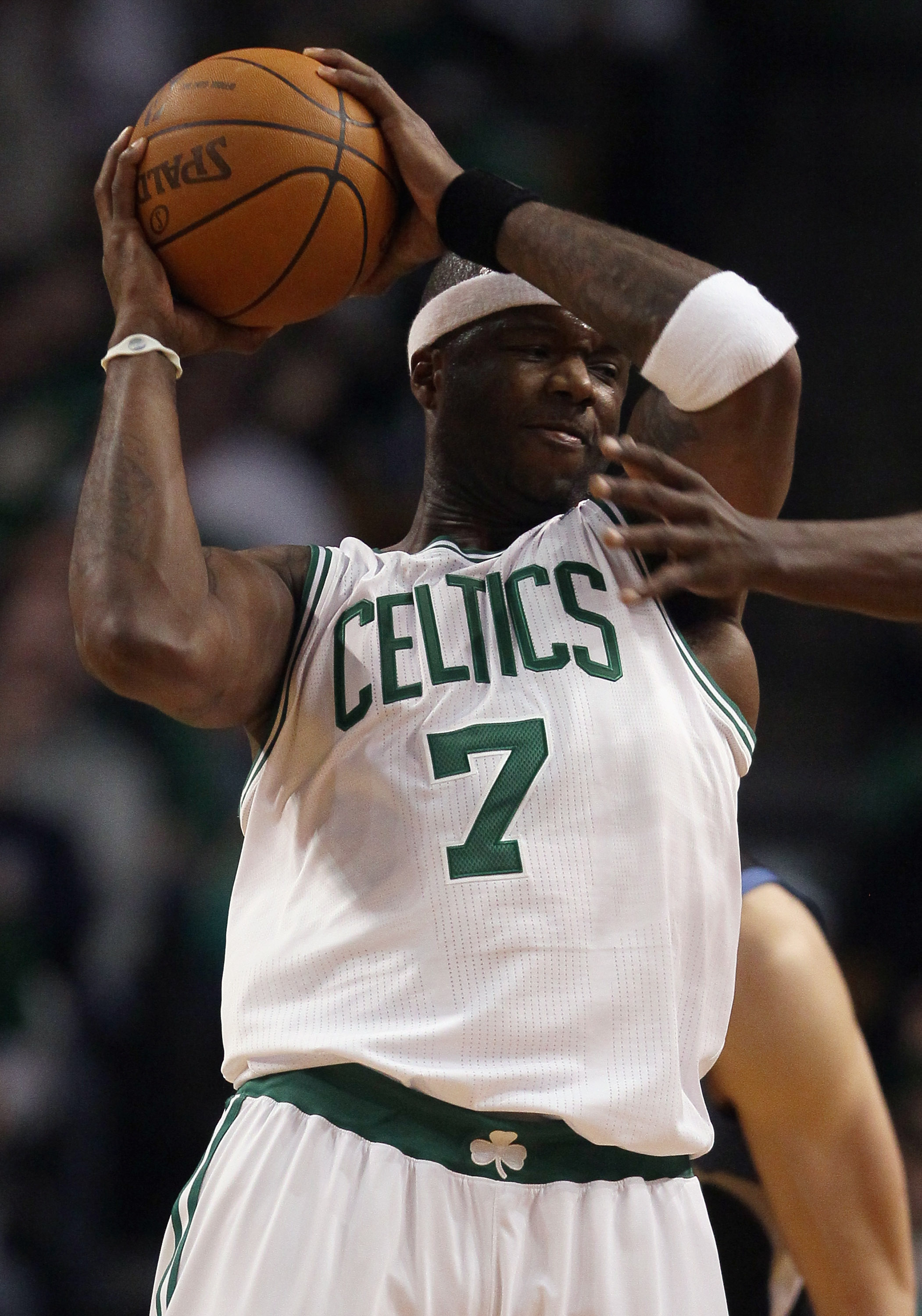 Jermaine O'Neal joined the Celtics on a two-year, $12 million deal and was supposed to be the first big man off the bench, sharing time with Shaq at center while Kendrick Perkins rehabs his knee injury.

But knee troubles of his own kept O'Neal out of the lineup early in the season and limited his effectiveness in his return. He's averaging just 17.8 mpg (his lowest since 2000) and scoring only 5.1 ppg. His rebounding is down to 3.7/game (career 7.5 rpg), and he looks lost in the Celtics defensive scheme.

The Celtics are good enough to get by without O'Neal, but they'll need him in the playoffs, especially if Kevin Garnett is slow to return from his leg injury. 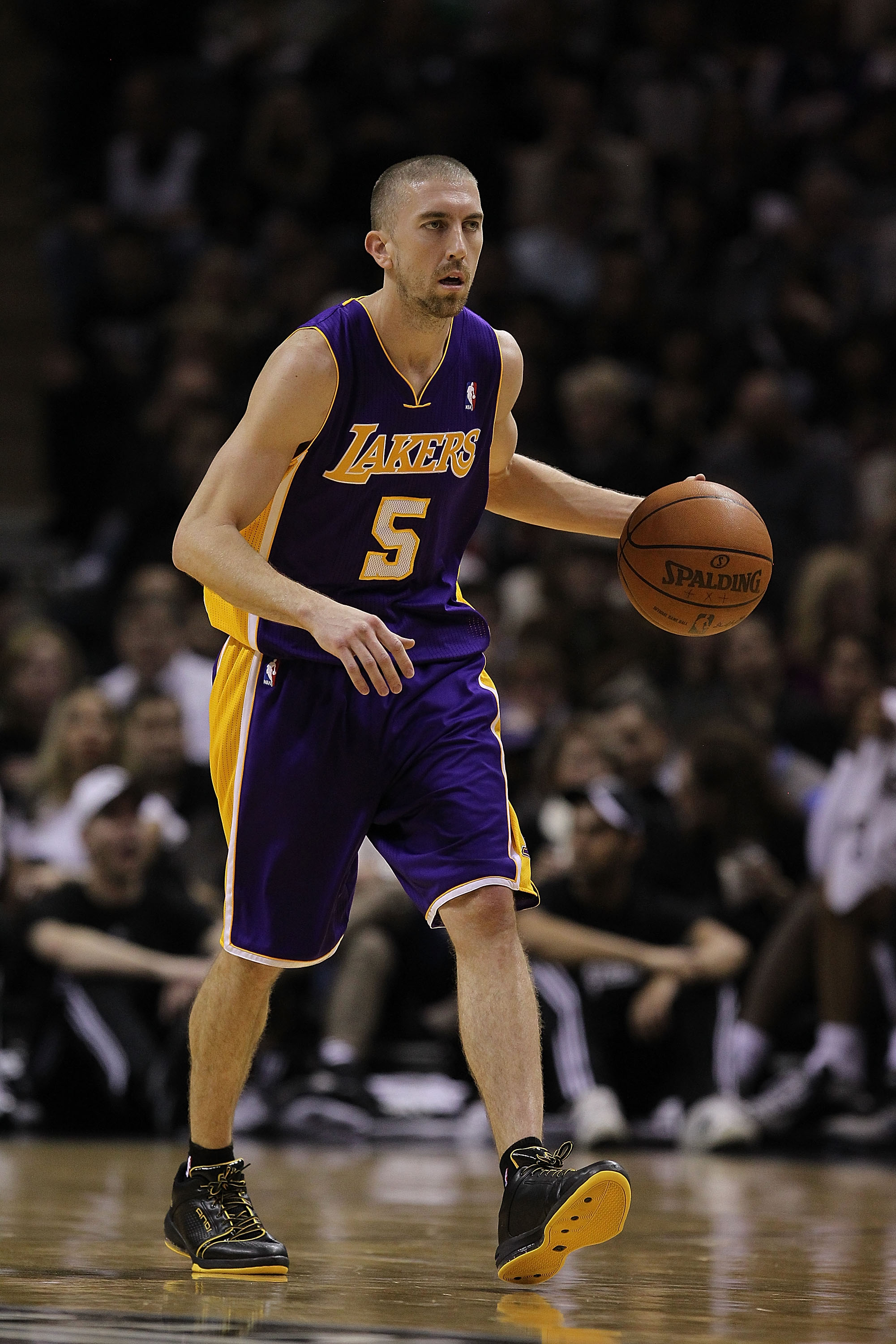 The Lakers brought in Blake on a four-year, $16 million deal to be their back-up point guard and take the stress off of 36-year-old Derek Fisher. But the veteran's been used sparingly this season and plays under 20 minutes a game. He's making Lakers fans regret ever letting go of Jordan Farmar.

Blake's never been more than a complementary player in his seven-year career, but in Los Angeles, he's become an afterthought. His numbers (4.8 ppg, 1.9 apg, 37.7 percent shooting) are down across the board, and it doesn't look like he has Phil Jackson's trust. 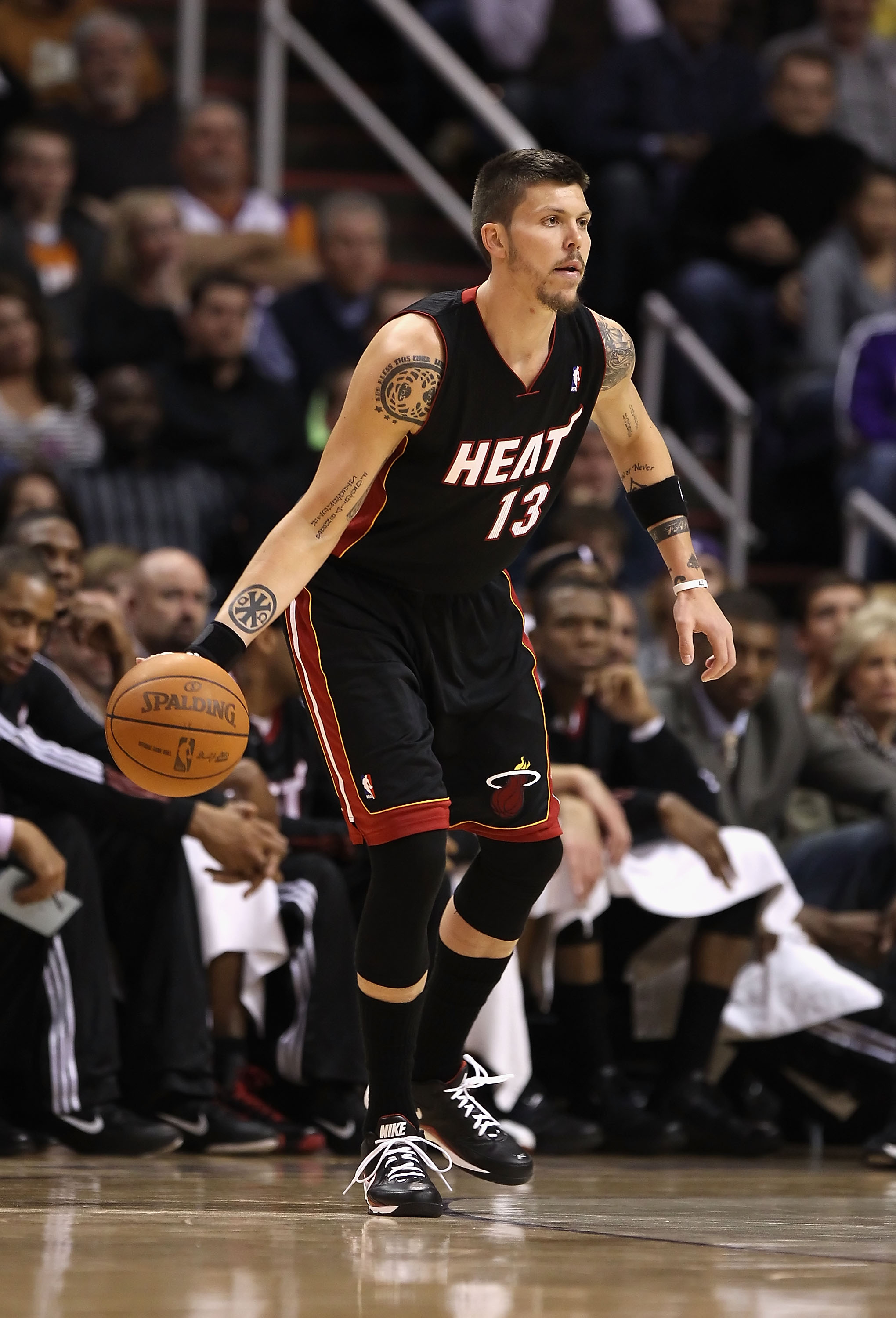 Miller took less money to join James, Wade and Bosh in Miami and be the Heat's three-point shooting threat. But even for five years and $25 million, Miller has been a colossal disappointment thus far.

He missed the first couple of months of the season with an injury, but even since returning, he's been spending a lot of time on the bench. He's recorded four DNP's in the past two weeks and is playing just 8.3 minutes a game. He's scored a whopping three points all season and has yet to hit a single three-point shot.

The Heat seem to be happy with Eddie House and James Jones as their deep threats, making it all the more puzzling why they invested $25 million in the 30-year-old shooting guard.