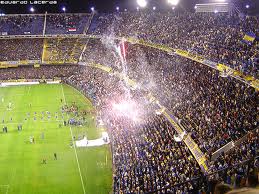 What makes a great football match? Is it the players, is it the occasion, is it the fans, the stadium?

Well, it is really a combination of all four—at least, this is what most ardent football fans who do the hard miles between states and countries to follow their teams will tell you.

''Remember that incredible game with the flares?'' ''That was the season when we went to that amazing stadium in The Ukraine,'' ''That was a must win game—I remember the tension in the build-up'' are some of the things you may hear these fanatics say about particularly memorable games.

But there really are certain venues which are awesome, which can brighten up even the dullest matches; where the lights, the sights, smells and sounds combine to create an intangible energy and sense of anticipation.

In the First Part, I took you on a journey to five continents and 25 extraordinary and important grounds and places:

In the following slideshow, I introduce you to the greatest 25 of football arenas and locations, places where history has been written and which will bear witness to many more pulsating encounters, controversy and glory. 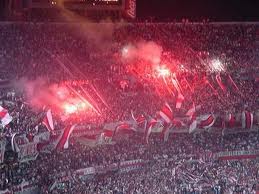 A vast, colourful and hostile arena which typifies the importance of football in Latin America and shows off the passion of the supporters of its club, Club Atletico River Plate, a monumental team in the history of Argentinian football.

Also known as ''El Monumental de Nunez,'' it is considered to be the main national stadium, was built in the 1930s, renovated for the '78 FIFA World Cup and can hold nearly 58,000 often delirious supporters. 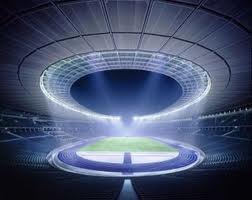 On first appearances, this seems like some kind of futuristic alien spaceship come to capture Leo Messi for scientific study from big grass pitch. Thankfully for football and Barcelona fans, it is just the way this image has been captured.

No, this is the Berlin Olympic stadium, originally constructed in 1934 and renovated in the lead-up to the 2006 FIFA World Cup at a cost of $320 million.

Boasting a capacity of nearly 75,000 spectators, it had the honour of witnessing Italy's dramatic penalty shootout win over France four years ago. 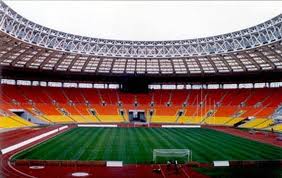 The biggest sports stadium in one of the world's biggest footballing nations.

80,000 spectators can pack into a very modern, spacious arena with excellent sightlines and a loud atmosphere, despite the athletics track in between the stands and the pitch. FC Spartak Moscow are the fortunate tenants. 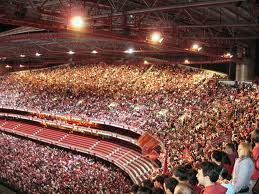 This 'Stadium of Light' is slightly more exotic and special than Sunderland's namesake.

Built in 2003, it can fit nearly 66,000 guests, played host to the Euro 2004 final and will be the location of many magical Champions League and domestic matches involving tenants Benfica. 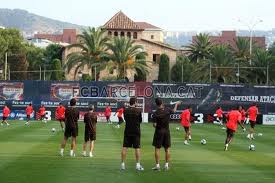 Barcelona's training facilities in the North-western Les Corts district of Barcelona regularly attracts thousands of marvels keen to glimpse the next Lionel Messi. In fact, it was the first youth academy to produce all three finalists for the prestigious Ballon d'Or award in the same year.

Housing 300 players from the ages of seven to 19, the club aims to instill a footballing philosophy in its young stars whose style can most accurately be described as ''tiqui taka'', or one-touch to me and you. 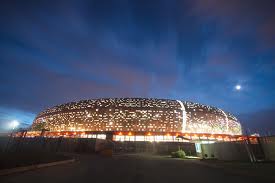 The contrast between the location and grandeur of the FNB Stadium says everything about FIFA's motivations behind their decision to host the 2010 FIFA World Cup in South Africa, and the vision it has of the role it can play in helping societies grow through football.

It is a beast of a stadium perched above the poor and decrepit Nasrec, Soweto area of Jo'anna. Also the site of Nelson Mandela's first speech on his release from prison, the 95,000-seater helped light up the ''Rainbow Nation.'' 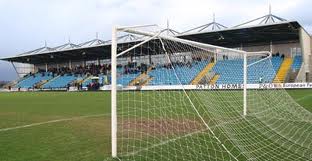 A relatively modest ground ordinarily humbled by most professional football grounds, this is the key venue of the Milk Cup, a renowned youth football tournament which attracts young players from some of the most prestigious clubs in the world, including Manchester United, CSKA Moscow and Cruz Azul.

The 2002 FIFA World Cup involved 30 graduates of this experience and top players such as James Milner, Paul Scholes and Wayne Rooney, as well as countless other internationals, have honed their skills here. 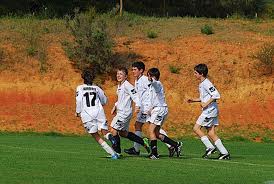 This year, the Costa Brava welcomed the tournament to its golden shores. One of the most beautiful aspects of this competition is that it involves the likes of Arsenal, Barcelona and Porto as well as more modest teams.

Leo Messi, Cesc Fabregas and Marcelo have shone in recent years during the MIC. 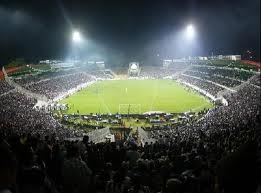 Home of Besiktas and previously Galatasaray and Fenerbache—three of the most respected teams in European football—this stadium is famous for the hostile environment it can create, giving the home team a big advantage before a ball has even been kicked.

It was built a long time ago and is not particularly big in comparison to many of this list's entries, but the history and vibe which visitors associate with and experience in the stadium are incredible. 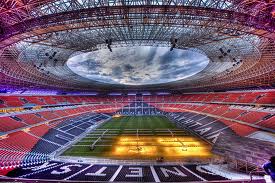 An UEFA Elite five-star rated stadium, this is home to upcoming FC Shakthar Donetsk and will wow audiences in 2012 when it hosts many Euro 2012 matches.

More than 8,000m of steel was needed to construct the stadium and its roof, but the project was completed at a cost of $400 million, a fairly reasonable cost considering its state-of-the-art facilities and the 51,000-seat capacity. 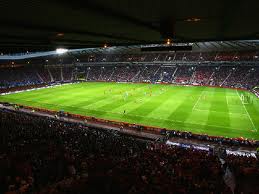 From the naked eye, its external appearance is not a sight for sore eyes, but rather an eyesore.

But this Scottish cathedral of football has hosted seven major European tournaments and many exciting international matches. It is also the home of Scottish rugby. 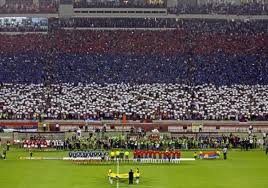 Stadion FK Crvena Zvezda officially, this Serbian masterpiece is home to Red Stad Belgrade and a mainstay of football in the country.

Opened nearly 50 years ago, it has a capacity well over 50,000 and hosted two big European cup finals in the 1970s. It will soon be replaced by a more modern model, which will undoubtedly struggle to recreate a similar atmosphere. 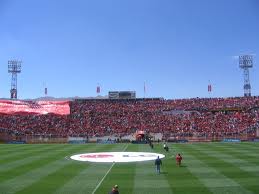 A small capacity but a big player in this slideshow.

This venue scores big on atmosphere (despite the lack of oxygen at this height), beauty and significance for Peruvian football. It had a $2 million renovation to increase its capacity in order to host some of the games in the CONMEBOL Copa America tournament in 2004. 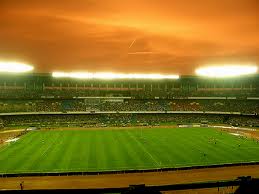 With a capacity of more than 100,000 spectators, it is officially the fourth-largest football stadium on the planet.

Home of two teams in the Iran Pro League, it is a truly beautiful and powerful stadium which should help grow Middle Eastern football in the future. 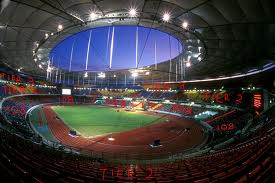 This is the home of the lucky Malaysian national football team; it was opened in 1998 and can hold 87,000 spectators.

Officially the tenth-biggest football stadium in the world, it is an architectural marvel and many huge musical artists have had the fortune to perform at the great arena.