It's All Fundamental: Kobe, MJ & The Top 10 Most Fundamental Players Of All-Time 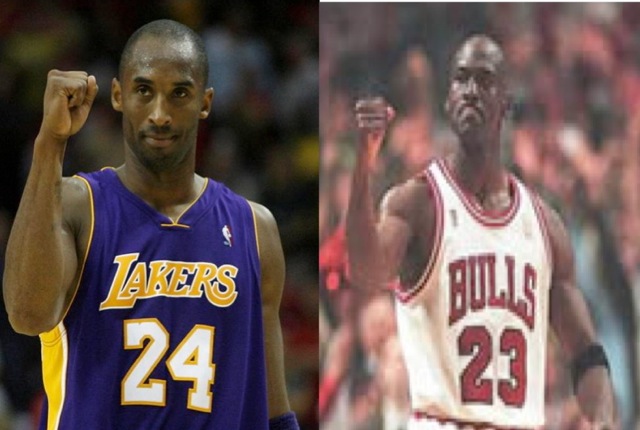 It’s all fundamental, what makes the most complete players of all-time on the offensive end. They have to excel in all aspects of the game.

The list of talented players who never made a career in the NBA could circle the earth. The NBA is full of individuals who possessed super talents, super skills but failed to make it or stay in the NBA.

It is not surprising. Success is not just talent alone.

Sure, players could get by on talent alone in high school. The superior talented ones even slipped by in college. While they found success and were coddled, this actually was there undoing.

They had the wrong attitude. Their success really wasn’t a result of a work ethic or an approach but relied solely on talent.

The NBA has too many players that have both talent and a work ethic. If you only have one, you can’t compete. You must have both.

Kobe Bryant talked about this exact thing yesterday during his annual visit to his high school, Lower Merion, in Philadelphia.  Kobe talked about how important fundamental are and how it is a dying art, at least for US player. Check out the article.

So, who are the most fundamental players in NBA history? And, more importantly, why?

The 4 key offensive areas are:

1. Drive- create their own shot, get to the rim and finish.

2. Mid-range- the deadly art. Drive hard and then pull up. Sink this consistently.

And, just to clarify, we’re going to limit our list to perimeter players since the bigs don’t go out and shoot threes nor do they tend to really drive to the cup. No normal bigs on this list.

That means NO Duncan, Malone, McHale, etc. since they were primarily post players and didn't shoot 3's (except Duncan versus Phoenix in playoffs!!)

In in today’s NBA, the players that excel in all four areas are a dying breed. We can count them on one hand. But, who in the past possessed all these?

Here are the Top 10 Most Fundamental Players of All-Time: 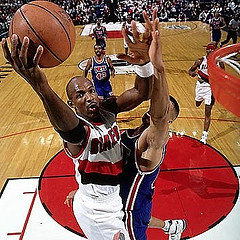 The Portland Trailblazers Clyde Drexler was far more than a highlight film.

Sure, he could finish like the best in history. But that all happened because Clyde set up those drives with mid-range and long distance excellence. He was proficient in stop and pop and in his prime with Portland, he was accurate from three-point land.

This all resulted in solid fundamentals. He even added a reliable post-up game to his arsenal as his NBA career progressed. 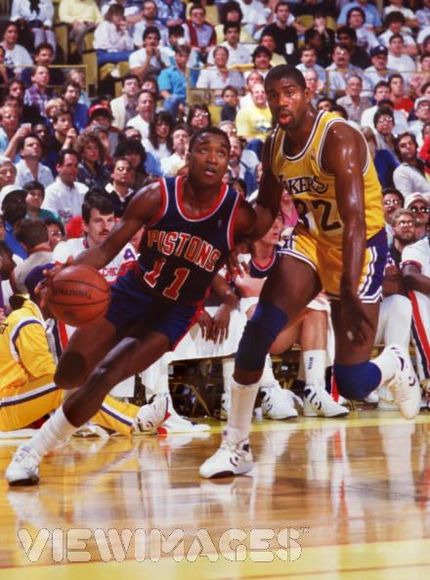 The Detroit Pistons Isiah Thomas might have been short but he is one of the most fundamental and complete players ever to lace them up.

Sure, he was quick off the dribble and could finish. And, of course, he was accurate from long distance. But Thomas was well-rounded. He knew when to pull up and nail a fifteen footer. That kept defenders off balance.

And, he was even solid in the paint, even posting up taller guards. He could go left or right and his footwork gave him an edge down low. 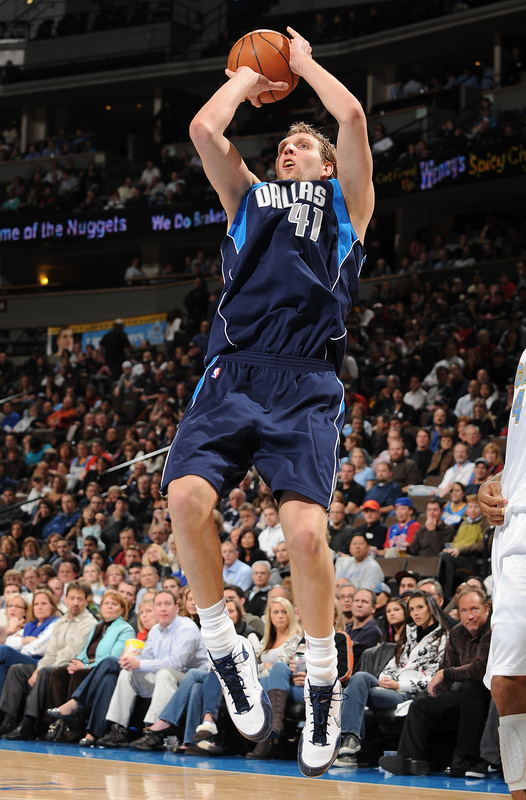 The Dallas Mavericks' Dirk Nowitski is unlike any big man in history. It's safe to say he is actually a small in a big body.

Maybe it's because of his international influence, but he can do it all.

He can drive, he can pull up, he'll post guys up down low or at the elbow and, most deadly, he'll drain threes.

Dirk is what Kobe was talking about in the article from yesterday. That international players are fundamentally sound where US kids can only dunk and shoot threes. Kobe almost went so far to call it a crisis.

If you see how well-rounded Dirk is, it makes you think Kobe is on to something. 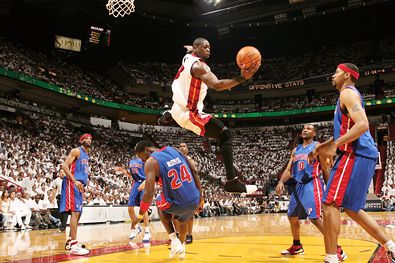 The Miami Heat's Dwyane Wade has it all.

He can go left or right and finish hard. So hard in fact he's always willing to put his body in harms way. And, over the course of his career, he's paid a price for that unabandoned drive.

But Wade also excels in the mid-range game. He can keep you off balance with his stop and pop. Growing up in Chicago, Wade idolized Michael Jordan and Wade has many of the same moves in the post as MJ.

Wade continues to improve as a long distance shooter and when this continues to rise, so does his ranking on this list. He's reliable from three-point land, enough to make you honor that weapon. 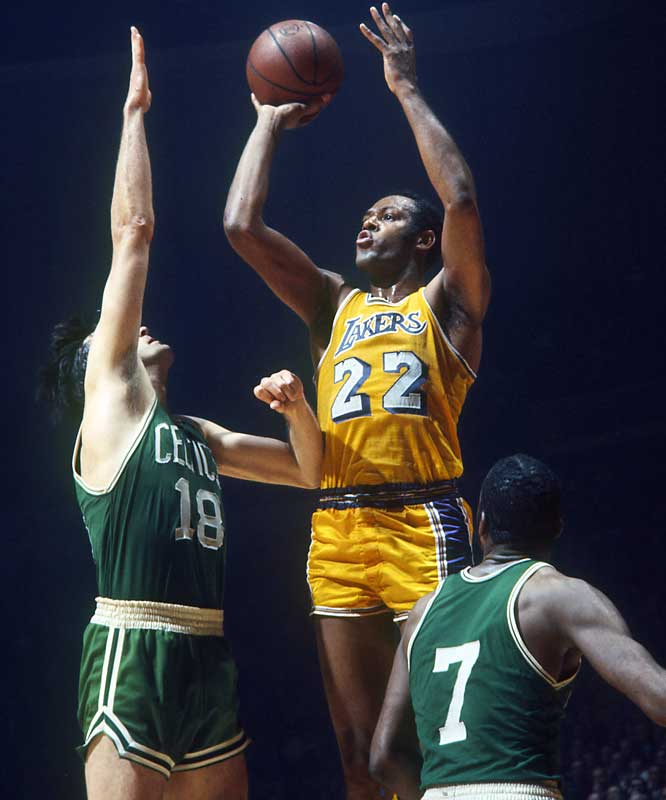 This Los Angeles Laker from the 1960's was the OG of Michael Jordan and Kobe Bryant.

Baylor was a creative jumper, could drive left or right and finish with style. He also would set you up with knock down mid-range jumpers. And, he could shoot from outside. Baylor was a big guard and made smaller ones pay in the post.

He was one of the original fundamentals. 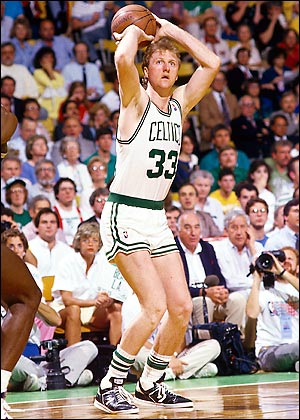 The Boston Celtic's Larry Bird was known as the Hick from French Lick. That was the only country part of his game. Because the rest was all street.

Bird could take guys off the dribble, go left or right and finish with either hand.

But his shooting prowess was textbook and so fundamental. He could drive and pop. He could rub off a screen and drain. He could set up a guy with a mid-range jumper.

And, from distance, he was deadly. He won multiple three-point contests, including one where he didn't even take off his warm-ups. And, at his size, he was proficient in the post.

The only thing Bird lack was lift and it never mattered because his fundamentals made up for it all. 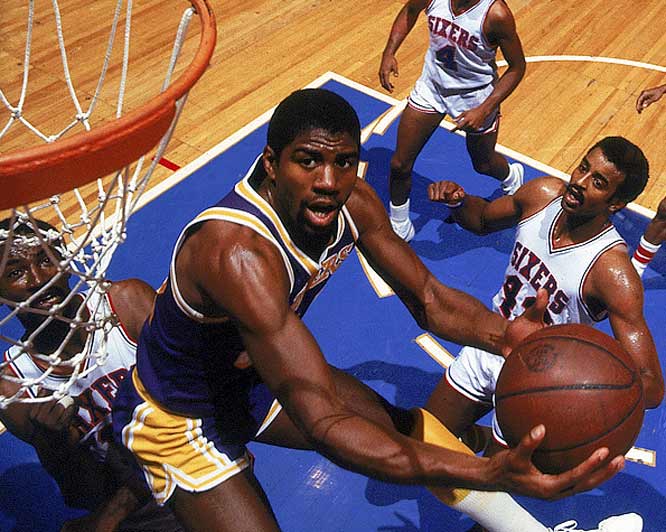 At six foot nine inches, the Los Angeles Lakers' Magic Johnson was the tallest bigman with skill until LeBron James came along. Magic could dribble like a little guard and go to the rim with either hand. He wasn't a great leaper but he was a great finisher.

And, because of his size, he could stop and pop with ease, usually over a smaller defender. Magic also excelled in the paint, where his size would dominate little guys and his quickness would bury bigs.

And, Magic could drain from three-point land. Besides all the other aspects of his game that we won't cover on this list, Magic was all fundamental.

In the 1980's NBA Finals, he played all five positions on the court. You don't do that unless you are well-rounded. 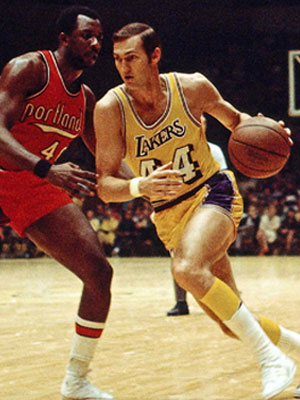 The Los Angeles Lakers' Jerry West might be the silhouette for the NBA Logo but he is also one of the most fundamental and complete players in NBA history.

West could drive and finish from either side and his mid-range game was deadly. He even came into the NBA already proficient in these areas. He could also nail long distance shots, even before the invention of the three-point line. Lastly, because of West's fundamentals and footwork, he had an assortment of moves down low.

The Logo was also fundamental. 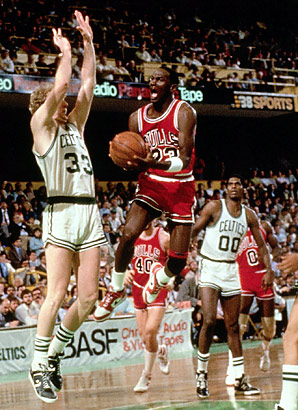 The Chicago Bulls Michael Jordan could do it all. But there is a reason why he is only #2 on this list. MJ could drive and finish, in fact he literally could hang in the air early in his career.

MJ could also hit the mid-range jumper with consistency. And, especially as he got into his thirties, Michael excelled in the post. He developed all kinds of moves down low, including an unstoppable turnaround fade on the baseline.

But MJ never was a high percentage outside shooter. Sure, he could get hot. But, he never had the range that other players on this list had. And, he didn't need to. He shot well enough to keep defenders honest but he was so efficient in mid-range, post, and drive that he didn't rely on the long range stuff.

Coach Phil Jackson reminds everyone over and over again how efficient MJ was and this all comes down to the fundamentals.

Lastly, the Boston Celtics Larry Bird once called MJ "god disguised as Michael Jordan" after MJ lit up the Celtics for 63 points in a playoff game.

The picture above is from that game. By the way, the Bulls still lost to Bird. 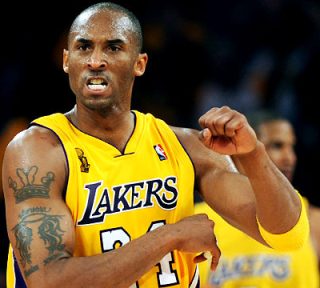 The Los Angeles Lakers Kobe Bryant sits on top of our fundamentals list.

He can do it all and with accuracy. He's a better outside shooter than Michael Jordan.

Don't believe me? Then go with the man who coached them both, Phil Jackson. Jackson claims Kobe has more offensive skills than MJ and is a far better shooter.

The only problem, according to Jackson, is that Kobe chooses to take harder shots. MJ is more efficient. But, I say that Kobe makes them, so why does it matter.

Kobe is is a man who realized the talent he had but didn’t rest on it. His goal wasn’t just to make it in the NBA or be a decent player. He set his bar at the top.

And, it's happened. He can drive, stop and pop, shoot from distance and post up. He's been driven to be the best since high school and his goal to be fundamentally sound began then.

Want to learn why Kobe Bryant considers himself a "talented overachiever"?

Check out the new bestselling book, The Kobe Code: Eight Principles For Success- An Insider's Look into Kobe Bryant's Warrior Life & the Code He Lives By, at www.PatMixon.com.

Love Kobe or hate him, The Kobe Code will change your perception of this NBA superstar.