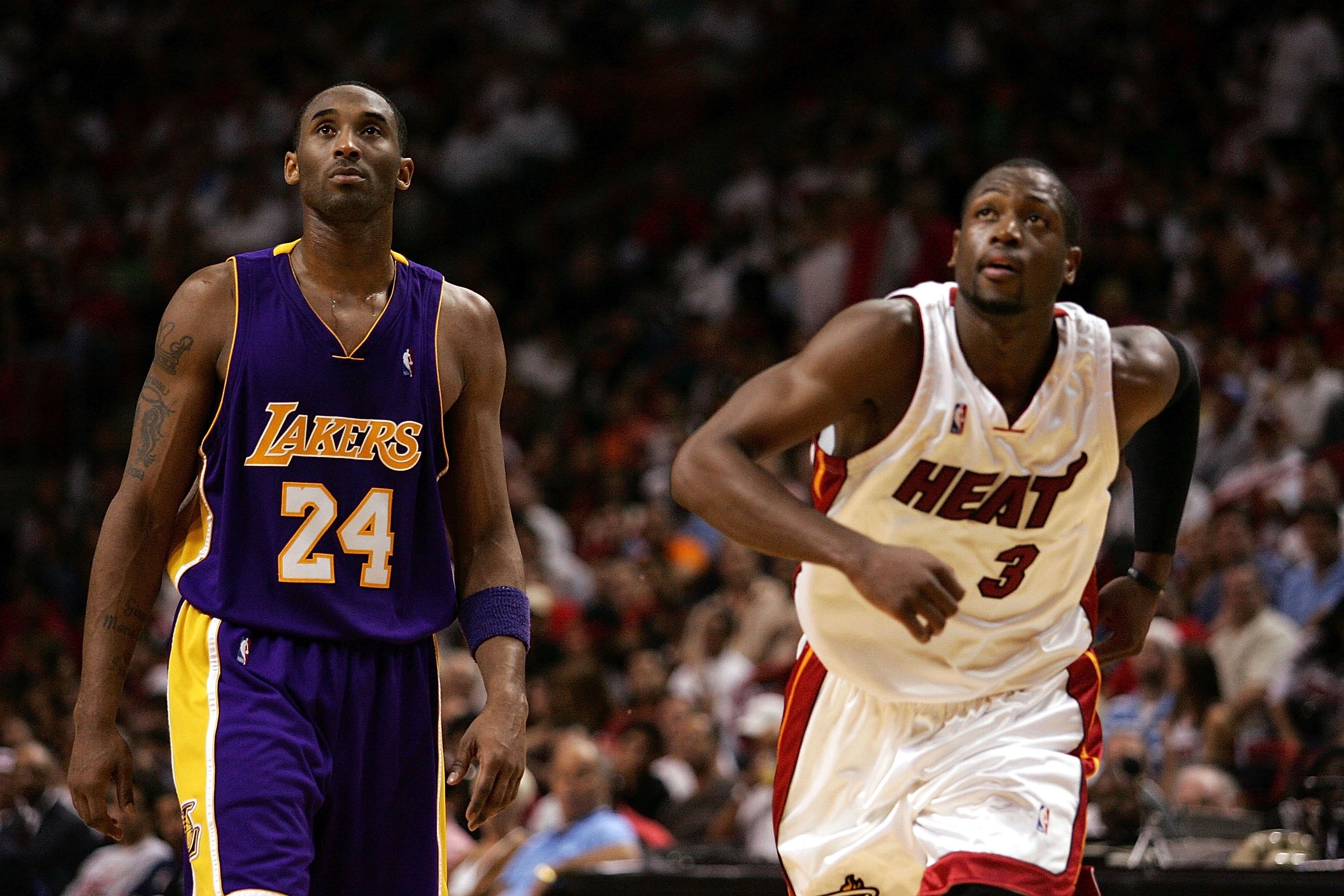 The Los Angeles Lakers and Miami Heat are facing some big problems early in the season.

Miami has been catching a lot of flak for its unimpressive record, but it's not too far behind the Lakers.

The Los Angeles Lakers are currently in the midst of a four-game losing streak, their first in four years.

Each team is plagued by numerous issues and while some of them can be corrected, others will continue to pose more questions than answers.

Miami: No Inside Presence

The Heat currently employ a carousel of big bodies to fill up the middle.

Joel Anthony was fairly successful last season in limited minutes, but he's been woeful this year. He was replaced in mid-November at the starting center position by Zydrunas Ilgauskas.

While Ilgauskas' per game numbers in limited minutes are actually pretty good, he's far from being the tough enforcer that they require.

At this juncture, no.

The Heat just lost their toughest player, Udonis Haslem, for what could be the entire season.

The team got a big body in Erick Dampier, but it's Erick Dampier. He'll fill up some space down low, but he's always underachieved and this year should be no different.

The team's starting power forward, and the third wheel of the proverbial big three, is far from being an enforcer. If you look in the dictionary for the antonym of tough, you would see Chris Bosh listed first.

Lakers: Kobe's Shooting Too Much 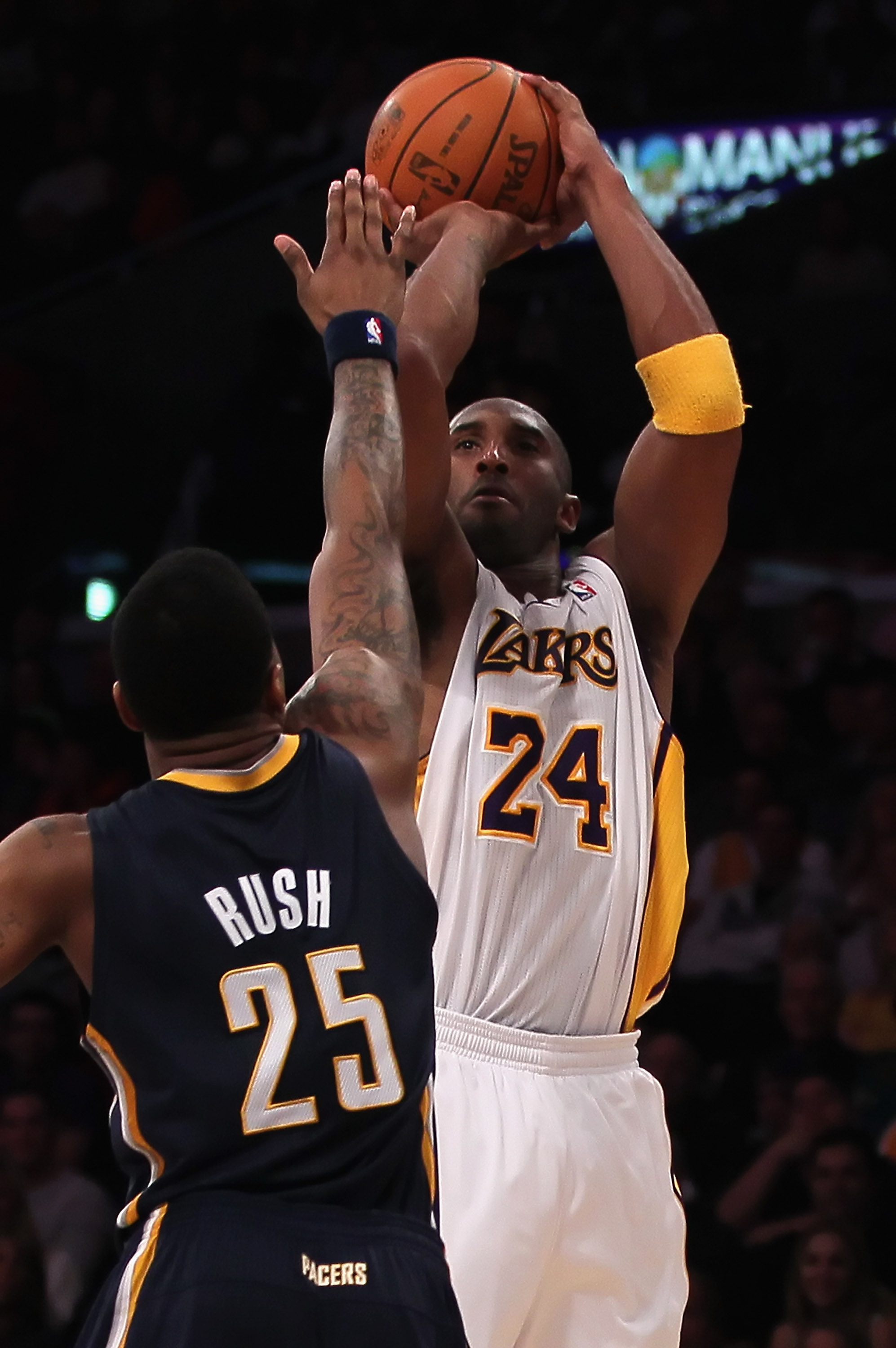 While Kobe leads the team in scoring—putting up 26.7 points per game—he's going about it in a rather inefficient manner.

Kobe is jacking up 21.1 shots per game, just shy of last year's 21.5 attempt rate. Keep in mind that he is doing this while playing five less minutes per game.

Kobe's field-goal percentage is currently tied for the second worst of his career at 42.8 percent. It doesn't help that he shoots 4.6 times from behind the arc while only converting on 31 percent of those shots.

He currently ranks sixth on my list of the best volume shooters in the NBA.

Well, this is up to Kobe. He's a gunslinger at heart and that may never change.

Kobe may be a prolific scorer, but that's a gift and a curse.

Ron Artest and Derek Fisher may be limited in their offensive abilities at this stage of their respective careers, but the Lakers have plenty of depth to make up for it. 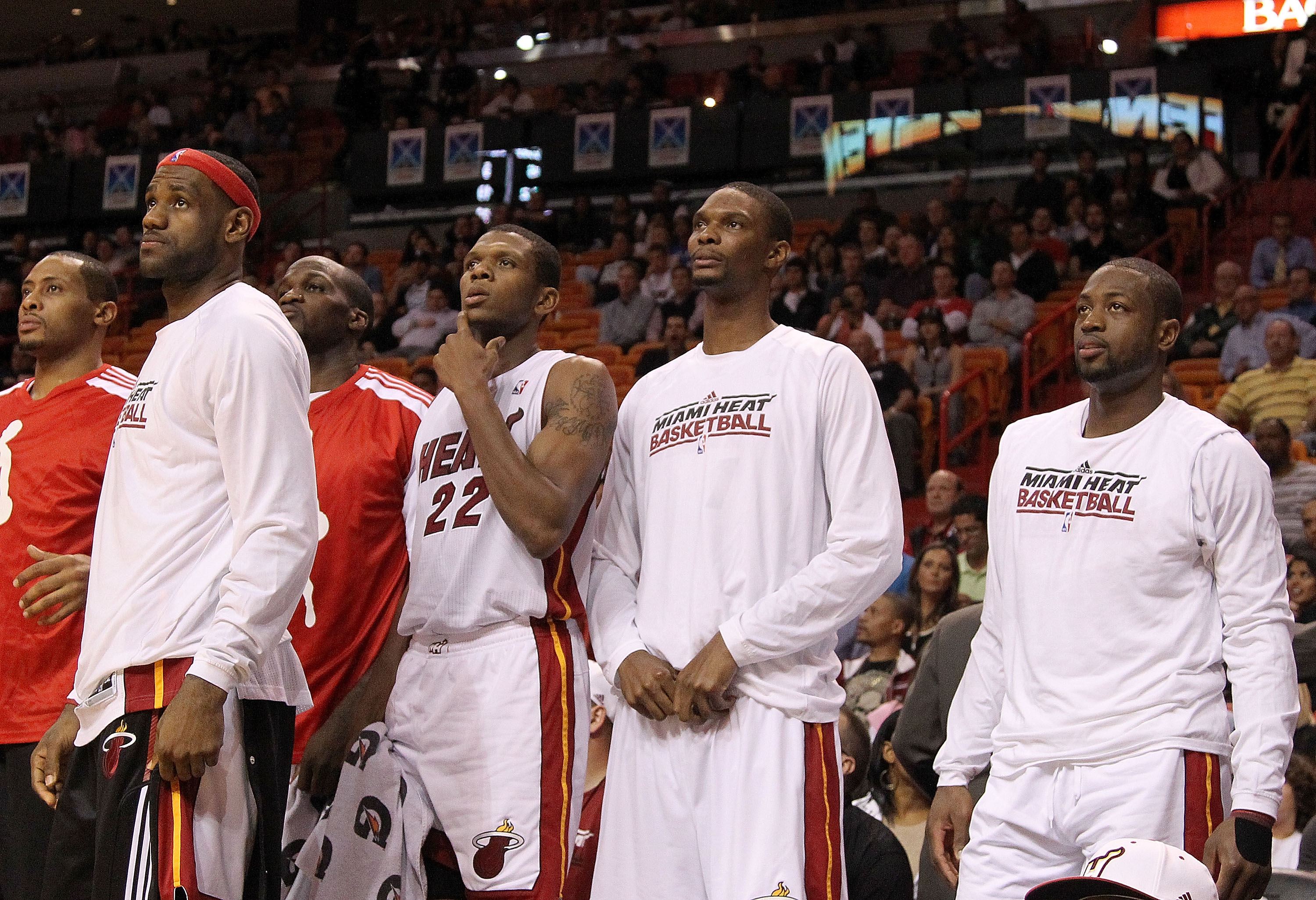 The importance of team chemistry cannot be overstated no matter the team or sport.

Even with all of the talent on the Heat, if there's no cohesion among the players, they can only get so far.

Over time, the team should eventually develop strong chemistry. The question is, how long will it take?

Miami has shown flashes of brilliant team play, but until it can develop the sort of stout chemistry required in a championship-contending team, it won't be able to do it consistently.

The Lakers are the second-best three-point shooting team, but they've faltered from long range lately.

During this four-game losing streak, they're shooting 26.3 percent from behind the arc.

They've been relying on the three-ball far too much and settling for long shots even when they're not falling.

I believe it's only a matter of time before the team starts to knock down shots from deep with more consistency.

Ron Artest in particular really needs to start hitting his shots. His three-point shooting hasn't been bad this year, but he's only hitting a three a game. Kobe draws so many double teams that he, among others, needs to capitalize.

It would also help if Kobe started to curb his trigger finger from deep.

Miami's offense has been predictable and far too simple.

When something doesn't work the first time, they inexplicably try it again right after.

For instance, if the pick-and-roll gets clogged up, they go immediately back to it with the same results.

The lack of a low-post player is also a huge problem. Their best big man, Chris Bosh, is a finesse forward. His back to the basket game is laughable at times.

Yes. They have two of the most prolific scorers in the game in Wade and James.

They need to move the ball around, take smart shots and attack the basket.

The lack of a low-post threat will continue to plague the team, but the offense can be adjusted to make up for it.

With the game on the line in the final five minutes, the Lakers have been unable to get the job done.

Against the Rockets last night, the Lakers were torched on a 22-6 run to close out the game.

Yes. With Kobe Bryant at the helm, the Lakers have the best closer in the game. Also having one of the greatest coaches in NBA history helps.

A healthy Gasol and Bynum should only make things easier when they're back to full strength.

Miami has some solid players coming off the bench, but in its current injury-riddled state, it's hurting for some depth.

Mike Miller is still nursing an injury and Udonis Haslem is out for months.

Behind Dwyane Wade, LeBron James and Chris Bosh, the team is lacking a player capable of consistently putting up double-digit scoring numbers.

Unless the Heat make a trade, no.

If they could find someone to take on Chris Bosh's contract, Miami would be much better off. The team would be better suited with two productive big bodies that are capable of playing physical in the paint rather than Bosh and his finesse offensive game and no-challenge-at-the-rim defense.

Once Mike Miller returns, it should greatly bolster Miami's offense, but he'll still need to be slowly integrated back into the rotation. 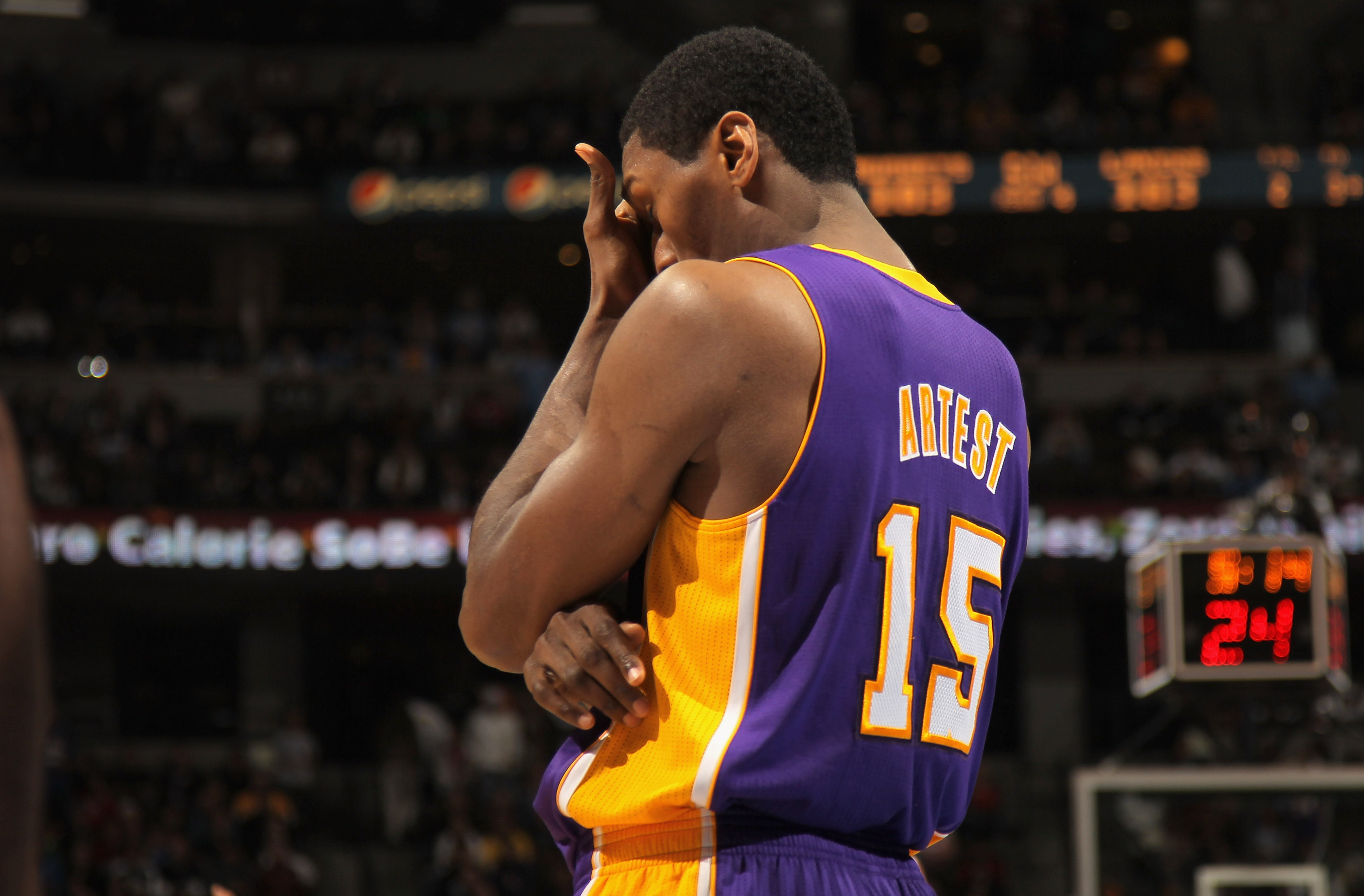 The Lakers defense has been unable to get the job done lately.

They've been collapsing in late-game situations and they're ranked 18th in opponent's points allowed.

Absolutely. When the team is firing on all cylinders, it is capable of putting the clamps on even the most high-powered offenses in the league.

The Lakers have some of the strongest perimeter defenders in the league in Kobe Bryant, Ron Artest and Matt Barnes.

Once Andrew Bynum is back to full strength, they'll have the low-post defensive presence they sorely miss. 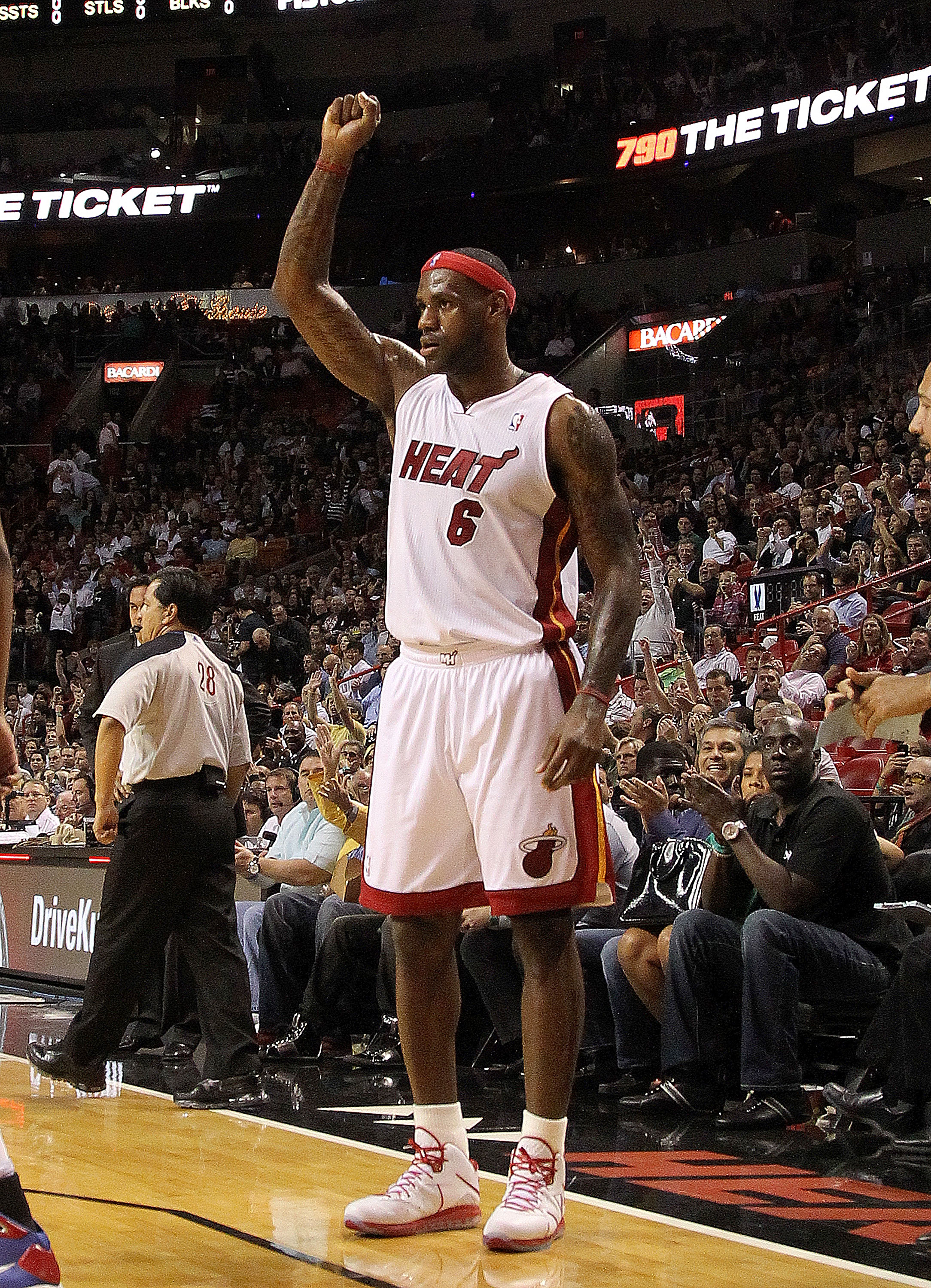 The Lakers made some changes in the offseason, but the core of their championship team is intact with Phil Jackson calling the plays.

In fact, the argument can be made that the roster as a whole is much improved over last year's title-winning team.

Miami is a different story.

Outside of Miami's top three players, the team was constructed from mostly spare parts.

But the source of the team's troubles comes from the team's three best players and not the supporting cast.

I think it's only a matter of time before the Heat get their act together, but there are some glaring holes they will need to address.