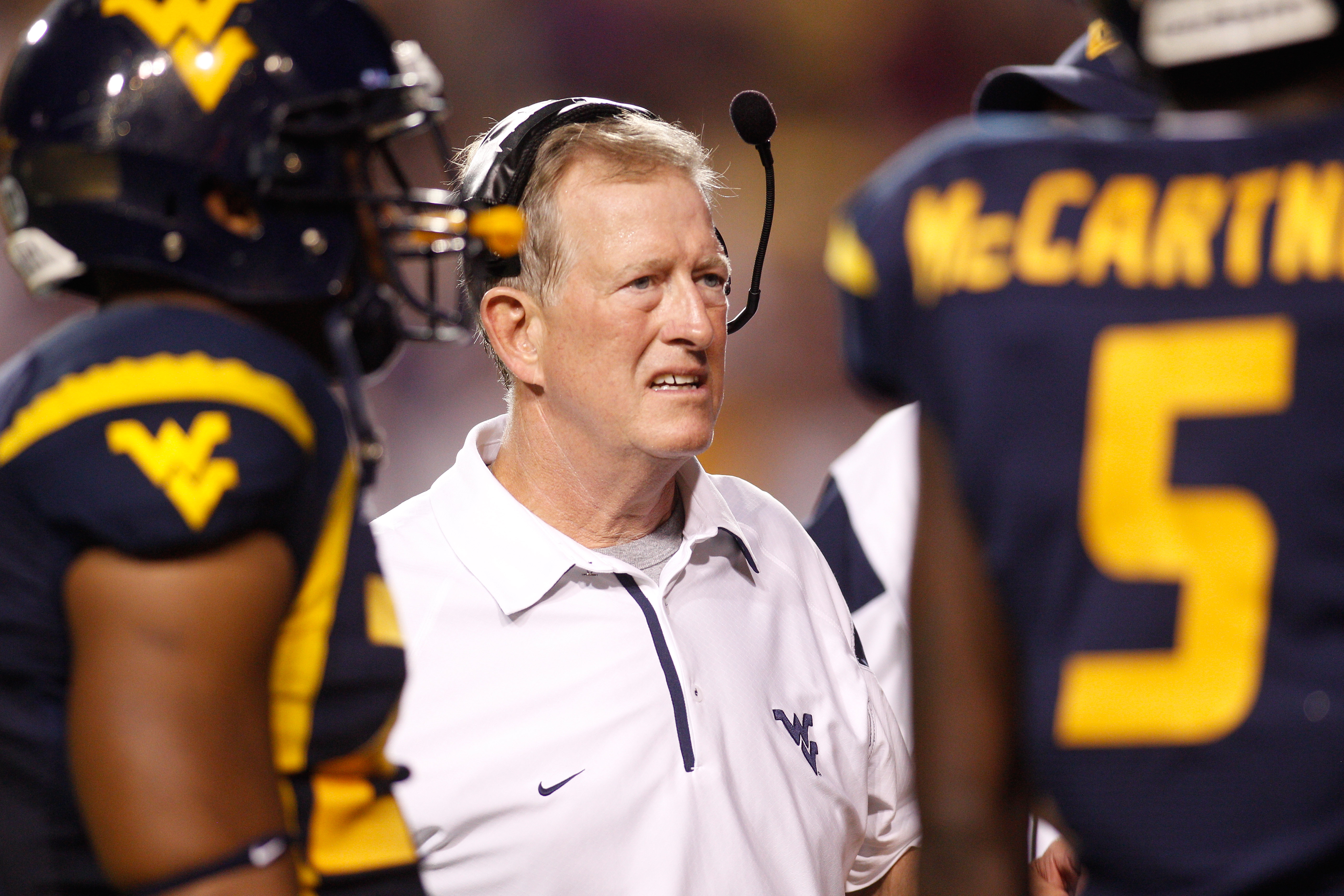 The count is up to two.

That's right, two coaches who were pretty much staples on the hot seat this season have been fired. First it was Minnesota's Tim Brewster, and now North Texas ended the Todd Dodge experiment.

So with two coaches officially off the hot seat because of unemployment, new faces are going to appear.

This week, the Big East makes a splash as we welcome Connecticut's Randy Edsall and West Virginia's Bill Stewart to the party. Coincidentally, the Mountaineers travel to Connecticut for a Friday night game.

So apparently, the winner could be in good shape later that night. 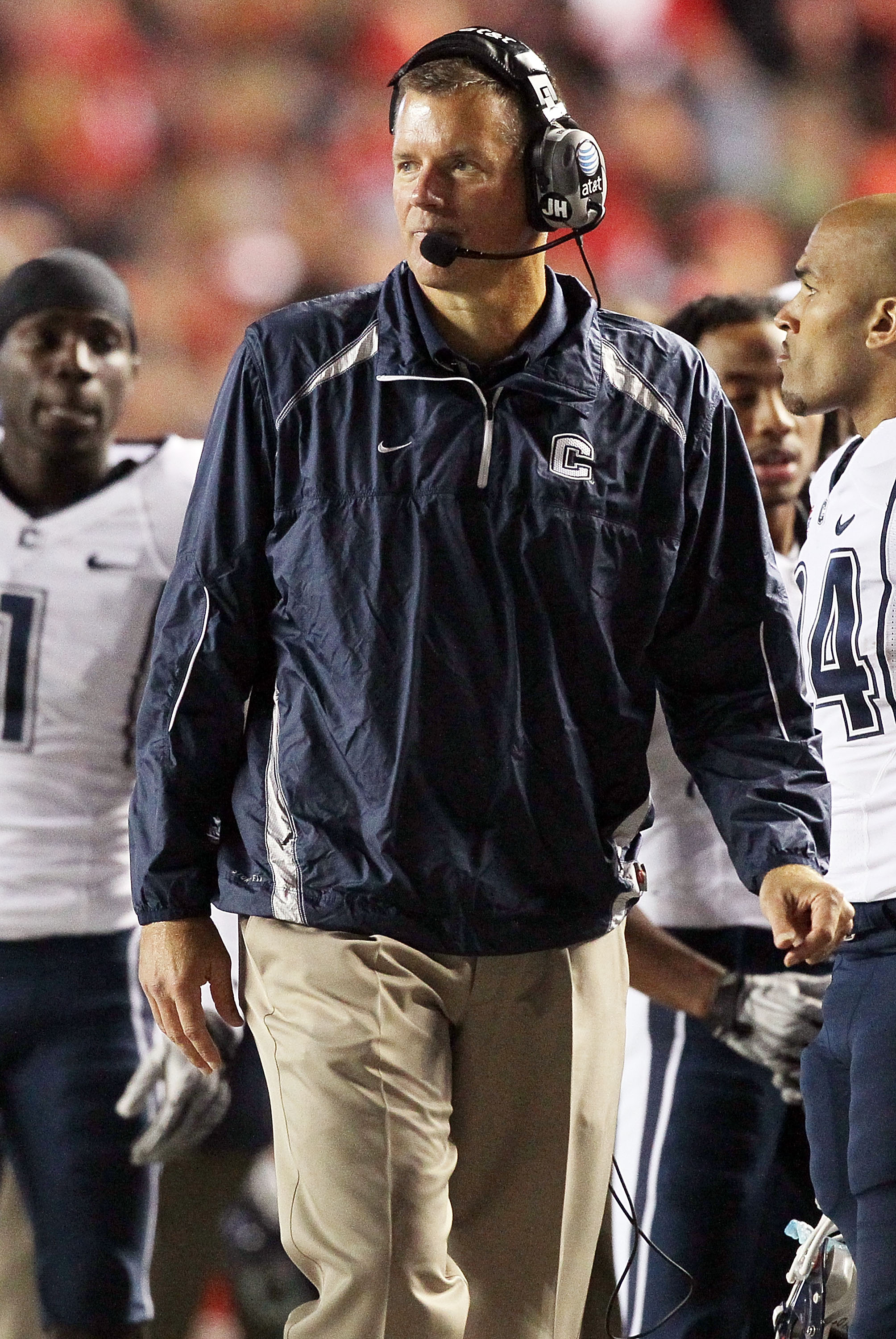 This has been a season of big hopes, but very few results so far for Randy Edsall and Connecticut. The Huskies were thought by many to be Big East contenders.

So much for that. UConn is at the bottom of the standings.

Last week's shutout at the hands of Louisville isn't a total shock, considering the Huskies are essentially going with their third-string quarterback in Mike Box.

Edsall was lauded for his handling of the Jasper Howard killing last year, but now he has to take the heat that comes with underachieving. 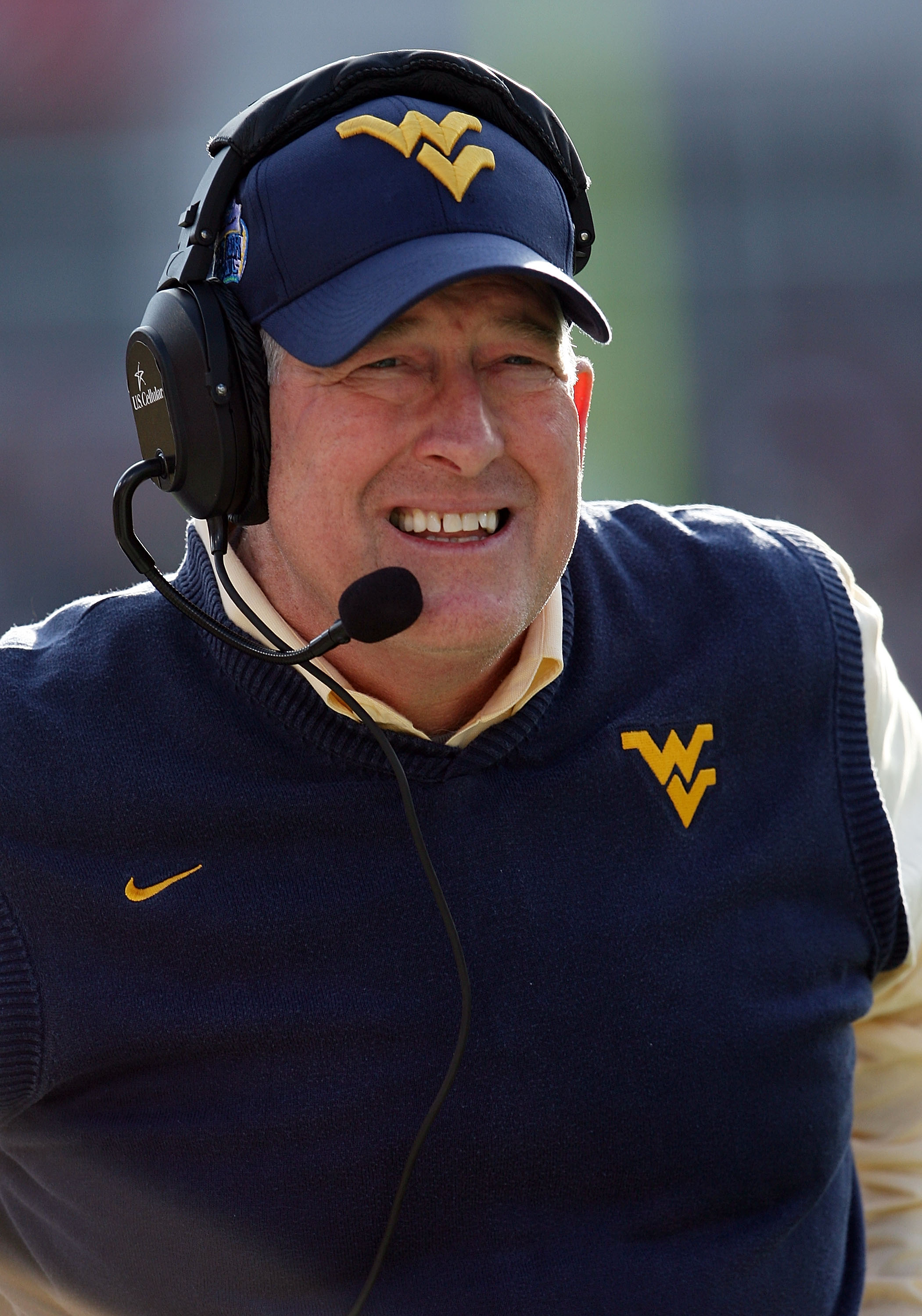 Just when Bill Stewart had the Mountaineers primed for a possible 11-1 season and easy run to a Big East championship, his team laid an egg in a 19-14 loss to two-touchdown underdog Syracuse.

Stewart was blessed with this coaching opportunity — one he did not earn — and he's squandered it by getting out-coached by the likes of Doug Marrone.

The heat in Morgantown not only was turned up on Stewart, but also on offensive coordinator Jeff Mullen.

If the Mountaineers don't rebound and win the Big East, Stewart could be in trouble. 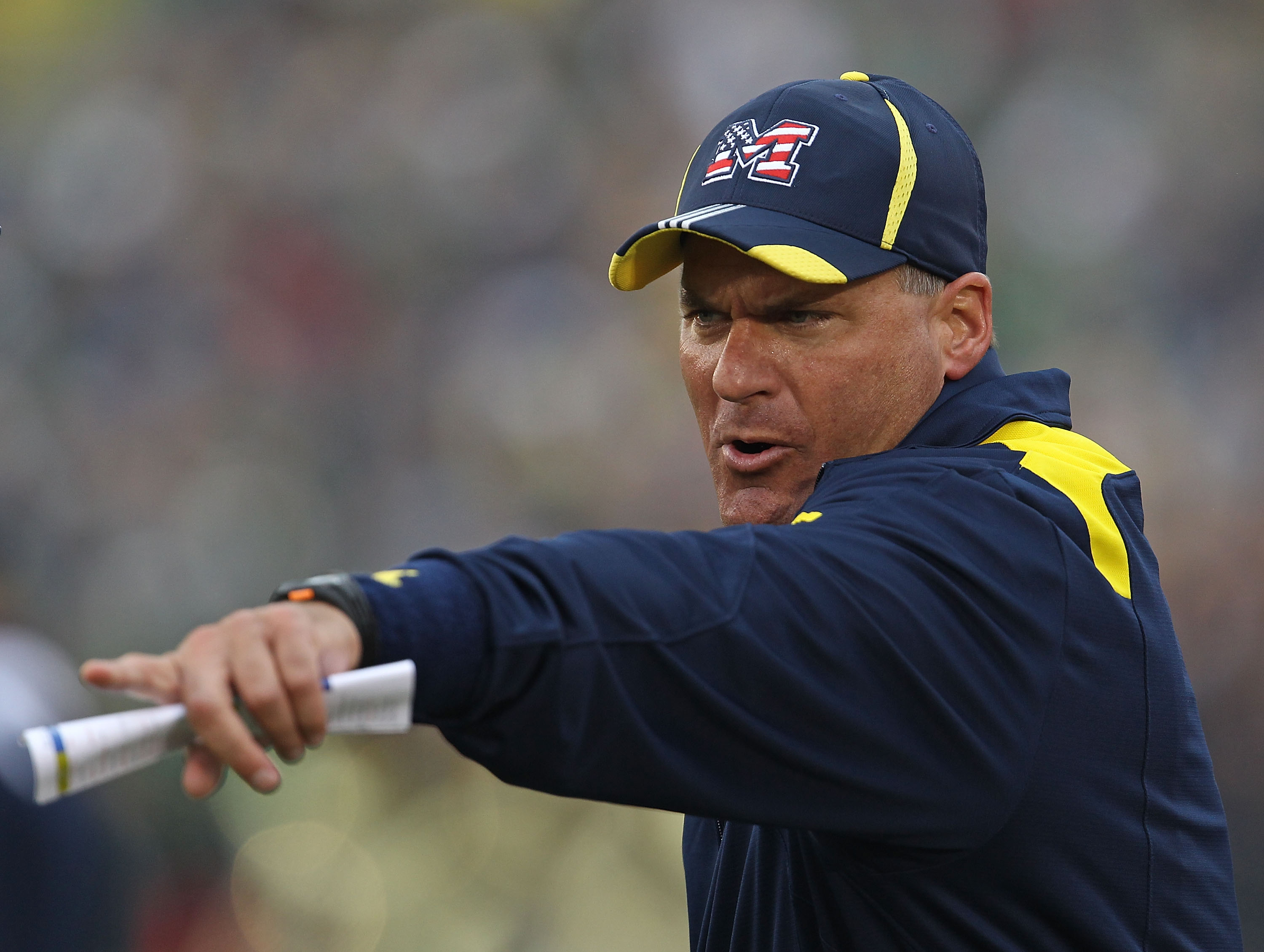 However, the beleaguered Michigan coach is about to begin a three-game stretch in which every game should be a win: at Penn State (Oct. 30), vs. Illinois (Nov. 6), at Purdue (Nov. 13).

If the Wolverines are 8-2 before facing Wisconsin (Nov. 20) and visiting Ohio State (Nov. 27), Rodriguez should save his job.

In fairness to Rodriguez, anyone who has watched this team in 2010 realizes that Michigan is probably a year away from being a serious contender. Defense is still a major concern though. 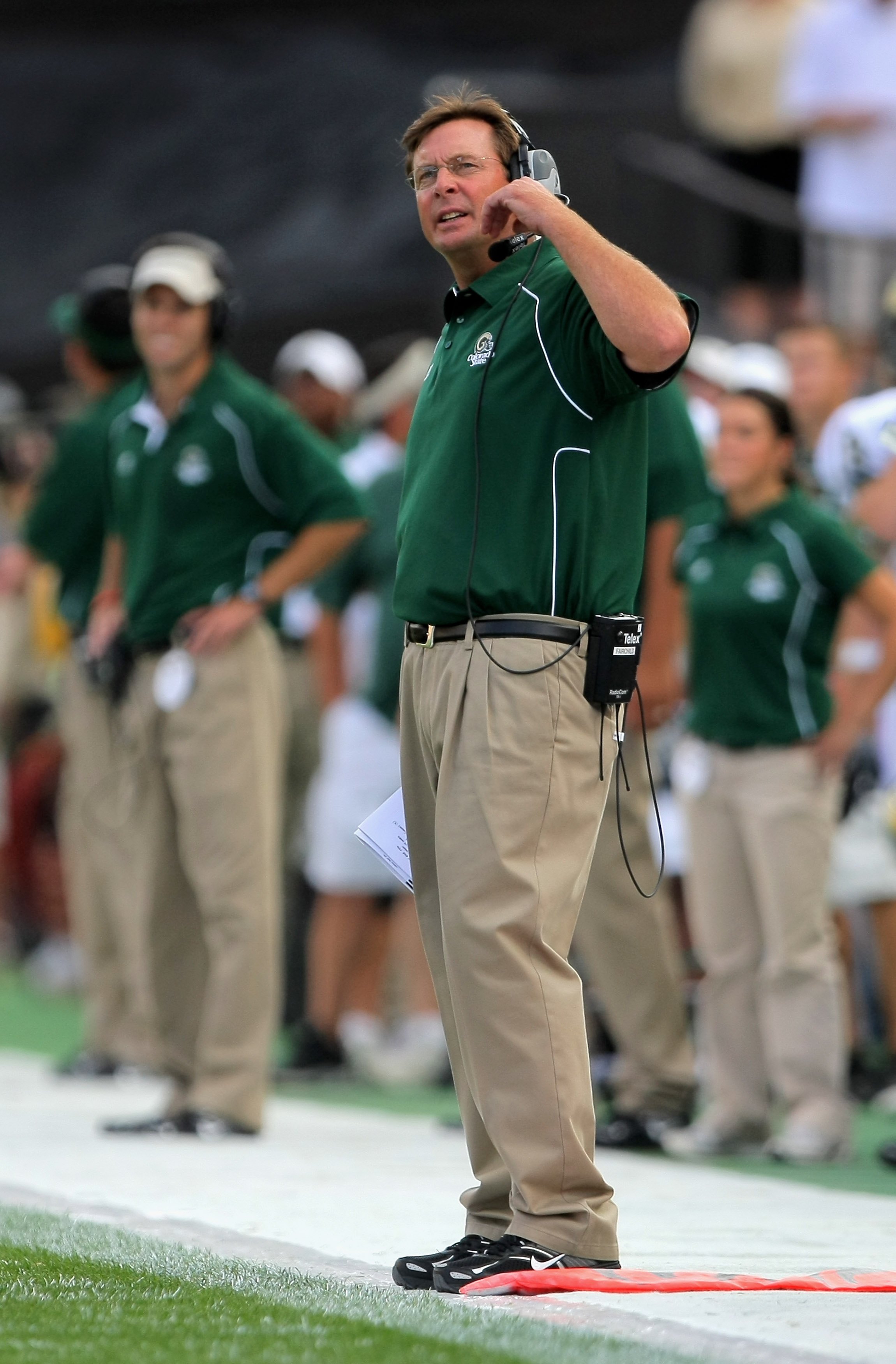 The Rams have played a tough schedule this season, so Steve Fairchild's future may get decided over the final four games of the season.

If he can pull off a 3-1 mark, Fairchild may get to return to the sidelines at Colorado State for a fourth season.

Fairchild is well liked at CSU but, with losses mounting, the goodwill may get him only so far with others who want to see better results on the field. 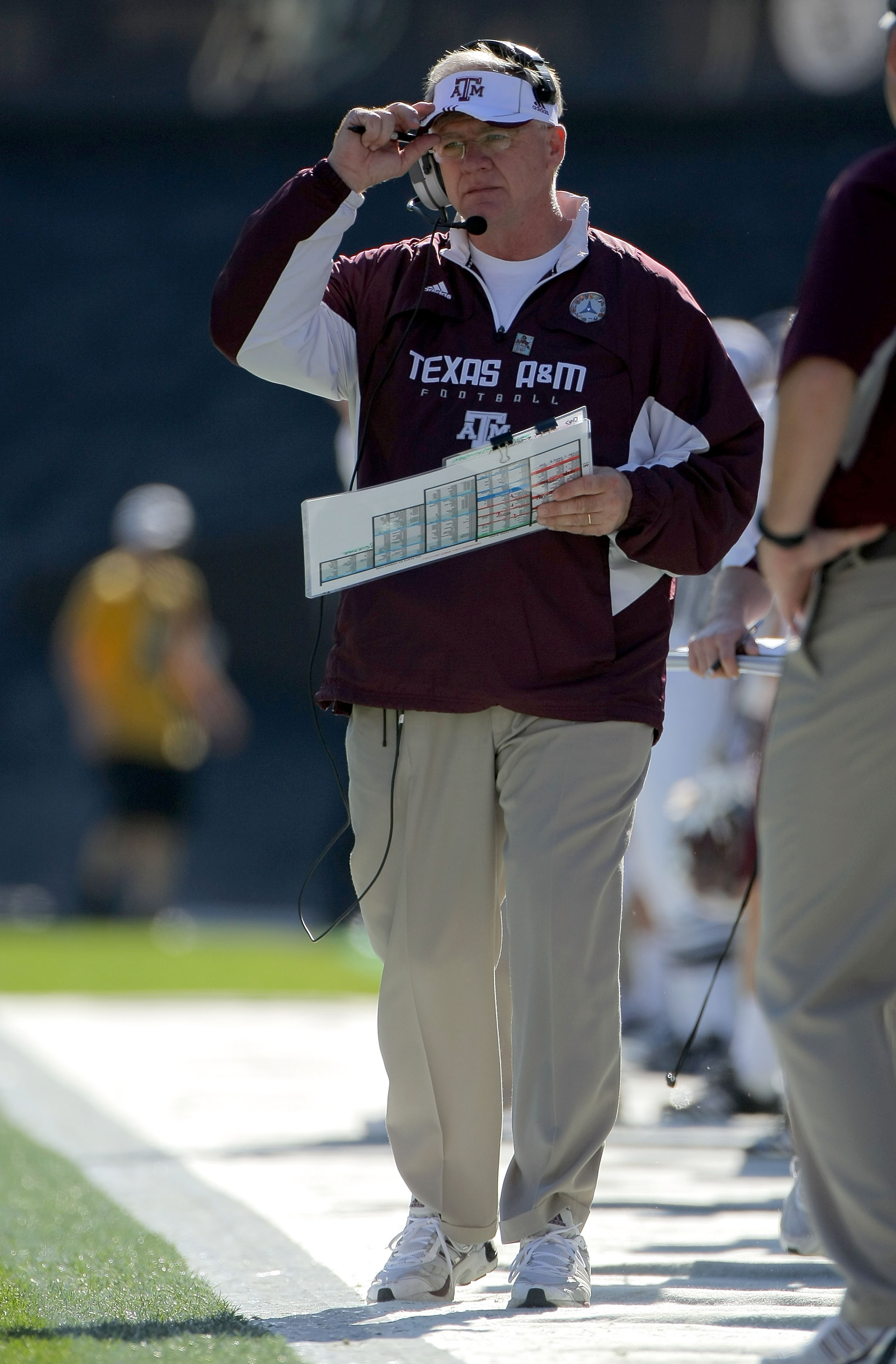 First, his Aggies took care of business and whipped Kansas 45-10 in Lawrence for a good road victory. Second, Missouri defeated No. 1 Oklahoma, which made the loss to the Tigers a week earlier not so hard to understand.

But can Sherman get the Aggies bowl eligible?

The season finale at Texas may actually be his best shot at a win. 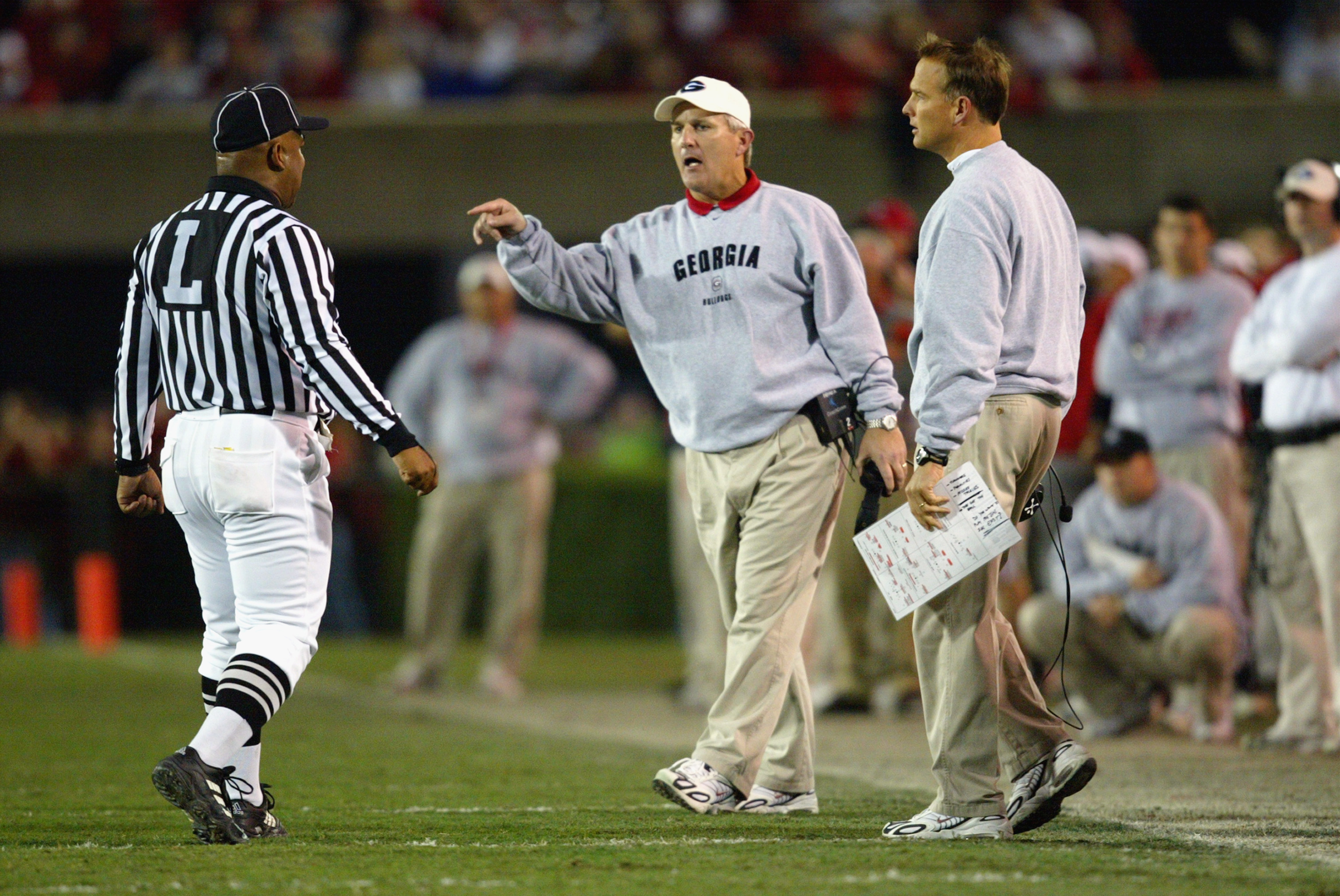 Neil Callaway had the Blazers prepared and primed for a big-time upset this past weekend, but Mississippi State still prevailed 29-24.

That's twice this season that UAB has been on the brink of knocking off a team from the SEC only to go home with another loss.

It's going to be tough for the Blazers to regroup this week as they travel to Southern Miss. 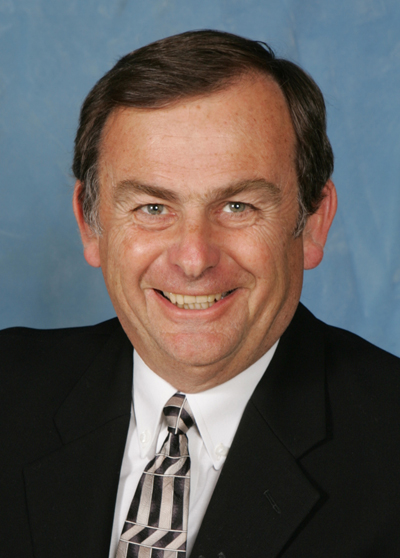 In just his second season at Ball State, you would think there would be more patience with Stan Parrish.

Problem is he took over a program that finished 12-2 in 2008 and there haven't been many victories since.

If Ball State just won the games it was capable of, the Cardinals would probably be 4-4 right now.

Attendance has dipped since Parrish took over and support is waning quickly. The only thing that might save his job is the difficulty the university might have in paying him his buyout clause. 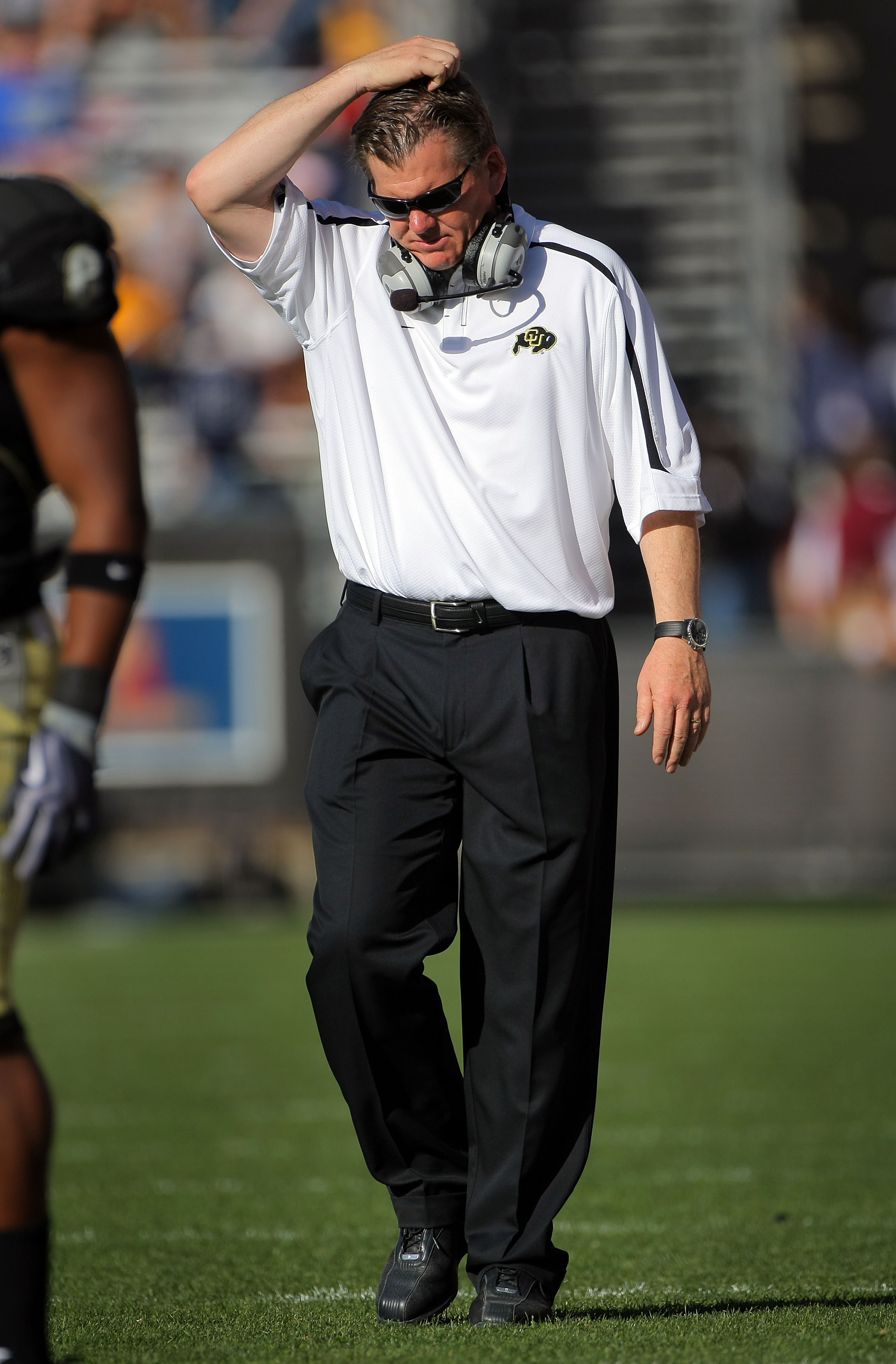 Dan Hawkins has been on the hot seat for two-plus seasons now and it almost seems inevitable that he won't be coaching the Buffaloes when Colorado joins the Pac-12 next year.

He entered the season on shaky ground, and now his starting quarterback is gone for the season. So who is that coming to the coach's rescue?

None other than his son — senior quarterback Cody Hawkins. What a story that would make if the younger Hawkins could guide Colorado to a bowl game and save his dad's job.

One small problem with that happy ending...it was Cody's ineffectiveness early in his career that put his father in this position now. 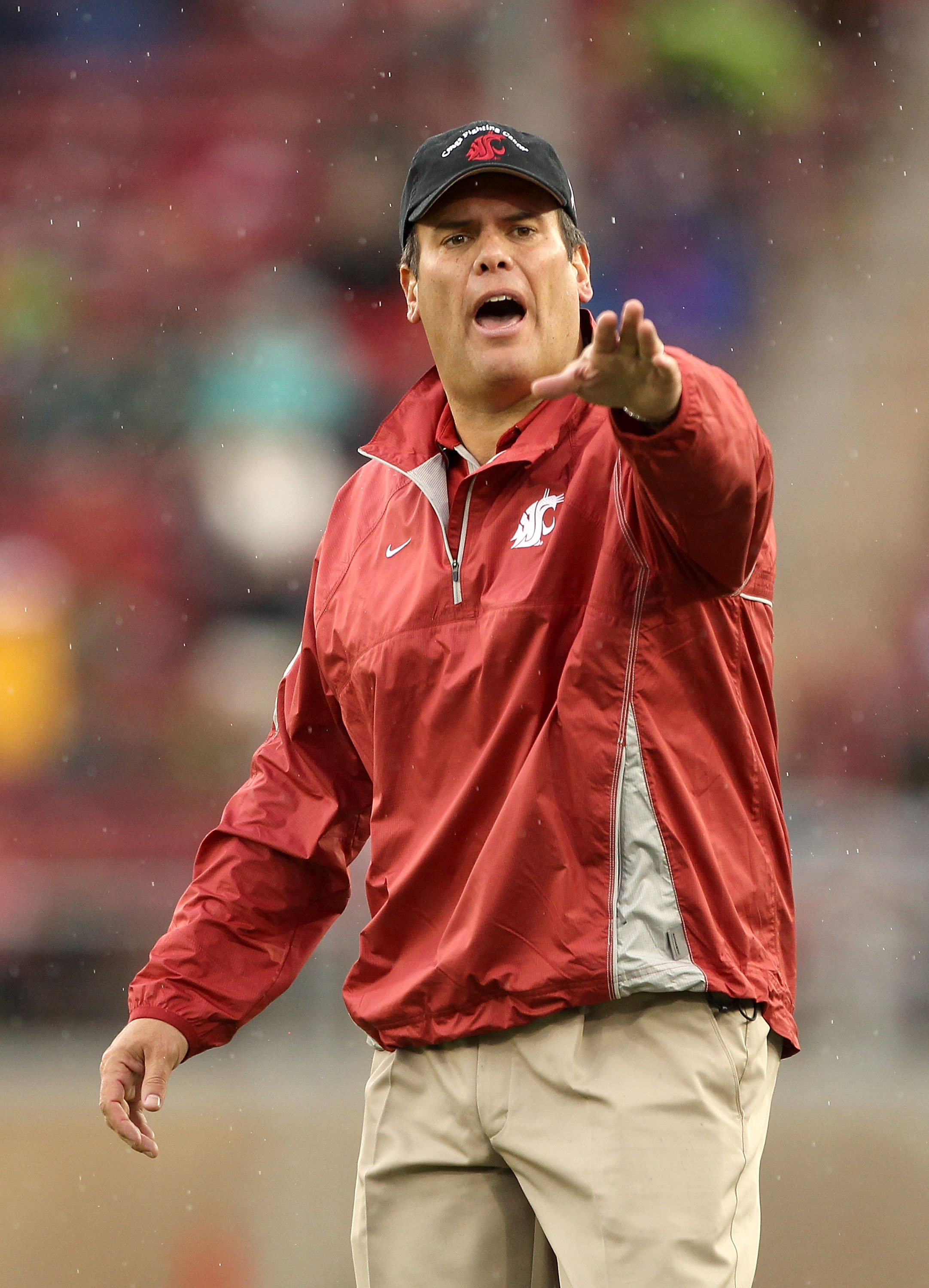 Another week and another loss for Washington State.

There aren't many Paul Wulff supporters anywhere from Pullman to Seattle, but the only one that may matter is Washington State Athletic Director Bill Moos.

Moos may not have a choice but to make a move. But if you've watched any of the Cougars' games lately you could make an argument that this team is getting better in Wulff's third season.

He ranks so high because his teams just haven't won since he arrived. One more year would probably be the best gauge of Wulff, but he probably won't get the shot. 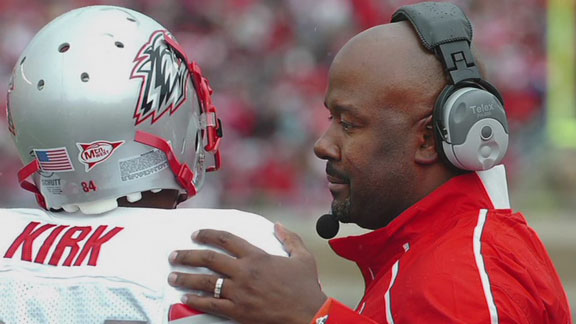 Did New Mexico not see how easy it was for Minnesota and North Texas to make a move?

Just pay him off, cover the costs of the moving vans and finally put an end this poor hiring decision.