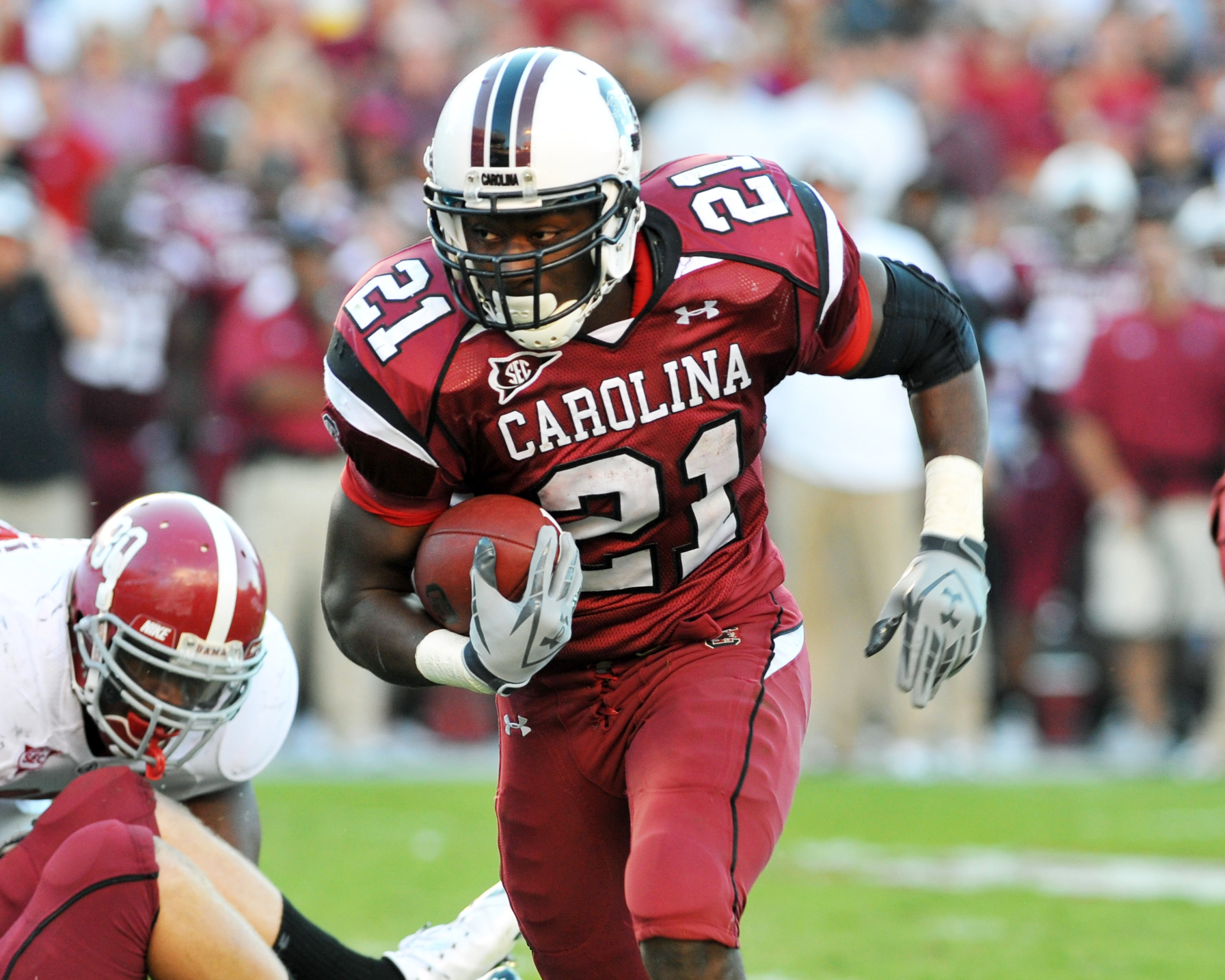 Marcus Lattimore has proven his worth already for the South Carolina Gamecocks.

In only five games, Lattimore has garnered Heisman hype and has led the Gamecocks to a 4-1 record with a signature win against then-No. 1 Alabama.

Currently, he has 459 yards and eight touchdowns. His touchdown total is tied for fourth in the country, albeit with many who have eight.

At this current rate, his total stat projection is very good and would rank as one of the best single-season Gamecock running campaigns.

If he remains steady, his end of the year line may look something like this: 1,196 yards, 21 touchdowns and plenty of offseason accolades. The yardage may be higher if he has big games against some of the weaker teams (Tennessee, Troy, Vanderbilt and Clemson).

If that occurs, he would already be eighth on the Gamecocks' all-time touchdowns list.

South Carolina hasn't really been "Running Back U." Where will Lattimore end up on the all-time list? 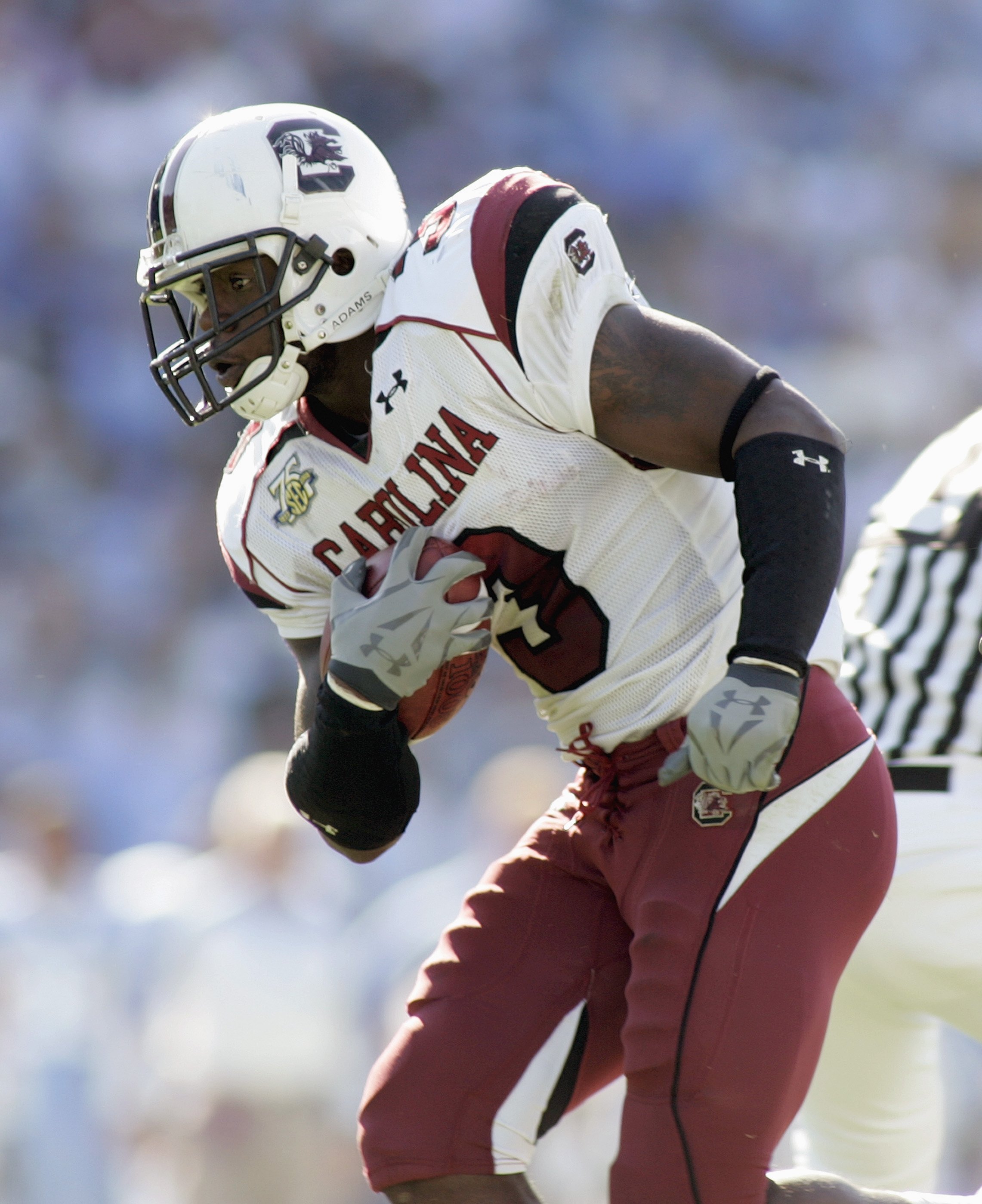 This is a partial pick...many other backs deserve recognition at No. 5.

Cory Boyd was special. He is sixth all-time in touchdowns for the Gamecocks with 23 and 10th on the all-time rushing list. 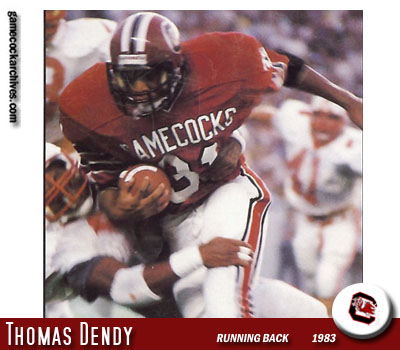 Thomas Dendy was an interesting running back for the Gamecocks. He is fifth on the list of all-time rushers with 2,767. His average was 5.6 yards per carry...highest among the career leaders.

He only scored 18 touchdowns, though. 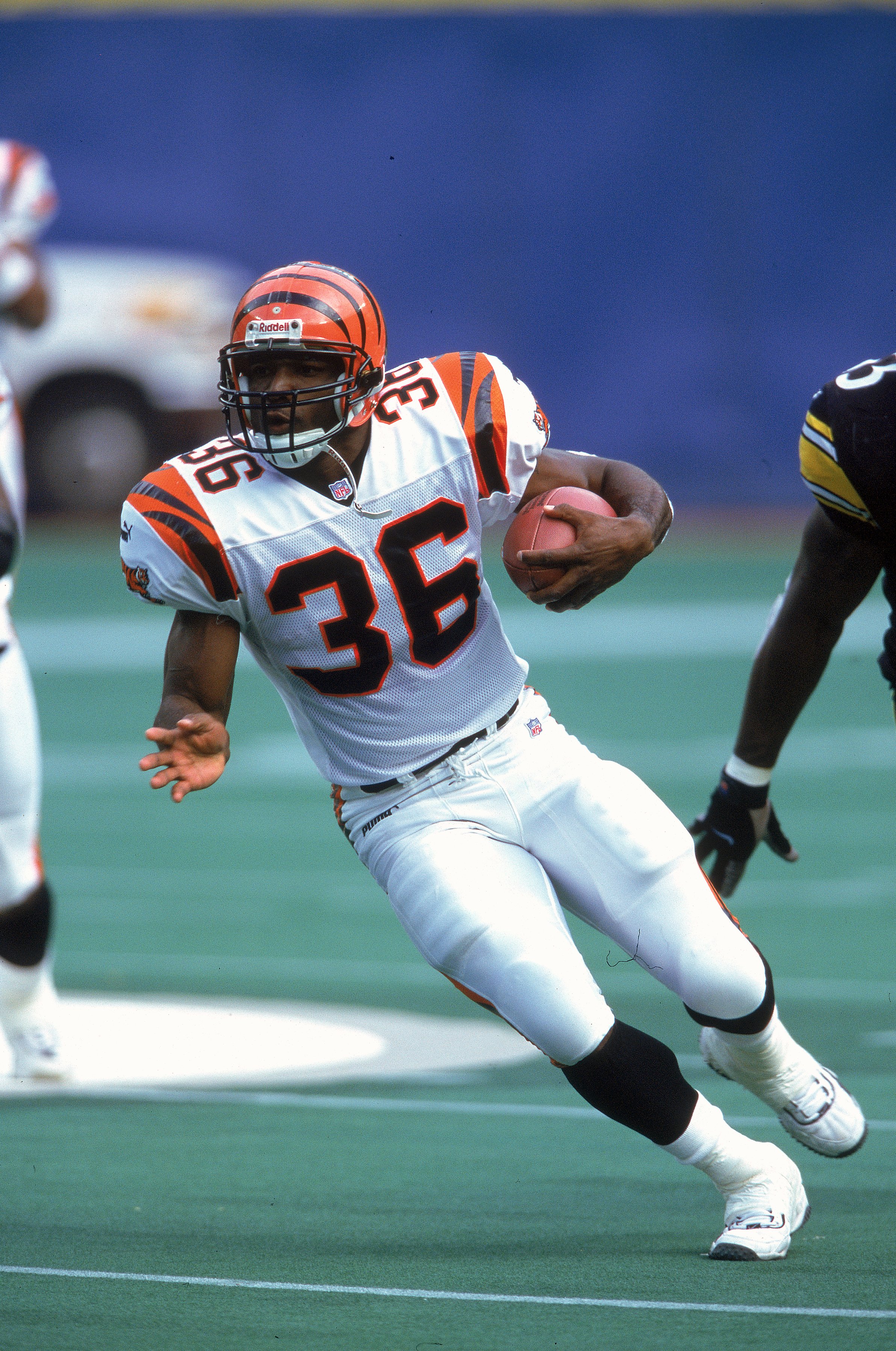 No. 3 on my list was a tough one, because Brandon Bennett and my No. 2 were very close...

Bennett was a fan favorite in the early '90s, and it is easy to see why. South Carolina fed him like a hungry animal. He is third on the all-time touchdowns list for South Carolina and also second in yards. 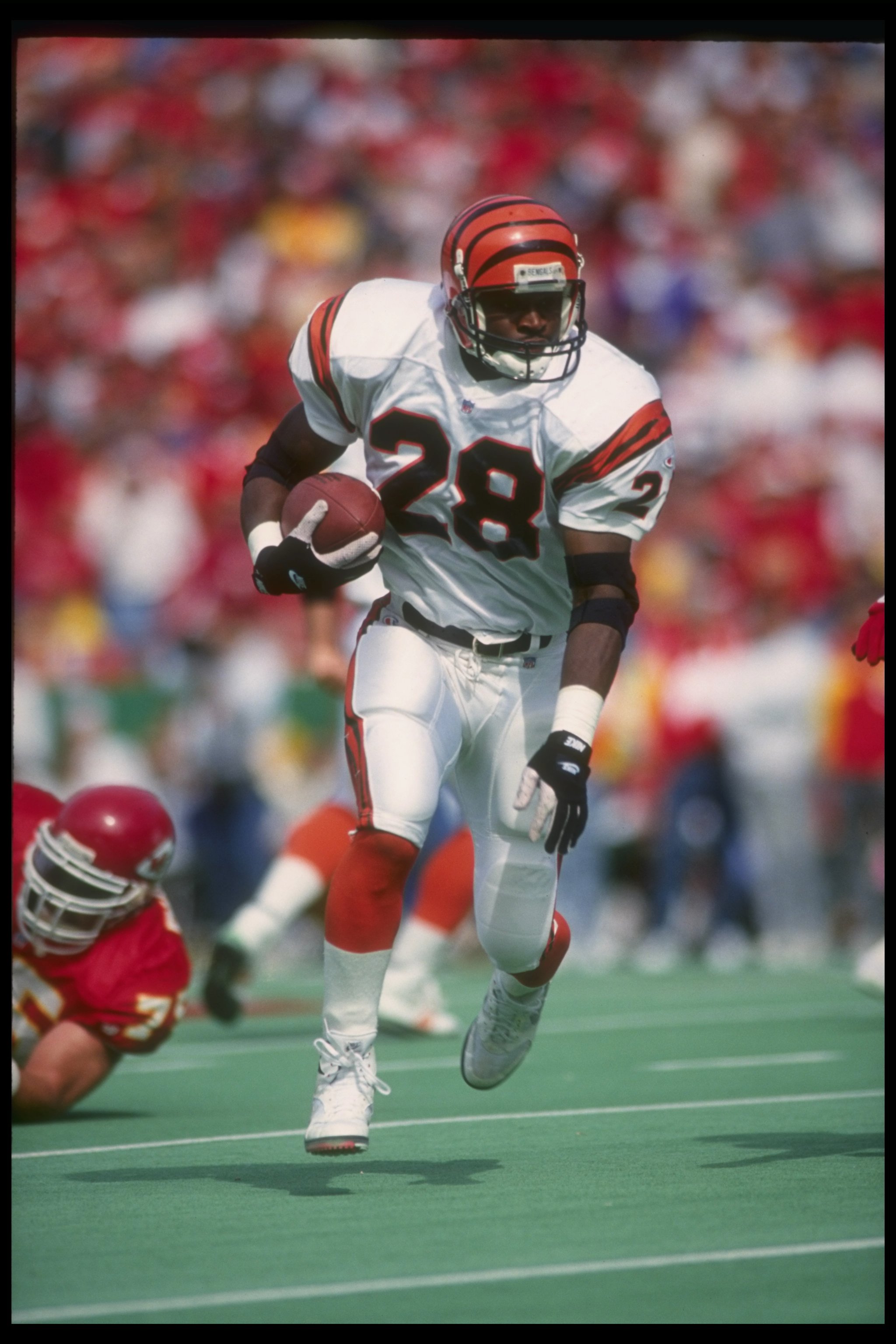 Harold Green was a monster for South Carolina. He is currently tied at the top of the list in touchdowns with 31 and third in yards with 3,005.

He also had a productive NFL career, making a Pro Bowl for the Cincinnati Bengals. 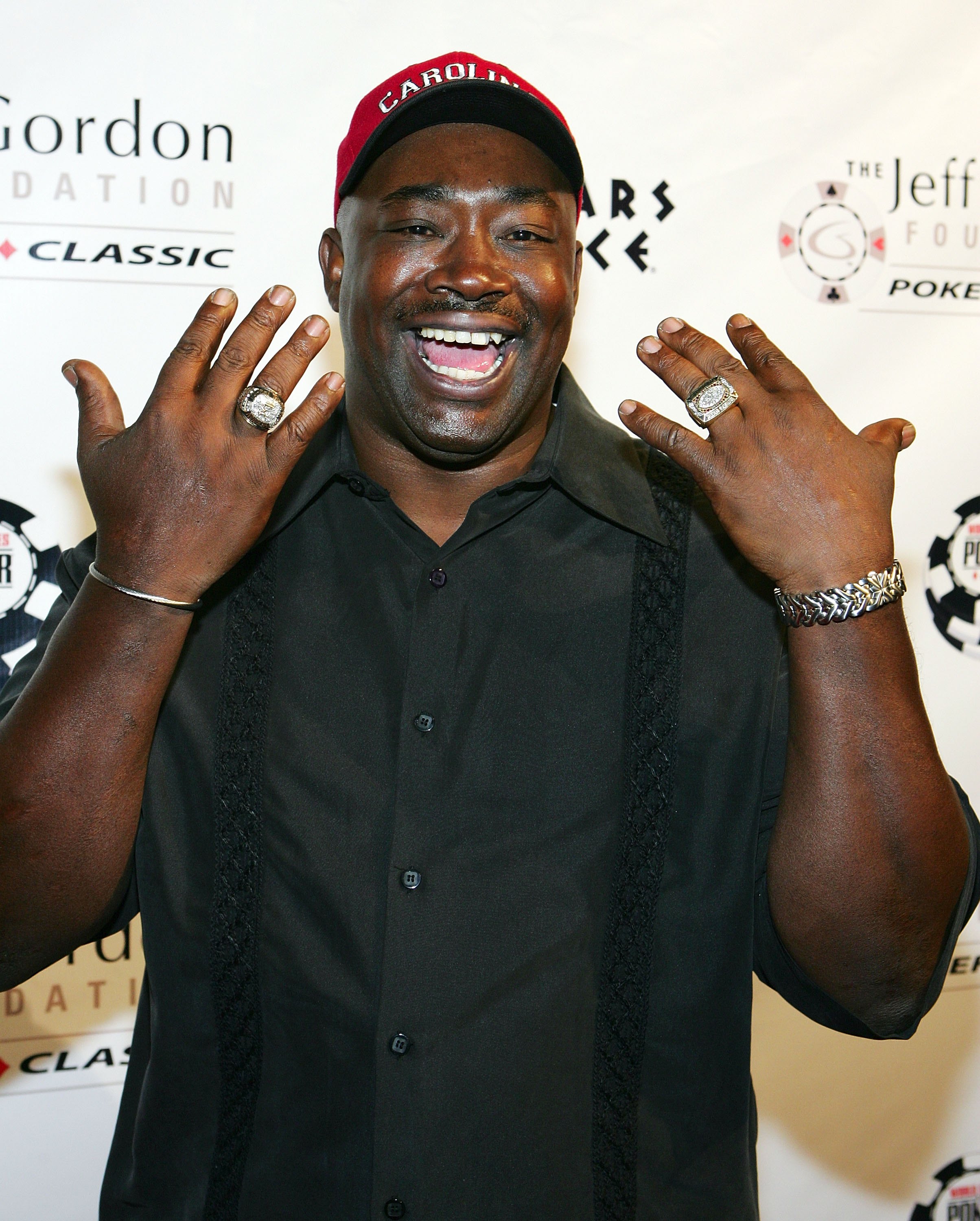 Heisman winner George Rogers was not only one of the best backs South Carolina ever had, but one of the best running backs in college football history as well. He is first on all of Carolina's rushing lists.

A first-round draft pick of the Saints, George had a productive career until an injury sidelined him. He is currently an active member of the Gamecock community, signing autographs and coming to every game with his Heisman for people to see and touch.

Where Will Marcus Stack Up? 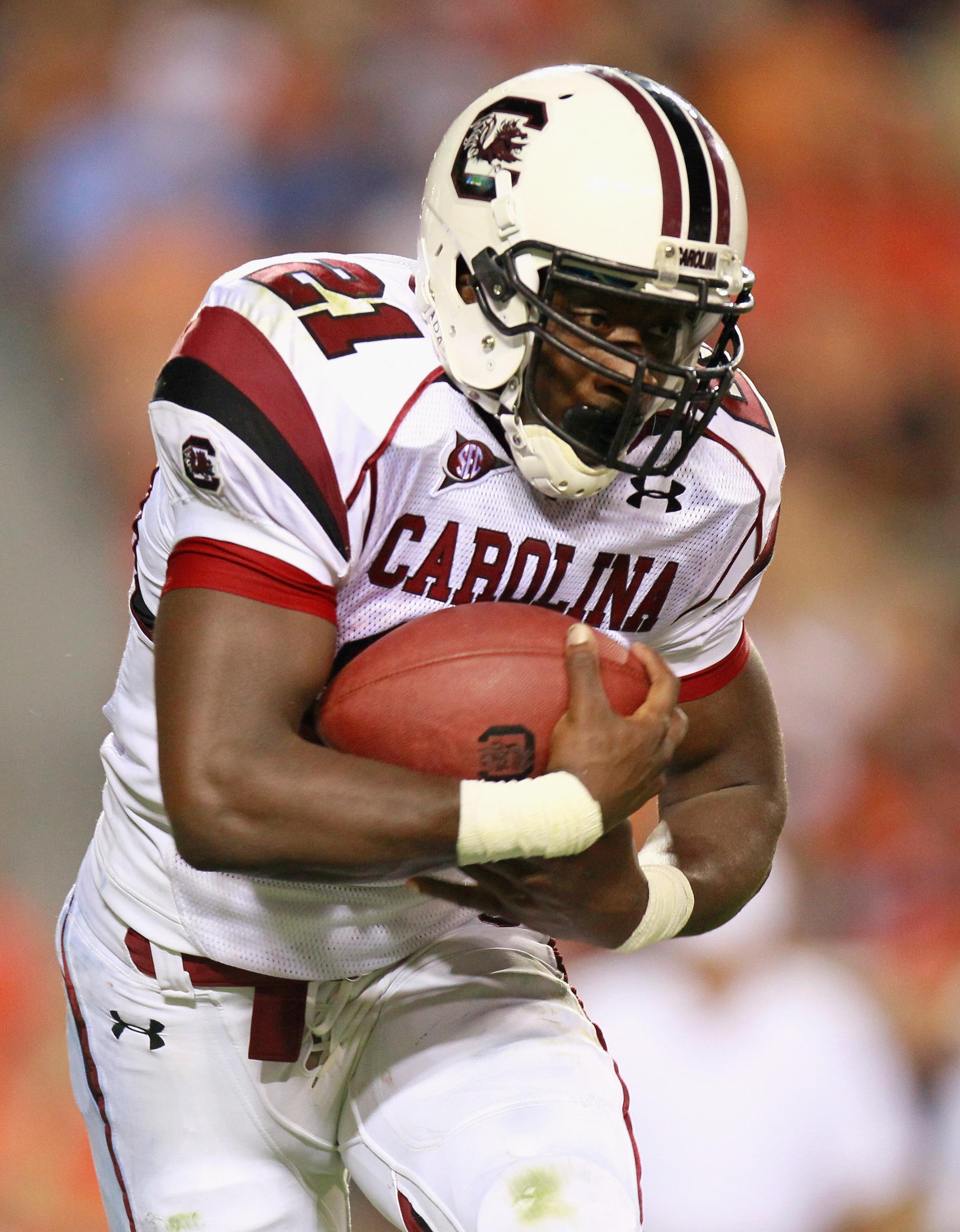 At his current rate, he has the chance to move right on up the rankings. If he stays for three years, his stat line (at the current pace) would end up something like this:

That already obliterates every touchdown record imaginable for South Carolina.

If the man stays for four years, then look out...

Wow...that doesn't even include the fact that he will get better over time.

Either way, at this pace...he will either be the best running back Carolina has ever had or at worst the second best.