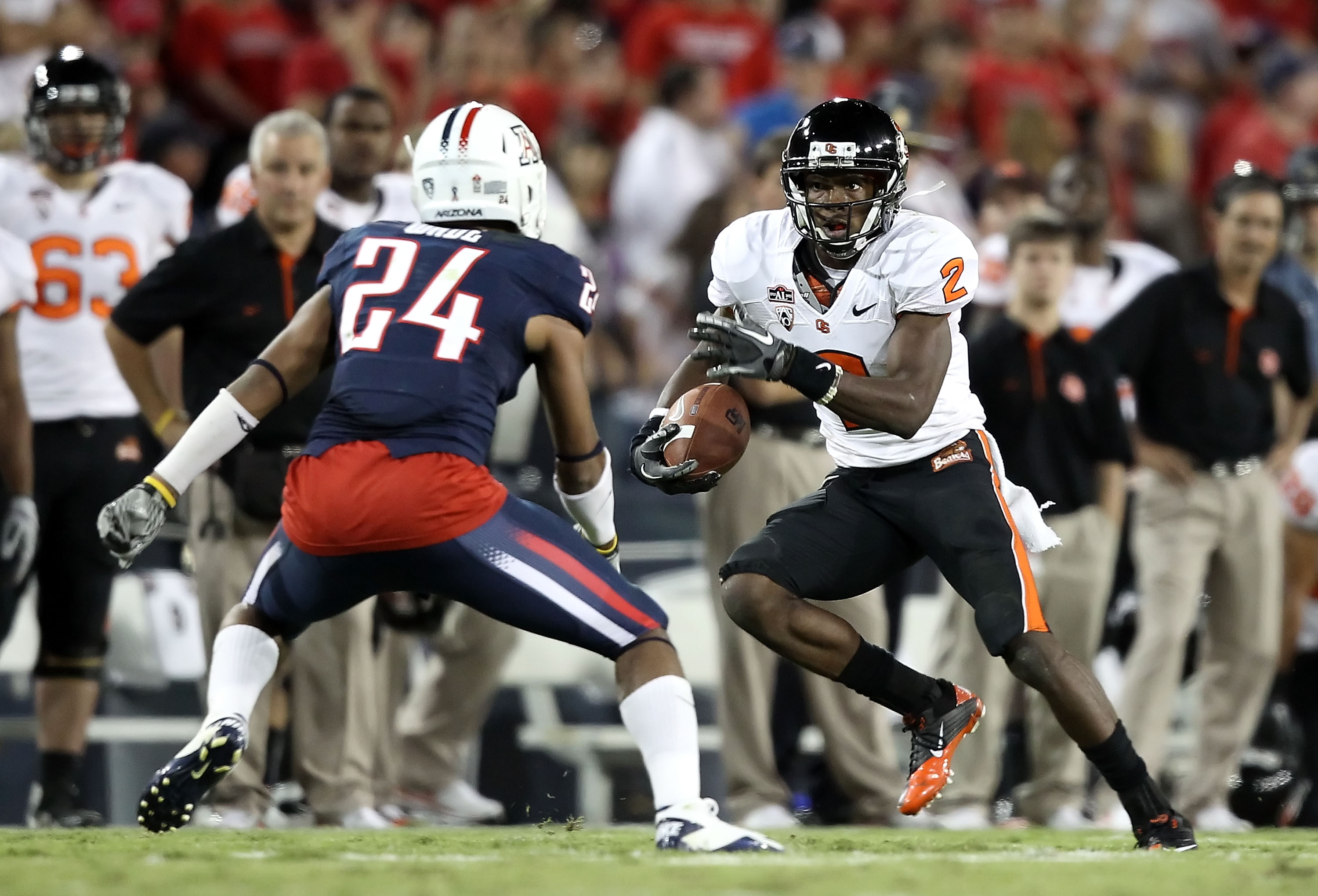 For years experts and analysts have debated the pros and cons of the College Football (FBS) ranking system. There may never be a fully successful way to determine where programs rank among the rest of the competition, feeding the legend of the "underrated."

There are always teams that float under the radar, somehow getting denied their place in the national spotlight they so rightfully deserve.

Therefore, in ode to the darkhorse, here are five teams, currently ranked through Week 6, that just might make some noise in the rankings by season's end.

The Air Force Falcons are climbing to the AP Top 25 at No. 23, but the number doesn't do the program justice in showing their progression in recent years.

While not taking on too many juggernaut programs, Air Force has defeated some established FBS programs this season. While handling BYU and Colorado State easily, the Falcons came up just a field goal short of No. 6 Oklahoma in just their third game of the season.

Perhaps the pollsters are looking ahead in Air Force's schedule, predicting it will only get incredibly tougher for them in the weeks to come.

Air Force will have to go up against No. 4 TCU and No. 11 Utah in back-to-back weeks. The Falcons might be ranked slightly higher when they go on the road to TCU, but we will really see what they are made of against the Horned Frogs.

On the Falcons' side is the No. 1 rushing offense in the nation, racking up 353 yards per game, although the ground game is Air Force's only source of offense.

The Blue Bolts of the Armed Forces may be another victim of scheduling, having three opponents in the Top 11 teams in the country, and are certainly talented enough to be a mid-teen program.

The Nevada Wolfpack have slowly been on the rise over the past few seasons, led by a quarterback that rivals some of the top running backs in the country.

Senior QB Colin Kaepernick has passed for 1,321 yards and seven touchdowns this season, but it is his rushing yards that separate him from the rest of the QB pack, no pun intended.

Kaepernick has rushed for 639 yards on 86 carries while collecting 11 touchdowns on the ground for the Wolfpack. Nevada is another team that relies heavily on the ground game, ranking fifth in the nation at 314 ypg.

The biggest challenge facing the Wolfpack is the one plaguing Boise State and TCU in the National rankings: The lack of high-profile opponents on the schedule.

Nevada has yet to face a Top 25 team, with the closest being the Cal Golden Bears. The Wolfpack rolled over a seemingly perennially over-ranked Cal team, 52-31, and look to dominate on the ground. Even though Cal seems to always lose their preseason ranking by Week 6, they are no slouch.

Playing in the WAC certainly hurts Nevada, but their talent is undeniable. If they had more formidable opponents in their schedule, you be seeing the Wolfpack inside the Top 15. Boise State is tabbed for Nov. 26, and the BCS bowl picture may get a makeover if the Pack can pull off a major upset.

Despite losing significant names on the roster, the Florida Gators still belong on the national scene, and are largely victims of another tough SEC year.

The Gators had won convincingly each week until running into a brick wall known as the Alabama Crimson Tide. Even though Alabama lost to South Carolina, they are still the team to beat in the SEC. South Carolina remains on the schedule for the Gators, but a win at Tennessee and a drubbing of the Kentucky Wildcats shows the talent and depth of the Gators.

Florida bounced back following an embarrassing loss to the Crimson Tide, but fell just short of glory against LSU, a game decided in the final minutes.

Each voter in the AP polls has to be fair, and a two-loss team simply can't be ranked very high when other teams are undefeated or carry one loss. However, Florida will be back, and matchups against South Carolina and Florida State late in the season will show Florida's true colors, and possibly their true talent.

Oklahoma State's schedule is the only thing holding back this talented team and its high-powered offense. The Cowboys have zero ranked opponents on their schedule through Week 6, and as it stands right now, will only face two ranked teams all season (No. 5 Nebraska, No. 6 Oklahoma).

The Cowboys have plenty of weapons on the offensive side of the ball, but have been in too many shootouts with less-than stellar programs to earn a Top 10 ranking.

Still, OSU has the potential to be a rankings buster this season, and with a stronger schedule, may have found themselves near the Top 10 through Week 6, a position they possibly have when running into Nebraska in two weeks.

By now the nation knows the Beavers had one of the toughest non-conference schedules in the nation, and it doesn't get any easier for them as they navigate through a torrid Pac-10 schedule.

Oregon State's 3-2 record hardly demonstrates the talent they possess on offense. Sophomore QB Ryan Katz has been under consistent scrutiny since spring practices, having little game experience entering the season while hosting the backup spot behind NFL-bound Sean Canfield.

However, Katz has improved by leaps and bounds and hasn't looked back. The young QB racked up 393 passing yards against one of the best defenses in the country, that being the Arizona Wildcats. Upsetting the Wildcats in Tucson shouldn't have come as as huge surprise, Oregon State has a history of turning it on late in the season while turning heads.

The Beavers have plenty of offensive weapons, but a slowly-improving defense has held Beavs back from the Top 10 picture, a place where their rival, the Oregon Ducks are thriving.

Still, Oregon State will only need to continue doing what they are doing to get some attention in the rankings. If the Beavers continue the trend they are creating, they may make another case for the Rose Bowl, but will have their hands full with the Ducks.

Had the Beavers not played two Top 5 teams in the first three games of the season, we may be talking about them challenging the East Coast and the Top 10.

Oregon State is certainly underrated, and it is only a matter of time before the rest of the nation catches on.