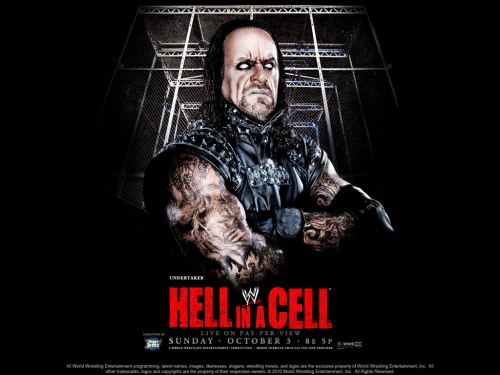 I have to apologise to WWE's creative team. I really did put them down for not having the balls to fire both heel barrels last Sunday.

Whilst I was right about Wade Barrett defeating John Cena and thus making him join a heel faction I was wrong about Paul Bearer not turning on The Undertaker and allowing Kane to retain the World Championship. Bravo WWE.

Actually because they decided to go with the best possible options in all three main events this is quite possibly the best PPV of the year so far.

But enough talking about the PPV as a whole and let's look at the individual matches.

The opening match of the night saw Daniel Bryan defend his newly won United States Championship against both John Morrison and The Miz in a rather odd situation. Submissions and Falls Count Anywhere really do play against each other when placed in the same match.

Falls Count Anywhere is a fast paced and rather technical-less style of pro wrestling. It riles on stunts and high impact spots to please the audience. Submission based wrestling is slow and riles in its entirety on mat-based skills.

With that said it was pretty obvious that Daniel Bryan was going to win since out of the trio in this match he is the only one with a finisher that can make others tap out.

Predictability aside, the match was solid but lacked any real power when in came into it's two specialist areas. The falls count anywhere aspect of the match lacked any weapon use and was only an excuse to allow the participants to fight outside. In addition to this when John Morrison set up for across body on the stage both Miz and Bryan were in a situation that was unrealistic when Morrison actually hit both of them with the move.

The submissions were only capitalised at the end when John Morrison put Miz in a Texas Cloverleaf, only to be broken up by Alex Riley, and then when Bryan won by putting Miz in the LeBell Lock. Bryan did show a few extra submissions, such as Cattle Mutilation, but was once again rather restricted.

Despite its shortcomings it was still highly entertaining.

I'm once again glad that Orton is the WWE Champion. I seriously thought that they were going to start a Sheamus/Triple H program with the Championship and then have Orton squandering his time for the next few months.

The match was as good as their encounter in January from the Royal Rumble. Orton is becoming one of those men that can make his opponents look good during the match. He failed at this several points on Sunday but we'll get into that a bit later.

First I have to say, I like the new improved cage. It's larger and does not look as cheap as it once did. Both men made extensive use of the No DQ aspect of the cage. Unfortunately like many recent Hell in a Cells there really was no purpose for the match being in a cell other than to conform to the gimmick.

I do not let this affect my enjoyment of the match in the end. In PG WWE I do not expect the highly violent encounters of the Attitude Era and take this purely as it came. A match inside a cage.

I am highly critical of Orton's no-selling of Sheamus' Brouge Kick. Sheamus managed to hit his finisher some time during the match and went instantly for the cover. Orton would kick out at two. This is not to say Sheamus wasn't guilty during the match of no selling. He was DDTed on the outside and powerslammed onto the steel steps only to recover seconds later.

All in all it was an tense encounter that paid off despite the short build-up to the event.

Impromptu match time! Alberto Del Rio came out for a heel promo (something that could easily have been saved for Smackdown) and is interrupted by Edge who is continuing his fight against stupidity. He is interrupted by Jack Swagger and the Raw GM makes a match between Edge and Swagger for that very time (So Teddy Long doesn't get a say in Swagger competing?).

The match was pretty good and shows why Edge should have stayed on Smackdown during the draft. It also showed that had Swagger feuded with Edge when he had a series of matches against Big Show then he would almost certainly be in a more credible position.

Edge at one point was hit with a Gut Wrench Powerbomb but kicked out after two (as with Orton he was covered almost immediately). Swagger tried the ankle lock but was countered and hit with a spear.

Unadvertised yet highly entertaining. This is the best type of filler.

Wade Barrett finally got to show us some proper wrestling skill in this match unlike in previous encounters that left much to be desired. Then again it was all down to the result of this match. Had Cena won then most fans would have condemned the WWE as an organisation too scared of taking any risks with the lead face of the company. Merch before entertainment so to speak.

But they did (what I consider) to be the right thing and had Cena lose and become a member of Nexus. The match was surprisingly well contested considering Barrett is relatively new and John Cena... well is John Cena.

I always have to question how WWE interprets its own rules. After all the match stipulation was that if Nexus interfered then Cena would have won instantly. Nexus did appear at ringside and despite not touching Cena did affect the match. It did lead to an amusing section of the show when the WWE locker room poured out and cleaned house leaving Cena and Barrett on their own.

During the match John Cena no-sold the Wasteland and Barrett did the same to the Attitude Adjustment. That's four no sold finishers tonight so far.

The match at one point did look as if Cena was going to get the win, with the STF (one of the worst I have ever seen), before a "fan" jumped into the ring and distracted the ref. Whilst they tried to get him out another "fan" rang along ringside and clocked Cena with a steel pipe. Barrett gets the three count.

I hope that the fact "fans" attacked Cena means WWE will at least go down the heel for adults/face for kids route. After all the amount of kids seen upset at the end of the match showed there is still a lot of popular support for this man no matter what others may think.

NOTE: I have just watched Raw and the "fans" were not fans after all. I won't reveal any more other than it looks as if they are going reluctant heel route.

On the plus side Natalya did not lose to Michelle McCool. Unfortunately she is not the champion.

Natalya is arguably the greatest WWE Diva in the business today. She needs to have this recognised at some point by having the belt placed on her.

The match was OK if only because Natalya is plain awesome at what she does although I'm sure Layla botched the end.

The match was meant to end in a DQ victory because she threw a shoe at Natalya. It never made contact or really affect the match in anyway but a DQ was called despite this fact (I'm almost certain McCool also tapped while being held in the Sharpshooter before anything happened)...

As soon as Paul Bearer insisted on staying inside the cell I knew I had made the wrong prediction. Paul Bearer had earlier stated that Kane wasn't the only one with a master plan, as his had been six years in the making. Maybe WWE will recognise that Undertaker buried Bearer in cement back at The Great American Bash 2004.

The match was pretty much the same as what happened last month although Undertaker was portrayed as somewhat stronger. He did kick out of a Tombstone at two... (yeah another finisher quickly kicked out of... number seven).

Kane got a cut on the top of his head during the match but nothing major in terms of Hell in a Cell violence. Once again it didn't live up to the Hell in a Cell name, even less than the previous match, as an interference ultimately played a role in the end of the match. The only thing this cage is good for and it fails at it's job.

Paul Bearer looked as if he was going to get one from Kane but would hand him the urn (after blinding the Undertaker with a light that came out of the top of it) letting him smash Taker on the head and then winning with a chokeslam.

I am glad the match played out this s way. The longer Kane has the title the better. By the time Bragging Rights crops up he will of had the belt for 98 days. The longest World Heavyweight Championship reign since Undertaker's Hell in a Cell 2009-Elimination Chamber reign. I really hope he gets at least one more successful defense in. I want Kane to be able to look back on his career with one decent world title reign. 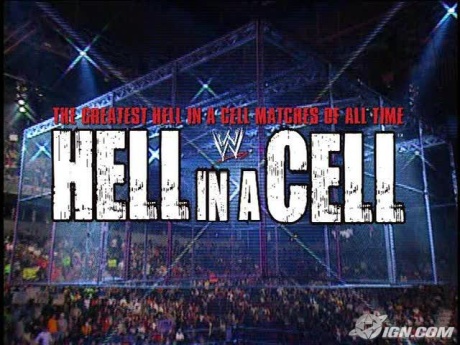 You know what? I am actually going to say this is my favourite PPV of 2010 so far.

The matches were all solid (and yes despite what I may have said that does include the Diva's Championship) and WWE didn't chicken out of any major decisions.

In the end it was all I could ask for from a PPV good matches and some surprises.