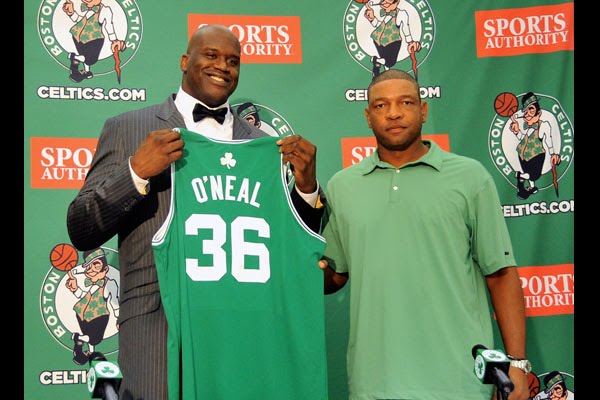 Shaq and Nate Robinson could go down as one of the most successful big-little pairings the NBA has yet seen.

The NBA preseason is barely underway, and already there have been plenty of noteworthy moments.

Most of the NBA media attention has centered around the Miami Heat and LeBron James' "comments" on race and basketball.

On the lighter side of things, Boston's Nate Robinson made some waves this week when he pranked new teammate Shaquille O'Neal in practice with a dunk over Shaq's back.

Robinson's made a name for himself with his exploits as a height-challenged high-flier, with three dunk contest titles to his name, but he may find even more notoriety thanks to the Big Shamrock.

Should the Celtics deliver another Larry O'Brien trophy to Beantown, Nate n' Shaq could go down as one of the most successful pairings of a guard six feet or shorter and a frontcourt player of at least six-foot-eight.

In honor of this unlikely duo, here are the five most successful sets of "Twins" in NBA history. 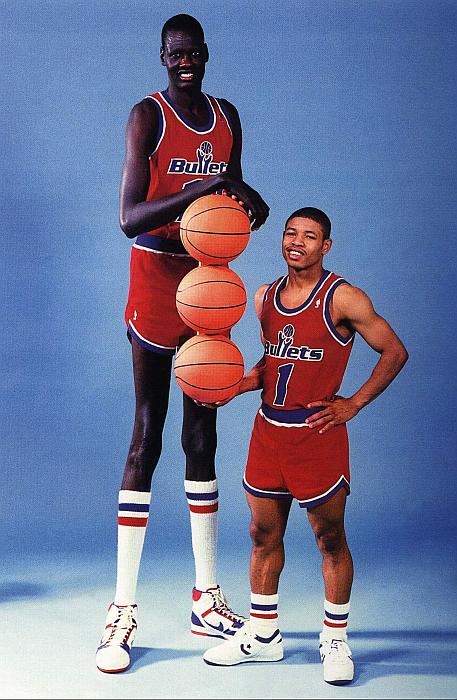 Muggsy Bogues was known off the court for his photo ops with Manute Bol, but he had his greatest success on the court with Alonzo Mourning.

The pairing of Tyrone "Muggsy" Bogues and Alonzo Mourning isn't one that necessarily comes to mind immediately when the topic of big-little duos arises.

After all, the five-foot-three Bogues is perhaps best known for the three magazine covers he shared with the seven-foot-seven Manute Bol when the two were teammates on the Washington Bullets.

And the six-foot-ten Mourning is most often regarded for the years he spent with Tim Hardaway on the Miami Heat, the franchise that retired his No.33 in 2009.

Yet, these two enjoyed some highly successful years playing side by side for the Charlotte Hornets.

Bogues and Mourning spent three seasons together in Charlotte, combining with star guard Larry Johnson to lead the Hornets to two playoff births, including a first-round victory over the Boston Celtics in 1993 and a 50-win season in 1994-1995.

The magic between Bogues and Mourning was cut short by Mourning's quibbles with Johnson, which led to Mourning being traded to Miami in 1995 for Glen Rice, Matt Geiger, and Khalid Reeves.

Nevertheless, no one can deny the goods time had by the shortest player in NBA history and one of the best defenders the league has ever seen. 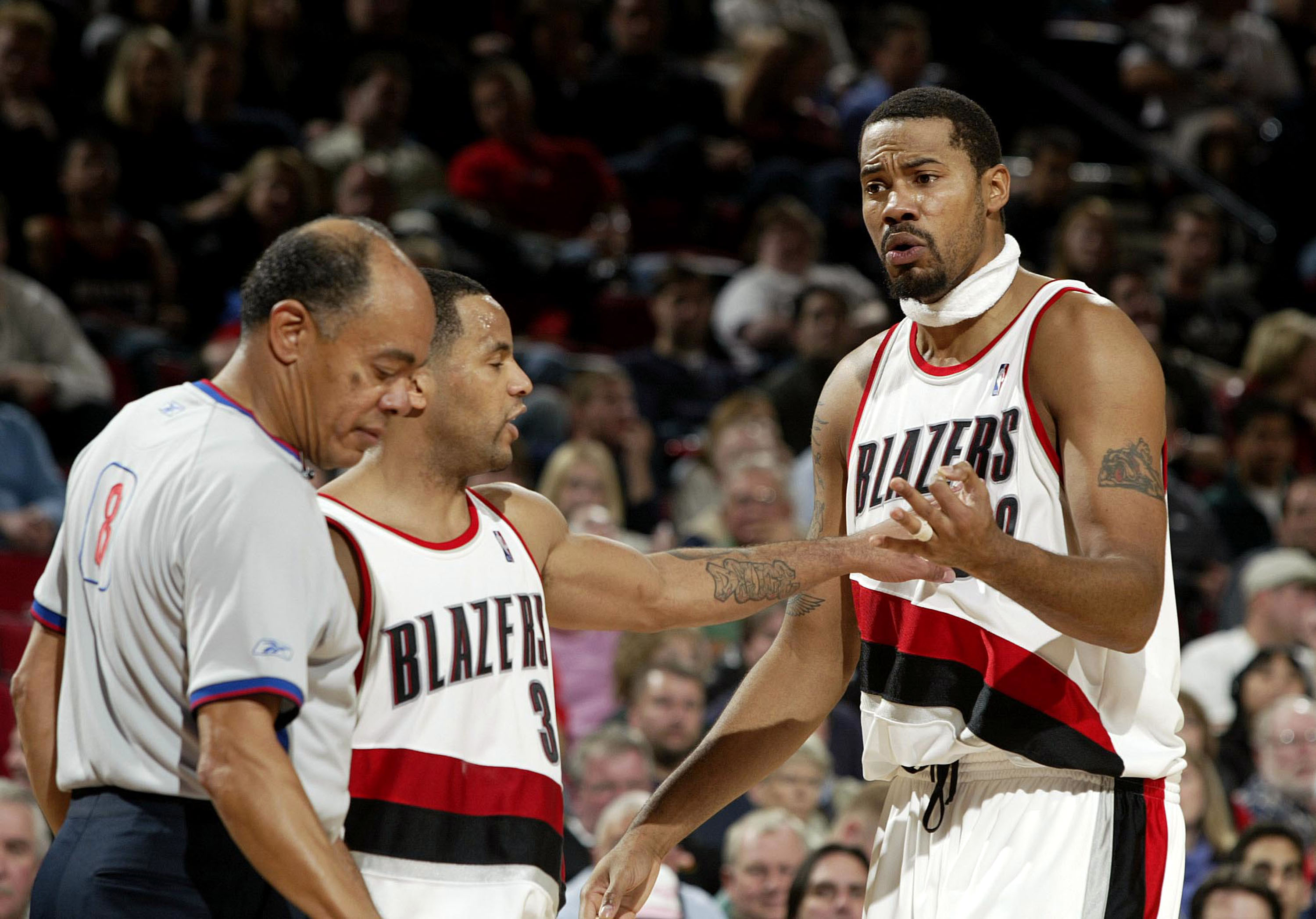 Damon Stoudamire and Rasheed Wallace spent the better part of six seasons together with the Portland Trail Blazers, bringing plenty of excitement to the Rose Garden while also leaving the franchise's reputation stained and tarnished for years to come.

The six-foot-eleven 'Sheed was the first to arrive in the Pacific Northwest, in 1996 via Washington, followed by the five-foot-ten Stoudamire, known affectionately as "Mighty Mouse", in 1998 via Toronto.

Along with the likes of Zach Randolph, Arvydas Sabonis, and Bonzi Wells, Wallace and Stoudamire made Portland a perennial playoff contender, highlighted by appearances in the Western Conference Finals in 1999 and 2000.

As memorable as their seven-game series against the Lakers in 2000 was, this duo is most infamous for fouling up the culture of the franchise, to the point that Portland's team became known informally as the "Jail Blazers".

And it wasn't simply due to 'Sheed's propensity for technical fouls.

During the 2002-2003 season, Stoudamire and Wallace were cited for speeding and driving under the influence of marijuana while in Stoudamire's yellow Hummer on the I-5 freeway.

Both have long since departed from Portland, but their combined legacy in the Rose City remains mixed, to say the least. 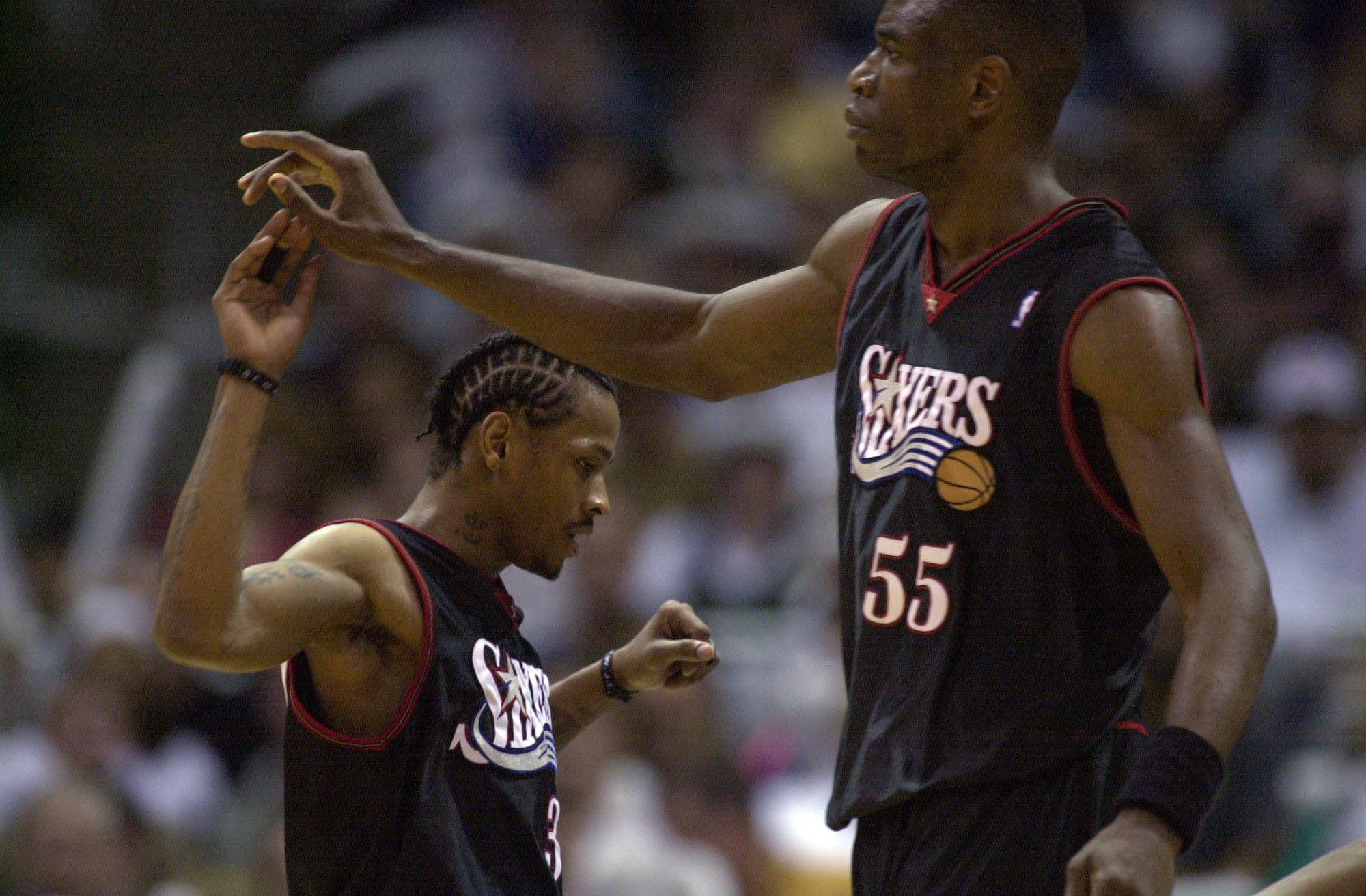 Dikembe Mutombo's size and interior defense helped to lift Allen Iverson to an MVP award and an appearance in the NBA Finals.Jonathan Daniel/Getty Images

Allen Iverson and Dikembe Mutombo never even played a full season together, but the time they shared was certainly memorable for both.

As the tallest little man on this list, the six-foot Iverson enjoyed his finest year with the seven-foot-two Mutombo by his side—leading the league in points and steals on the way to his first and only MVP award.

The Sixers traded for Mutombo during the 2000-2001 season when it became apparent that the team had a legitimate shot at meeting either the Shaq-led Lakers or the Tim Duncan-centric Spurs in the NBA Finals.

Unfortunately, no amount of finger-wagging could keep Shaq and Kobe from steamrolling AI and Mutombo in the 2001 Finals as Philly lost the series, 4-1.

Even so, the short intersection between one of the NBA's most prolific scorers and it's second-best shot-blocker (behind Hakeem Olajuwon) yielded results for the fans of Philly that haven't been even closely replicated in the nearly 10 years since. 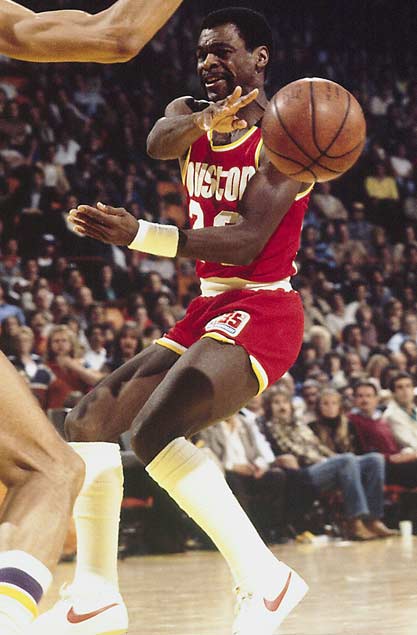 Despite being more than a foot apart in size, Calvin Murphy and Moses Malone led the Houston Rockets to new heights as teammates.

The five-foot-nine Murphy combined with Rudy Tomjanovich to form one of the NBA's highest-scoring backcourts, with the six-foot-ten Malone patrolling the paint.

This core group, with Murphy and Malone at the fore, led the Rockets to the 1981 NBA Finals, wherein the team, coached by Del Harris, lost to the Boston Celtics in six games.

Malone earned two of his three MVP awards with the Rockets before being traded to the Philadelphia 76ers in 1982, while Murphy retired from the league in 1983. Both have since been inducted into the Naismith Basketball Hall of Fame, with Malone also being named one of the 50 greatest players in NBA history in 1996.

Though this duo never brought home the hardware, it is perhaps the most historically decorated of any on this list. 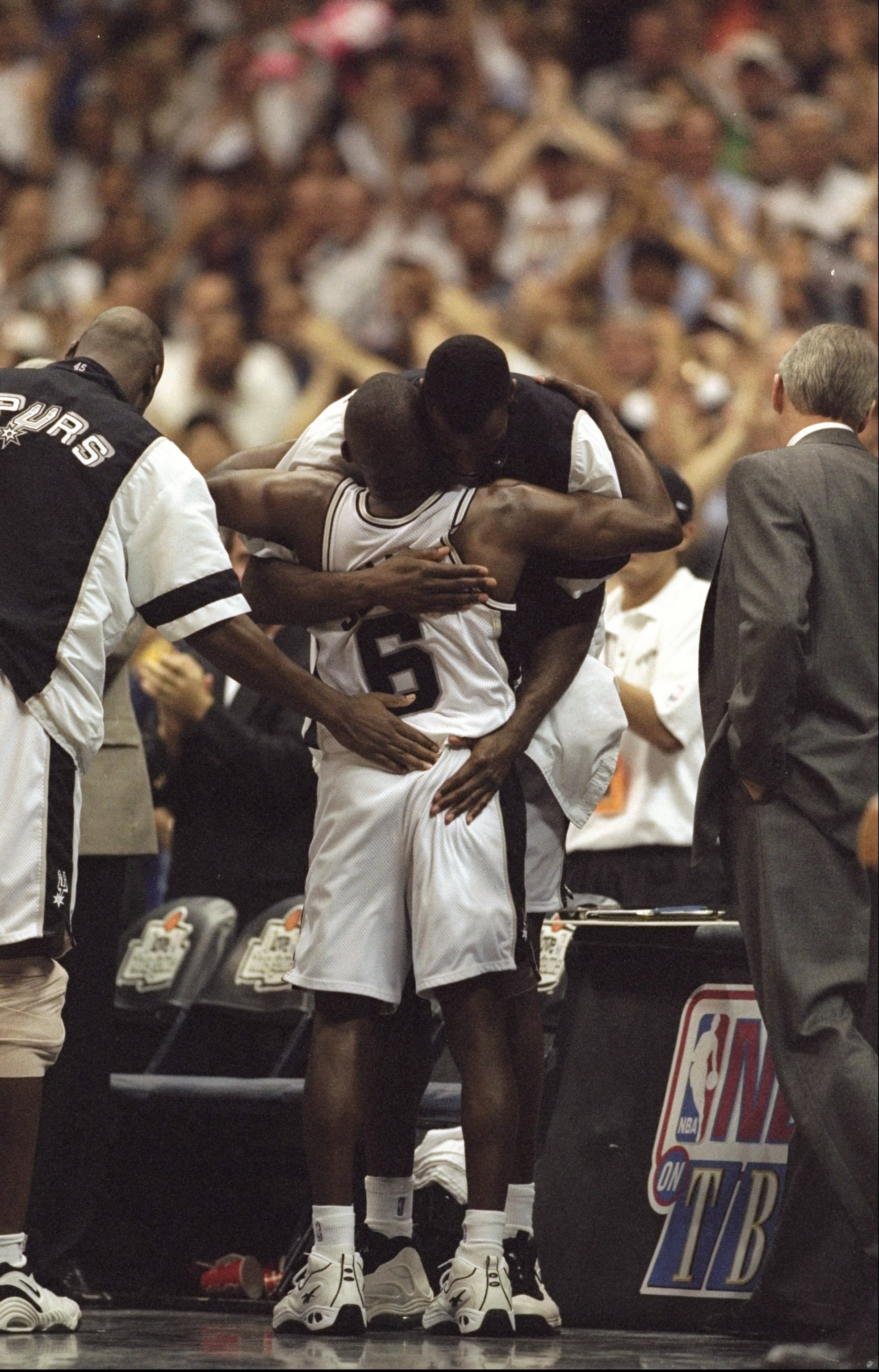 No pairing between a sub-six-footer and a seven-footer-plus has ever been as close or successful as that of Avery Johnson and David Robinson.

The Little General and the Admiral spent nine seasons together in San Antonio, including seven consecutive from 1994 to 2001.

Their most successful campaign came in 1999 when, with the help of sophomore forward Tim Duncan, Johnson and Robinson led the Spurs to the franchise's first-ever NBA championship during the lockout-shortened season.

Johnson left the Spurs in 2002 to join the Dallas Mavericks as a player and coach-in-waiting, the same season during which Robinson won his second championship before retiring from the league.

Both players have since had their numbers retired in San Antonio, with Robinson earning induction into the Basketball Hall of Fame and Johnson leading the Mavericks to the franchise's first-ever appearance in the NBA Finals.