What Separates The Men From The Boys: Flaws That Limit NBA Player's Stardoms 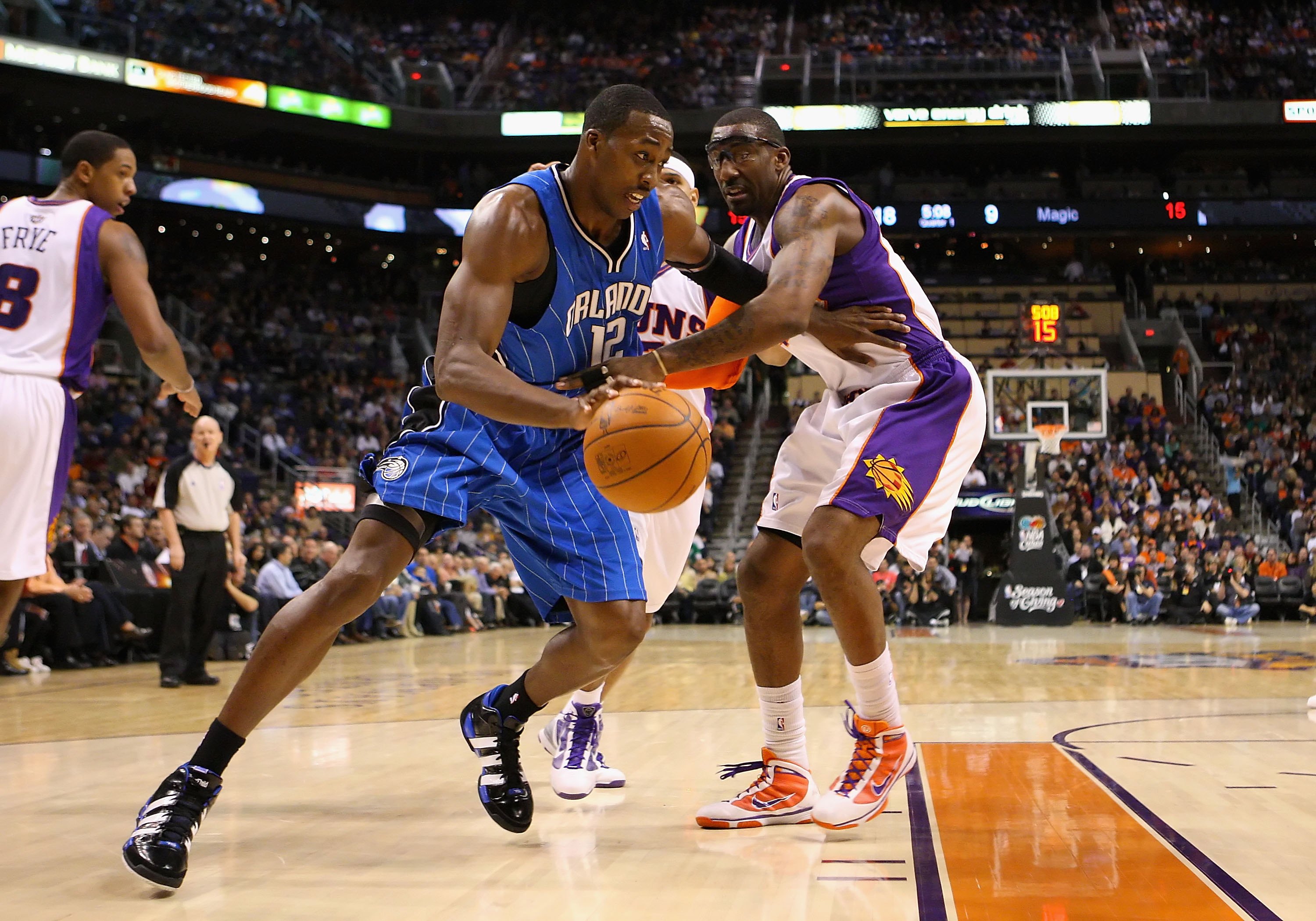 There are players who have bright glimpses of superstar level talent. Sure, everyone has flaws, but these flaws keep them from reaching their superstar lights. Imagine if Kobe Bryant didn't force as much shots, if Vince Carter actually tried, if Dwyane Wade was consistent from the arc, and if Carmelo Anthony played tenacious defense. They would have been alot greater. Well, this is about second tier talent, that have huge flaws that keep them from reaching the MVP Category. Enjoy. 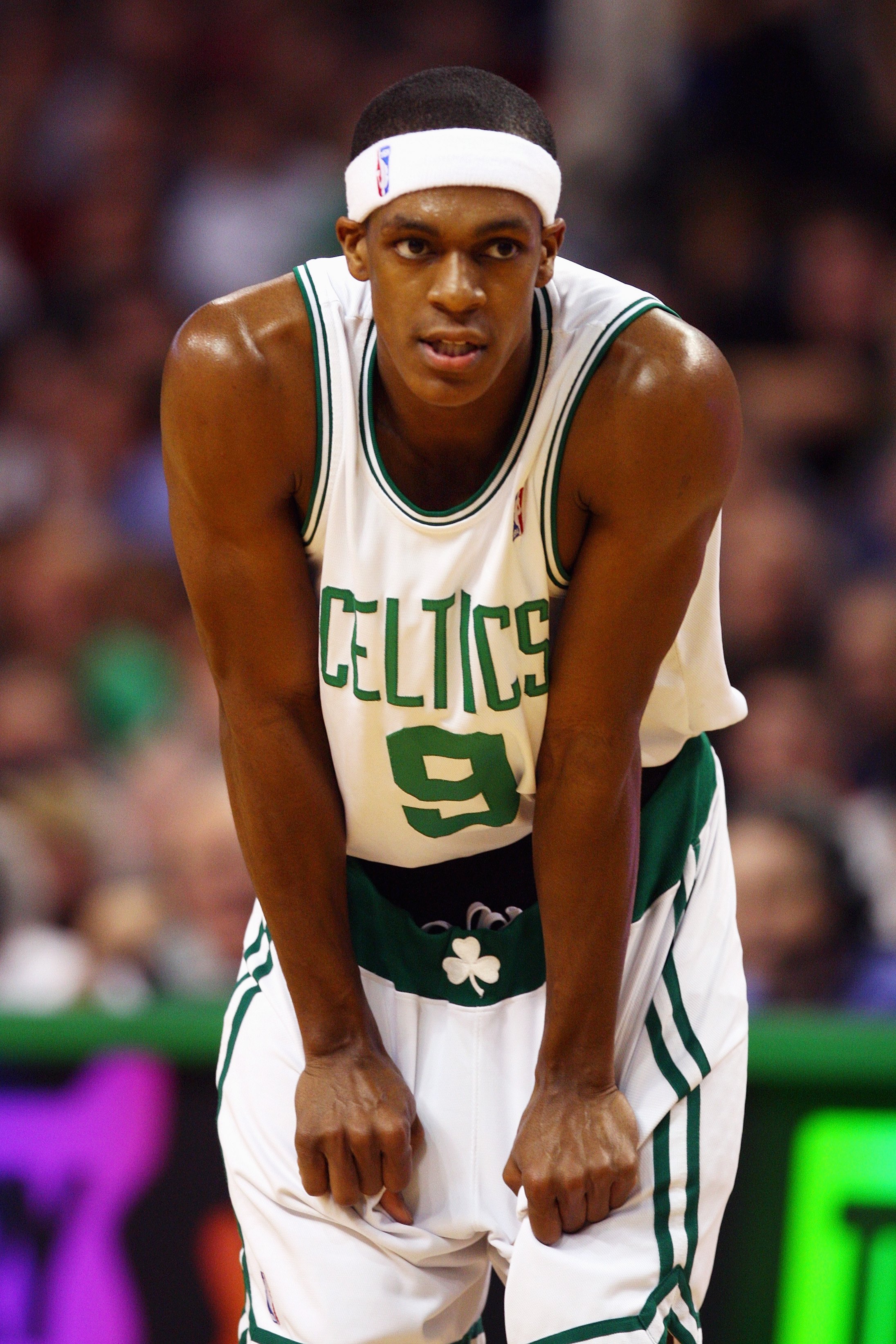 Rajon Rondo has everything you want in your classic point guard. He is as quick and fast as anybody in the league. He has quick, huge hands that bless him with his great stealing mentality and ballhandling ability of a wizard. Rondo is consistent at attacking the rim and sneaking in for rebounds. His playmaking ability is also dazzling. He can do everything offensively, and defensively... Except shoot behind the arc.

Most people would think a star point guard could at least shoot from the three, but Rondo can't. His free throw shooting, is also horrible. A pure 62% from the line is pathetic for any position. If Rondo could make the shots the opposing team actually give him, it could mean a leap into superstardom. Rondo doesn't seem like he is interested in improving his shooting however. 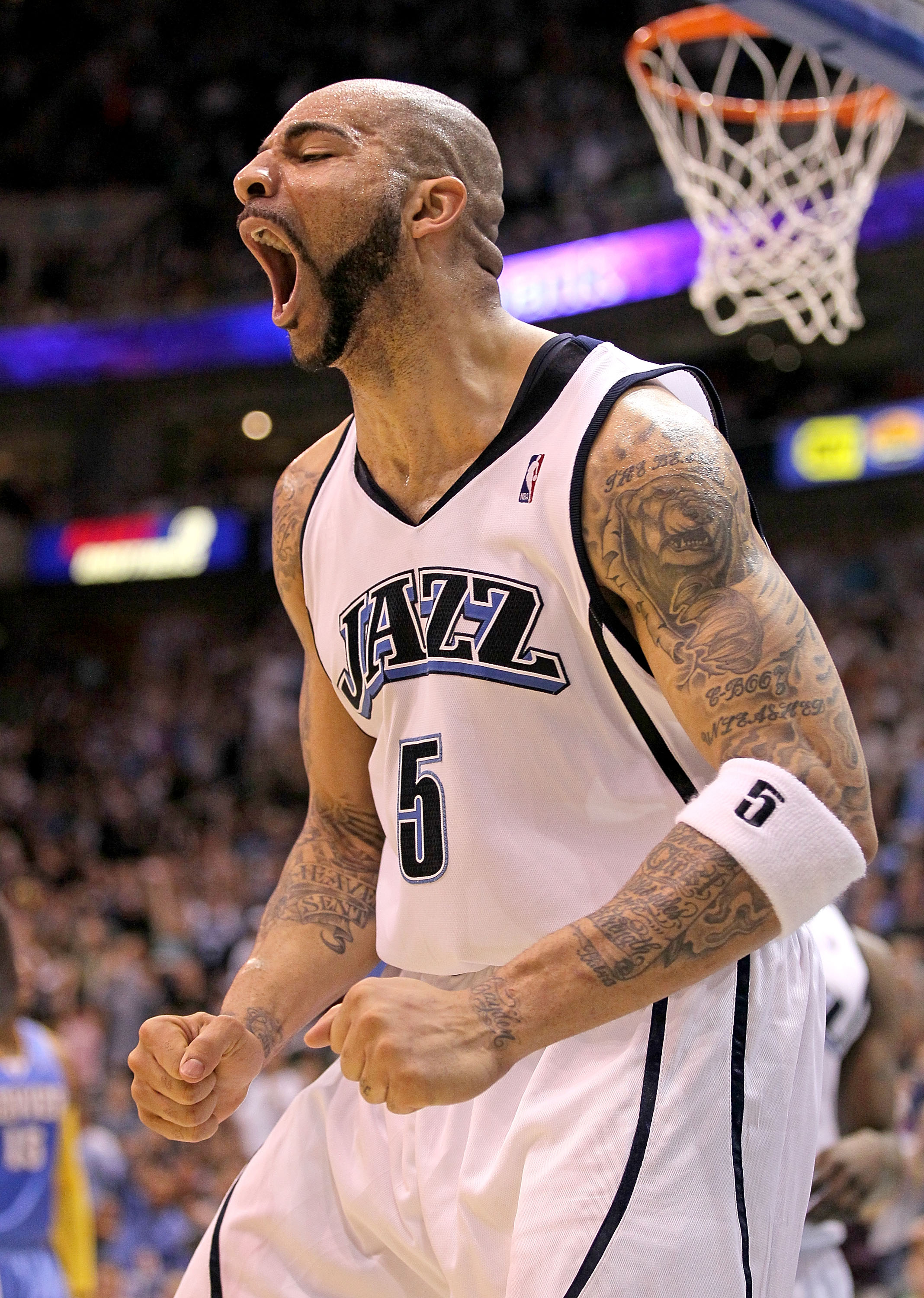 Carlos Boozer. With this guy, your locked for a nightly double-double. Despite injuries, he is one of the top big-men in the league. The former Dukie averaged 20 PPG, and 11 RPG last year. So what's this big man's flaw? Defense. He looks like he could be a defensive terror. At 6'10 and 266 pounds, with a physically dominating physique, he has potential to be a nightmare on both sides. But too bad, his defense is less than stellar.

Boozer is a softie, and is often called for touch fouls. Another thing on defense, he doesn't have the desire to stay with his man. Even in college, he loved to play off his man. Boozer also lacks the fundamentals of defense in the paint. Still, when your that strong and terrorizing, you should be able to show it off on the defensive side as well. 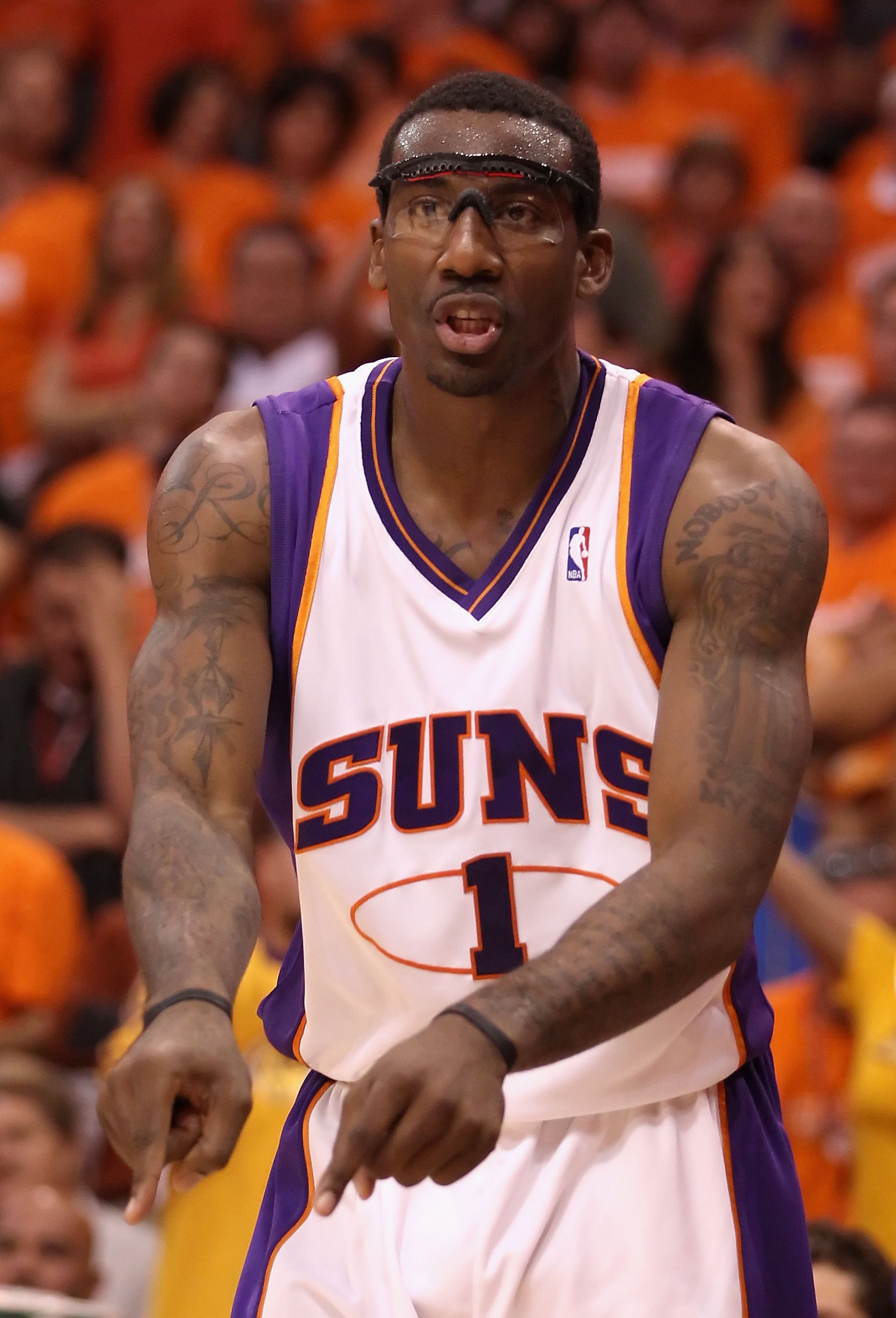 Amare's case is extremely similar to Boozer's. Amare Stoudemire looks scary enough to make you change your mind while driving in. He is extremely muscular, and fit. At 6'10, and 240 pounds, this man's a terror on offense. His amazing quickness far beats any other big man. Combine that with his power and explosiveness, you have an amazing scorer. He is one of the most athletic big man as well. His waistline is 31 inches only, and his shoulders are 8,239 miles wide. STAT as he is called, is a lock 22 PPG, and 8-9 RPG. The problem is he doesn't play defense as well as he could. Amare doesn't even rebound as GREAT as he can...

Amare doesn't show the hunger and tenacity on the defensive side either. He has potential to be a defensive terror and shot blocker, but he chooses to stay on the floor.

Rebounding wise, he is less than average. With his strength, size, and athleticism, he should be locked in for 11+ rebounds. I believe Amare would be a superstar for sure, if he plays defense and rebounds with the desire and tenacity he shows on the offensive side. 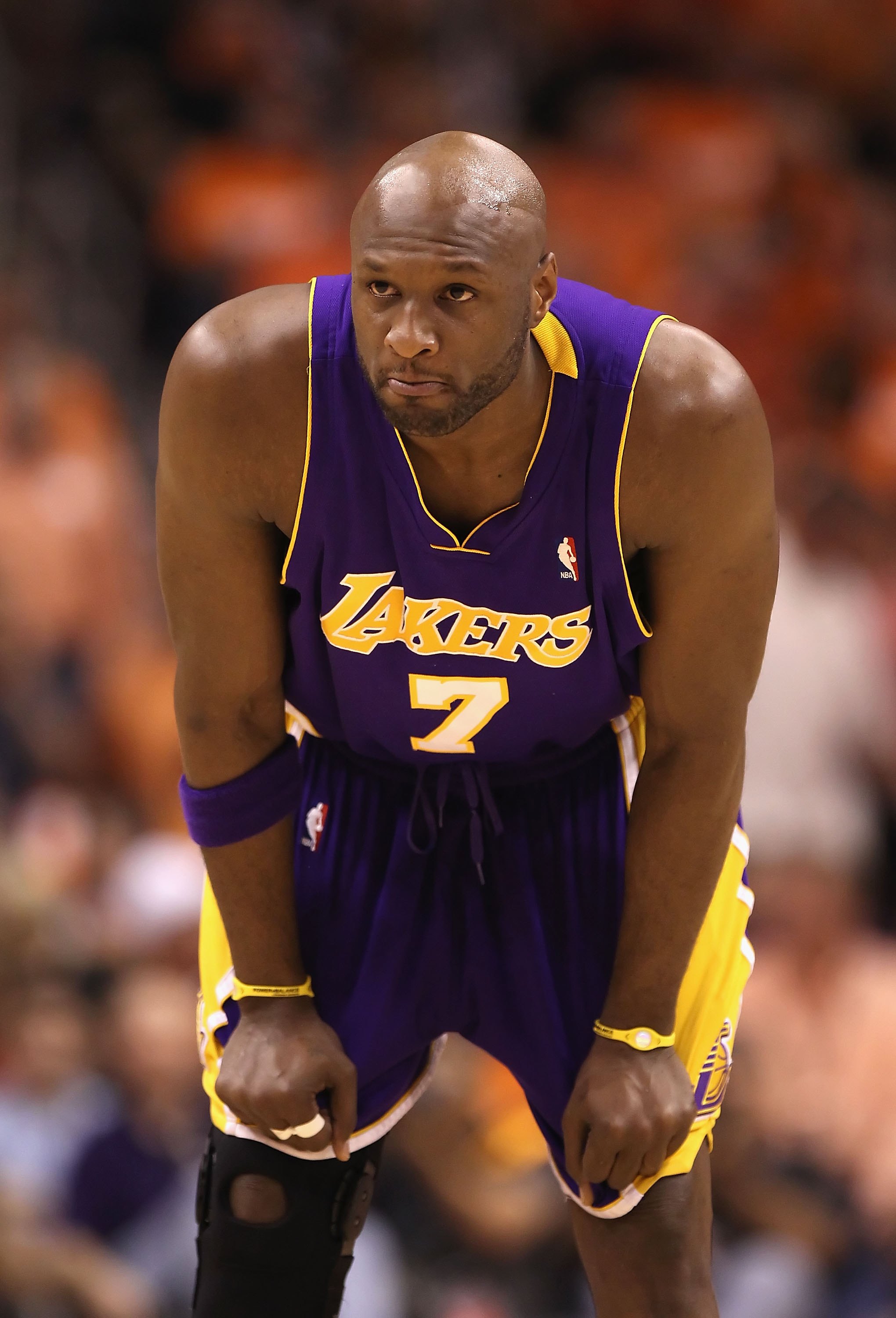 LO to me, is the most versatile player in all of the NBA. Lamar stands at 6'10, and 230 pounds. He is lenghty which makes him an excellent defender. He is able to bang down low with the best of'em. Lamar can also shoot the three-ball like no other. Odom's lateral quickness allows him to stay in front of guards and smaller forwards, while his length and strength lets him defend the league's bigs. His tenacity and determination on the boards gets him a lock double-digit rebound numbers. He has an excellent vision, and playmaking ability. The best handles for a big man in the NBA, championship experience, playoff experience, and the ability to do everything offensively and defensively.

What kind of flaw can this guy have? Inconsistency. 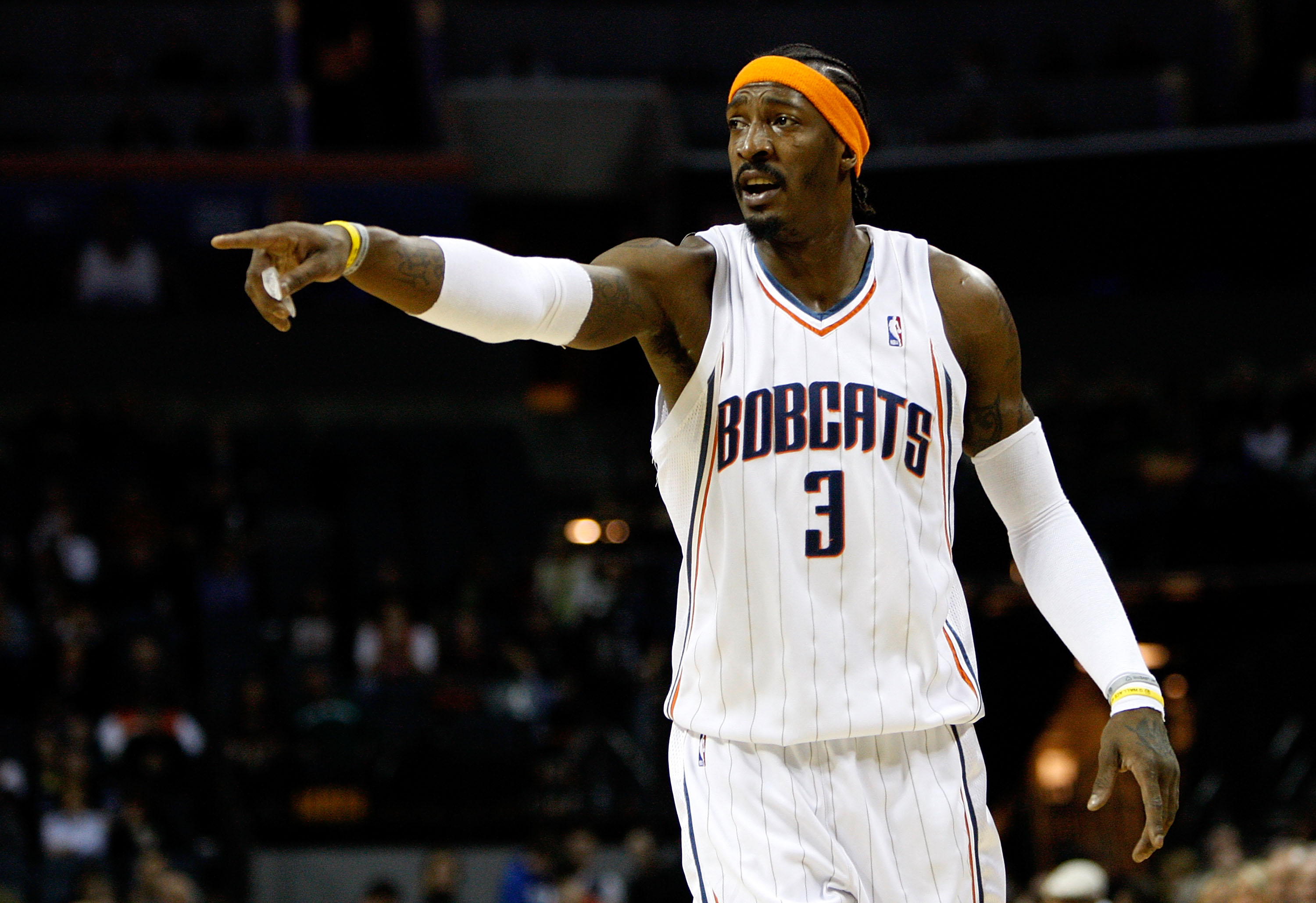 The mighty Bobcat, Gerald Wallace lead the Charlotte franchise to it's first playoff birth last year. The defensive menace averaged 18 PPG, 10 RPG. 2 APG, 2 SPG, and 1 BPG. Now those are just unbelievably great statistics. Wallace is a wreckless athletic monster who is as proficient as they come. In some ways, he is a bigger version of Dwyane Wade, just without the scoring mentality.

What is his flaw? 3-Point Shooting. If Crash can manage to gain a three point shot, his points per game will grow, and it will help open up the court for Charlotte. His jumpshot isn't reliable, and he is often times forced to take it to the hole. The Bobcat will be in his very prime this season, so expect a peak season for Gerald. 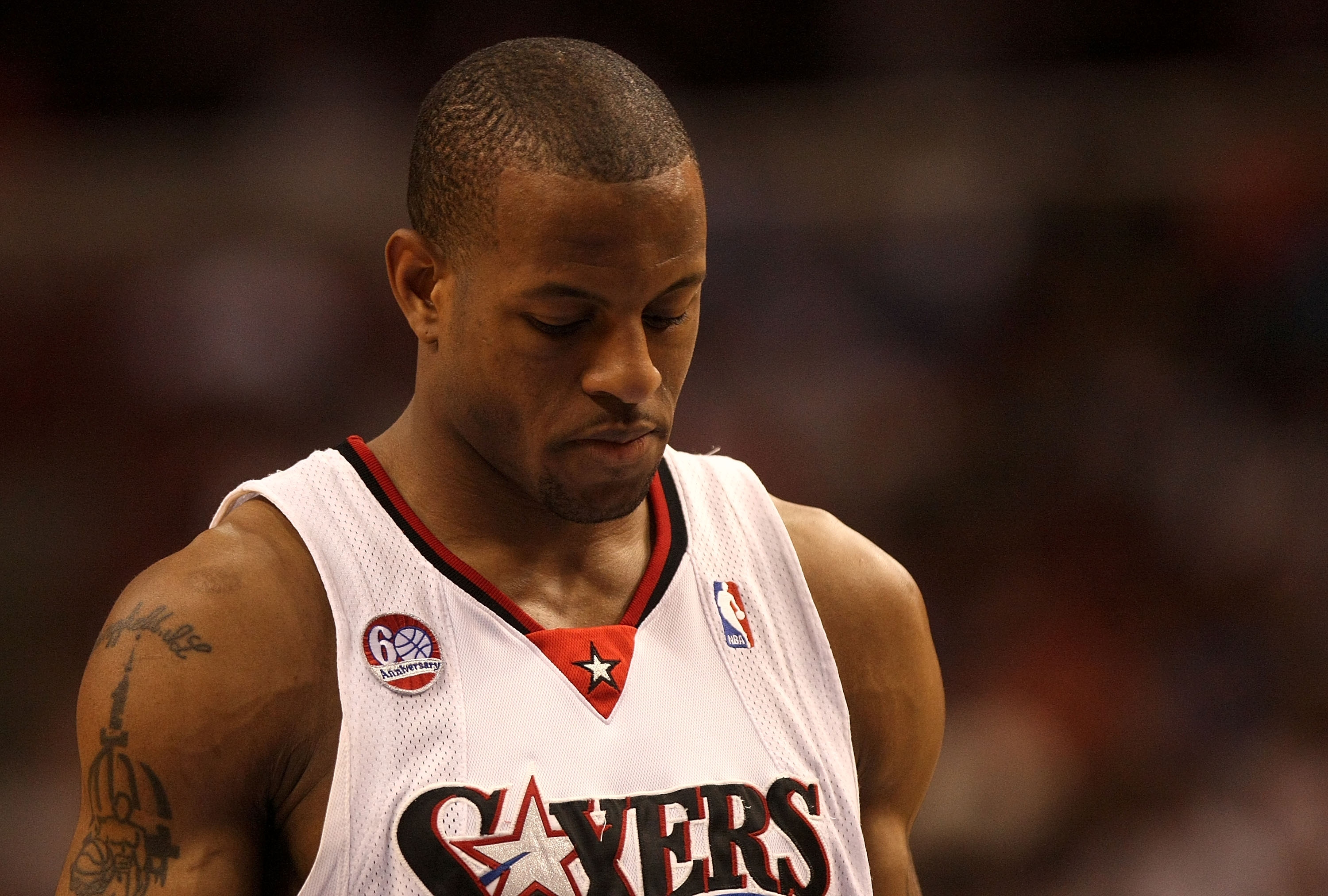 The athletic ball of energy, Andre "Iggy" Iguodala is another example of how point guards make their teammates better. He posted all-star like numbers with Andre Miller by his side. His average dropped about 2 points after Miller left Philly. Hopefully, 76ers management will surround this kid with a better cast. Iggy resembles LeBron the most. The physique, the athletic ability, and the ball handling skills. His terrorizing wingspan makes him a great defender. He averaged 1 BPG and 2 SPG last year. His quick feet compliments his breathe-taking athleticism. Add his tremendous ball handling skills, and you have a star waiting to blossom. Iggy has played all 82 games, 4 seasons out of 5.

What could help Iggy blossom? Well, he could use a pass-first point guard. That's a serious need for Philadelphia. But what could help, is a three-point shot as well. Like Gerald, he is blessed with his athleticism, but lacks an outside game. 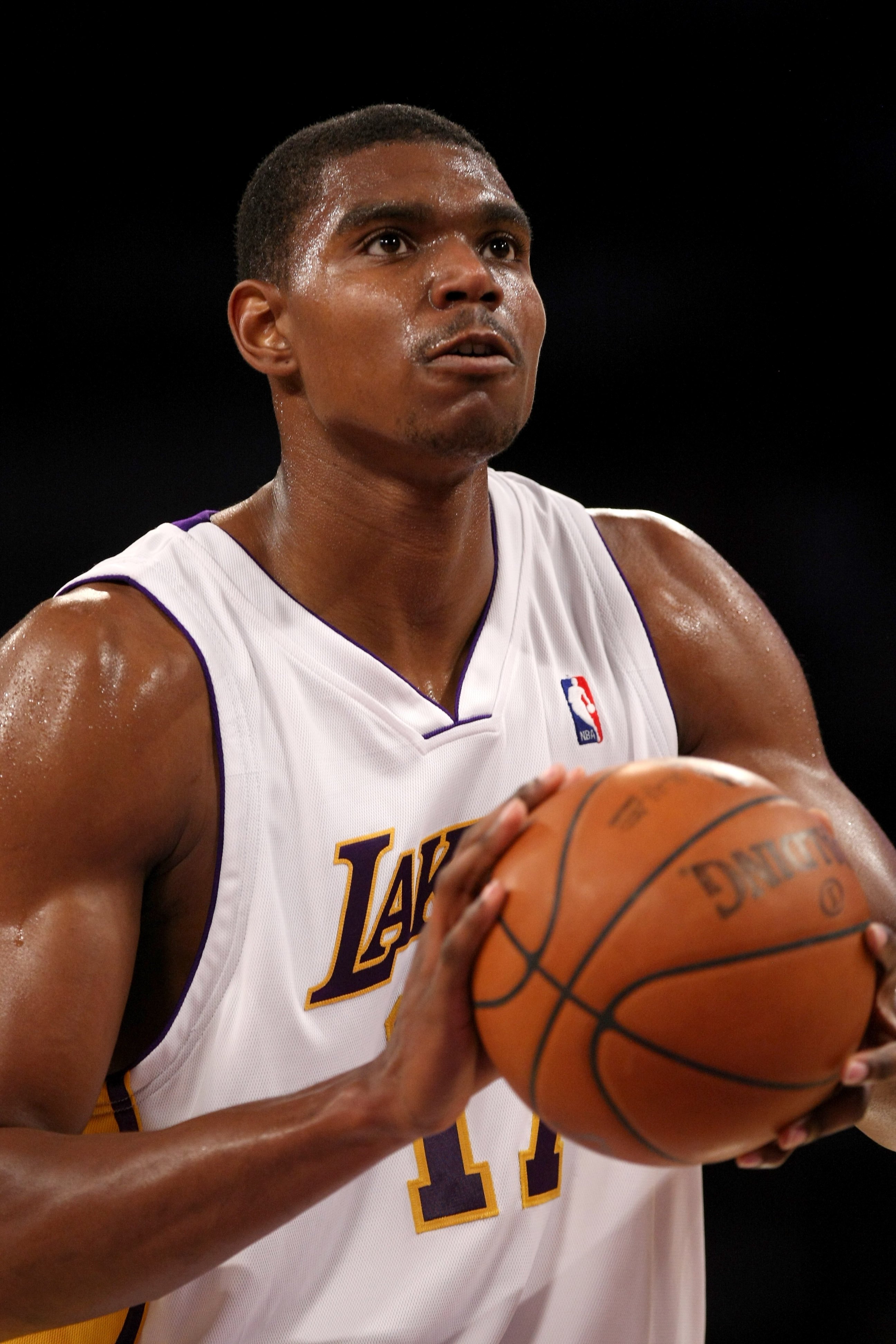 Andrew Bynum is an extremely rare commodity in the NBA. He is one of the last true, back-to-the-basket centers left. The physically intimidating 7-footer is still very young, and shows glimpses of superstardom. He is pretty good at the line for a center, shoots at a high FG%, and has room to groom his offense. What holds this monster of a man down? Theres injuries, but that can't be helped. Bynum needs to play at a consistent level, and show the desire to pl'ay. This man makes the ground shake wherever he goes, but would rather have a teddy-bear smile on his face. He also plays very inconsistently, just like most Lakers (I.E. Lamar Odom, Sasha Vujacic, etc.). He does however shows signs of greatness, and improvement, only to be derailed by injury by post-season time.