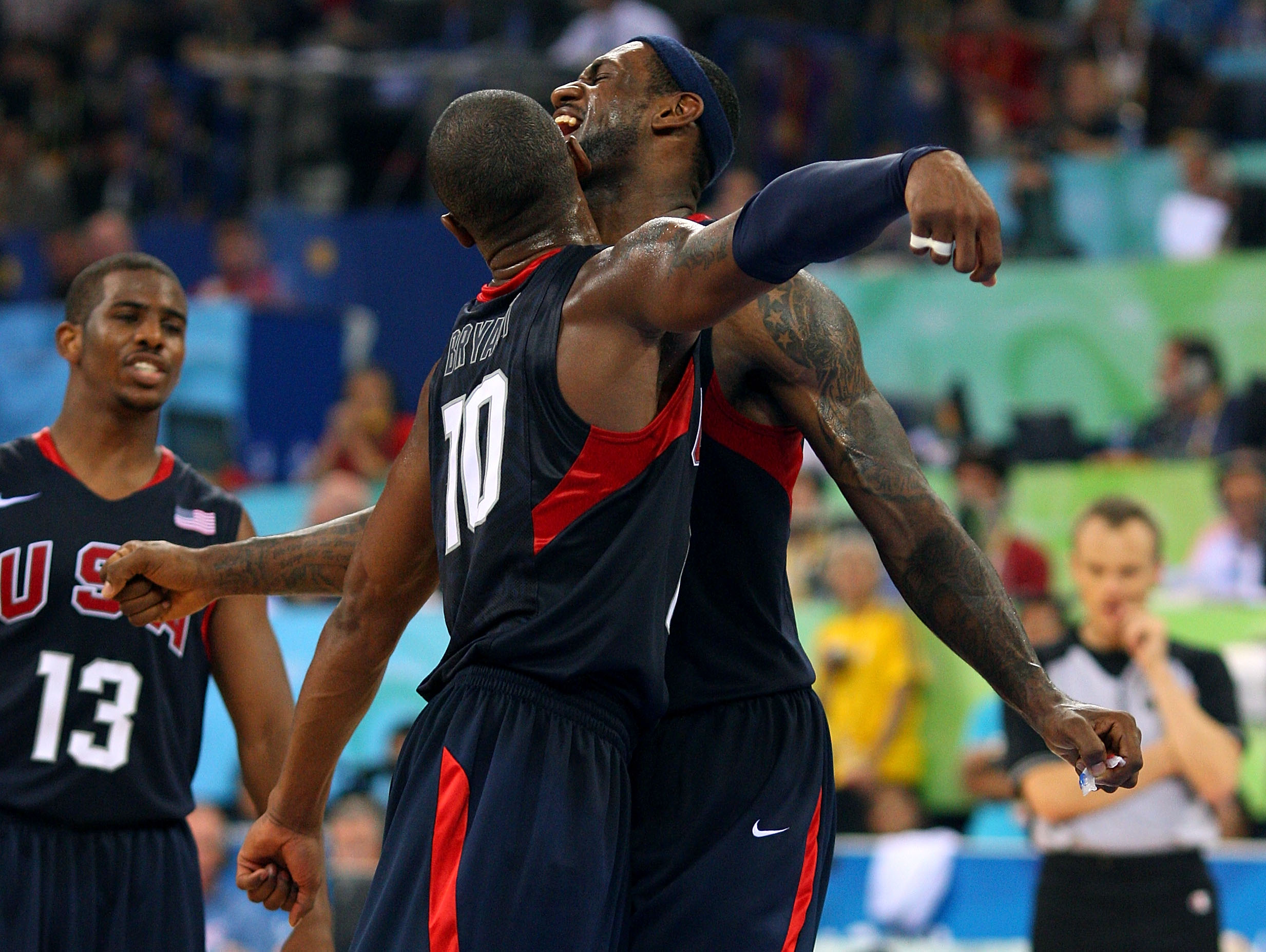 USA Basketball begins its quest to capture the World Championships Saturday in Turkey with a roster filled with players who could be vying for a spot on the 2012 Olympic team.

The next Olympic team should have a familiar look, but there will likely be some marquee names from the 2008 squad who decide not to return.

Here's a very early glimpse of how the 2012 Olympic roster could be a assembled. 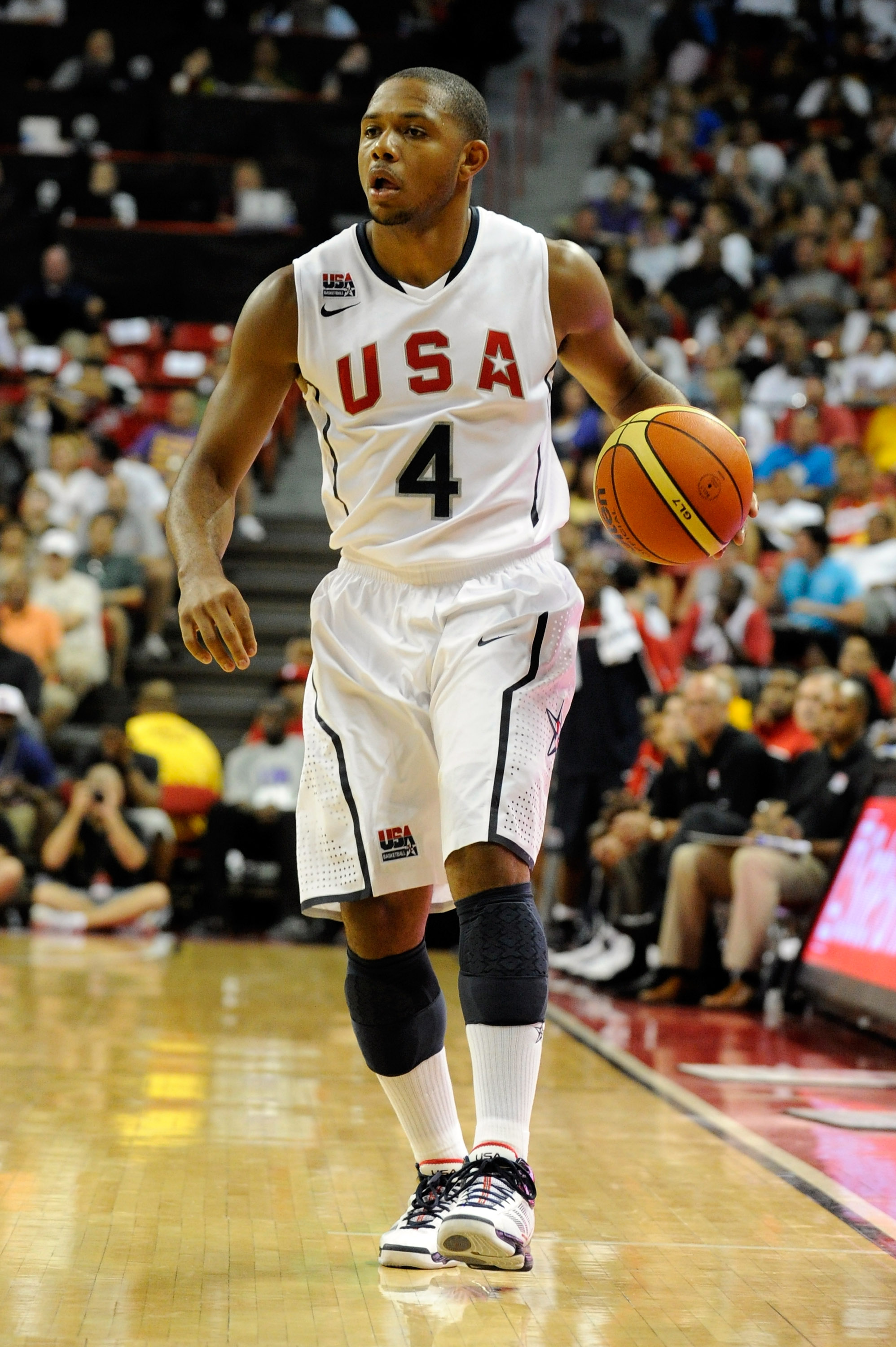 Eric Gordon has been impressive in the exhibition games leading up to the FIBA World Championships and has demonstrated his ability to hit the three-point shot, something that the United States team desperately needs.

In two years, Gordon could be an All-Star guard and much more of a household name, making him an attractive addition to the London squad.

Curry is the best pure shooter on the 2010 roster, but still needs to mature physically and carve out a clear role on the roster. Depending on who returns, they might be room for either Gordon or Curry, but not both. 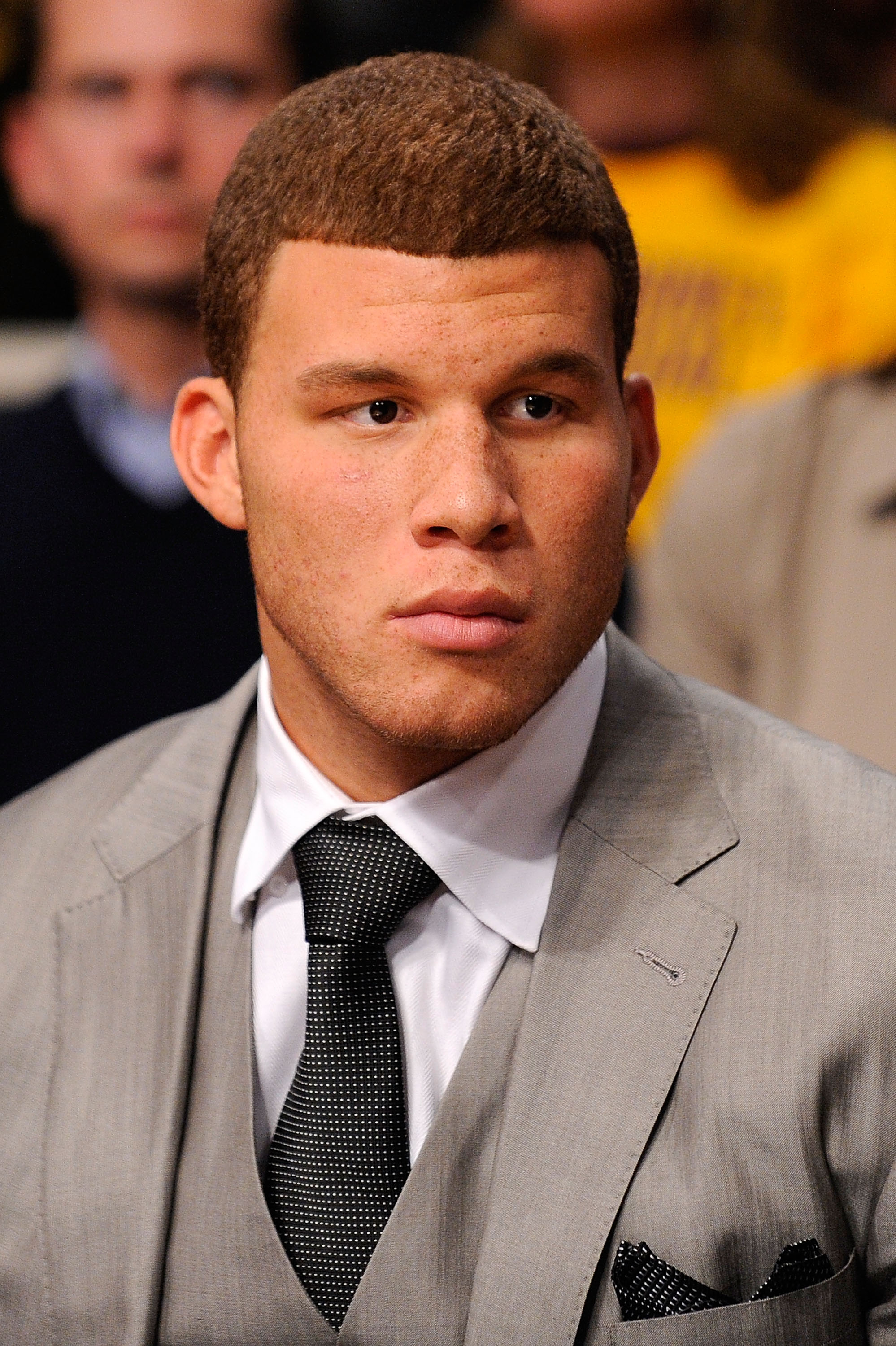 It might seem strange, but the Clippers could easily have two players who make the next Olympic team.

Assuming Griffin recovers from his knee injury, he figures to be one of the NBA's best rebounders from the moment he steps on the court.

Team USA could use his athleticism and ability to clean the glass in London. Griffin would essentially fill the role of garbageman on the Olympic team. 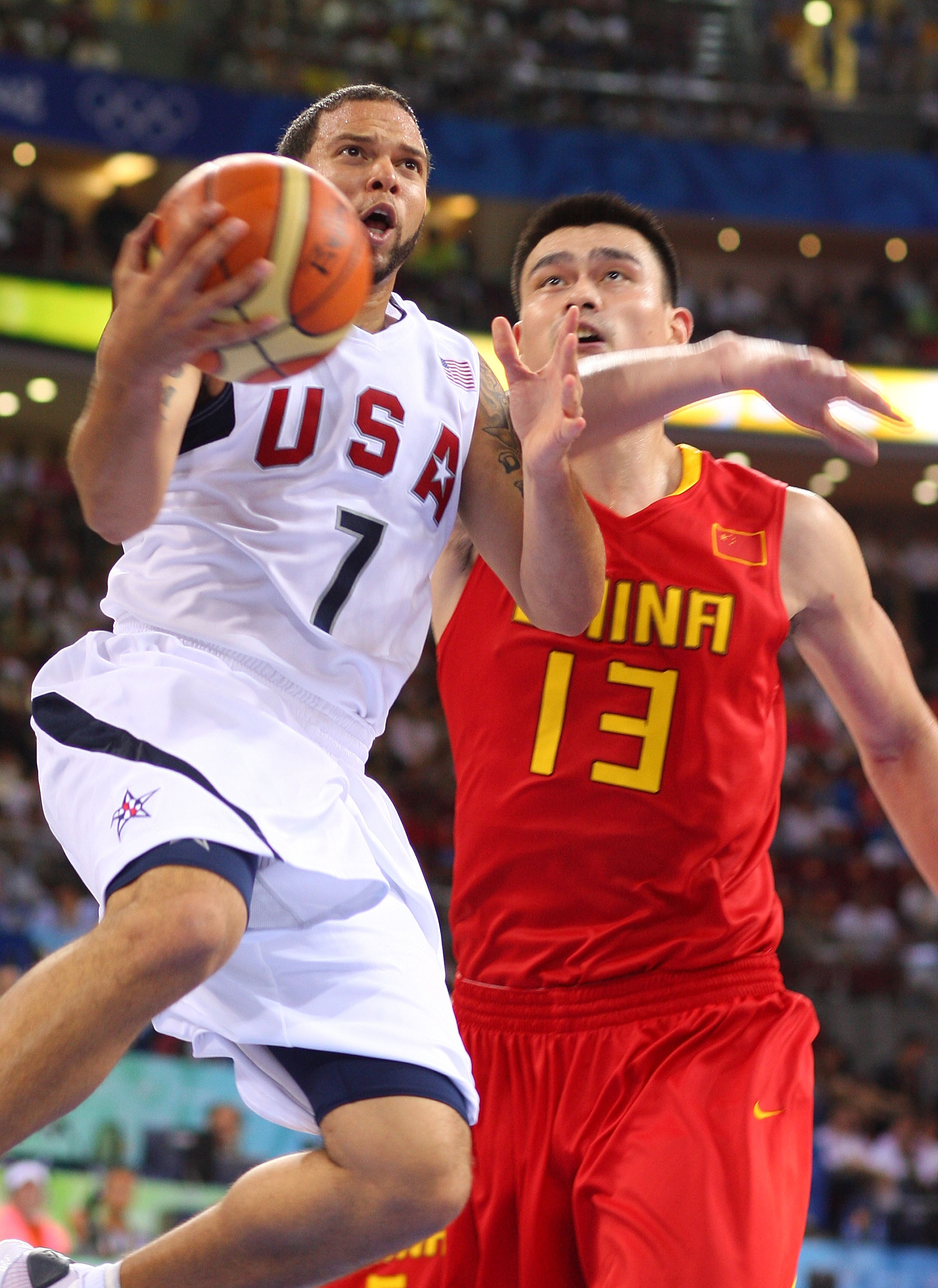 Williams has a put a lot of miles on his body, but if the majority of the 2008 Olympic teams opts to return, he is likely to join in.

Along with Chris Paul, Williams played well at times during the 2008 games and played some minutes at shooting guard, which he could do again on the 2012 squad.

Brandon Jennings and Rajon Rondo would likely be the best possibilities to take his roster spot of he declines an invitation. 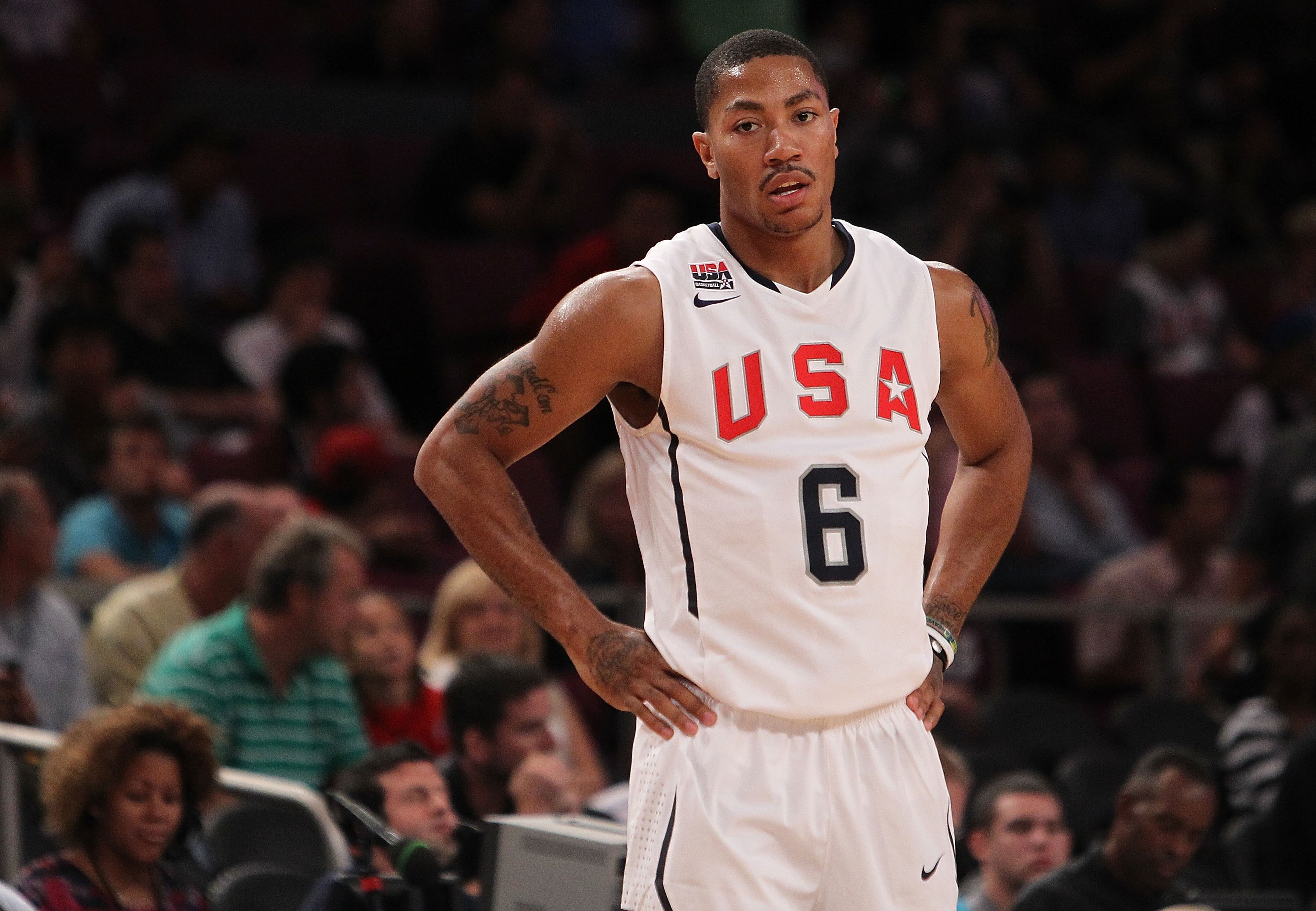 Derrick Rose has demonstrated an ability to control the game against international competition as he continues to creep ever closer to joining the ranks of NBA superstars.

By 2012, Rose should be without question one of the best players in the NBA and a lock to make the London squad.

His ability to get to the basket and distribute the ball to others makes him a key cog to the team, and his upper-body strength allows him to withstand the physical defense of international play. That would likely give him an edge over Rajon Rondo. 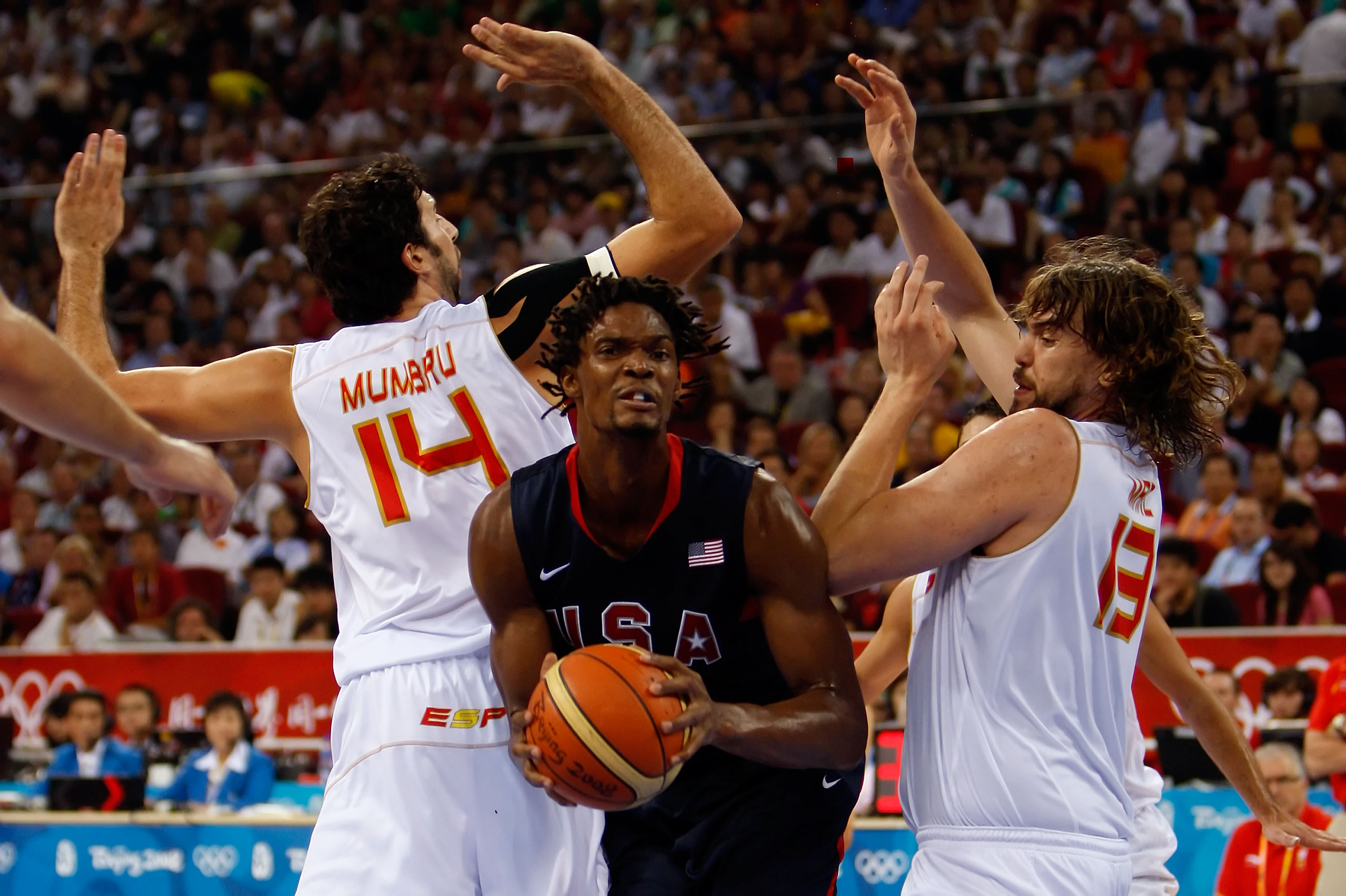 Chris Bosh has the versatile skills that would make him a perfect fit for the team and was a pleasant surprise in Beijing.  His ability to play power forward or center and be a post-scorer could be valuable on what will be a perimeter-oriented roster.

Bosh will be a huge key in determining if the United States can defend the Gold in London. 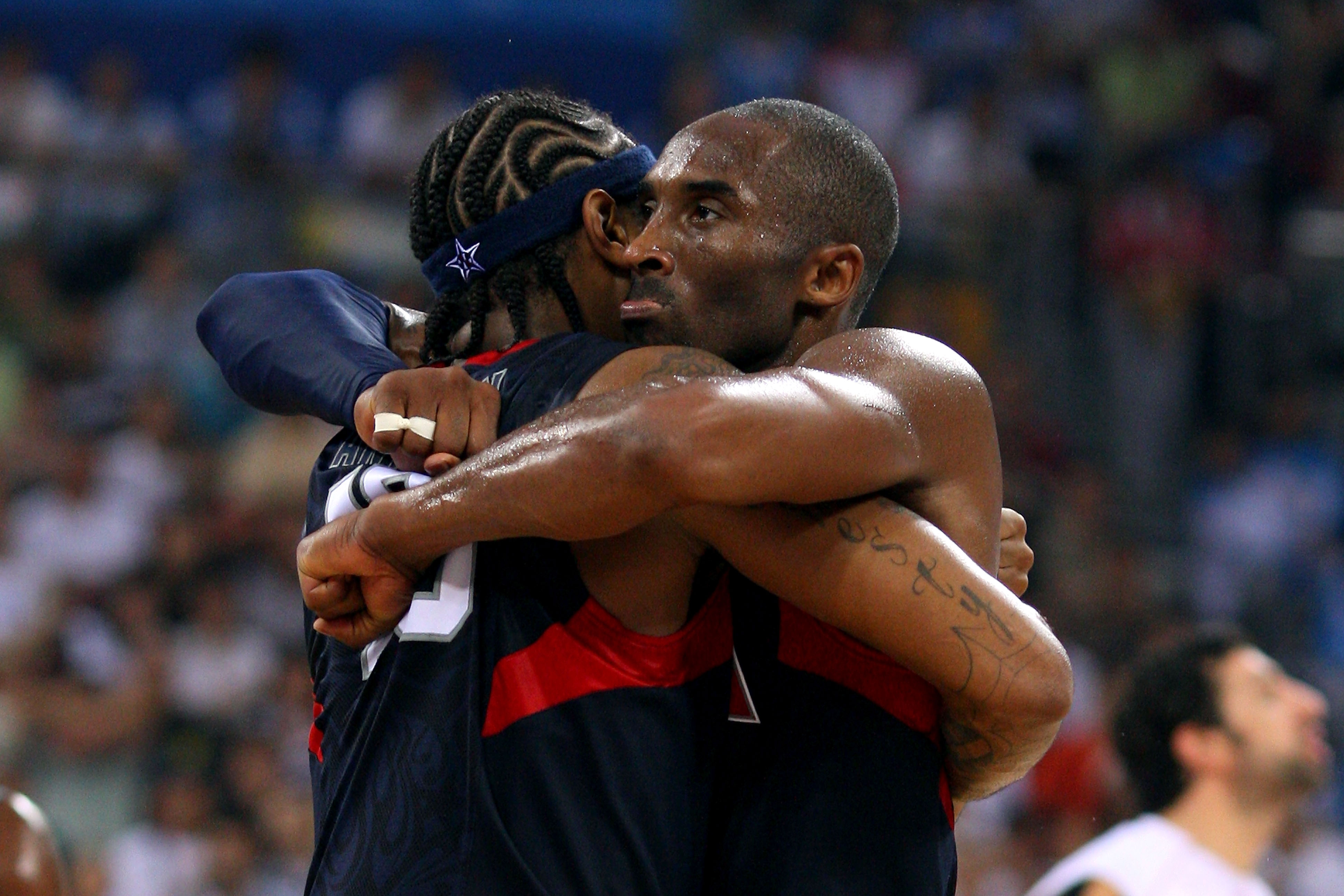 Will Kobe Bryant decide to play in the Olympics at age 34?

It's very difficult to say at this point, but given his track record of staying healthy and his love of the game, forecasting him to play isn't a huge risk.

Kobe isn't likely to demand a starting spot and could play limited minutes off the bench, especially if mainstays Dwyane Wade and Carmelo Anthony return to the team.

If Kobe opts out, either Andre Iguodala and Rudy Gay would have a very good chance of making the Olympics roster. 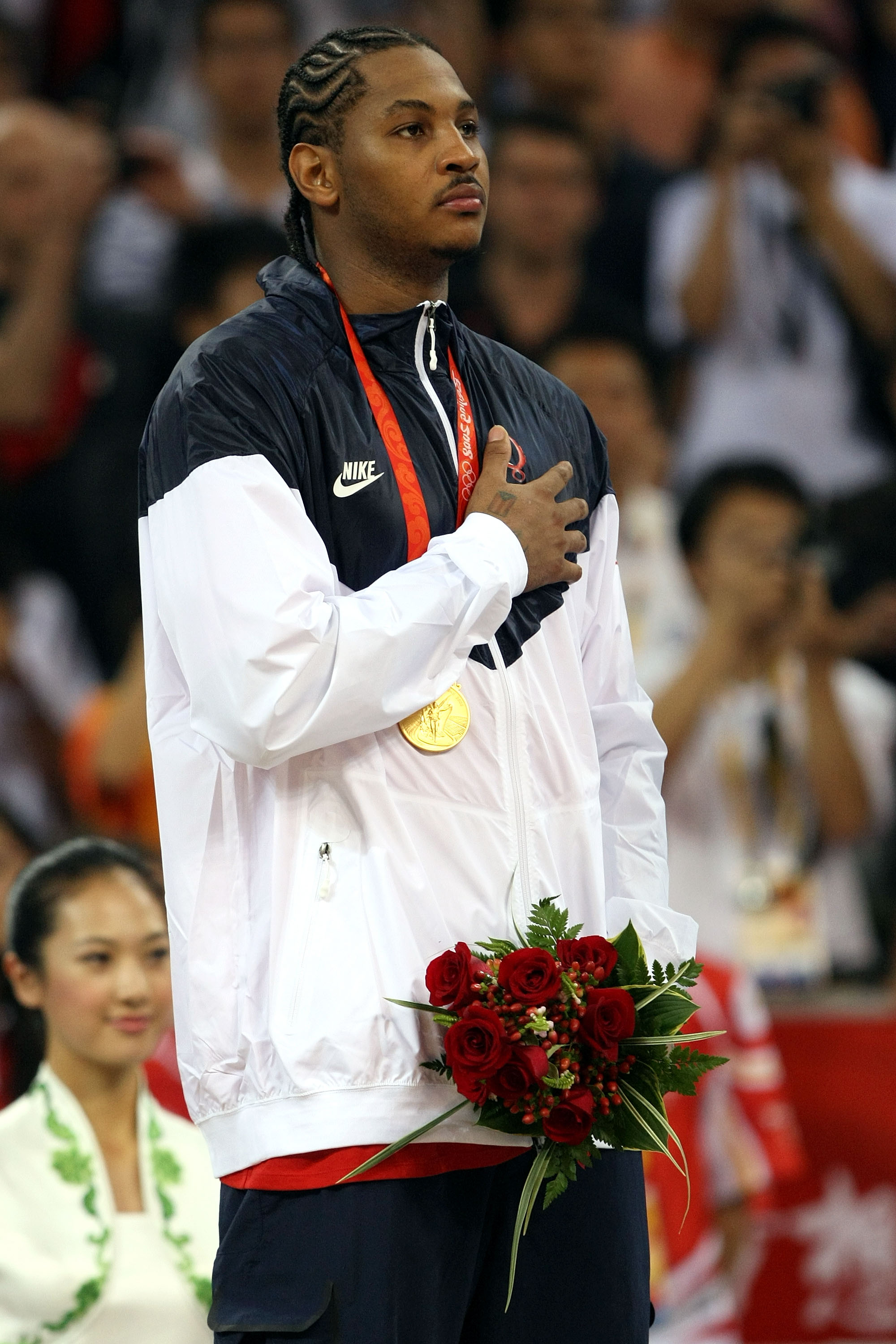 Anthony is the sixth man and will be on the team to score, pure and simple.

His offensive skills and ability to hit the international three-pointer with ease made him a valuable member of the Beijing team. The presence of Kevin Durant on the London team likely means 'Melo is headed to the bench. 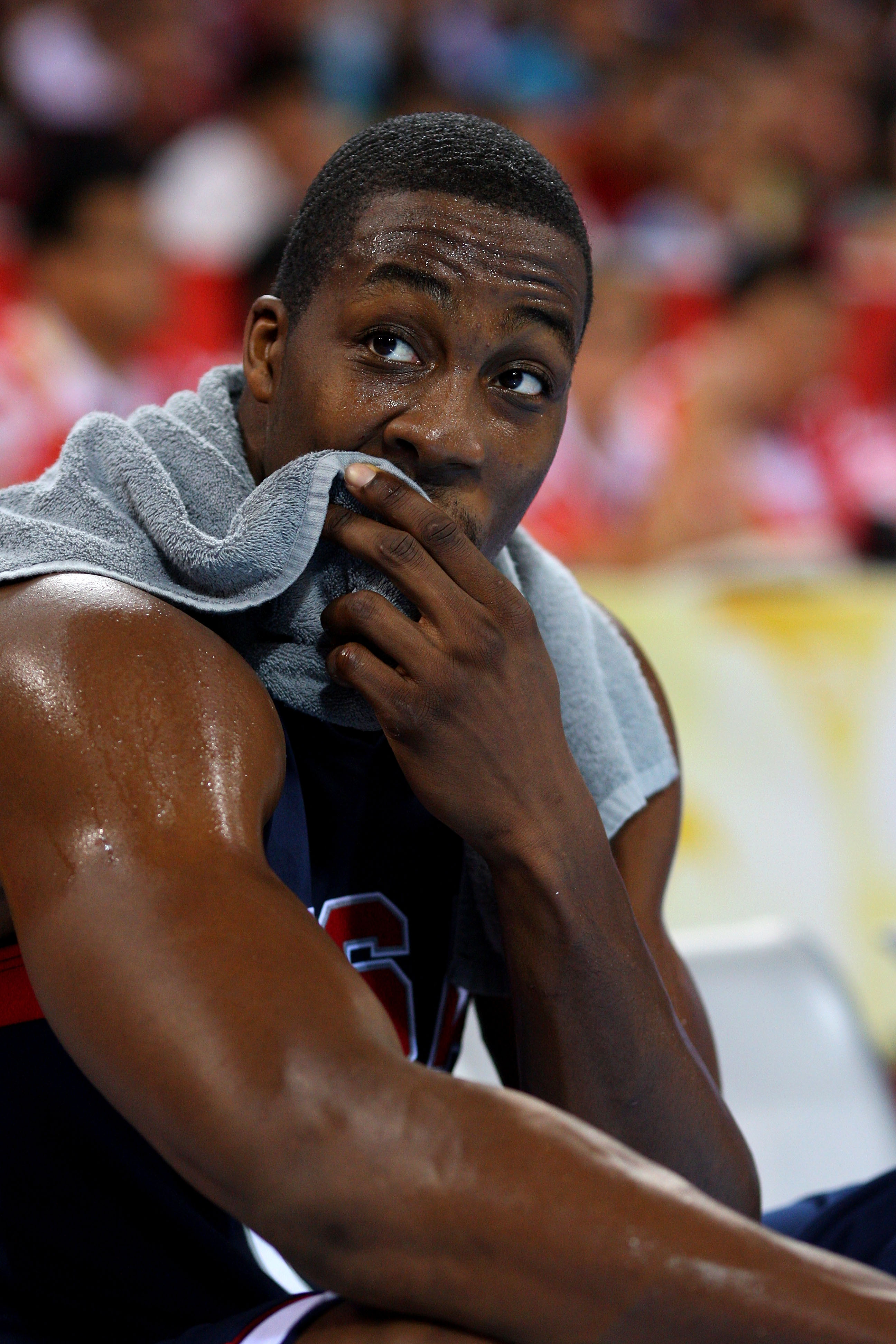 Howard had his moments in Beijing, but he was often frustrated by opponents and somewhat of a liability on the offensive end.

In two years, his offensive game should be much improved, and his tendency to pick up foolish fouls won't be as big of a problem.

Howard is likely to be the only true center to make the 2010 Olympic team. 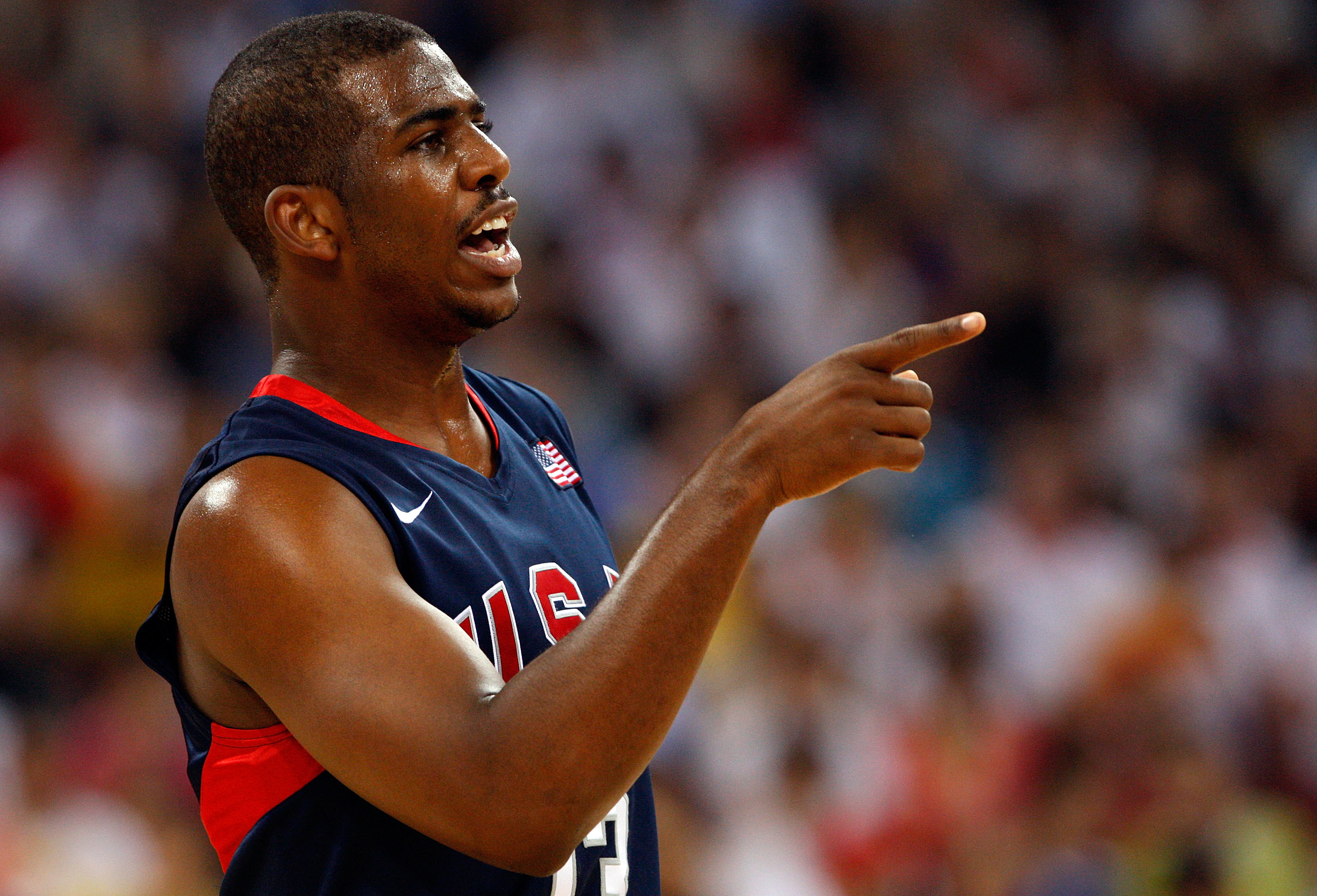 Like many players projected to make the team, Paul could decide to opt-out.  But if he decides to play in the Olympics, he is likely to be the starter.

Paul's ability to control a game and contend with physical defenses gives the United States another capable lead guard.

His unselfish play and leadership was a key factor in the Beijing capturing the Gold Medal. 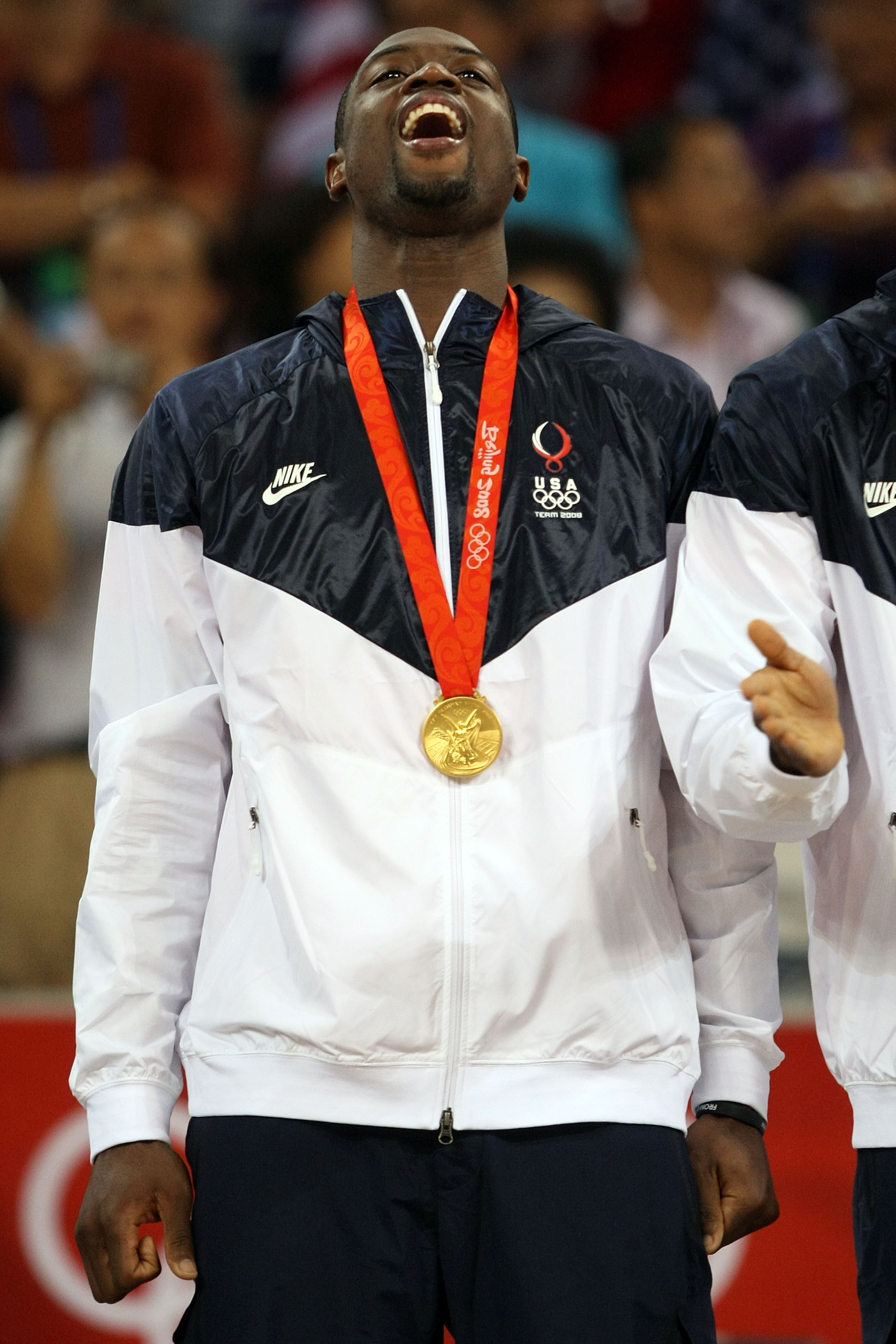 Dwyane Wade has taken an absolute pounding during his NBA career and could be compelled to skip the 2012 Olympics.

But if LeBron James plays, so too will Wade and Bosh.

Wade was a clutch performer in Beijing and thrived while being surrounded by capable point guards for a change. He would likely get the nod for a starting spot over the aging Kobe Bryant. 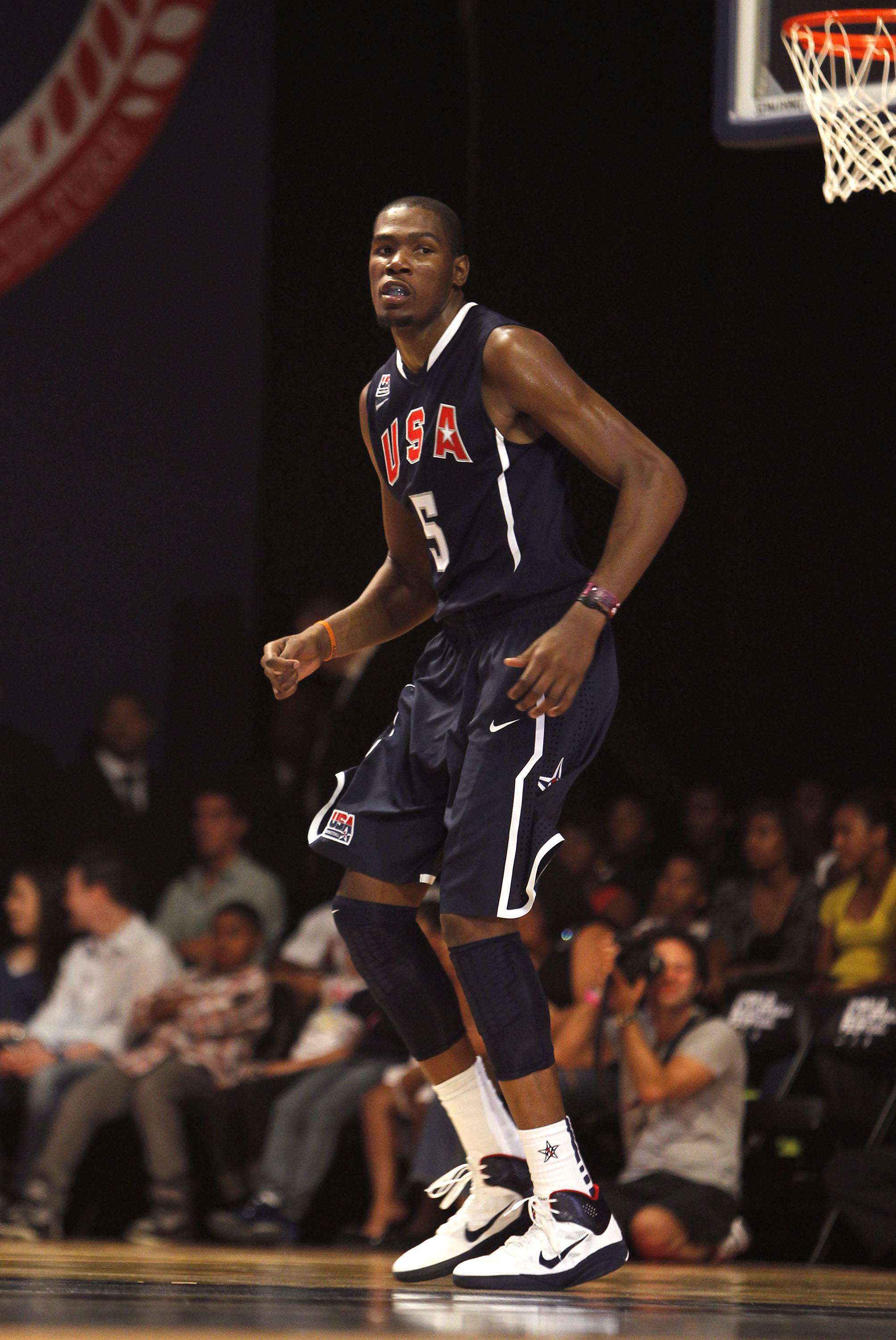 At 21, Kevin Durant finds himself as the face of the 2010 World Championship team.  The go-to scorer on this year's team, he figures to occupy that role again in 2012.

Durant has struggled a bit in exhibition play leading up to the World's, but his continued physical maturation and a serious upgrade of the pieces around him should make for a dominant performance in London. 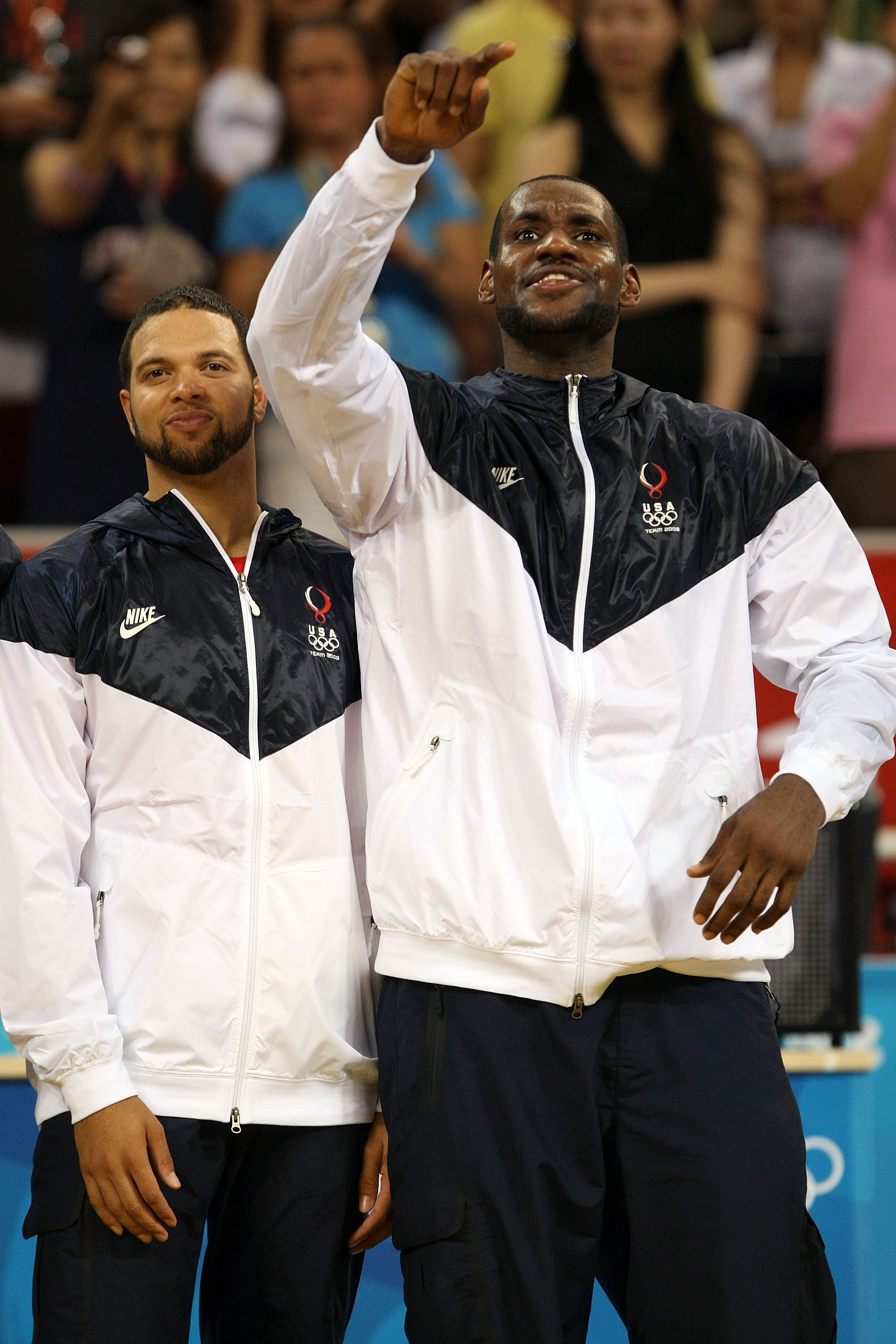 In many ways, LeBron could shape landscape of the Olympic team with his decision to either play in London or sit out and enjoy some time off.

At the moment, it appears that he is still committed to playing, which means others will likely follow.

LeBron's all-around talents and size make him ideally suited to playing power forward for the United States team, where he can help run the team and create mismatches while being perfectly capable of rebounding and defending the paint.

For the moment at least, LeBron James is the brightest star likely to play on the 2012 Olympic team.