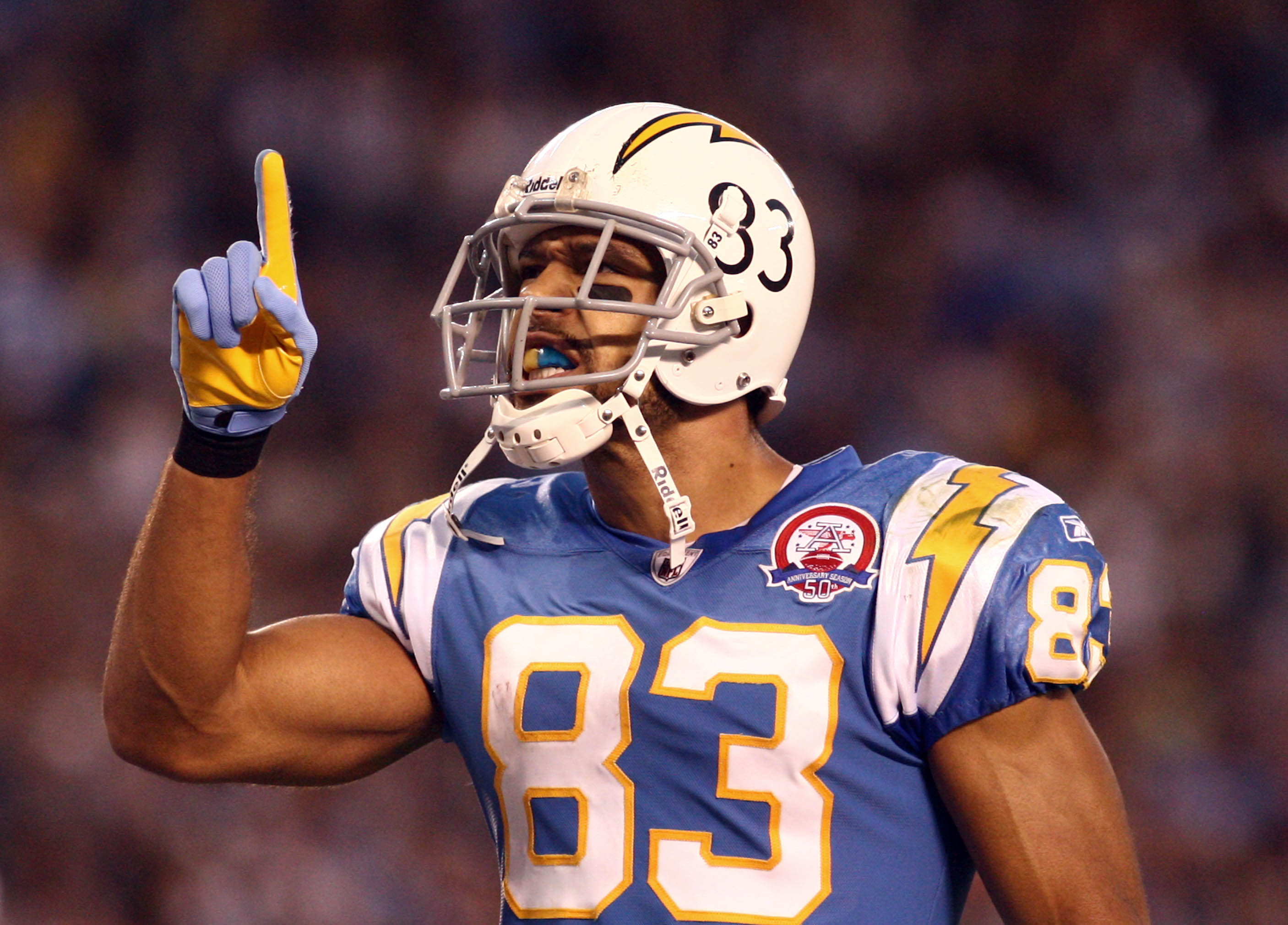 Chances are, Smith and the Chargers will pay McNeill because he is more vital to their immediate success. San Diego has Antonio Gates plus two potentially solid receivers in Malcolm Floyd and Legedu Naanee, whom allow the Chargers to maintain a solid passing game sans Jackson.

If Jackson refuses to report to camp and continues his holdout past the August 20th deadline the Chargers have given him, a trade would appear to be the most logical solution. A.J. Smith has shown that he is far more concerned with winning than loyalty and caving into holdouts, (he let L.T. and Antonio Cromartie walk) so if the price is right, Jackson could most definitely be shipped off.

Obviously, there's an abundance of concerns with a Vincent Jackson trade. First of all, he's accumulated two DUIs, and will serve a three game suspension to begin the 2010 season, which brings up the ole "character concerns." But look at Brandon Marshall and the Dolphins. The Fins looked past Marshall's issues, and upon acquiring the Pro Bowler were instantly upgraded from borderline playoff contender to sleeper Super Bowl pick.

Secondly, whichever team acquires him will have to sign a hefty paycheck to get him on the field.

But there are a handful of teams who would infinitely benefit from Jackson's services. If they surrender the cash and handle the character concerns, these five teams could improve anywhere from sub-.500 to Super Bowl contenders. 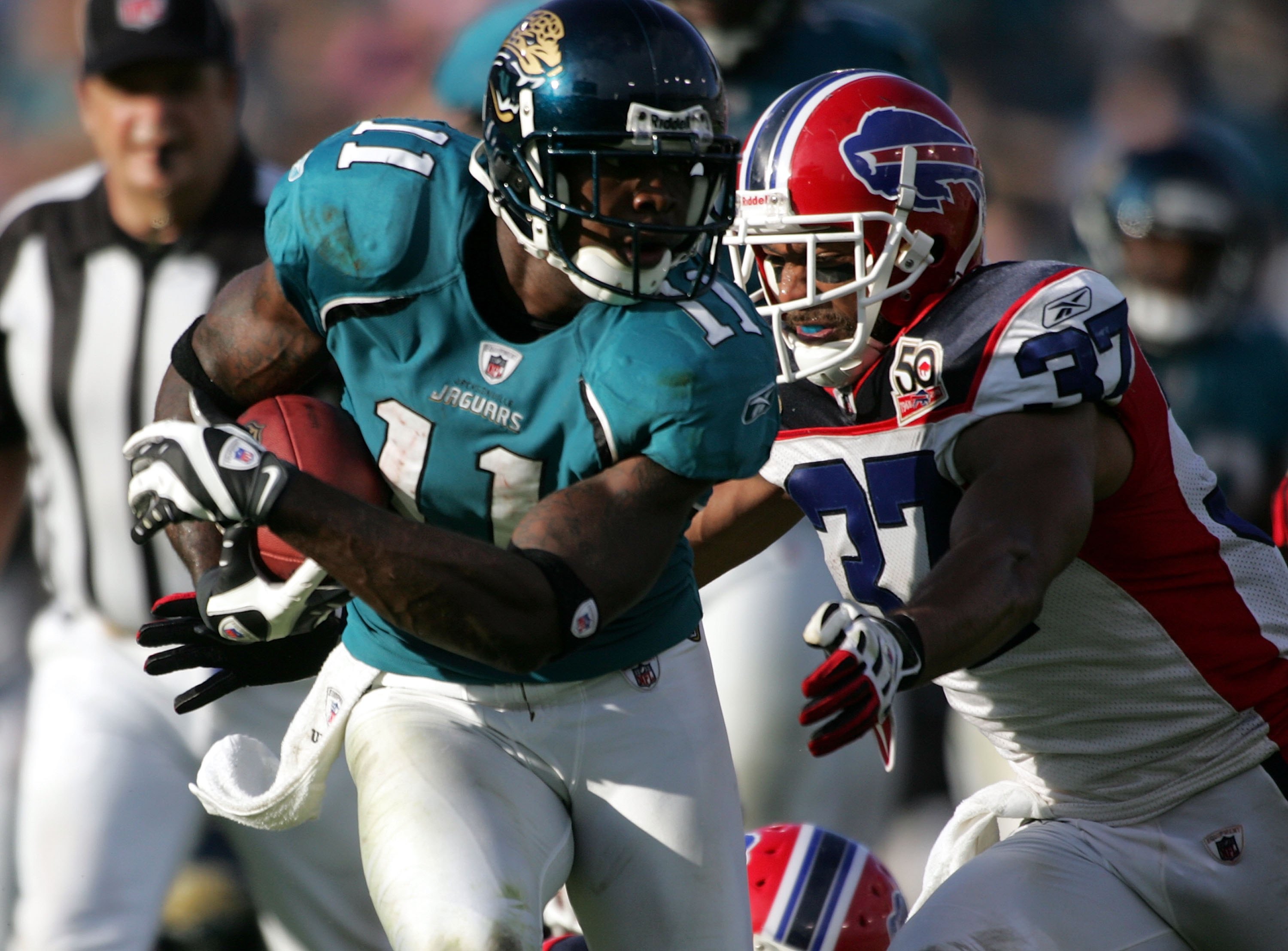 The Jaguars currently reside on the edge of a relocation cliff.  They have some of the worst fan support in the NFL, but their situation is actually made worse by the fact that this team has been mildly successful.

Perhaps Jacksonville just isn't attracted to a team with such a lack of star-power.  Maurice Jones-Drew might be a Hall-of-Famer at this pace, but outside of him, the Jags have little to brag about.

Over the past handful of years, the Jaguars have amassed some of the worst draft classes in the league. More importantly, they have whiffed on far too many wide receivers (Matt Jones, Reggie Williams, Ernest Wilford, etc.).

Mike Sims-Walker is a tremendous young receiver, but he is far from a sure thing.  Over the Jags last five games of 2009, Sims-Walker caught one pass in two games, and two passes in two other games. He redeemed himself with a six reception game in between, but that kind of inconsistency does not necessarily bode well for his future.

So, why not swap a few draft picks, which, at this rate are likely to be busts, for a proven Pro Bowl wide receiver?  Not only would this instantly bolster a pedestrian passing game, but it would show Jacksonville that this team is committed to winning.  Sims-Walker and Mike Thomas would have room to mature into great receivers, and teams would not be able to stack the box against MJD. 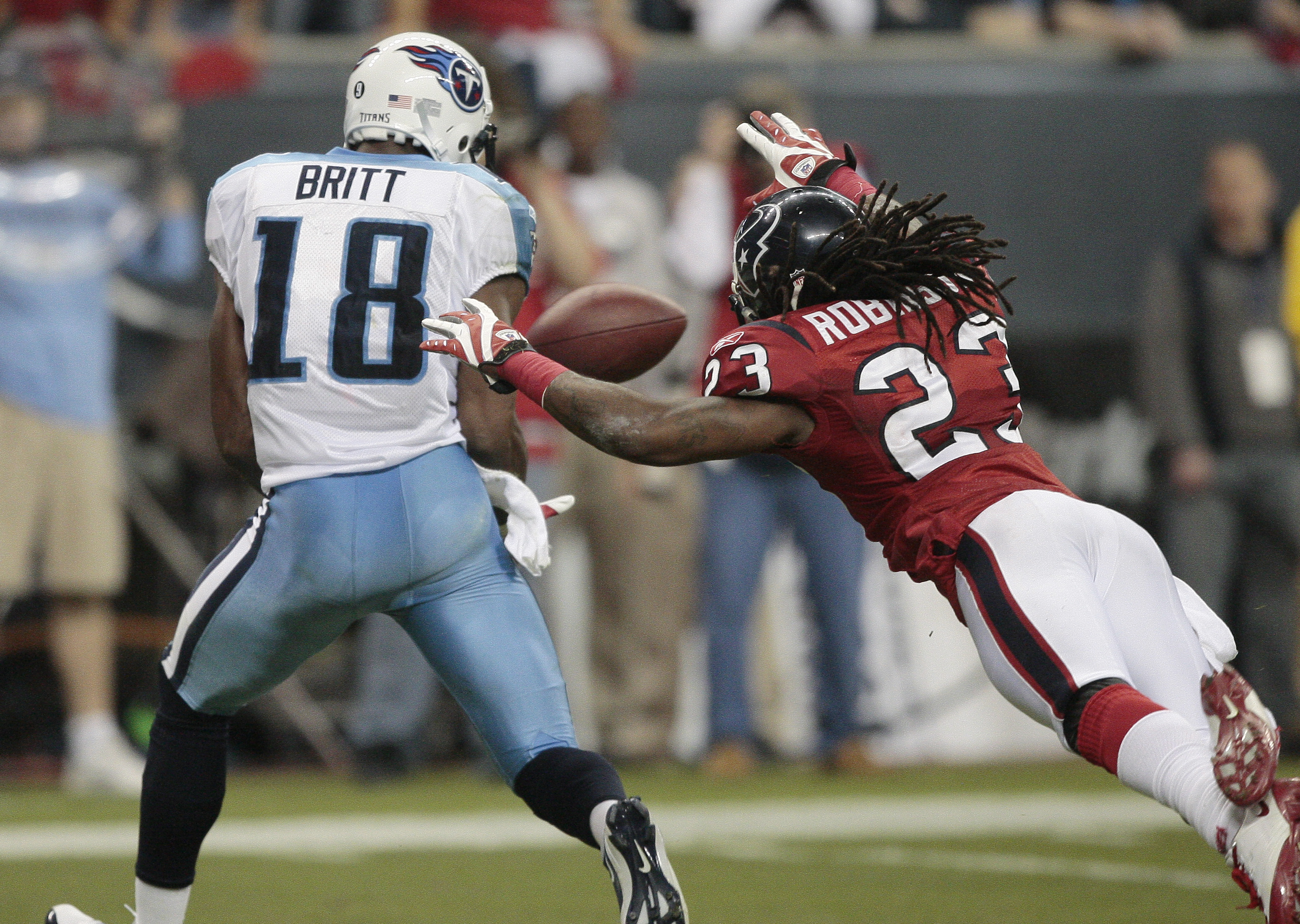 The Titans have been cursed with the misfortune of residing in the AFC South.  Although they have been fortunate enough to squeak their way into the playoffs in two of the past three seasons, the emergence of the Houston Texans is only making things more difficult.

Tennessee possesses arguably the league's best running back in Chris Johnson coupled with a deadly duel threat quarterback in Vince Young, as well as a potential star in Kenny Britt.

But, with a run of the mill defense, is that really enough to knock off the Texans and Colts?

Probably not, but add Vincent Jackson into that offense, and then the Titans are right on par, if not a step ahead of its division competitors. With Jackson in the mix this team could become an instant Super Bowl contender.

The Titans have yet to show any public interest in Jackson which makes them a long shot, but the upside of acquiring the receiver would be sky high. 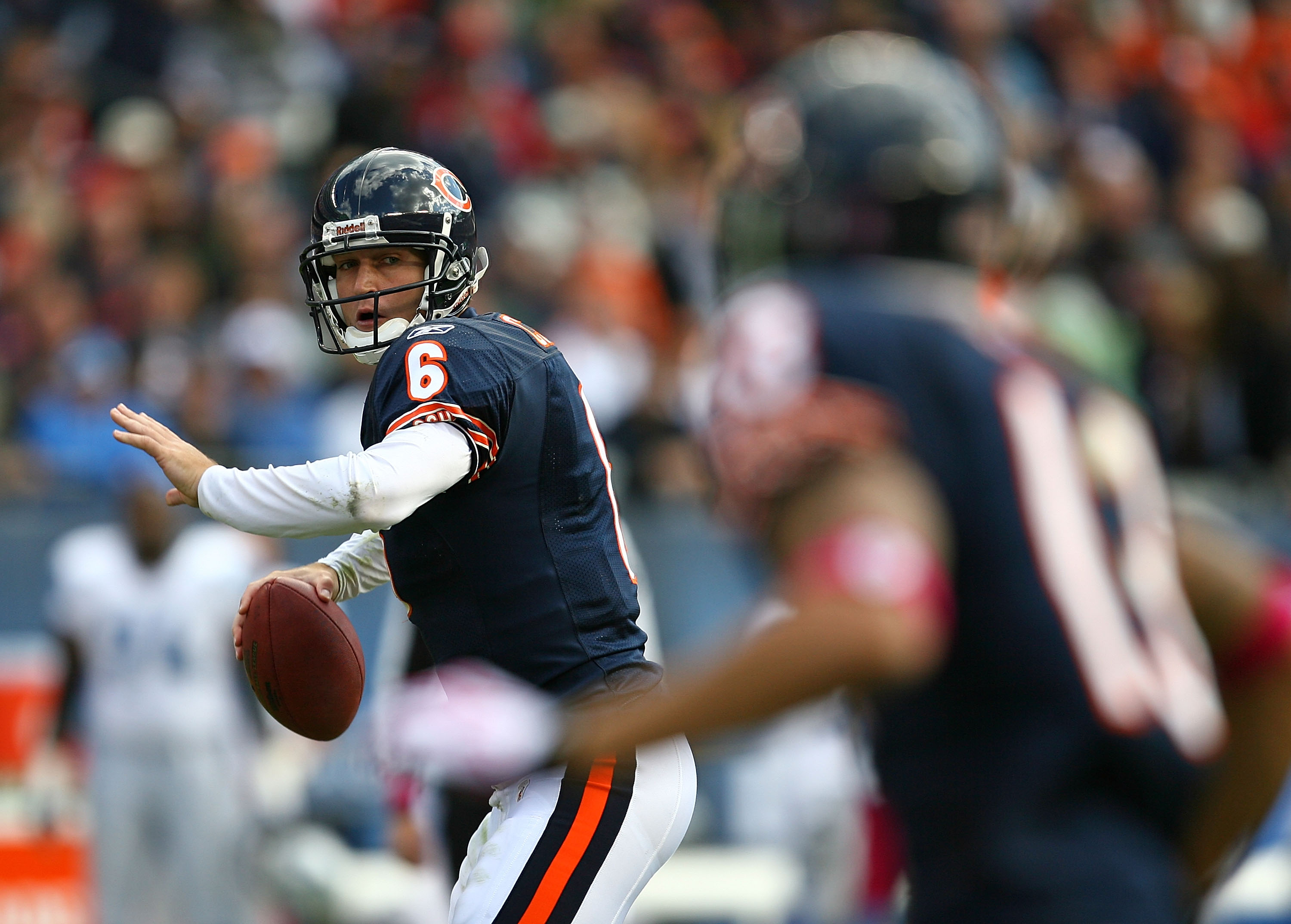 New offensive coordinator Mike Martz, whose genius has become so grossly inflated and overrated throughout the duration of his career, has run successful offenses when he has possessed true No. 1 receivers. He had Isaac Bruce and Torry Holt in St. Louis, and he had Roy Williams in Detroit.

Jay Cutler's success also came when he had a true No. 1 receiver in his arsenal.

The cards for a Vincent Jackson trade are more in line than you might think.

Bears G.M. Jerry Angelo and Head Coach Lovie Smith are both on the hot seat in 2010, and one more sub par season might spell the end of their tenures in Chicago.  So, what harm could swapping a few draft picks for Jackson do?

If it fails, they will be fired anyway.  But, if it works, and it most likely would, they will remain employed.

Of course, it'd be difficult for the Bears to part with ways with more high draft picks after shipping off two first rounders for Jay Cutler.  But imagine Vincent Jackson with a speedy Johnny Knox in the slot. Scary, huh? 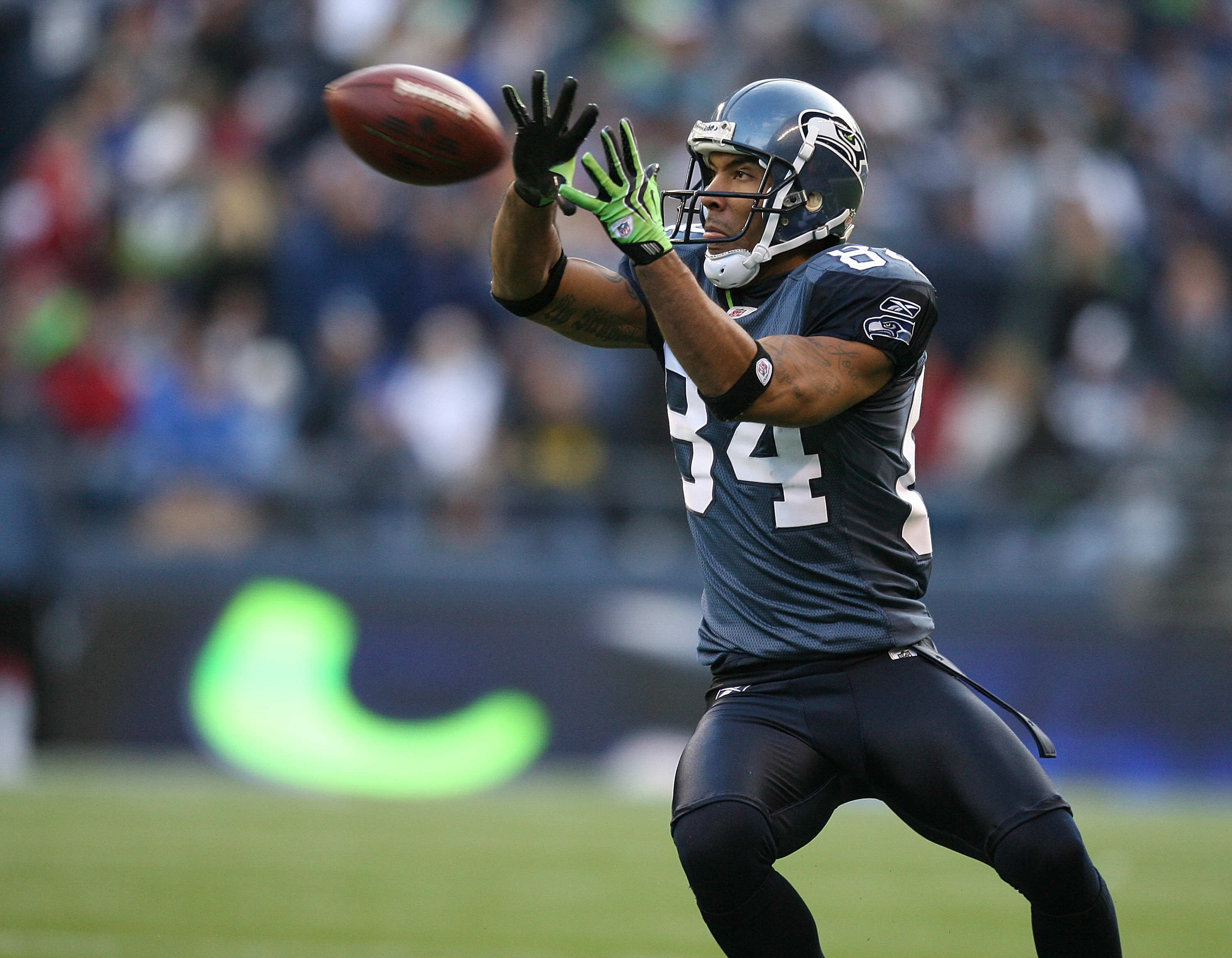 Throughout the entirety of Vincent Jackson's holdout, the Seattle Seahawks have continually been linked to the receiver.  Reportedly, Seahawks new head coach Pete Carroll has inquired about a trade with the Chargers, but anything is yet to come to fruition.

Seattle has had a busy offseason rebuilding their offense with Russell Okung, Charlie Whitehurst, Golden Tate, Mike Williams, and Leon Washington.  They have already established themselves as a sleeper team in the NFC, but adding Vincent Jackson would arguably make them the odds-on favorites to win the NFC West.

Jackson would allow T.J. Houshmandzadeh to return to a secondary role which he thrived in with the Bengals, and it would allow for rookie Golden Tate to both have a more gradual induction into the NFL and utilized his speed in the slot.  Not to mention, it would free up space for speedy running backs Leon Washington and Justin Forsett.

The Seahawks defense still has to make strides before it becomes a playoff-caliber unit, but if Seattle can add Vincent Jackson, their offense could easily carry this team into the postseason. 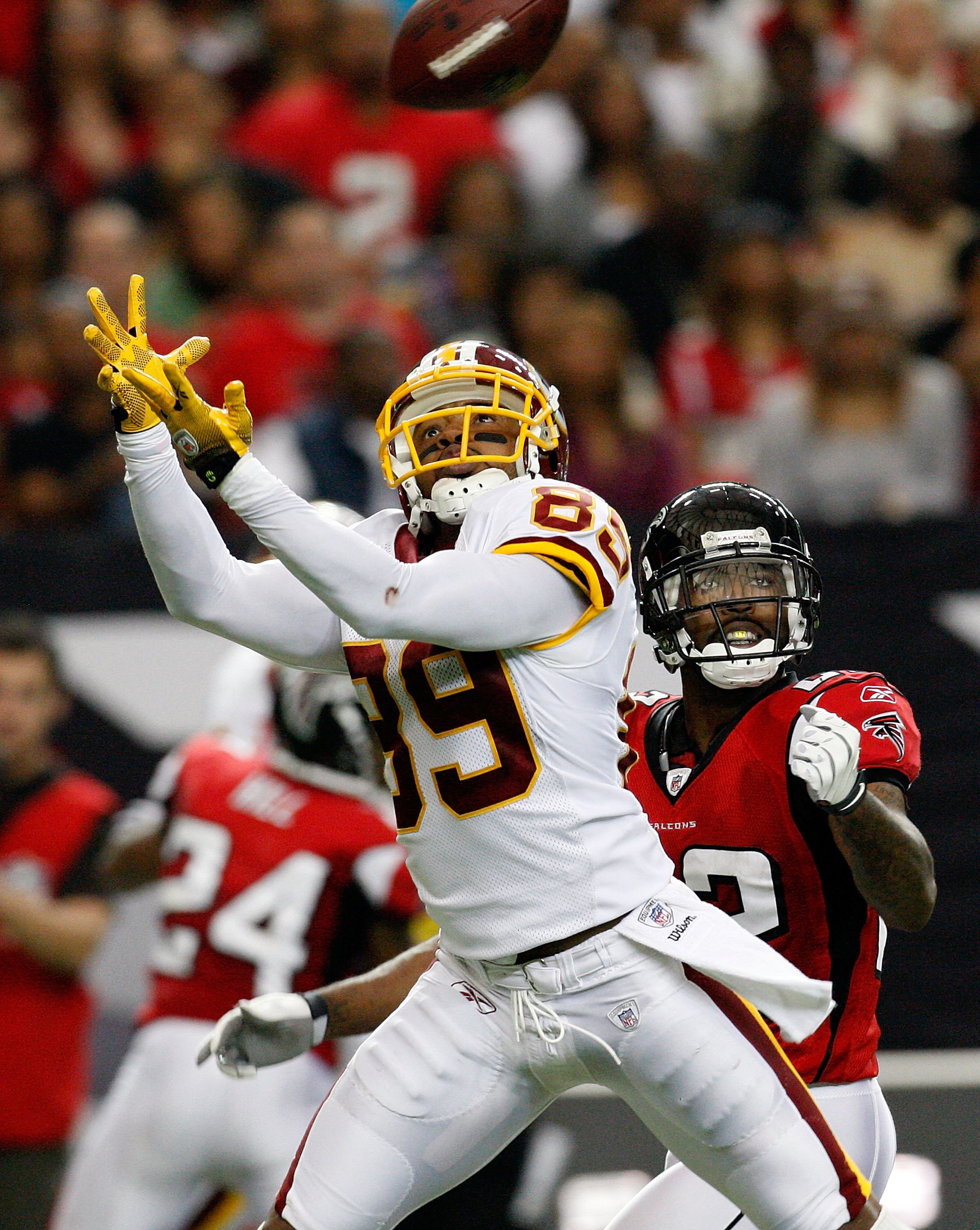 The moment Mike Shanahan and the Redskins acquired Donovan McNabb, they became instant sleepers to win the NFC East, or at least capture a Wild Card bid in 2010.

So, if they were to acquire Vincent Jackson, wouldn't they become serious title contenders?

Yes, this team is a bit aged and muddled, but the Skins defense finished 10th in overall defense in 2009, and Mike Shanahan is nothing short of a miracle worker when it comes to finding successful running backs.

Quarterback Donovan McNabb made James Thrash, Todd Pinkston, and Freddie Mitchell look like some pretty good players during his days in Philly (and that is really saying something), but the one year McNabb had a dominant receiver (Terrell Owens) in his arsenal, he threw for just under 4,000 yards and tossed 31 touchdowns.

Granted, the 2004 Eagles were a much better overall team than the 2010 Redskins will be, but the potential to recreate that magic is there.  Santana Moss and Devin Thomas are nothing more than solid receivers, but Jackson could be great.

McNabb and Jackson reportedly worked out together this offseason, Mike Shanahan is reportedly a big fan of Jackson's, and the Redskins have reportedly been consistently interested in acquiring him.  The Redskins and Chargers could possibly even structure a trade that would ship Albert Haynesworth to San Diego to fill the gap left by Jamal Williams.

This makes too much sense not to happen.  Pull the trigger, Mike Shanahan.  Pull it!