Team USA Basketball: Who Will Be the Starting Point Guard? 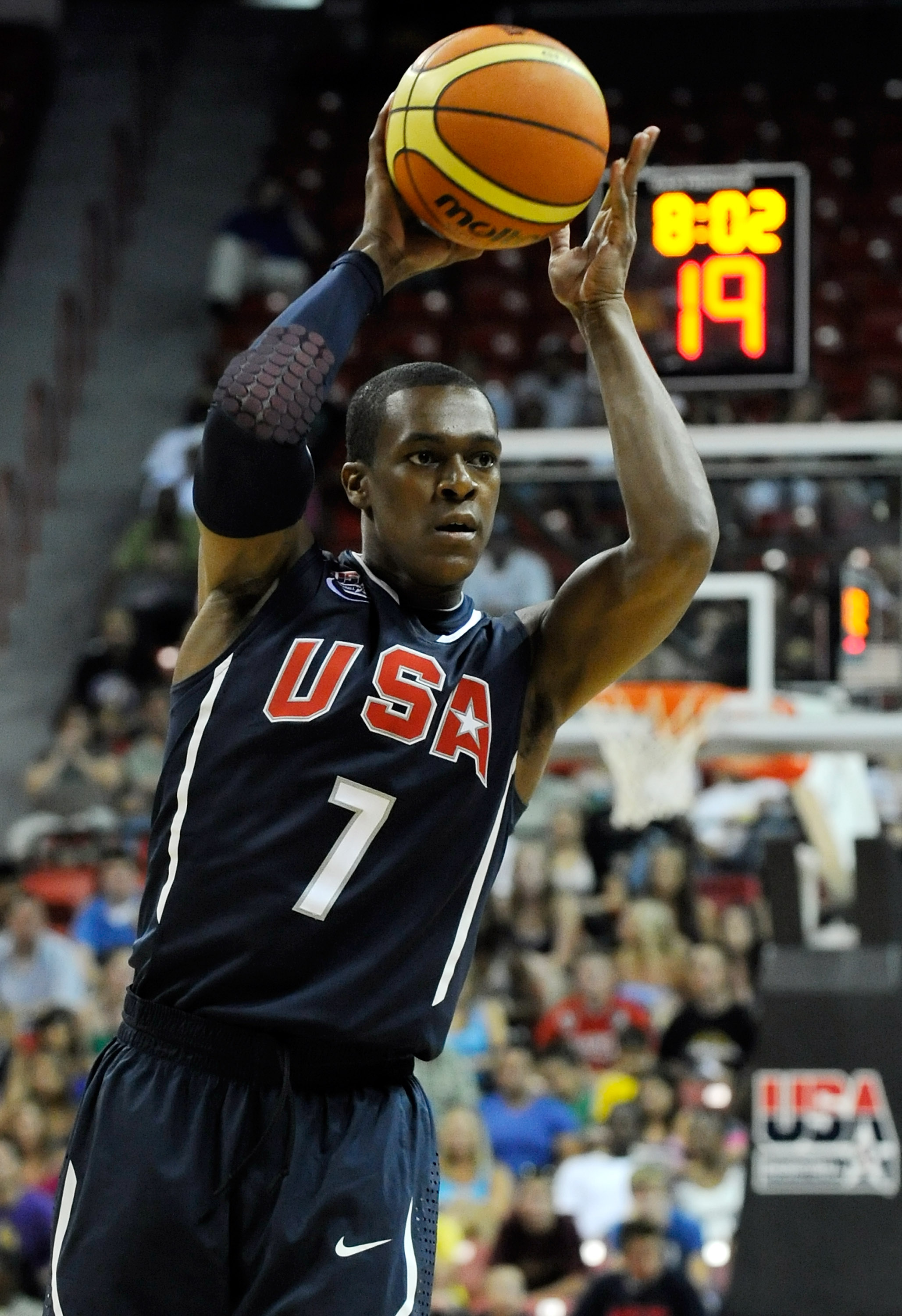 Only two more weeks separate Team USA from the start of the 2010 FIBA World Championships, which will be held August 28—September 12 in Turkey.

The roster currently stands at 13 players after C Javale McGee and F Jeff Green were cut over the weekend. Team USA Chariman Jerry Colangelo has until August 26 to trim the roster to its final 12 players.

Those 12 players will represent the U.S. in the country's first major international basketball tournament since the 2008 Beijing Olympics, in which the USA won gold. But Team USA hasn't won this particular tournament since 1994, finishing a disappointing third in 2006 and not medalling at all in 2002.

They need gold this time around in order to guarantee a place at the 2012 Summer Olympics in London.

The roster features a glutton of guards, including some of the NBA's best. But who will man the point?

In an international game that emphasizes guard play and outside shooting rather than a half-court offense like in the NBA, the point guard becomes the main team catalyst.

Boston Celtics PG Rajon Rondo got the nod from Coach Mike Krzyzewski in USA's 86-55 exhibition victory over France on Sunday, compiling six points and six assists in 19 minutes of action. He started alongside Denver Nuggets PG Chauncey Billups, who played at shooting guard for Team USA.

But there are many other qualified point guards eager to lead Team USA to international glory. Here are the top candidates and their respective cases for the spot. Share your thoughts below. 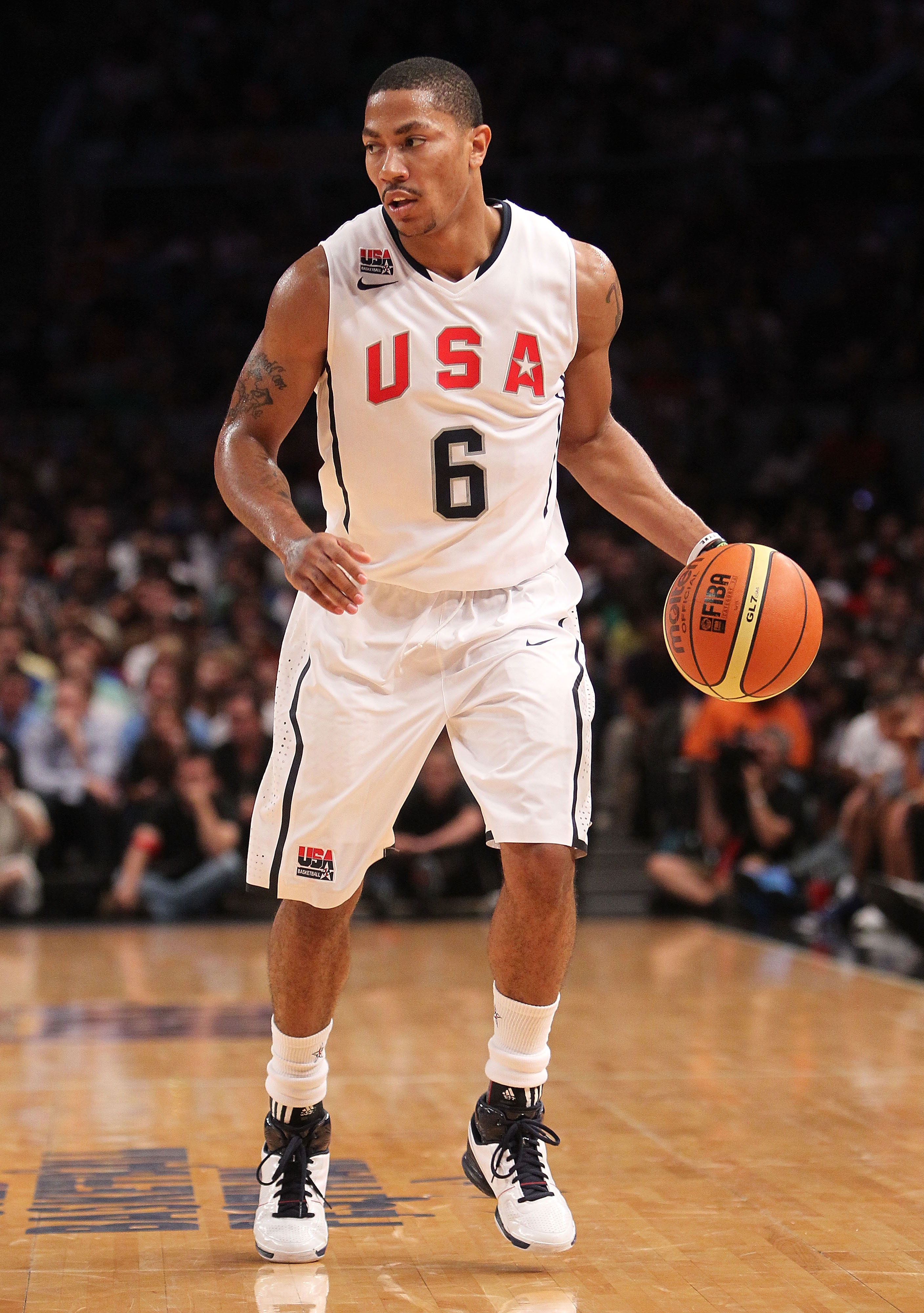 The Chicago Bulls stellar young point guard was Rondo's main backup in the exhibition game against France. But the 6'3", 190-pound phenom provides Team USA with more size than Rondo without sacrificing any of Rondo's athleticism, speed, or court vision.

The one worrisome part of Rose's game is his decision making.

An assist-to-turnover ratio of nearly two is not what you would expect from an elite point guard. However, many of those turnovers may be the product of not having anyone reliable to pass it to in Chicago—a problem he certainly won't have with a squad of All Stars.

Rose is as talented as any point guard in the NBA. However, his lack of experience at the pro level might force him to wait a couple years before Coach K will hand over the keys to the team. 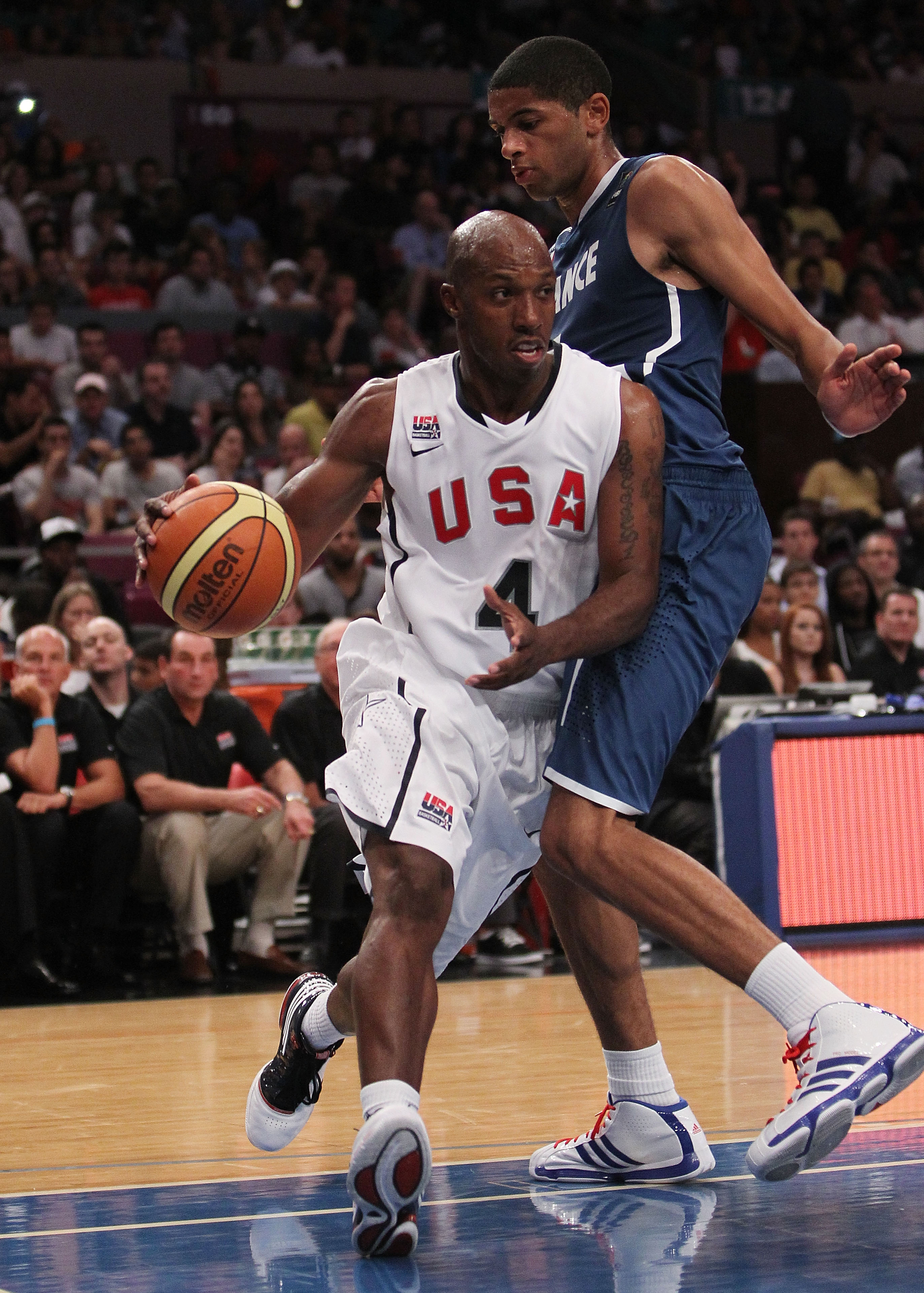 At 33 years old, Billups is the sole veteran presence in the backcourt. Every other guard is 26 or younger, with four guards under the age of 23. Billups also has the advantage of having played on championship teams during his time with the Detroit Pistons, so he knows what it takes to win.

He started at shooting guard against France and scored 17 points in a strong effort.

Like Rose he provides some serious size to the position, weighing in at 202 and standing at 6'3". He's also an adept ball-handler and can push the tempo if needed.

The question with Billups is if he will be able to run with the rest of the team, lacking the speed and the length of many of the other youthful players on the roster. He will be asked to play the role of leader, helping to keep the younger players calm in extremely hostile atmospheres.

But for Team USA to win, Billups may have to be a leader more on the bench than on the court. 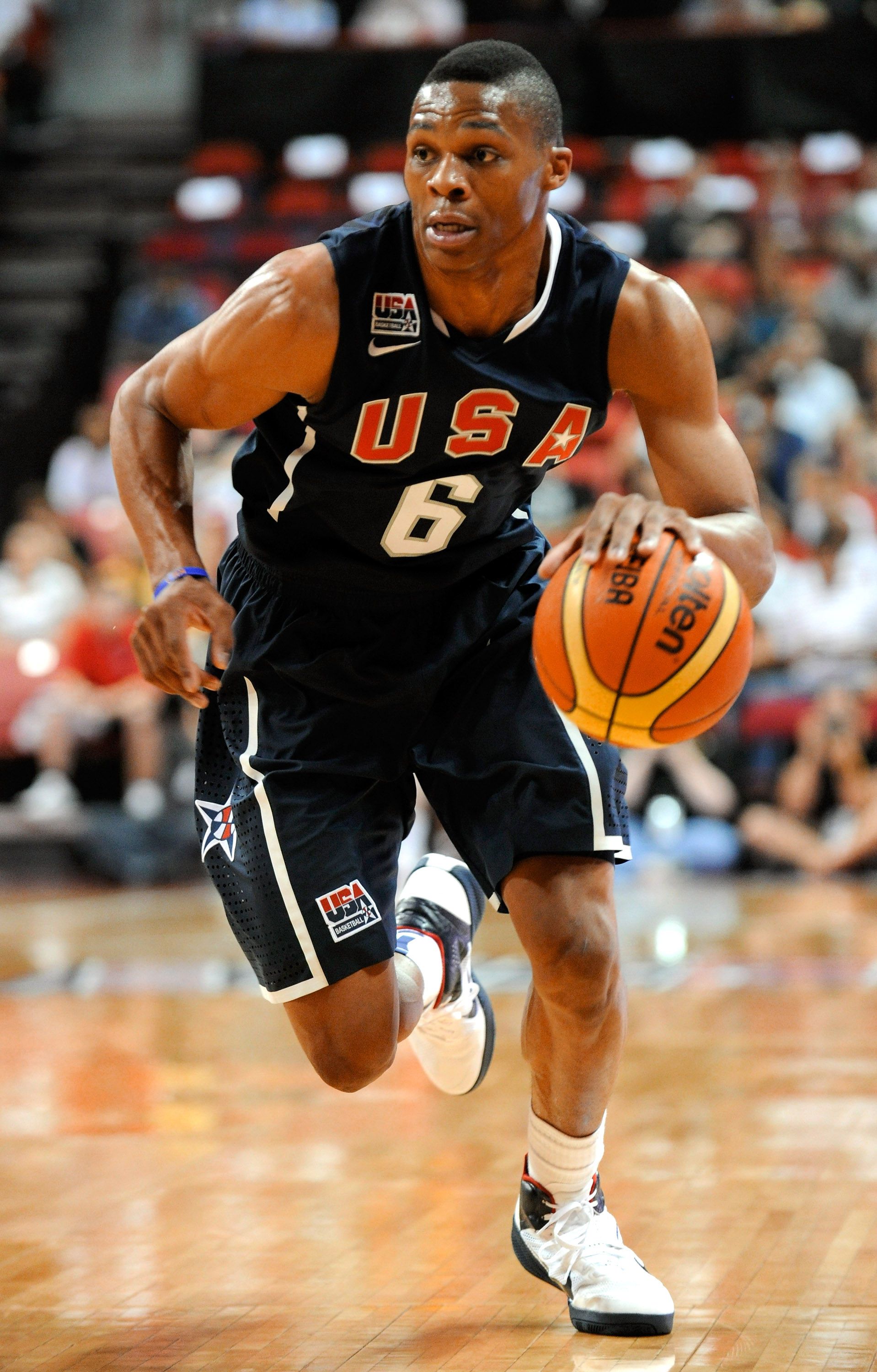 Westbrook is not a lock to make the team, battling for the final roster spot with G Eric Gordon and F Kevin Love. But the 21-year old point guard from the Oklahoma City Thunder has at least one supporter on Team USA—Kevin Durant.

Durant, the anointed future leader of Team USA and its lone superstar, is teammates with Westbrook on the Thunder. Considering Durant averaged more than 30 ppg last season, there's probably some chemistry between the two of them.

For a team that was largely thrown together and has only played one international game, Team USA could use all the chemistry they can get. Durant should start at the small or power forward position, and having Westbrook manning the point could be an immediate boost to the offense.

Westbrook, however, lacks the experience of other candidates for this spot and is still not a great shooter. That likely means he would not make a strong shooting guard.

With so many skilled guards already on the roster, this may not be Westbrook's year. 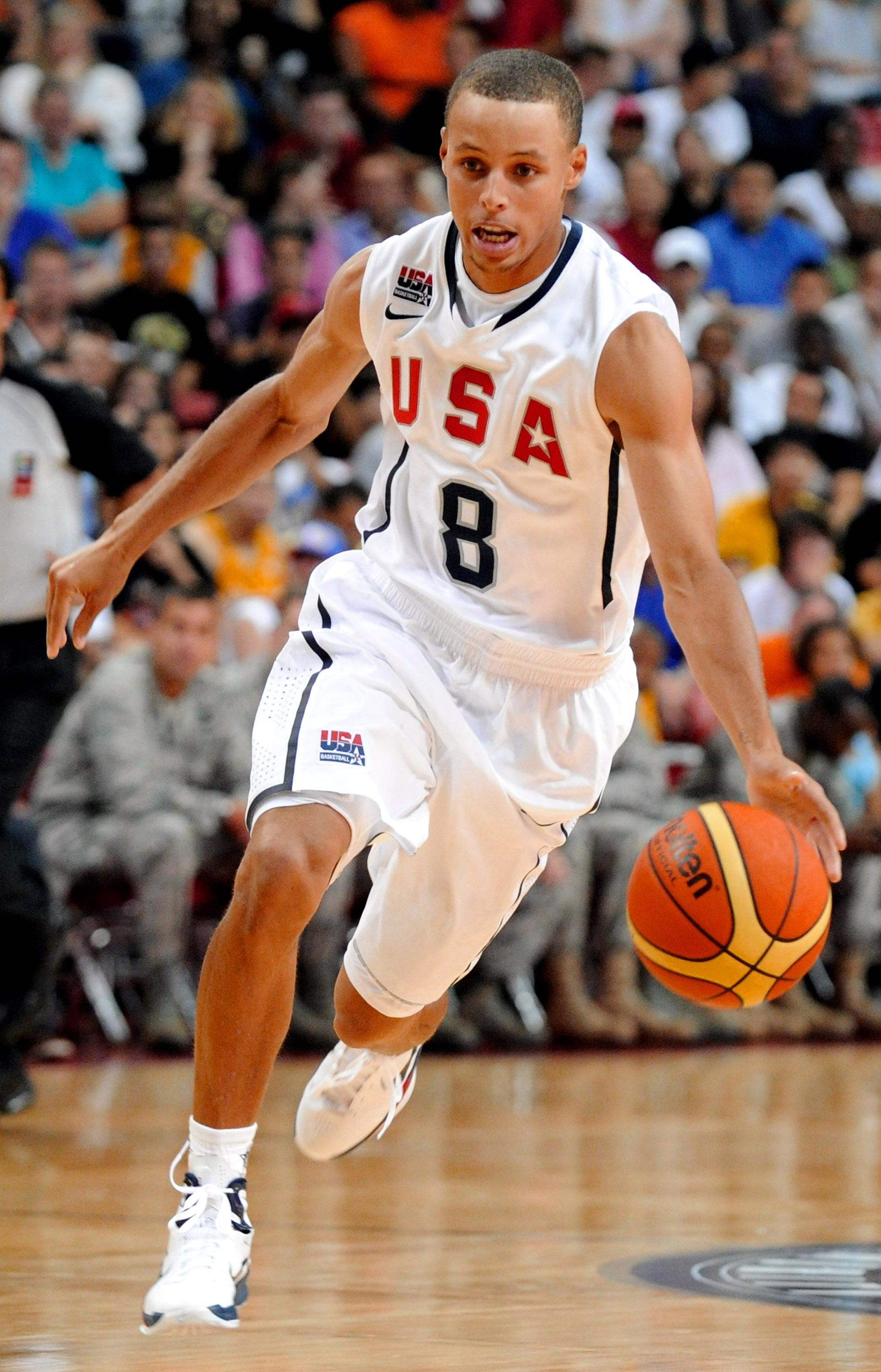 Although he technically plays point guard for the Golden State Warriors, Curry is a born shooter. He's easily the best shooter on the team and should be a major asset to Team USA, running around screens and opening up lanes.

However, with only one year of NBA experience under his belt, it might be better to have someone else bring the ball up the court. Curry's assist-to-turnover ratio is worrisome and, frankly, there are better point guards on the roster.

Curry should come off the bench at shooting guard, where he will be able to get open and knock down his silky smooth jumpers. 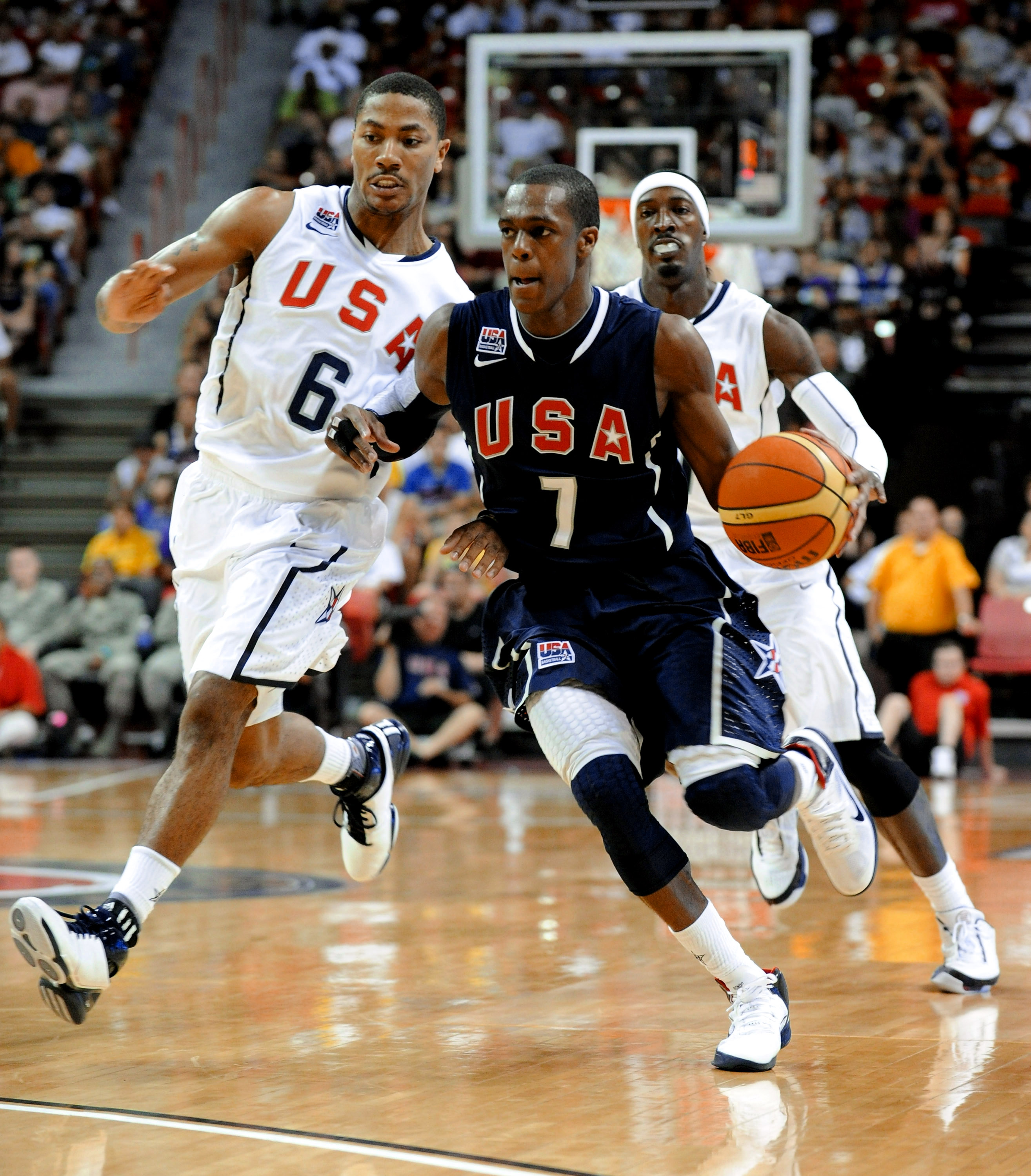 Don't let his high percentages from the field fool you. Rondo is the worst shooter on the team, and one of the worst point guard shooters in the NBA.

However, what he lacks in shooting he makes up with everything else.

Rondo is lightning quick and can beat almost anyone off the dribble. He's also a terrific defender. His length and excellent instincts helped him lead the league in steals.

At only 6'1" Rondo is also one of the best rebounding guards in the NBA and is consistently a pest on the offensive glass.

Rondo is 24 years old and while he may not be a veteran compared to many of his Boston teammates, he is nonetheless a proven leader. He was a major factor in the Celtics championship season in 2008, and was the team's best player during their unsuccessful championship run in 2010.

If he can lead alpha dog personalities like Kevin Garnett, Paul Pierce, and Ray Allen, what's to say he can't lead the likes of Kevin Durant, Andre Igoudala, and Lamar Odom?

Rondo is a winner and Team USA needs him in the lineup if they're going to make any noise in this tournament. He is the rightful starter for the team and should bring energy to both sides of the court.

Besides, with those percentages, there's no way Coach K can make him a shooting guard.