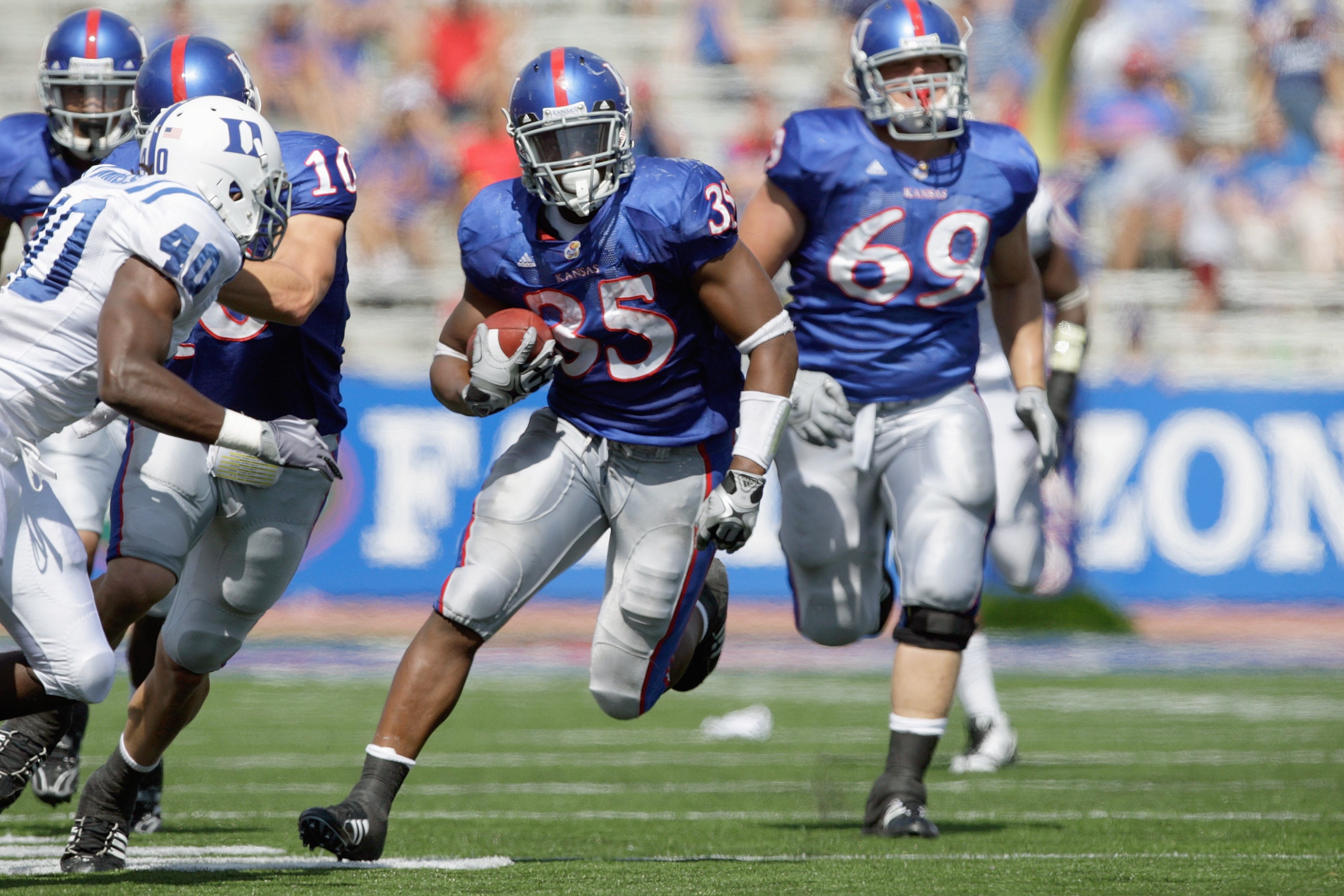 With a new coach, as I have said many times before, comes brand new opportunities for everyone.

The runningback position has offered a few interesting developments since the arrival of Turner Gill on campus.  Some guys have really capitalized on the new opportunity, while others' circumstances remain similar to how they were before.

In this article I would like to scroll through all of Kansas' runningbacks in order of what type of impact they could have on the field this season, from least to greatest, and simply discuss whether or not the transition to Coach Gill has been a positive change for them.

Here are the Kansas runningbacks. 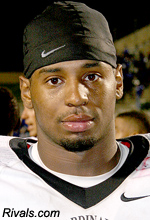 James Sims is one of those guys I just feel like I need to see more of.

Brandon Bourbon seems to have more potential of the two true freshmen, but I don’t want to underestimate the talent it takes to make it as a high school runningback in Texas.

My first impression is simply that Sims could become a good contributor when given the opportunity.

Unfortunately, I don’t think there will be many opportunities for him this season.  Be persistent, though, because you'll never know when your team will need you. 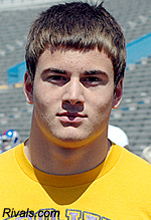 Like Toben Opurum last season, Brandon Bourbon turned turning down a few potentially more enticing scholarship offers to come to KU.  Unfortunately, the Hawks don’t have the same need for a running back as in 2009.

Bourbon’s a talented guy, but as you’ll see me say several times in this article the top of the depth chart seems pretty well set.  Aaron Stamn even has several [other] attractive options at punt and kick returner.

Bourbon gets some of the benefit of the doubt because he may be the first guy to get the call in a case of extreme emergency.

Ryan Burton: On The Rise

Only Angus Quigley’s stock has shot up as quickly as Ryan Burton’s.

This red-shirt freshman walk-on isn’t exactly competing for carries, but he has made a very positive impact on the special teams in practice.

In the Mark Mangino system, Burton may never have breached the plateau of the five-year program player.

With a fresh opportunity under Turner Gill, however, this student-athlete role model and close personal friend of mine will compete for some well-deserved game-time love. 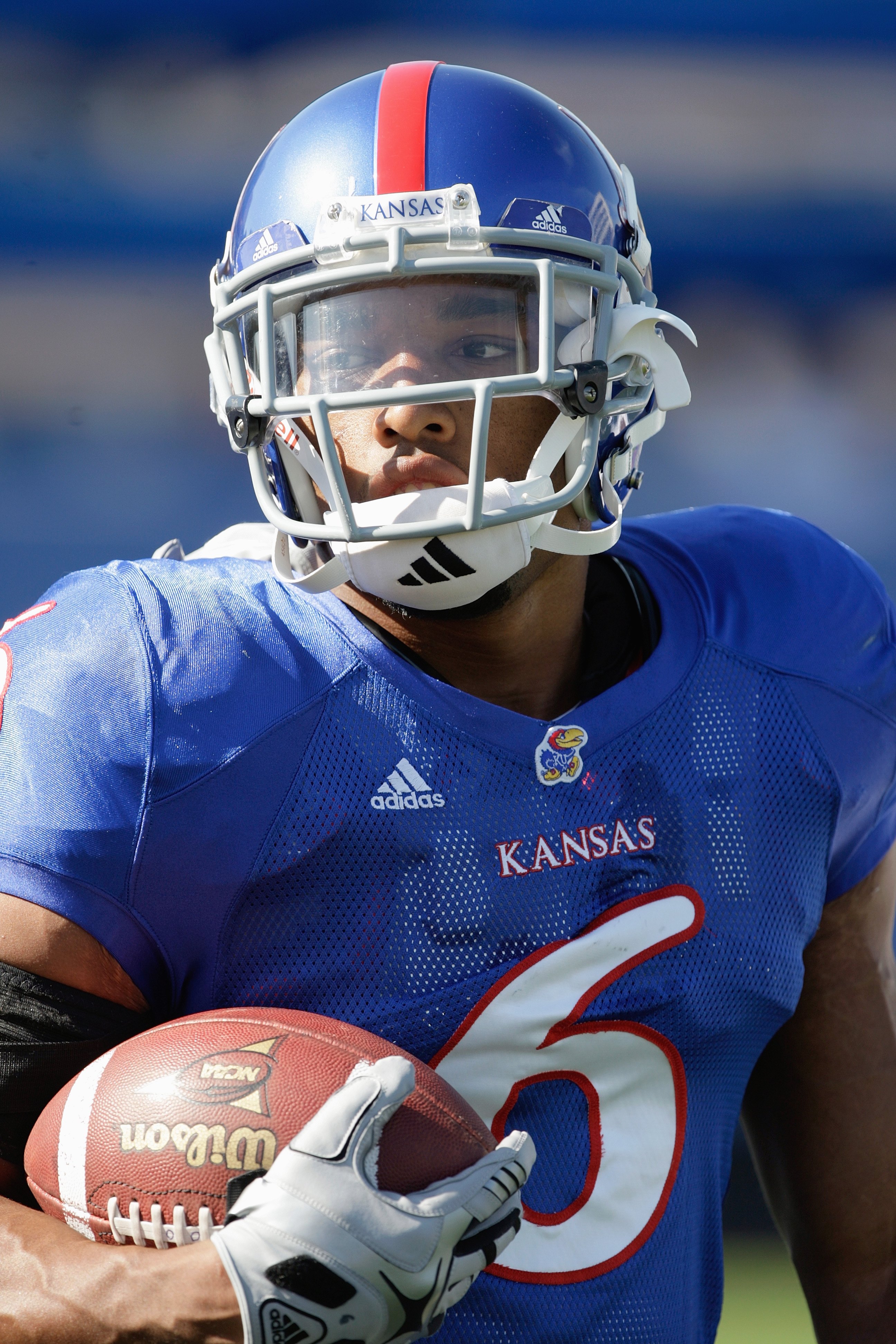 Last year, Rell Lewis got a chance to play big minutes in a big Missouri game and he really stepped up in a big way.

Unfortunately for Lewis, he may start this season the same way he started the 2009 one; buried.

Once again, I believe the top of the depth chart at runningback is pretty well set.

It looks to me as though he'll be competing with Deshaun Sands for some back-up carries I'm not sure he won't be listed a little ways down the depth chart on some special teams positions, too, but that might be it.

Deshaun Sands: On The Rise 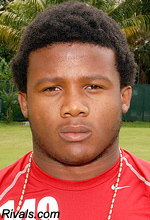 I have pretty high hopes for the son of the fabled Tuxedo Tony Sands.

Deshaun Sands seems to me like a guy who can catch passes, hit and cut through holes quickly, turn a decent corner and, most importantly this season, be a factor in the return game.

I’m not sure how often he’ll line up behind center, but I do expect to see his name atop at least one slot on the special teams depth chart.

Angus Quigley: Through The Roof

I would say that going from a graduating fifth-year senior backup linebacker to fighting for the starting runningback position in a surprise sixth year is about as dramatic as a stock change can get.

Angus Quigley doesn't have a superb high gear, but he's dropped weight to an every-down-back-esque 220 pounds at 6' 1" tall and has always been deceptively hard to get a hold of.

If he stays healthy (Quigley has a decently large medical history) and can replace his fumbling issues with some positive confidence, we could see this guy turn into a very solid Big 12 back in his final go-round. 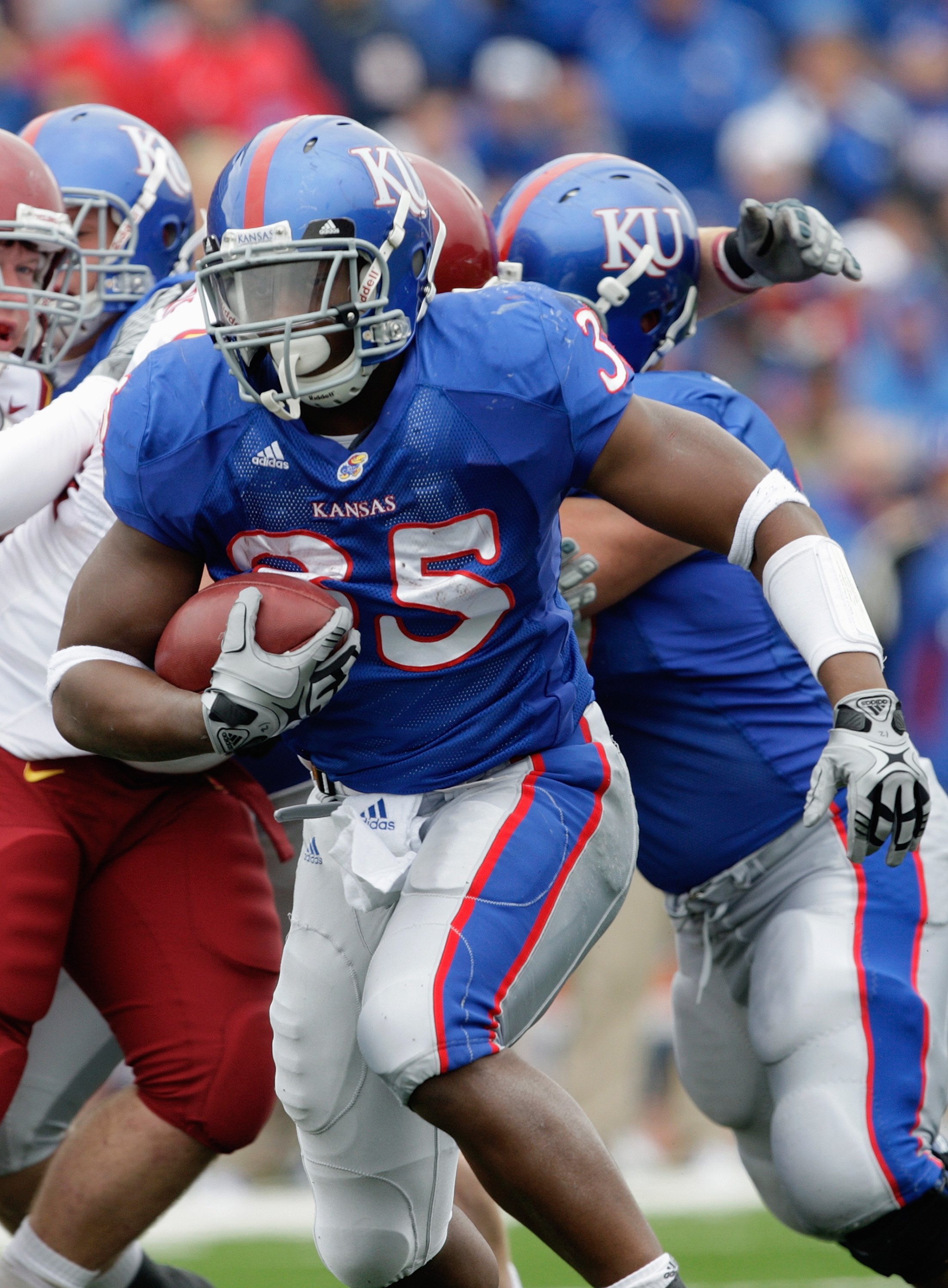 I recently read an article about the injury Toben Opurum worked through all spring and I remember reading a sentence something on the order of Mark Mangino not being afraid to give the true freshman plenty of opportunities.

I agree with that up to the point where I think of the Colorado game when Jake Sharp couldn’t sneak out of tackles or slip through cracks in the line.  That loss was not Sharp’s fault (I still love the guy), but he was not healthy enough to play considering the hot streak Opurum had been on in the senior’s absence.

Opurum should not only have finished that game when Jake Sharp; he should have started it.

This year, I expect Opurum to split plenty of time with the deserving Angus Quigley, but I also expect the back playing better to get the tough calls.  In most scenarios, I think that back will be Opurum.