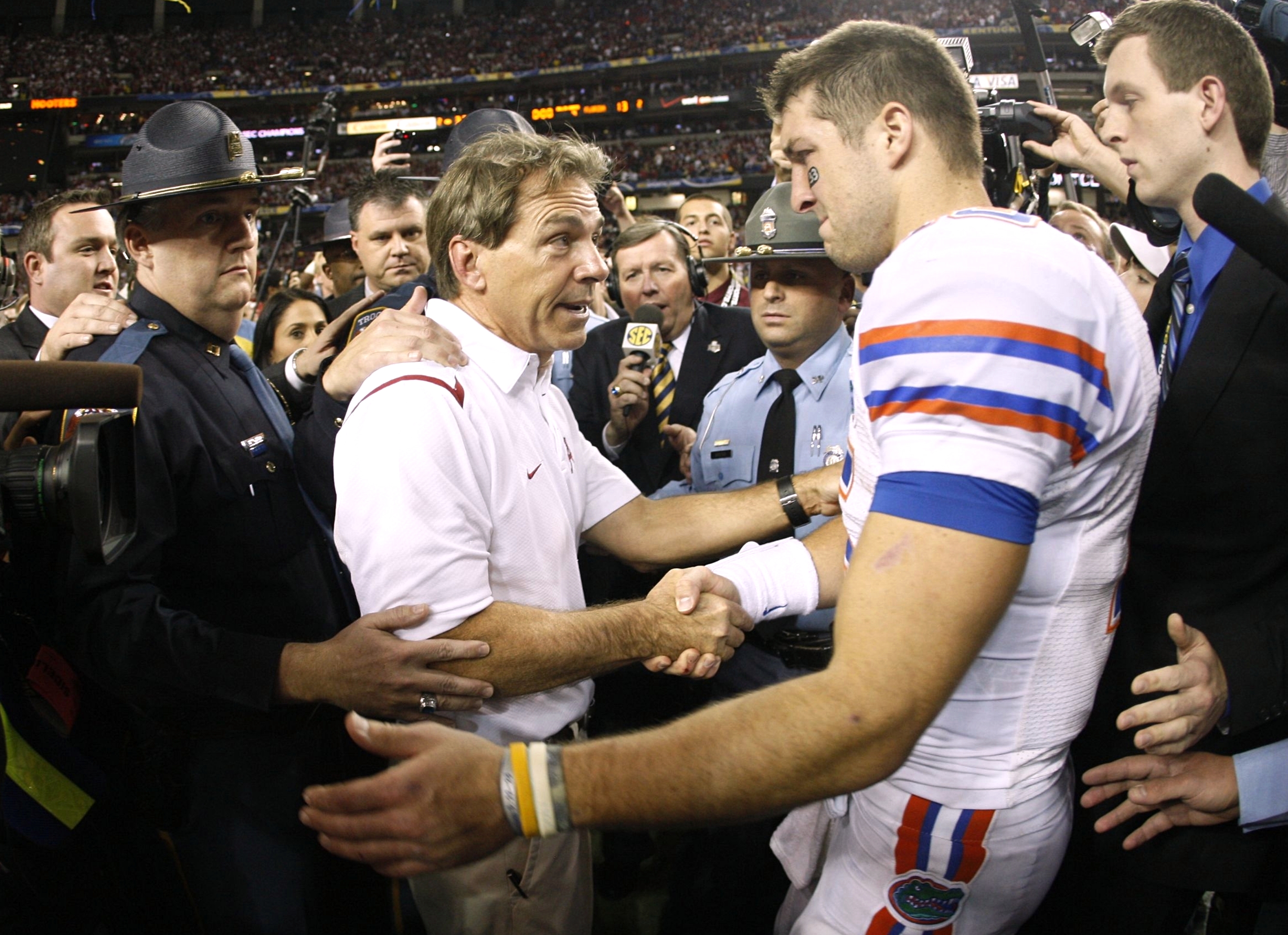 It seems like if you are an Alabama fan, fans of almost every other team hate the team that you root for. It can easily be said that Alabama is one of the most hated teams in the country. I have no problem with this because the reason for all that hatred is success.

All over the south teams consider the Tide to be their team's rival while Alabama may not consider that team a rival at all.

Webster's Dictionary defines a rival as "one of two or more striving to reach or obtain something that only one can possess." In this case that something that both are trying to obtain is a victory, and bragging rights.

Keep in mind that this is a list of teams that the Tide rival now, or in recent history. Not necessarily a team that Alabama hated back in the 40's or 50's.

So without further delay, here are Alabama's top rivals. Please let me know what you think! 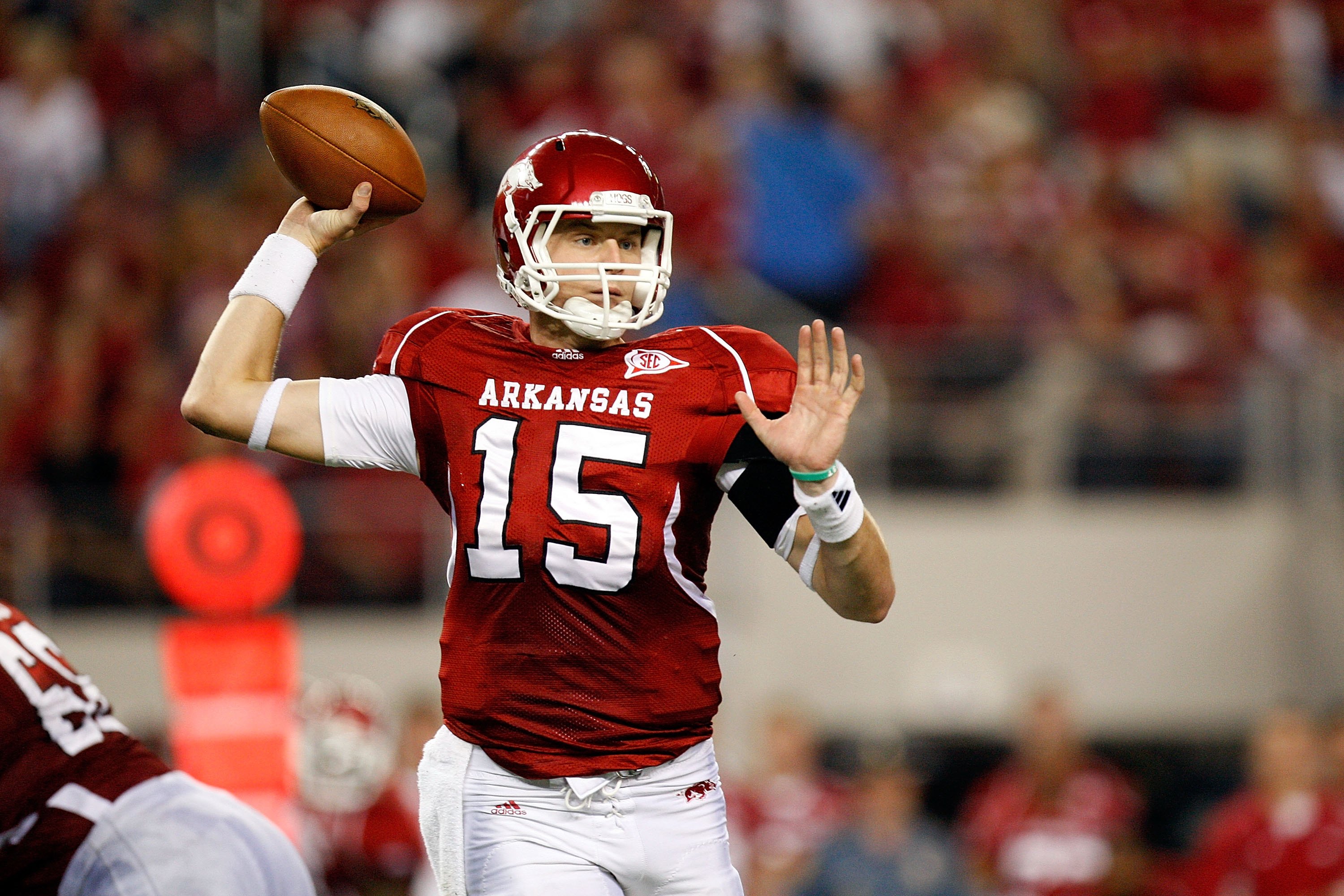 Arkansas is a team with deep football roots, but until joining the SEC in 1992 playing Alabama wasn't really a part of those roots.

Alabama leads the all time series with the Hogs 13-7, winning 4 out of 5 and dominating the last 2.

However, this year the Razorbacks return a lot of talent and have a great weapon at quarterback in Ryan Mallet.

When I think of Arkansas I don't necessarily think of a big rival, but they are in the SEC West along with Alabama, and do fall on the Tide's schedule every year.

With time the Hogs could blossom into one of Alabama's biggest foes. 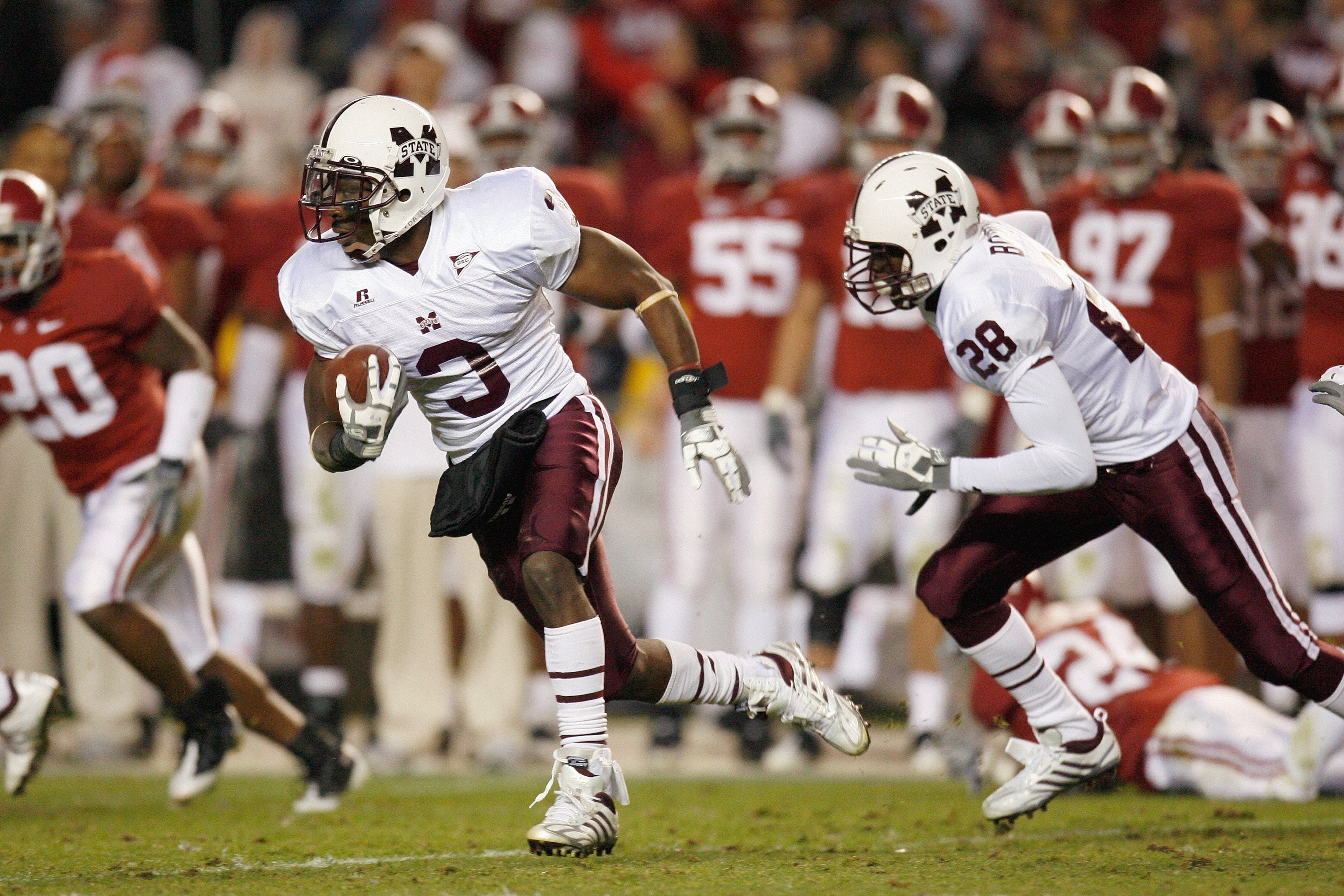 Mississippi State is another team that is in the SEC West with Alabama that many do not consider a huge rival.

Last year I had the opportunity to go to Starkville for the Alabama, Miss St. game and I can assure you that they hate us a lot more than we hate them.

I was told numerous times that they would rather beat us than beat Ole Miss. I'm sure the fact that we we're undefeated had a lot to do with that. However, I was also reminded countless times of John Parker Wilson's interception that was returned 103 yards for a touchdown, and the fact that they beat us 2 years in a row.

One of my best friends is a Bulldog fan and he has told me countless times that he likes us a lot less than he likes Ole Miss, and would rather beat us any day of the week. 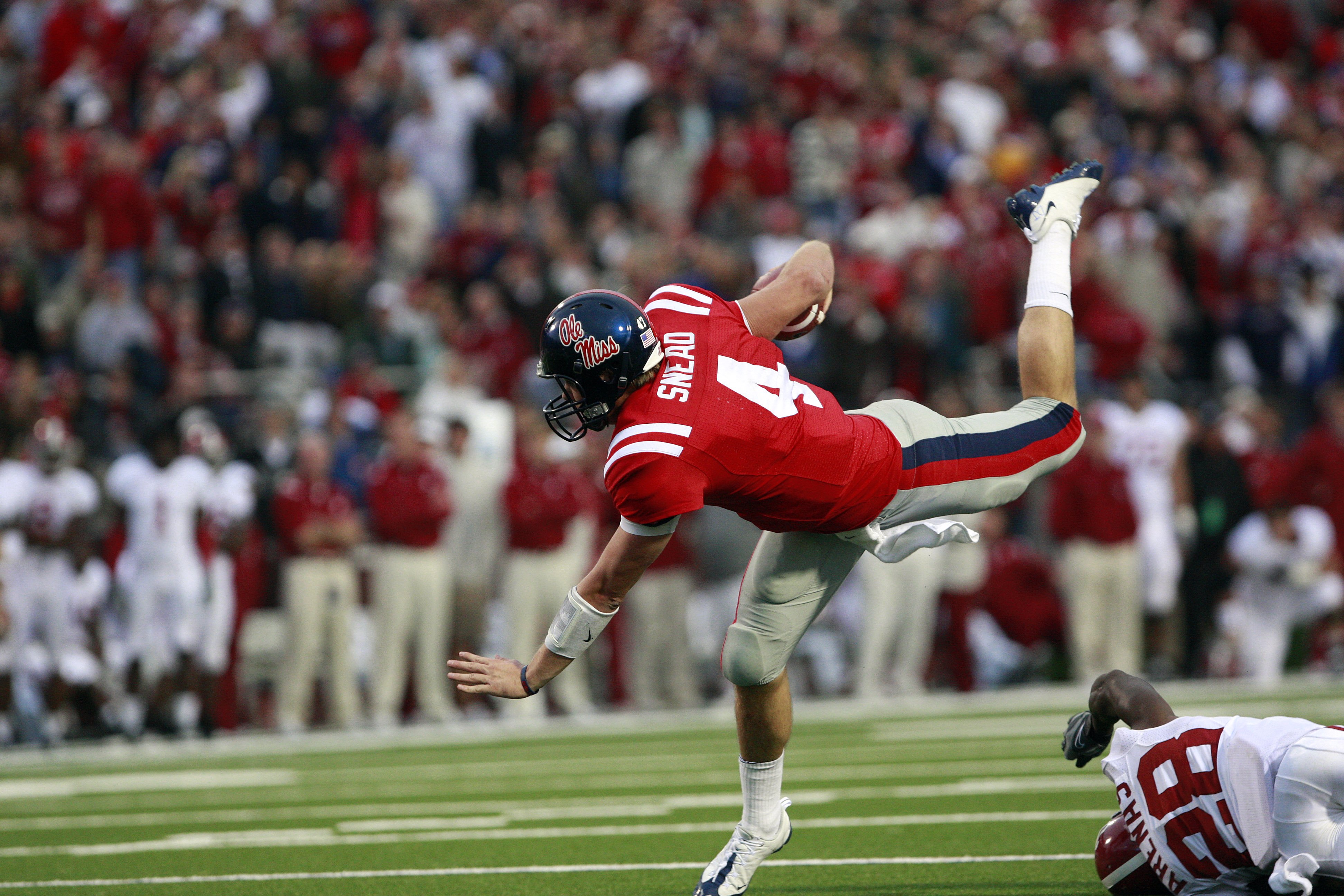 For Alabama, the Ole Miss rivalry dates back to 1894. The Crimson Tide own the series with a record of 43-9-2, with the most recent victory coming in a 22-3 win in Oxford this past season.

Alabama has also dominated this series of late, winning 6 in a row. Neither team really considers the other a huge rival, however this game always seems like it is a huge game because it usually has SEC west title implications.

I personally think that Alabama and Ole Miss have a lot of similarities. Both seem like very classy schools. Both are considered great tailgate spots, with Ole Miss's famous Grove. Both have good academics. And both care a lot about their athletics.

There may not be a lot of hate and animosity between the Tide and the Rebels, but it seems like the games are always hard fought and a lot of fun to watch. 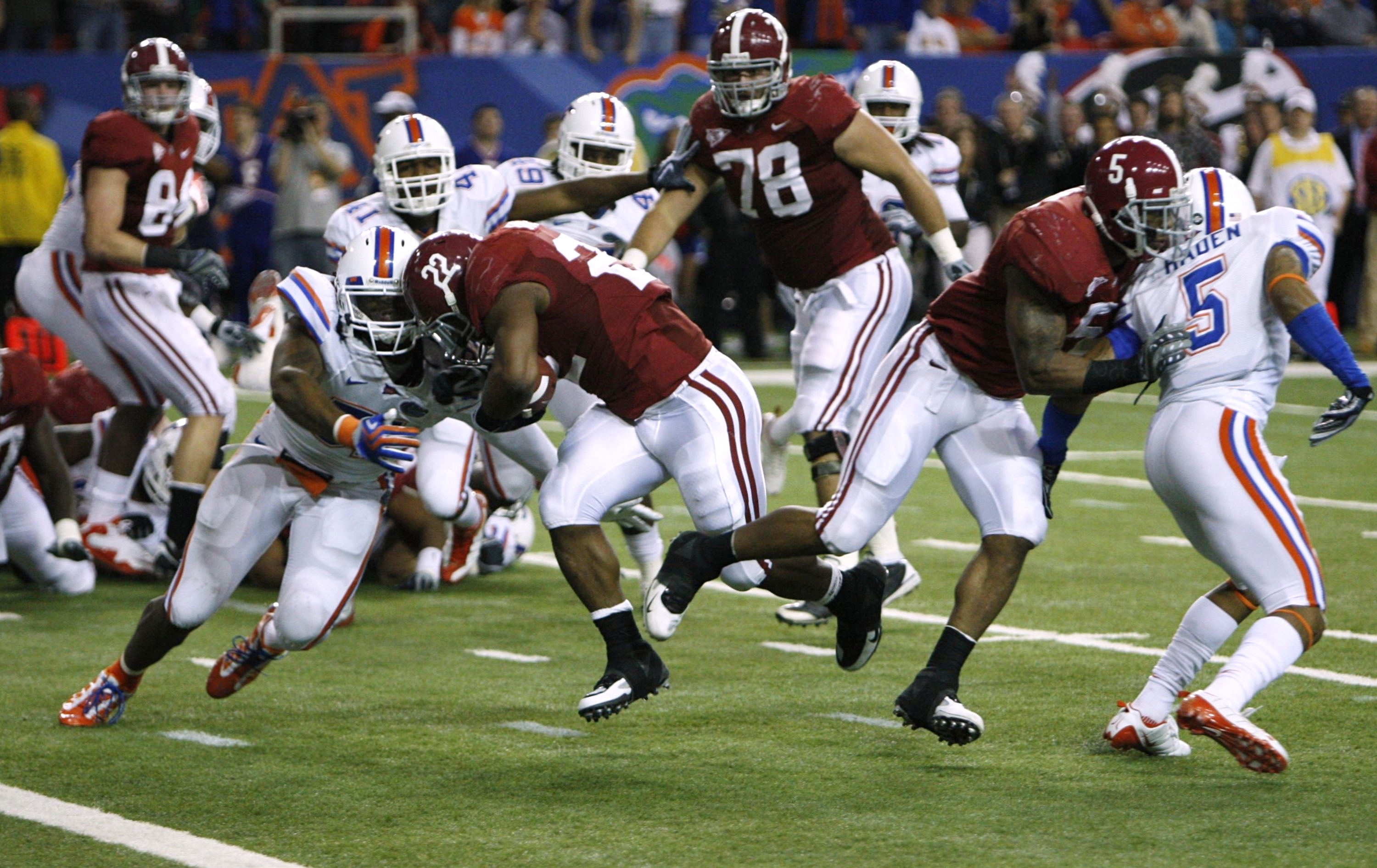 Though both Alabama and Florida are both in the SEC, they don't fall on each others schedule every year. However, that could change in the years to come.

When Alabama and Florida meet it seems like there is always something huge on the line. The last two times the teams have met, the SEC championship and a trip to the National Championship have been on the line.

With the Gators winning the 2008 SEC title over Alabama, the Crimson Tide were eager to face the Gators again in 2009. This time the Tide prevailed.

Alabama leads the all time series over Florida by a touchdown, 21-14. Florida's worst record against anyone in the swamp is against the Tide, with the Gators only winning 2 of the 10 times the teams have played there.

The two teams have met in the SEC Championship game seven times since the game was installed in 1992 and the Gators hold the edge 4-3.

The Crimson Tide get to face the Gators this year at Bryant-Denny Stadium on October 2nd.

This rivalry may only be number four for the Tide right now. But if the two teams continue to meet in SEC Title games and someday land on each others annual schedule, look for this to catapult up the list. 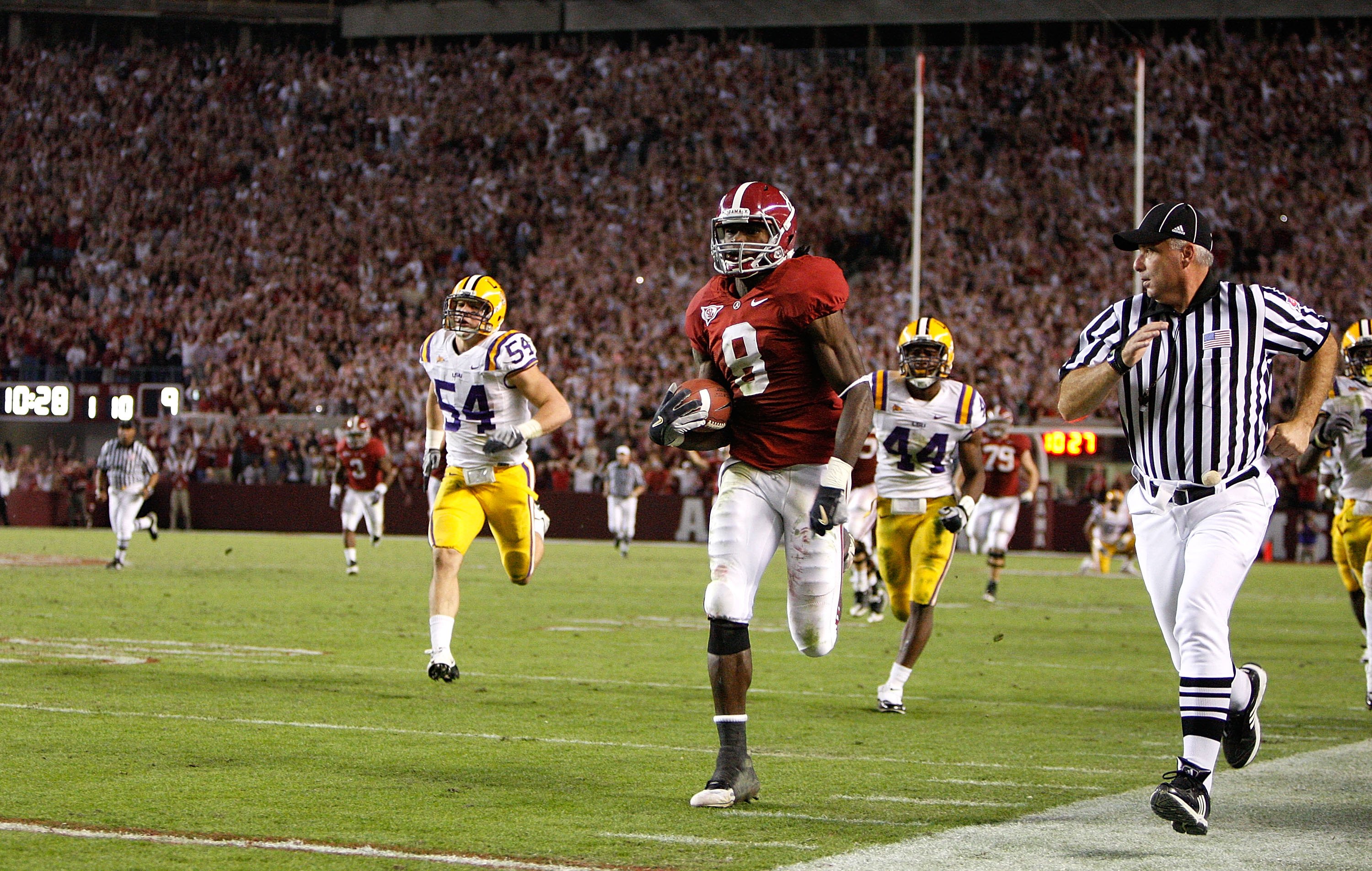 The LSU Tigers come in as Alabama's third biggest rival. This rivalry is made great by the numerous story lines it boasts. The most recent being current Alabama head coach Nick Saban, who last coached at the collegiate ranks for the Tigers.

This rivalry dates back to the 1895 with the Tide holding a 45-23-5 all-time record against the Tigers.

The most recent contest was won by Alabama in Tuscaloosa 24-15 with a key play being a screen pass that Alabama wide-out Julio Jones took 73 yards to the end zone (pictured above).

One of the more interesting games in this series came in 2007 when LSU faced former coach Nick Saban for the first time. The Tigers would go on to win the "Saban Bowl" 41-34, further angering Crimson Tide fans.

Even long after Nick Saban is done coaching college football, this will still be one of the game's great rivalries. 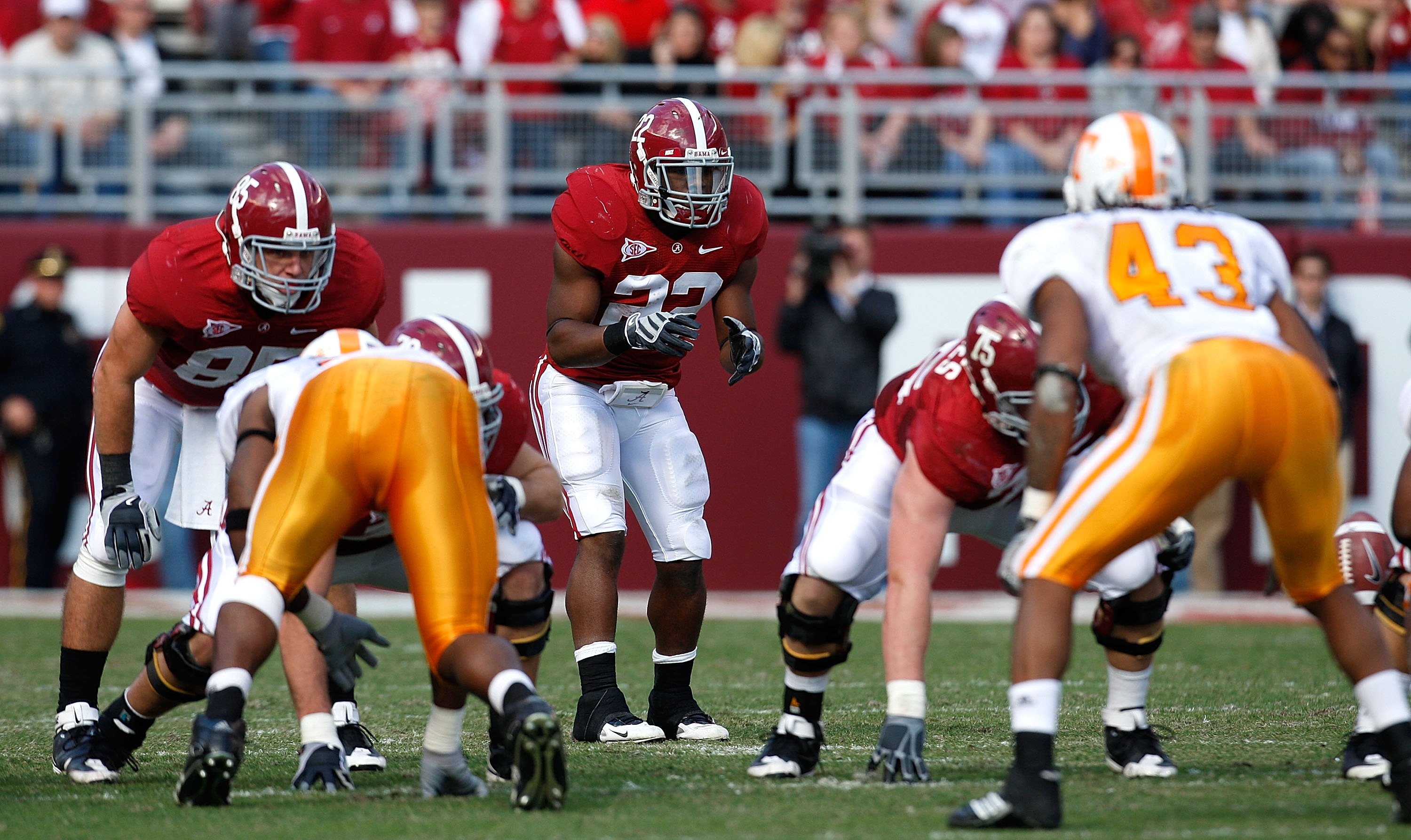 The Tennessee Volunteers come in at a close second on Alabama's most hated list. The Alabama Tennessee rivalry, better known as the Third Saturday in October, is Alabama's only annual rivalry with a team from the SEC East.

The Volunteers and the Crimson Tide have been getting together since 1901 with the Crimson Tide leading the all time series 47-38-7. Alabama has won the last three, but it took an epic blocked field goal from Terrence "Mount" Cody as time expired to seal the victory for the Tide.

Fuel was added to the flames when former Tennessee Head Coach Phillip Fulmer acted as a secret witness during NCAA investigations in 2000 that put Alabama on probation from 2002-2006.

It is very apparent that these two fan bases hate each other. I went to Neyland for the game in 2008, needless to say I was not very well liked dressed in my Alabama game-day attire.

Even with new Tennessee coach Derrick Dooley, don't look for this rivalry to die down anytime soon. 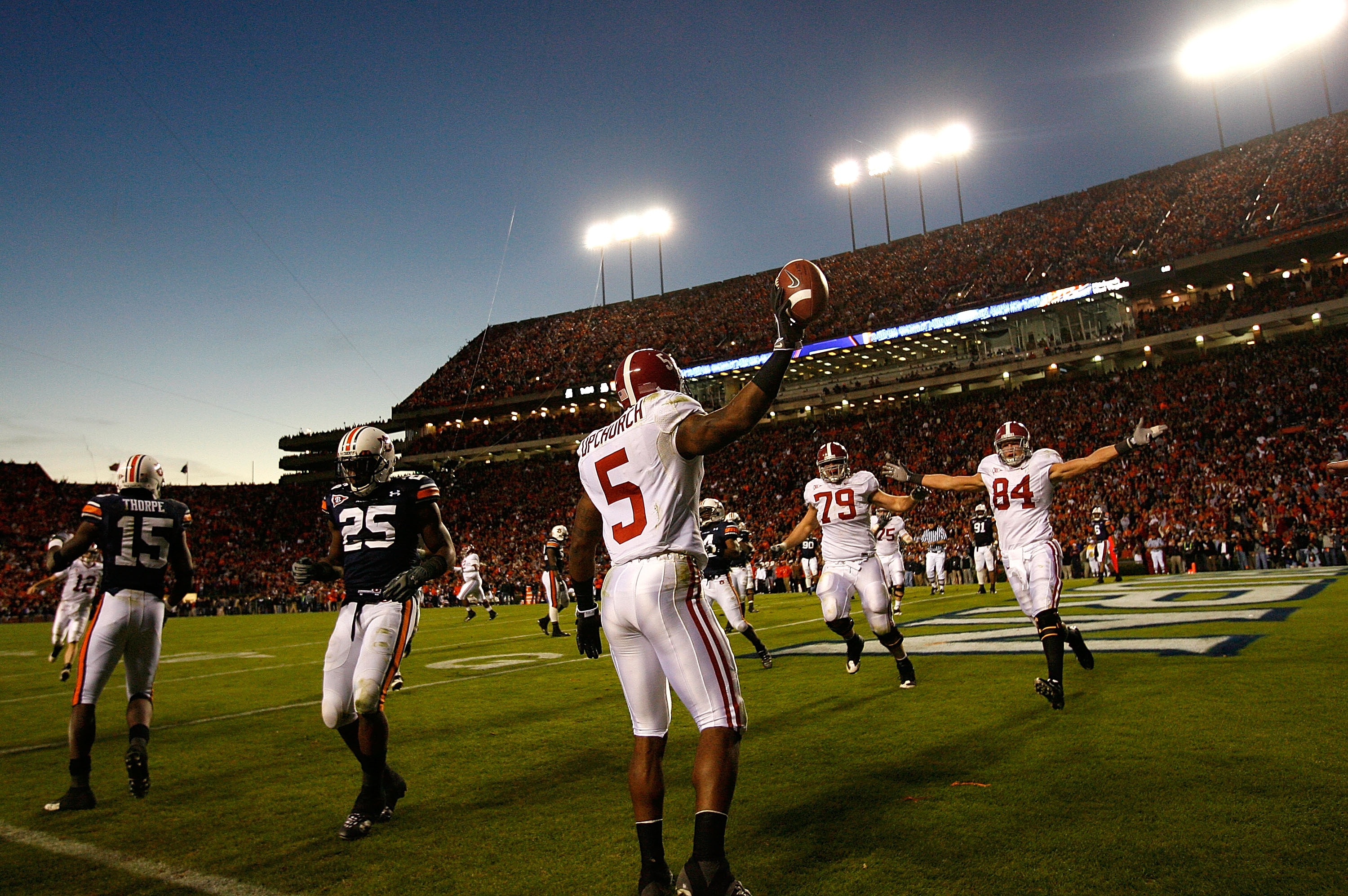 The Iron Bowl. The name says it all. Considered by many to be one of college football's top five rivalries, if not number one overall.

The game dates all the way back to 1893 with the Crimson Tide holding the series lead 40-33-1, winning the last two. However, before Alabama won the last two, it was the Tigers who won six in a row, angering many Bama fans, including myself, beyond belief.

This game has been known to test friendships, families and even marriages each year, and those are not just rumors.

These two teams hate each other. I was in Auburn for the game last year in which the Tigers went up 14-0; I was also seated in the Auburn section. It was pandemonium, they were more than certain they were going to win. However, after Greg McElroy connected with Roy Upchurch with almost no time on the clock to win, the Auburn fans became sick.

The future for this rivalry is nothing but bright with both teams having a recruiting class in the top five last year, and both with the possibility of a top five class this year.

No matter how you look at it, the Iron Bowl is going nowhere but up in the near future on the list of top college football rivalries.