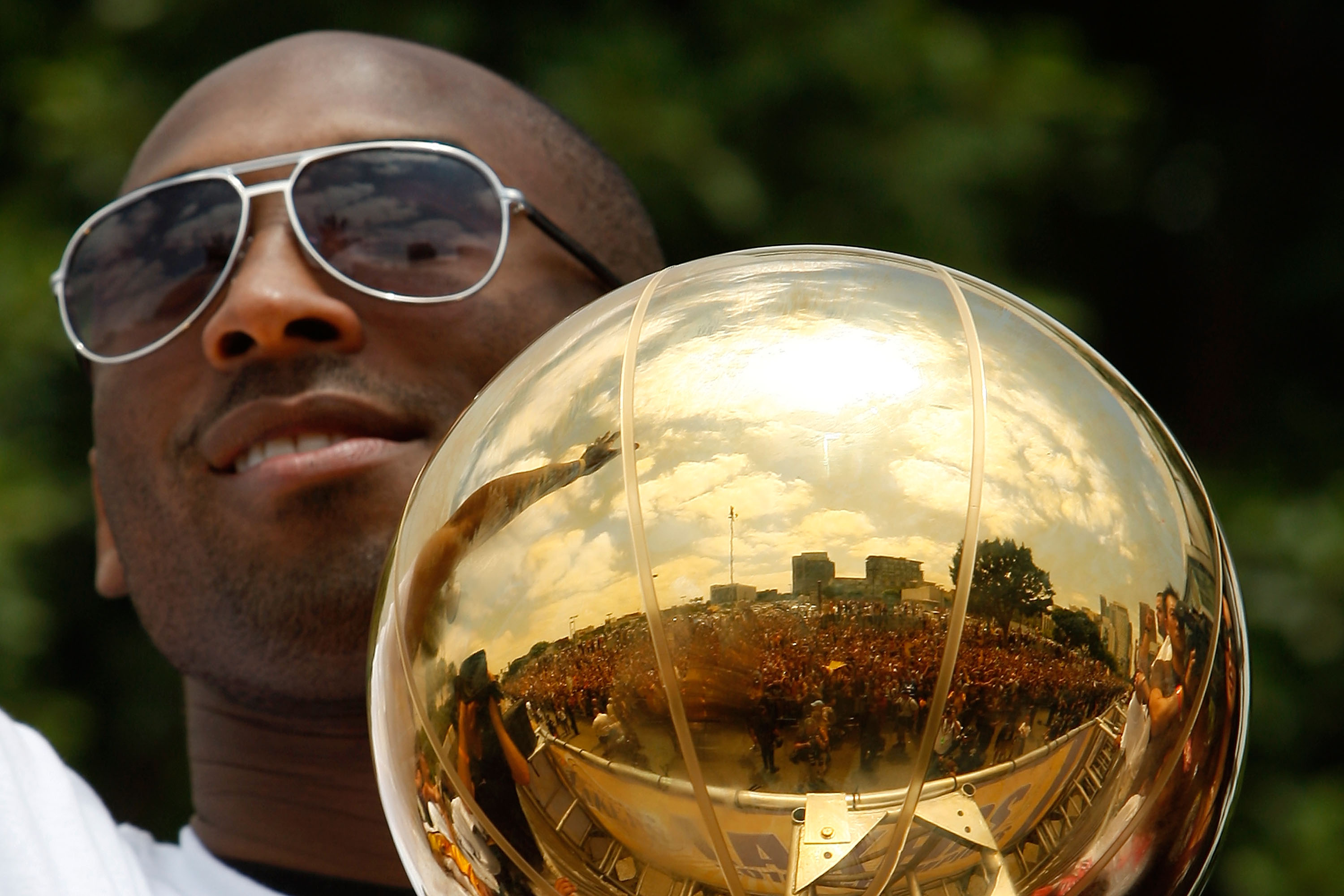 I did a similar story last year, a little ways into the season. Several people were skeptical about the points that I made, most notably Jeremy Hansen.

I am going to be bold enough now to say, before the season starts, that the Lakers will win the NBA Championship because of these five listed reasons. I dont see a reason why they shouldn't win, considering they have a better team than last year.

And if they do lose, I will personally burn my Lamar Odom jersey. 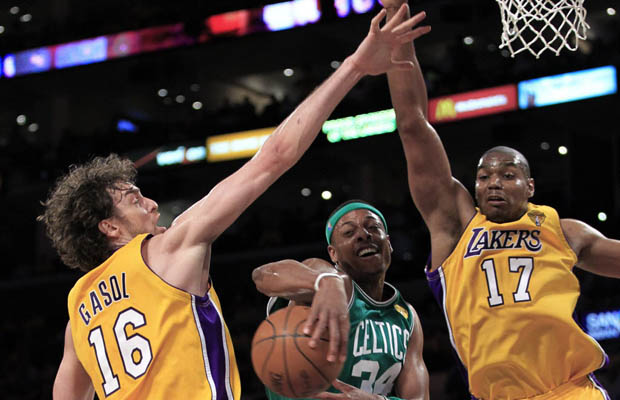 The Lakers possess superior size and length inside, which is very useful to them on both ends of the floor. Just think how well the Lakers perform when they have both seven-footers (Pau Gasol and Andrew Bynum) in the starting lineup as opposed to just one.Opposing teams find their shots getting blocked or altered frequently, which forces them to try to win by shooting.

The Lakers are also the No. 2 rebounding team in the NBA, thanks to the 7'5" wingspan of Gasol, and the 7'3" wingspan of Bynum. By the way, it also doesn't hurt that they now have a shot-blocker in Theo Ratliff. 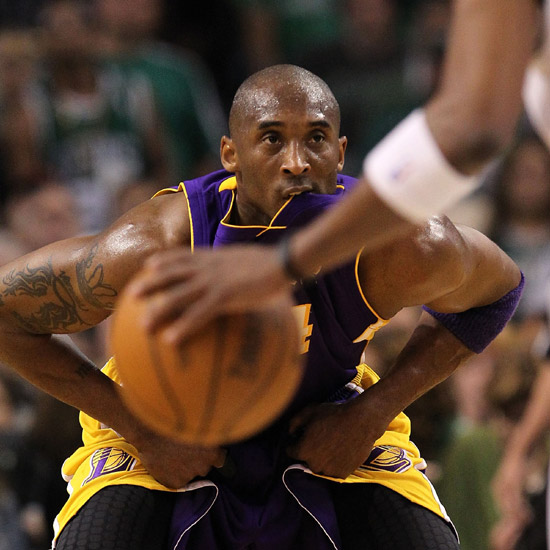 The Lakers are a good defensive team. They tend to fall asleep on defense when some of the starters sit down. That will go away this season because all three of their free agent signings are noted defenders. Three of the best perimeter defenders in the league are now on the Lakers, which is an open challenge to anyone who thinks they have a formidable backcourt.

Gasol and Bynum are going to be waiting for any slasher who gets past the perimeter. Bynum and Gasol also racked up more than 200 of the Lakers' 363 blocks during the regular season.

Let's not forget about the quick hands of Ron Artest. Artest totaled 106 steals during the regular season and is often known as the Lakers' best defender. Giving him a run for his money, however, is No. 24, who actually has more steals than Artest. 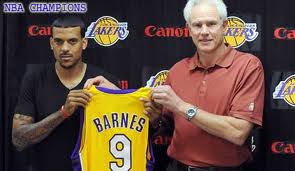 Everybody can agree that the bench is better this year; we might even see the return of the Bench Mob. Jordan Farmar, D.J. Mbenga, Josh Powell, and Adam Morrison are gone and are replaced by Steve Blake, Theo Ratliff, Matt Barnes, and maybe even Devin Ebanks and Derrick Caracter.

We will most likely see some improvements from Sasha Vujacic, who is on a contract year. Shannon Brown has let it be known that he has been working on his "skills," because he wants to be known as more than just an athlete.

That being said, the bench will be solid, especially with the presence of the enigmatic Lamar Odom. Having a solid bench will allow more rest for Bryant and Derek Fisher, leaving them rejuvenated for the playoffs. 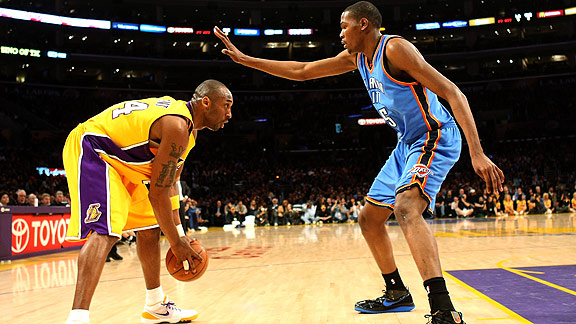 When it comes to offensive ability and talent, the Lakers have more than their fair share of it. As Charles Barkley is always quick to point out, the Lakers sometimes win games alone with their talent rather than defense and fundamentals.

Despite all the opinions and criticisms, Kobe Bryant is still a premier offensive talent in the NBA and is amazing to watch. You can never tell when Lamar Odom is going to have a big night and get 19 and 19. One night, he looks like James Johnson, and the next he looks like Magic Johnson. Often overshadowed by Kobe is Gasol, who is one of the special talents that we have in the NBA. This is a seven-foot guy who can pass like a guard, hit mid-range jumpers, run the floor, and knock down hook shots with either hand.

Offensively, there is not a more balanced team than the Lakers.

Best Closer In the Game 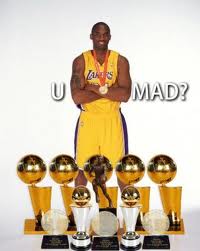 Lastly, the greatness and clutchness of The Black Mamba. Yeah, he can't always get it done every night, because he isn't a machine, but Kobe is undoubtedly the best closer on the planet. Just look at what he did to the Phoenix Suns in Game Six of the Western Conference Finals.

Kobe Bryant knows how to put a game on his shoulders when it is on the line, and that doesnt just mean making three-point shots. He has an amazing ability to make the correct play during crunch time, whether it is hitting a free throw, grabbing a big steal, or making an important pass. Just look at the picture. The accolades speak for themselves.