Tiger Woods and the Top 10 Putters on the PGA Tour 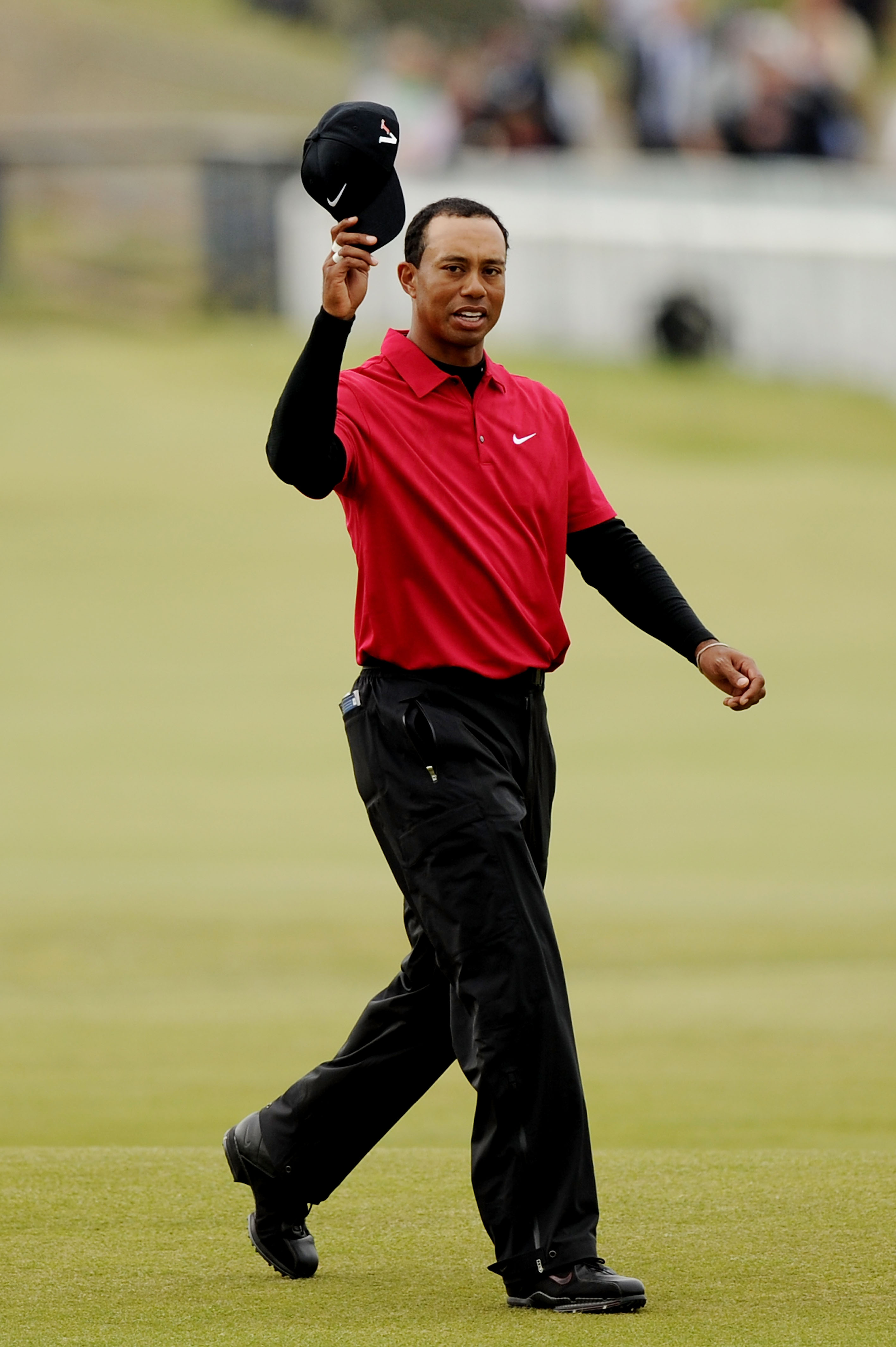 When you think about it, every golfer in America spends countless hours beating down the astro-turf mats at their local driving range in hopes that time spent will translate to lower scores.

When you think harder, or listen to your course professional, you come to terms with the frustrating fact that the real scoring comes on the green with your putter, a facet of the game you rarely spend time practicing.

Rolling the ball with the flat stick is what sets the Tour players apart from the rest of us and there is a select group of super putters that seem to always get it done on any green on any course in any tournament. 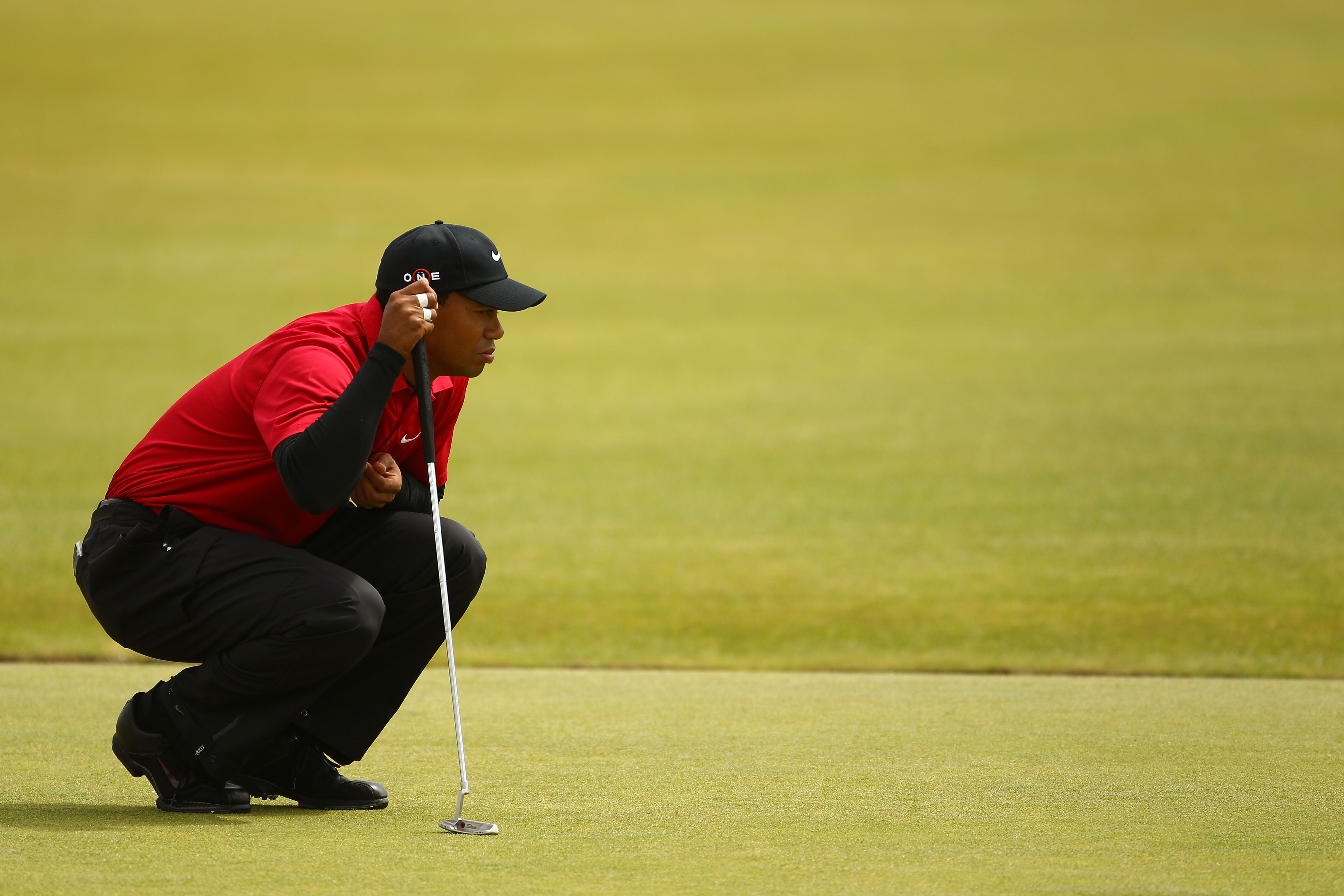 To put Tiger Woods on this list during his well documented "slump" where he's resembled me on the greens more than the most dominating athlete on Earth may seem idiotic. I get that.

It's just impossible for me not to include Woods on the list of the best putters on tour.

He had a similar stretch of un-Tiger like play in 2003, but obviously roared back (had to) to dominate the game of golf during the middle stages of the 2000s.

I don't think he'll ever be that "goodnight" putter of the late 90's-early 2000s, but I still trust Mr. Woods to return to form, very soon, and when he does he's one of the top guys on the circuit. 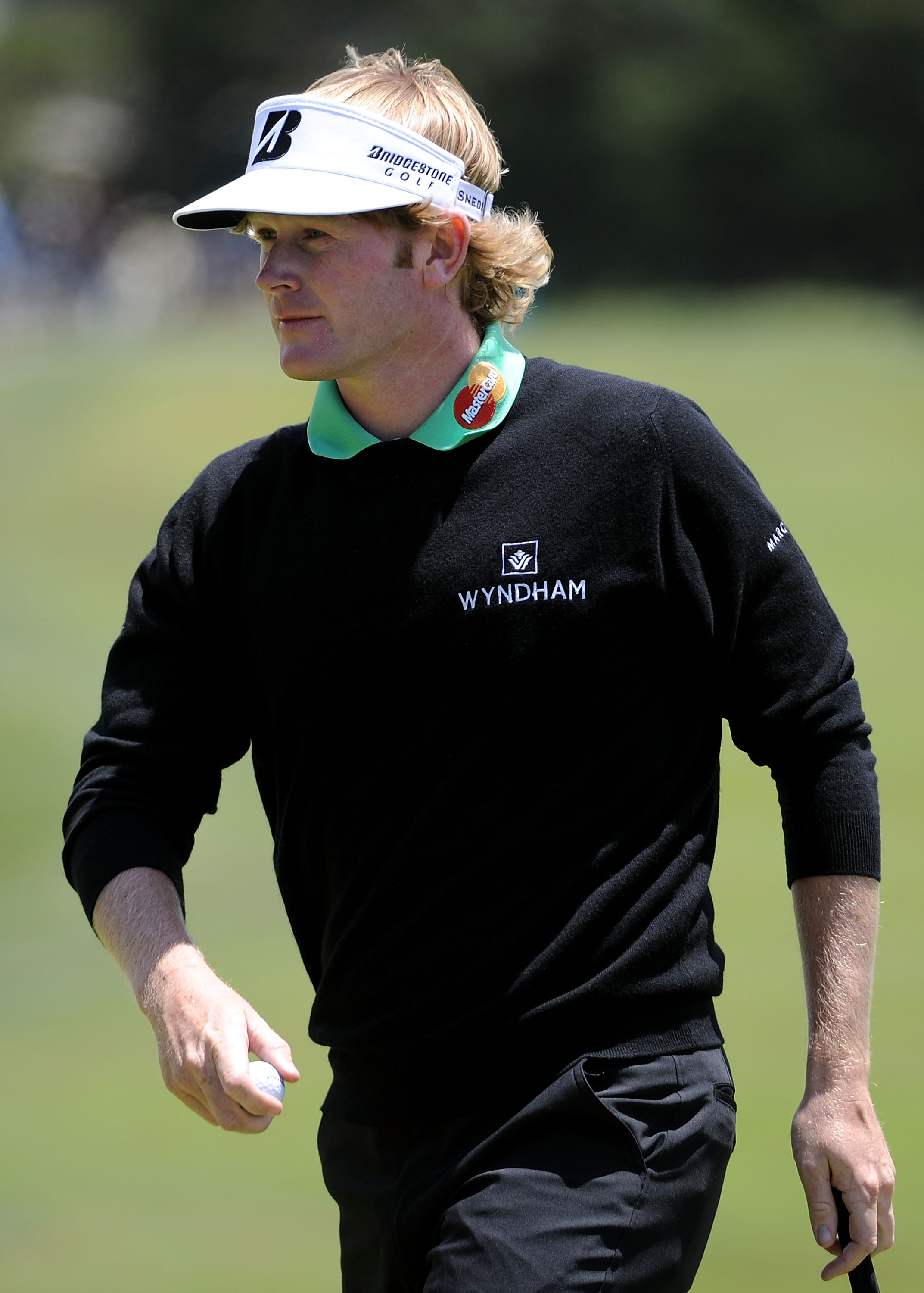 Brant Snedeker makes the list due to the simple fact that he's currently a top of PGA's putting average statistic.

27.88 putts per round impresses me, and when Snedeker is on, he's a fun player to watch. He did however four-jack on the 18th hole of the BMW Championship last September to miss out on the Tour Championship and the Masters. Can't CTRL+Z that explosion from my memory.

But, until he falls from the top spot of putting average, he's on this list. 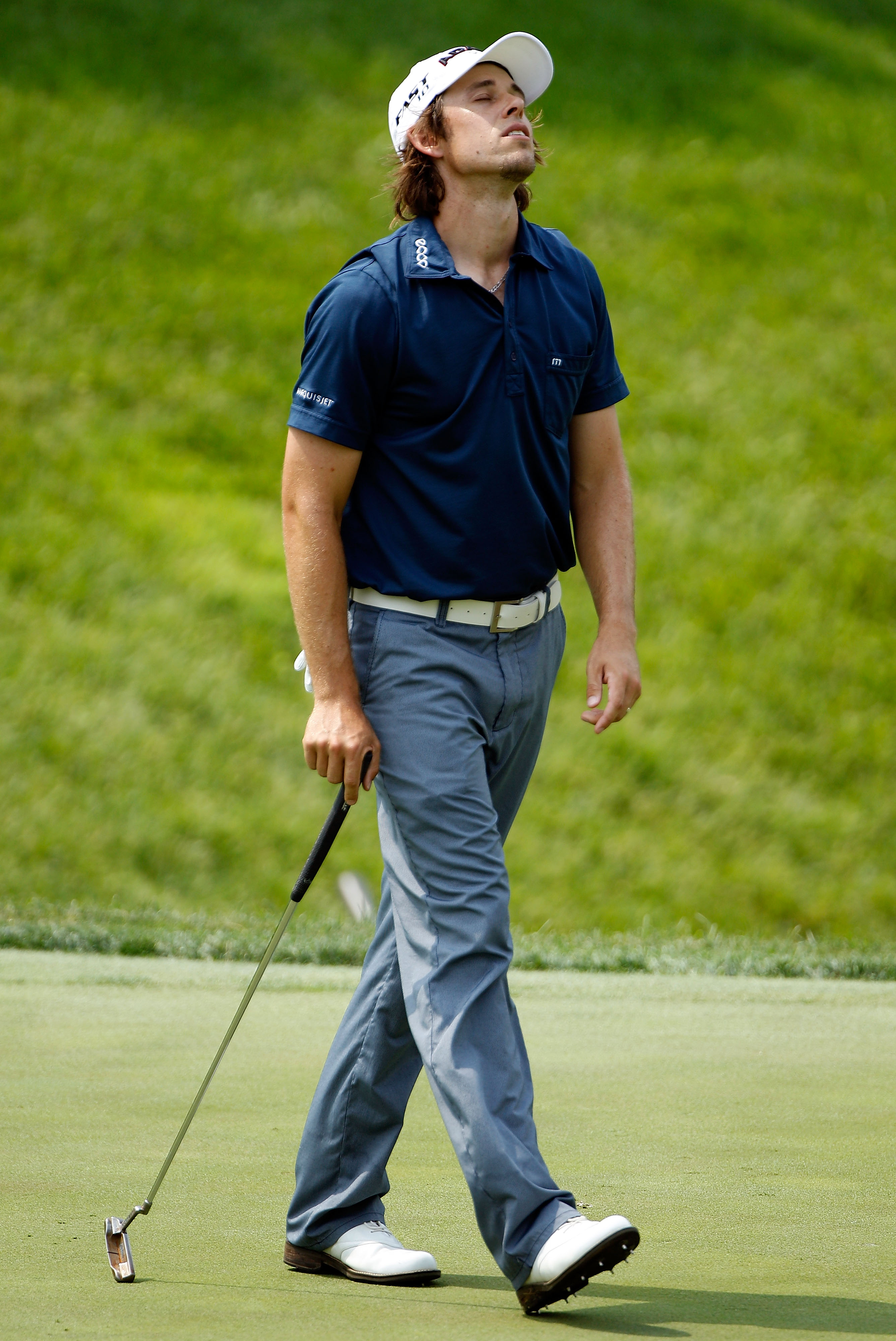 OK, going by just the stats is easy enough and is clearly not insightful, but Baddeley's been one of the smoothest rollers of the golf ball since he made his debut as a pro in 2000.

Short game authority Stan Utley, a fine putter in his own right, was quoted saying this about Baddeley in 2007

"As far as putting, guys used to grow up hanging around the putting green putting for quarters. Not many do anymore," Utley says. "Aaron Baddeley is different. He has a lot of finesse and a lot of feel." (Golf Digest)

Coming from that man means something.

Baddeley's putting game has been the main factor in his stay on the Tour. 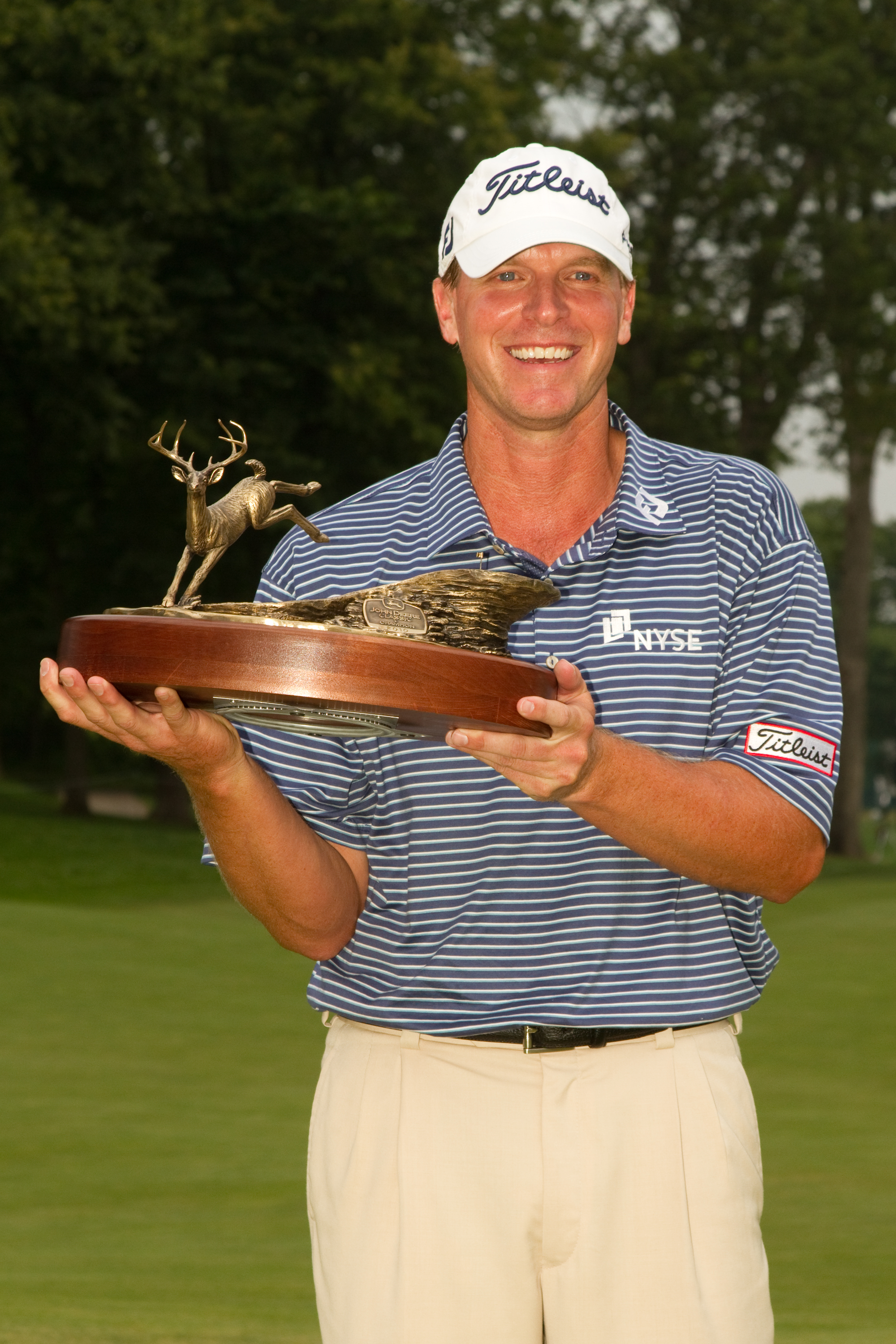 Seeing Alex Quiros send a 360-yard drive into outer-space really gets us going.

One player that gives the final part of each hole that much more intrigue is Steve Stricker.

I envy his low-to-the-ground, consistent, pendulum stroke just as much as I envy Phil's short game touch, or Tiger's shot making ability.

Stricker's a wily veteran who's career comeback has been aided by the robotic way he putts a golf ball. 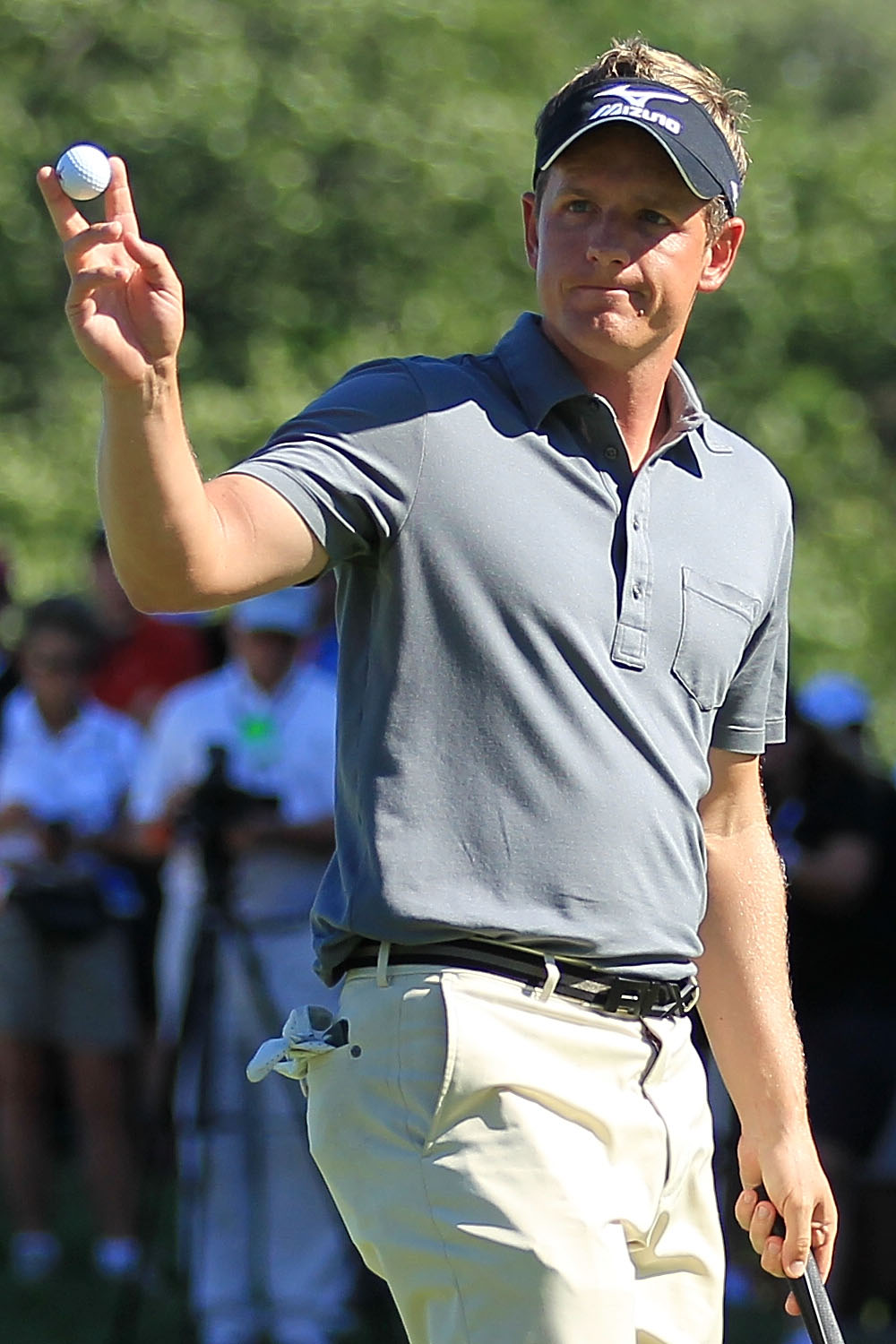 The PGA record for putts in a round is 18.

That right there will get you on the list.

Sure, other players have gotten hot, made a boat-load of birdies in a round or even over the span of an entire weekend, but Donald is another one of the guys that is constantly hovering near the top of putting average statistics.

At one point of 2009, Donald was leading in five statistical putting categories.

My man from the UK can putt. 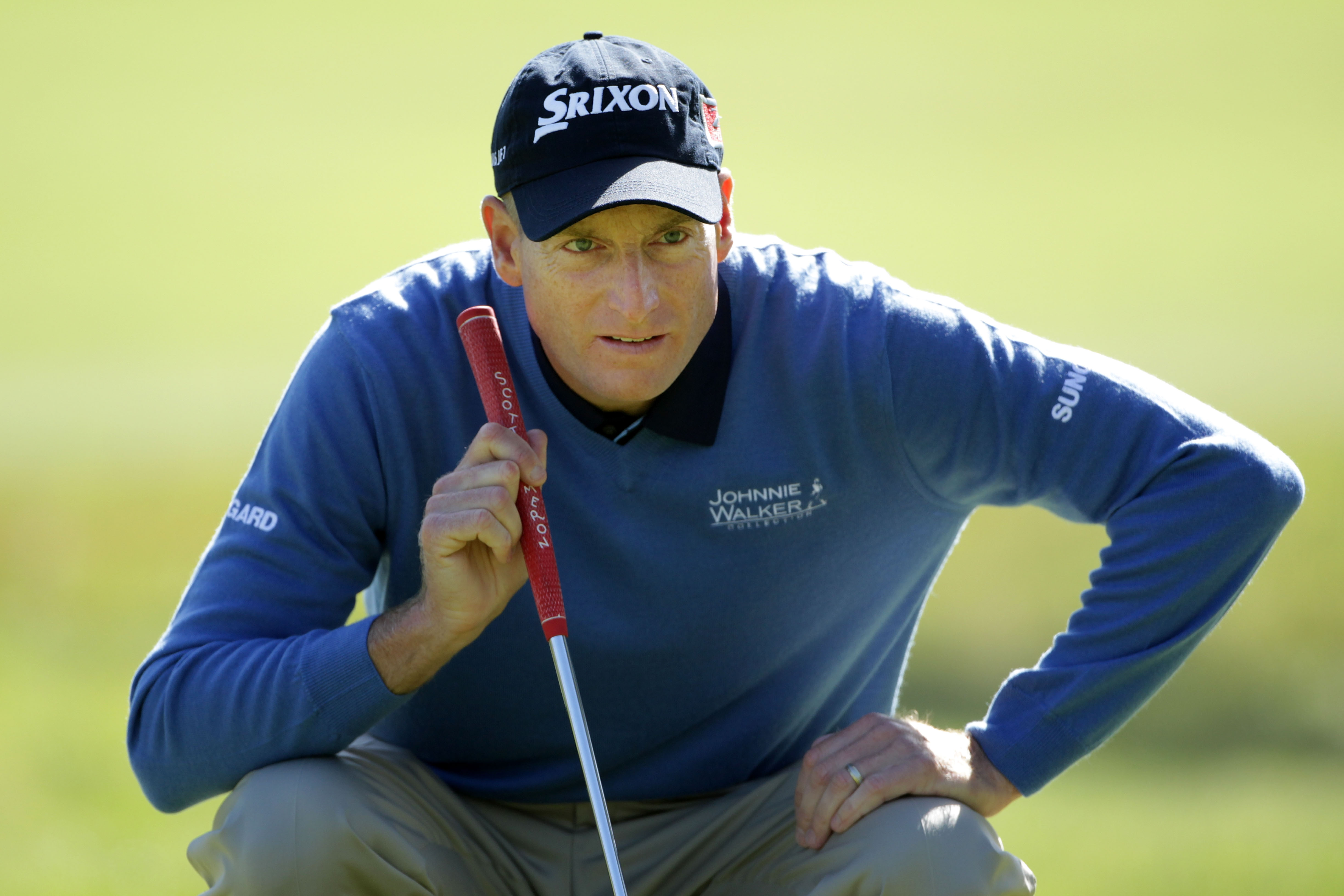 As you can tell, I'm referencing the official putting stats quite often, and right now Jim Furyk is 33rd in putts per round.

That doesn't tell the true story.

He's as solid with his Scotty Cameron as he is with the rest of his game, (he's won twice on tour in 2010) and has been dependable around the greens and on the greens for the near 20 years he's been a real pro's pro. 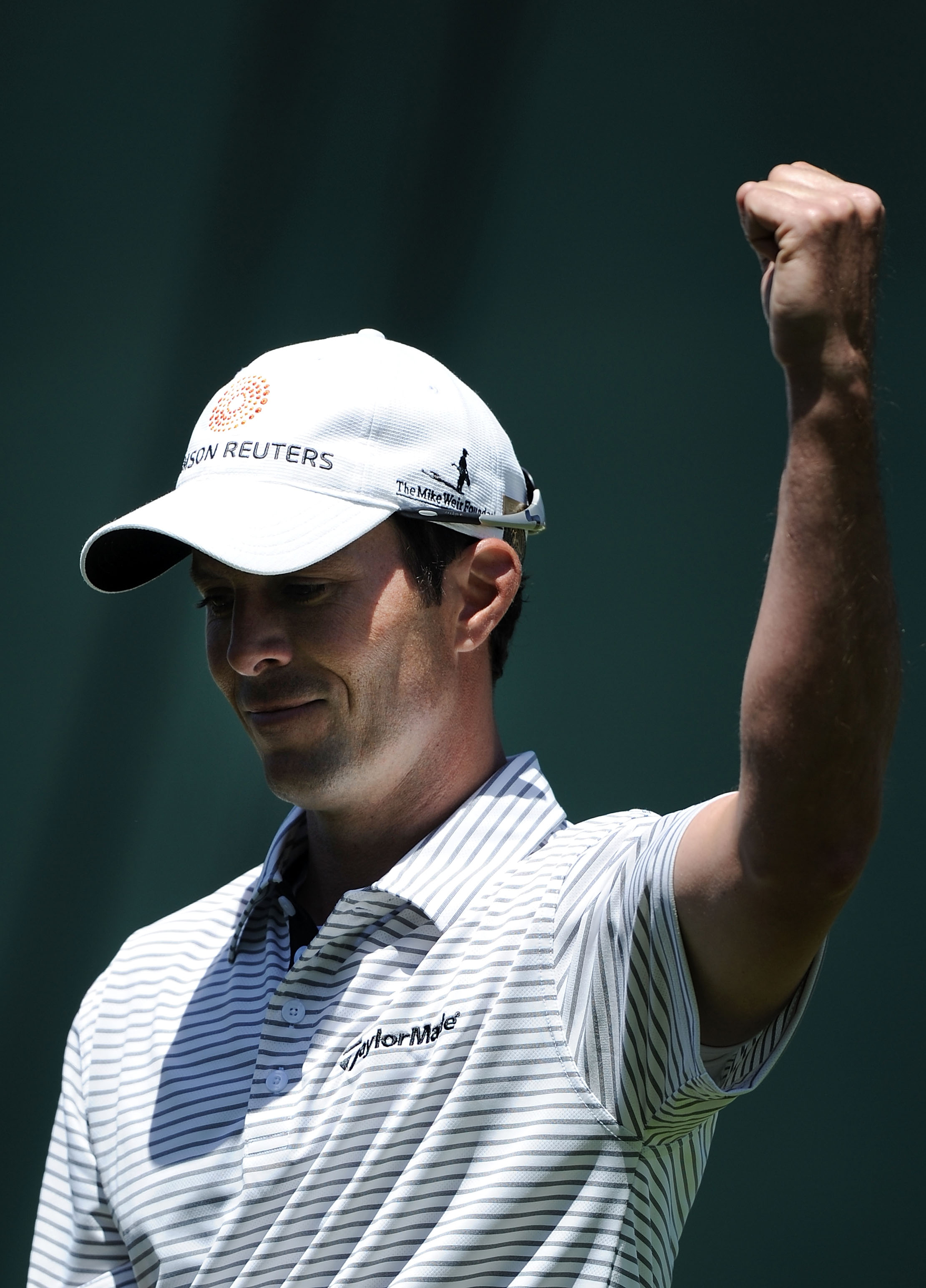 Is there something with lefties and having crazy good short games?

Maybe not, but Mike Weir is certainly a southpaw who can really get going on the greens.

He averaged less than 29 putts per round every year since 2006, so it's safe to say he's been the staple of consistency on the greens.

Weir doesn't crush the ball, is an above average ball striker, but makes his dough with his putter. 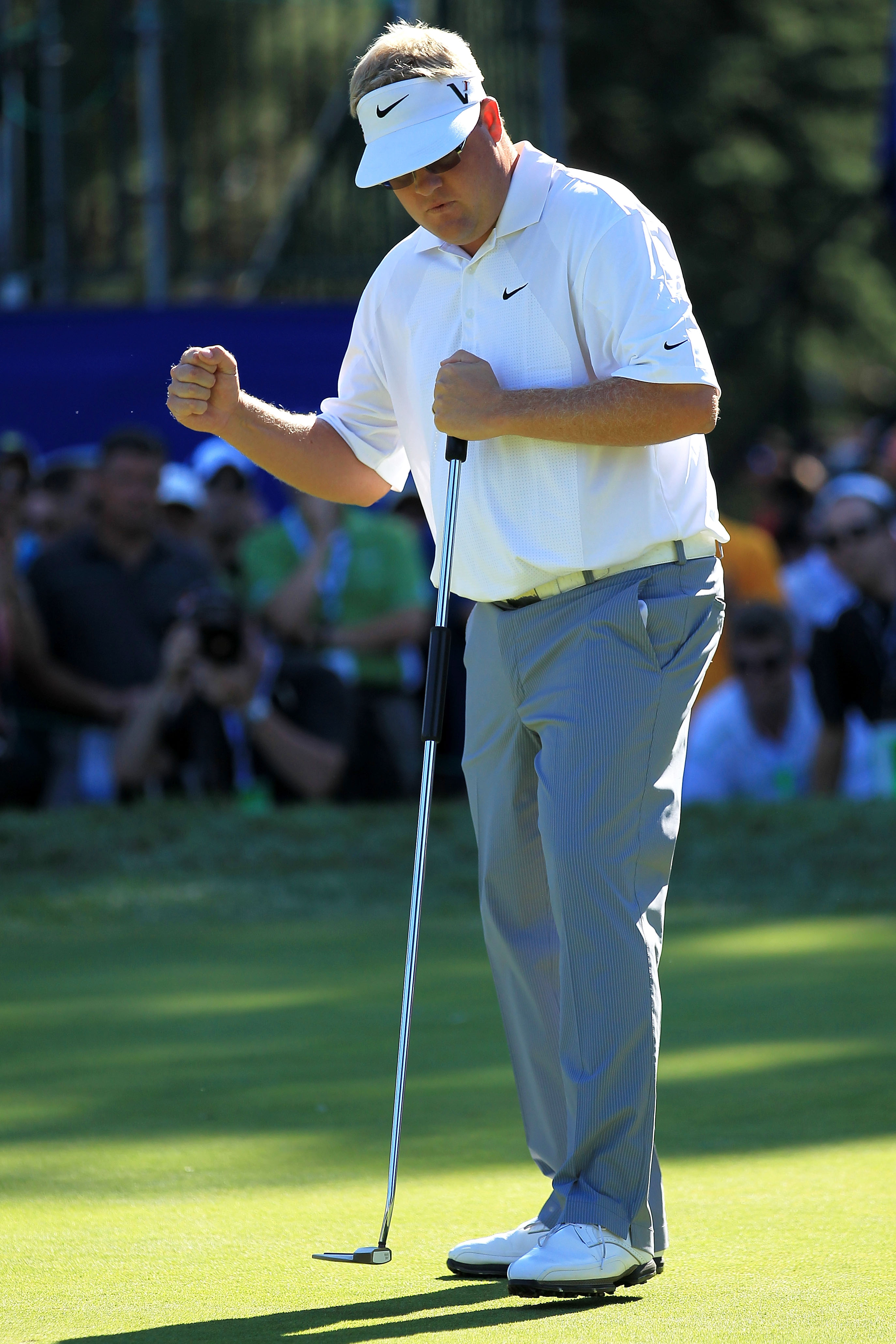 With the recent surge of European golfers winning big tournaments, Carl Petterson has become one of the more unheralded guys from across the pond.

He's won on tour this year, has four top tens, and to do that, you've got to be making lots of birdies.

At 3.61 birdies per round, Petterson is only 52nd on tour, but he has converted birds on nearly 20% of the par fours he's played, good for 3rd amongst his fellow competitors.

Must be that German putter. 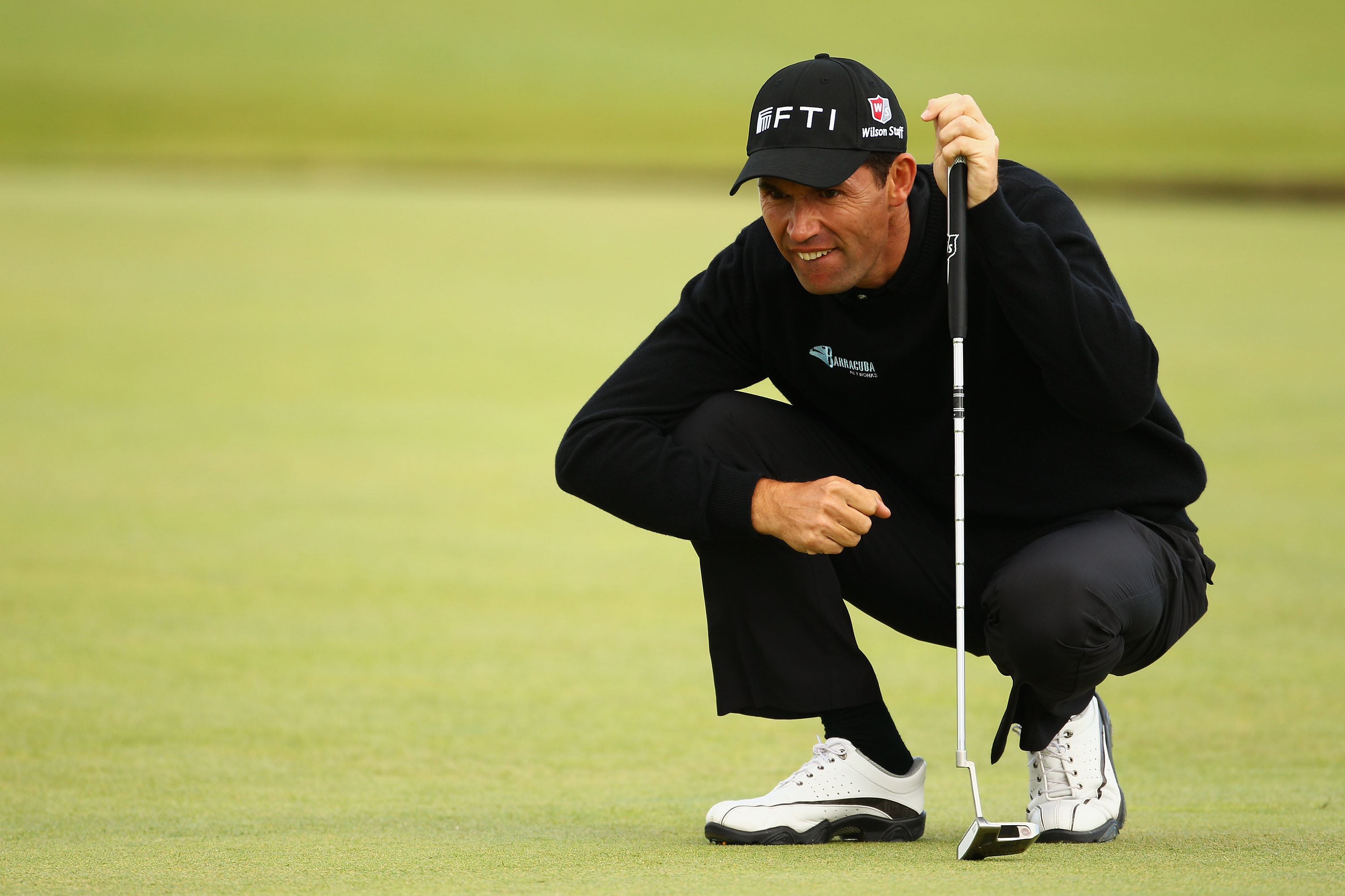 Although he's going through more mysterious and eccentric swing alterations that have limited his success in 2010, the well-liked Irishman is a fantastic putter.

He's the only guy on this list to utilize the magic that can come from an Odyssey Two-Ball putter, a club that dominated nearly every bag during my high school golfing days.

Harrington's got somewhat of an aggressive style while he's on the green that sometimes gets him into trouble, but also leads to him dropping plenty of putts into the bottom of the cup. 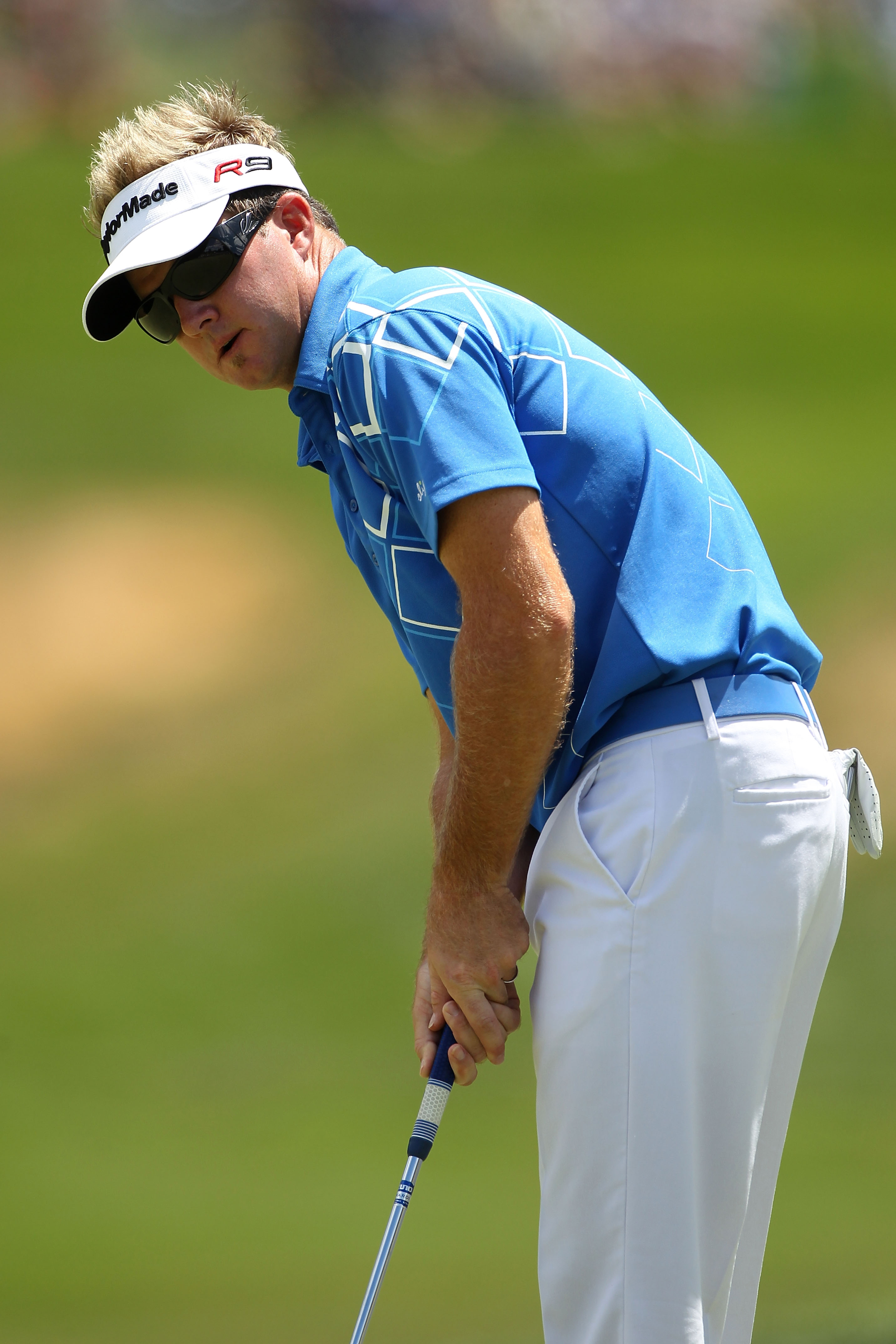 I'm all about longevity on the green to make this list.

This year, Gay is 5th in putts per round.