Fans anywhere are liable to do some strange things, but for some reason sports fans in Ohio are extra-super-insanely bonkers. Basically, we're nuts.

Clevelanders bark at visiting football players, bang drums in Progressive Field, and will argue with you until they are blue in the face that the Browns can win a Super Bowl this year (that last one alone should be enough to prove my point, I have heard it from quite a few people).

I'm sure many of you saw the Thursday night debacle and the successive "Burn-LeBron-Stuff-A-Thon" and thought, "Why are these people so upset, basketball is a business," or maybe something along the lines of, "These people wonky, it's only a game."

I myself have even had my share of crazy spells and just flat out mean words toward the now usurped former King of Akron.

To those of you who are confused, and even put off by our crazy outlook on sports, you must know one thing: We Ohioans, and it seems a large part of the midwestern United States for that matter, stick with their team no matter what. I'm not saying there are no band-wagoners, but a large number are dedicated to their team through and through.

The part that genuinely stings the soul of the Ohio sports fan is that LeBron was one of us. He knew the history, the list of disappointments that all of you already know. He was a native son.

Now, I know most of you will think that that is not entirely meaningful and just being from the area doesn't mean that he owes the team something.  And most of you would be right.

However, most of us would say (whether or not we really would in the situation) that as a native we would feel overwhelming loyalty to the team, so much so that not coming back would hurt us too much, no matter if leaving was the best "business" or "basketball" decision as so many people have described "The Decision."

After a city goes through 46 years and counting without a major sports title (one of our own did win the 2010 Scripps National Spelling Bee—go Anamika Veeramani! Technically she's from North Royalton, but Cleveland will claim her) any one of the dedicated sports fans in Northeastern Ohio, or all over the state for that matter, would tell you that they would do anything in their power to help their team win a title.

Back in LeBron's high school years, we followed him closely; after all, our hometown boy was one of the biggest NBA prospects in recent memory.  When we won the draft lottery in 2003 we were ecstatic, we had what we thought was the second coming of Michael Jordan on our team. We thought we were set.

It was all falling in place for the Cleveland title draught to end. Did we take it for granted? Maybe. Did we prematurely anoint him our savior, allowing him, with the aid of the constant media attention since he was a sophomore in high school, to have his ego swell to an astronomical size? Definitely.

We had to though, we were stoked.  We were finally being rewarded for our loyal fandom (although it did drop off considerably in 2003, Cleveland has consistently been in the top half of the league in attendance since Michael Jordan came to the NBA) and we could all feel the impending championship.

We could almost smell the O'Brien Trophy being brought to Cleveland.

Then we lost in the Finals in '07. Okay, the Spurs were obviously a better team.

Then we were narrowly defeated in the semis by Boston in '08. Okay, they had the big three.

Then we were upset by Orlando in the Eastern Conference Finals in '09. Uh...um...fine, it was a hard-fought series.

Then we were embarrassed by Boston this year.  #@&$!

Then came Thursday night, which made us seem nuttier than a tree full of squirrels.

That is what happened you get the perfect storm of a tortured fan base, a local man who has been deemed the savior of a city leaving, and a nationally televised simultaneous punch in the gut, stab in the back, slap in the face, and stomp on the toes.

Now, many will tell you that it's not that he left, it's the way he left. However, if he would have announced on July 1 in a small press conference that he was leaving, the reaction would not have been much less harsh.

Whether or not we want to admit we were emotionally attached to the man is not a question. We were. That's why it was personal to us.

So we apologize if you are offended by our coming unhinged and if you don't like how we reacted.  But I can't apologize for us acting that way, because we are crazy, and we like it that way. 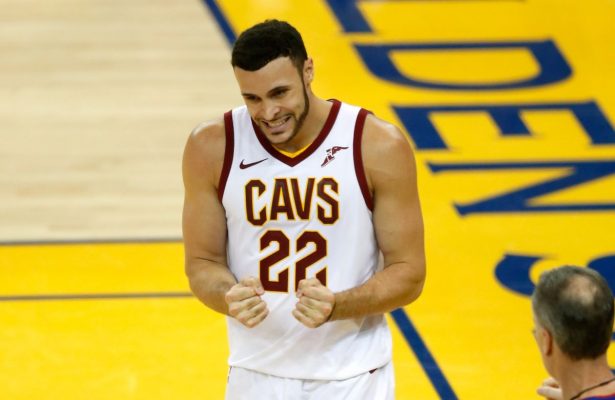