For the third time in less than a year, Cliff Lee has a new home. This time, he has joined the Texas Rangers.

Lee, 31, was brought in to help strengthen a relatively inexperienced rotation as the Rangers look to make a deep run in the playoffs.

Much like the past deals Lee has been involved in, the team parting ways with the star pitcher has looked for a huge haul of prospects in return.

The Indians', Phillies', and Mariners' prospects arrived with the glimmer of a brighter future, as each team will expect to find their value in the years to come.

This value is based upon scouting reports and potential. The potential here is the potential to become a dominant ace, a slugging monster, a slick fielder, or a great signal caller is the hook used by the teams who desire Lee's services.

Thus, this renews the argument of potential vs. proven commodity.

The Indians purged their roster last season and moved their ace, along with outfielder Ben Francisco, to the Phillies in exchange for pitcher Jason Knapp, pitcher Carlos Carrasco, infielder Jason Donald, and catcher Lou Marson.

Three of the four prospects have seen action on the major league level since the trade, but they have all struggled, and aren’t doing well at the minor league level this year.

Marson plays the same position as rookie Carlos Santana, who seized control of the catching position.

Donald, 25, appears to be destined for a nomadic career that alternates between the majors and minors.

Carrasco, 23, is still struggling, but has shown flashes that suggest he could help fill out a rotation someday.

The biggest piece of the trade was Jason Knapp, 19, who has already experienced physical setbacks that have hampered his development.

Cleveland’s deals have restocked their farm system, but the question, is what are they stocked with? Can they build on this?

What about the Phillies?

The Phillies took some prospects from the Mariners to replenish the loss of some highly regarded youngsters. The Phillies sent Lee to Seattle for pitcher J.C. Ramirez, pitcher Phillippe Aumont, and outfielder Tyson Gillies.

Again, another deal that is far too early to judge, but the numbers being posted at their current levels aren’t instilling a ton of confidence.

Ramirez, 21, has exhibited control issues while posting a high WHIP (1.47) and an ERA of 4.63, which means he is giving up slightly more than a run every two innings. That won’t work in a hitter’s park like Citizens Bank Park.

To say that Aumont, 21, has been knocked around would be an understatement, and this is at the Double-A level, where elite prospects tend to shine.

Center fielder Tyson Gillies, 21, has not looked horrible, but a sluggish start while he is playing at the Double-A level for the first time also must be worrisome for the Phillies' front office that expected these players to contribute in the upcoming seasons.

The franchise has solid depth on the major and minor league level that should make these disappointments palatable.

What did Cliff Lee net for the struggling Mariners?

The hard-hitting prospect has struggled at the major league level but does have the potential to become a middle-of-the-order talent that could help a pathetic offense in Seattle.

Beavan, 21, was also coveted by the Mariners and has posted numbers that suggest he can dominate at his current level and could be moved up to the Triple-A club by season’s end.

Lueke, 25, has all the makings of a career minor leaguer who could possibly be a serviceable fill-in reliever on the big team if someone were to be injured.

Lawson, 24, also falls into the category of career minor leaguer.

Sure these prospects could develop into future All-Stars or good complimentary pieces on a future contending team. But this past year has been a movement of players who won’t make up for the loss of what was given up.

And absolutely, I mean absolutely, these trades will never yield the lopsided results of this deal of a staff ace for prospects.

Remember the June 27, 2002 trade of then-ace Bartolo Colon and Tim Drew from the Indians to the Expos for Brandon Phillips, Grady Sizemore, Lee Stevens, and Cliff Lee?

Now that was a steal!

Front offices around baseball dream every time they deal away one of their stars, but it almost never happens.

So we get situations like Lee’s journey to find a long-term home. A journey that has seen many promising players moved to acquire him. 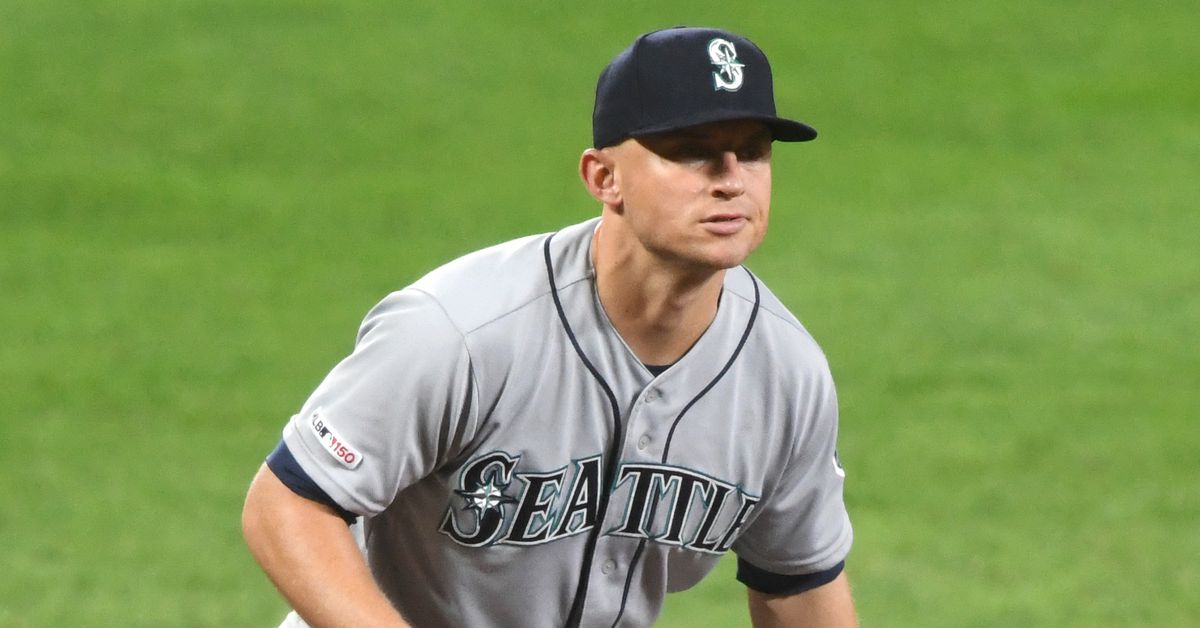 Should MLB Teams Draft a College or HS Player? 🧐

@BR_MLB takes a deep dive into the data to end the high school vs. college debate

Should MLB Teams Draft a College or HS Player? 🧐