The 10 Worst Pirates Moves in the Last 10 Years 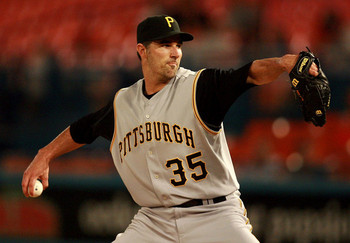 Since Neil Huntington has come under fire lately, I thought I would look back at the worst Bucco moves of the decade. None of Huntington's recent trades make the list, as I feel it's still too early to evaluate them fairly and I really don't have a problem with many of his trades.

These are just off the top of my head, so feel free to leave your own opinions on your worst. This could be a fun discussion.

Warning- Pirates fans, proceed with caution. Reliving some of these awful front office decisions could cause extreme anger. I know it did to me writing it. Enjoy. 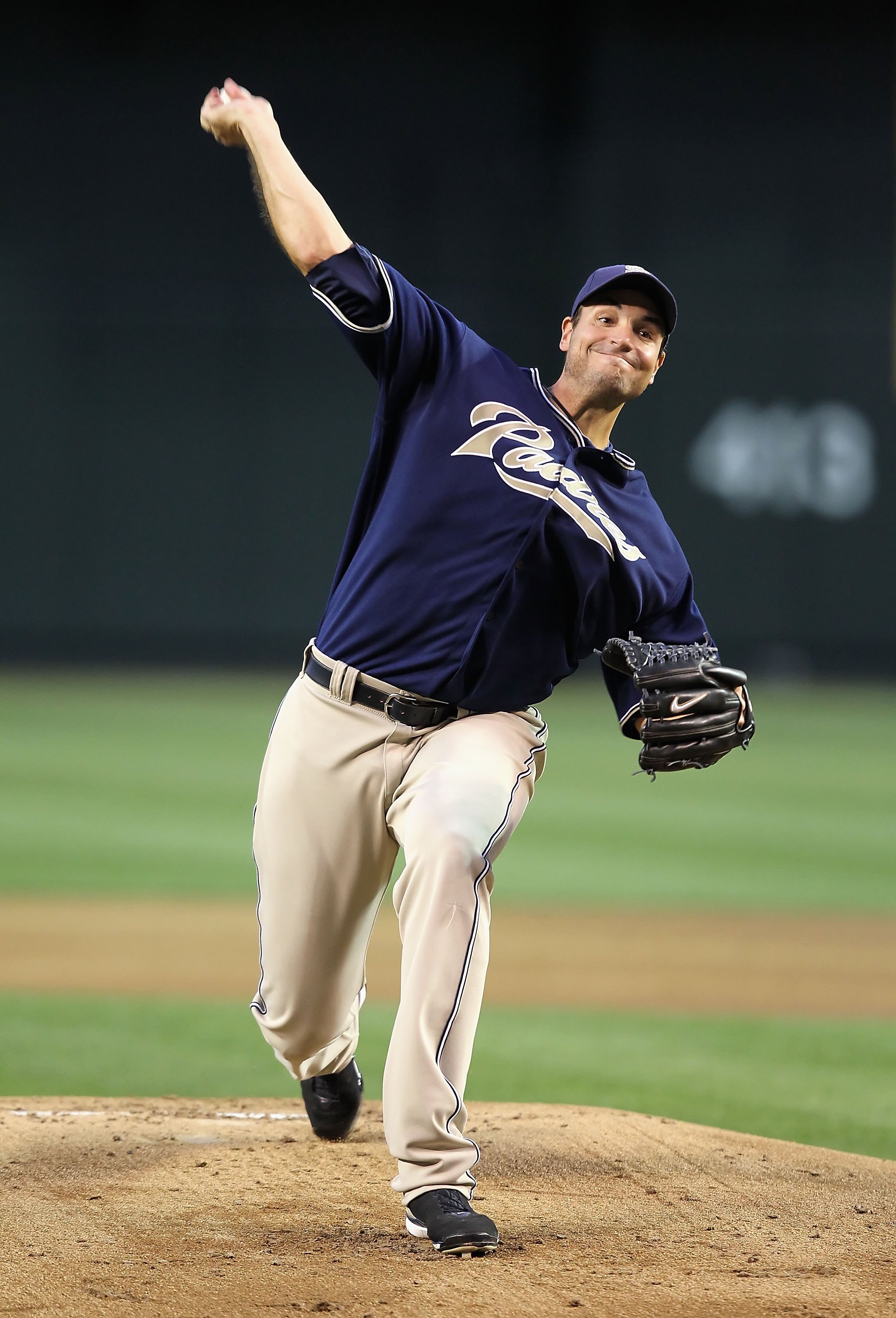 Dec. 20, 2002, the Pirates shipped away the tall and talented Chris Young, along with minor leaguer Jon Searles to Montreal in exchange for reliever Matt Herges. Herges never made the Pirates that year, being released in spring training.

Herges has had a decent big league career, but Young turned out to be a solid starter and may have been a front of the rotation guy for some years. Young has suffered through injuries, but has a career record of 47-34 and a respectable 3.84 era. Opponents have only hit .221 off him in his career

9. The signing of Jeromy Burnitz 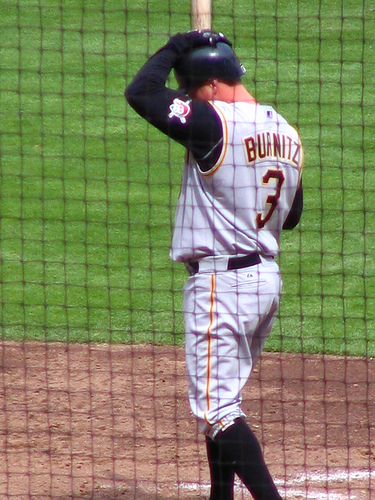 Typically under Dave Littlefield, the Pirates liked to sign the aging vet, trying to get one more year of production. The Burnitz signing could have been the worst. Jeromy Burnitz gave the team a .230 avg in 2006 and a "I could care less about performing, because I'm getting paid a ridiculous $ 6 mil attitude."

Burnitz was quickly hated in Pittsburgh 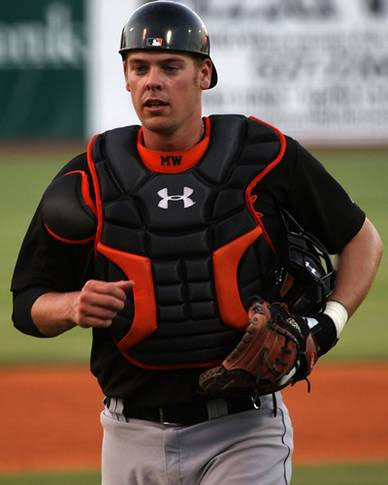 Nothing like taking a left handed set-up man ahead of a sure to be stud catcher because you are scared of his agent.

While Moskos has been perfoming well as of late, and recently was promoted to AAA; Wieters made it to the majors faster than any catcher in MLB history. Wieters has now played 161 games with the Orioles batting a respectable .264 with 15 homers and 67 RBI's. Numbers that are sure to start going up.

How nice would it be to have the catching situation already settled, with Ryan Doumit already out of there. If your not a fan of Wieters, Jason Heyward also slipped to 14th in that draft.

Another aging vet signed that couldn't produce. Well at least the others didn't quit on the team the way Mondesi did. Mondesi played only 26 games for the Bucs in 2004 and then decided to practically go on strike to force his way out of Pittsburgh.

Both parties handled this badly and once again the Pirates came out of it looking stupid. They granted Mondesi his release that May. At least Mondesi never had a career after that. he had short stints with the Angels and Braves but was out of baseball by 2005. 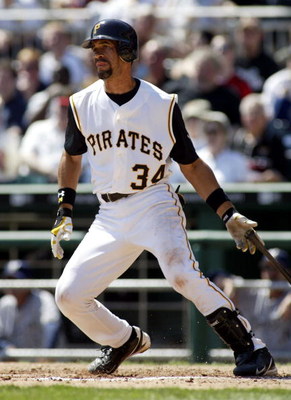 After dealing Jason Kendall's bad contract (which should have made the list, but for some reason I left it out) to Oakland, the Pirates needed a catcher for the 2005 season.

Enter the Royals, who really hustled Littlefield into grabbing the 40 year old Benito Santiago. Not only did the Pirates give up a good prospect with an electric arm in Leo Nunez, but Littlefield also agreed to pay $1.25 mil of his salary.

Santiago tripled in his first PNC Park at bat. He would get only 22 more at bats for the Pirates. A week into the season, Santiago came down with a virus and was placed on the DL. On Apill 30th that season, the Pirates tried to send the veteren catcher on a rehab assignment, but Santiago refused. He was released eight days later, allowing the Humberto Cota era to begin.

Nunez is currently the closer for the Florida Marlins. 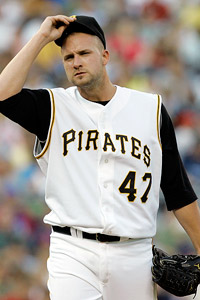 Great move- Use the 8th overall pick in the draft to select the NCAA's home run leader.

Not so Great Move- Announce immediately after the draft that you are going to make him a pitcher.

JVB turned out to be statistically the worst MLB pitcher ever. His 2-13 career record and 9.20 era isn't very good. The first round of that draft didn't have much talent, but people like Dan Haren went in round 2.

The following year, it made perfect sense to take the guy that Littlefield projected as a 3rd or 4th starter number one overall, while passing up on BJ Upton, Zach Grienke, Prince Fielder and others.

Bullington pitched exactly six games for the Pirates, going 0-3 with a 5.96 era in only 18.1 career innings.

4. Turning Down a Chance to Acquire Ryan Howard for Kip Wells 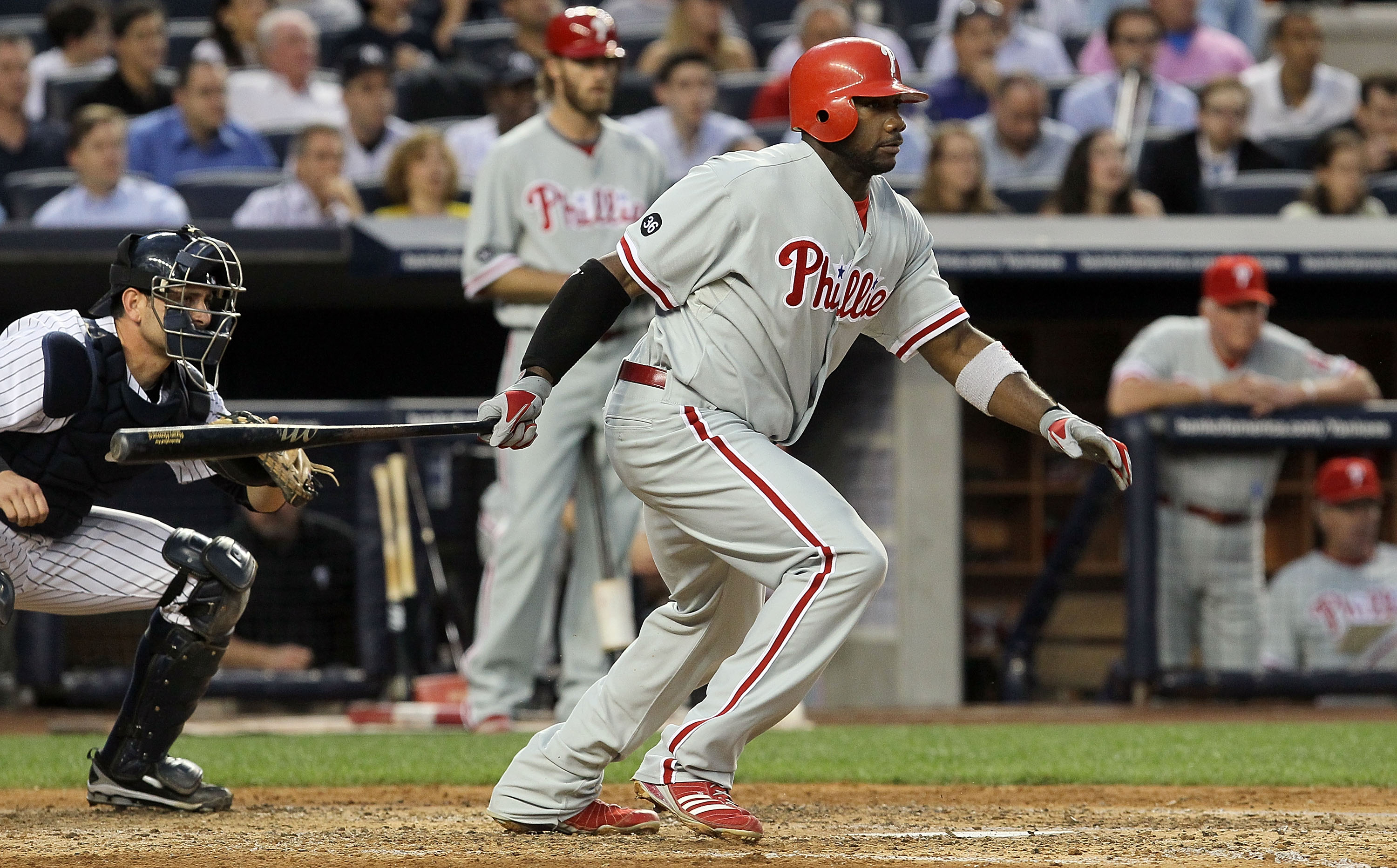 Ryan Howard for Kip Freaking Wells. It wasn't just a rumor, both sides confirmed the deal was on the table. Why would Littlefield jump at the chance to acquire a young kid with legit power. The only reason howard wasn't in the big leagues hitting bombs already by that time is that he was being blocked by Jim Thome.

Littlefield decided to hold onto the floundering Wells and watch brad Eldred struggle instead of jumping at a chance to seriously improve the club within a couple of seasons.

It makes you wonder where the Pirates would be now, had they made this one simple deal. 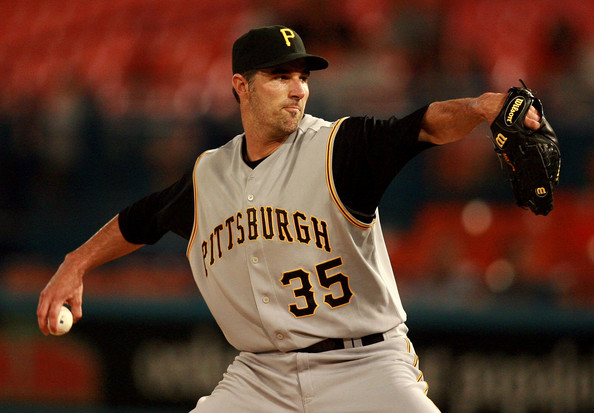 I almost drove my car off the road when I heard the details of this. The Pirates gave up Rajai Davis, who is still stealing some bases in Oakland and Steve Macfarland (who is actually pitching for the Washington Wild Things) for the aging Matt Morris. Why? Because nobody else wanted him?

Not only that, the Pirates assumed all of his contract, making Morris practically the highest paid player in franchise history. Now the Pirates really didn't give up much, but it's moves like this that make no sense.

They backed off drafting Wieters just a month earlier and then agree to pay Morris over 10 mil?

Morris was released after an 0-4 start to the 2008 season. The Pirates paid Morris about $1 mil per start

The Pirates traded Schmidt and a productive John Vander Wal to the Giants for Armando Rios and Ryan Vogelsong. Schmidt went 78-37 with the Giants, sporting a 3.36 era, while finishing in the top five in Cy Young voting twice.

Rios had a torn ACL at the time of the trade and Vogelsong immediately needed Tommy John surgery. Apparantly, Littlefield never checked medical records on anyone.

1. 2003- Pirates GIVE AWAY Aramis Ramirez and Kenny Lofton to Cubs 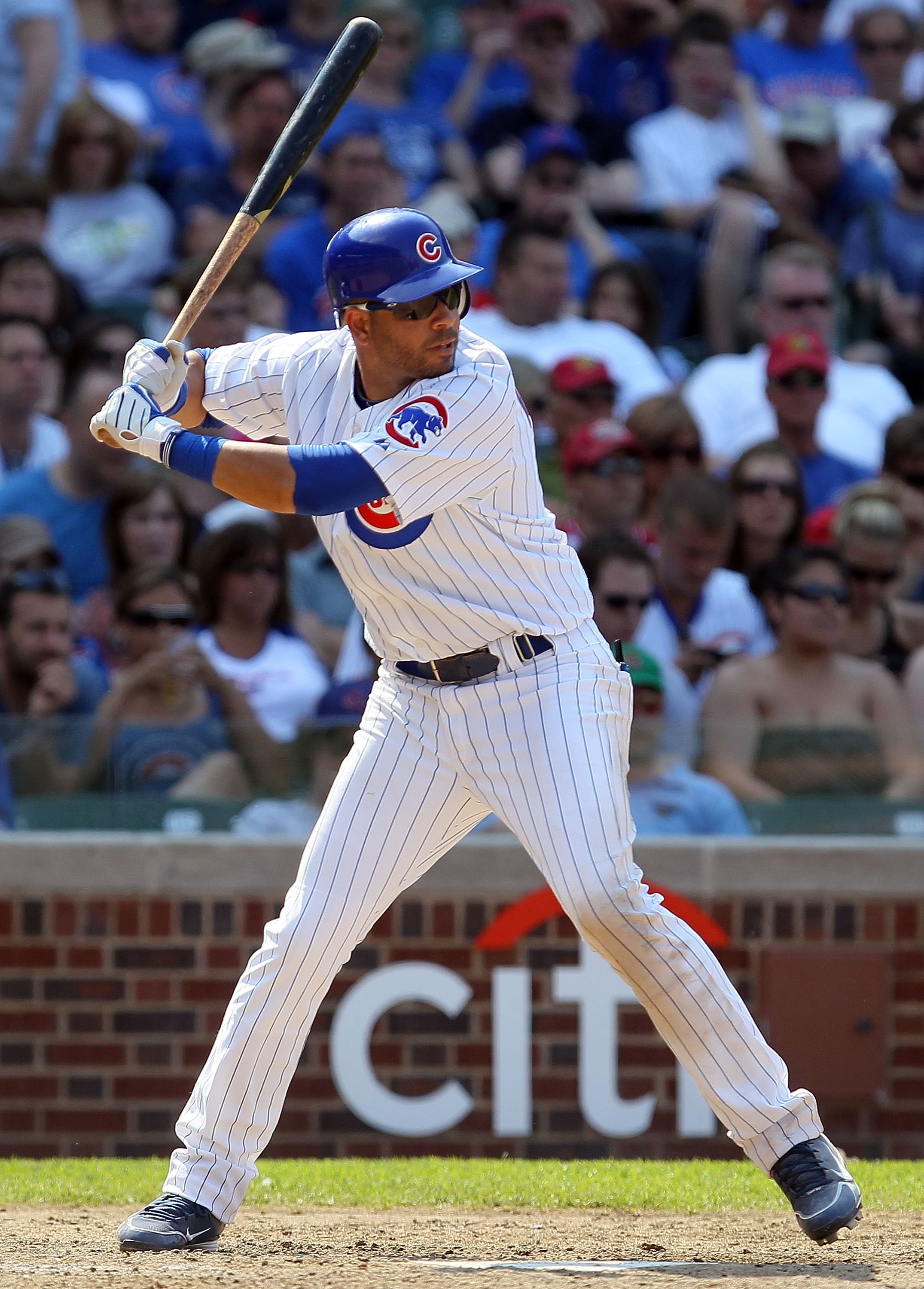 That's right, the Pirates gave away their best home grown talent in a decade along with Lofton in the salary dump of all salary dumps. Oh wait, we did revieve Jose Hernandez, Bobby Hill and Matt Bruback.

Lofton had a stretch as one of the best leadoff guys in the game and since the trade, Rammy has been one of the best third basemen in the game. he's had five straight seasons of over 25 homers for the Cubs and has 269 career dingers to go along with 968 RBI's.

So remember, that while neil huntington may not be the greatest, he's a huge upgrade from dave Littlefield, who left us with this mess to begin with. Huntington arrived and the cupboard was bare. I'm noy proclaiming him the guy to get the franchise over the hump, I just hope I don't have to write one of these about his tenure as Pirates GM.