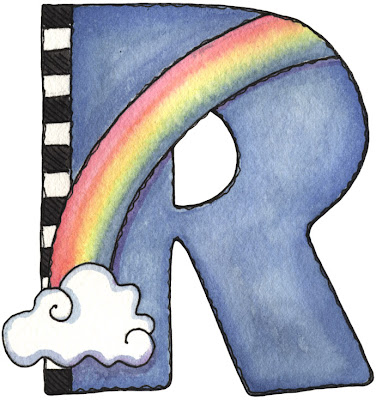 Rivalry. Websters dictionary defines the word as this, "The state of being a rival in competition." Revenge. Same dictionary, different term, "To avenge (as oneself) usually by retaliating in kind or degree."

You're wondering why I'm using the letter "R" to start my column today about the NBA finals? It's because it is the foundation of what we'll see play out over the next two weeks is embedded in these two words. Both fraught with meaning.

Los Angeles Lakers vs. Boston Celtics. Probably one of the most coveted rivalries in sports. It's the equivalent of Red Sox vs. Yankees in baseball, or the Washington Redskins vs. Dallas Cowboys in the NFL.

If William Shakespeare himself could have written the perfect script for the NBA finals, it would have included these two teams.

So why the rivalry? Well dolls, pencils out. It's time for your history lesson. Let's take a step back into the hallow hallways of NBA past.

These two teams have met in the finals 12 times since 1948, nine of which, Boston has won. However, the rivalry was really sparked via the emergence of two super stars, one on the east coast, the other a westsider. Larry Bird vs. Magic Johnson.

It was the disco age of the late 1970's. NBA attendance was low, dance club attendance was well.. high. The league was in desperate need of a ratings boost.

Folks saw the NBA as a "bad boys league." Something had to change, before basketball slowly diminished into a thing of the past.

The 1980's brought in a new president, a changed country, and a new opportunity... for the NBA. The Boston Celtics introduced the world to Larry Bird. A lanky white guy, quick on the court, with absolute percision in the game, who played with a heart of gold. The west coast found its new leader too. His name, Magic Johnson, and Lakers magic is what he manifested on the court.

The two superstars brought their teams to meet in the finals three times. It's been said that their rivalry and team leadership is the glitter that changed basketball forever.

The Boston Celtics poised a team deep in tradition, while the Lakers brought celebrity, glitz, and Hollywood glamour to the game. The two paired against one another? The perfect recipe for greatness.

With the emergence of the Chicago Bulls led by Michael Jordan in the 1990's, the rivalry was quarantened for a short time. It wasn't until an 18-year old superstar named Kobe Bryant signed his name to a team who also carried the likelihood of Shaquille O'Neal. The old rivalry was thus, renewed. A collision of power teams, back on top.

Two decades after the Bird-Magic years the two teams met yet again. The 2008 finals, the Celtics would take the series and win the National Championship in six games. The Celts win would come deep in the grinds of a series tied 3-3. The Celtics clinching the 2008 national championship title was even harder than most for the Lakers to swallow.

The Celtics win would come at a great expense to the Lakers ego. It was game six when Ray Allen would tie a single game record for three pointers. In addition, the point margin between the two teams was the largest via a clinching game, in NBA Finals History. The Celtics led by Paul Pierce and Ray Allen, the Lakers led by Kobe Bryant and Lamar Odom (Khloe Kardashian's hubby).

Today, these two teams meet again. A battle of wits on the hardwood. The Lakers led by Kobe Bryant, and the Celtics led by Rajon Rondo and Paul Pierce, have grievances to solve. These games will be fast, they will be furious, and there's one guarantee.  The Lakers are seeking more then just a trophy at the end of the day. The Lakers are seeking sweet revenge. William Shakespeare quotes, "In a false quarrel there is no true valour".

Let's have a look at our two nemesis.

** We'd be remiss not to pay proper homage to the chant you'll hear repeated by Celtics fans over the course of the series "Beat L.A!!" The chant started in the late 1960's at Boston Garden, and was relived again in the 1980's during the Bird-Johnson rivalry. These two words have since been the cheer for all Los Angeles vs. Boston rivalries.

The Lakers, never to be outdone will have chants of their own, "MVP!" the anthem words used in celebration of their leader, Kobe Bryant. **

Stay Fabulous, and Enjoy the show!