Hell hath no fury like the competition of college football.

Alabama coach, Nick Saban knows this from phrases like Nick Satan, Benenick Arnold, Osaban Bin Lying, and being burned at the stake like some bad movie on the KKK.

So what is up with all the hate?

Let’s look at Nick Saban and his life and see if we can formulate an intelligent factual formula to support this theory that he parallels to something evil.

1. Nick Saban has jumped around during his career.

He has coached at Toledo, Michigan State, LSU, the Miami Dolphins, and Alabama. Each move turning out to be a better job than the one he was leaving.

What coach has not done the very same?

What coach worth his salt has not?

4. T he only time he lives in the moment is on the field, otherwise, he is constantly working and planning.

During the flight to Texas he was on his computer planning his recruiting, prospects, and future. When the plane landed it was back to the moment and the game at hand.

5. He has been persecuted to the max for leaving LSU.

Ironically, the heaviest persecution came when he left the Dolphins for Alabama. Indicating this was some covert plan by Saban and the Athletic Department of Alabama to use Miami as the middle man.

Saban did not leave LSU for Bama. He did what any other coach in his game would do. After getting a taste of the NFL, he realized that his mission and purpose in life was at the college level. His coaching style is indicative of that.

So what if Saban likes control, to be in control, and to be the voice of his team. Face it—that works for Nick Saban.

6. His last two seasons, he has a 25-2 record, where the two losses came during non-regulated season play.

He has a perfect record for scheduled season games.

Respect and discipline are the top two factors in his philosophy. He restored both of those back to a program that prior coaching and infractions caused to weaken.

Simply, we got away from the basics of why we were, “ALABAMA FOOTBALL."

8. He leads by example,  by living and practicing everything he preaches.

He sacrifices nothing for the game, grades especially.

The current example of this is the discipline tactics he has imposed on Star Jackson.

Another example is Rolando McClain.

When Rolando came to play at Alabama, it was about Rolando and his way, a tactic that led to Rolando not playing much of his senior year in high school.

Saban sent him back to his Momma.

Rolando had a choice: he could play by the rules and expectations of the team, or he could stay home.

Thankfully, Rolando chose the Saban way, which eventually led him into a leading support channel and mentor to the team.

What seemed like extreme measures at first, made a statement, a statement that changed everything.

It took one move and everything else fell into place. Rolando showed strong character and love for the game when he came back.

Rolando was a humbled, committed, disciplined player that helped transform that first team into a National Championship team.

9. Saban entered Tuscaloosa in 2007, a year or so after all the infractions were a year into the past. But he was still saddled with players that were of consequences to the 21-scholarship era.

However, the horizon was bright again for the recruiting to be full-force.

Saban’s 2007 year was somewhat un-Saban like with a 7-6 season. In his defense (not that he needs me defending him or his team) he had a multitude of problems and issues to correct.

He was dealt a team with a lack of respect, lack of discipline, and attitudes bigger than the seating capacity at Bryant Denny.

Most of all it was an “I” team and not one of teamwork.

With a united senior class along with a talented set of new comers, a new legacy was about to begin, one of the most exciting phenomena of college football I have ever watched, unfold.

Sweeping the nation with Alabama-style football once again, the team was highly regarded as the New Alabama with old-school ways.

The media proclaimed its piece of the glory, and everywhere you looked in print were the words “Bama is Back”.

The new Alabama stepped out from behind the shadow of the legendary Bear Bryant, and for the first time in history there was a new hat in town. This time it was of straw.

If you don’t believe me, then I suggest you to see the display at any athletic store that sells attire in your town. A houndstooth hat and a straw hat for the first time would sit side by side on the shelves.

A team that was disciplined, conditioned both mentally and physically, well groomed, and with a hunger we have not seen from an Alabama team in so long took the field.

The Saban way had prevailed.

The philosophy of Saban can be summed up in the four finger reminder, most notably displayed at the start of the fourth quarter.

While this statement during the pre-Saban era represented the statement to the opposing team that Alabama was going to own the fourth quarter and clean house.

The four-fingered salute represents five fingers of assigned value, a subtle reminder to everything they have endured and accomplished together: 1.  Discipline; 2. Commitment; 3. Effort; 4. Toughness; and the fifth finger, the thumb, is pride.

So when you put four fingers up during an Alabama game, that is what it all means.

It serves as a reminder that you're part of something—a unit, a family. Together first as a team—with that, winning just happens.

Alabama is once again faced with infractions involving the textbook fiasco, landing them three years’ probation and serious slander by the NCAA and their peers.

The NCAA stated just last week that Alabama is the most penalized team in football.

They have had the most imposed punishments, they are the team to have been stripped of 21 wins at last count, and labeled them as repeat offenders.

We can argue about the unfair nature and point to those who received less, such as Auburn, Florida, USC, Florida, Tennessee, etc.

But why? For every argument that we could make there would be a less successful program waiting in the wings to yell that justice is justice.

We chose to go back to business as usual of playing football while other teams hide behind the NCAA or gaining advantage off the football field.

We will take our penalty and still beat you on the field in head-to-head competition.

We will let you have the competitive advantage by all the scheduled games we have where the opposing team has a bye week before they go head-to-head with Alabama.

At Alabama, football is a business, and at the helm of our business we happen to have one of the best businessmen running the show.

He is a leader, a mentor, and a man who for all accounts will not sake the foundations of the basics—not even for football.

It’s all part of the process.

Remember, first things first, and taking responsibility for yourself and moving forward is part of that process.

Alabama football is about a lot more than football. Football is a way of life in Tuscaloosa; and we approach it as just that, and nothing less.

There is a lot more to a successful program than what meets the eye on Saturday in your living room or at the stadium.

The true success starts way before the start of football season. It comes from other places than on the field. The field is just one place it shows up.

When someone believes in you so much that you not only live up to your potential but beyond, that is an amazing quality and certainly it does not parallel to the devil.

Simply put, it is about someone believing in you more than your talent would allow and making you believe it too. That is what 2009 was all about.

One man, one football team, and a desire to be.

There is an old saying in sports—to be hated in college football means you are doing something right. No one wants to be the team everyone likes.

Trevon Diggs will ‘have an answer’ for forgoing Citrus Bowl, Senior Bowl 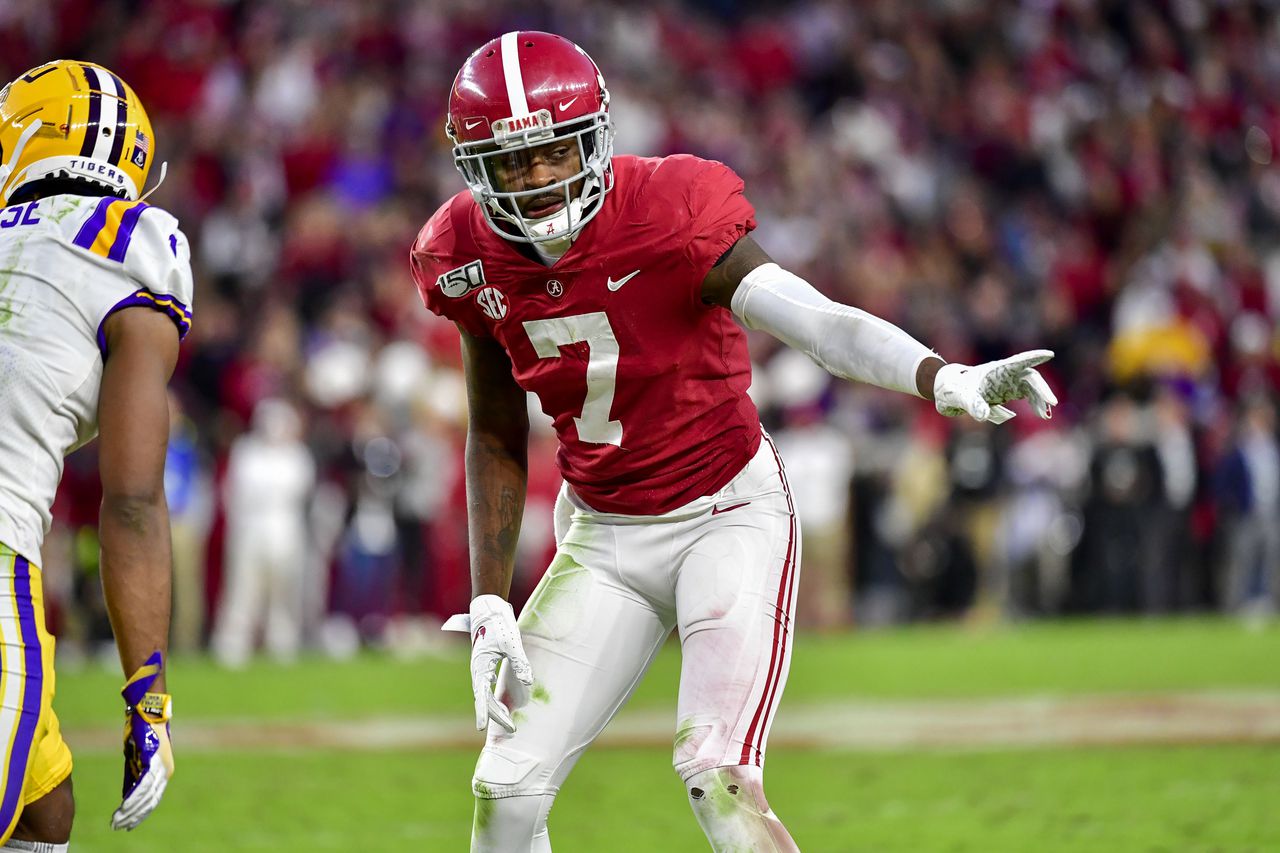 Trevon Diggs will ‘have an answer’ for forgoing Citrus Bowl, Senior Bowl 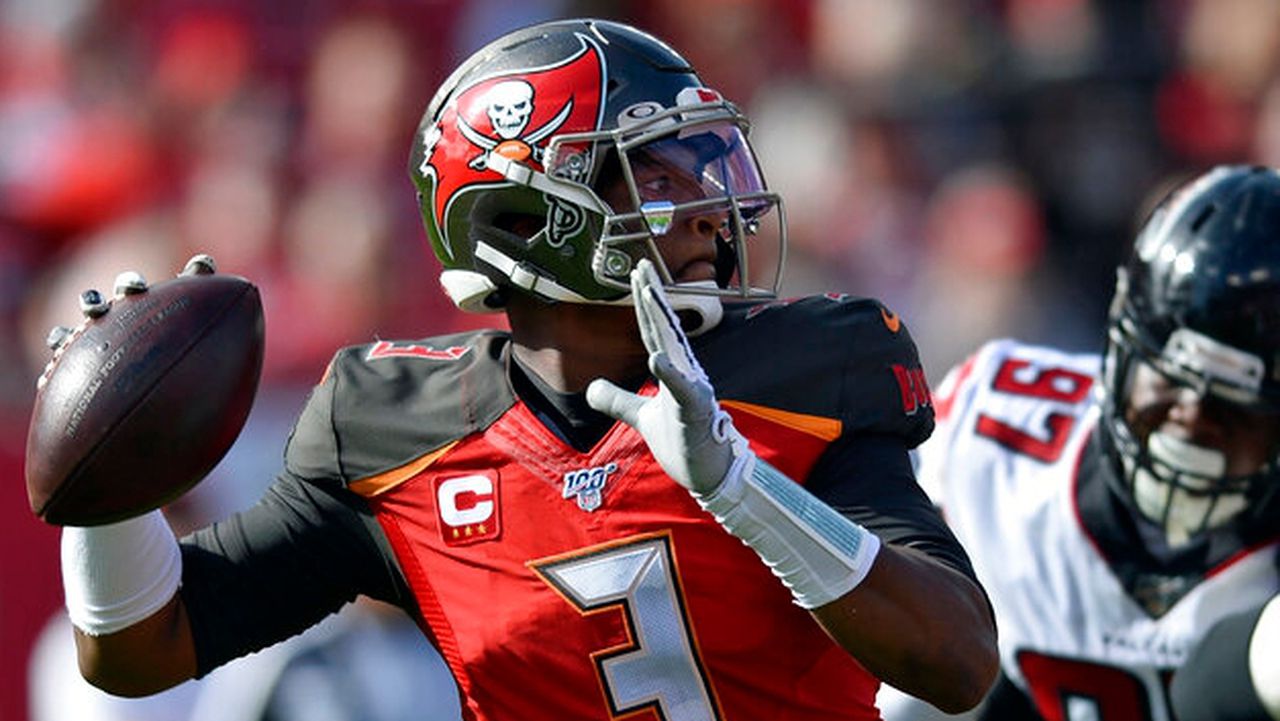