Ladies and gentleman please put your hands together for perennial third-stringer, Mitch Mustain.

Am I the only one that sees a problem with that last sentence? Take a look at some of Mitch’s fellow Hall Trophy winners:

2006 – Jimmy Clausen (3-year starter and led the Irish to their first bowl victory in how long? Yeah, it was Hawaii, but on a Charlie Weis run team they’ll take the W.)

2007 – Terelle Pryor (He actually did something we couldn’t do this year…beat Oregon.)

Mitch left an Arkansas team that had two NFL draft first-round runningbacks in Darren McFadden and Felix Jones. Between that and the fact that Houston Nutt was a little “bench-happy” Mustain’s first year on campus, I don’t necessarily blame him for jumping ship to greener (and more West-Coast Offense oriented) pastures.

His Sophmore year was spent under the beautiful LA sun on the USC Scout Team while he obliged the NCAA’s silly rule for transfers. “Ha!”, the NCAA squaks, “Let’s see him try to win an award in practice gear!”.

Well, Mitch being Mitch, that’s exactly what he did. He was awarded Service Team Player of the Year (Offense) at the Trojans annual team awards Banquet.

And he’s not a bad guy either. According to his profile on the USC Official Athletics Website, him and USC/Arkansas teammate Damian Williams “…founded a campus Bible study group, Generate USC.”

Wait…so he was born in the south, is a strong-faithed Christian, and really doesn’t do anything except win games and win awards. SERIOUSLY? We have a TEBOW on our roster and he’s sitting at THIRD STRING???

I’ve never been one to judge a Pete Carroll decision which is why I was okay with the Sanchez start in 2008. Heck, the guy just took the NY Jets to the AFC Championship as a rookie. I can deal with him leading our team to another Pac-10 Championship and Rose Bowl victory. But afterwards is where my faith for Coach Carroll’s decision making began to waver a little. The Athletics site also says for 2009 “Mustain, the most experienced quarterback on USC's roster, will compete for the starting job as a junior in 2009.” But experience doesn’t matter in a game of handsome, blonde, spikey haired QBs of the future. Don’t get me wrong, I’m a Matt Barkley supporter through and through. I think by senior year him and Stanford QB Andrew Luck could be on the same Top 5 Heisman list. The problem lies in our third-string wonder being out of the picture and out of our scope.

USC has had a system for the better part of this last decade (and some of the old-timers might be able to attest, but probably the last century) of starting your experienced QB, which I believe led to a little bit of success throughout the Pete Carroll Era. Carson Palmer did start as a true freshman, but 9 games into the season. How did the Palmer experiment work out anyway? I thought it was a pretty slow couple of years until that breakout senior year. It took experience for Palmer, and the Trojans in general, to get good (like really really winning National Titles good).

After him? An experienced young chap by the name of Matt Leinart (another National Championship, and a shoe-string tackle away from a third).

We already spoke about Sanchez, but you get the picture. Palmer didn’t win anything until he was a Senior with the Iowa Orange Bowl victory. And although I stood by faithfully in the drizzling San Francisco rain for this past Emerald Bowl triumph, I’m not sure if that’s the kind of winning that our beloved Trojan fans want to become accustomed too. Matt Barkley finished with 15 touchdowns and 14 interceptions over 13 games this season with one more win than Mustain. Mitch Mustain, in his 8 wins at Arkansas, had 10 touchdowns and 9 interceptions.

I know Barkley is a Christian too and does mission trips in South Africa (ala Tebow). I know Mel Kiper says in three years he’ll be an NFL 1st rounder. I know that he’s got the So-Cal mantra. What I’m saying is in this new time, with this new coach and this new offense…maybe Mitch Mustain should get his shot. Barkley will be around. Barkley has as many years left as he wants to be at SC. Heck, he could redshirt this year and then use his eligibility all the way to a second senior year. Who knows, maybe he’ll take something really educational his final year, like ballroom dancing.

What I’m saying is this is Mitch Mustain’s last shot. He came over here for a chance to show off his skills in an offense that favors them. He has the abilities and he has a good set of tools around him. Right now we’ve got a great set of coaches (anybody else as excited as I am for Monte?), a talented group of young men who have a thirst to win, and a shot at redemption for what was in our standards a lackluster year.

I say give Mitch a chance. Who’s coming with me?

Bradley Lord just wrote his first article for The Bleacher Report. He recently finished a 5 year tour of duty with the U.S. Marine Corps and now  resides in the San Francisco East Bay with his lovely wife, Stephanie. If you guys like what you see, let me know and I’ll see if I can find some other obscure nonsense to talk about. 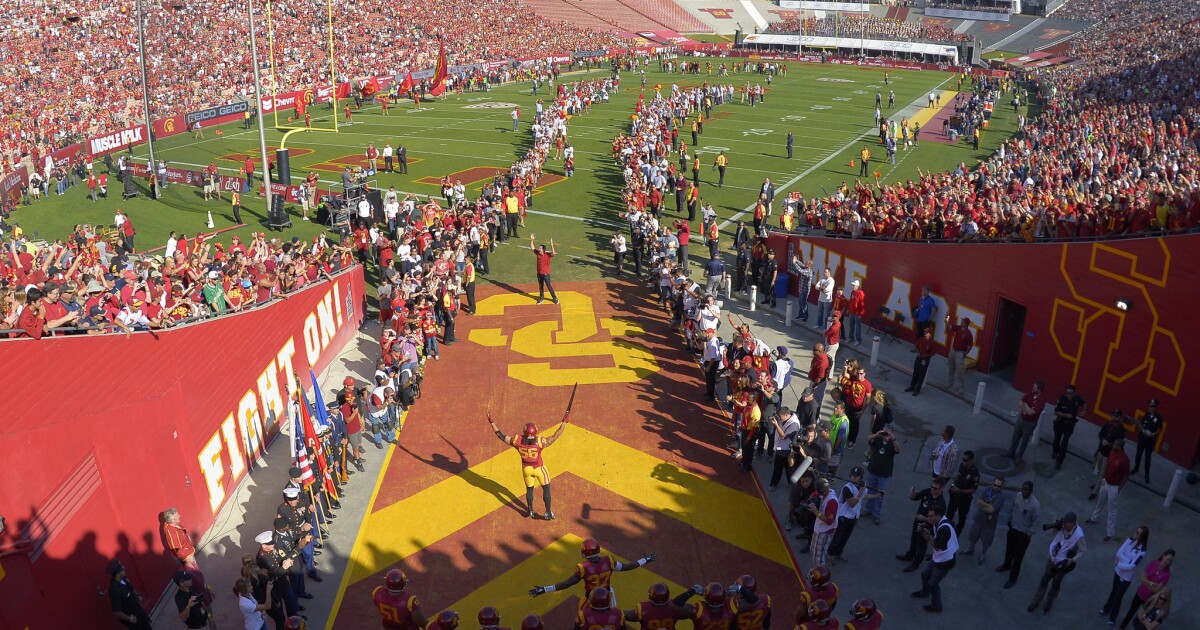