A pair of NBA legend Michael Jordan's signed, custom, game-worn Air Jordan 1s from the 1985-86 season has sold for $379,757 via auction on GottaHaveRockandRoll.com.

A fractured left foot sidelined Jordan for all but 18 games during the 1985-86 season. When he returned, Nike made a special modified version of the Air Jordan 1s to help with his rehabilitation by adding straps for extra support. They were never sold to the general public.

He came back on March 15, 1986. Two weeks later, the Bulls beat the New York Knicks thanks in part to Jordan scoring 24 points in 23 minutes.

The sneakers sold Friday are from that game, with Gotta Have Rock and Roll providing context.

"The same night the consignor of the shoes, watched Jordan play. The consignor's father played professional basketball in Italy and was friends with the official of the game, Roger McCann. After the game, Roger facilitated a meeting between Jordan and the consignor and his father, who was still a child at the time. Jordan took off both sneakers, signed both of them then gave the shoes to the consignor who took them home and placed them in a shoe box. Now, after 34 years, the shoes have come out of the box and are being offered for auction."

Jordan's foot appeared to be just fine later during that 1985-86 season when he scored 63 points in a playoff game against the eventual NBA champion Boston Celtics. He finished his career with six NBA titles, an Olympic gold medal and five NBA MVP awards. 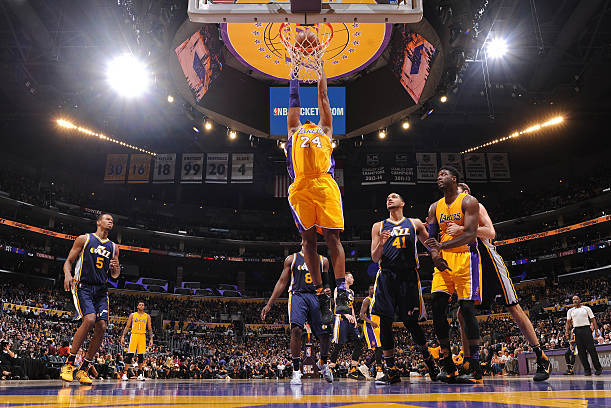