The Sacramento Kings have reportedly closed their practice facility after a member of their traveling party tested positive for COVID-19 on Sunday, according to Sam Amick of The Athletic.

Per that report, the practice facility "is not expected to reopen before the team departs for Orlando on Wednesday."

The NBA is set to restart on July 30 with 22 teams at the Walt Disney World Resort, though the closing of nearly one-third of team facilities this week in advance of travel to Orlando, Florida, in the coming days isn't the best sign.

Given the recent spike in coronavirus cases around the country, the NBA's restart has become more complicated, at the very least. The league is already proceeding without fans in attendance and with testing protocols and rules in place to keep players safe, but the increasing numbers around the country and the shutdown of multiple team facilities are cause for concern. 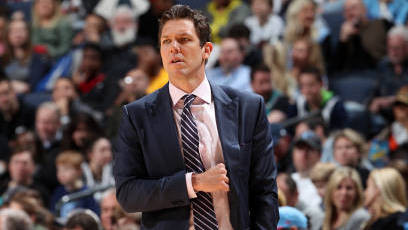 The NBA protocol asked players to stay in their residences, minus essential trips (practice facilities, groceries, etc.) from June 24 (date of first league-initiated testing) until departure to Orlando this week. Scan of social media would tell you that hasn't happened.

Players who tested positive within the last couple days really shouldn't be traveling for more than a week from now, at best. Add some more quarantine time upon arrival and you're looking at 8-9 days of training with their teams before the restart begins. Eesh.

For the time being, the season is on track to resume.