The continued evolution of the tight end position creates opportunities for savvy play-callers who understand how to properly incorporate potential mismatches in the passing game.

The Kansas City Chiefs, San Francisco 49ers and Philadelphia Eagles already know how to utilize their tight ends to the fullest, maximizing their offenses with Travis Kelce, George Kittle and Zach Ertz, respectively.

The Minnesota Vikings have an opportunity to do the same, but not with current "starter" Kyle Rudolph. Last year's second-round pick, Irv Smith Jr., has the potential to surpass everyone in his draft class and become an elite target.

"I think there's a big, big upside here," Vikings offensive coordinator Gary Kubiak said, per the St. Paul Pioneer Press' Dane Mizutani. "... He really enjoys coming to work every day and he's benefited from sitting back there right next to Rudy every day and watching a seasoned pro go about it. I think there's a lot more there, and he's going to give it to us, and I've got to make sure that I get him in position to do that."

A year ago, two tight ends heard their names called during the first round of the NFL draft. The Detroit Lions chose Iowa's T.J. Hockenson with the eighth overall pick, while the Denver Broncos selected his collegiate teammate, Noah Fant, 12 picks later.

Smith didn't come off the board until the 50th overall selection despite being only 20 years old and tying for first in the class at 2.56 yards per route run, per Pro Football Focus.

Hockenson held the edge because many viewed him as a Rob Gronkowski-like talent in that the 2018 John Mackey Award winner is a Y-tight end with the ability to contribute at a high level as a true in-line option. His highlight reel-worthy blocking and overall athleticism made him a complete prospect, hence his eventual draft status. 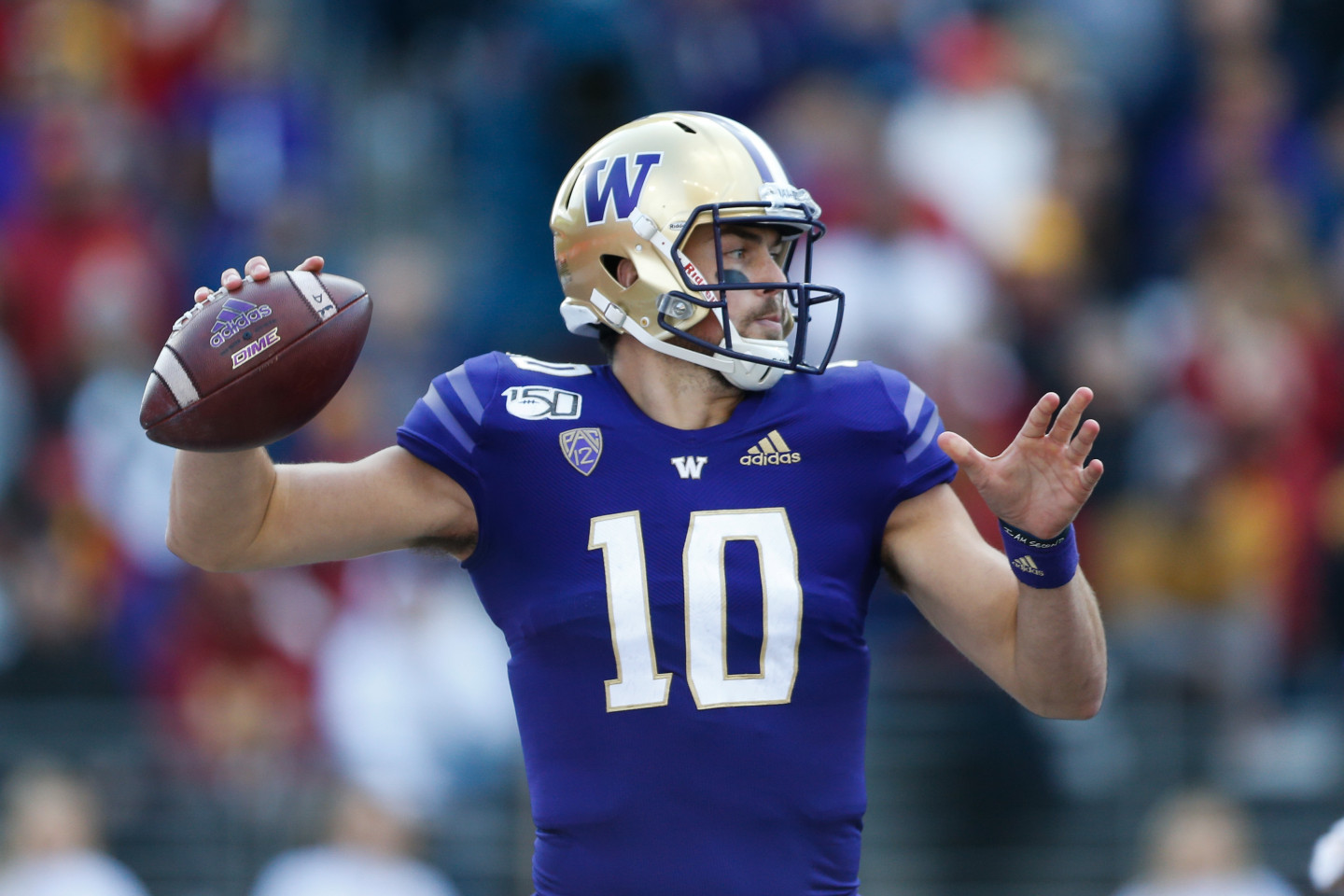 Fant, on the other hand, earned recognition as the group's best athlete. The then-21-year-old tight end ranked first in SPARQ (speed, power, agility, reaction and quickness) and finished in the 99th percentile among NFL tight ends, according to Three Sigma Athlete's Zach Whitman. Fant then led all rookie tight ends last season with 40 receptions for 562 yards.

The potential with the '19 tight end class is outstanding in general, but Smith is positioned best to take the biggest step during the '20 campaign and surpass his classmates after the top three finished with similar production during their rookie campaigns.

Smith's implementation was a slow burn throughout his first season. Minnesota didn't fully integrate him into the game plan until November. In fact, quarterback Kirk Cousins targeted the tight end more than three times only once during the season's first two months, and his extended play coincided with a significant injury.

"Since [Adam] Thielen has been out since the Detroit game, we've had other players step up," Vikings general manager Rick Spielman said in late November, per ESPN's Courtney Cronin. "All of a sudden Irv Smith becomes a big part of the offense. You're seeing him get split out not just at the tight end position, but they're moving him to the slot, they're moving him outside. Because he's a very good athlete to create those types of mismatches."

The rookie's pedigree came to the forefront.

His father, Irv Smith Sr., played seven seasons in the NFL. As such, it should come as no surprise the younger Smith is a relatively smooth route-runner and capable blocker. He is also excellent at creating extra yardage after the catch despite averaging only 8.6 yards per reception as a rookie.

Head coach Mike Zimmer elaborated on his skills in November:

"Well, he's a guy that we can use sometimes as a receiver, sometimes as a tight end, so you're not sure if you're going to get nickel or you're going to get the base defense when he and Kyle are in there together. But we can exploit those two areas by either running against little guys or throwing against big guys, so I think that having a weapon like him has been really good."

Minnesota's coaching staff made a mistake by not incorporating Smith more down the stretch. Cousins didn't target him once during the team's wild-card win over the New Orleans Saints. But Kevin Stefanski's misstep as the team's previous offensive coordinator can serve as a lesson for Kubiak.

Whereas Thielen's hamstring injury created opportunities for the rookie last season, Stefon Diggs' departure should have a similar effect this year as first-round rookie Justin Jefferson acclimates to the professional game.

The Lions didn't make many significant offensive changes aside from drafting running back D'Andre Swift in this year's second round, yet Hockenson's overall usage doesn't inspire faith in Detroit's approach.

Last year, the organization signed Jesse James in free agency before drafting Hockenson. Despite the amount of talent at the position, the Lions used two or more tight ends 26 percent of the time last season, according to Sharp Football's Warren Sharp.

For comparison, the Vikings had at least two tights on the field 54 percent of the time. But even with a heavy reliance on the position from a formation perspective, Rudolph and Smith weren't effectively used on a consistent basis. The duo accounted for 21.5 percent of Minnesota's target share under Stefanski's supervision.

An uptick should be expected with Kubiak taking the reins.

According to Cronin, tight ends have averaged a 23 percent target share during Kubiak's 21 seasons as a head coach or offensive coordinator.

Stefanski did well adjusting his scheme to fit the veteran coaches already on staff, which helped him become the Cleveland Browns head coach. But a significant difference exists when a squad moves from a first-time play-caller to one as experienced as Kubiak. Everyone, especially the tight ends, should benefit.

Rudolph's presence remains somewhat of an obstacle for Smith, though the veteran doesn't offer the same versatility as the second-year tight end. Also, the Vikings could easily look to shift priorities. Rudolph turns 31 later this year. His contract becomes far more manageable after the upcoming season, too. Minnesota can save $5.1 million by releasing the two-time Pro Bowler next offseason, per Spotrac.

All signs point toward Smith becoming a significant part of the Vikings offense, which gives him an edge as TE1 in the '19 class and a chance to make his mark alongside the very best at the position.